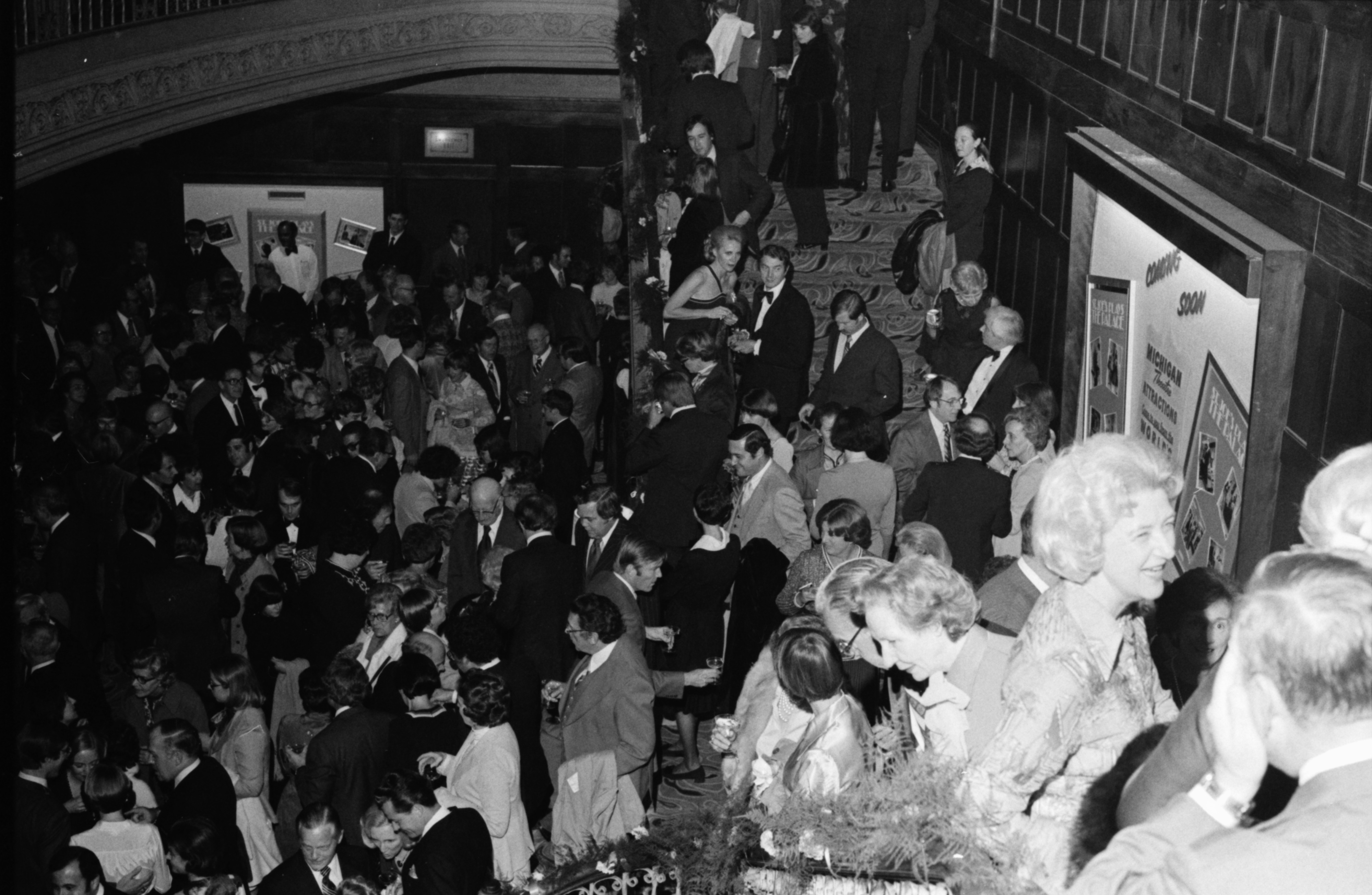 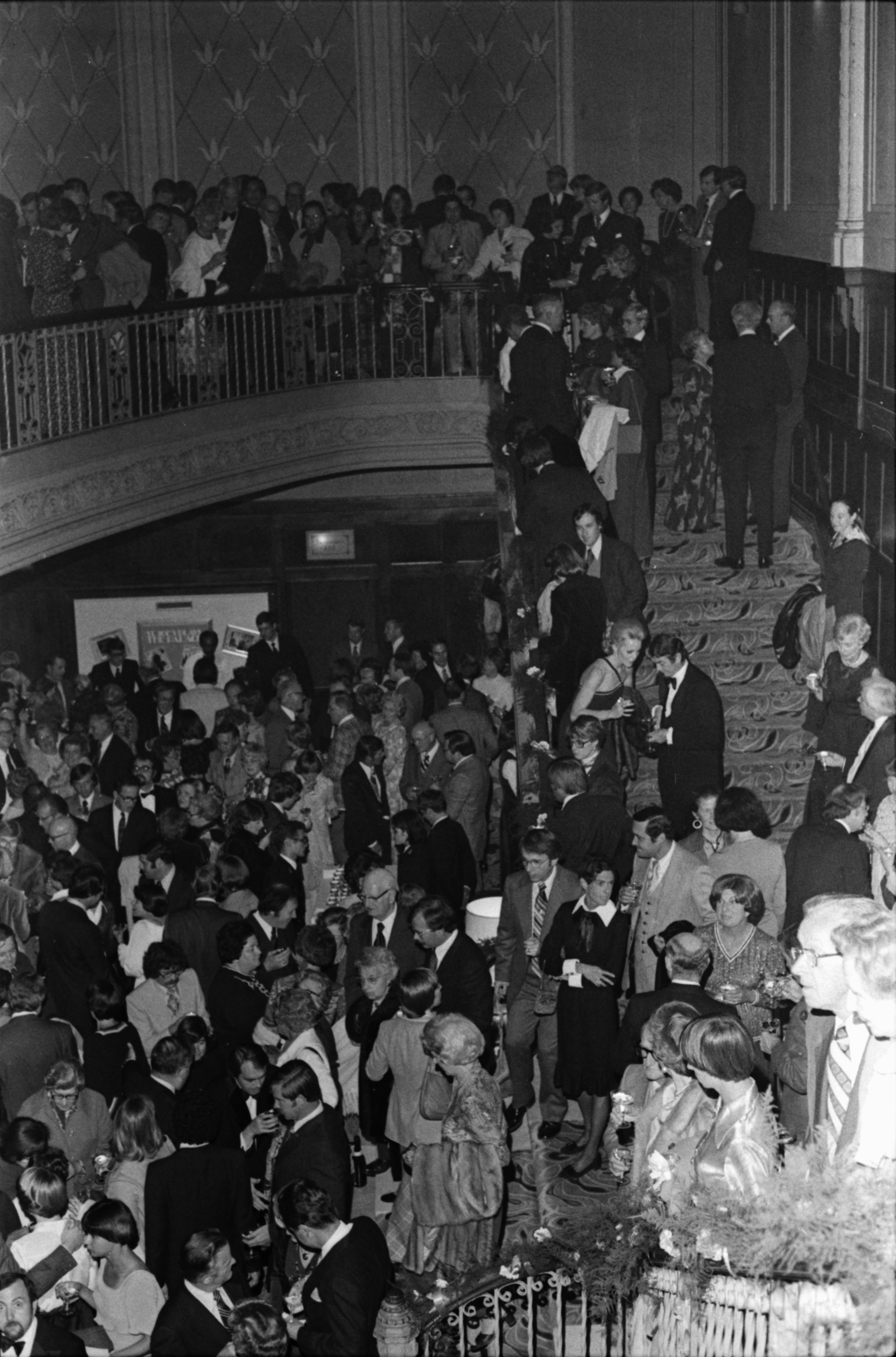 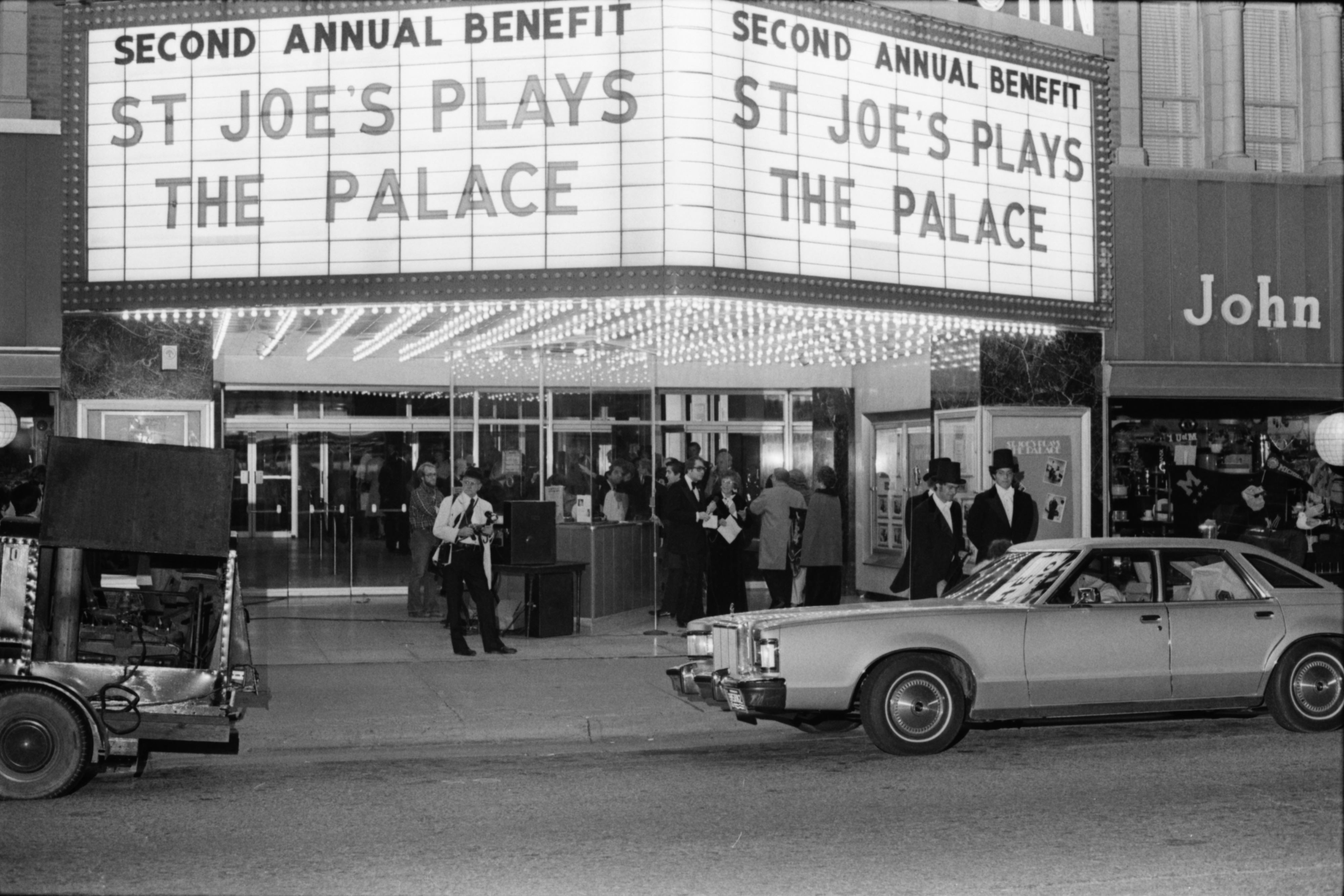 Tempting advertising for "The Birds" in the Michigan Theater lobby, May 1963 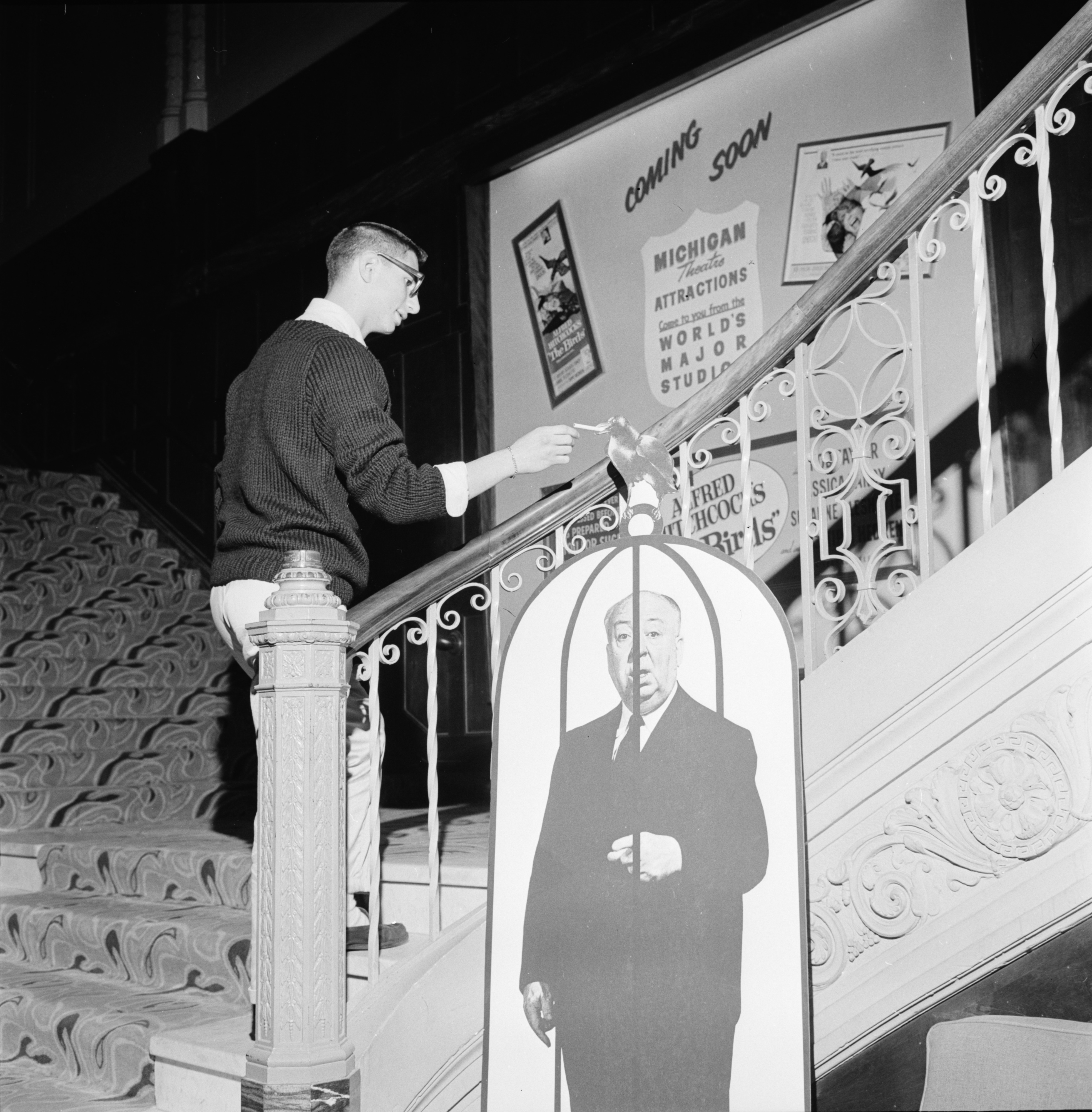 Published In
Ann Arbor News, May 3, 1963
Caption
MINOR LARCENY ON A MAJOR SCALE: Manager Gerald Hoag of the Michigan Theater "tested" patrons' resistance to temptation in a light sort of way with a lobby display for a coming movie, "The Birds." He inserted an unlighted cigaret in the beak of the pasteboard bird and instructed an assistant to replace it as needed. Passersby on their way to the balcony helped themselves to 2 1/2 packs' worth in an afternoon.
Copyright
Copyright Protected 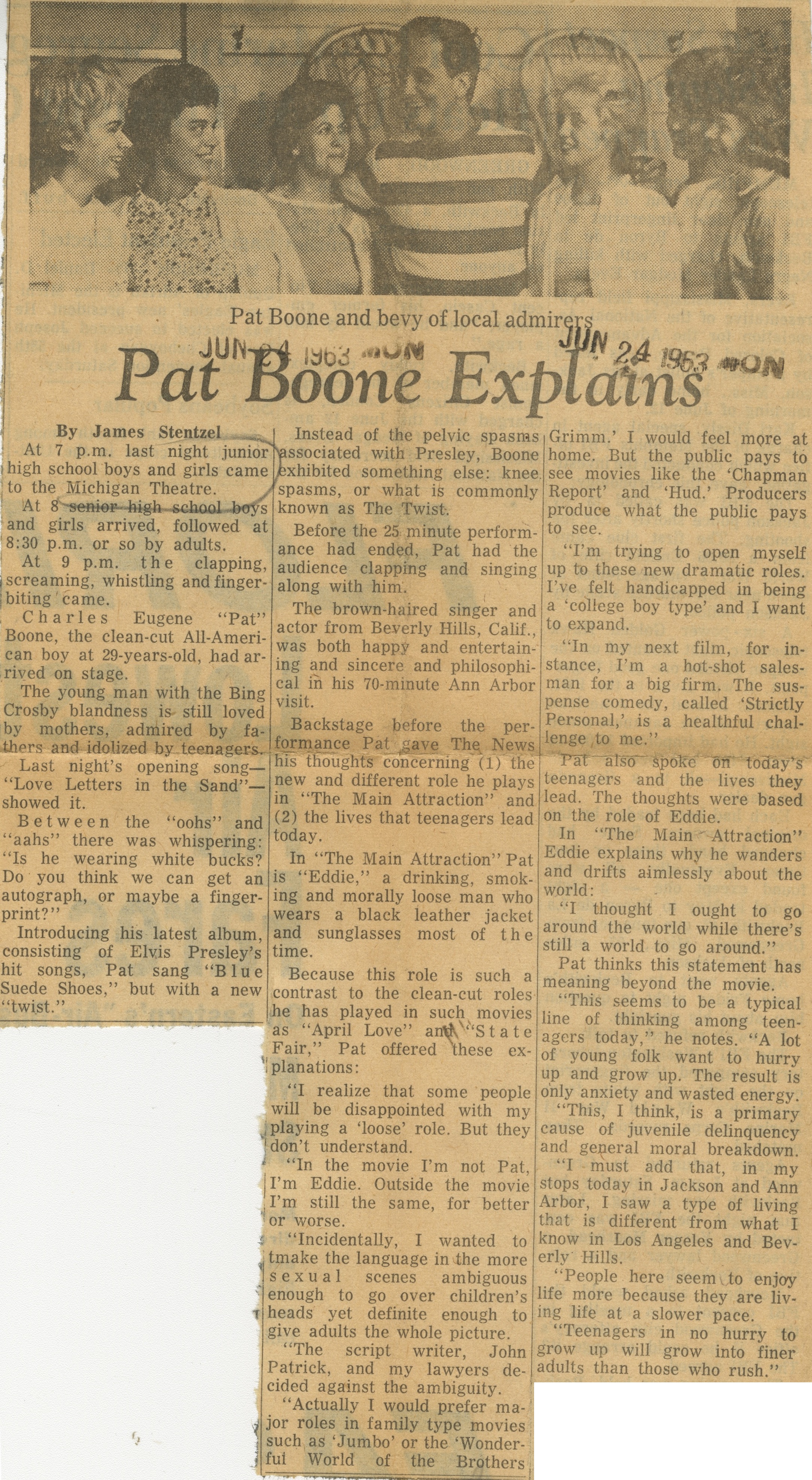 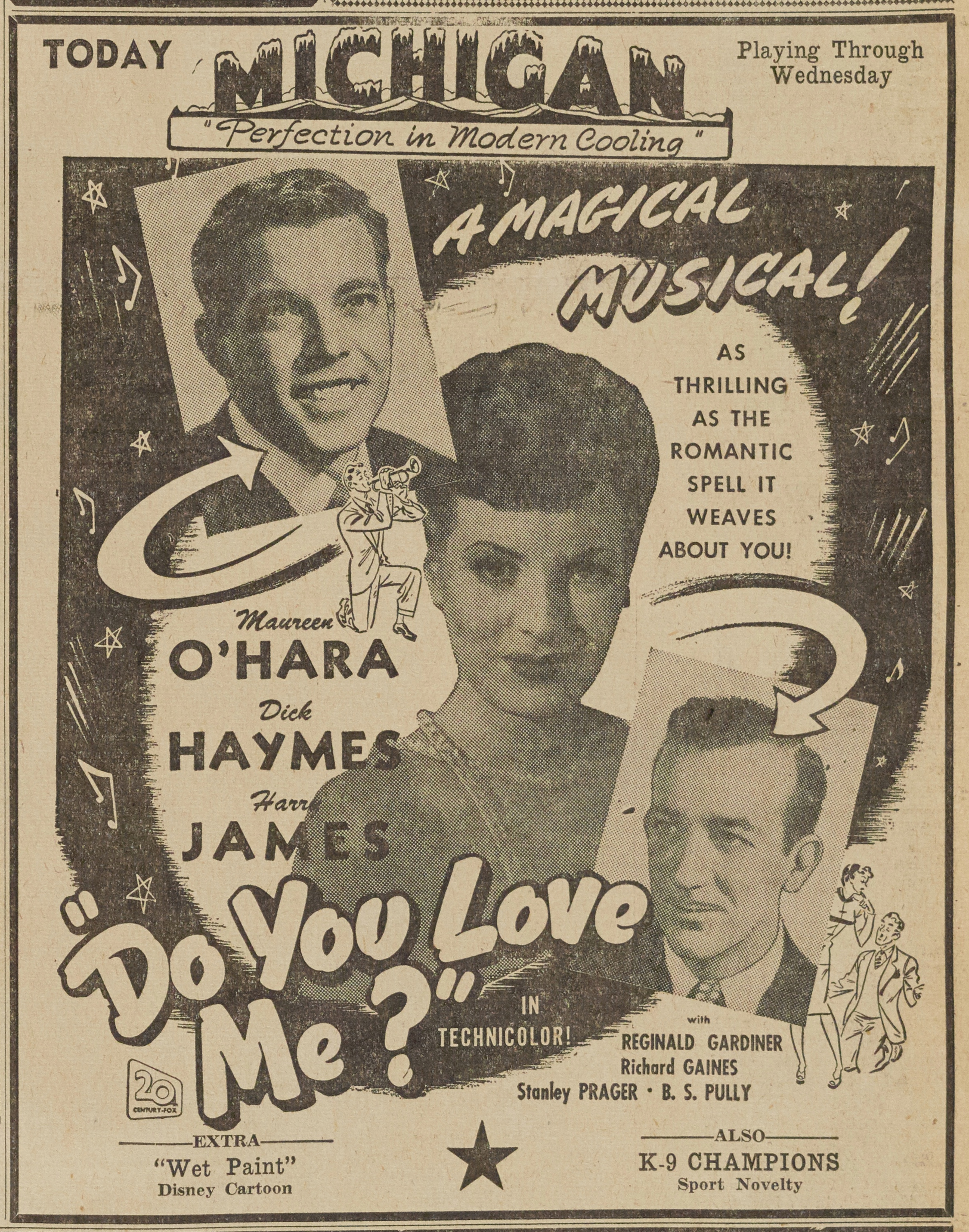 Shirley W. Smith at the "author's premiere" in front of the Michigan Theater, May 1949 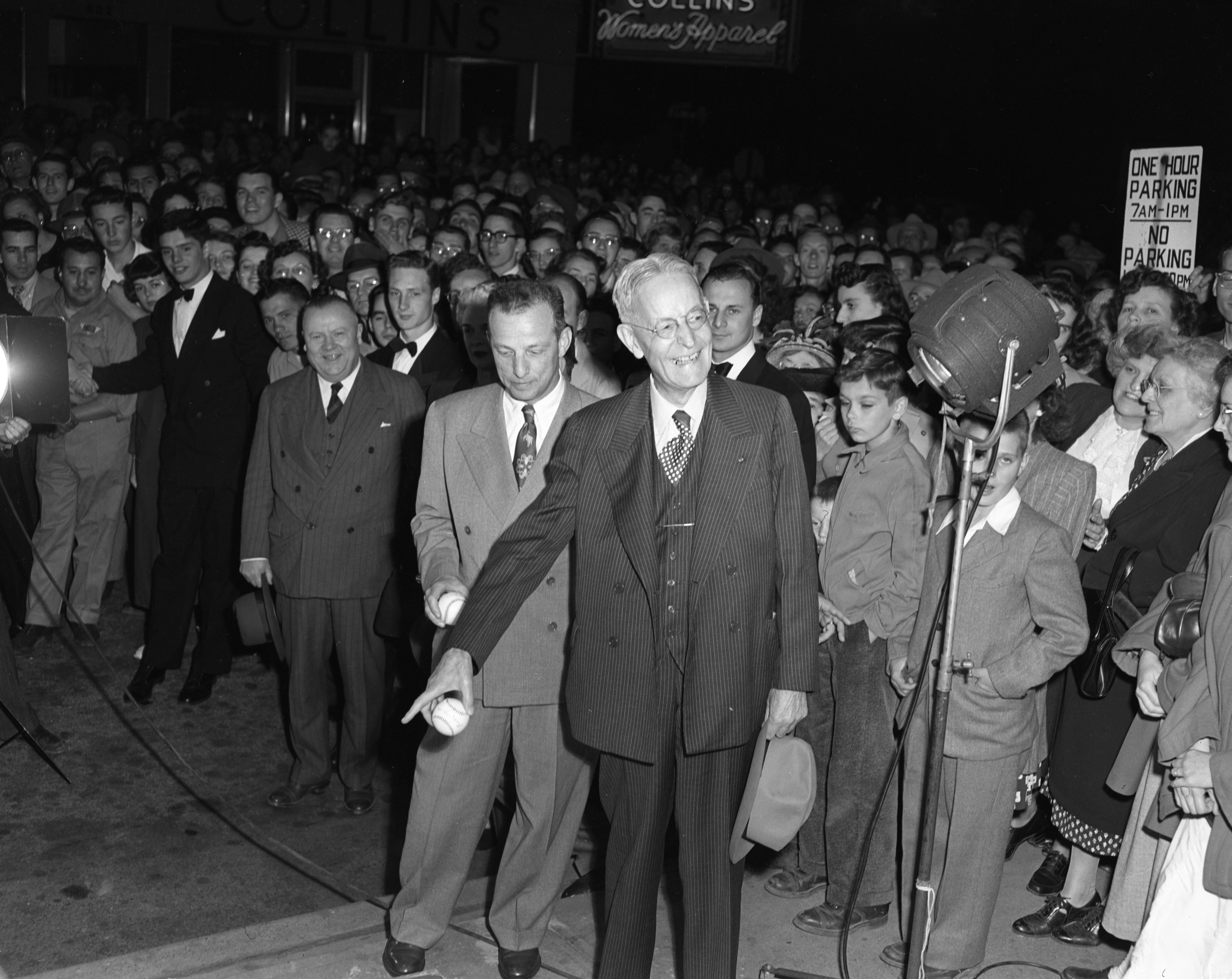 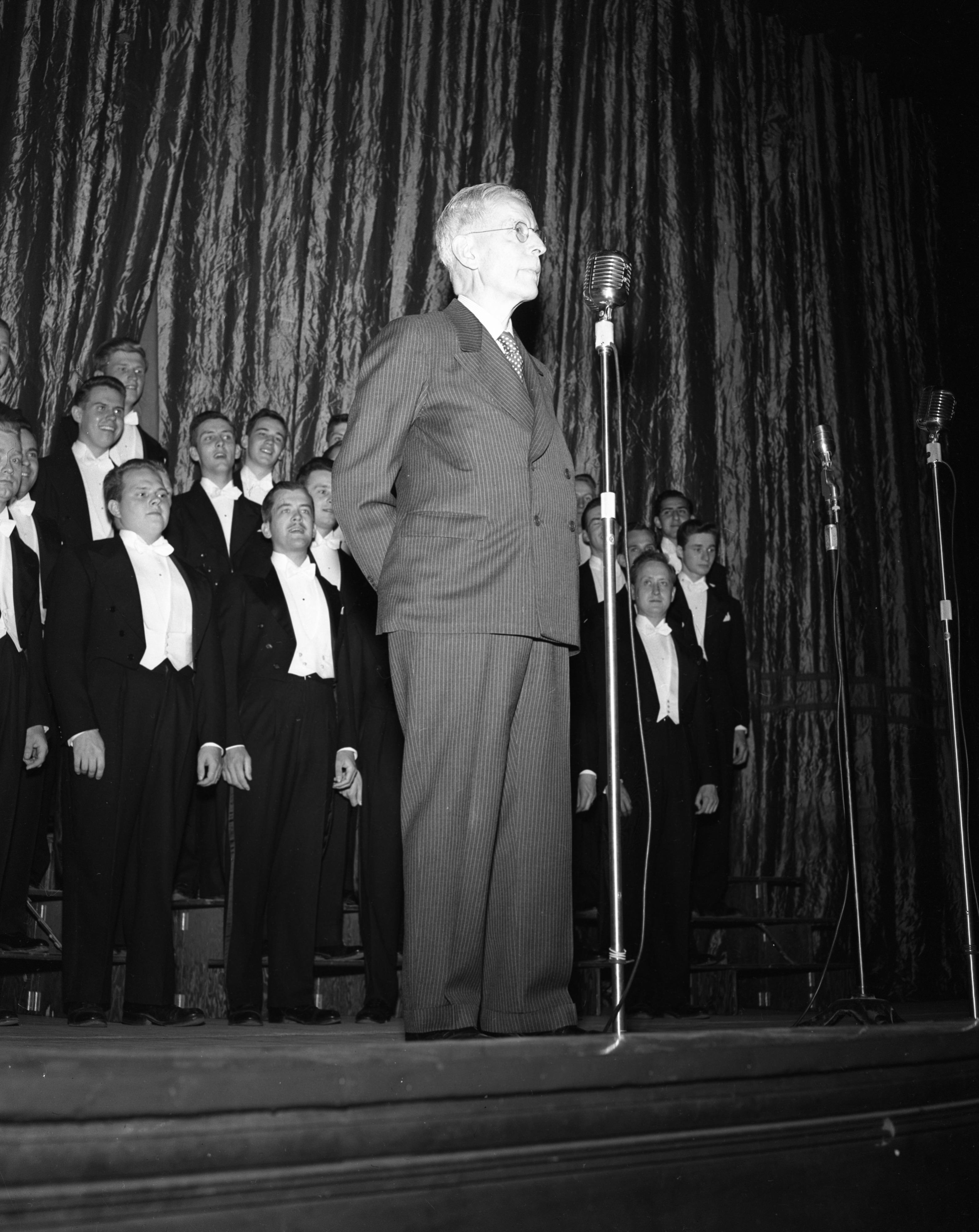 Published In
Ann Arbor News, May 8, 1969
Caption
SHIRLEY W. SMITH (Puts Foot Down) Shirley W. Smith, University vice-president emeritus and author of the story made into the motion picture "It Happens Every Spring," has put down his foot. He says he will sidestep plans to put his footprint in wet cement in front of the Michigan Theatre for a newsreel. Instead, Valentine Davies, 1927 U-M graduate and author of the movie script, will put his foot in it.
Copyright
Copyright Protected
Subscribe to 603 E Liberty St