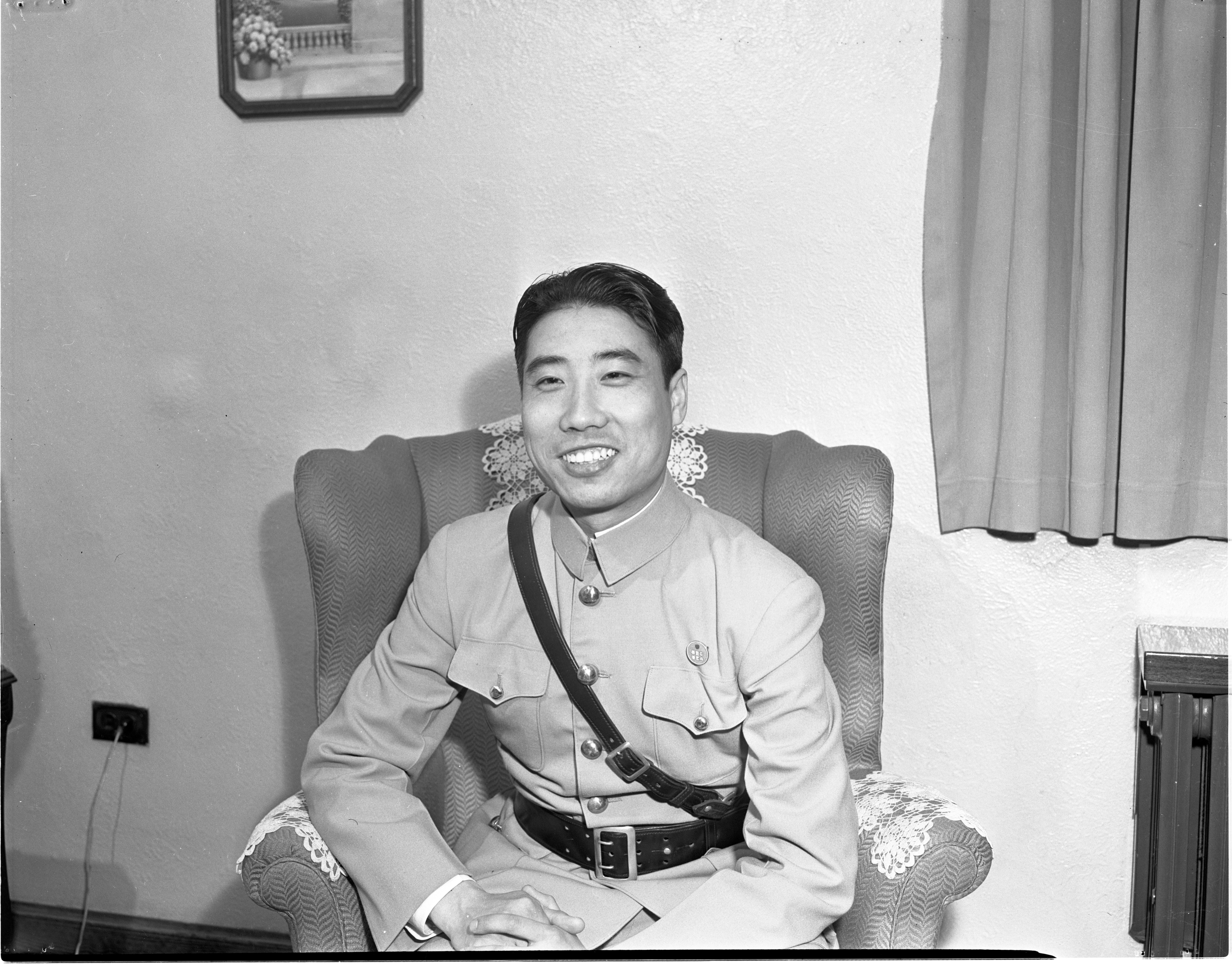 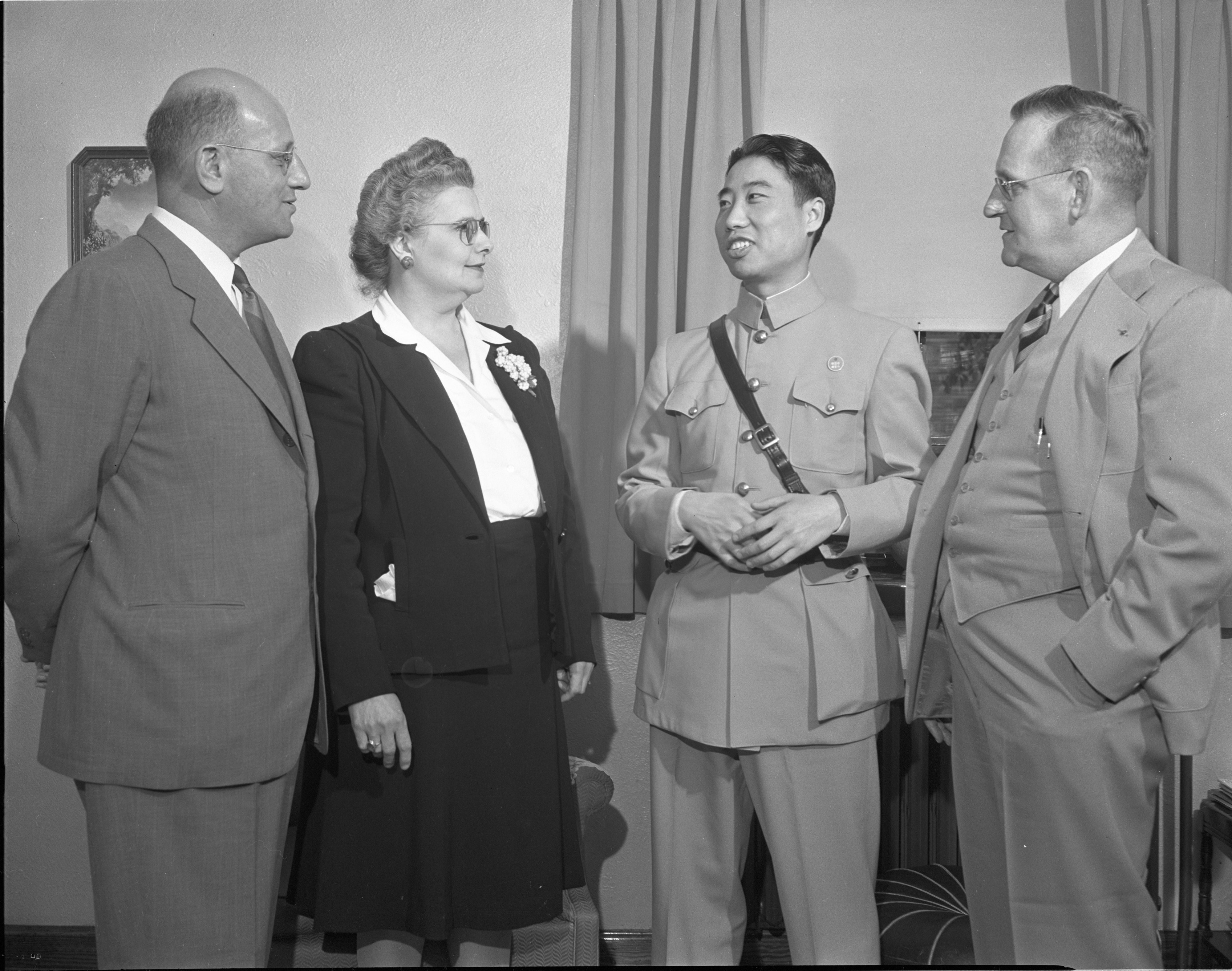 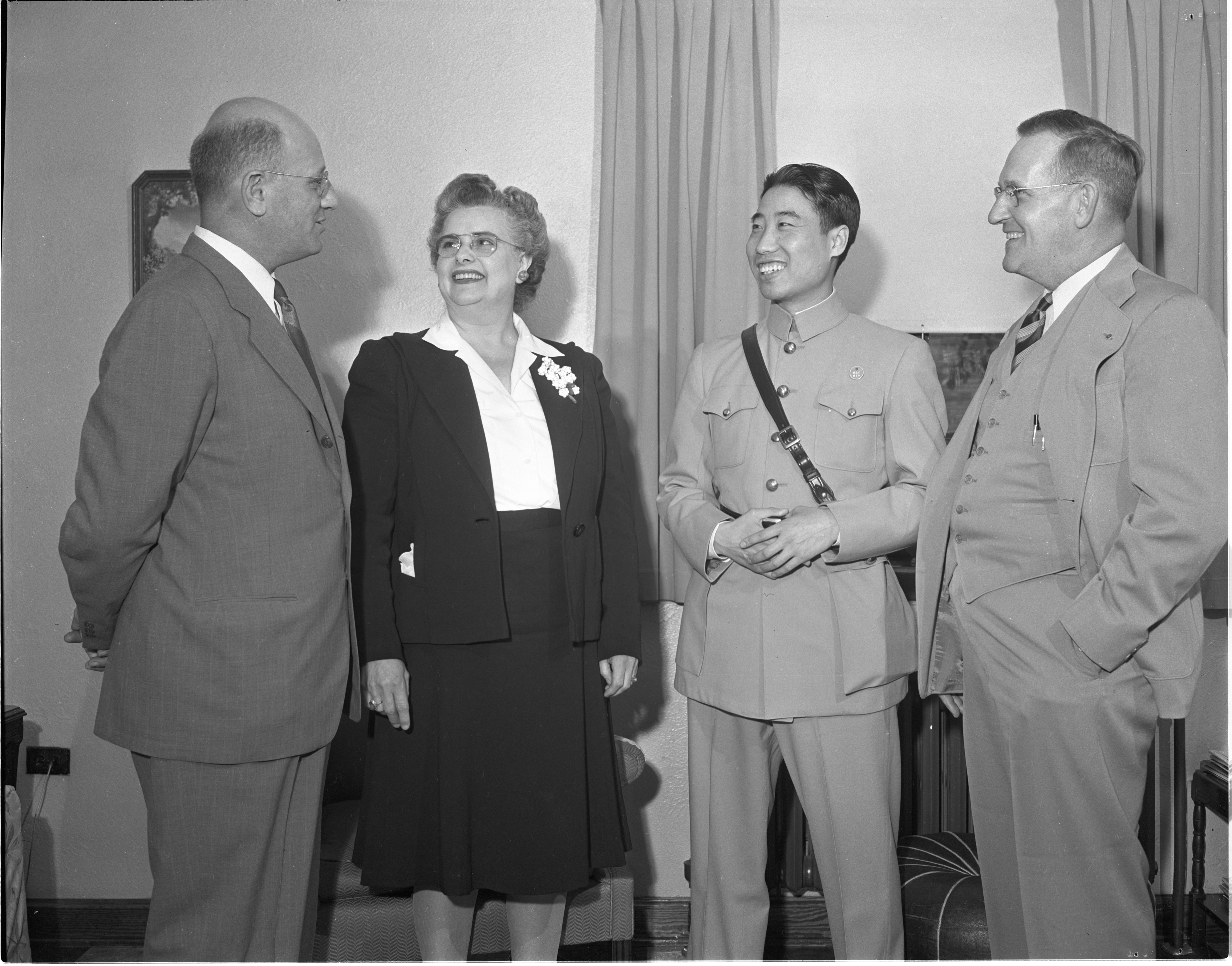 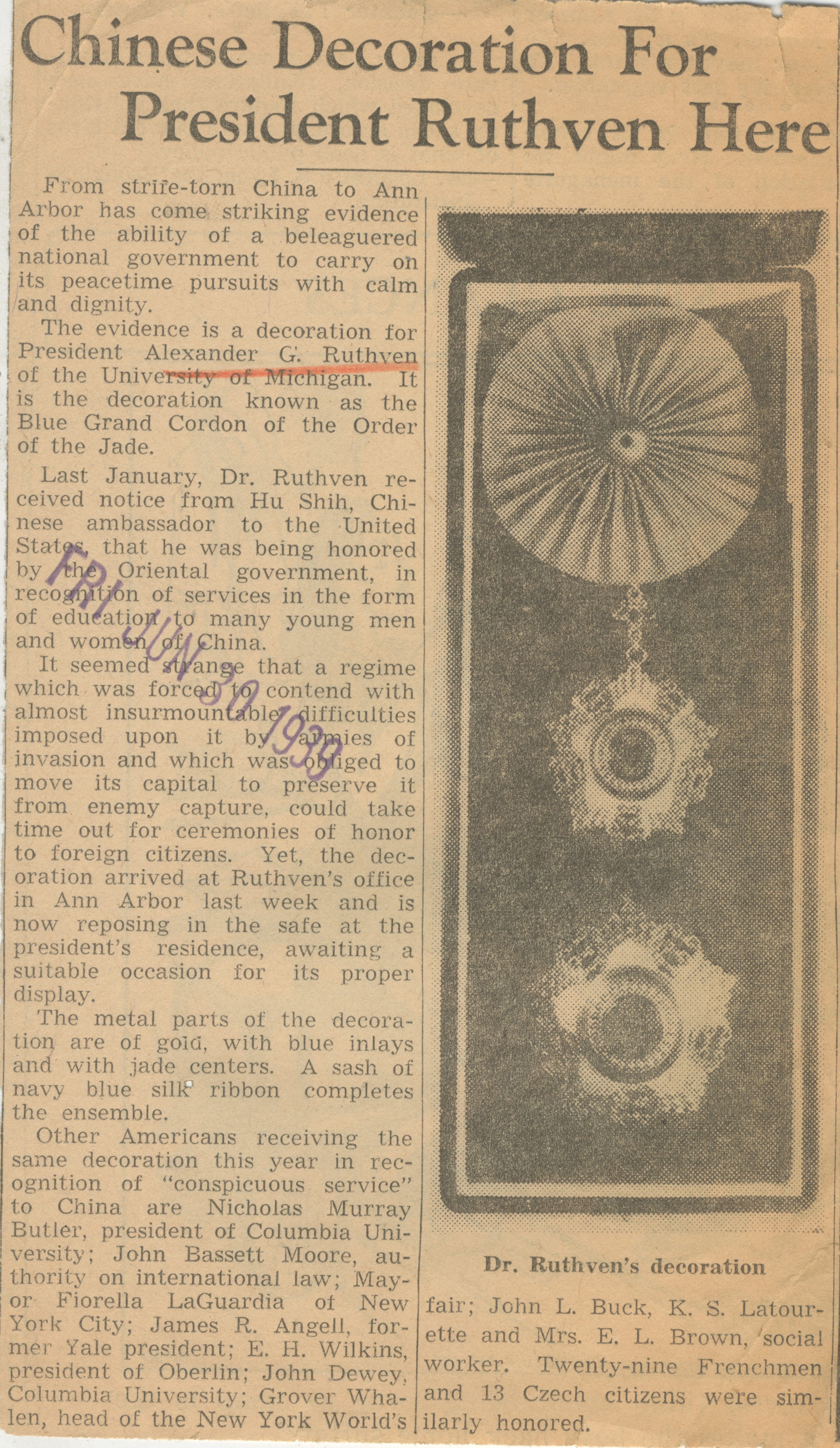 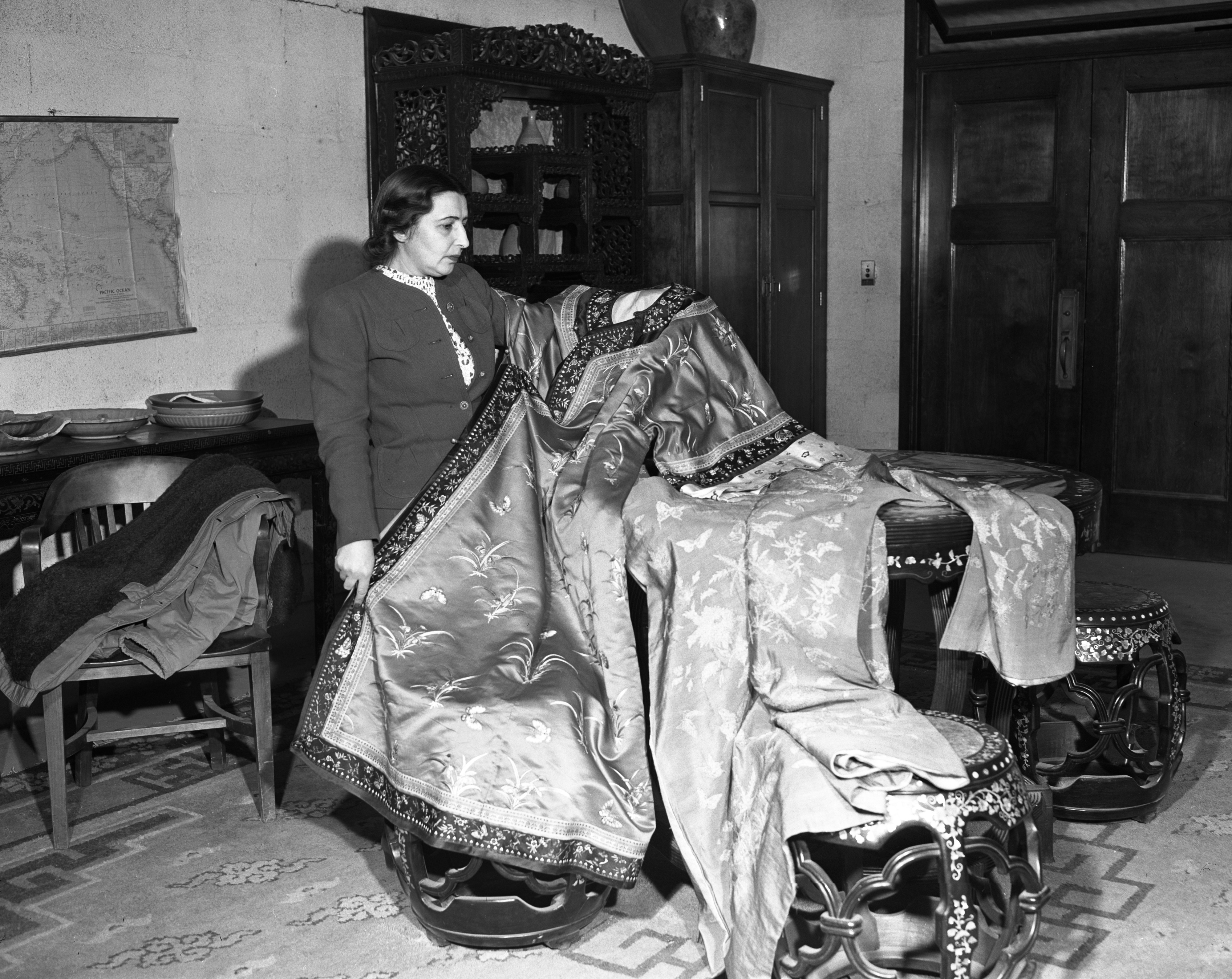 Published In
Ann Arbor News, January 5, 1948
Caption
Colorful Chinese Robes Shown in Campus Exhibit Mrs. Kamer Aga-Oglu, assistant curator of the Division of the Orient in the University's Museum of Anthropology, displays two of the Chinese garments included in the Museum's collection of Chinese ceremonial robes of the Ch'ing dynasty The table and drum chairs in the picture are part of a collection of Chinese furniture which was donated to the University Museum by the Chinese government following the World Exposition in New Orleans in 1884. The furniture is marble-topped, and the hard wood is inlaid with foliage designs in mother-of-pearl.
Copyright
Copyright Protected

Memorial Scroll From The Chinese Funeral Of Lt. Douglas A. Cowin, January 1947 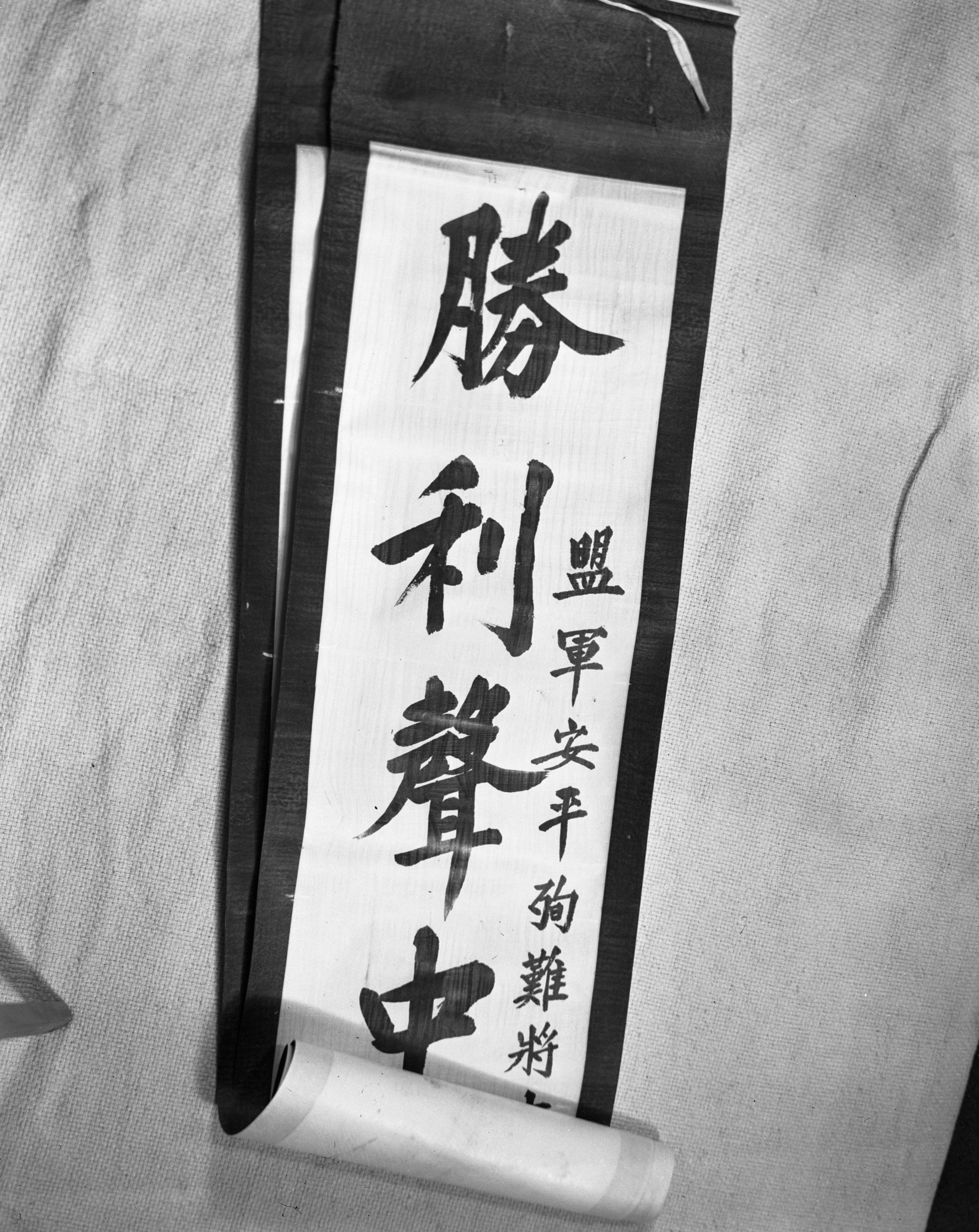 Published In
Ann Arbor News, January 11, 1947
Caption
SERVICES FOR LOCAL MARINE: Shown above, left, is the stage of the Graar Chine Theater, at An Ping, China, where funeral services were held for Lt. Douglas A. Cowin, slain Marine son of Rev. and Mrs. Fred Cowin of 1621 Granger Ave., Ann Arbor. To the right is a close-up of one of the memorial scrolls on which is written part of a funeral ode. As a gesture of sympathy the Cowins received this week complete sets of pictures of the funeral which was held in August, and several sets of scrolls sent to the services by townspeople, Chinese officials and the commander of the 94th division of the Chinese Army. Cowin and three other U. S. Marines were killed in an ambush near An Ping on July 29.
Copyright
Copyright Protected 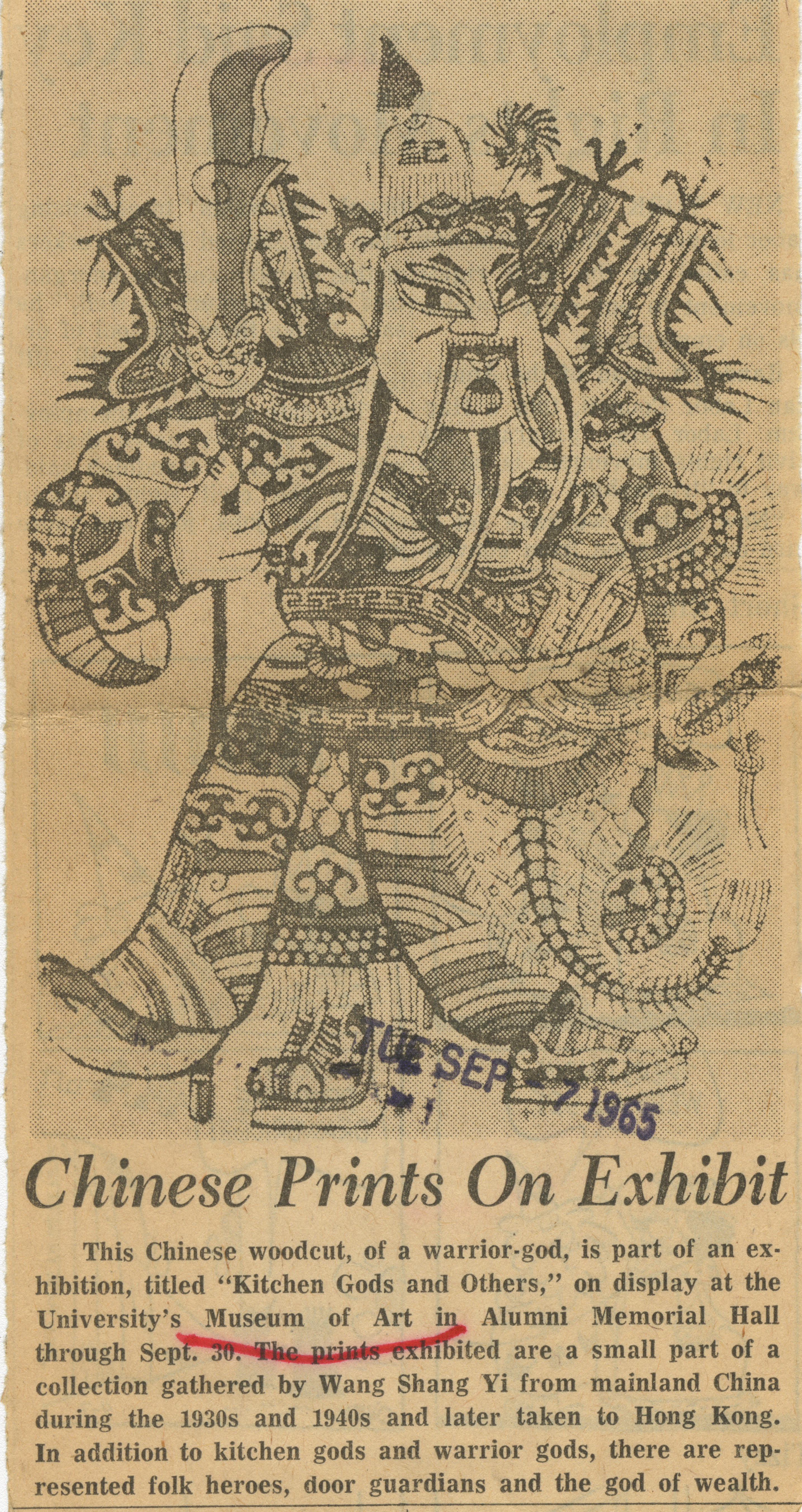 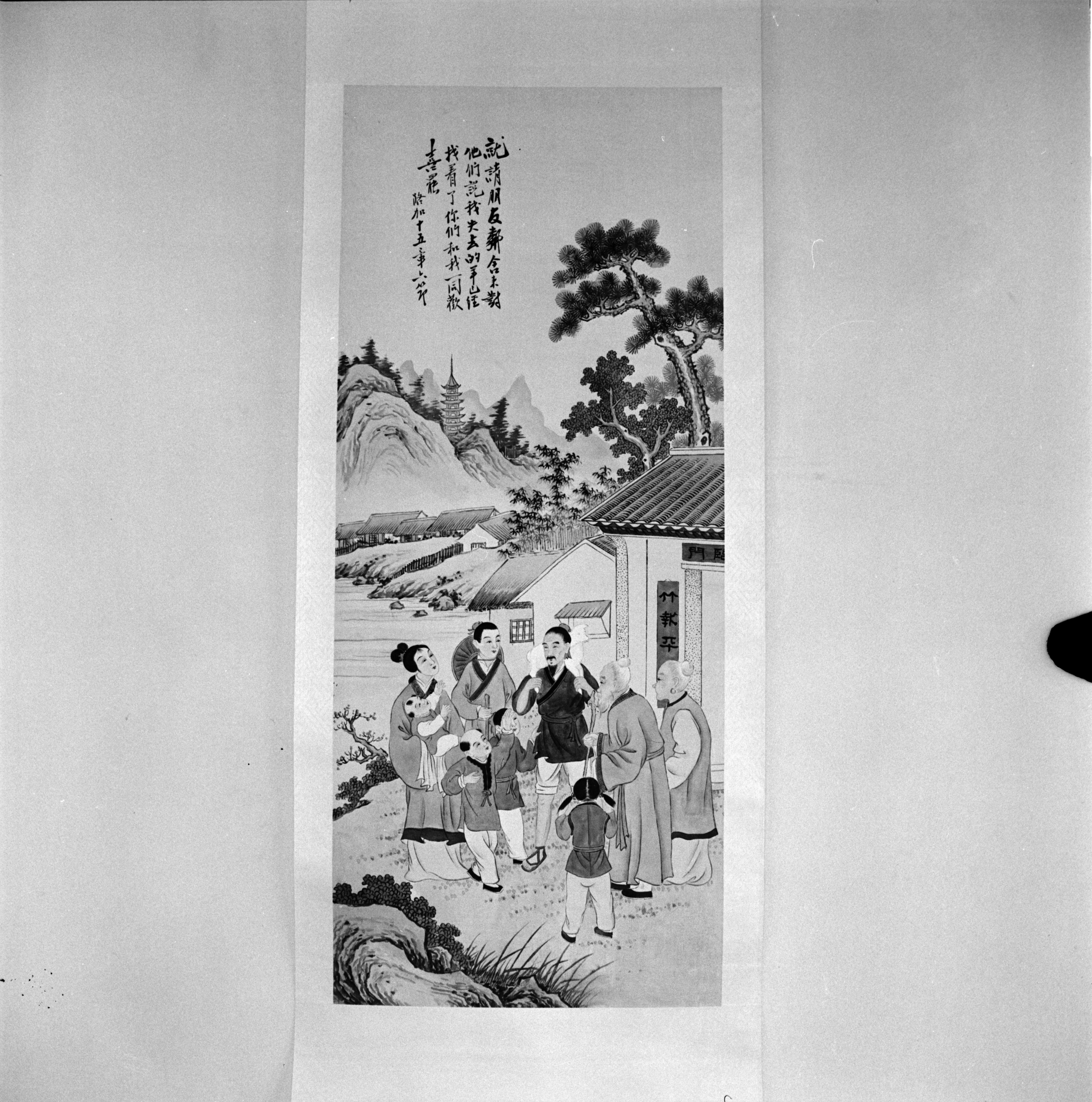 Published In
Ann Arbor News, April 22, 1966
Caption
New Wall Hanging This Chinese wall hanging is one of four added to the permanent art collection at the Church of the Good Shepherd, United Church of Christ. Painted by a Chinese refugee in Hong Kong, the hangings depict the story of the Good Shepherd. The one above shows neighbors rejoicing with the shepherd who has found his lost sheep. It is traditional in many churches, both Protestant and Catholic, to read the Biblical story of the Good Shepherd on the second Sunday after Easter, and this custom will be followed at the local church. Interested persons may view the wall hangings at the church, 2145 Independence Blvd, at any time.
Copyright
Copyright Protected 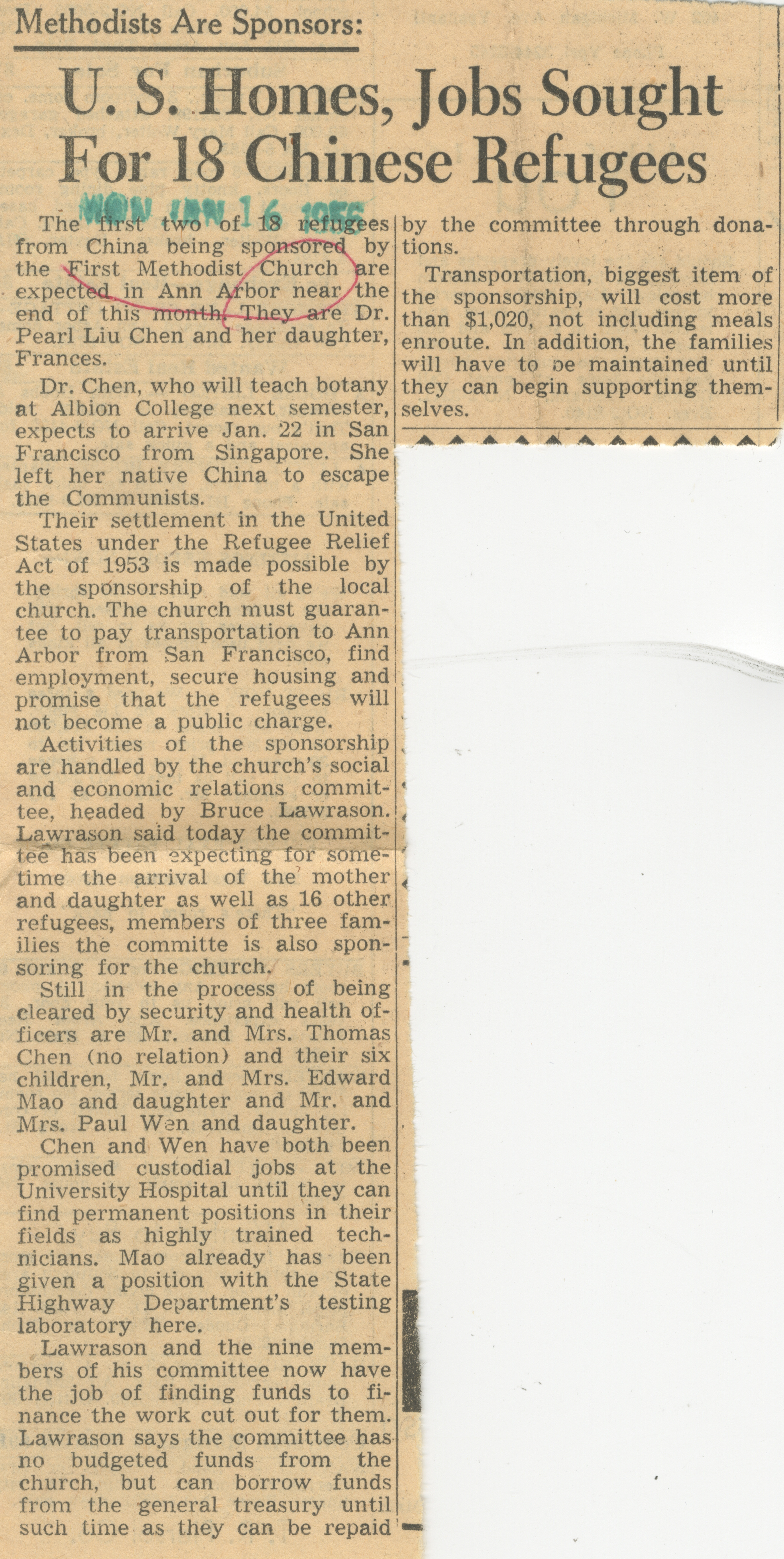