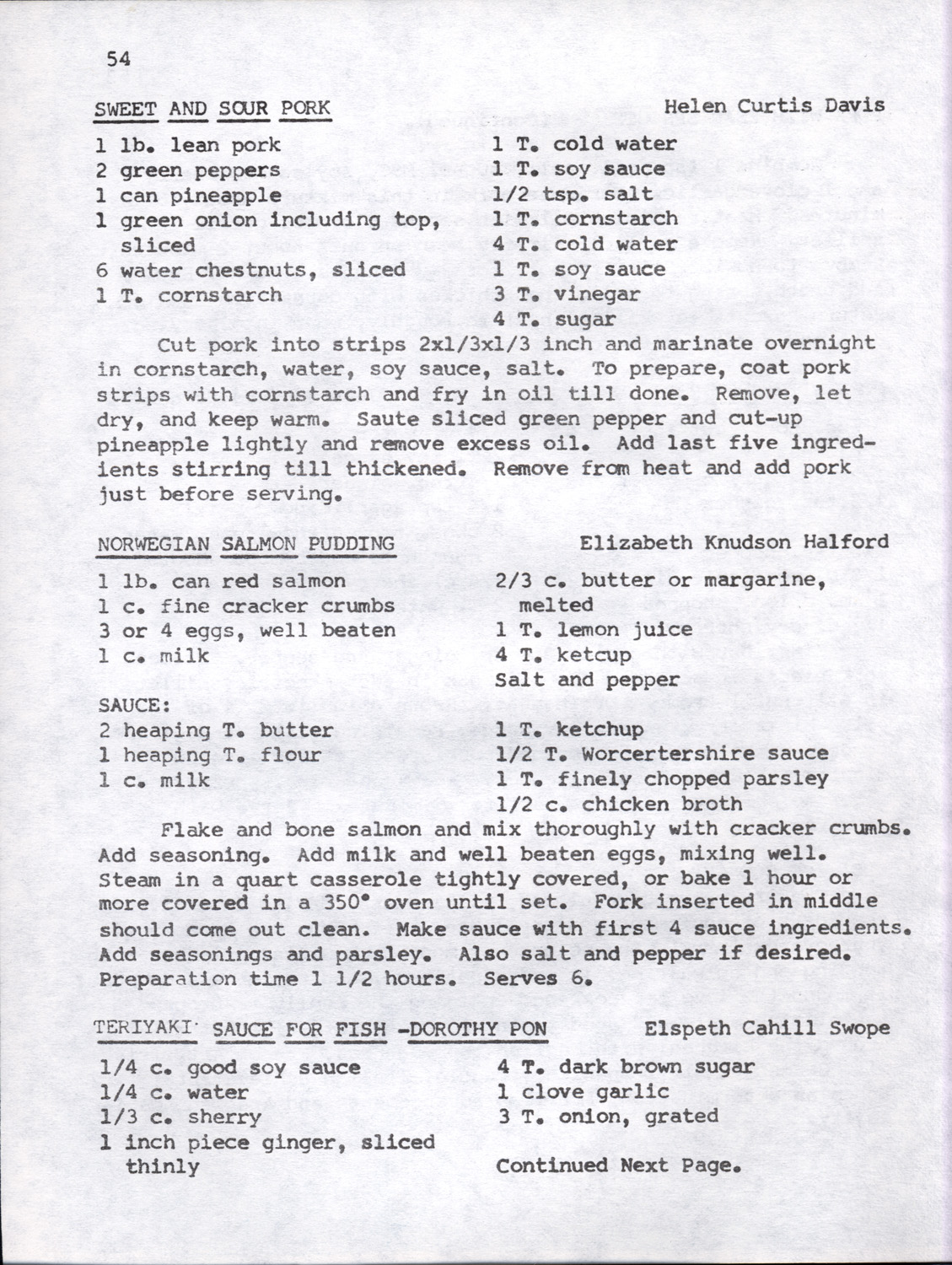 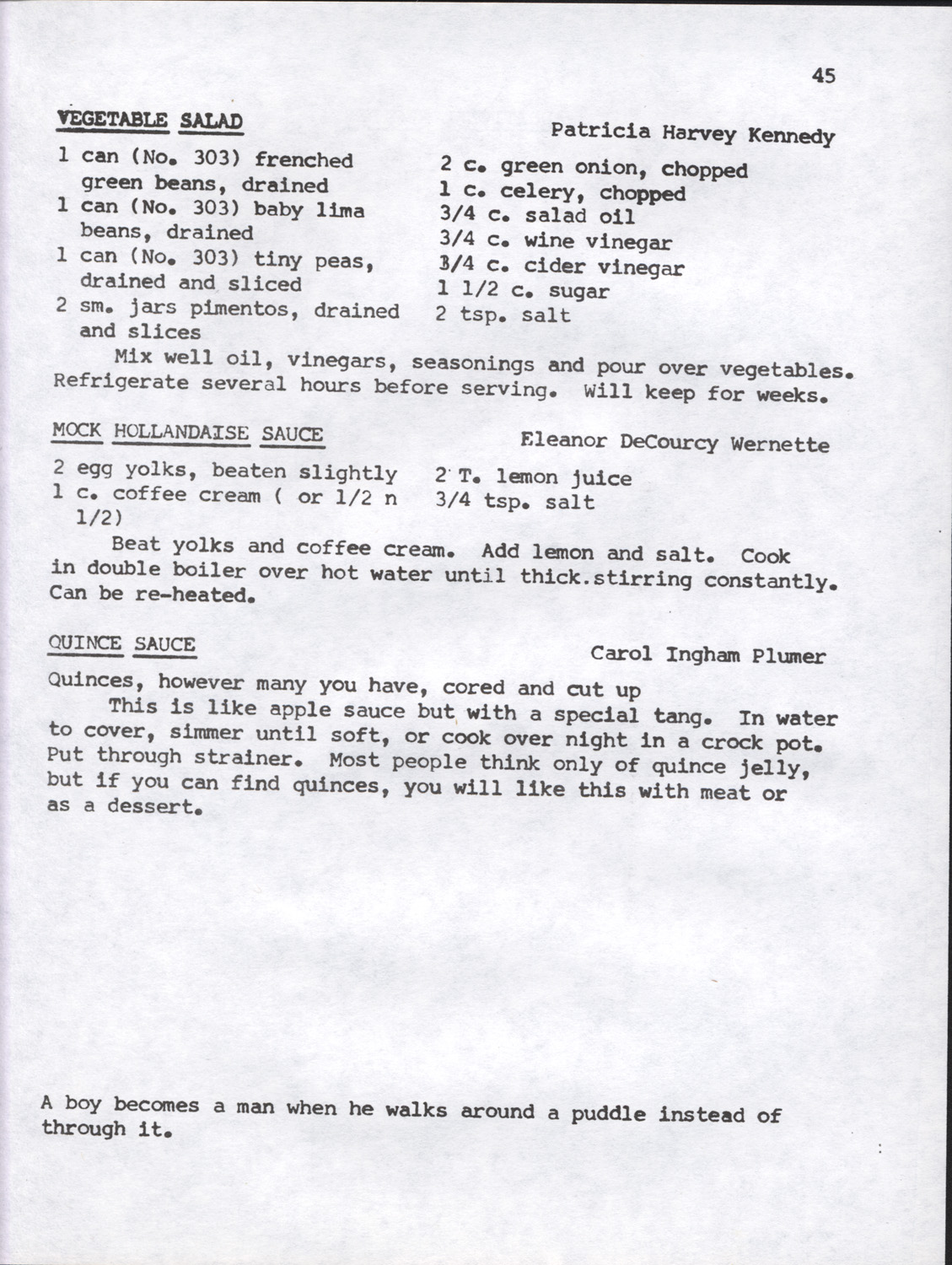 Beat yolks and coffee cream. Add lemon and salt. Cook in double boiler over hot water until thick. stirring constantly. Can be re-heated. 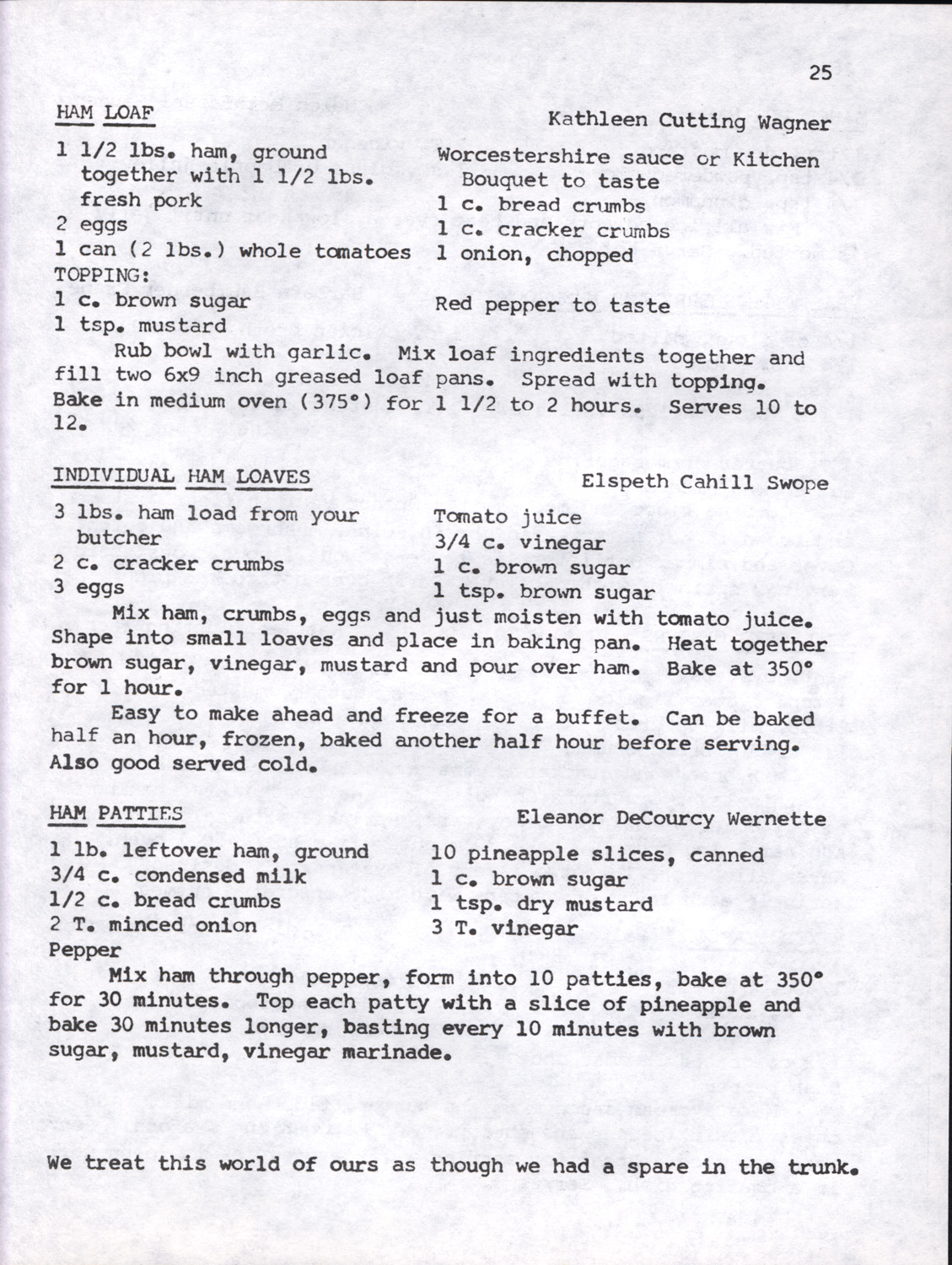 Mix all ingredients and heat over a slow heat until jelly is melted. 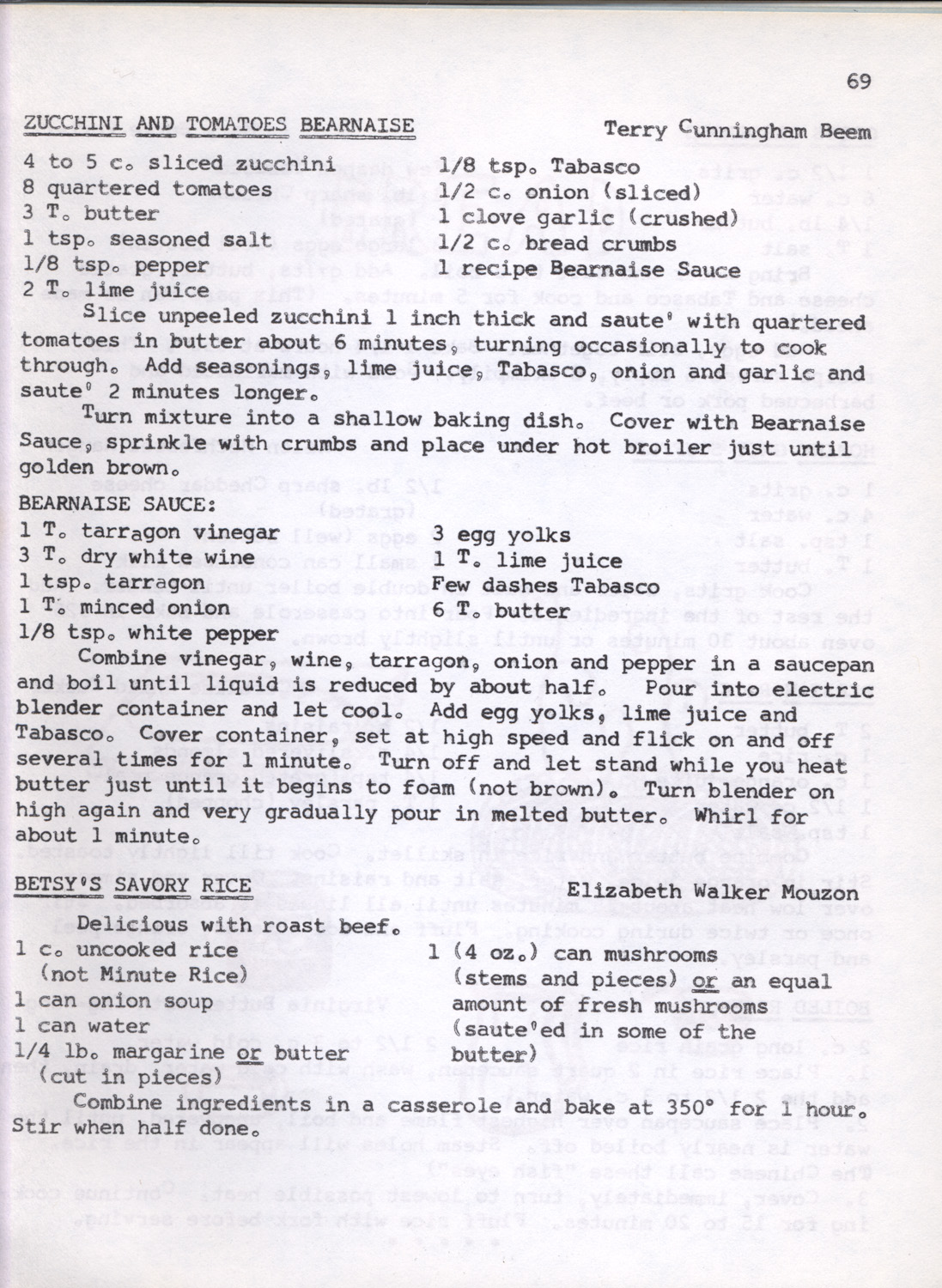 Combine vinegar, wine, tarragon, onion and pepper in a saucepan and boil until liquid is reduced by about half. Pour into electric blender container and let cool. Add egg yolks, lime juice and Tabasco. Cover container, set at high speed and flick on and off several times for 1 minute. Turn off and let stand while you heat butter just until it begins to foam (not brown). Turn blender on high again and very gradually pour in melted butter. Whirl for about 1 minute. 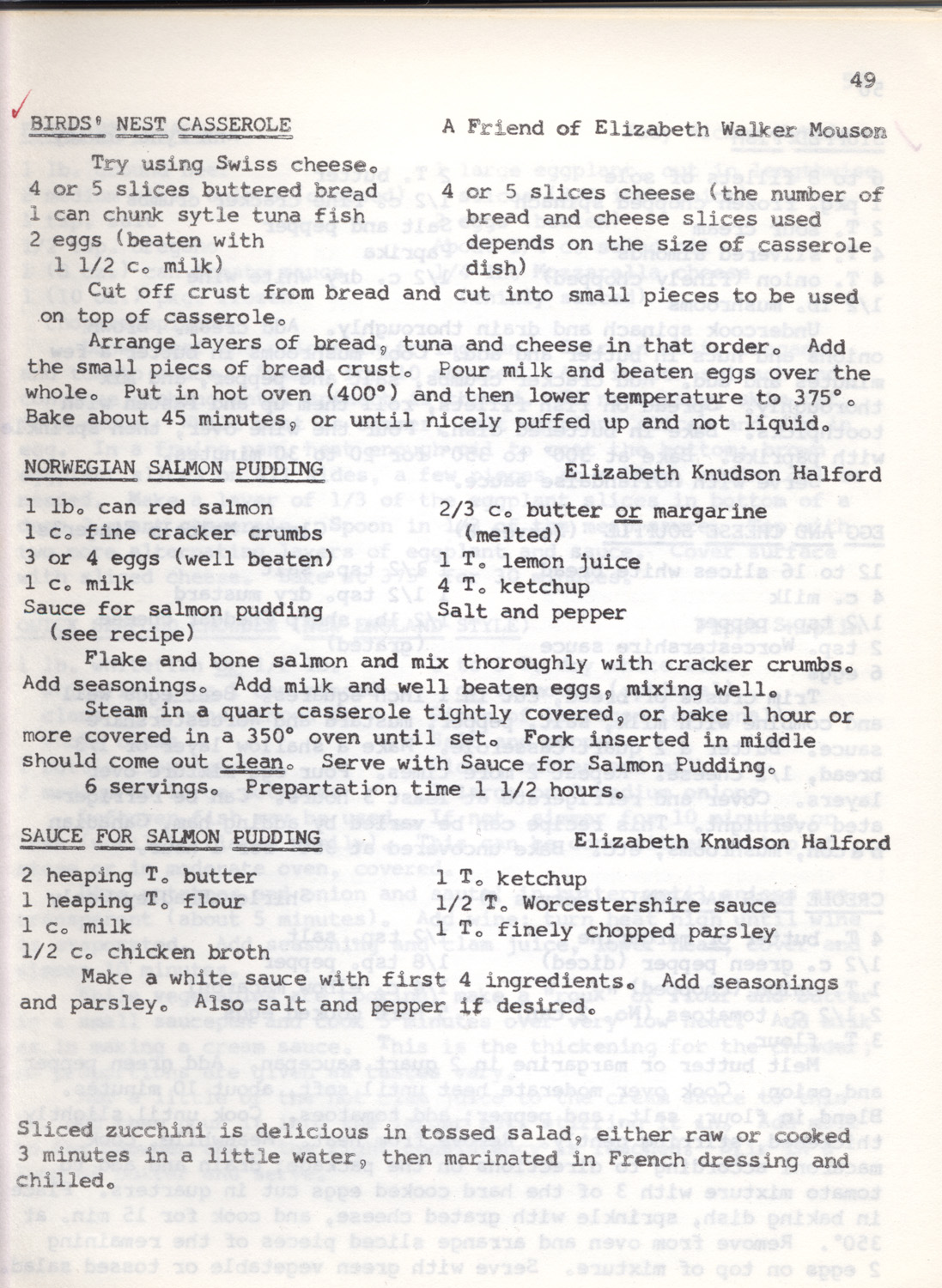 Sliced zucchini is delicious in tossed salad, either raw or cooked 3 minutes in a little water, then marinated in French dressing and chilled.

The whites of two eggs and the yolk of one, half a cupful of powdered sugar, one teaspoonful of vanilla, three tablespoonfuls of milk. Beat the whites of the eggs to a stiff froth, next beat in the sugar, and then the yolk of the egg and the seasoning. Serve immediately. This sauce is for light puddings.

The yolks of three eggs, one tablespoonful of powdered sugar, one gill of milk, a very little grated lemon-rind, two small wine glassfuls of brandy. Separate the yolks from the whites of three eggs, and put the former into a stewpan; add the sugar, milk, and grated lemon-rind, and stir over the fire until the mixture thickens; but do not allow it to boil. Put in the brandy; let the sauce stand by the side of the fire, to get quite hot; keep stirring it, and serve in a boat or tureen separately, or pour it over the pudding.

One cup of sugar, one half cup of butter, yolks of three eggs; one teaspoon of corn starch or arrow-root; stir the whole until very light; add sufficient boiling water to make the consistency of thick cream; wine or brandy to suit the taste.