A cave man drags his woman along North University during UM's "Spring Weekend" parade, May 1957 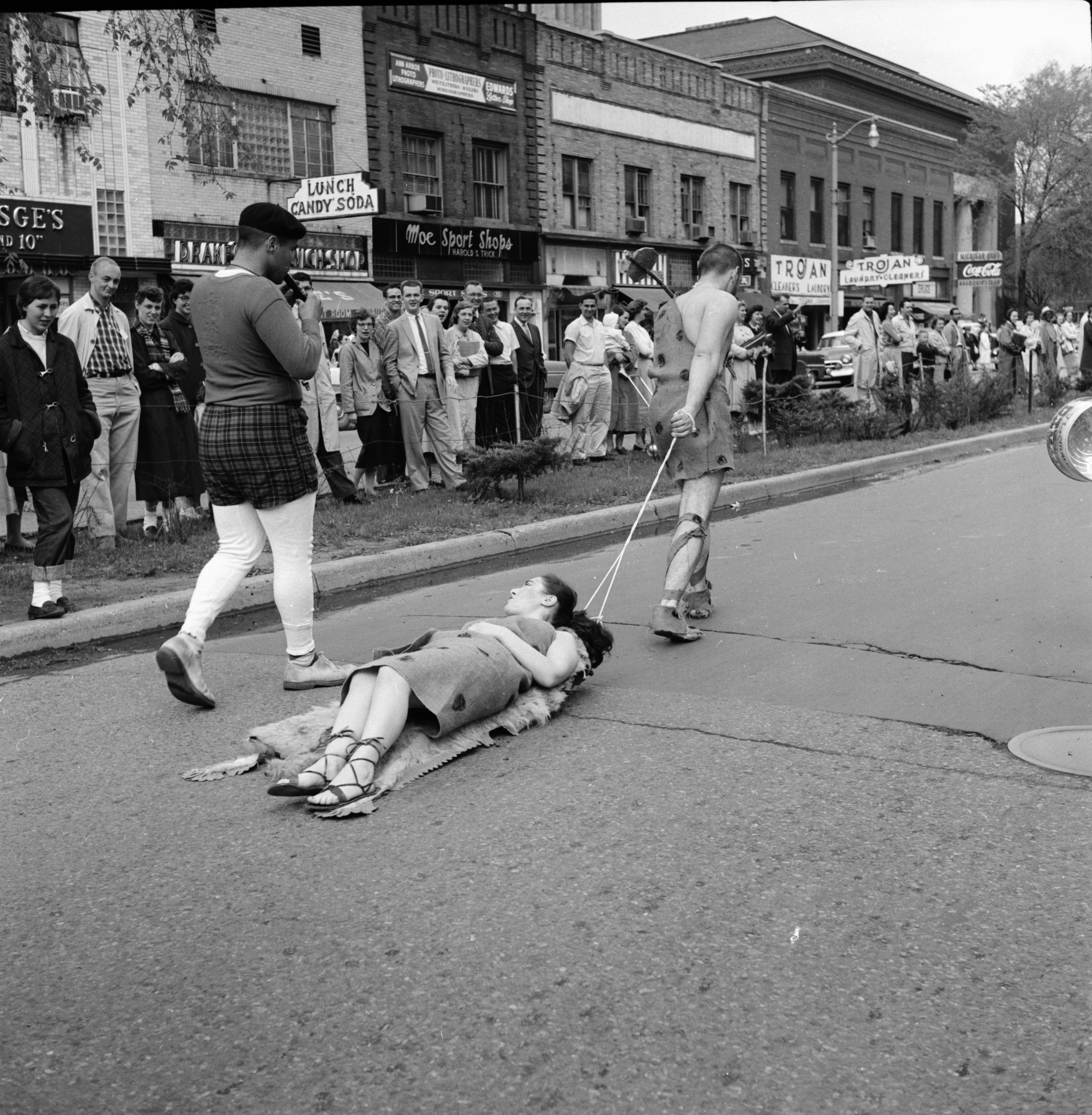 Published In
Ann Arbor News, May 11, 1957
Caption
'HAIR-RAISING' RIDE: One of the sights in yesterday afternoon's University student parade through the campus area was this "cave man" seemingly dragging his woman by her hair. The parade, part of "Spring Weekend," fetured carts and floats with a cartoon motif. Whether this chap represented Alley Oop was not immediately clear to anybody.
Copyright
Copyright Protected 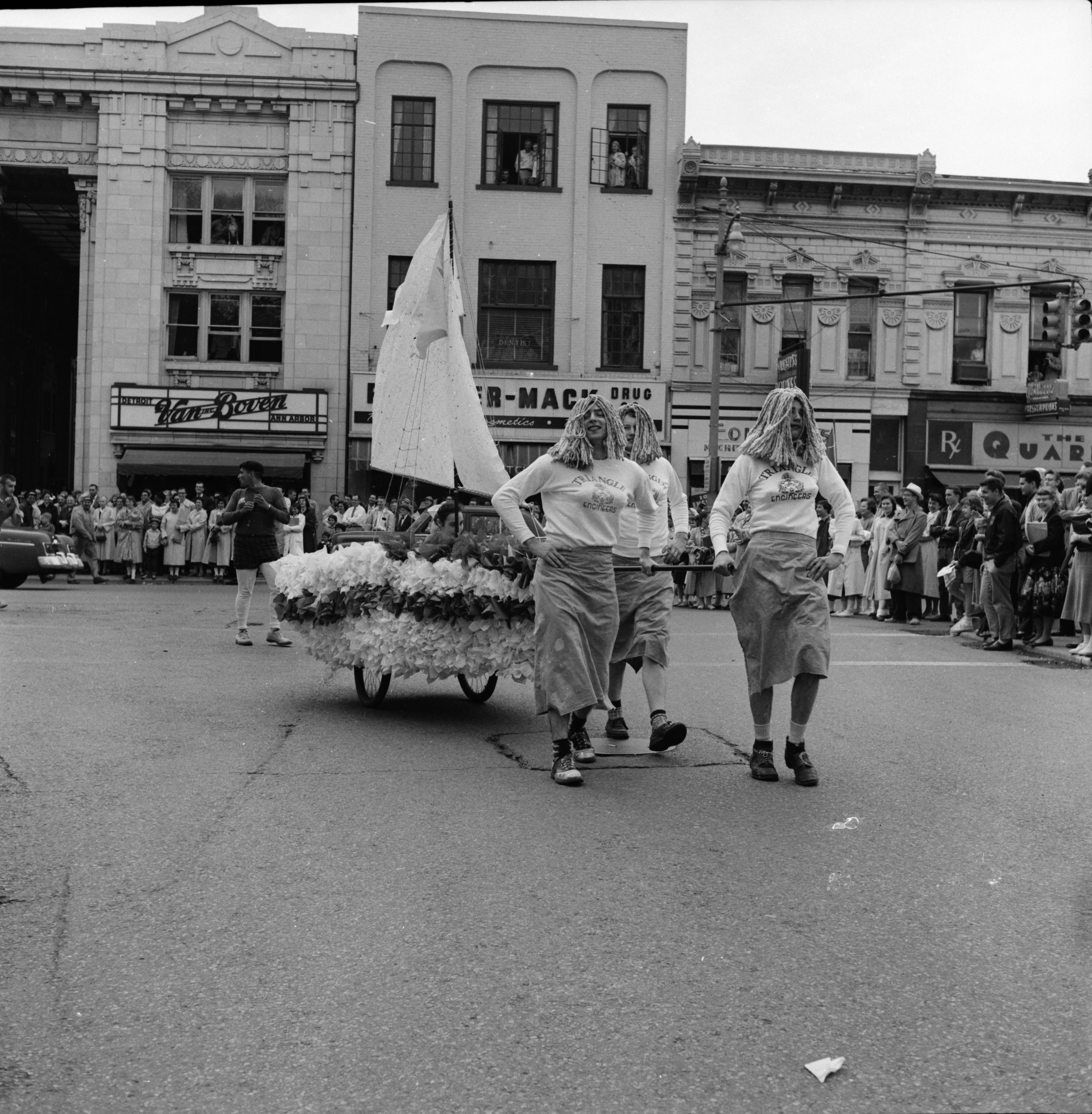 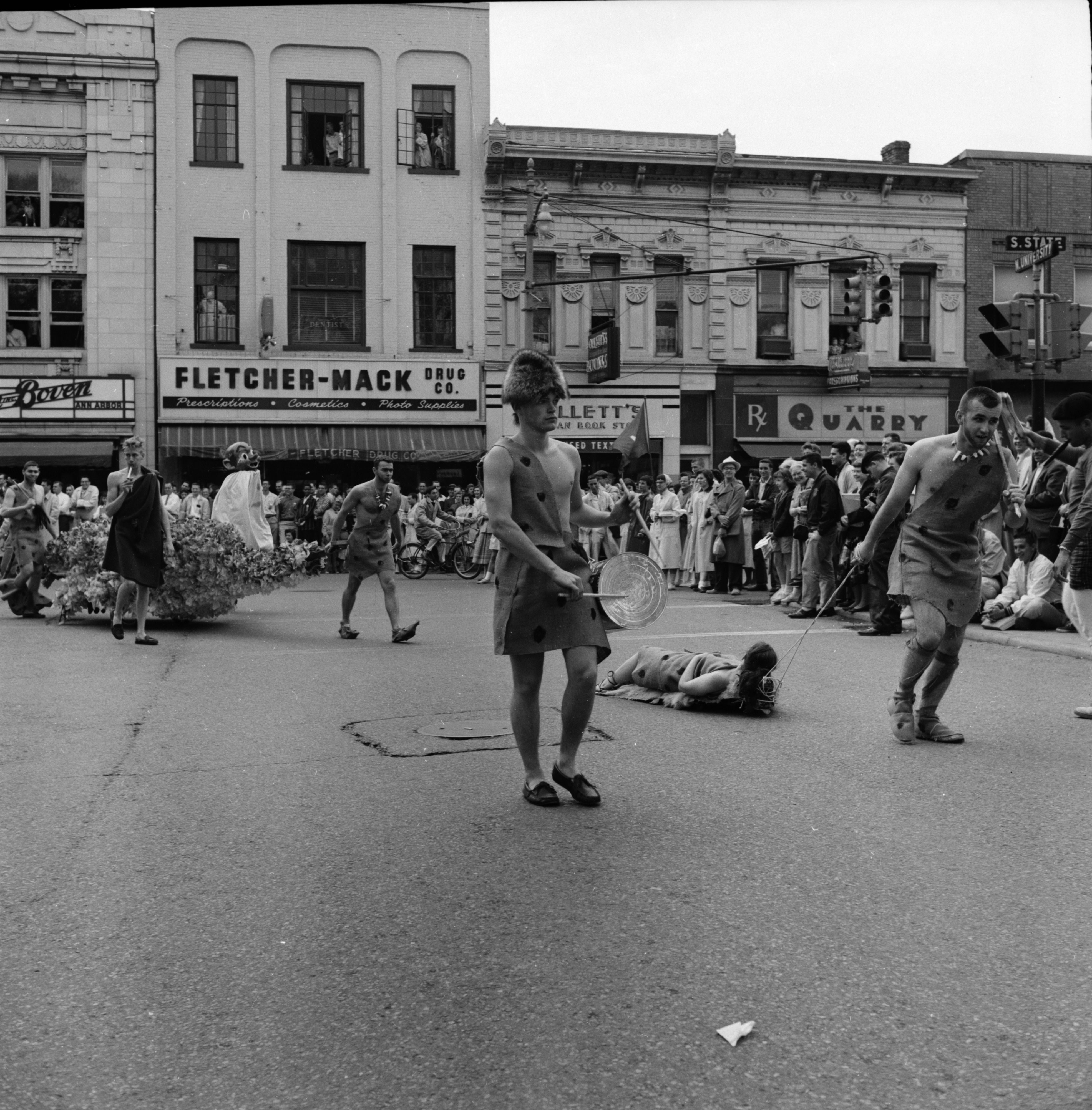 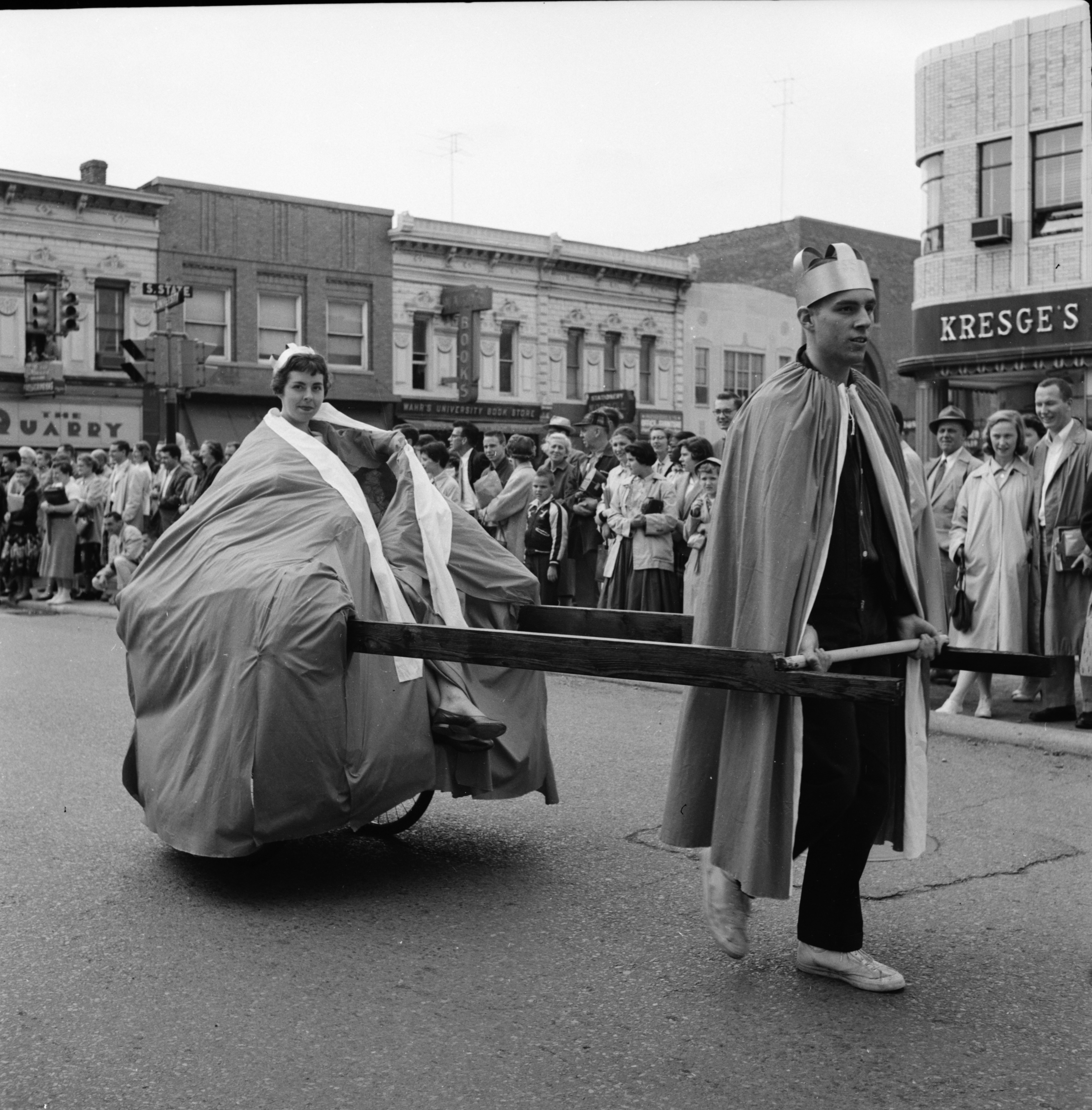 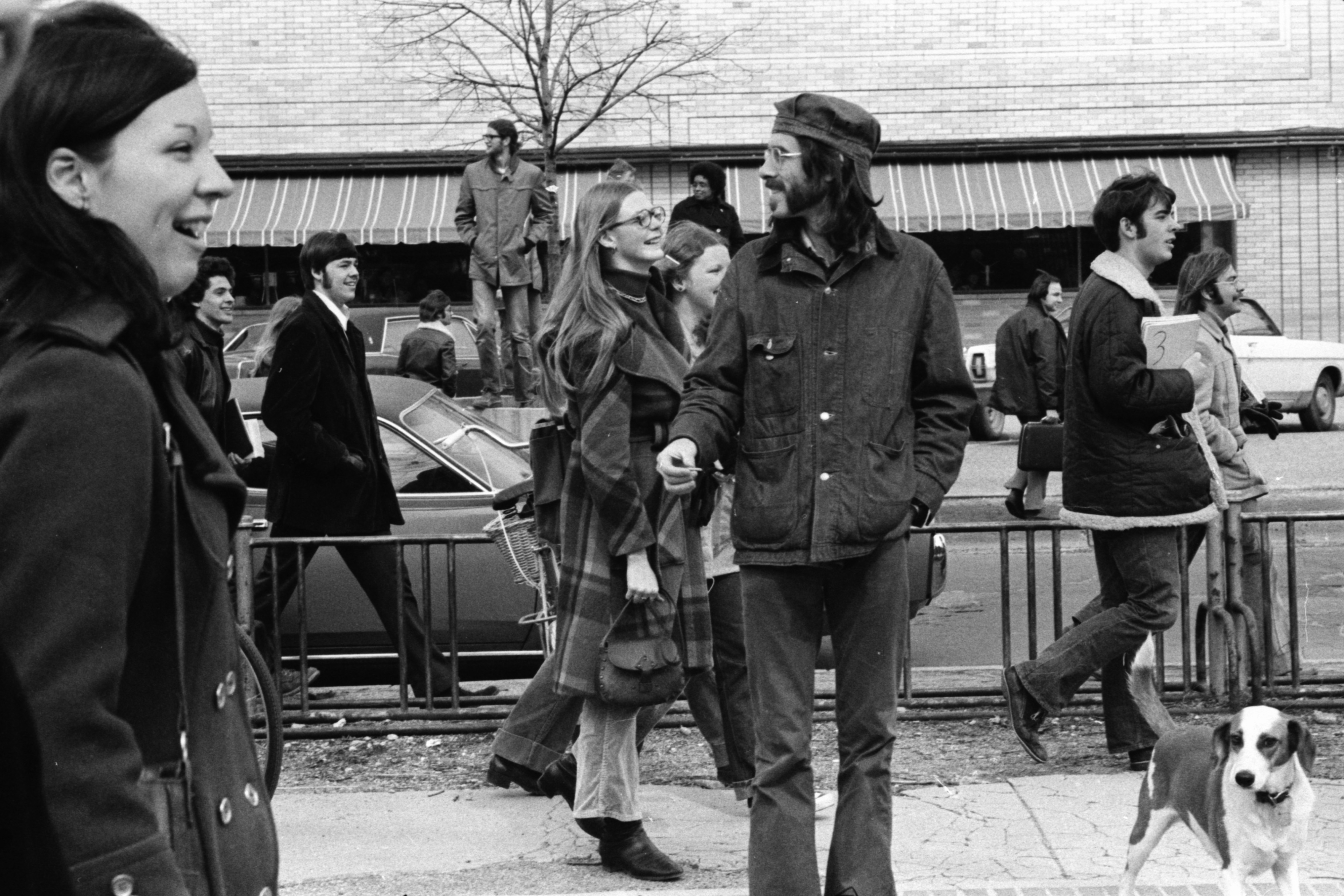 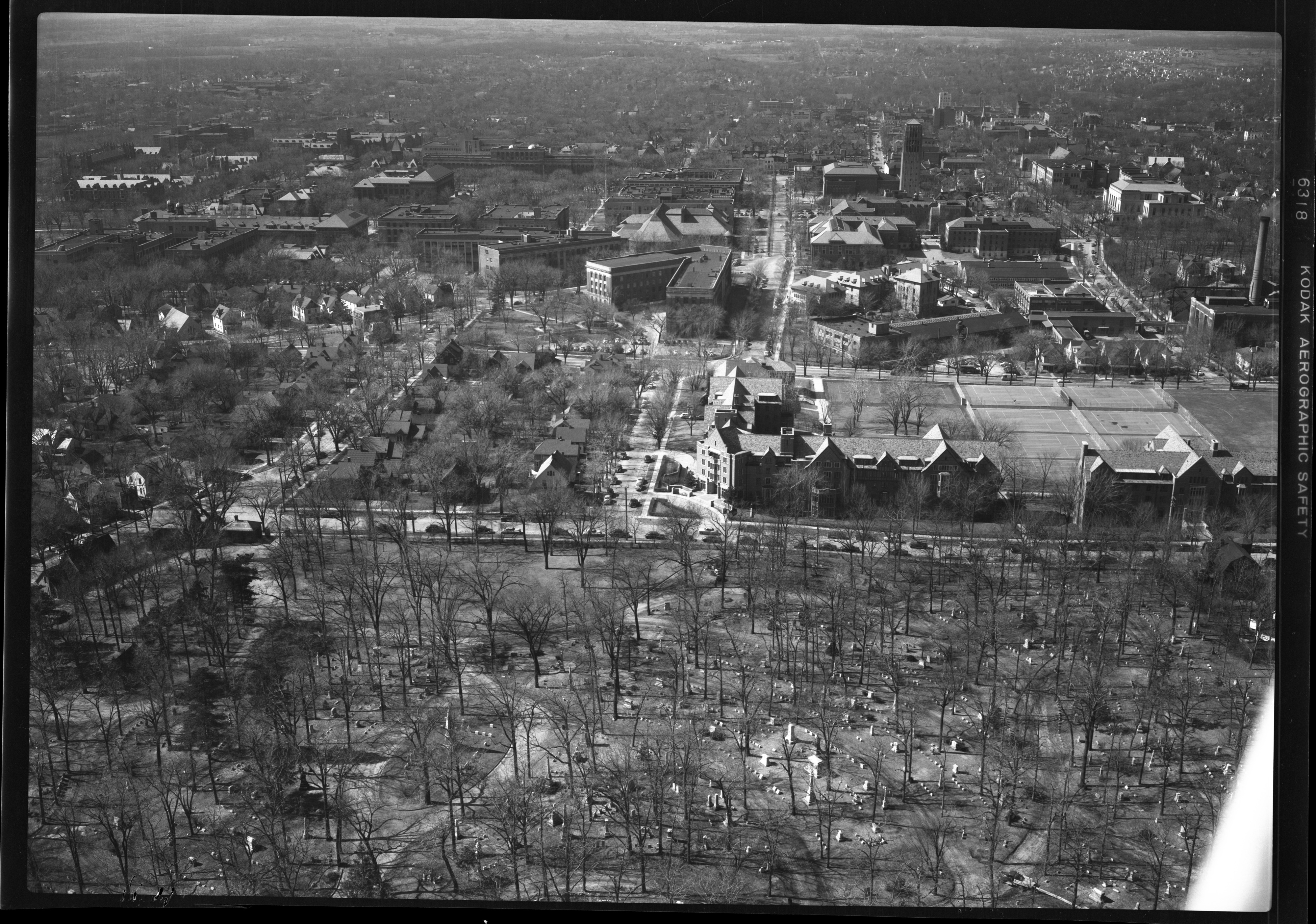 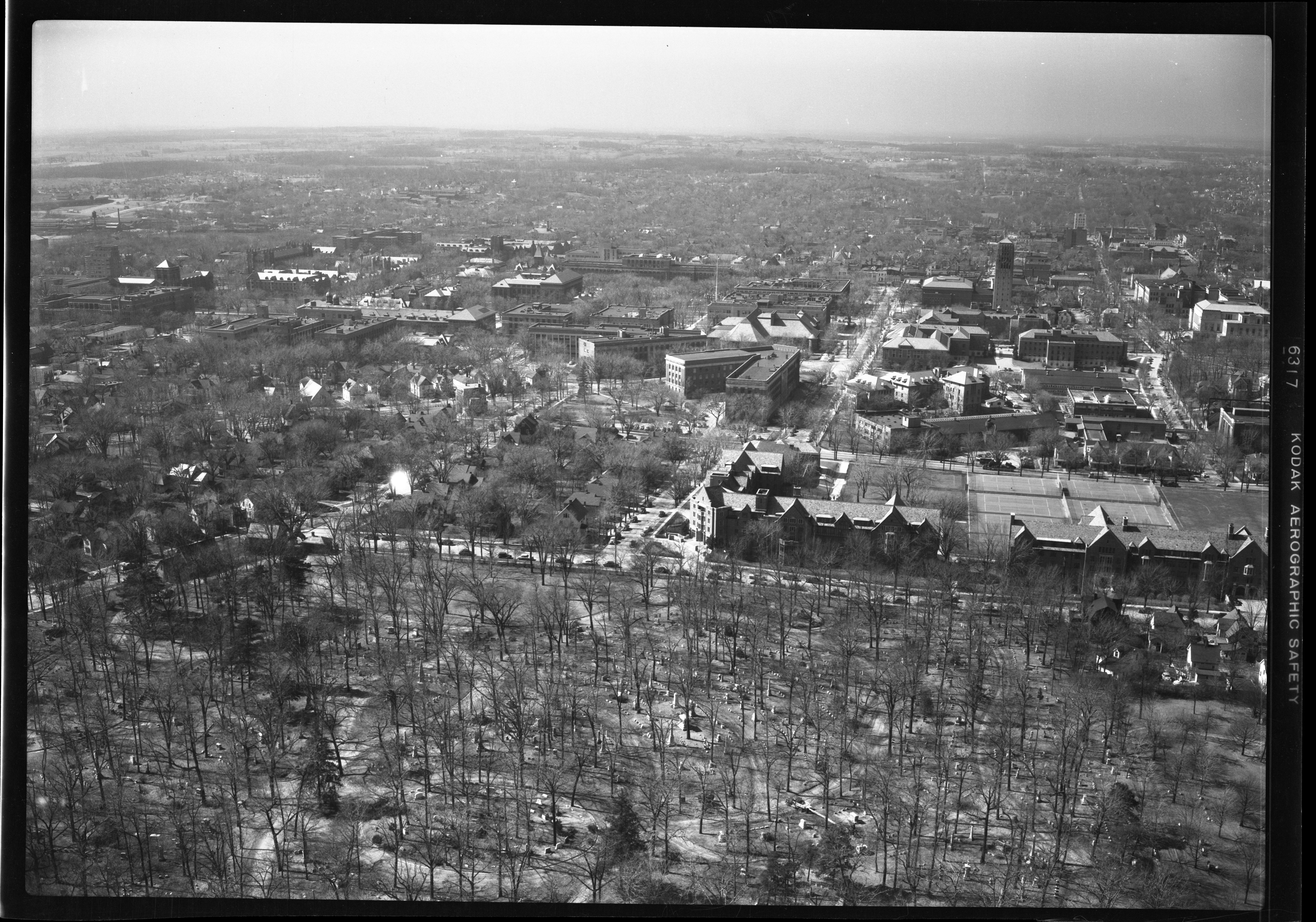 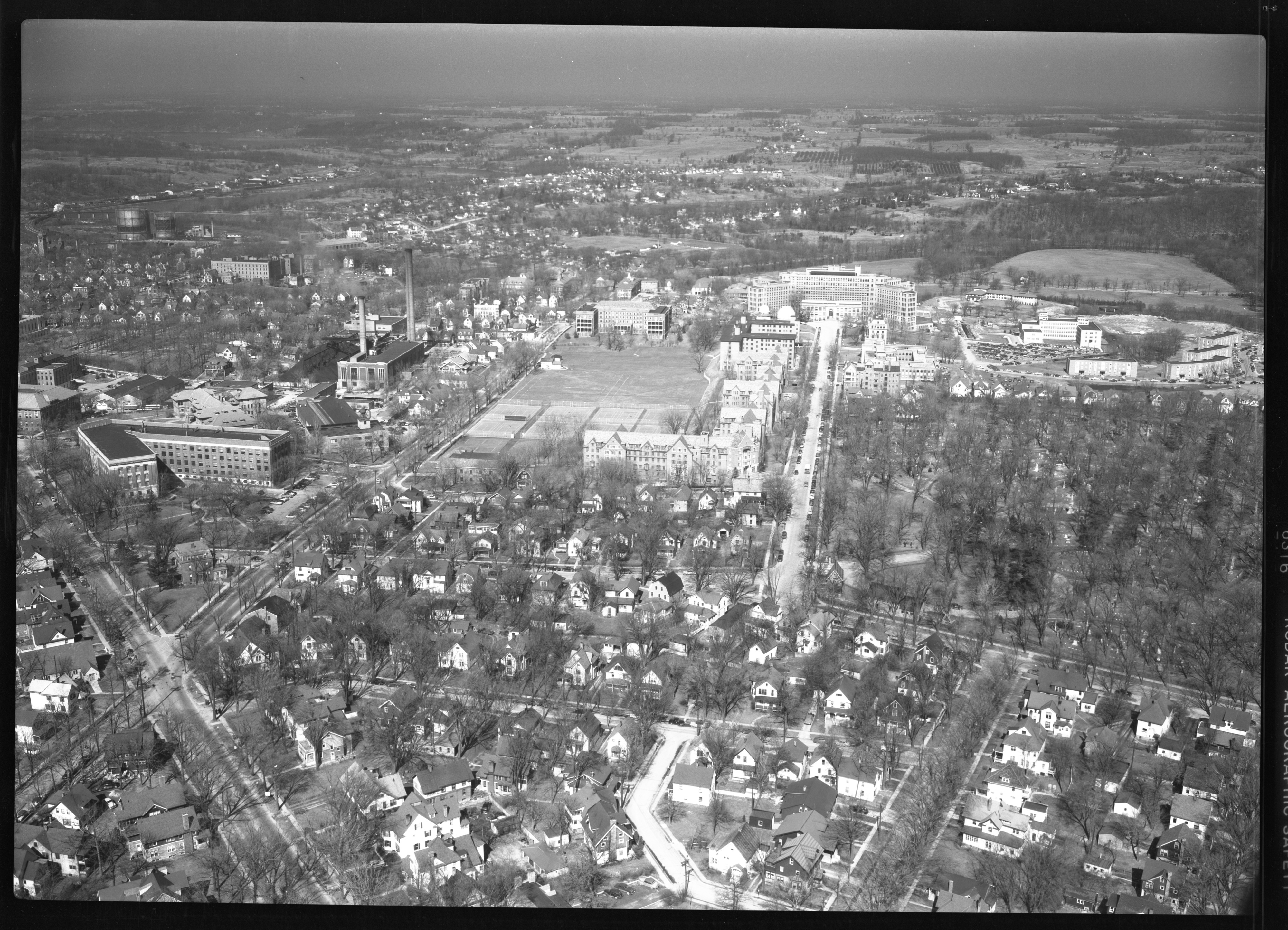 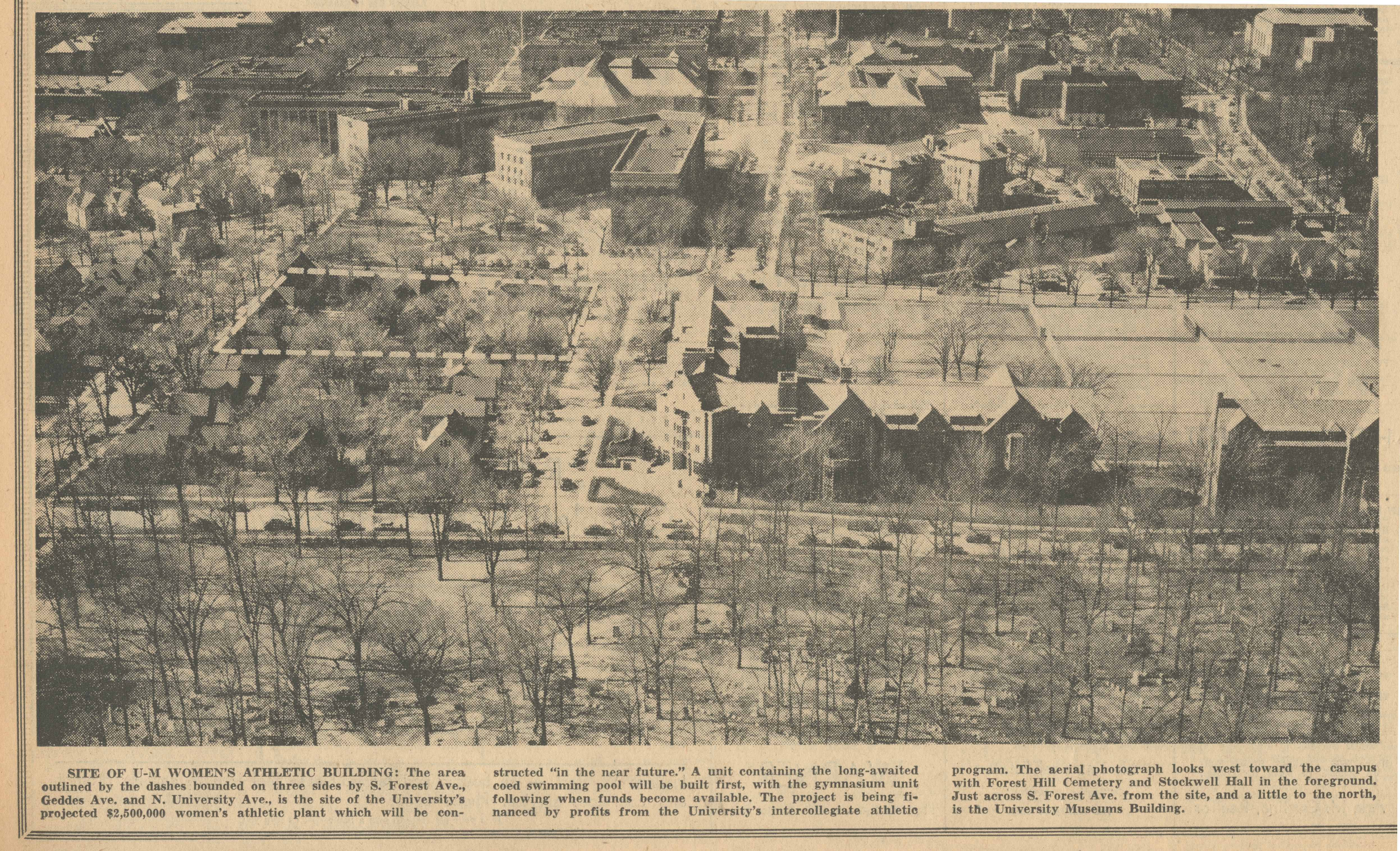 Astronaut White Pens His Thanks 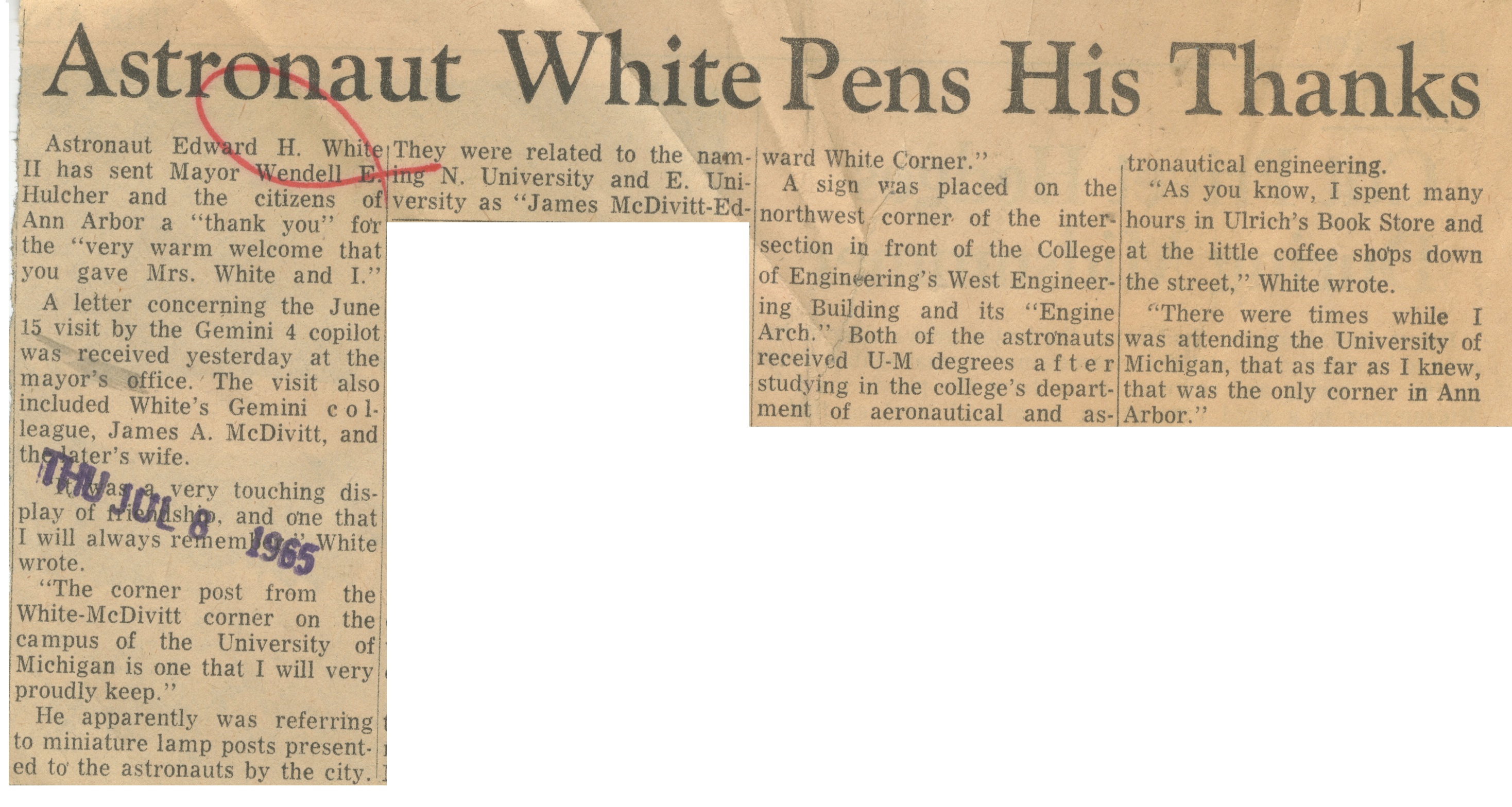