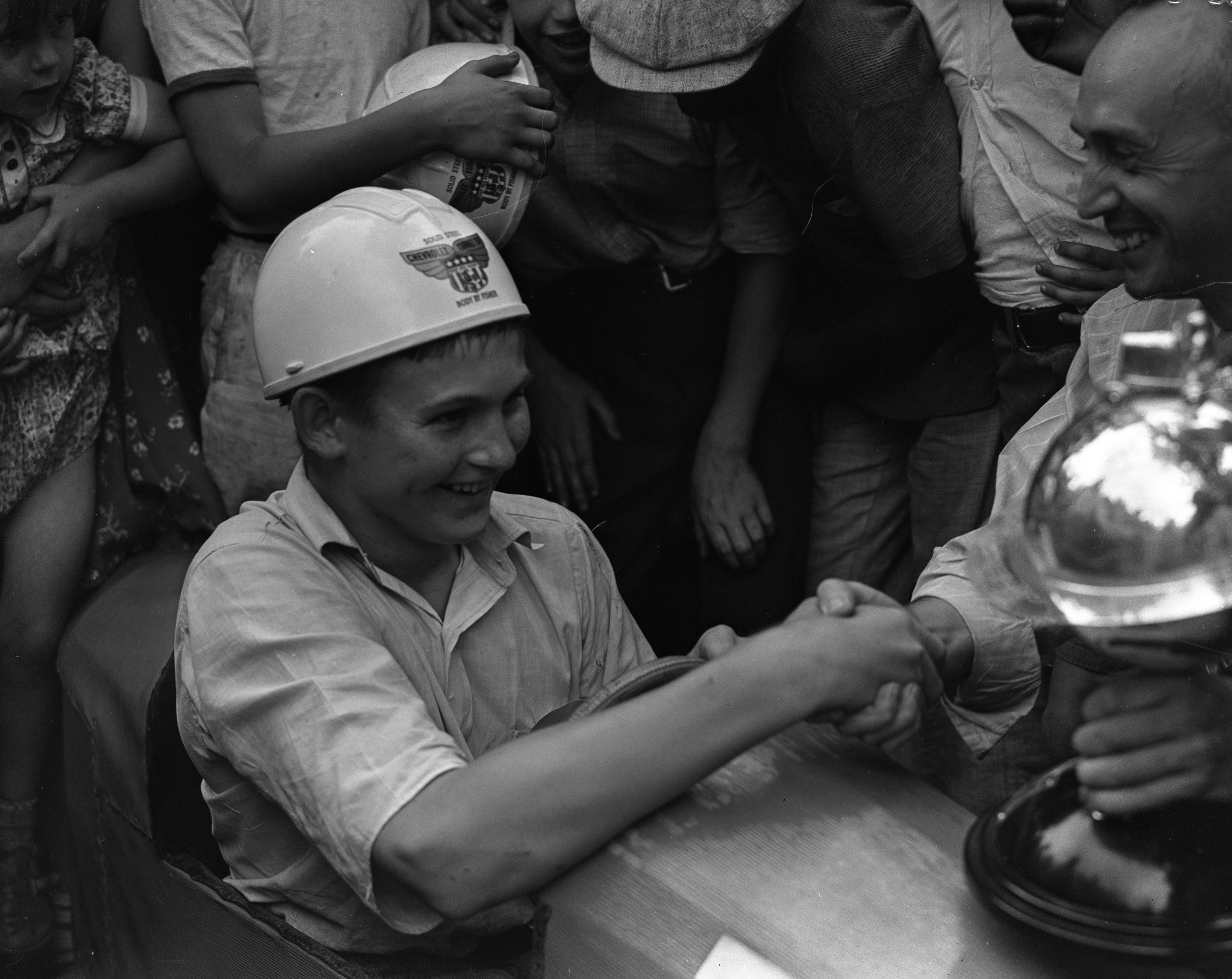 Published In
Ann Arbor News, July 31, 1939
Caption
Bob Hahn is shown above just after he had won the Ann Arbor Soap Box Derby title in competition with 29 other boys on Broadway hill. Is he tickled? Just take a look at the face as he is about to receive the championship M. E. Coyle trophy. Bob will represent Ann Arbor in the All-American finals at Akron, O., on Sunday, Aug. 13.
Copyright
Copyright Protected 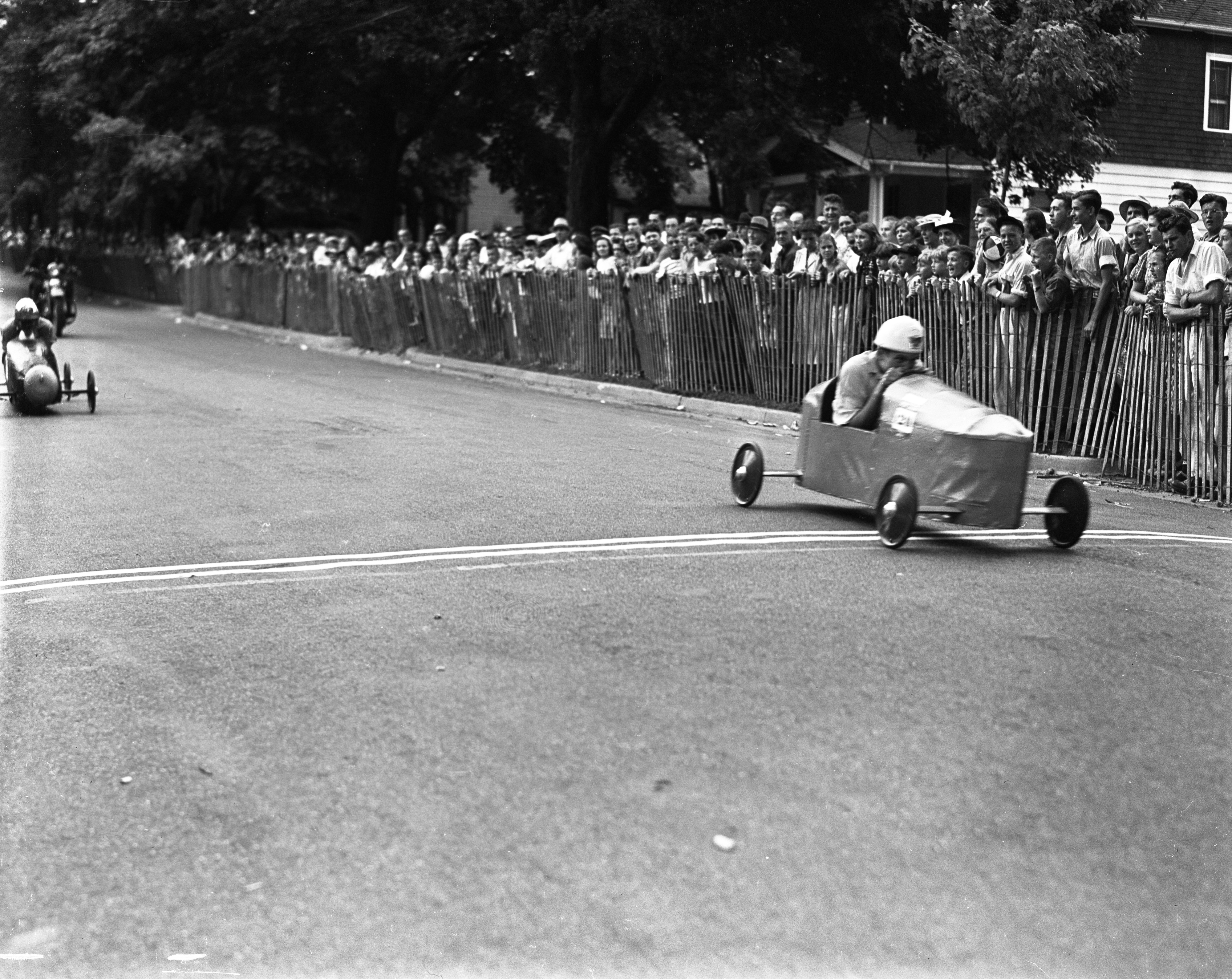 Published In
Ann Arbor News, July 31, 1939
Caption
The above picture shows Bob Hahn, Ann Arbor's Soap Box Derby champ, as he piloted his car across the finish line in the finals of Class A, well ahed of Ray Fogg, shown in his racer at the extreme left. Hahn laater defeated George Crandall, Class B champion, in the city championship racer. Part of the crowd of 6,000 spectators can be seen watching intently behind the snow fence.
Copyright
Copyright Protected 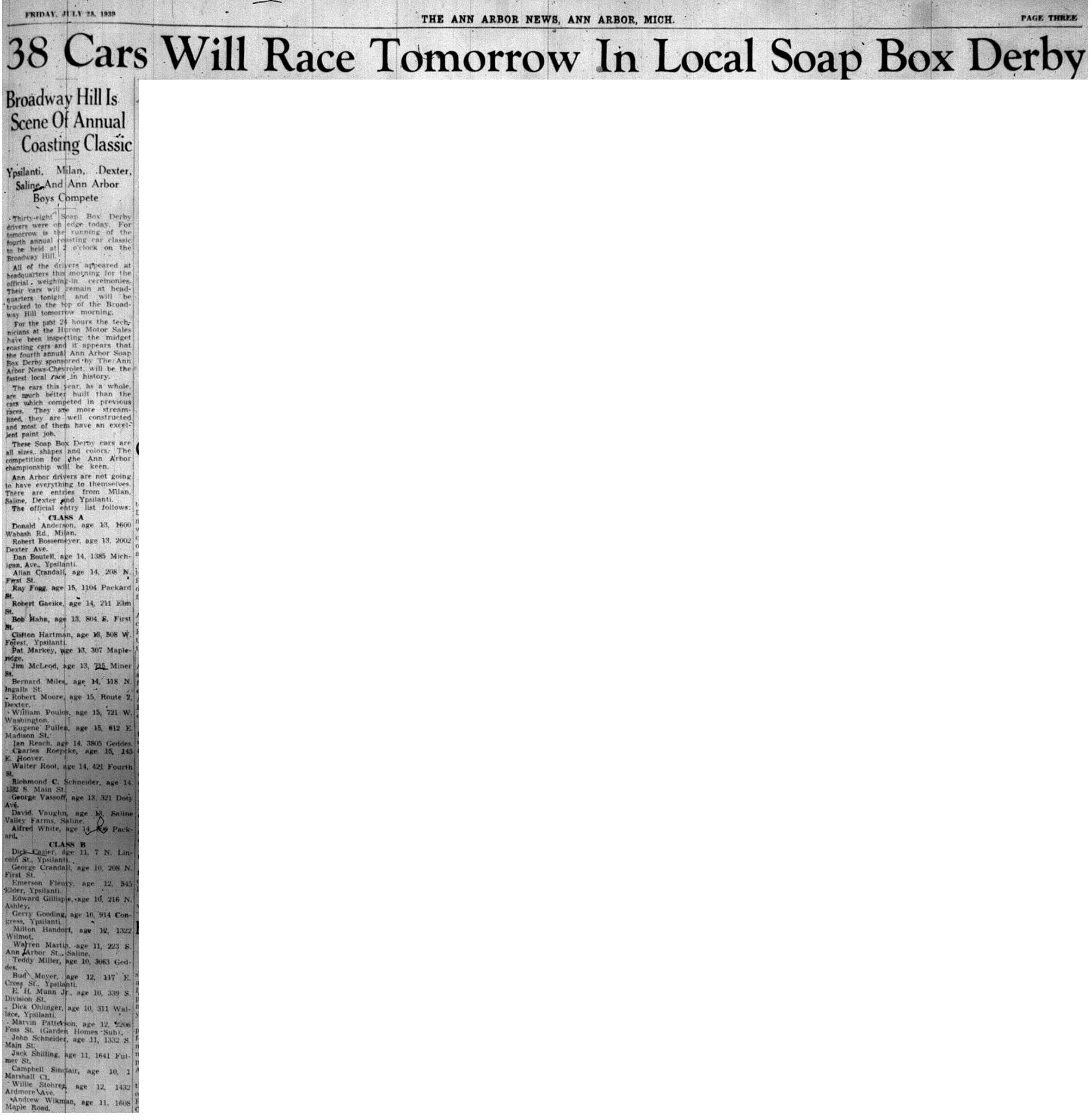 There Are No Hard Feelings 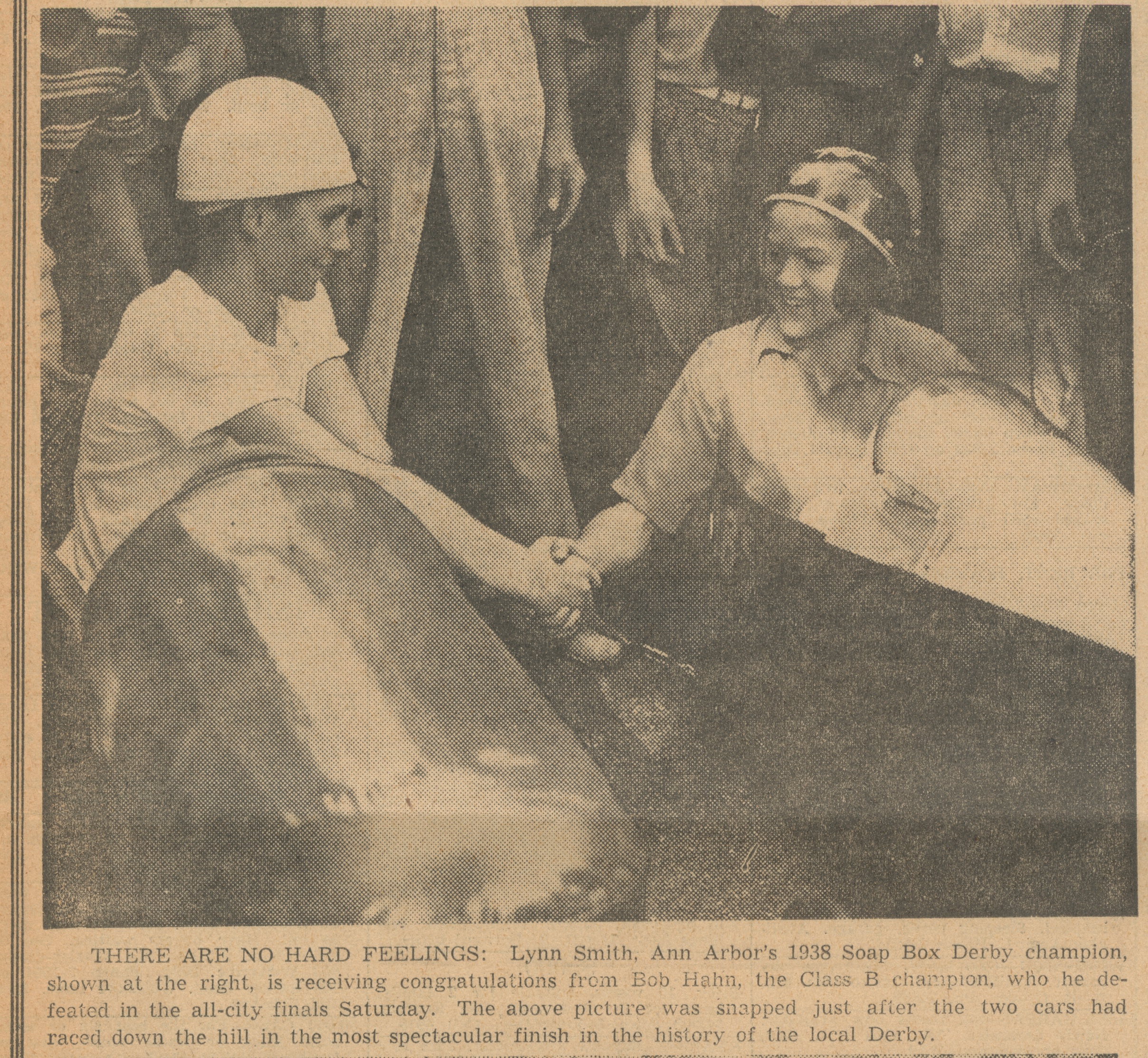 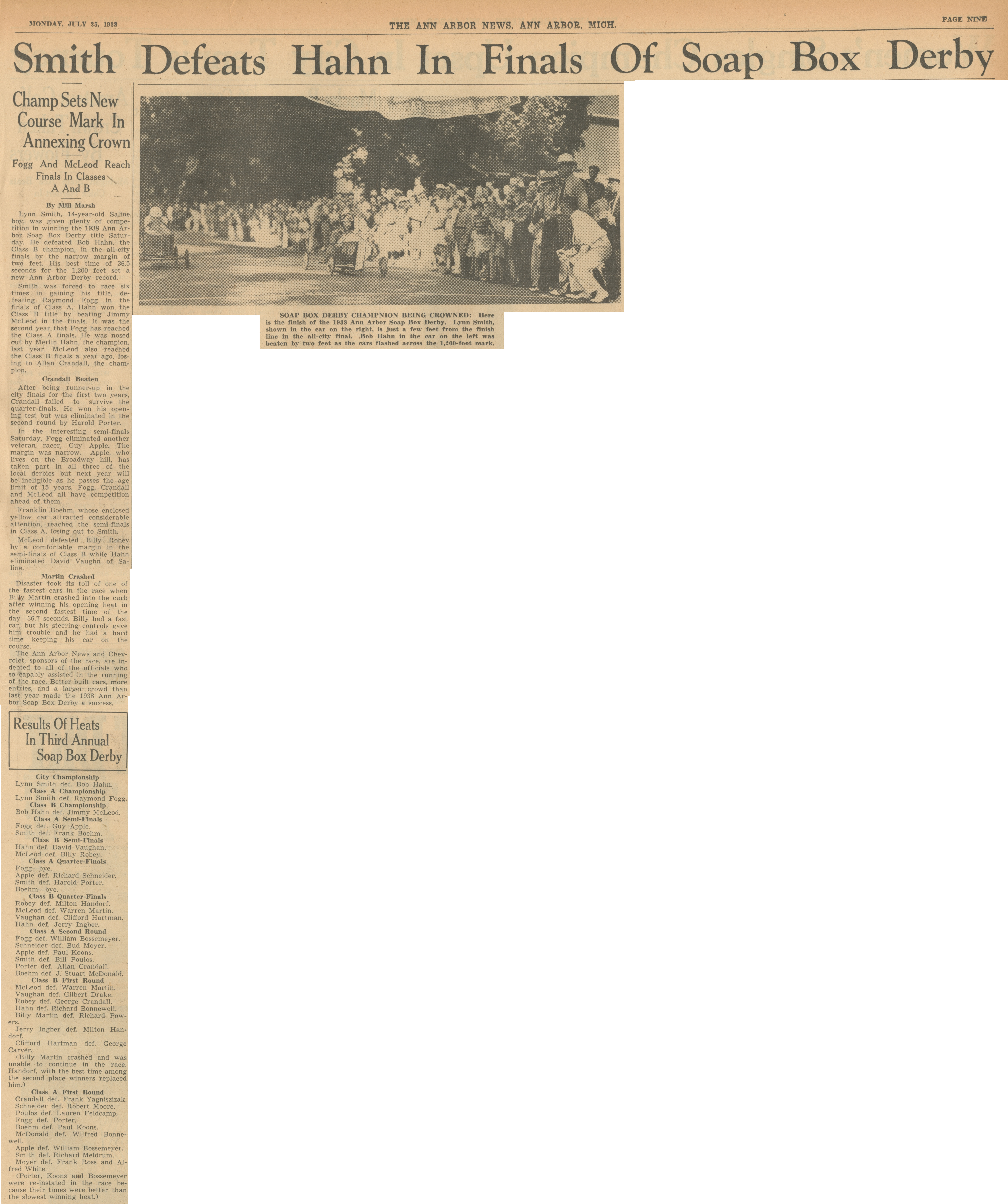