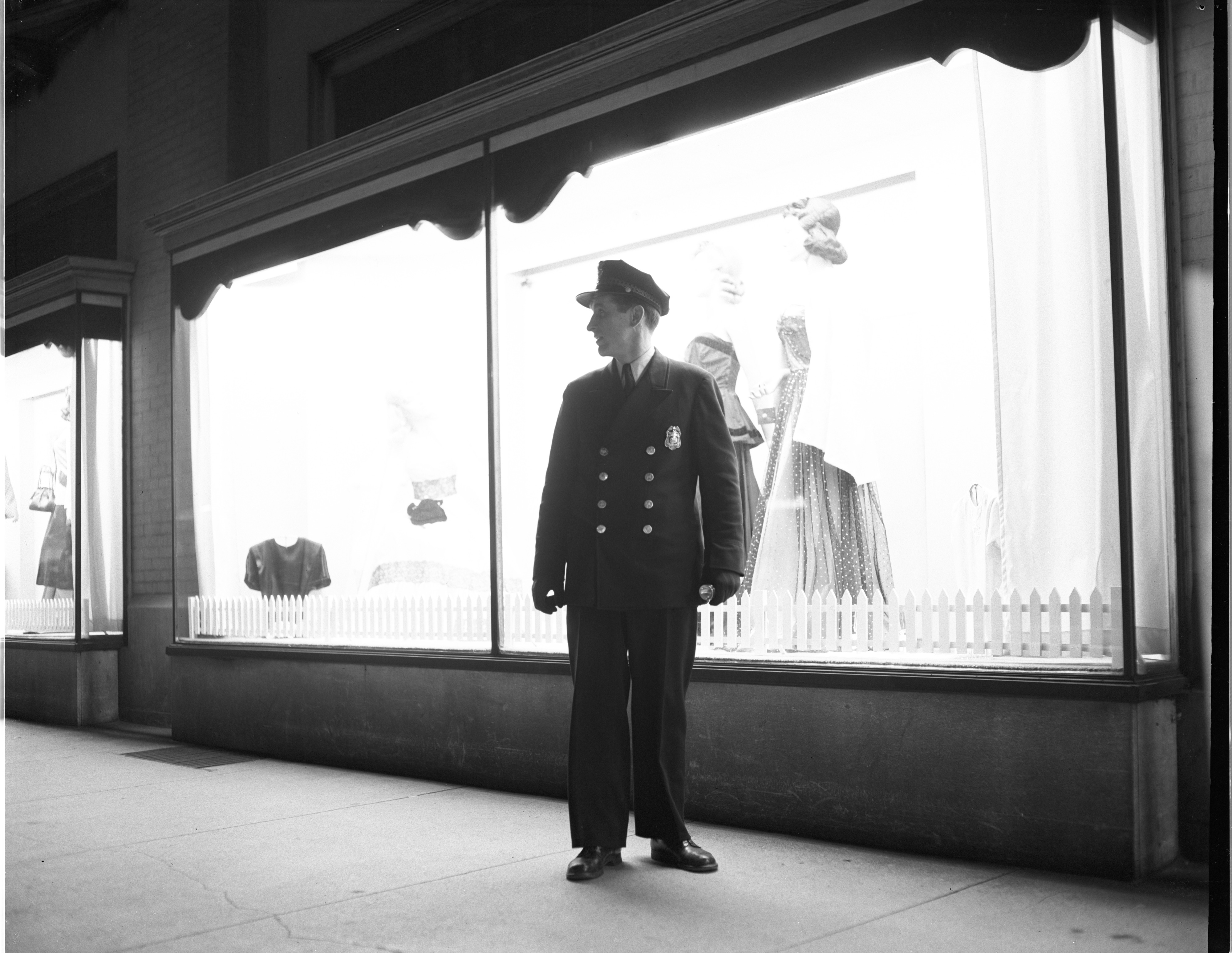 Published In
Ann Arbor News, November 23, 1948
Caption
...And All's Well. Silhouetted darkly against the brightly-lighted window of a downtown store is Patrolman Arthur Meggison, of 1511 Traver Rd., a member of Ann Arbor's police force for two years. Patrolmen on night duty are a familiar sight as they check doors and other entrance ways, or pause momentarily to survey passers-by, particularly in the early morning hours.
Copyright
Copyright Protected 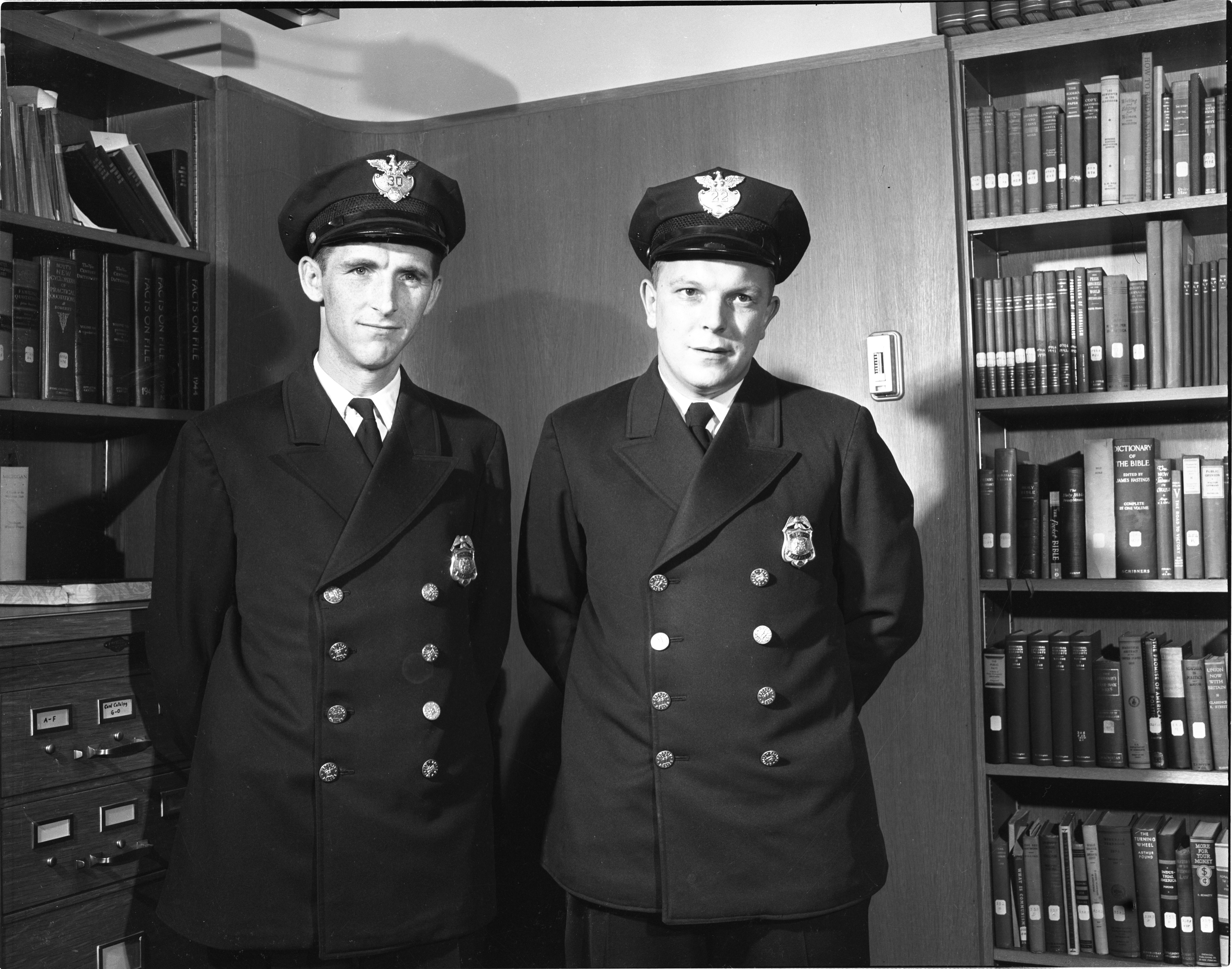 Bank Robber Caught On South Side 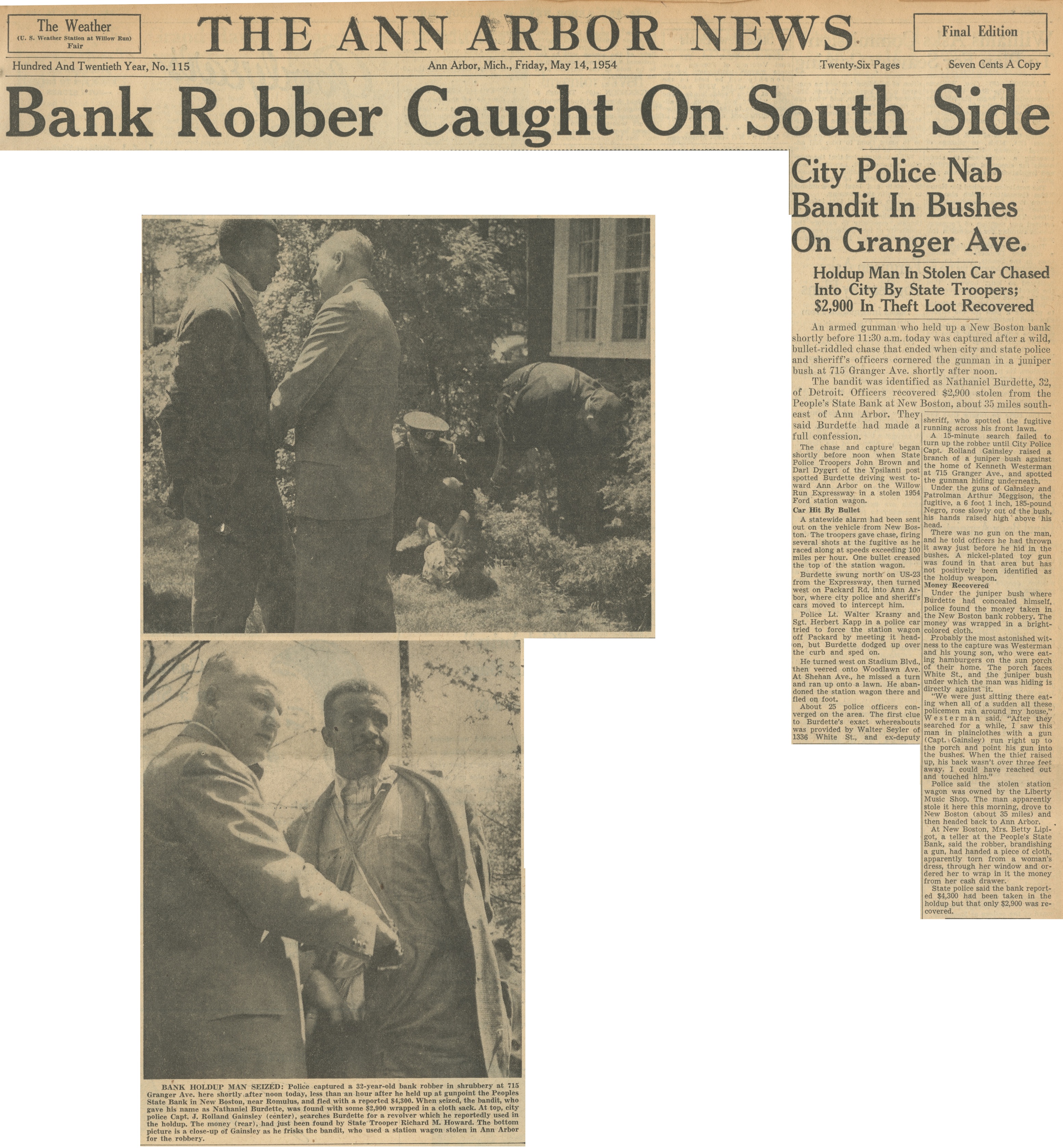 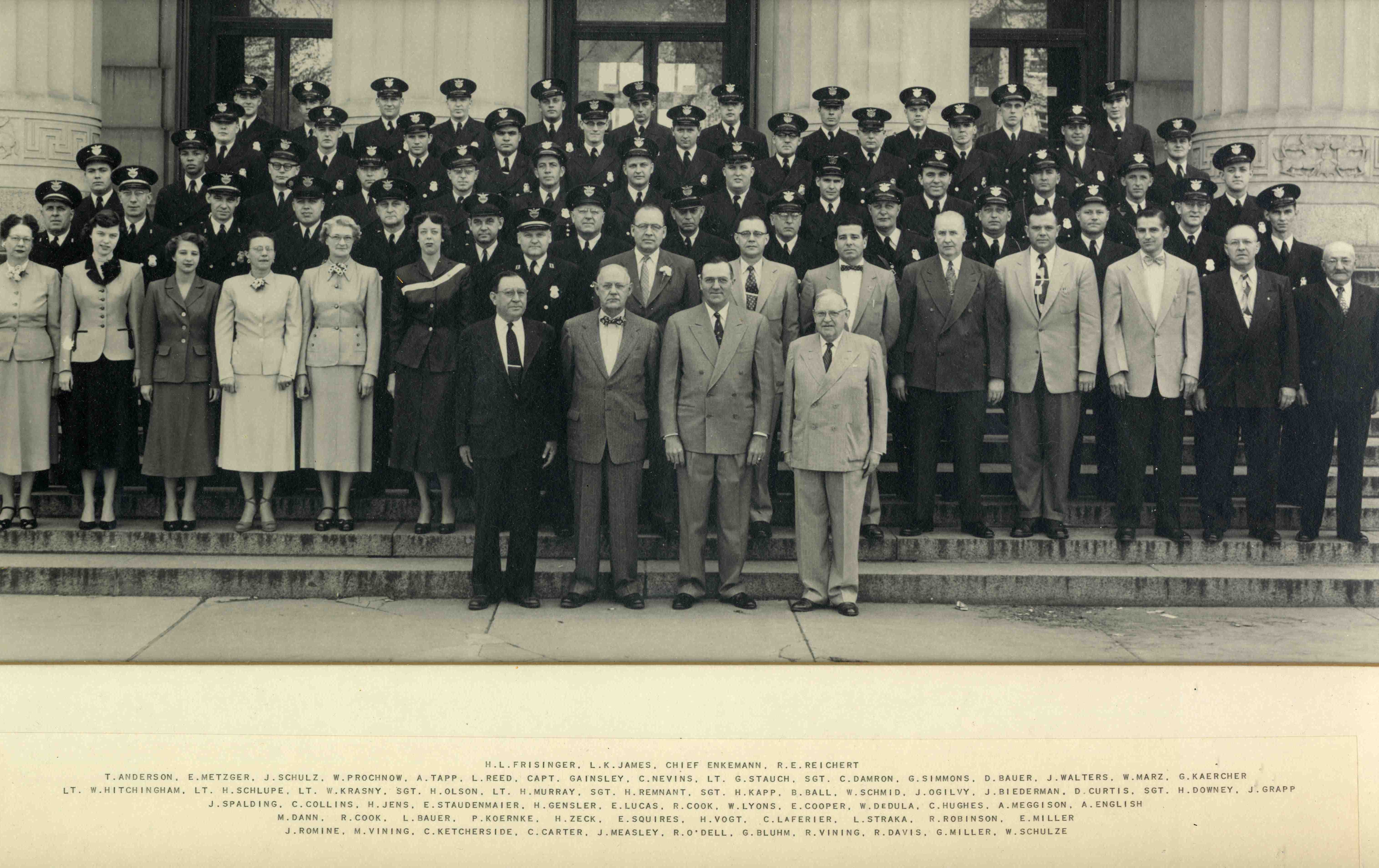