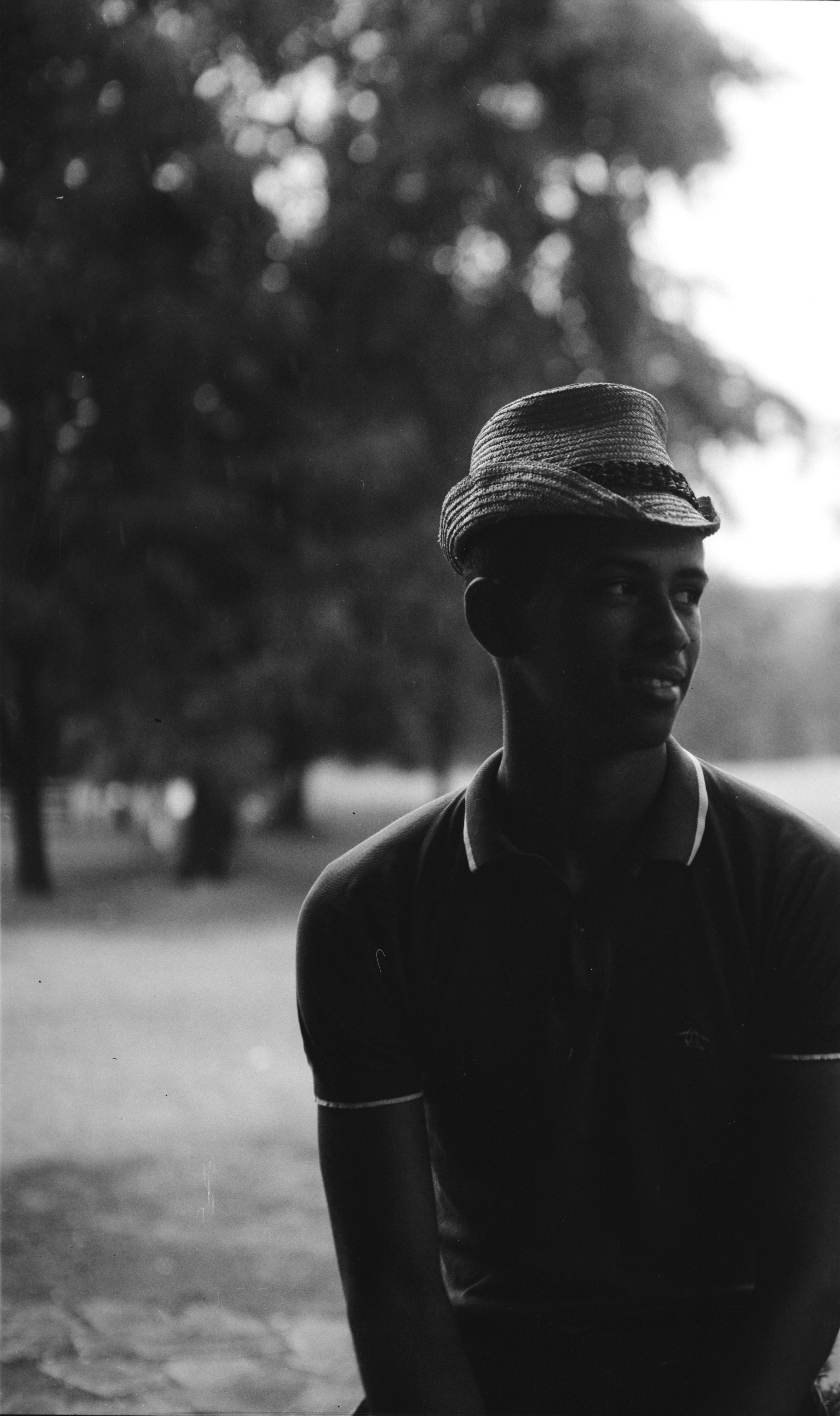 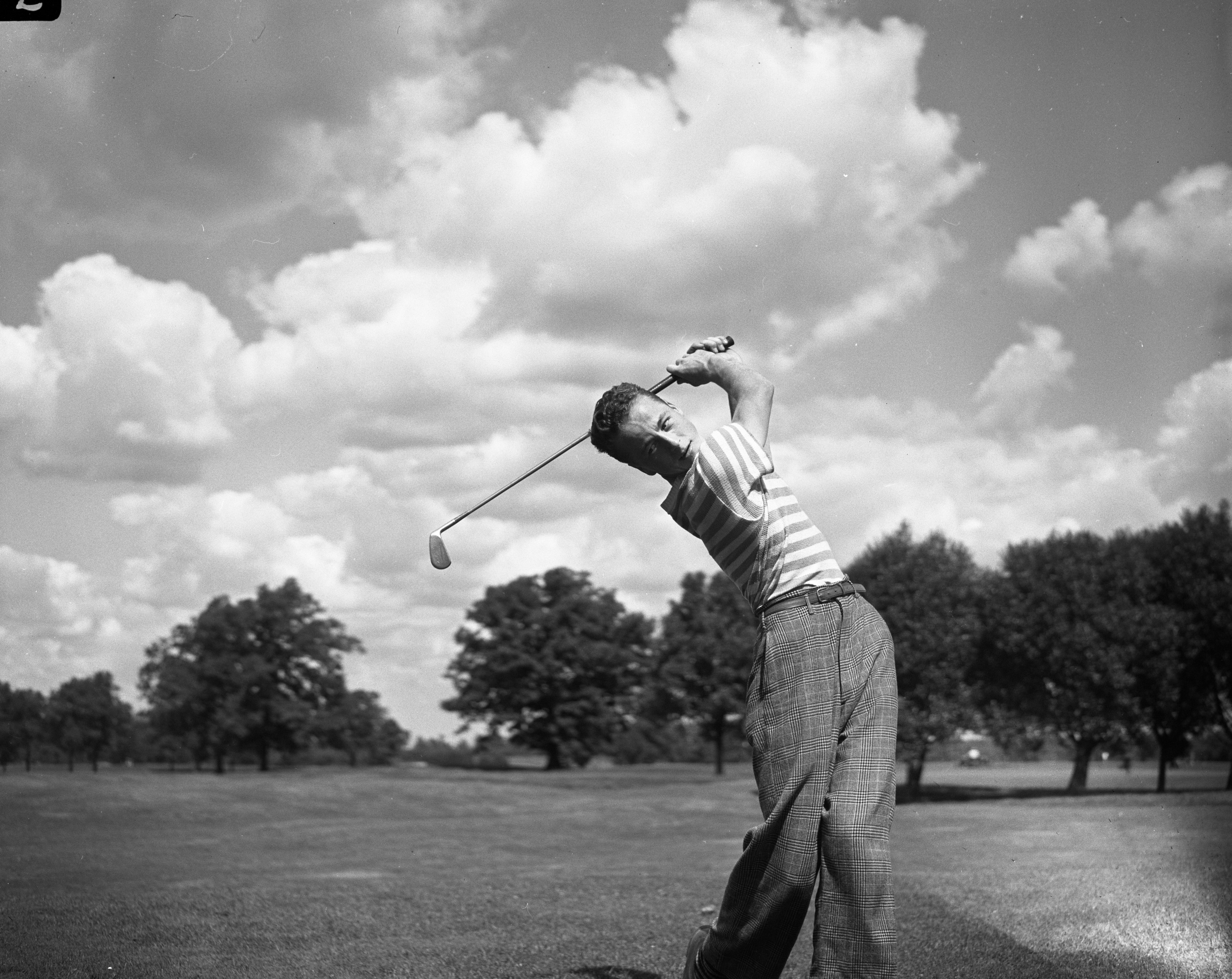 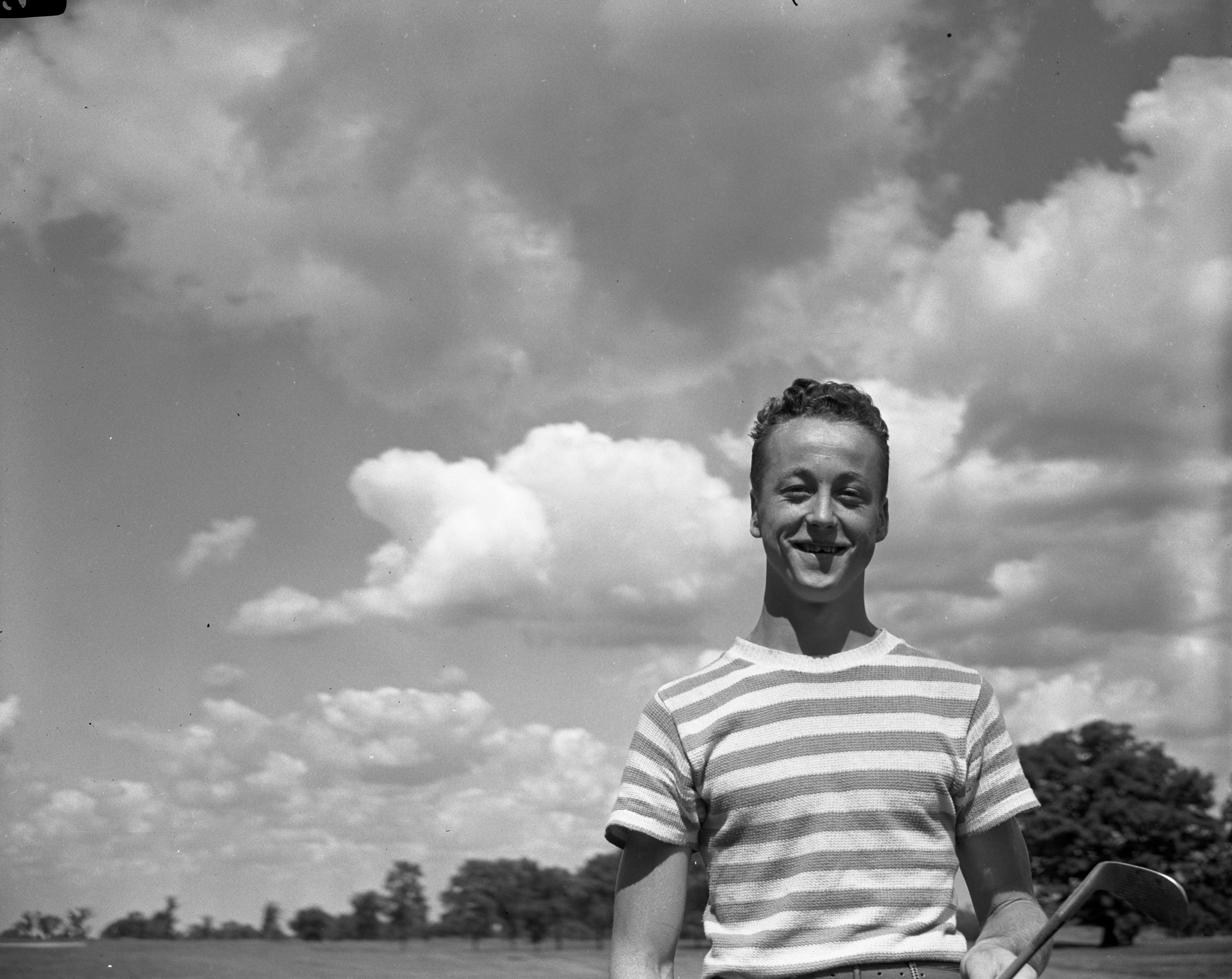 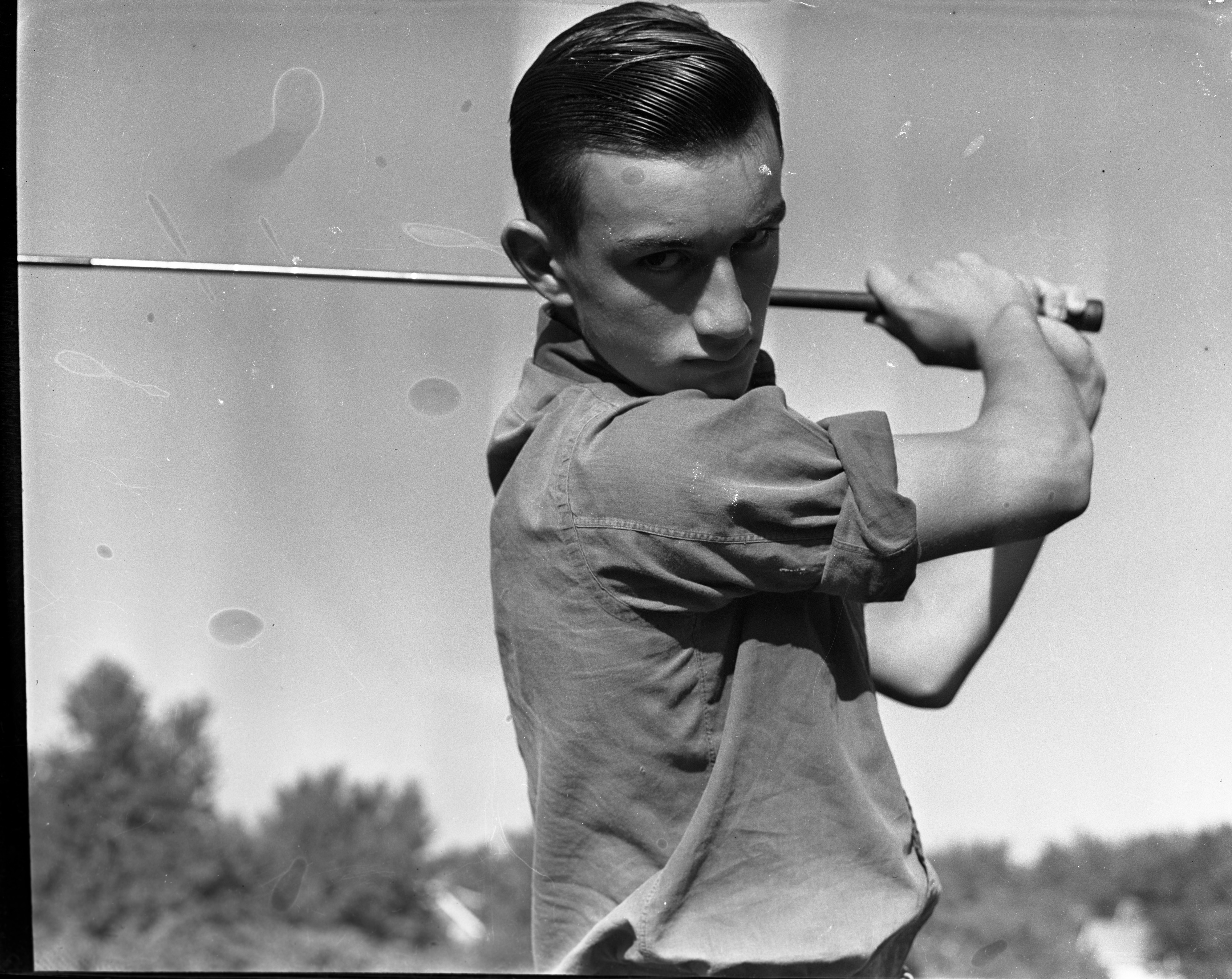 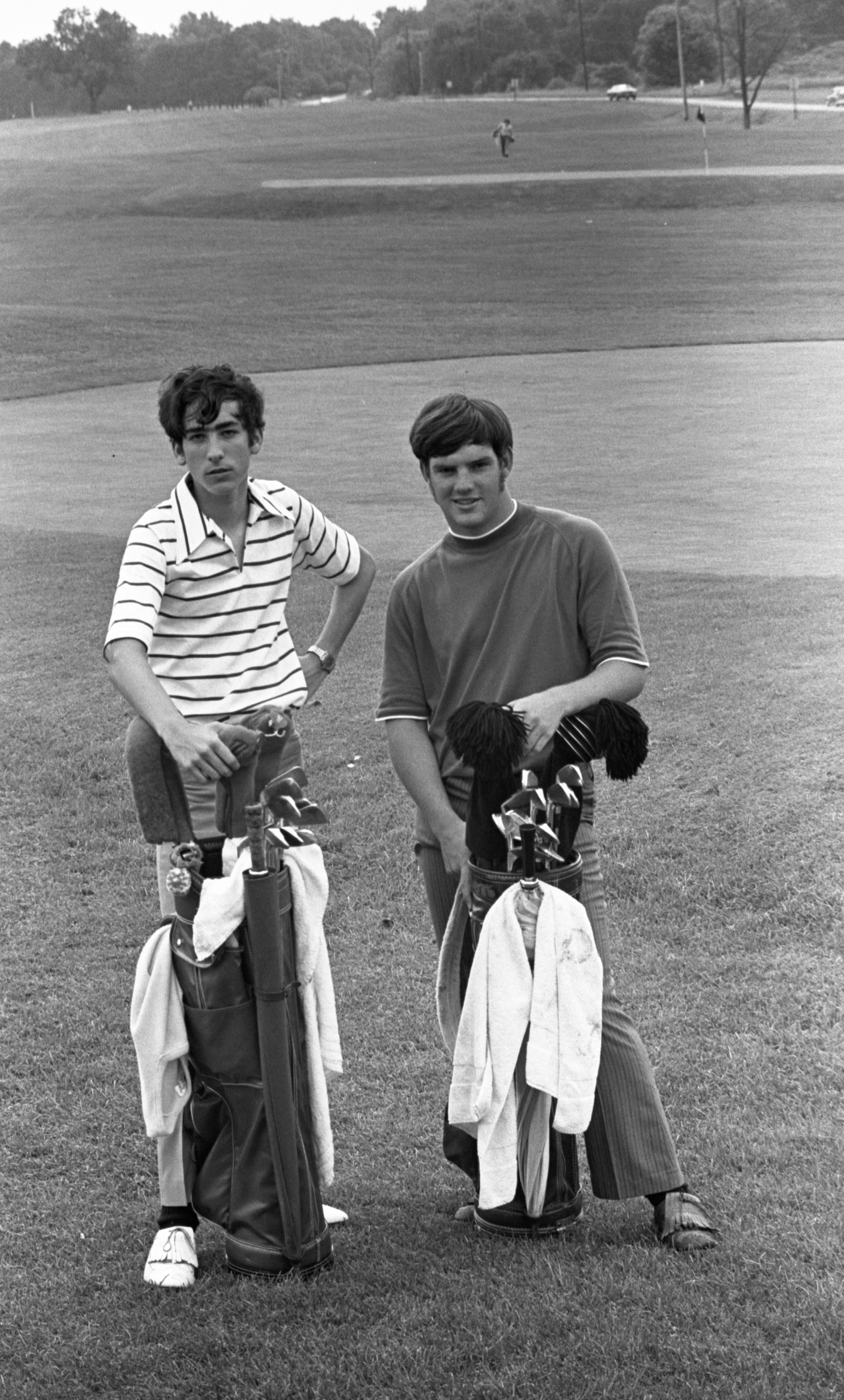 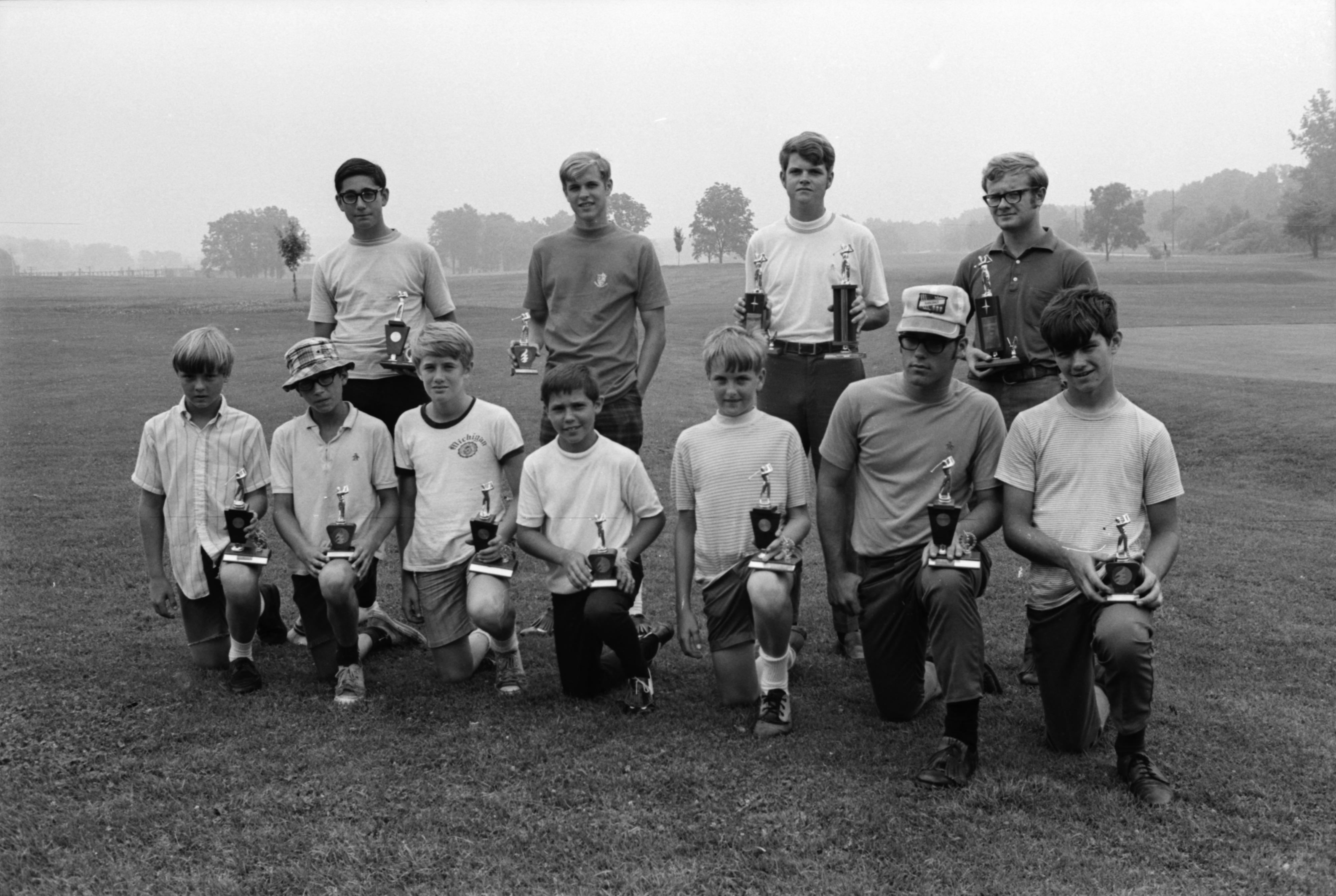 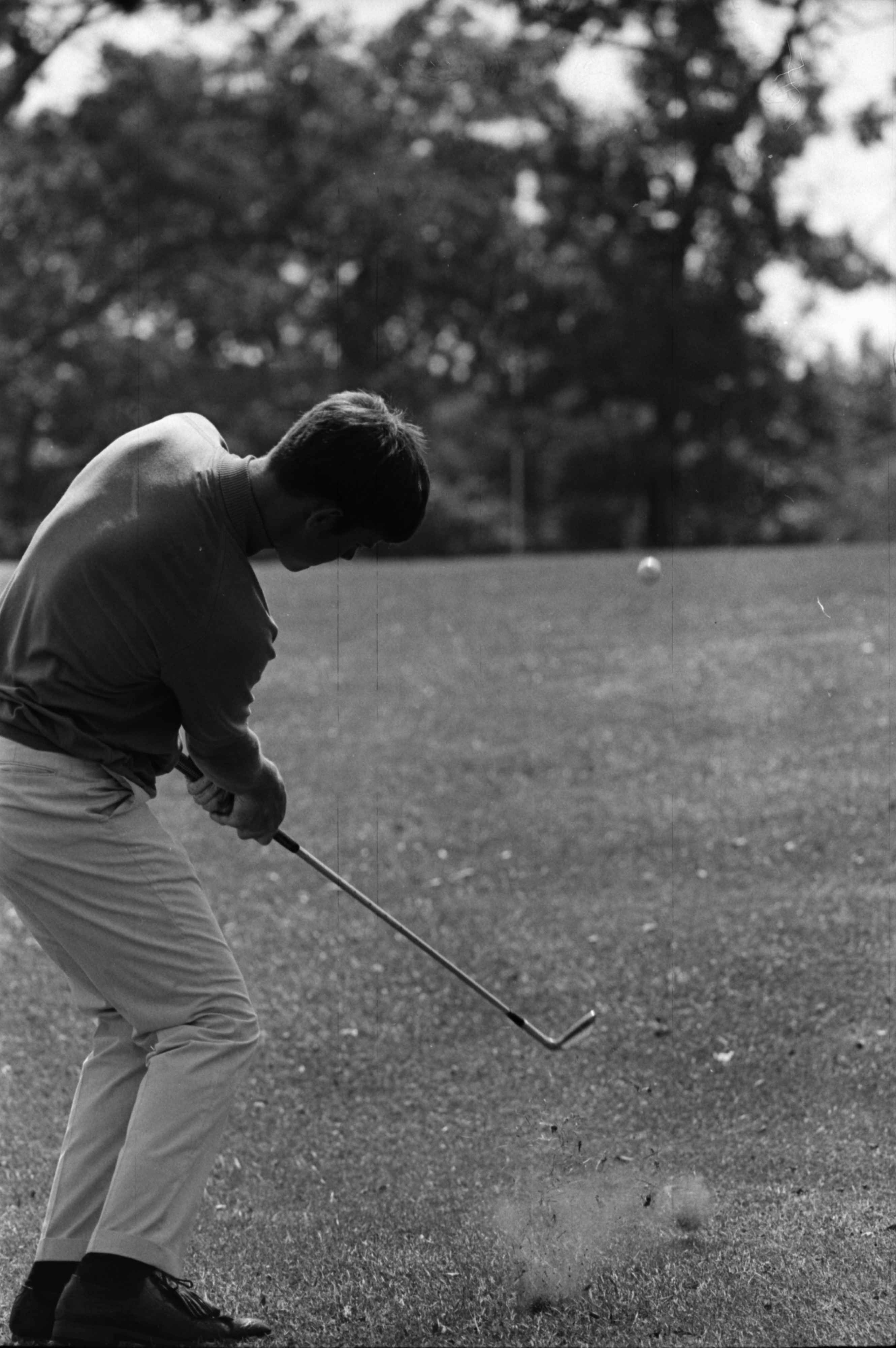 Published In
Ann Arbor News, July 16, 1969
Caption
"The 11th hole at the Huron Municipal Course gets the Eddie Shaffran treatment during the second round of the Ann Arbor Junior Golf Tournament. Sheffran chips his ball up on the green in expert style. He wound up firing a 72 which was one of the best rounds of the tournament."
Copyright
Copyright Protected 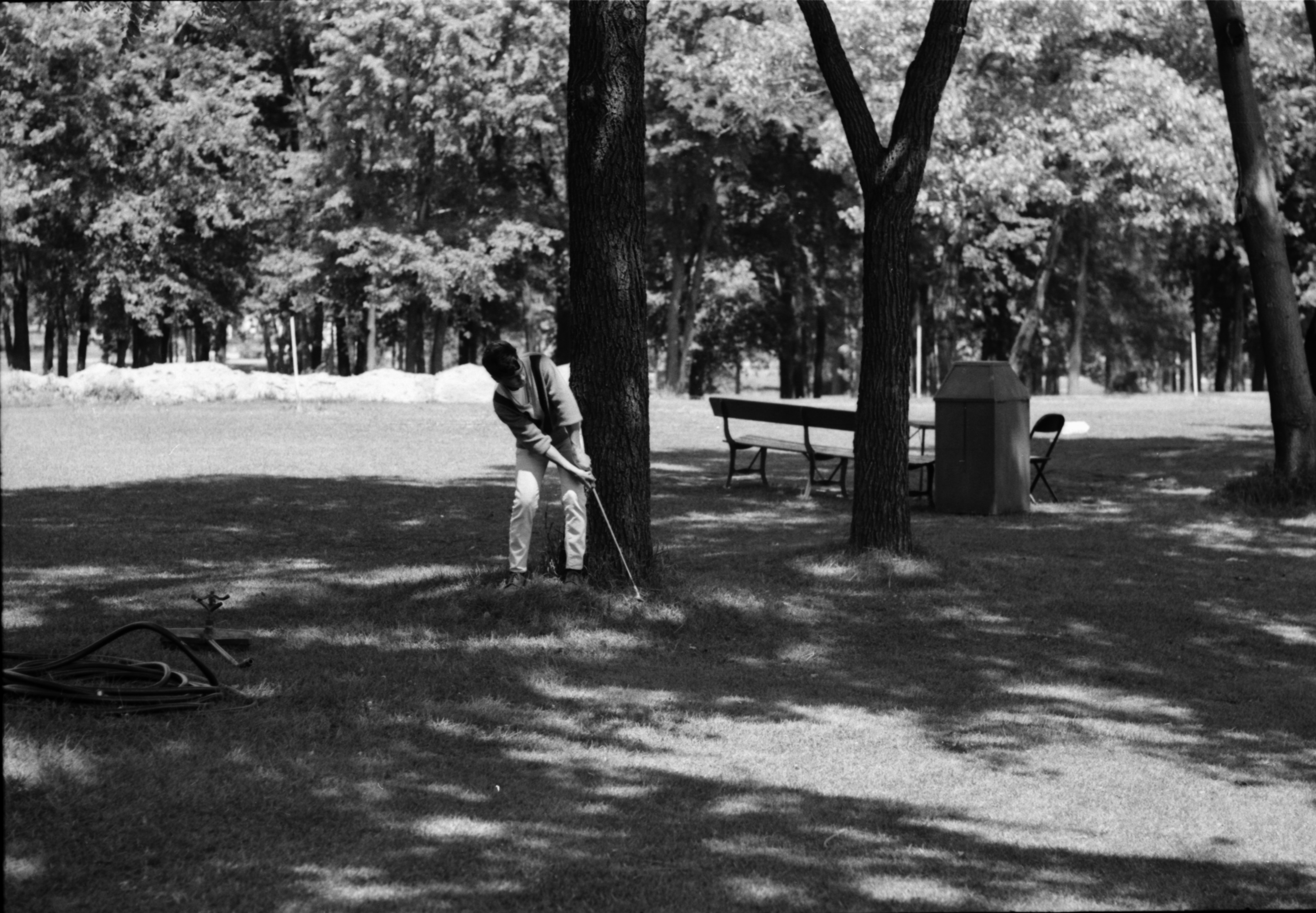 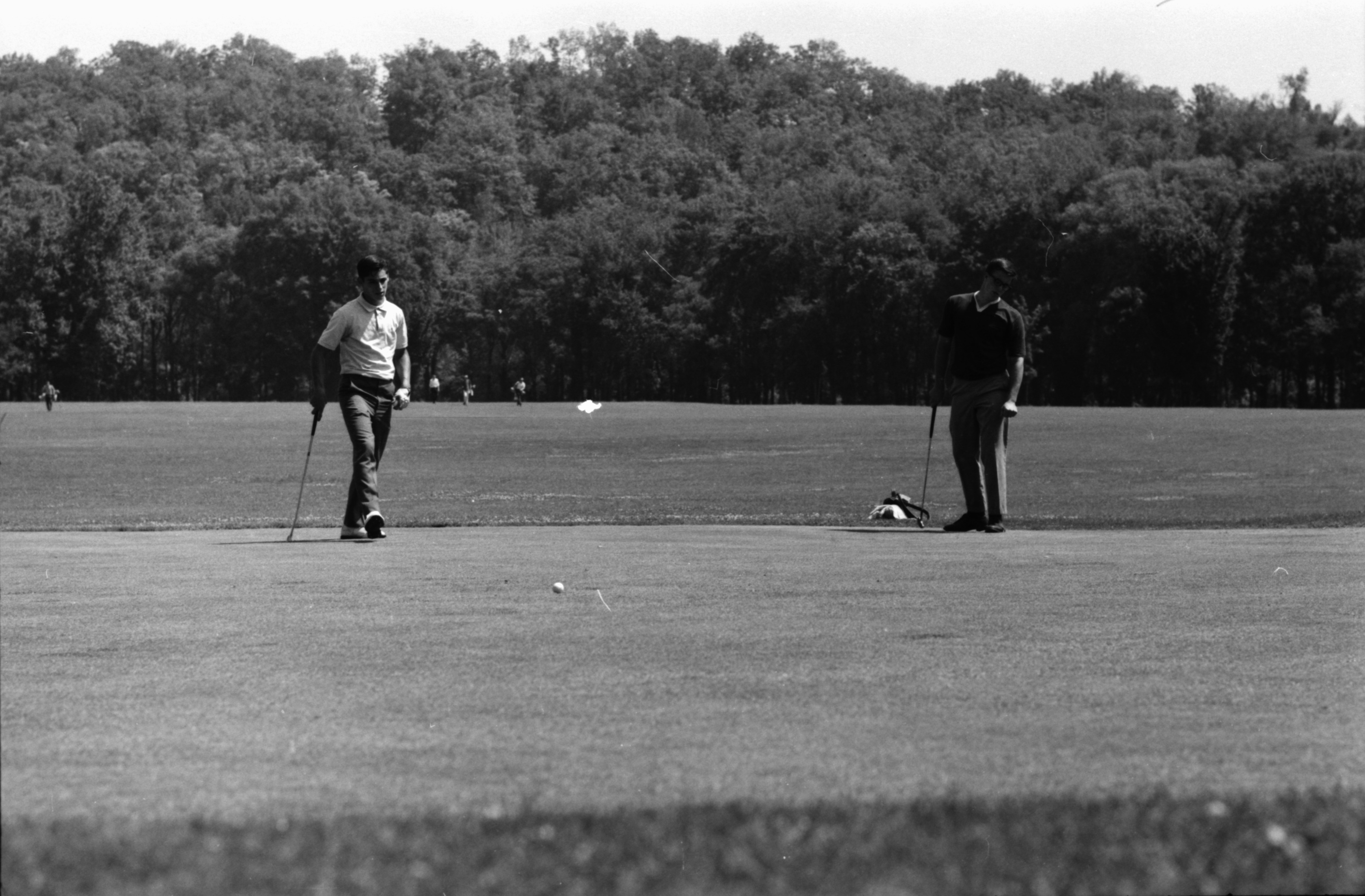