Each year, more than half a million Americans are released from prison and join a population of twenty million people who live with a felony record.

Reuben Miller, a chaplain at the Cook County Jail in Chicago and now a sociologist studying mass incarceration, spent years alongside prisoners, ex-prisoners, their friends, and their families to understand the lifelong burden that even a single arrest can entail. What his work revealed is a simple, if overlooked truth: life after incarceration is its own form of prison. The idea that one can serve their debt and return to life as a full-fledge member of society is one of America’s most nefarious myths. Recently released individuals are faced with jobs that are off-limits, apartments that cannot be occupied and votes that cannot be cast.

Halfway Home shows that the American justice system was not created to rehabilitate, and that parole is structured to keep classes of Americans impoverished, unstable, and disenfranchised long after they’ve paid their debt to society. 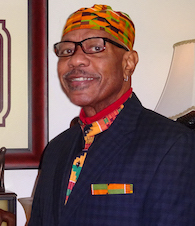 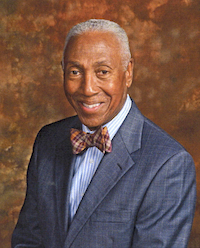 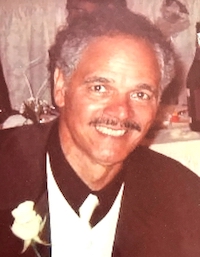 Donald L. Simons was born in 1943 and he grew up on Fuller Street in Ann Arbor. He attended Jones School, Ann Arbor High, and Eastern Michigan University. He was a starting football halfback and basketball co-captain in high school, and was recognized as athlete of the month. Mr. Simons recalls segregation and several incidents of discrimination in Ann Arbor. He is proud of his family, his work coaching at the Maxey Boys' Training School and Boysville, and co-hosting the annual neighborhood picnic for 25 years. 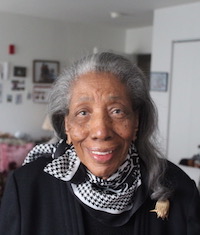 Thekla Mitchell: Thekla White was born in 1921 in Newport, Arkansas, the youngest of nine siblings. At age 22, she traveled to Ann Arbor to visit her sister. After getting a job at Cunningham’s Drug Store, she decided to stay. She worked at the University of Michigan Hospital as a nurses’ aid and laboratory assistant in the Pathology Department for 24 years. Known as “Dimples” to friends and family, Mrs. Mitchell was active in community organizations including the Ann Arbor Civic Club and the Order of the Eastern Stars.

Harold Simons was born in 1946 and he grew up in Ann Arbor. He was inspired by Jones School teacher Harry Mial to become a teacher and coach. A standout basketball player for Ann Arbor High, he went on to play at Eastern Michigan University. He was the freshman basketball coach there before becoming head coach at Huron High for 20 years. Mr. Simons reflects on race relations and generational differences in Ann Arbor. He and his wife Ethel have been married for 53 years.

Lola Jones and Carol Gibson are well-known to anyone familiar with Ann Arbor history. Over the past 30 years they have sought out and documented the history of the African American experience in Ann Arbor through a series of projects under the moniker Another Ann Arbor; it is largely through their work that the Ann Arbor African American story is a part of our shared community identity. Lola and Carol stopped by the library to talk with us one day about the work they have done over the years and where they are headed next. They shared with us some of the interesting people and events they have learned about and brought to the community in their television program, their documentaries, and their book. You can now watch one of their documentaries online at aadl.org in our video collection. A Woman's Town was produced in 1991 and tells the story of Ann Arbor through the voices of prominent African American women.

Roberta Hughes Wright was born in 1922 and grew up in Detroit. She attended Howard University at age 15 and completed her bachelor's degree at Wayne State University. During the course of her career she was an X-ray technician, teacher, school social worker, and probate attorney. She earned her PhD from the University of Michigan and a JD from Wayne State. After the passing of her first husband Wilbur B. Hughes II, she married Charles H. Wright, founder of the Charles H. Wright Museum of African American History in Detroit. She wrote several books, including an autobiography titled Reflections of My Life and Lay Down Body: Living History in African American Cemeteries. She passed away on April 2, 2019.

Roberta Hughes Wright was interviewed by students from Skyline High School in Ann Arbor in 2010 as part of the Legacies Project.

George Ramsey was born 1938 and grew up on East Warren Avenue in Detroit. He remembers experiencing the Detroit Race Riot of 1943 as a young child and the Detroit Riot of 1967 as an adult. He attended Northeastern High School with classmates who became famous Motown singers. Ramsey served in the United States Air Force and USPS before becoming a road manager for a Motown recording group in the late 1960s. He worked for Motown music producer Lamont Dozier in California in the 1970s.

George Ramsey was interviewed by students from Skyline High School in Ann Arbor in 2010 as part of the Legacies Project.

David Yamamoto was born in 1938 in San Jose, California. He grew up in a predominantly Japanese American community. When he was four, his family was forced to move to an internment camp, Heart Mountain Relocation Center, in Wyoming. The discrimination his family faced during and after World War II shaped his life profoundly. Yamamoto graduated from San Jose State University and got his PhD in special education from Stanford. He received a Rockefeller Fellowship to support his career in educational administration. He has spoken out against civil rights violations throughout his adult life.

David Yamamoto was interviewed by students from Skyline High School in Ann Arbor in 2016 as part of the Legacies Project.