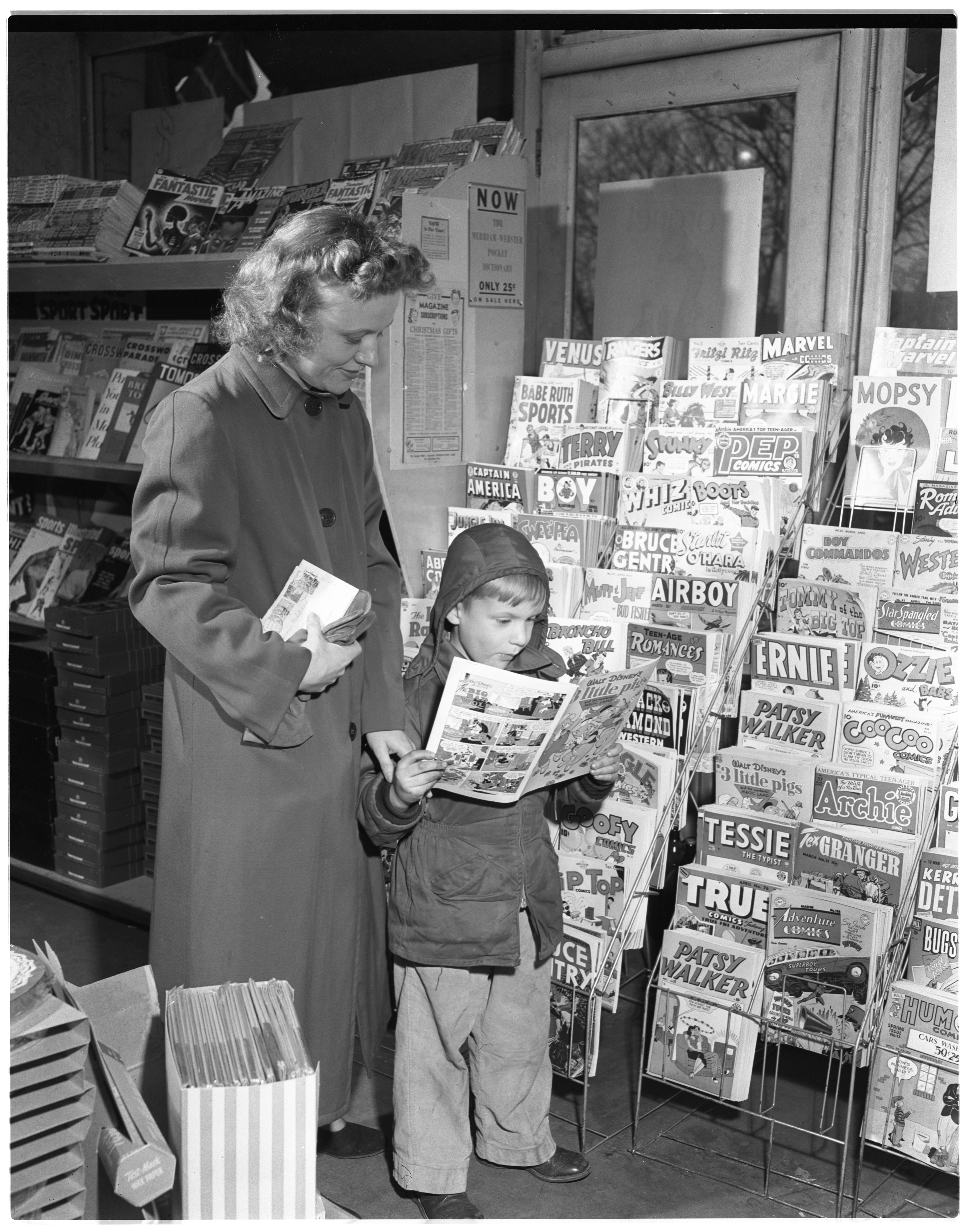 Published In
Ann Arbor News, February 17, 1949
Caption
For a five-year-old, choosing one comic book from a whole stand of them is like trying to select the biggest, reddest apple from a bushel basket. Russell Whitehead, kindergarten pupil at Perry School, decided on "The Three Little Pigs," but not until he had given a dozen other offerings the twice-over. His mother, Mrs. Barry Whitehead of 711 Arch St., figured it wouldn't be long until Russell huffed and puffed and blew his way through "Pigs." Then they'll probably be back at the magazine stand.
Copyright
Copyright Protected 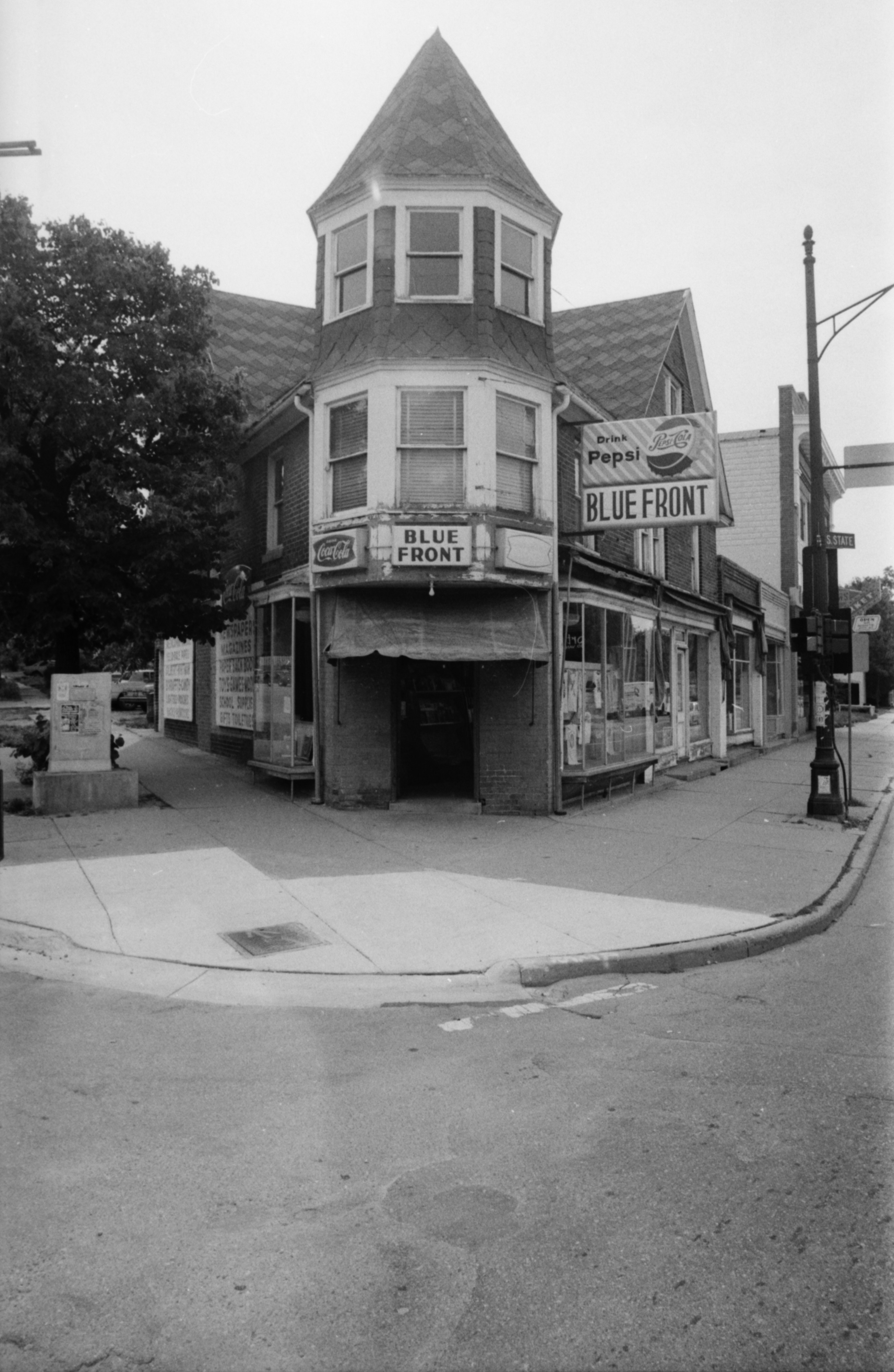 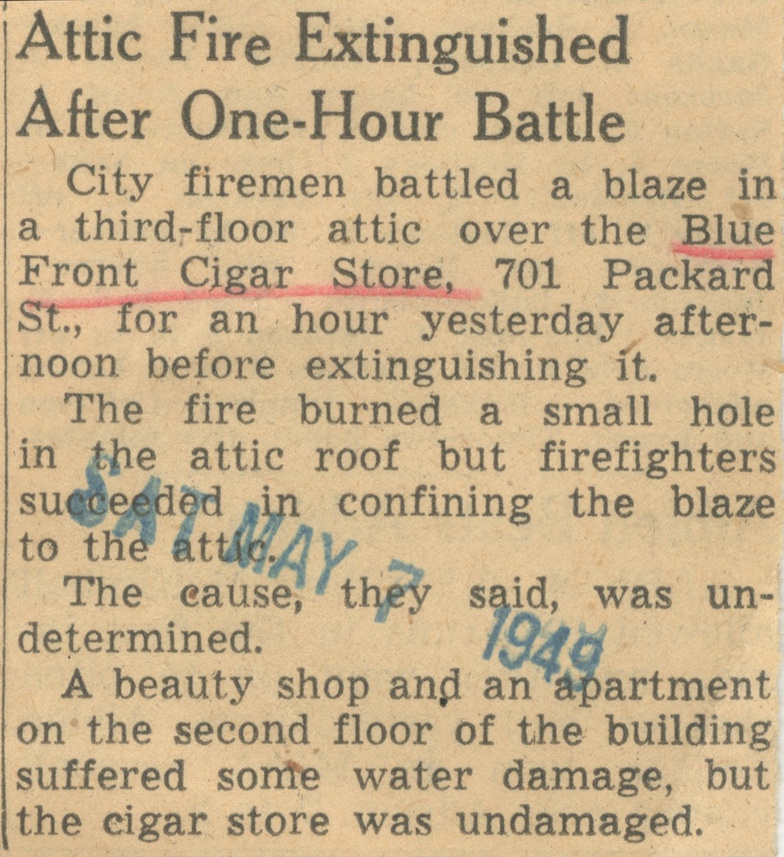 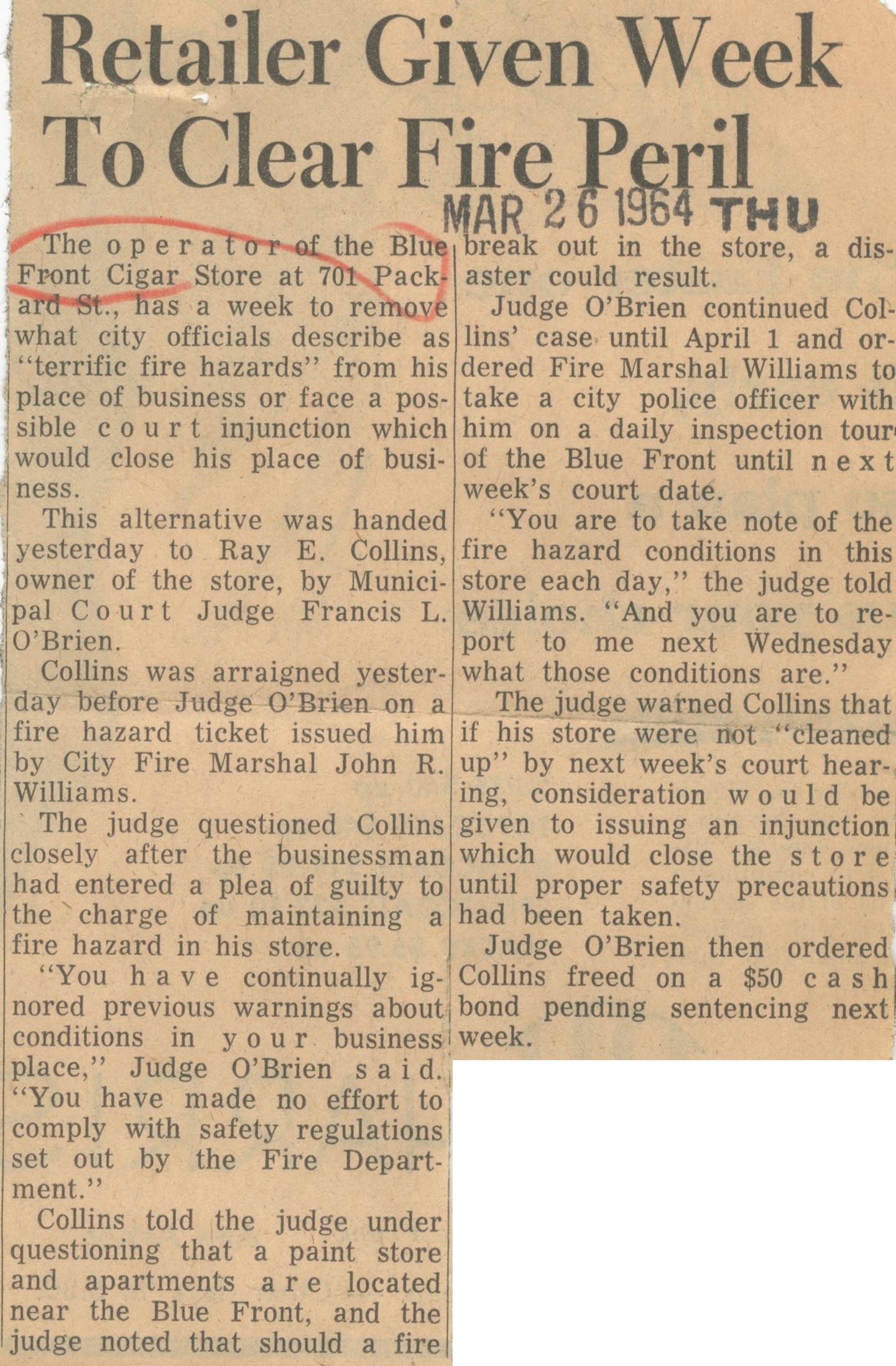