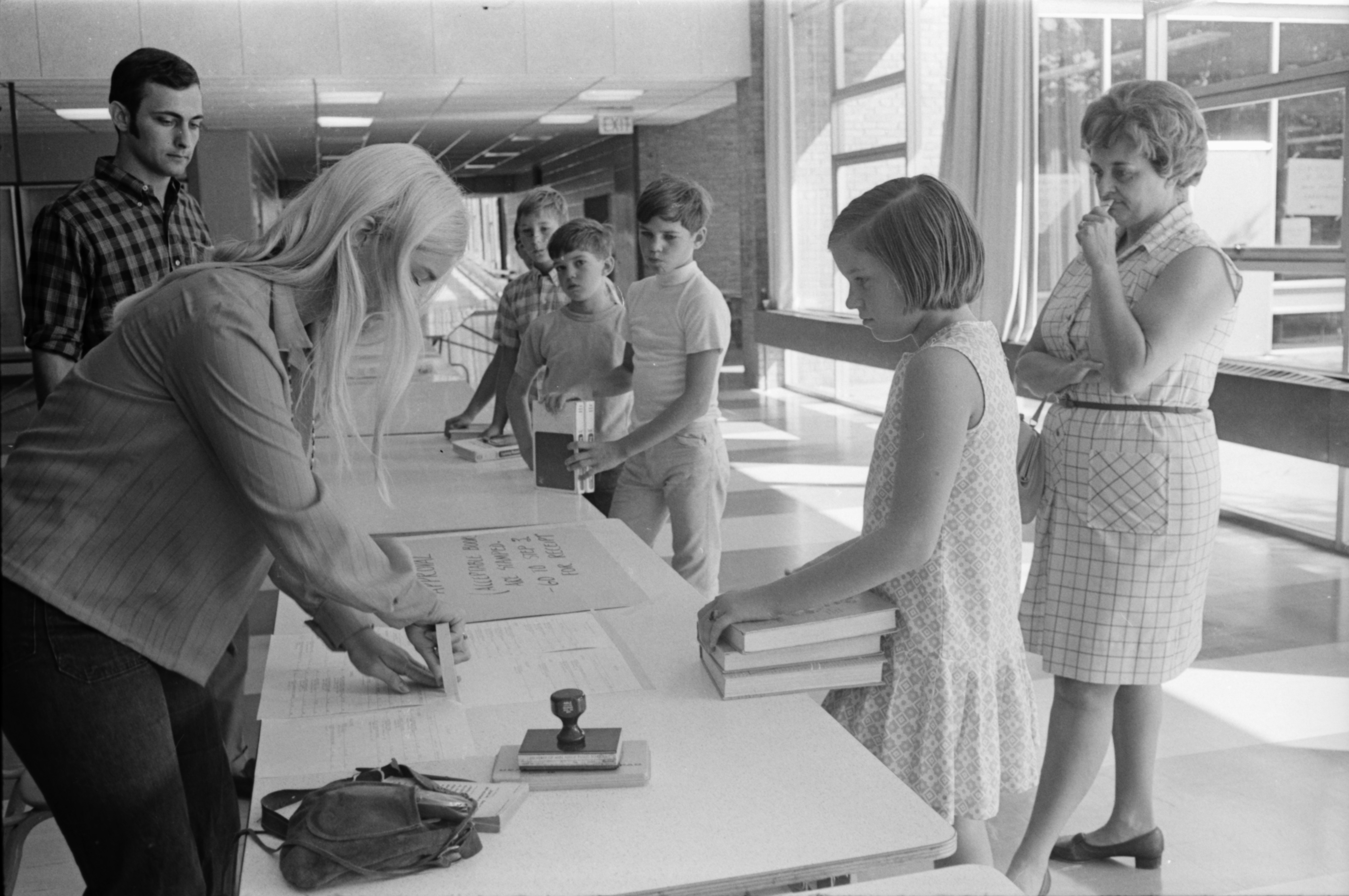 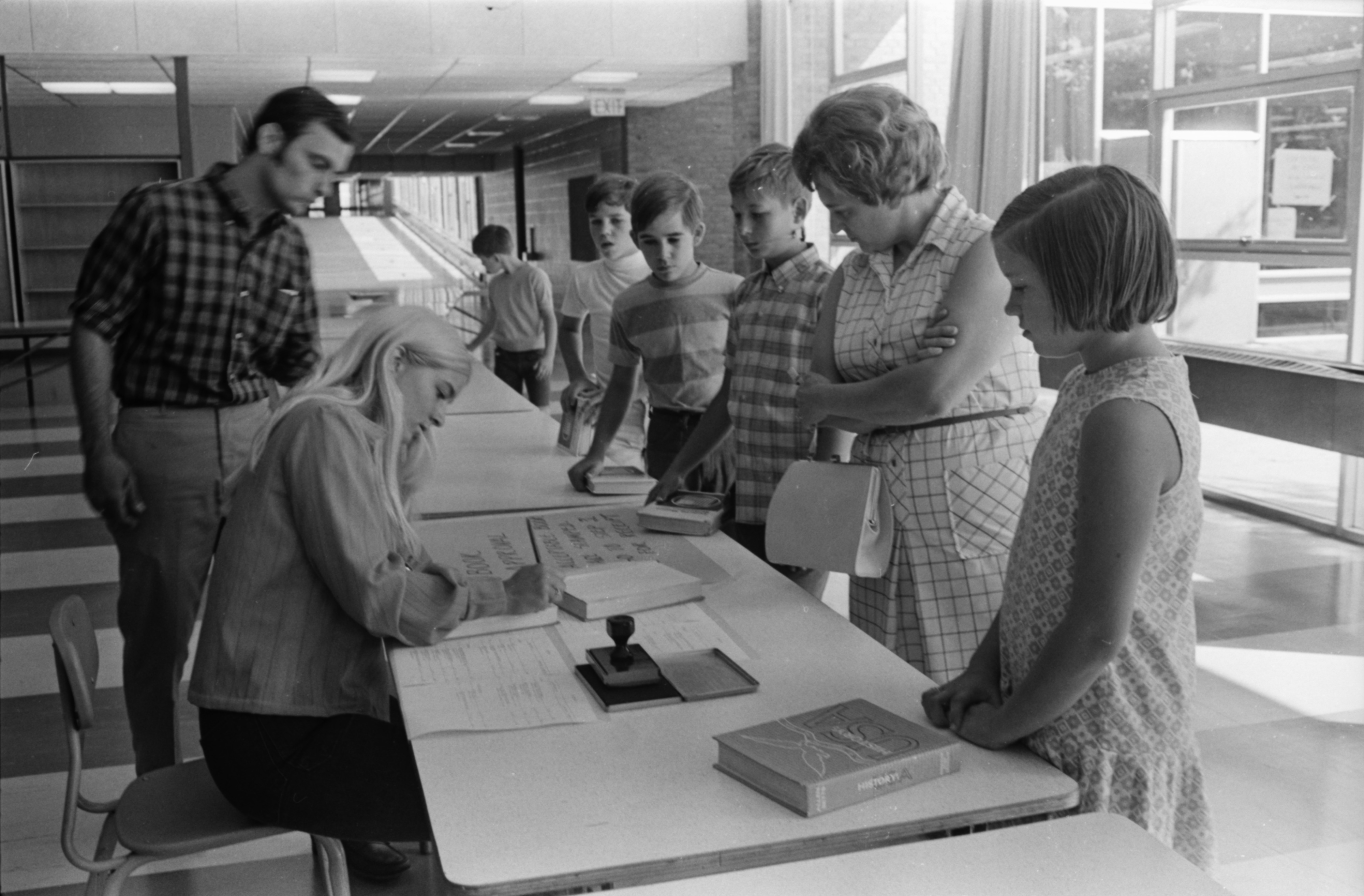 Published In
Ann Arbor News, August 27, 1970
Caption
Textbook Buying Under Way: Student Mary Teska (far right) sells a book to Nancy Bell as Forsythe teacher Duane Black looks on. This was the scene today at Forsythe Junior High where the public schools are buying used textbooks because of a Supreme Court ruling that all textbooks must be provided free to all students. The sale will continue until 8 p.m. today at both Forsythe and Tappan Junior Highs, and from 10 a.m. to 8 p.m. tomorrow.
Copyright
Copyright Protected 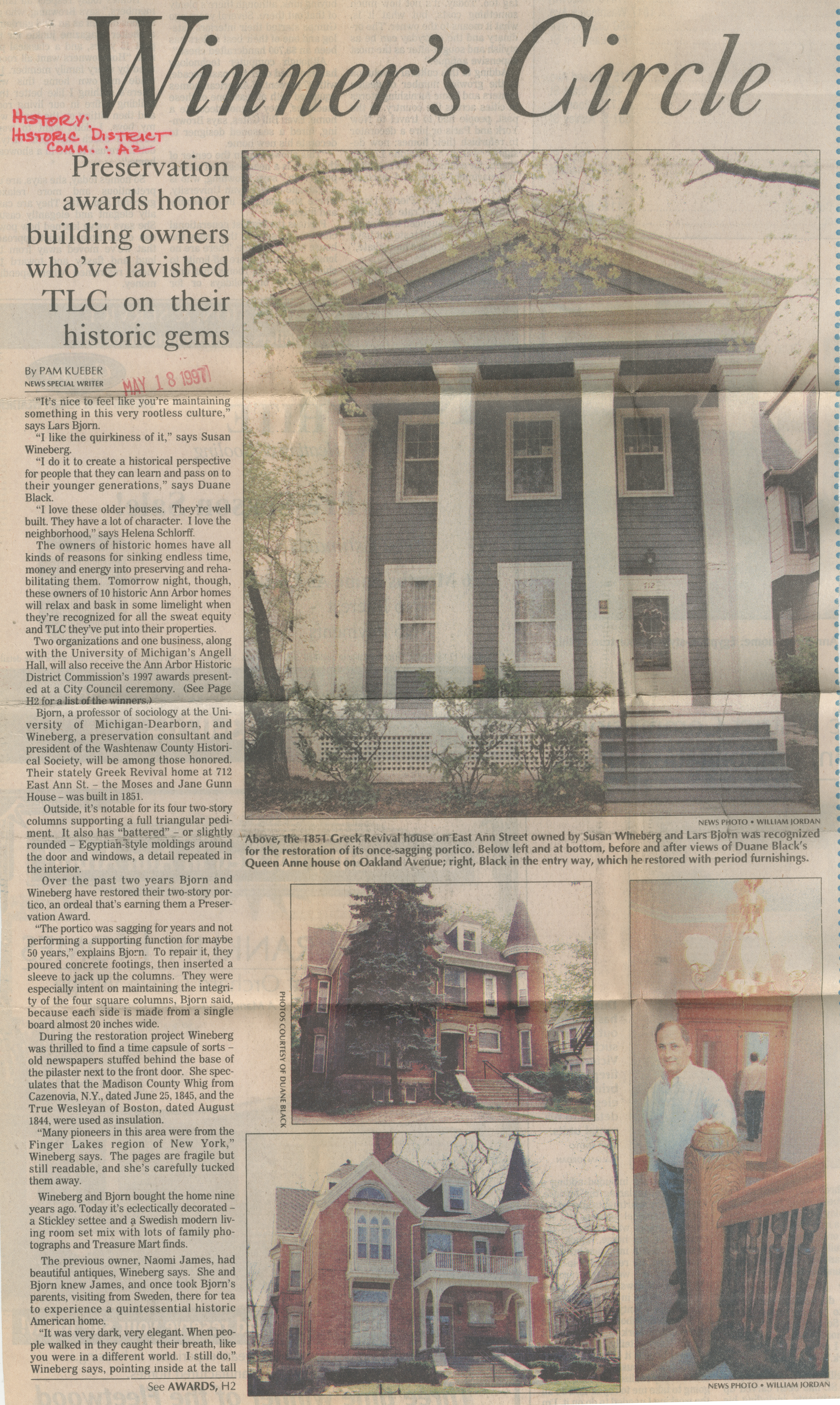 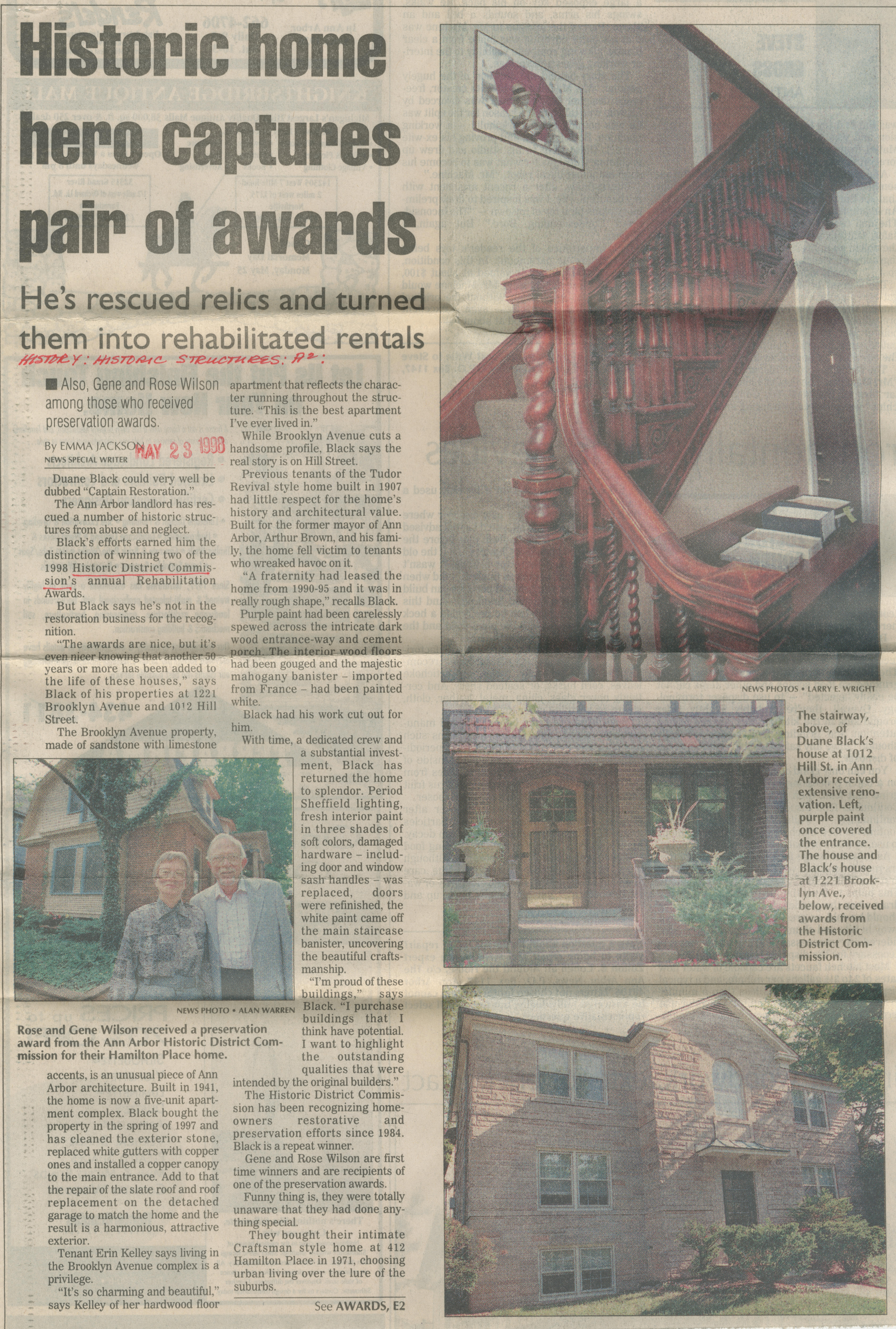 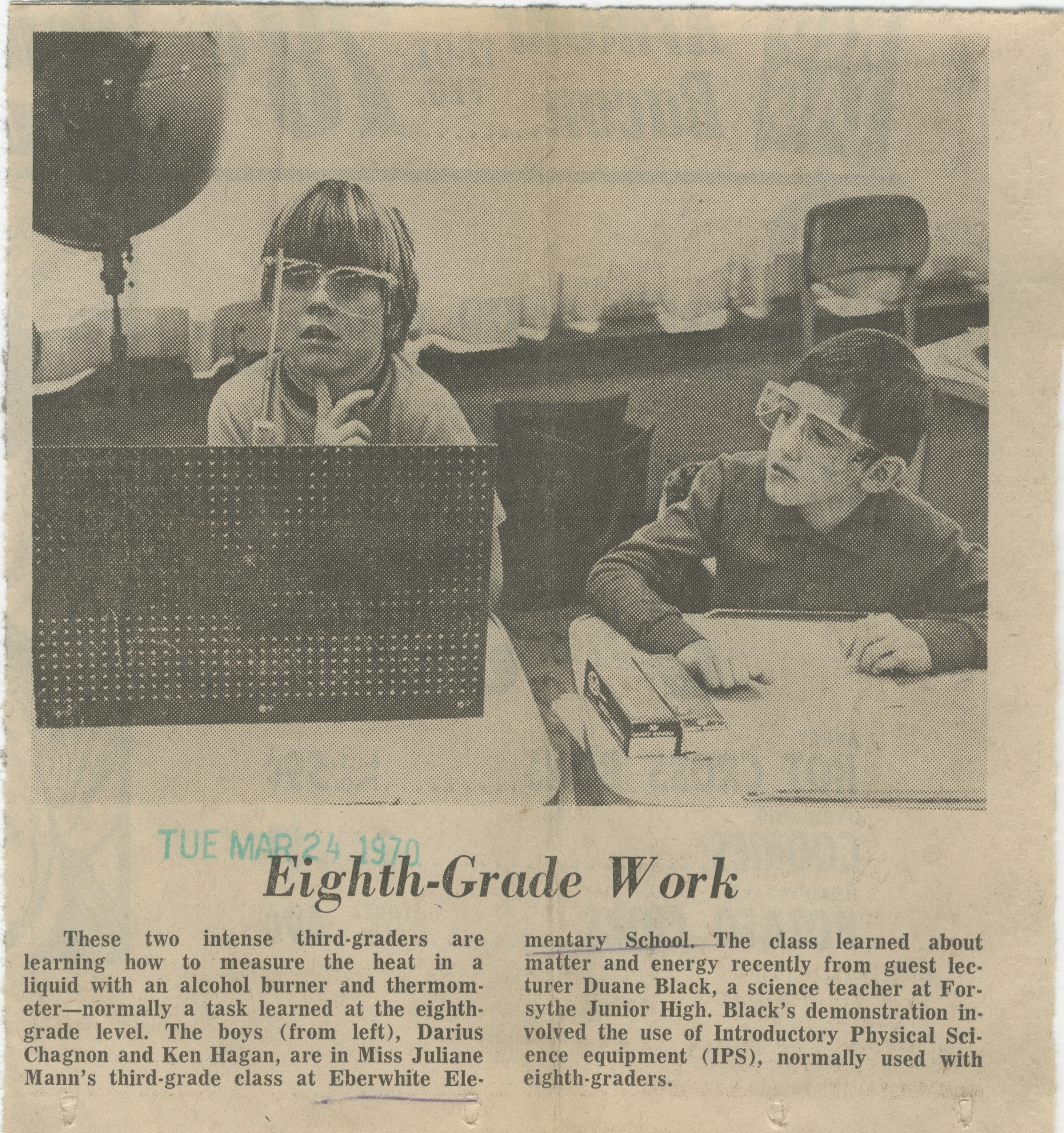 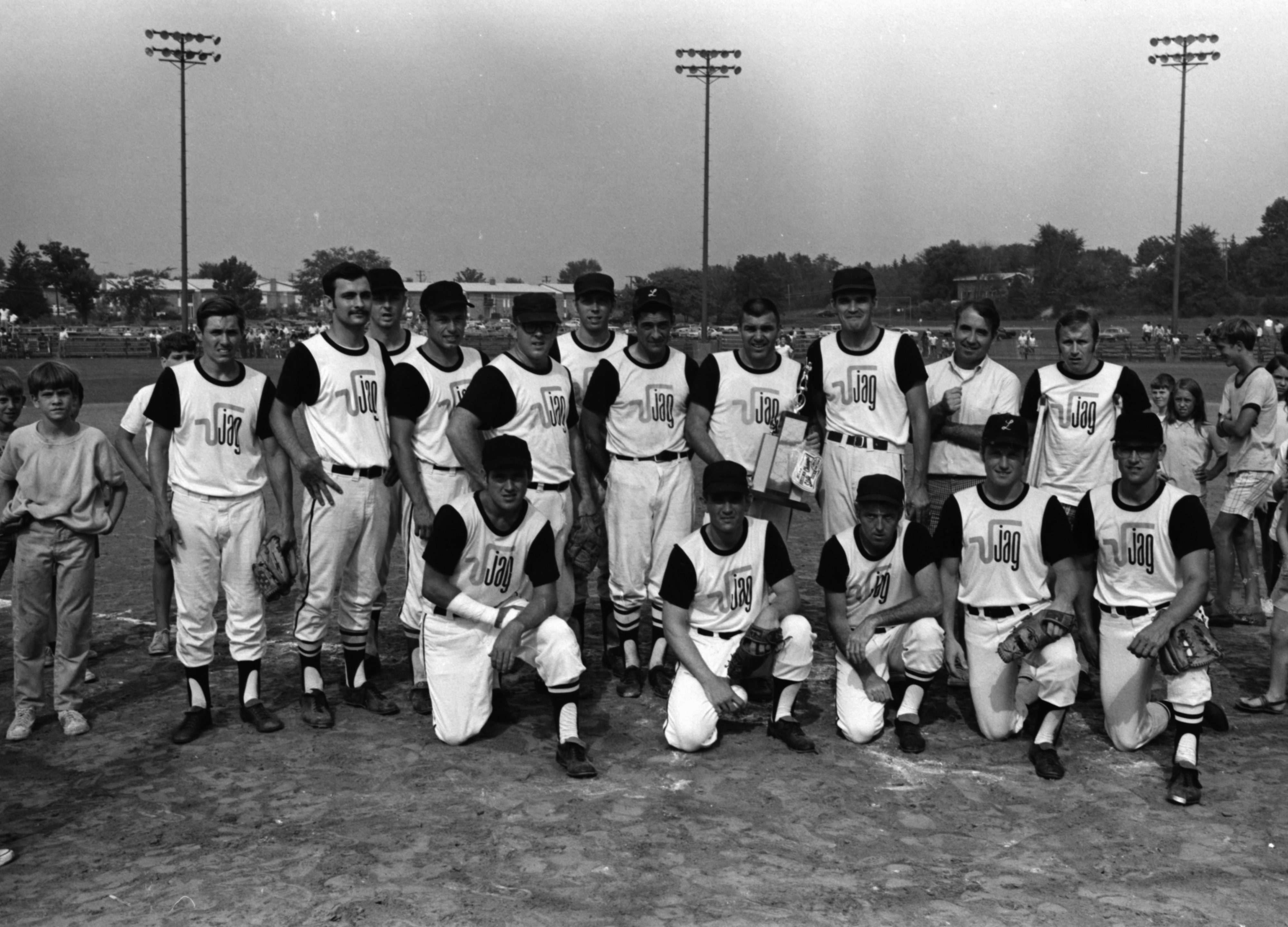