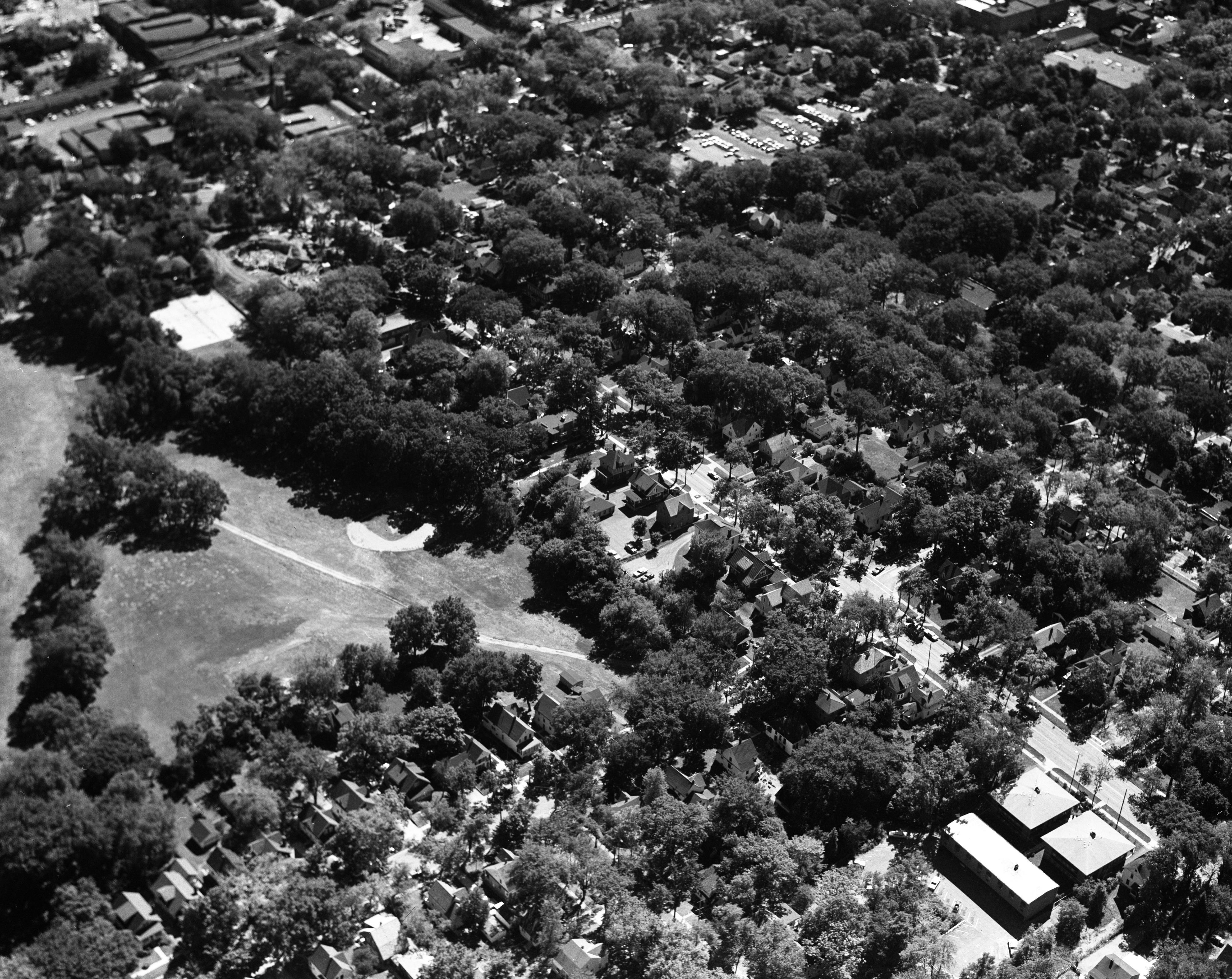 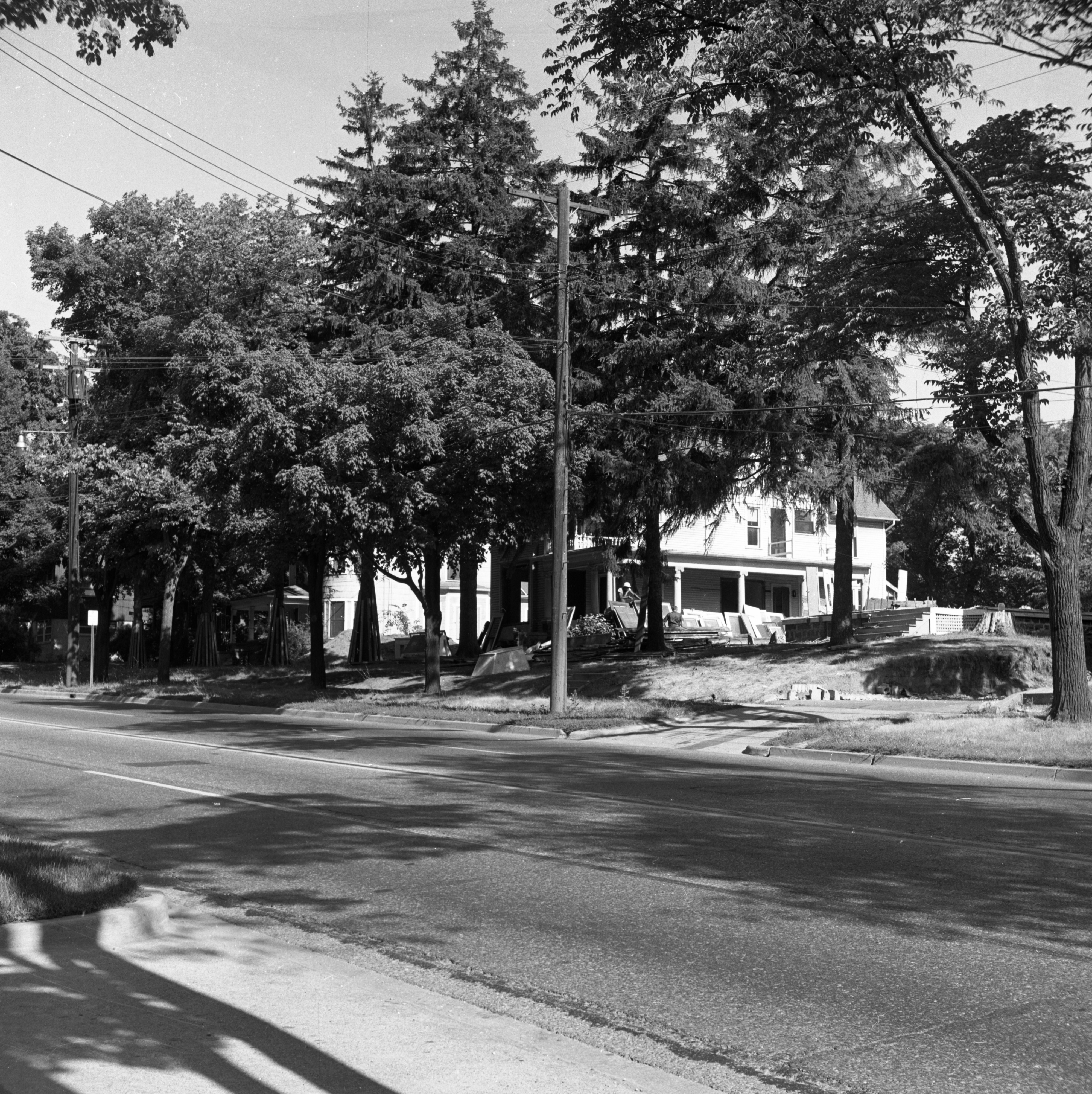 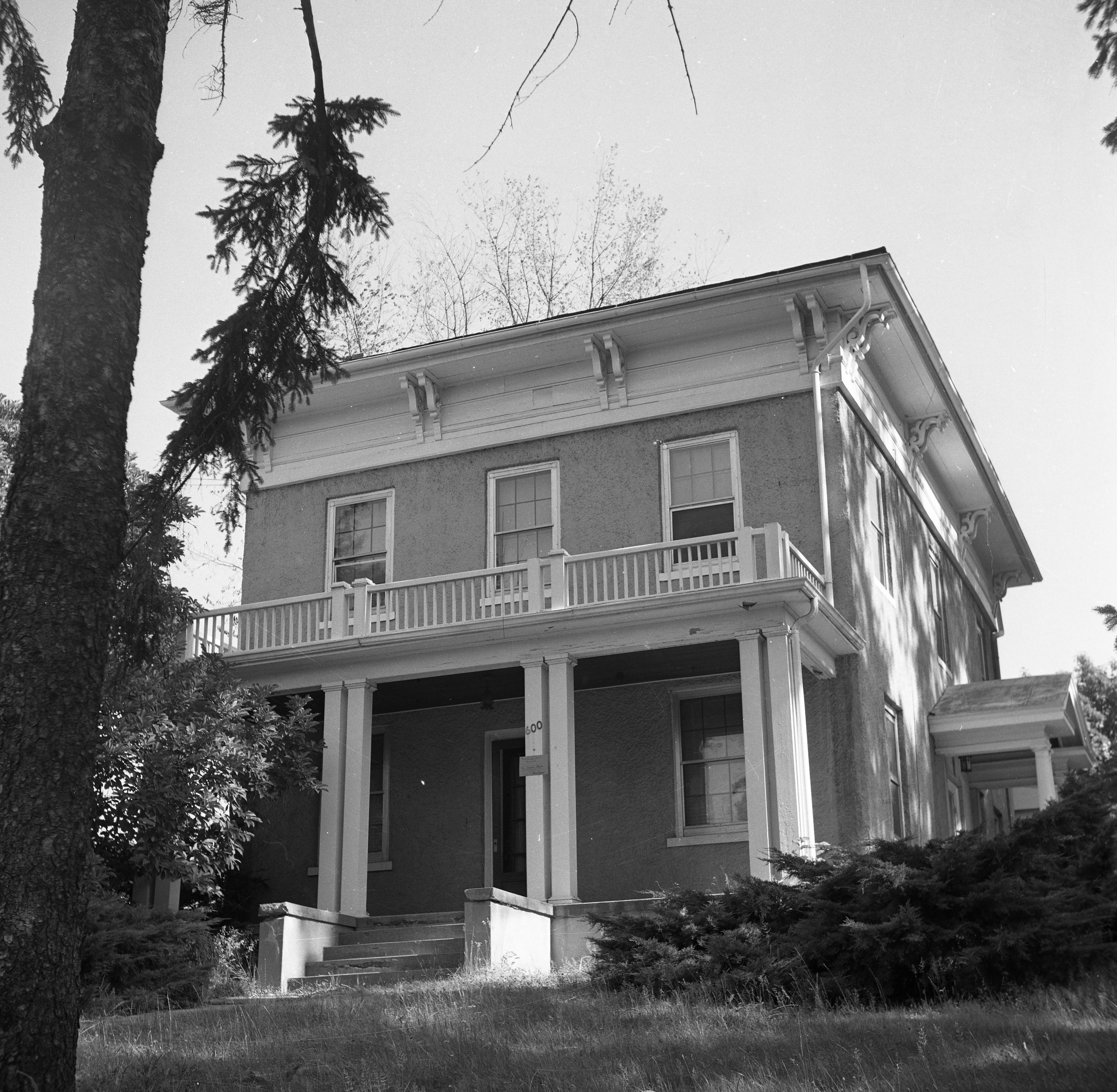 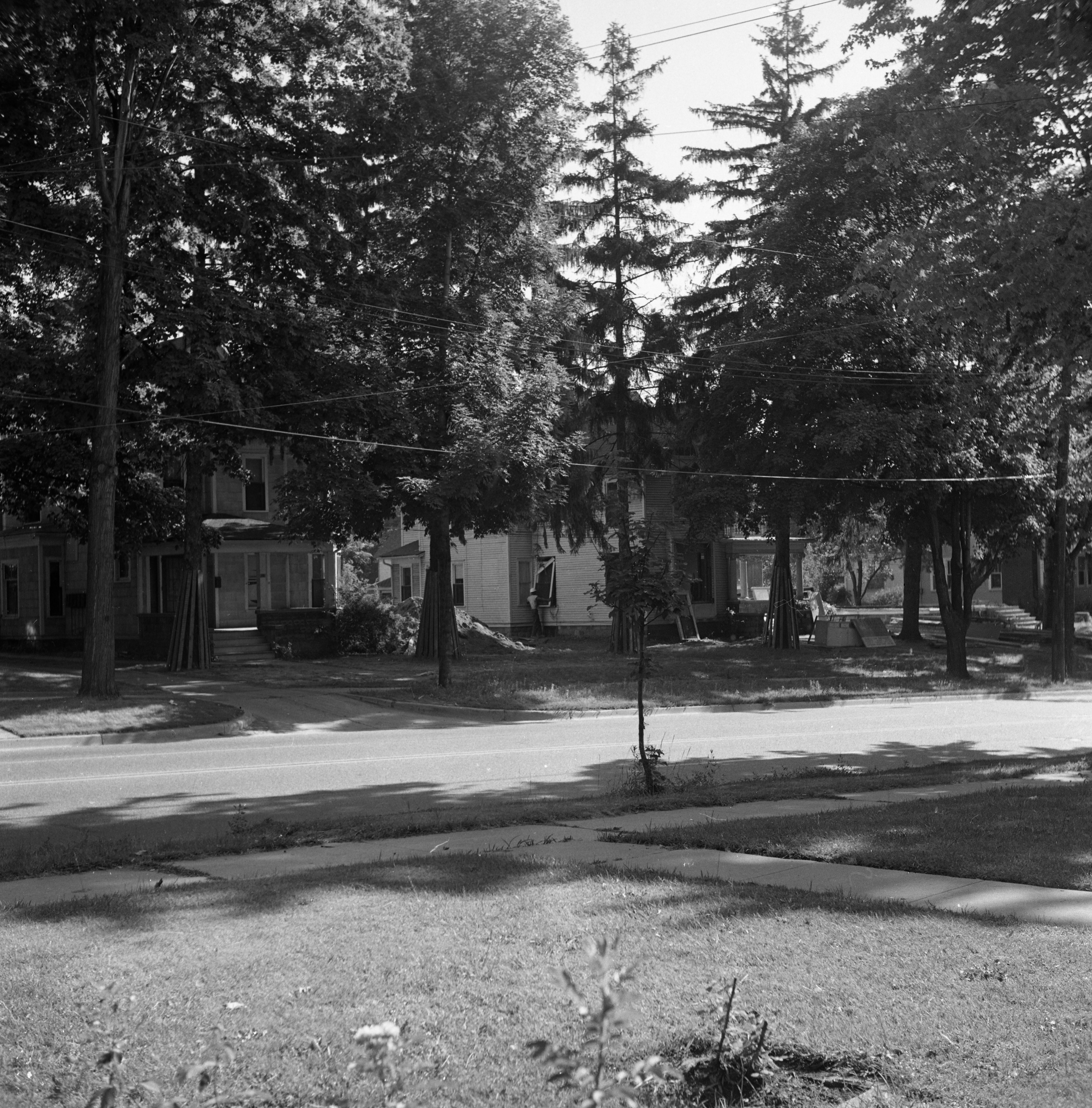 Published In
Ann Arbor News, July 9, 1963
Caption
Senior Housing Project: Demolition work is in progress on west-side land that is the site of Lurie Terrace, the $1,700,000 senior citizens housing project. A house has been demolished at the right, the two on the left will come down shortly. Four houses on W. Huron St. west of Park View Pl. will be torn down to make way for two eight-story structures that will provide 142 units for persons aged 62 and over. The project is slated for completion within 13 months. Razing of the buildings on the site will run into August, it was reported.
Copyright
Copyright Protected 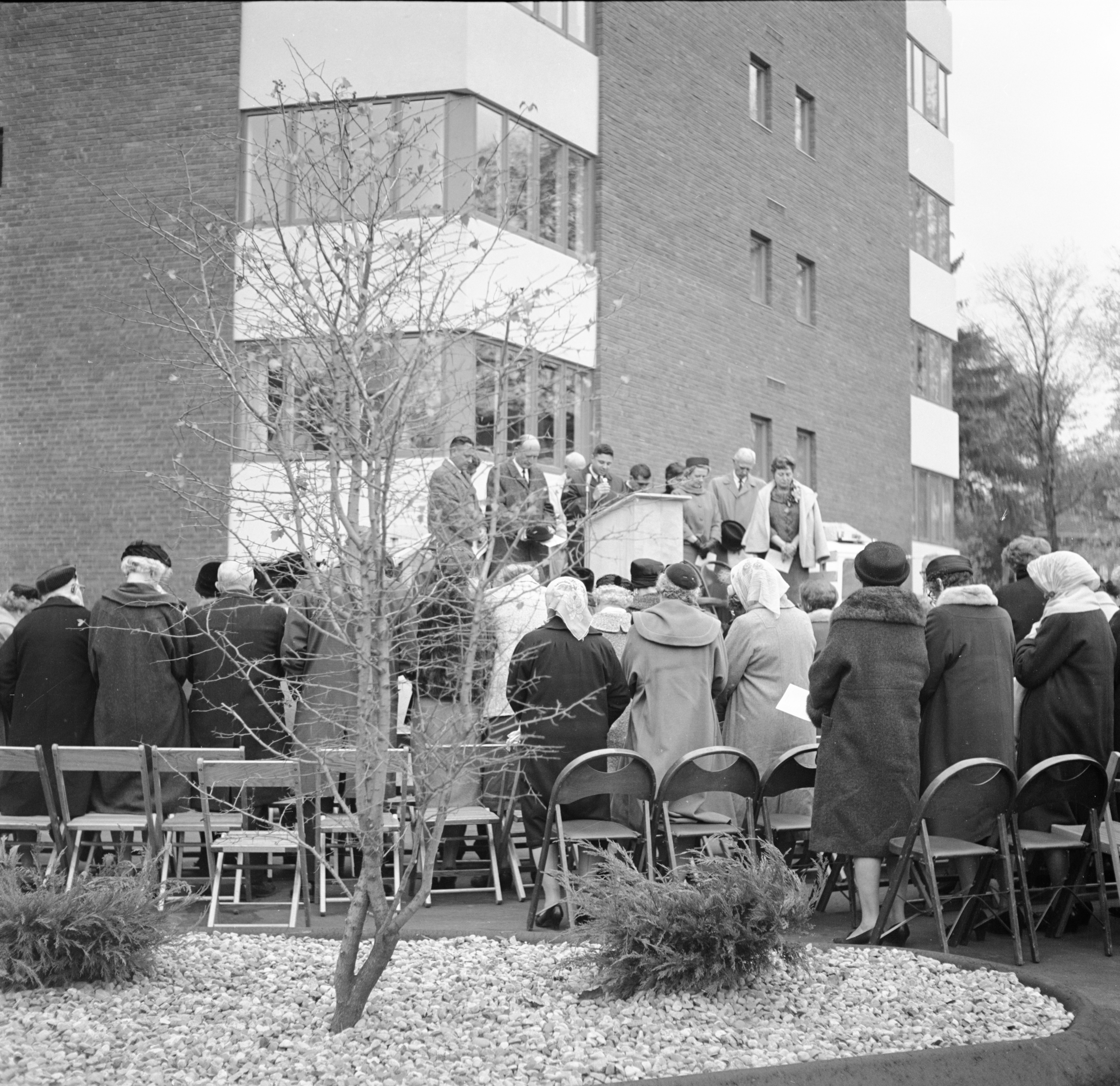 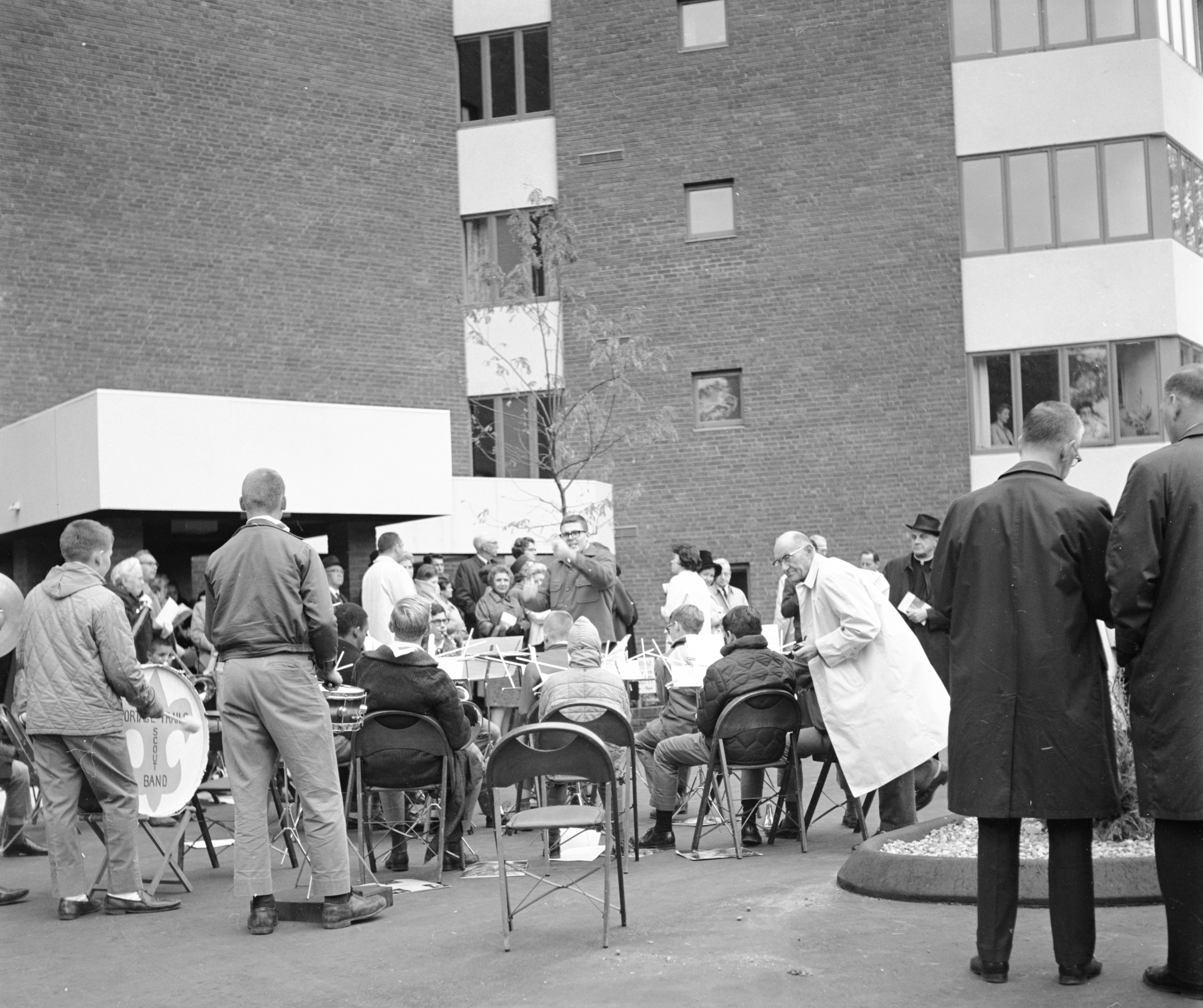 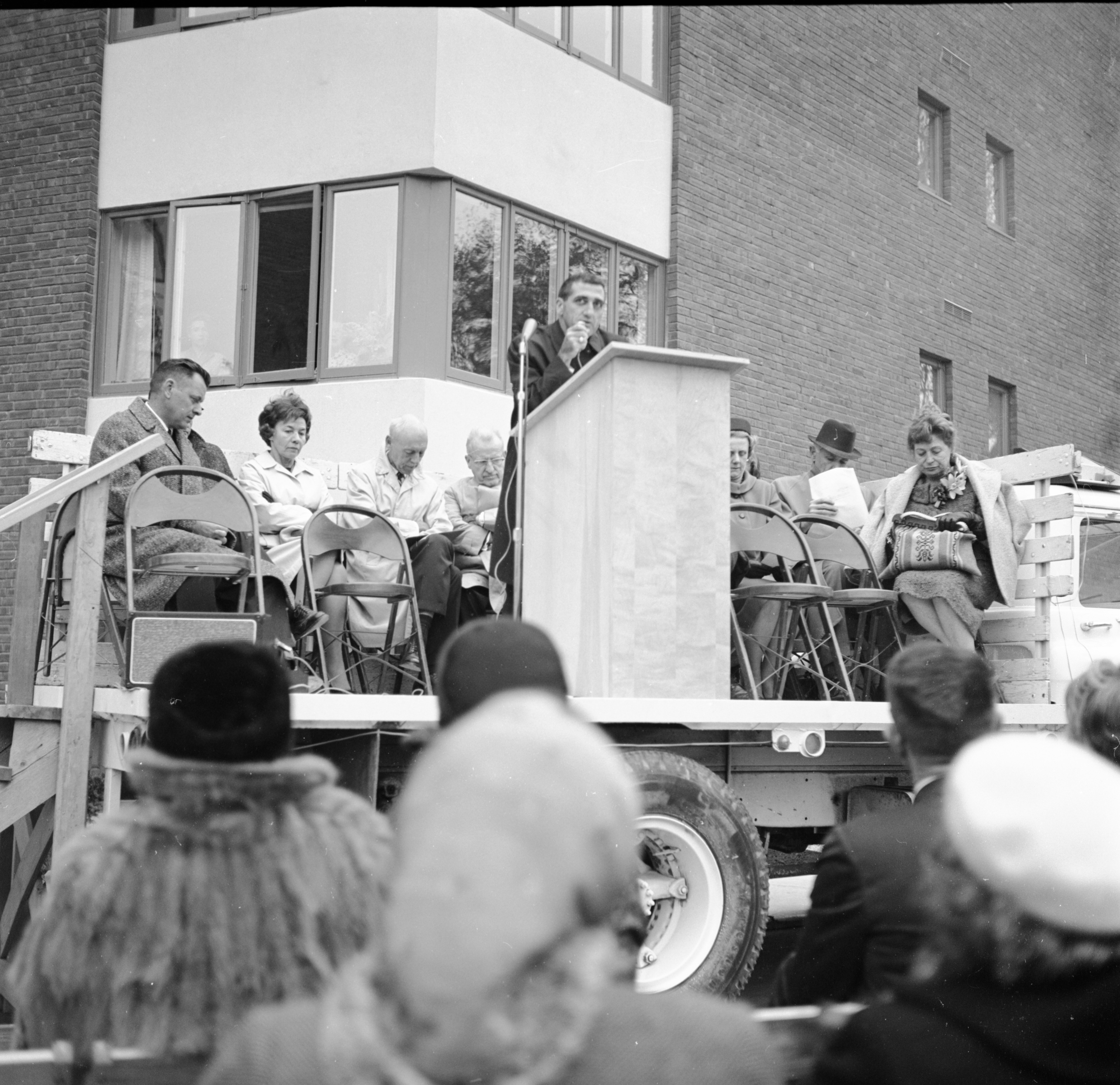 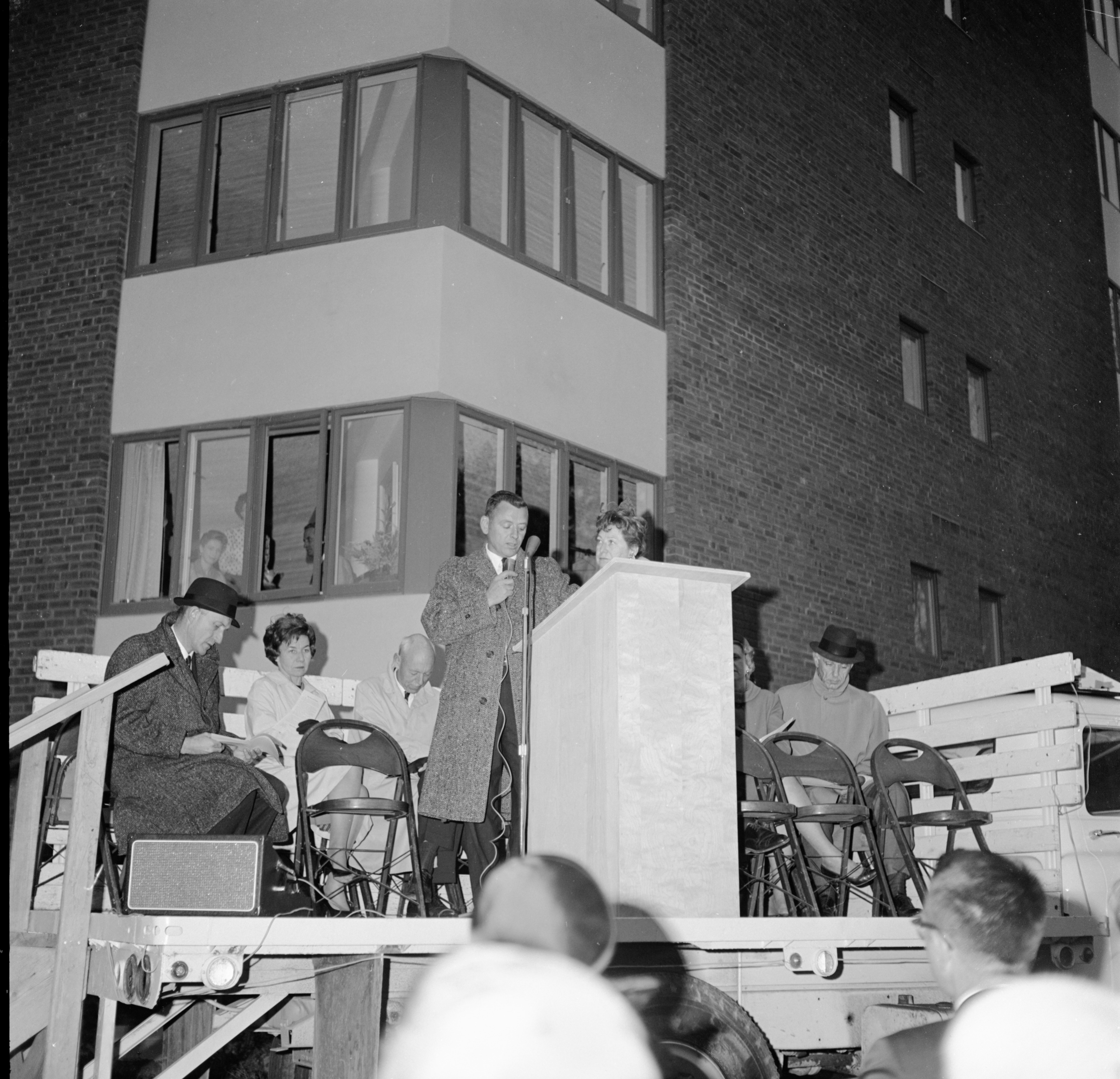 Speakers Huddle Against The Cold, Wet Weather At Dedication of Lurie Terrace, October 1964 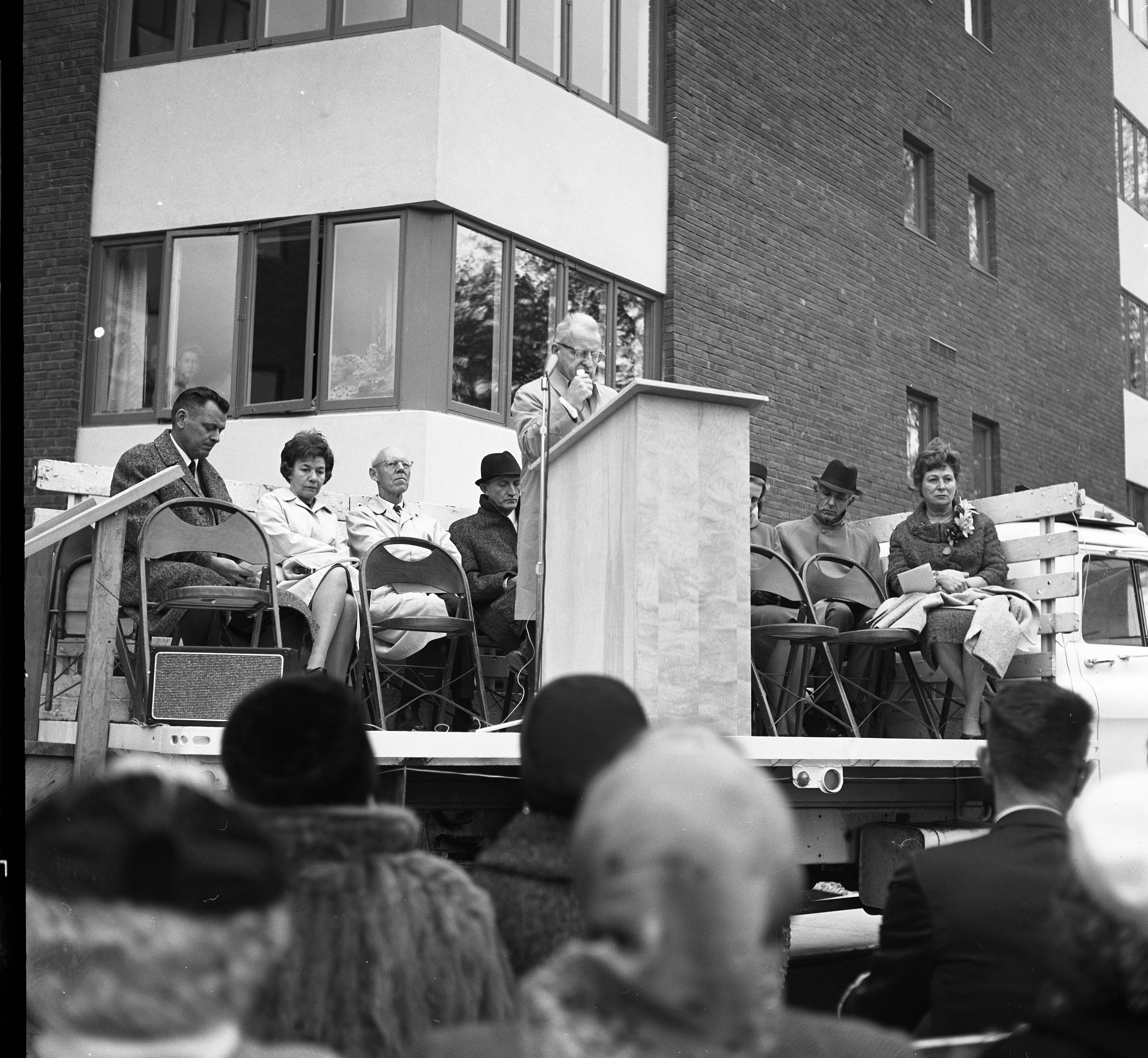 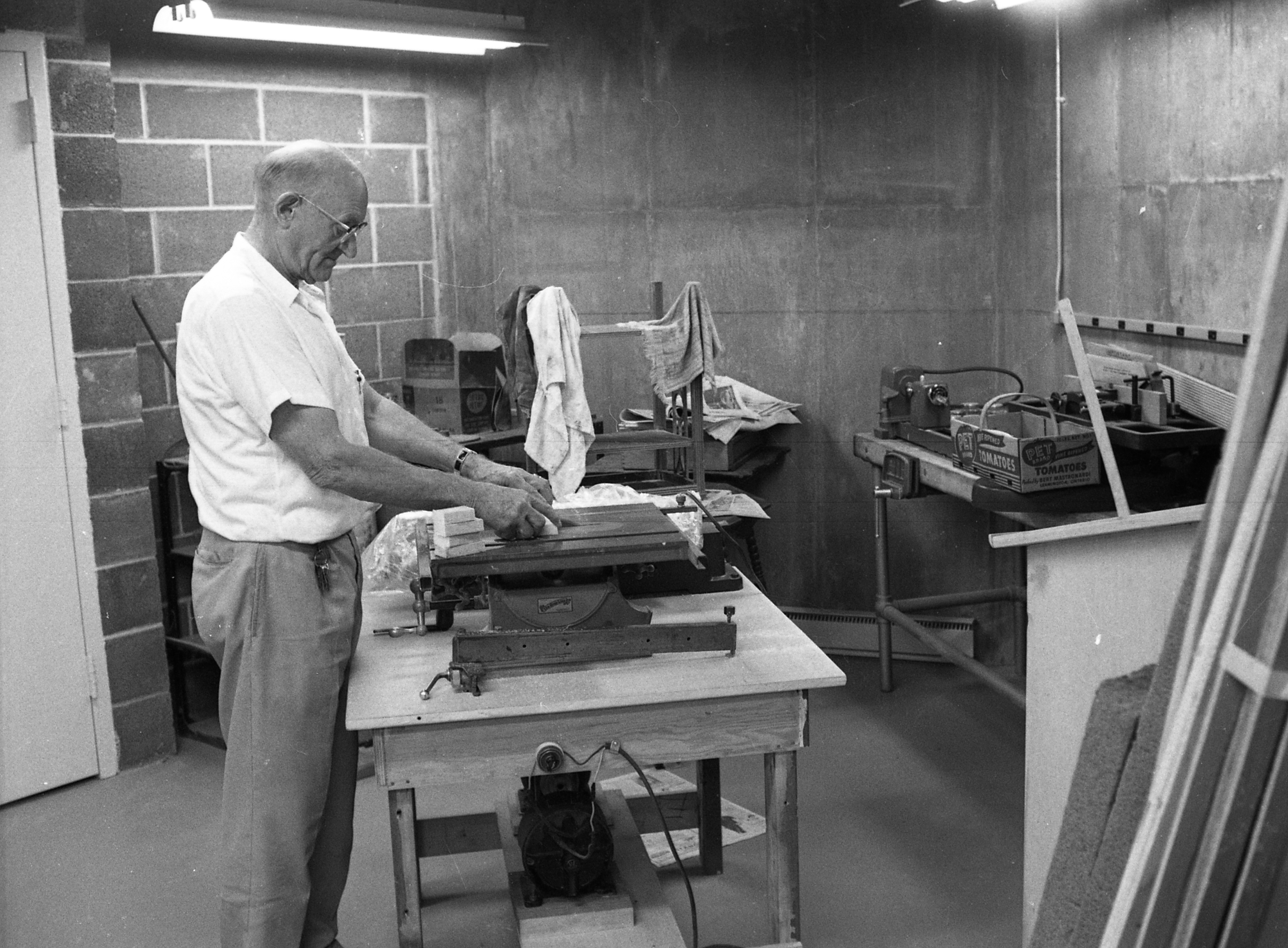 Published In
Ann Arbor News, August 7, 1965
Caption
Busy In Workshop - William Foss, a resident of Lurie Terrace, works with the bench saw in the basement workshop of the eight-story apartment building for persons over 62 years of age.
Copyright
Copyright Protected
Subscribe to Senior Citizens Housing of Ann Arbor Inc.