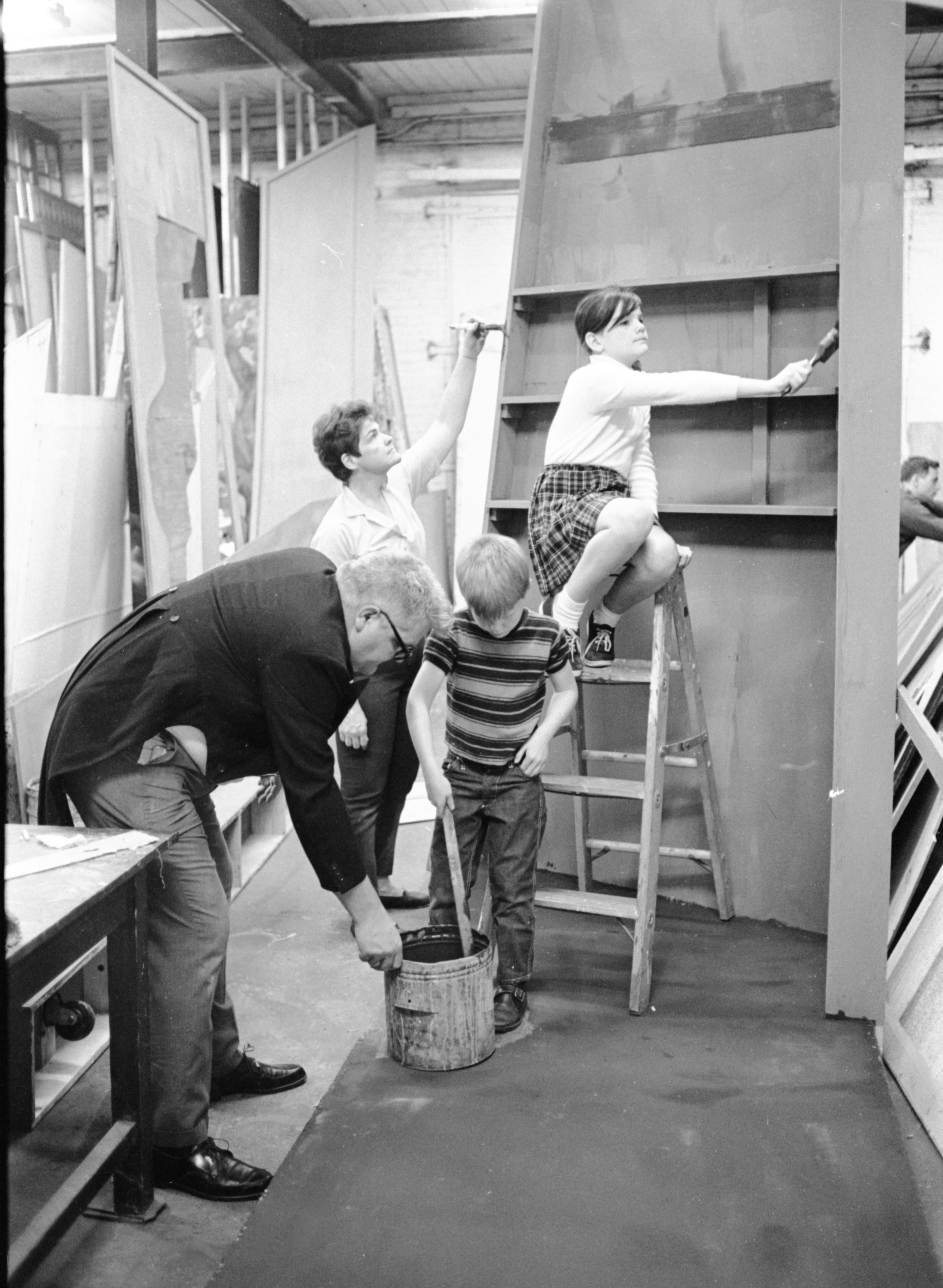 Published In
Ann Arbor News, October 28, 1968
Caption
It's Work Before 'Play' - Ann Arbor Civic Theatre's presentation of the play, "The Visit" by Friedrich Duerenmatt, this week in the Lydia Mendelssohn Theatre has aspects of being a family affair. John Stevens of 1409 Shadford, who will appear in a leading role in the play, holds a bucket of paint while his six-year-old son Jeffrey, stirs. Behind her husband, Mrs. Stevens applies the paint to a 'flat' which will be used in the scenery, while Vicky Stevens, 10, paints another part of the flat. Both of the children will appear on stage.
Copyright
Copyright Protected

Family Together For 'Visit' 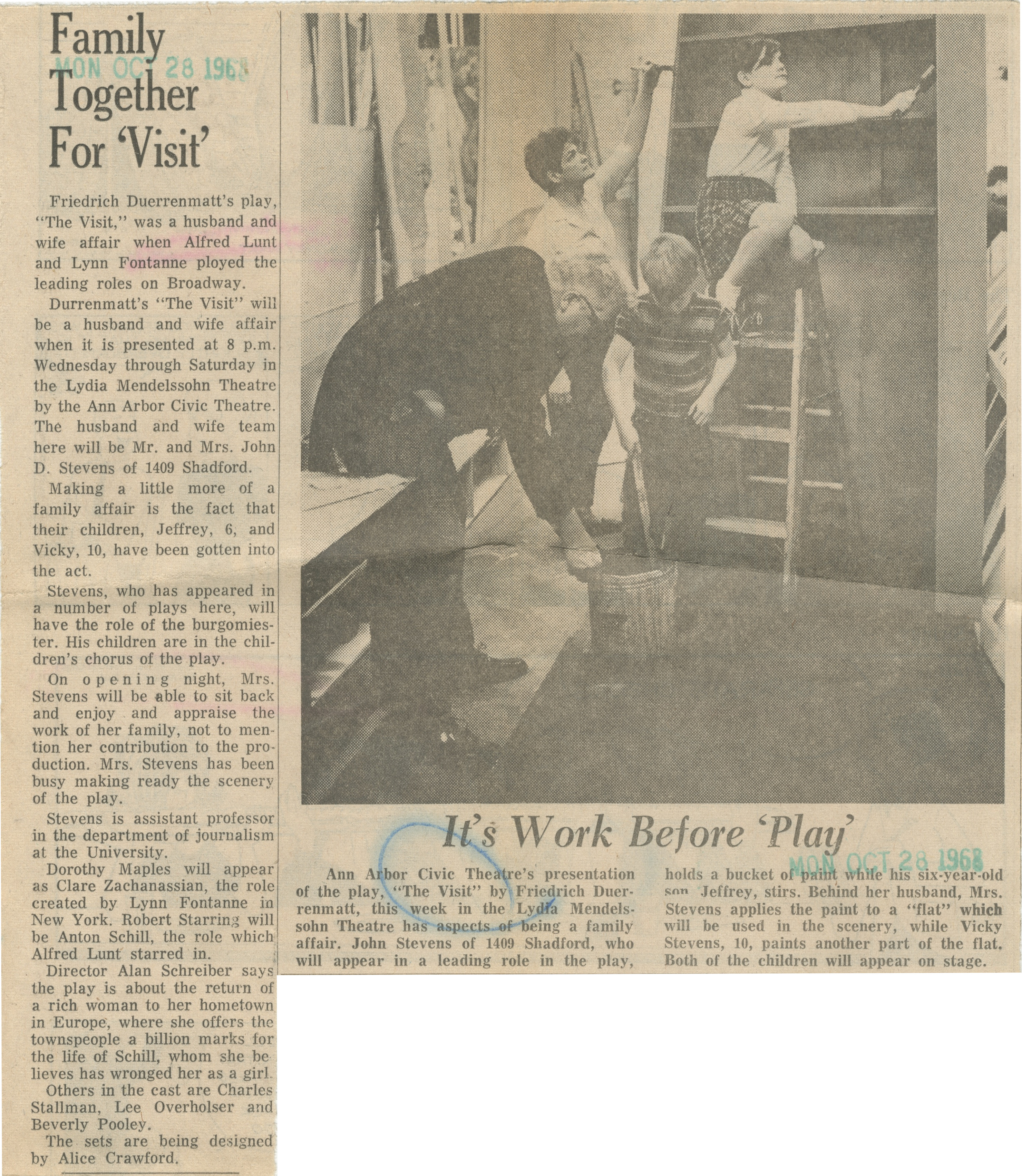 'Skin Of Our Teeth' One To Savor 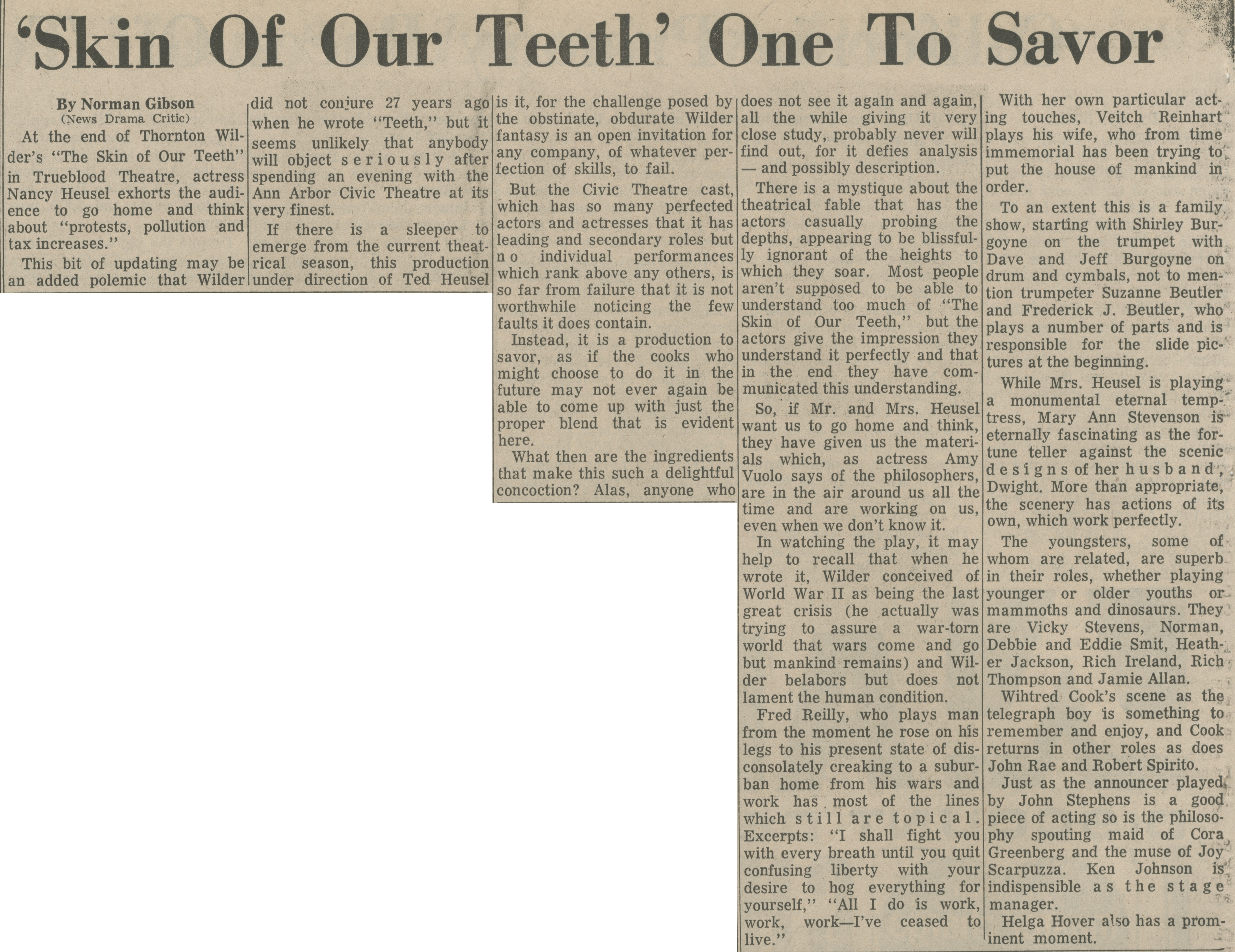 A Tree In Memory 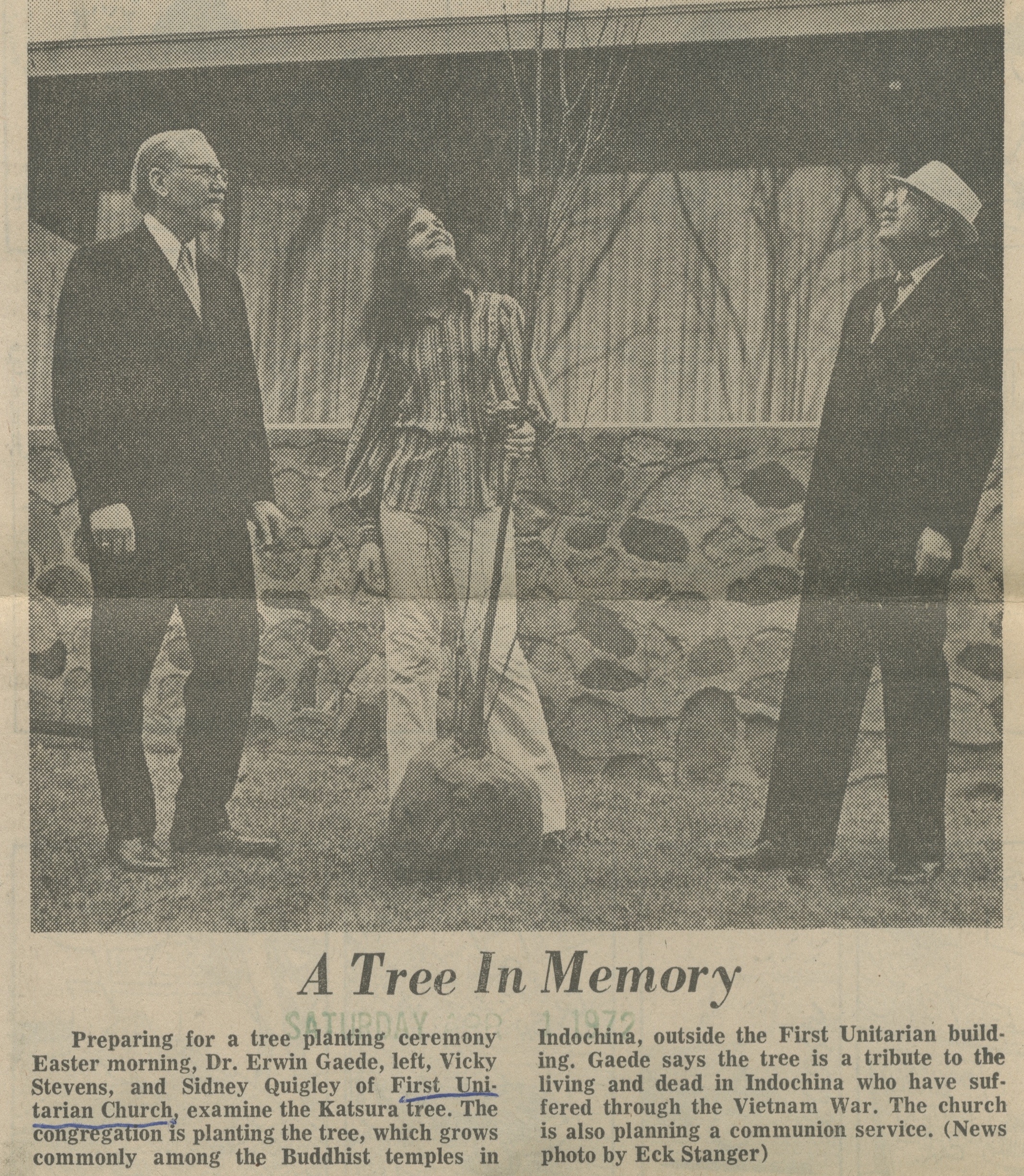 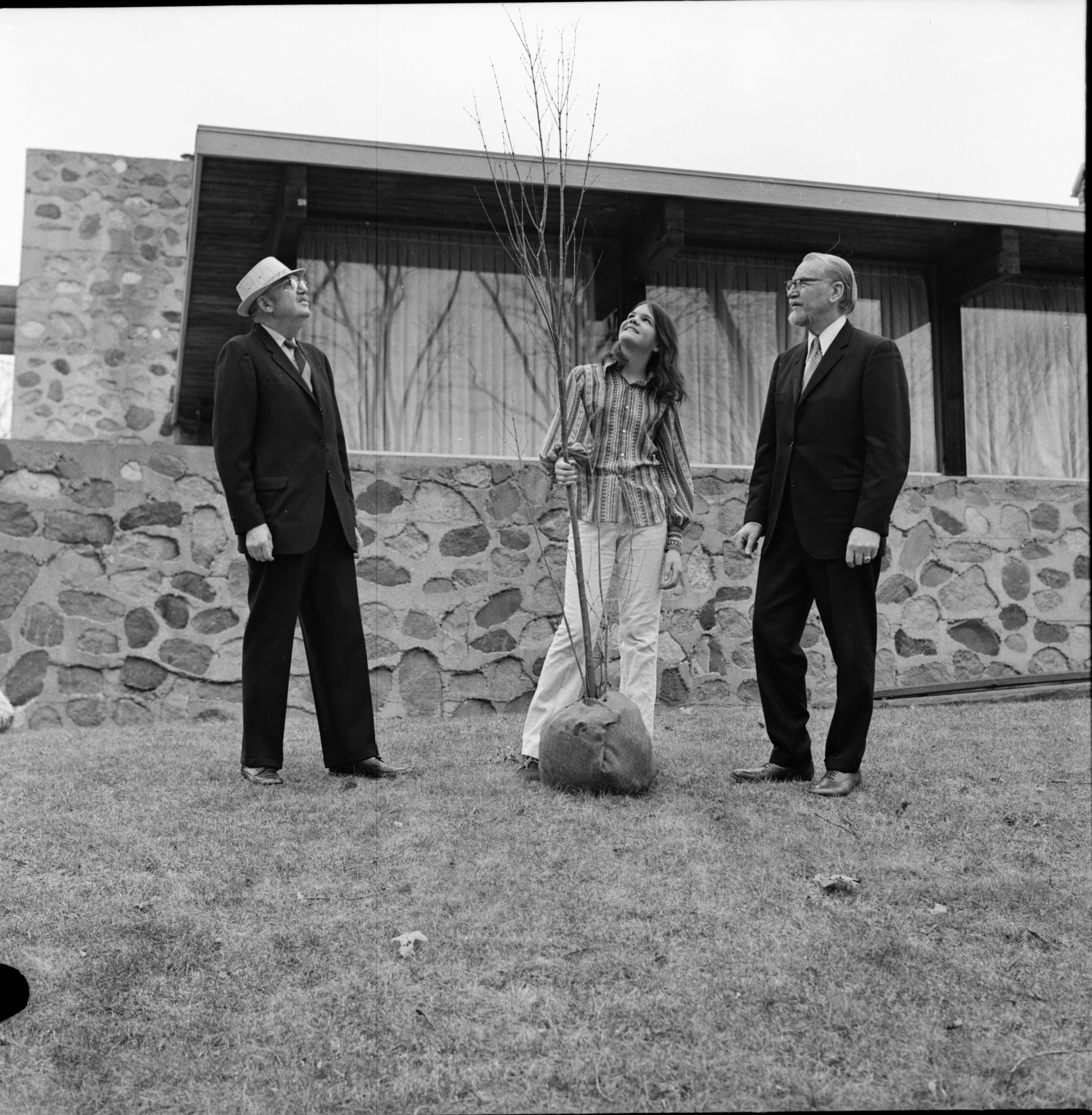 Published In
Ann Arbor News, April 1, 1972
Caption
A Tree In Memory - Preparing for a tree planting ceremony Easter morning, Dr. Edwin Gaede, left, Vicky Stevens, and Sidney Quigley of First Unitarian Church, examine the Katsura tree. The congregation is planting the tree, which grows commonly among the Buddhist temples in Indochina, outside the First Unitarian building. Gaede says the tree is a tribute to the living and dead in Indochina who have suffered through the Vietnam War. The church is also planning a communion service. (News photo by Eck Stanger)
Copyright
Copyright Protected
Subscribe to Vicky Stevens