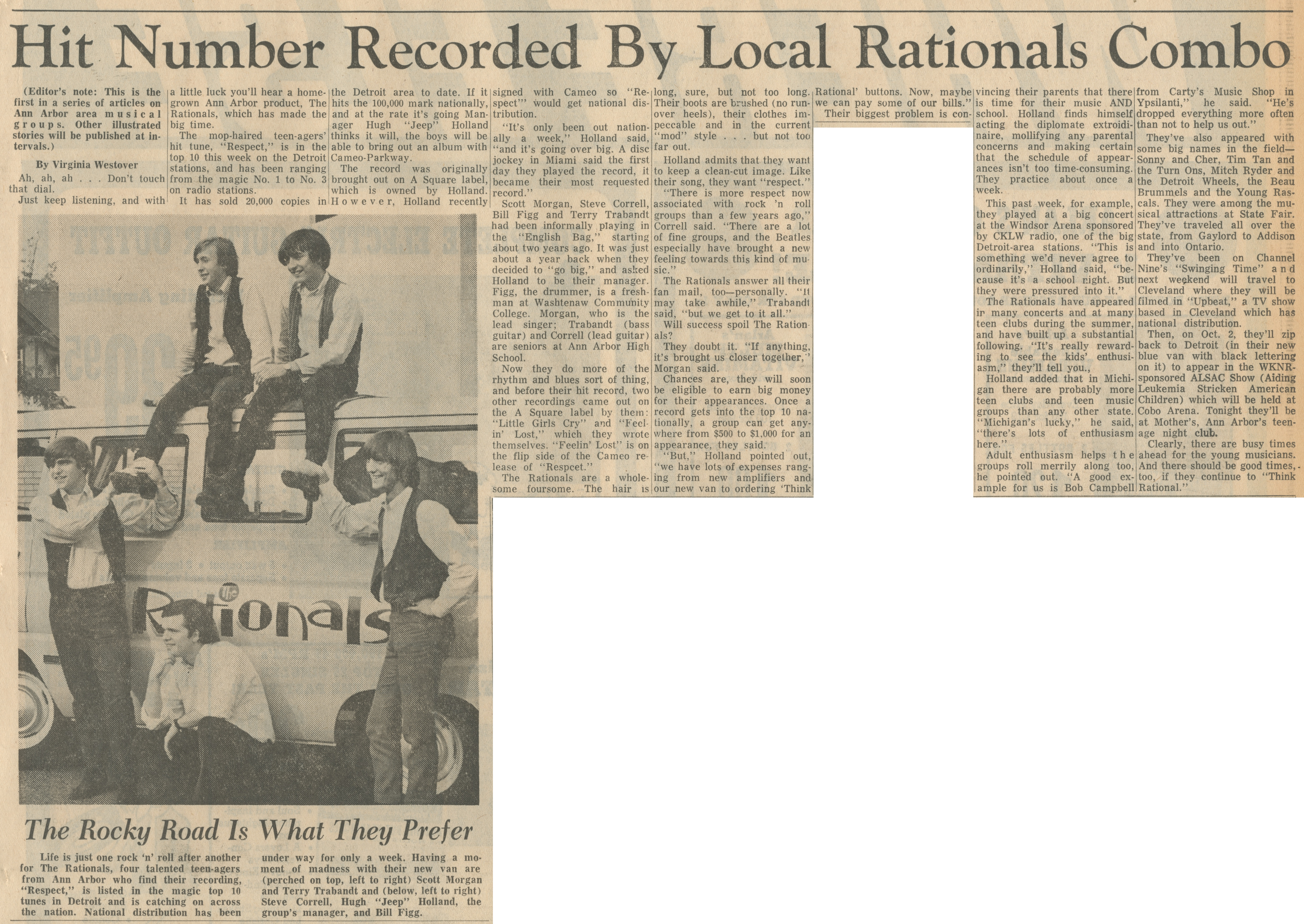 The Rationals On TV 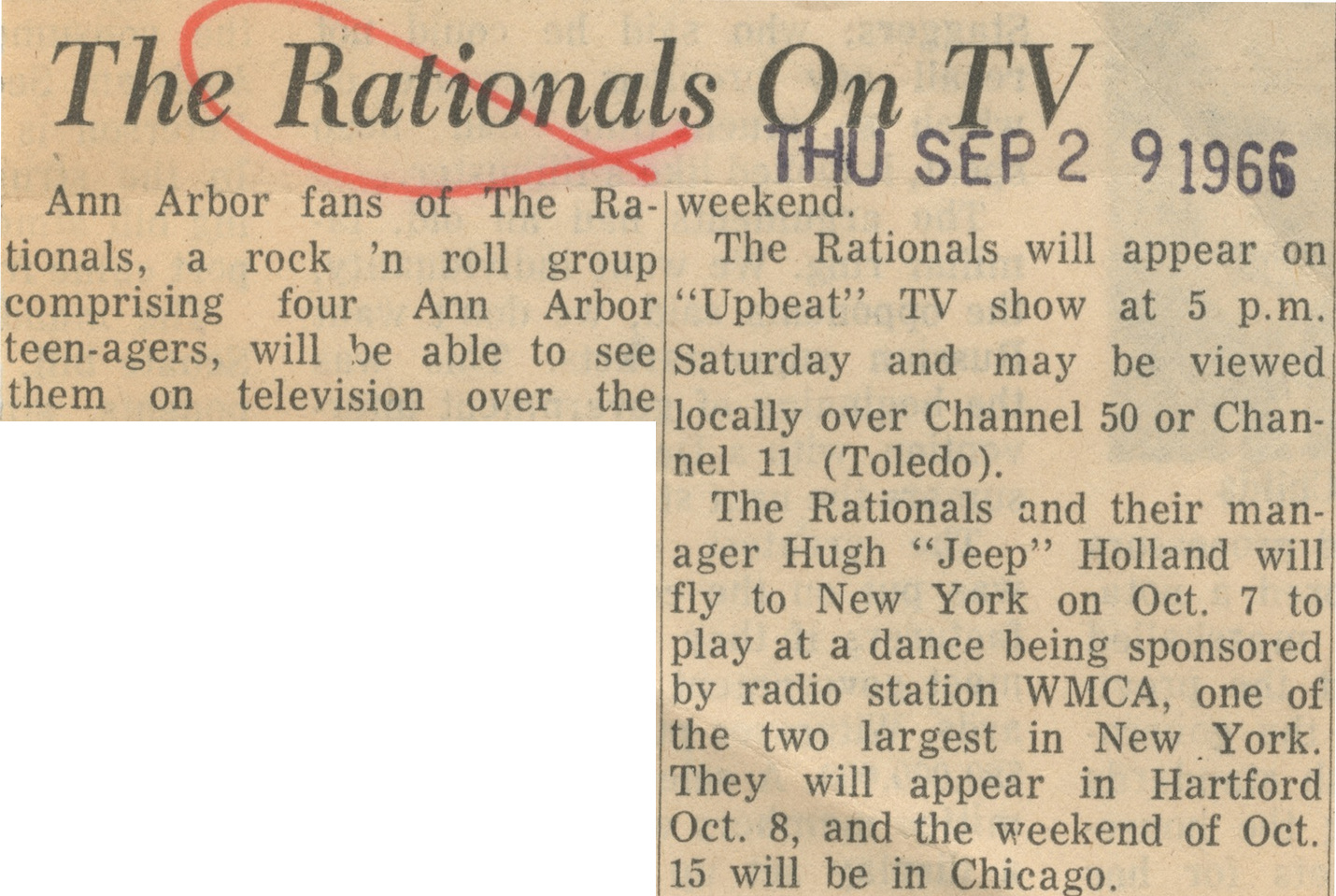 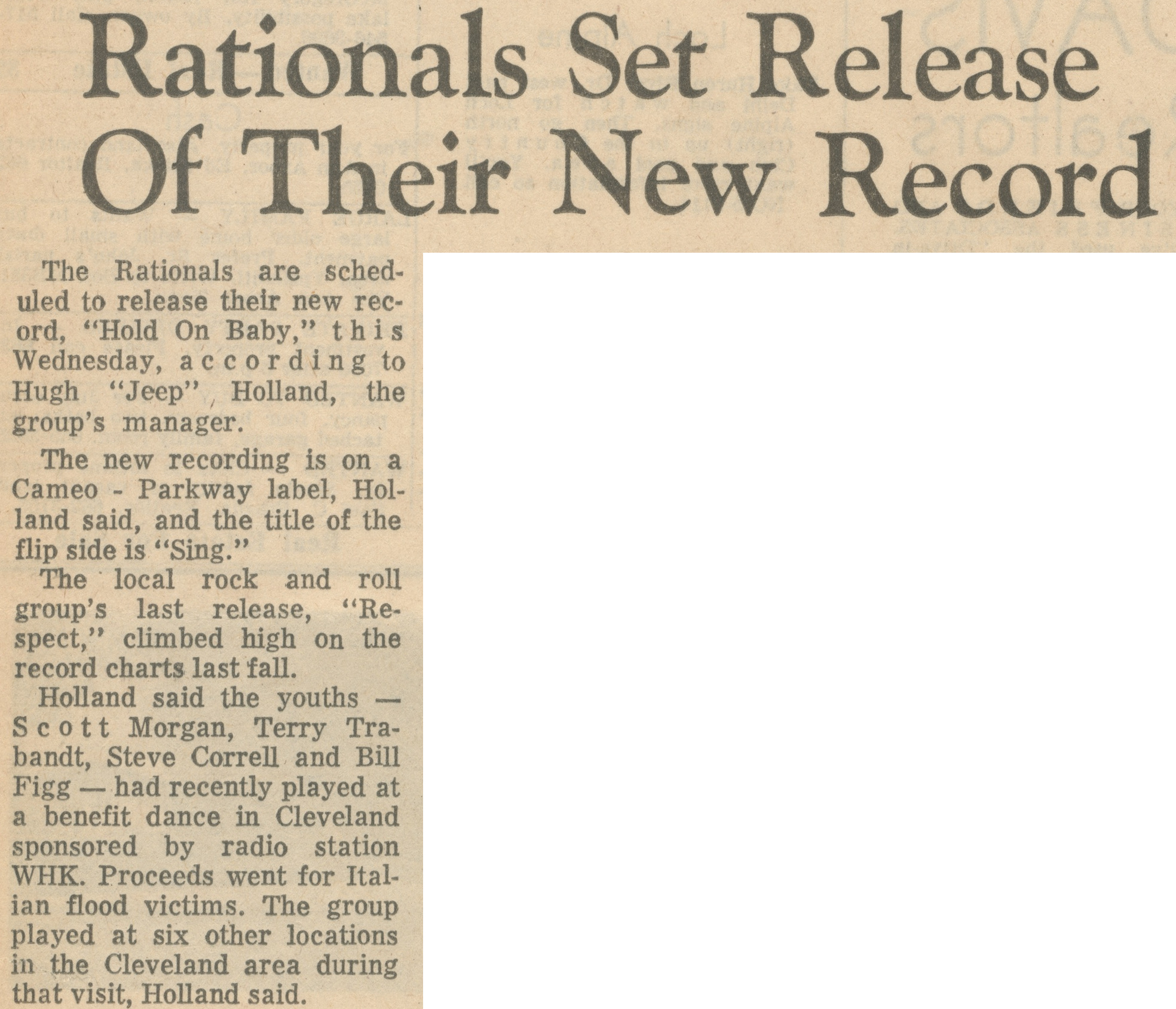 The Rationals Heading Out on the Road 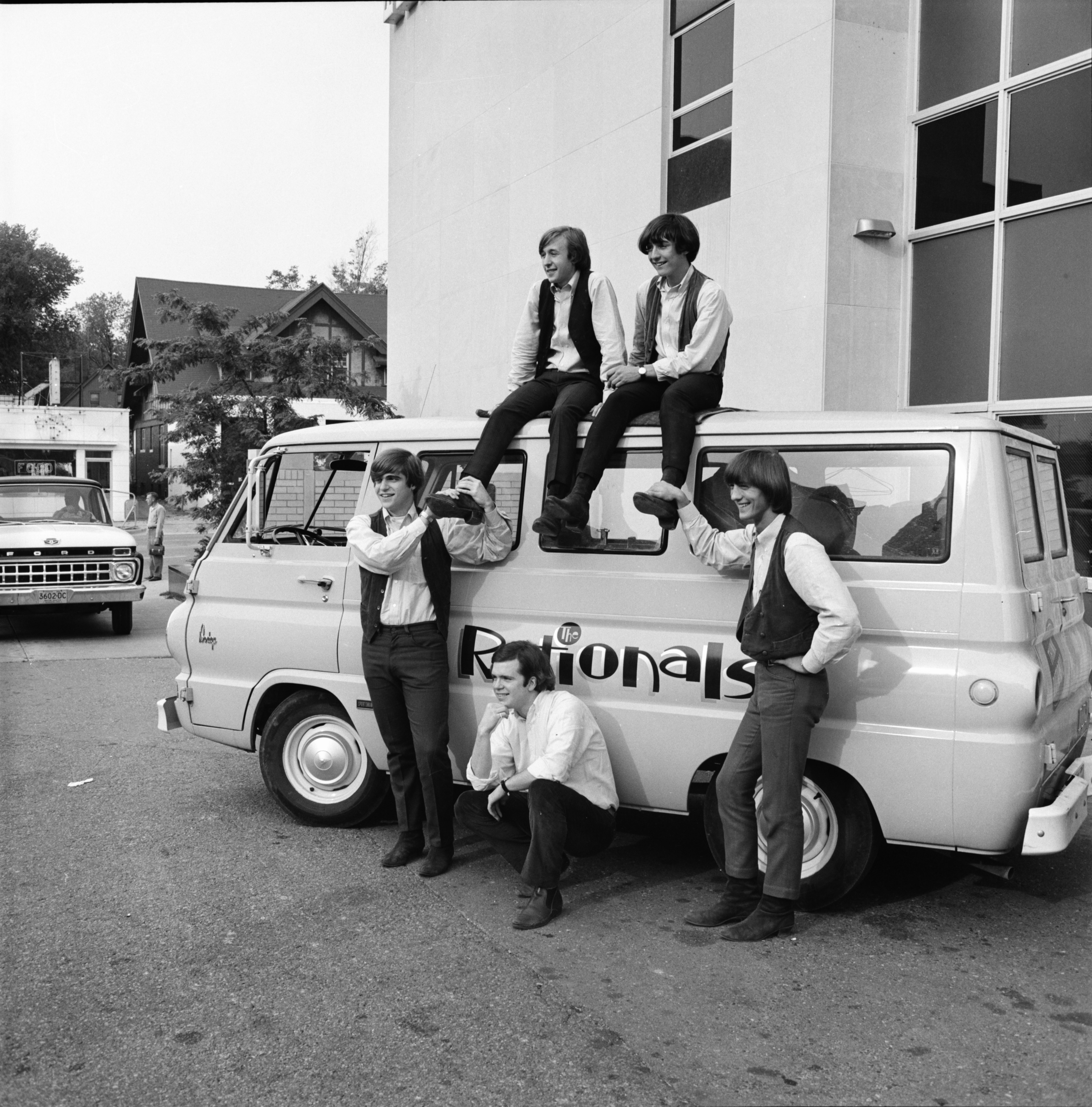 Published In
Ann Arbor News, September 23, 1966
Caption
The Rocky Road Is What They Prefer: Live is just on rock 'n' roll after another for The Rationals, four talented teen-agers from Ann Arbor who find their recording, ""Respect,"" is listed in the magic top 10 tunes in Detroit and is catching on across the nation. National distribution has been under way for only a week. Having a moment of madness with their new van are (perched on top, left to right) Scott Morgan and Terry Trabandt and (below, left to right) Steve Correll, Hugh ""Jeep"" Holland, the group's manager, and Bill Figg.
Copyright
Copyright Protected
Subscribe to Terry Trabandt