City's High School Seniors Through With Classes; Other Grades Winding Up As Year Draws To Close 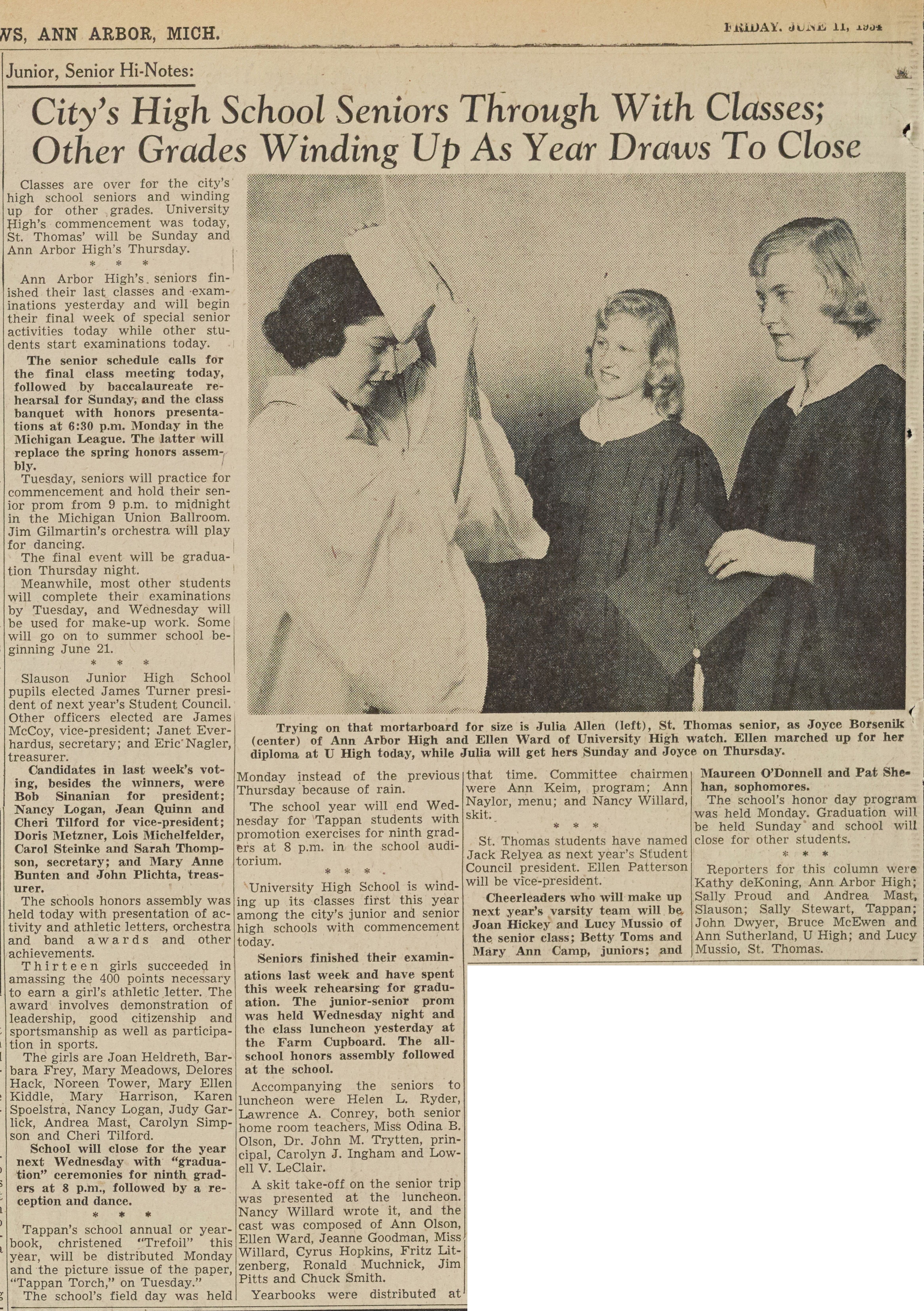 Vacationing School Kids Get Chance To Use Sleds 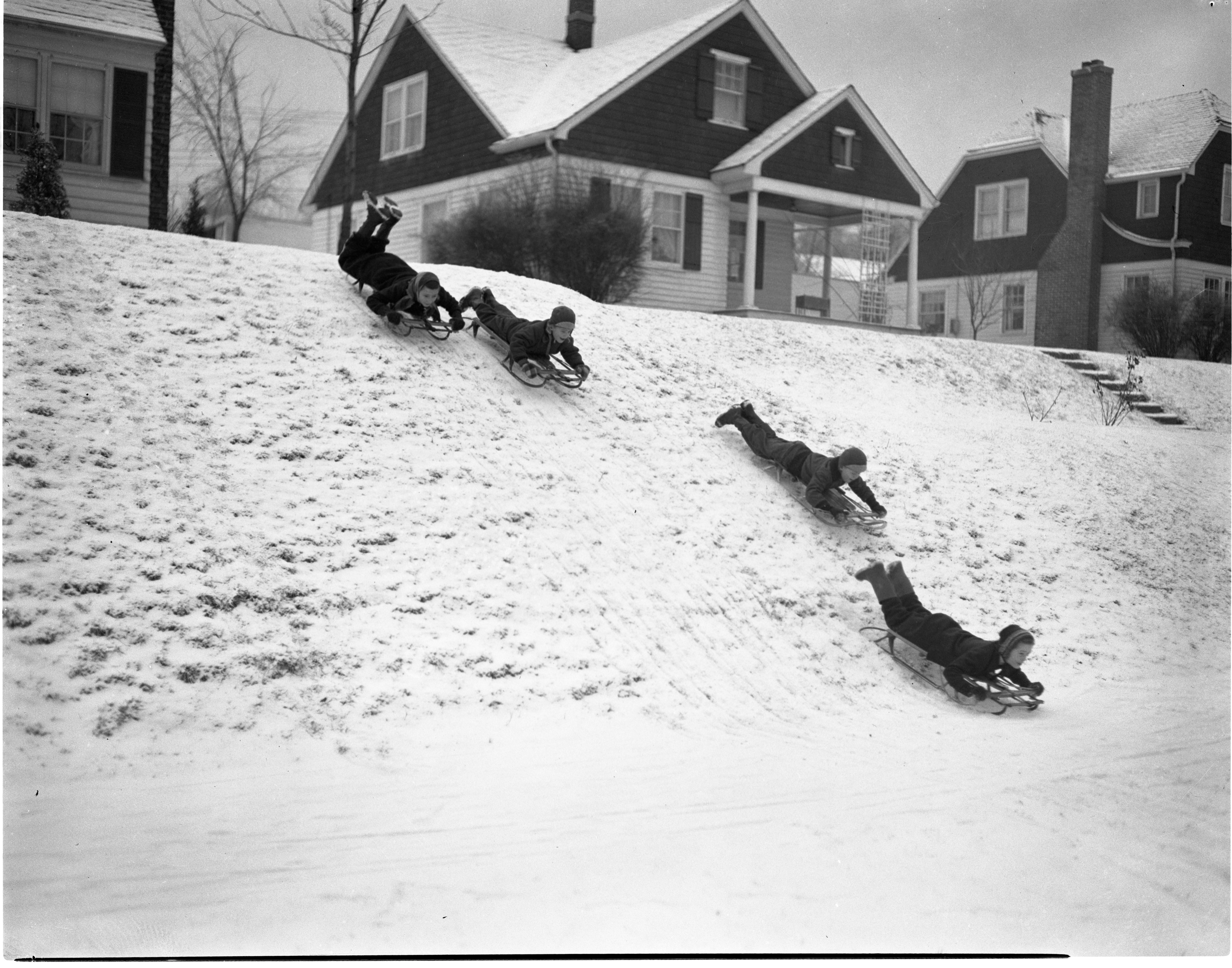 Published In
Ann Arbor News, January 27, 1949
Caption
Today's half-inch of snow (the first of the season) was a long time coming - but it timed itself beautifully, in the minds of Ann Arbor's sledding set. Although it wasn't deep, it had the twin virtues of being deceptively slick - and of being on the ground while school children holidayed between semesters. Taking advantage of it in descending order this morning were Sue Kiddle, 11, of 431 Crest Ave.; Billy Thompson, 7, of 500 Crest Ave.; David Dunlap, 7, of 1301 Lutz Ave.; and Mary Ellen Kiddle, 9, of 431 Crest Ave. The "hill" is at Lutz and Crest Aves., and the snow was there by courtesy of the elements which promised a freezing drizzle tonight and higher temperatures tomorrow - but no more snow.
Copyright
Copyright Protected