Also known as Chūnjié, Seollal, and Tết, the Lunar New Year celebrations begin Sunday, January 22 this year. Learn more about the traditions and mark the New Year in the books below! 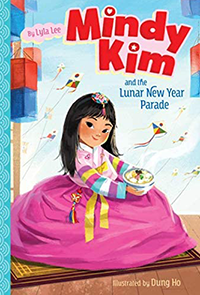 Elementary-schooler Mindy is mostly ready to learn more about her Korean heritage as Lunar New Year approaches – though she’s a little worried the parade her dad wants to take her to will be boring, and she knows that celebrating the new year without her mother will be different. In this short chapter book, learn about the traditions of Lunar New Year alongside Mindy and watch she and her dad make the most of the holiday! 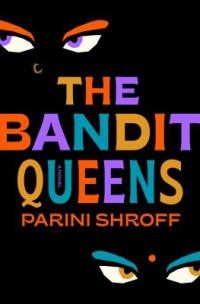 The Bandit Queens * * by Parini Shroff (also in downloadable eBook and audiobook) is “a darkly hilarious take on gossip, caste, truth, village life, and the patriarchy….. A perfect match for fans of Oyinkan Braithwaite's My Sister, the Serial Killer (2018) and clever, subversive storytelling.“ (Booklist)

Ever since her abusive husband Ramesh disappeared five years ago, Geeta has become a social piranha in their small Indian village. She is feared and ostracized - for rumor has it that Geeta killed him. It turns out being a "self-made" widow has its perks…freedom. When a member of her microloan group (that funds her thriving wedding jewelry business) consults her for her “expertise” in husband disposal, it sets in motion a chain of events that will change everything, not just for Geeta, but for all the women in their village.

Inspired by the resourcefulness of Phoolan Devi, the Bandit Queen (the subject of a 1994 featured film), a folk heroine who exacted revenge on her abusers, Geeta reluctantly agrees to help Farah kill her husband. In the process, Geeta connects with widower Karem, a gentle and kind bootlegger, and her estranged childhood friend Saloni, fortuitous because bigger troubles come knocking at her door.

“Shroff deals sharply with misogyny and abuse, describing the misery inflicted as well as its consequences in unflinching detail, and is equally unsparing in her depictions of mean-girl culture in the village. Readers are in for a razor-stuffed treat.” (Publishers Weekly) 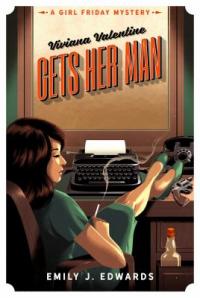 Viviana Valentine Gets Her Man, the first in the Girl Friday Mystery by Emily J. Edwards (also in downloadable eBook and audiobook).  New York City, 1950. Viviana Valentine is girl Friday to Tommy Fortuna, a private eye working out of Hell’s Kitchen. When fabulously wealthy Tallmadge Blackstone hires Tommy to tail his 18 year-old daughter Tallulah, who is resistant to marry his partner, the much older Webber Harrington-Whitley, it looks like routine business, and it will pay the bills.

At a society event, Viviana meets the delightful Tallulah. Unfortunately, before she could report to Tommy the next day, she finds a lifeless body on the office floor and Tommy missing. The cops, led by Detective Jake Lawson who finds Tommy’s business tactics questionable at best, is quick to issue a warrant for his arrest. It is now up to Viviana to take on the Blackstone case, and to clear Tommy’s name.

“Though the mystery doesn’t seem to be up to much, Edwards sneaks in a raft of twists and complications under your guard, and the big reveal is surprisingly big and revealing. Just what 1950s men’s magazine fiction would be like if it were written by and about women.” (Kirkus Reviews) 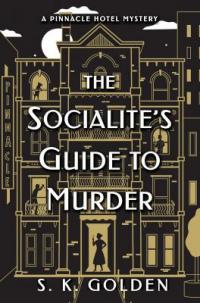 The Socialite's Guide to Murder: A Pinnacle Hotel Mystery by S. K. Golden (also in downloadable eBook and audiobook) a series debut perfect for fans of Rhys Bowen and Ashley Weaver.

1958. 21 year-old Evelyn Elizabeth Grace Murphy, heiress to The Pinnacle Hotel, one of New York City’s premier hotels, is privileged, pampered and frankly, spoiled. Since finding her mother’s body in an alley when she was six, she suffers from agoraphobia, and rarely if ever, leaves the hotel. From her perch in the penthouse suite and the hotel staff at her disposal, life is grand, until a valuable painting in a splashy affair goes missing, and the artist murdered in the hotel corridor, following a violent confrontation with her best friend, actor Henry Fox. Before Evelyn could prove Henry’s innocence, the head of hotel security is arrested.

Enlisting the help of bellboy/her secret crush, Malcolm "Mac" Cooper, they pick locks, snoop around the hotel, and discover the walls around them contain more secrets than they previously knew. Now, Evelyn must force herself to leave the hotel to follow the clues to find the murderer.   “Suggest to readers who enjoyed other hotel-set mysteries with young amateur sleuths, like Nita Prose's The Maid and Audrey Keown's Murder at Hotel 1911.” (Library Journal)

Winter can, for some, be a time of hibernation, less productivity, and result in sealing yourself off from others. The books here can help open us up to ideas on how to break free of some of the negativity that winter may bring and to gain inspiration in this ‘closed off’ period of time.

Wintering by Katherine May | Request Now 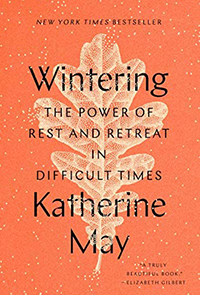 A beautiful and inspirational memoir that provides insights from literature, mythology, and nature to push through the isolation and negativity that can accompany winter. To learn and grow from a self-imposed retreat, to become revitalized from resting, and to embrace the quiet stillness of nature are some bits of nourishment gathered here.

Winter is prime for movie nights, and whether or not you have kiddos in your life, it’s worth picking a flick that everyone can like! 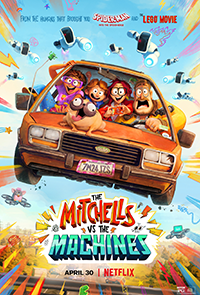 Budding filmmaker Katie is ready to head to college and get some space from her kind, but overbearing dad, Rick. When Rick decides at the last minute that the entire family should road-trip to take Katie to school, it seems like it can’t get worse. But then the robots come.

As I’ve said before, Quirky Fiction is my favorite genre, and my favorite sub-variant are books featuring dysfunctional families. There’s a fine line with dysfunction in quirky fiction – for my taste it generally needs to tread heavier on the “makes me laugh” rather than the “makes me want to cry” side of the line. But there’s something about the parent-child and sibling-to-sibling dynamics that keep me reading more. 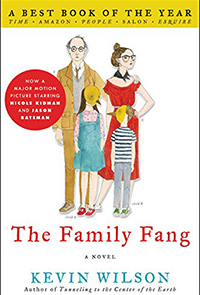 As children, Annie and Buster Fang were forced to participate in their parents’ public performance art. They escaped that world after becoming adults, but when life circumstances bring them both back to the family home, their folks attempt to pull them into their last big performance piece.

Ah, New Year's resolutions. Some of us make them (any maybe break them) every year, some of us do it only occasionally, and some folks skip them altogether. If you’re hoping to make a shift in 2023, some of these recent titles might be just the thing to motivate you to commit and help you with the process along the way.

Why Has Nobody Told Me This Before?, by Julie Smith | Request Now 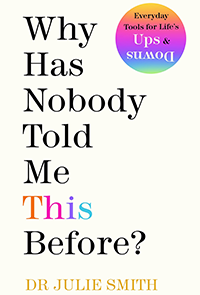 Dr. Julie Smith covers a wide range of topics in this book, all with a general focus on mental health. From emotional pain and grief to motivation to fear, she offers concrete tools and analysis for how to cope with everything life throws at us, even in the most trying of times. Also helpful is that the various chapters and concepts are presented in concise, bite-sized form, making things easy to digest. You can read this one cover-to-cover, or skip around finding the chapters and ideas that resonate with you most or best suit your goals.

Whether it’s always “Baking Season” in your kitchen (like it is in mine!) or you ramp things up this time of year, a good recipe is the perfect –erm – recipe for a treat! Use your oven to heat up your home, and check out these great books chock-full of recipes you’ll find yourself returning to again and again! 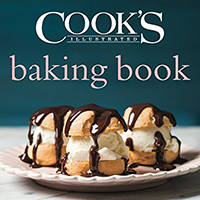 My mom and I often joke about recipes from Cook’s Illustrated: “They’re fussy, but worth it.” And those “fussy” recipes are a great way to learn the ins-and-outs of baking. Often procedures specified in recipes by Cooks can elevate your other go-to bakes as well! This cookbook also does a great job of explaining why you should follow certain steps as you bake. It’s always nice to learn something (and get rewarded for it with sweets at the end!)

So you say you have some time on your hands, or maybe you’re just stuck in the house for a bit and would love to watch a 3+ hour long movie? Sounds like a lot, but if you have the time in one sitting or more, these movies are well-worth watching. These picks do not include some of the classic long watches like Lawrence of Arabia or Spartacus (which are all excellent options :), but nevertheless deserve the acclaim. 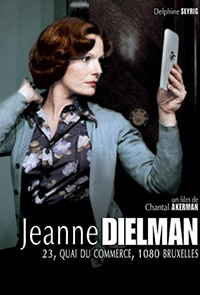 Recently voted the greatest film of all time by Sight & Sound magazine’s 2022 poll (in their last poll from 2012 it was 36th) knocking Hitchcock’s Vertigo down a peg. Chantal Akerman is the first female director to make the top ten. An ambitious 1975 film follows the widow, Jeanne through her daily domestic regime, her life with a teenage son, and her sexual activity. With very little dialog, her routine, however mundane to watch, feels ominous and finally reaches an unexpected crescendo in the final act. Some critics call it a ‘study of alienated monotony’, others a ‘depiction of domestic imprisonment’. Avant garde film at its greatest.
Running time : 201 minutes

Staff Picks: Best of 2022 Fiction Titles You May Have Missed

It’s that time when many different outlets are compiling their “best books of the year” lists and it’s always exciting to see what gets named. Sometimes the titles are predictable–it seems like you saw everyone reading a particular book this year, and sometimes they’re surprising–a title you never heard of, or that no one you know has read. Today, we’re highlighting a few of the books that fall into the second category! 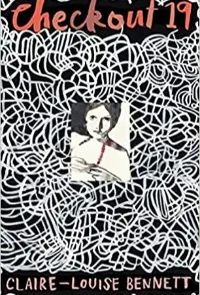 Checkout 19, by the same author that penned the 2016 novel Pond, tells the story of an unnamed British woman in her 40s living in Ireland. Fiercely attached to the written word, she both reads and writes voraciously, scouring books for inspiration and writing down her recollections of her life thus far. Much of her life story revolves around writing and reading, including her earliest attempts as a young woman to write fiction, and the various men–all readers themselves–who influence her worldview and work. This is a complex story that is both a portrait of an artist and a feminist literary critique–it’s not for everyone, but those who delve in will be rewarded with much to think about. 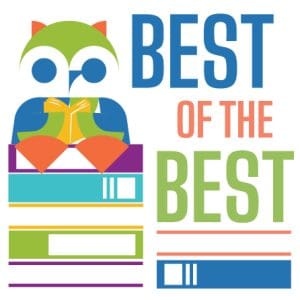 Kirkus Reviews editors’ pick of the Top !00 Fiction Books, and Best 100 Nonfiction of the Year.

2022 Books We Love - Great Reads, Thoughtfully Curated by NPR, especially notable are the 51 titles in Staff Picks (by names we know and trust).

The 2022 New York Times/New York Public Library Best Illustrated Children’s Books. This year’s 10 winners are picked by a panel of three expert judges who consider every illustrated children’s book published this year in the United States. A feast for the eye!

There is something for everyone in Publishers’ Weekly Best Books of 2022: Top 10, Fiction, Mystery/Thriller, Poetry, Romance, SF/Fantasy/Horror, Comics, Nonfiction, Religion,

Time Magazine’s The 100 Must-Read Books of 2022 (from gripping novels, transporting poetry, to timely nonfiction that asked us to look deeper).