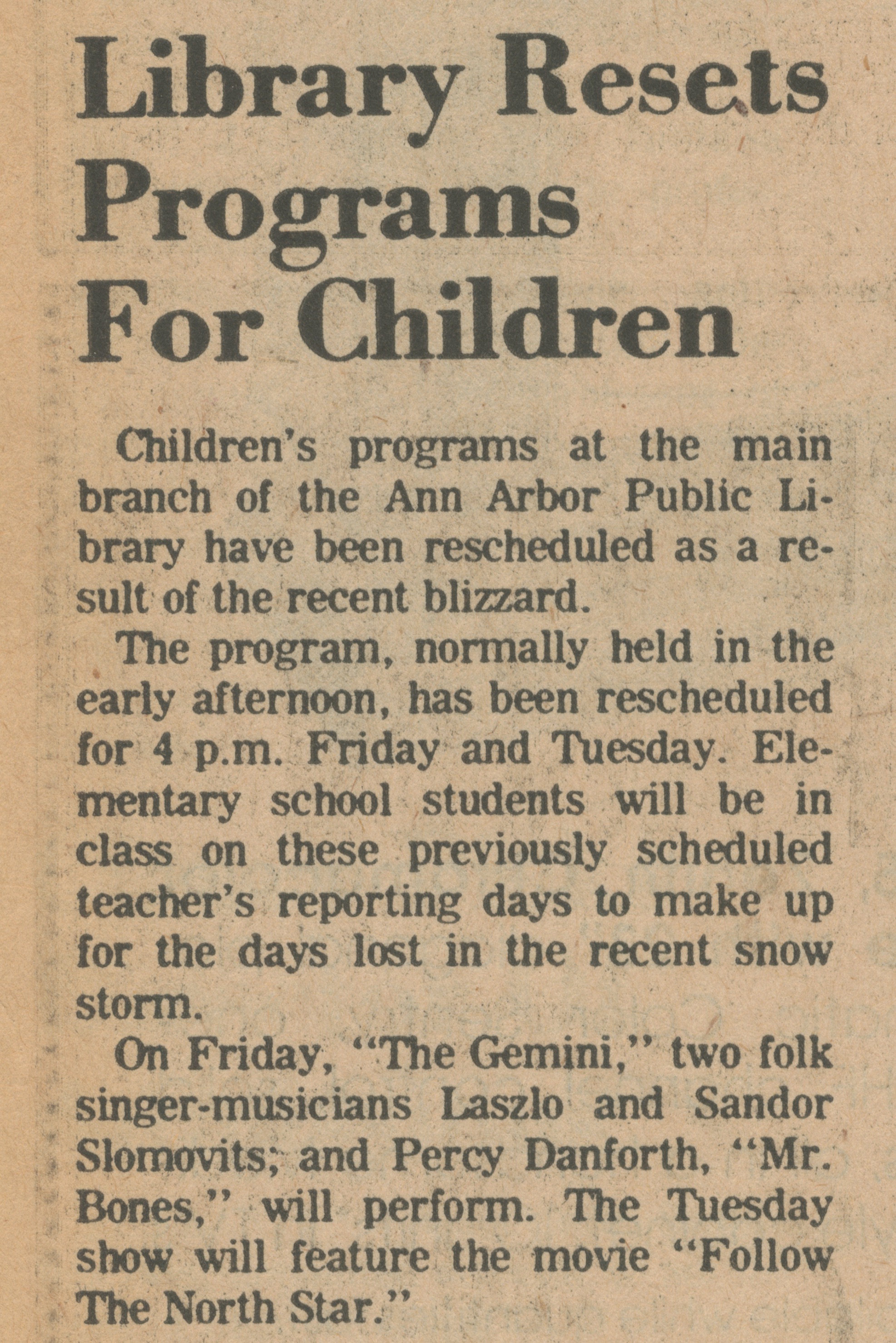 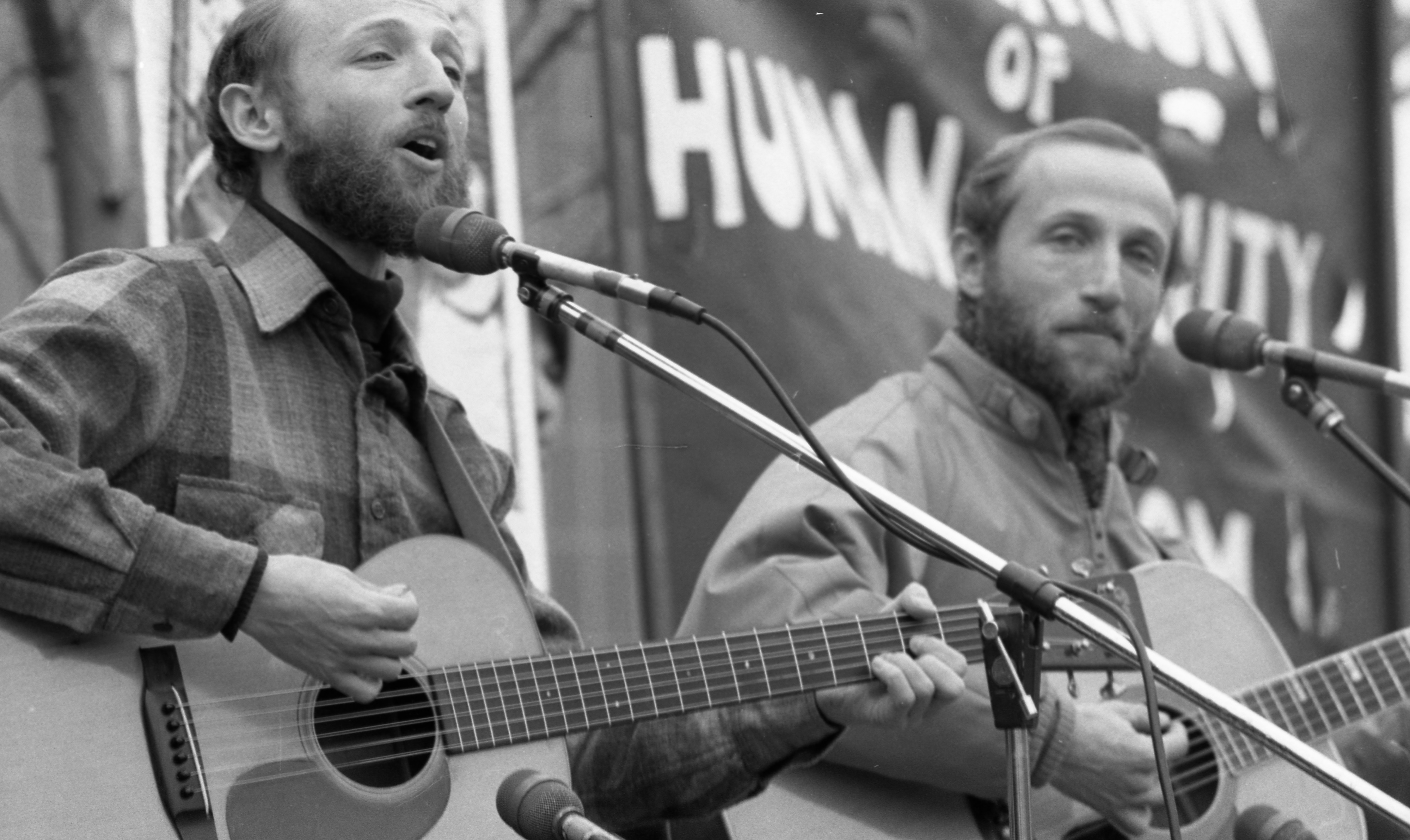 Annies celebration is only a day away 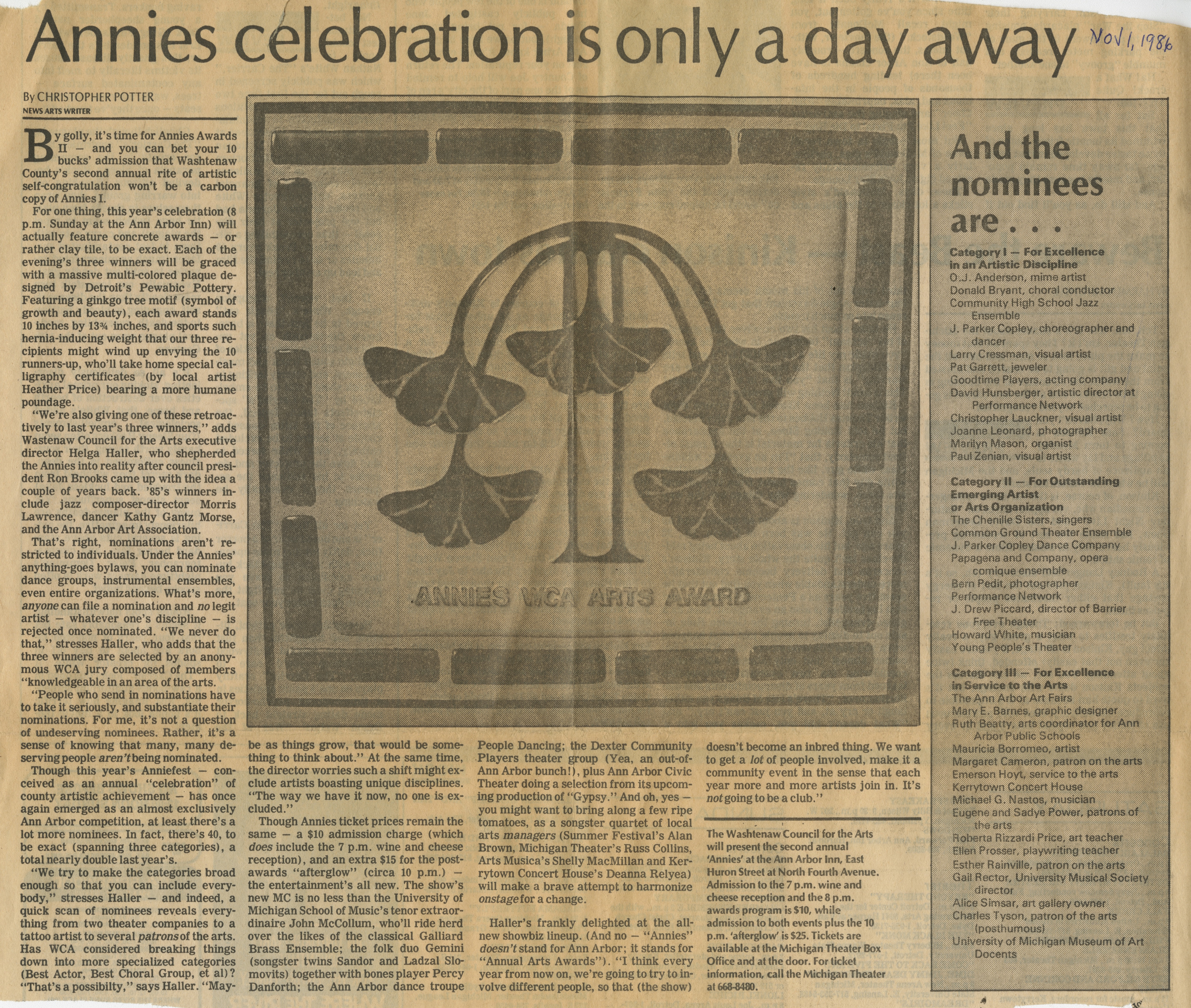 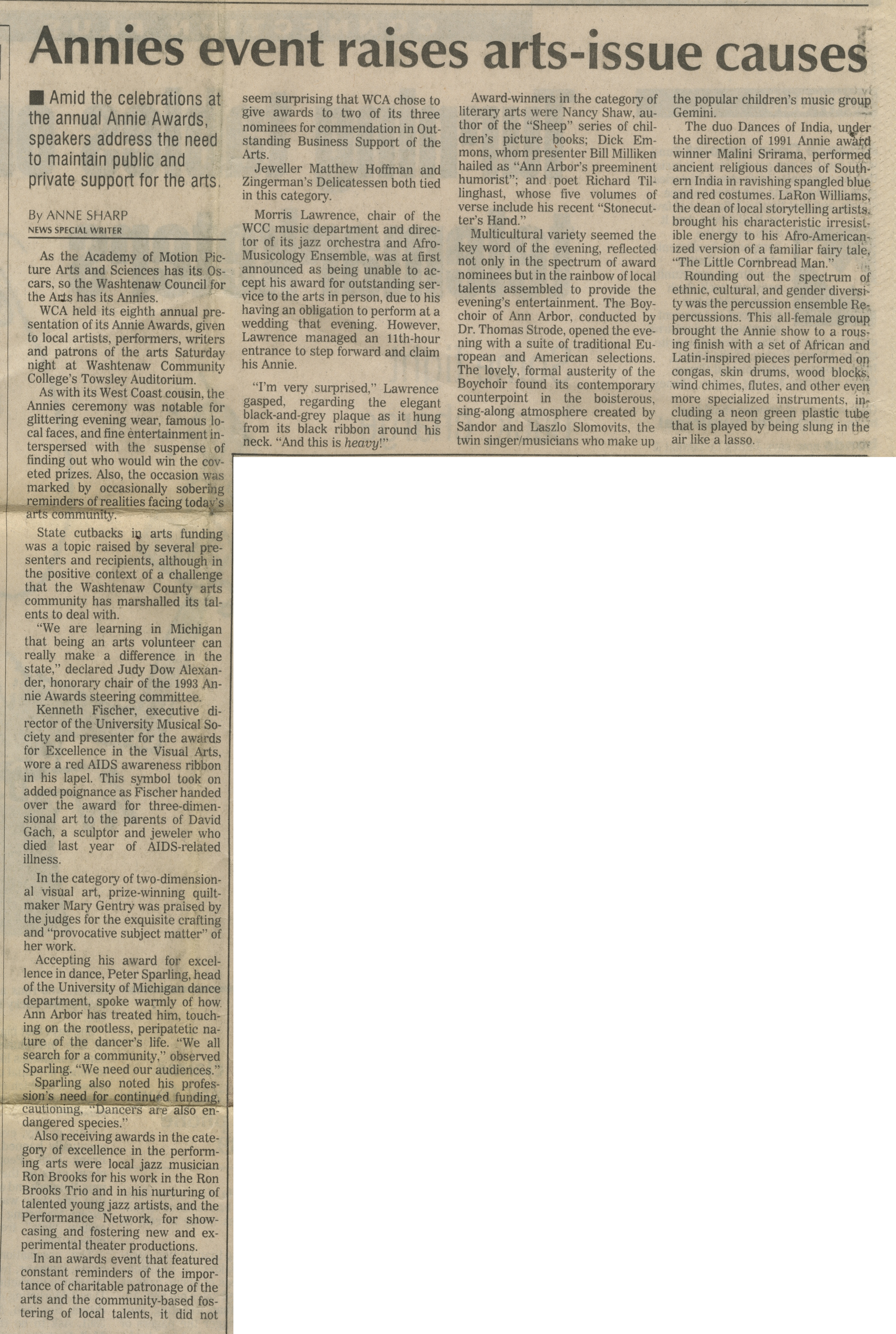 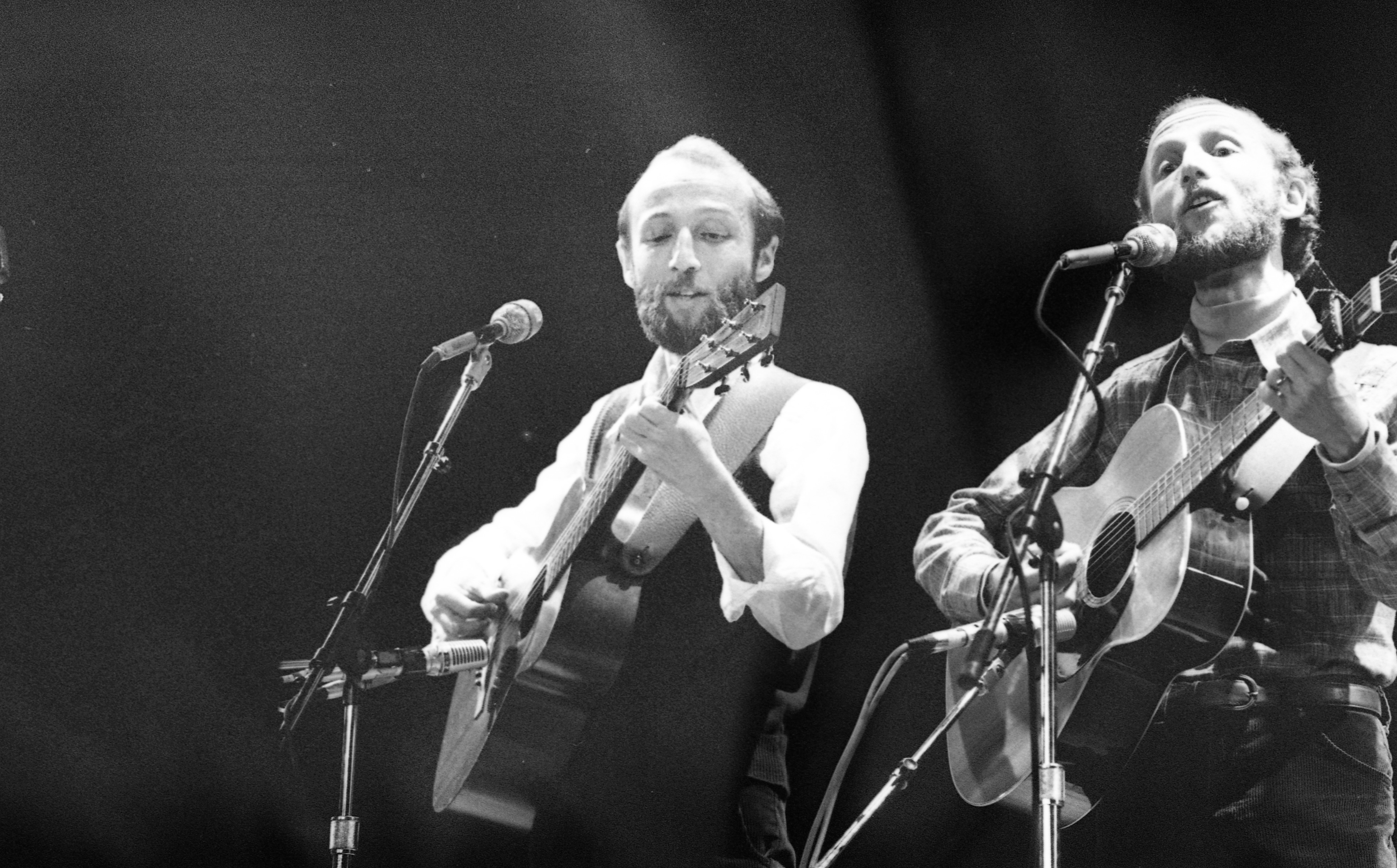 Published In
Ann Arbor News, January 18, 1982
Caption
Wasn't that a time . . . An impressive collection of folk musicians played before enthusiastic audiences which filled the Michigan Theatre for two shows Saturday at the Fifth Ann Arbor Folk Festival. Despite the bitter cold, both shows were well attended, and at least $8,000 was raised for The Ark coffeehouse. The performances were dedicated to Percy "Mr. Bones" Danforth, left, who at 81 showed that he still is the master of his rhythmic craft. Danforth performed several numbers with Sandor and Laszlo Slomovits, center [this photo], known on stage as Gemini. Headlining the show was David Bromberg, right, who "provided joyous, emotional finales for both show," according to News reviewer Jeff Mortimer, whose story appears on Page B-6.
Copyright
Copyright Protected 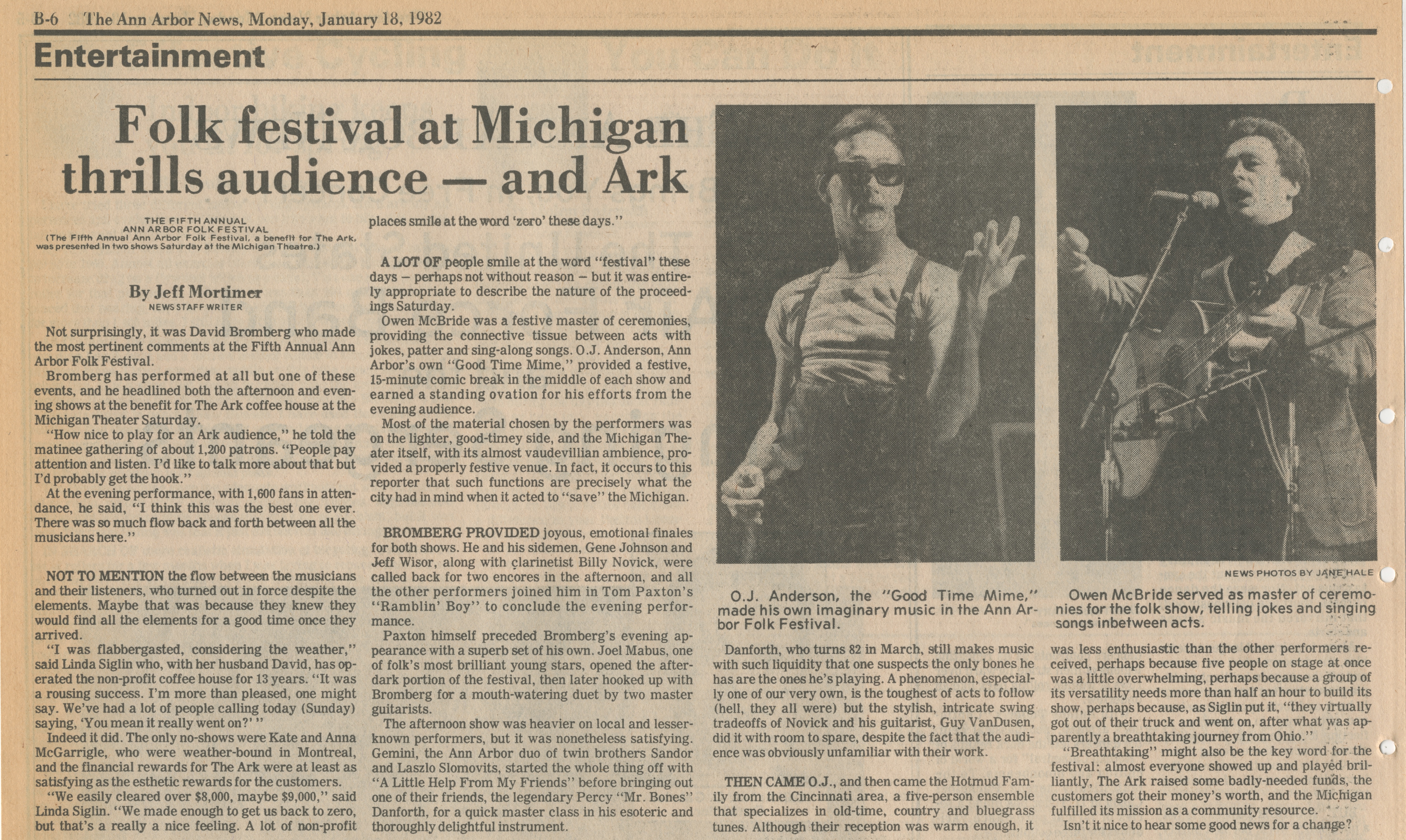 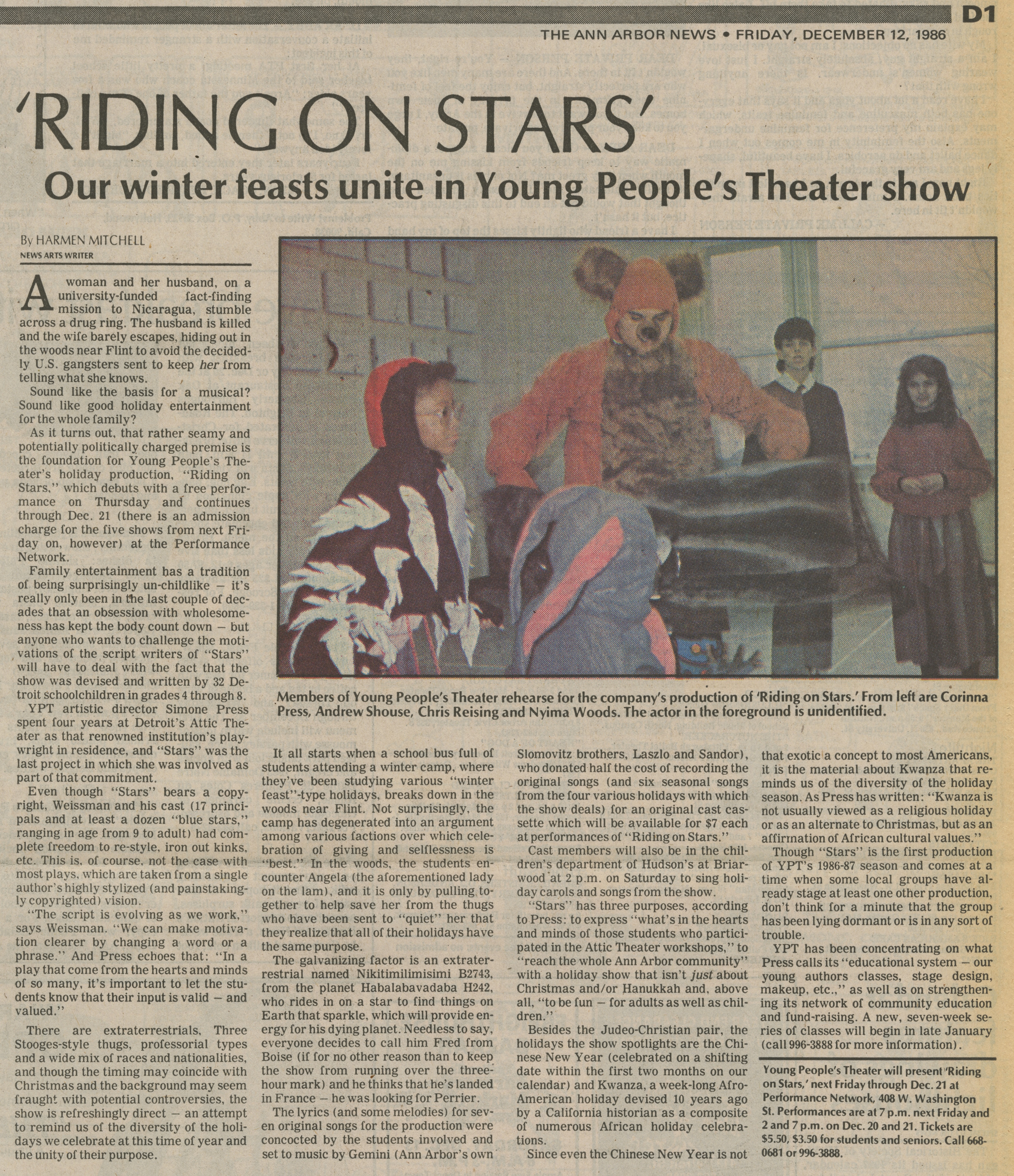 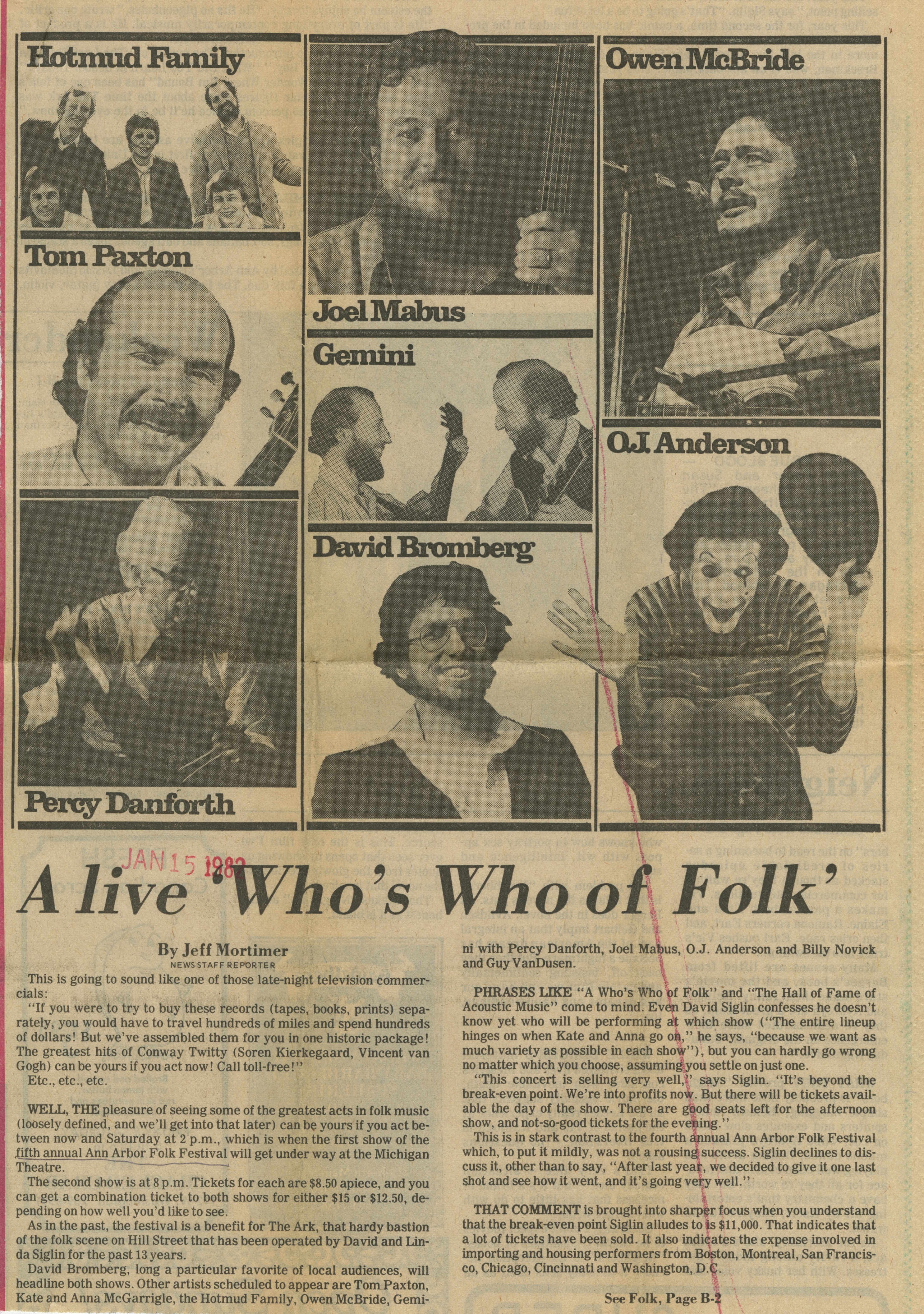 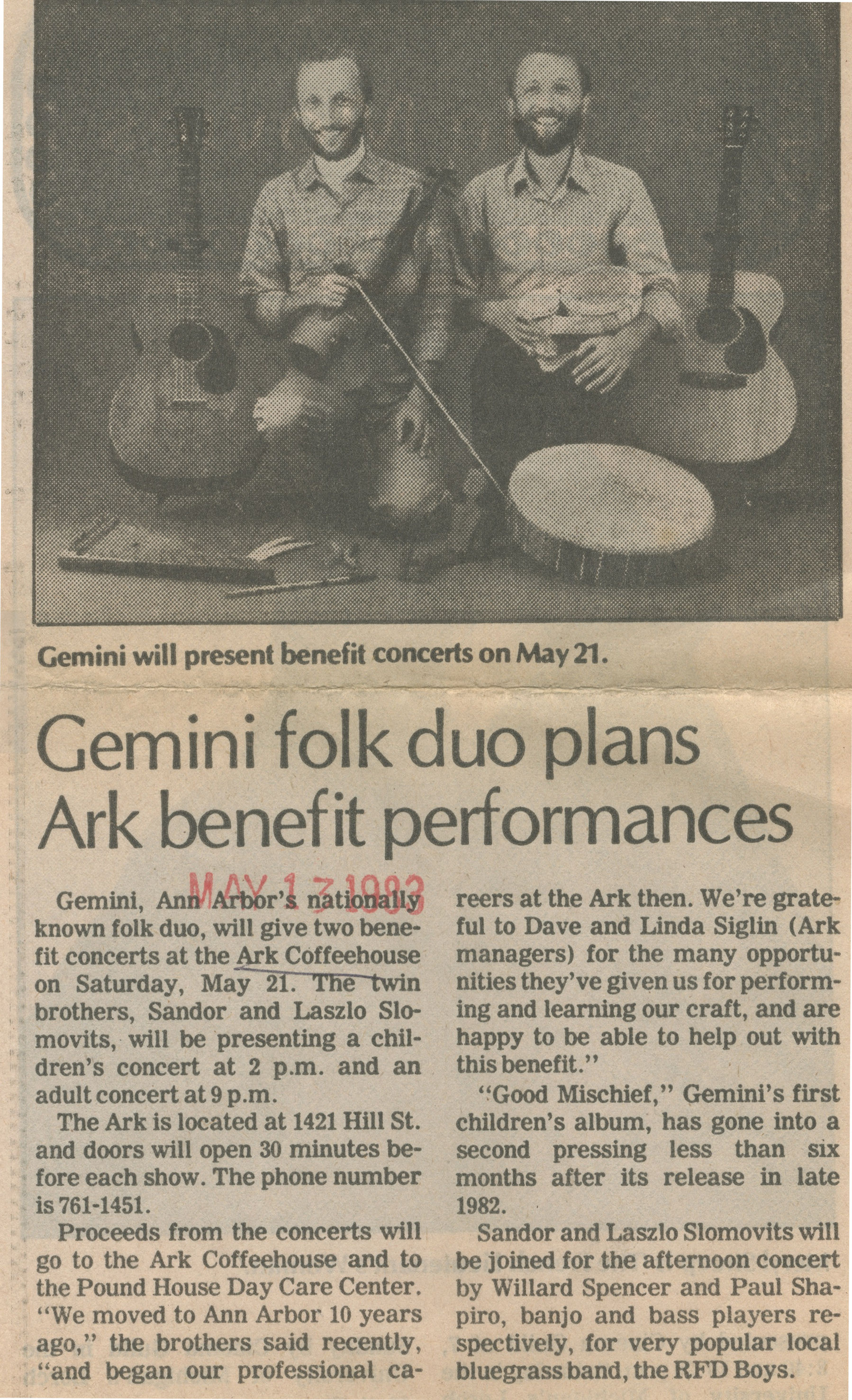