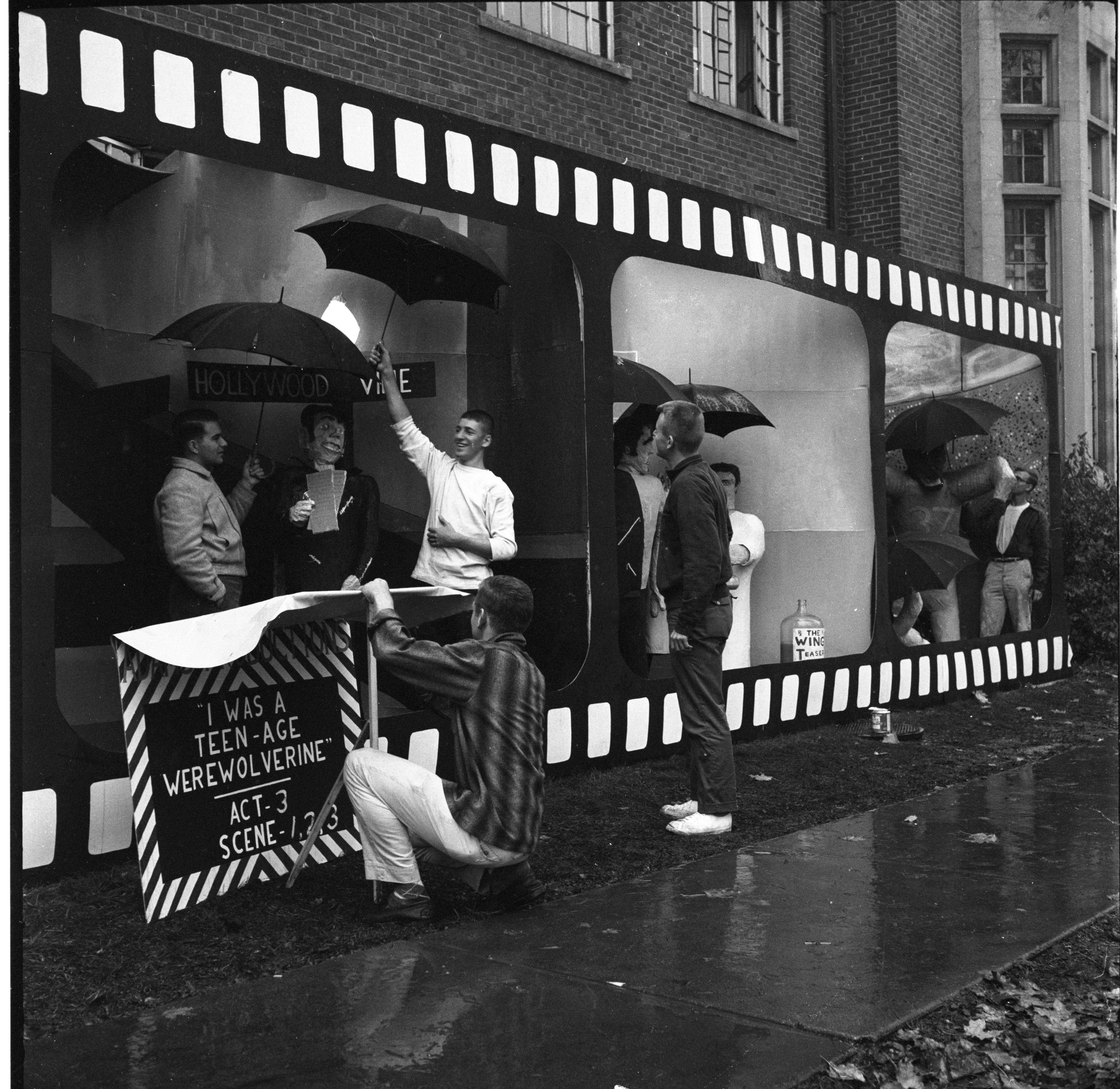 Published In
Ann Arbor News, October 31, 1959
Caption
UMBRELLAS UP: Members of Adams House in West Quadrangle add umbrellas to their homecoming display with a Hollywood theme. "I Was A Teen-Age WereWolverine" is the scene depicted. Fog and rain failed to dampen the festivities.
Copyright
Copyright Protected 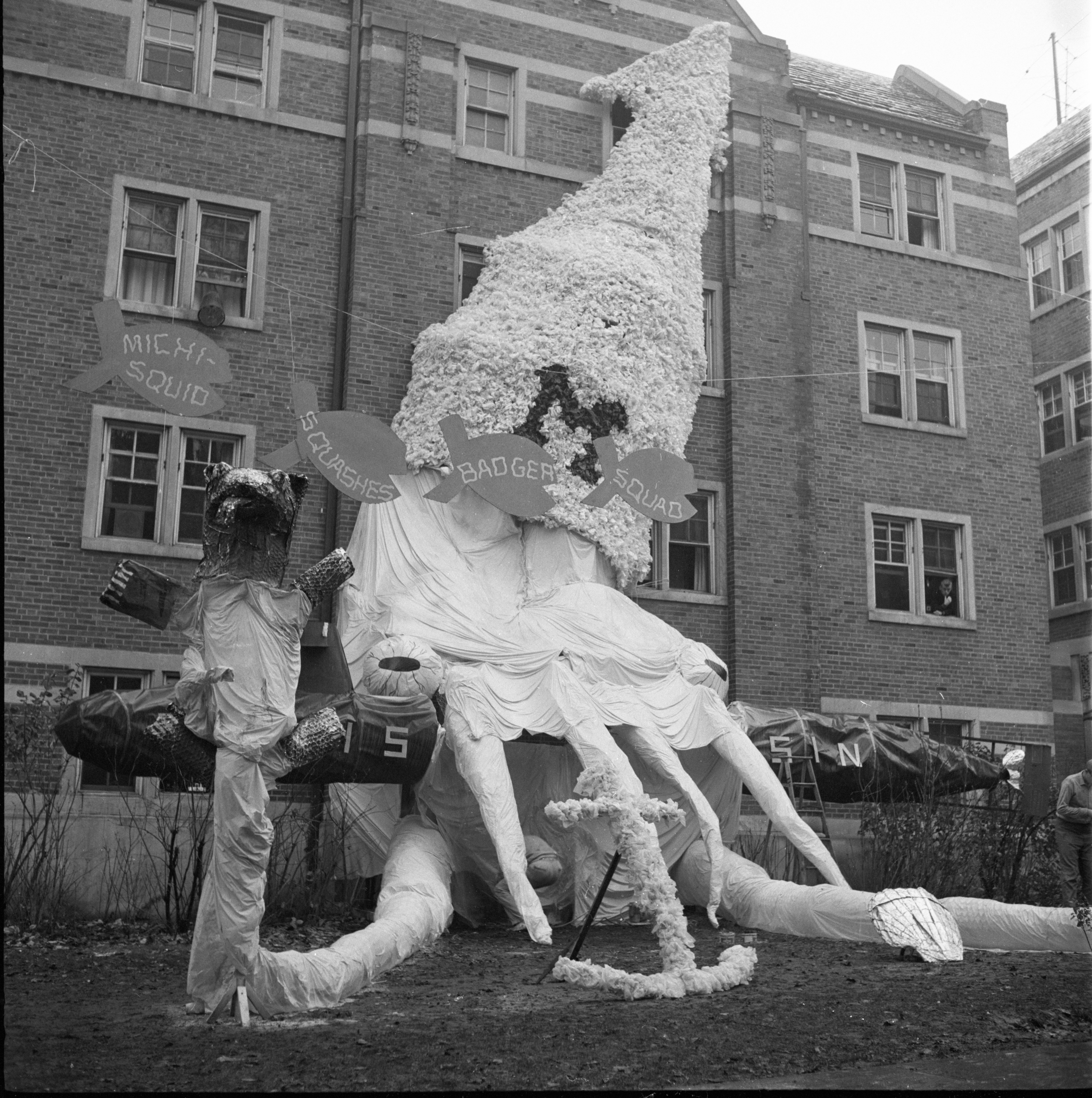 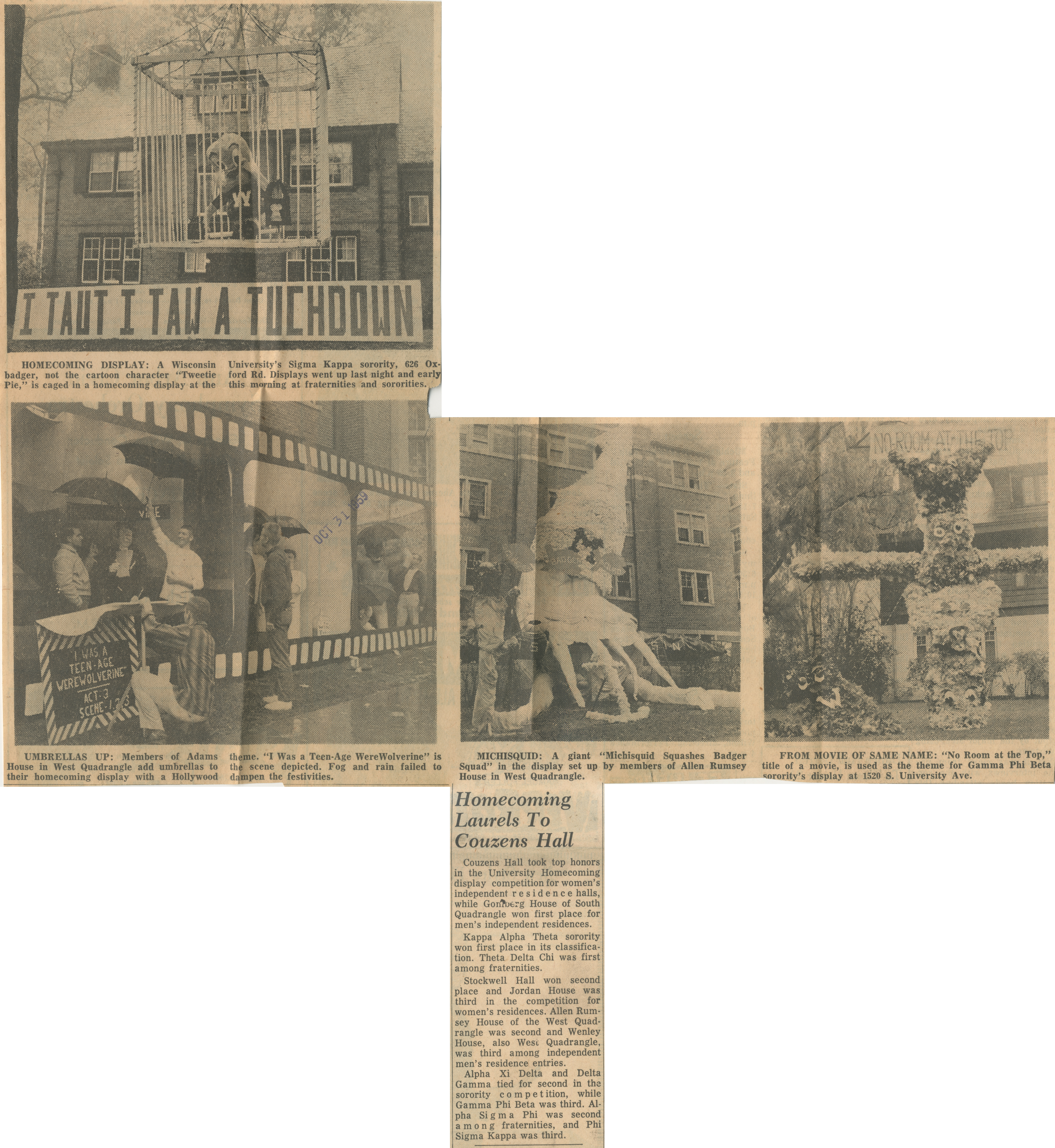 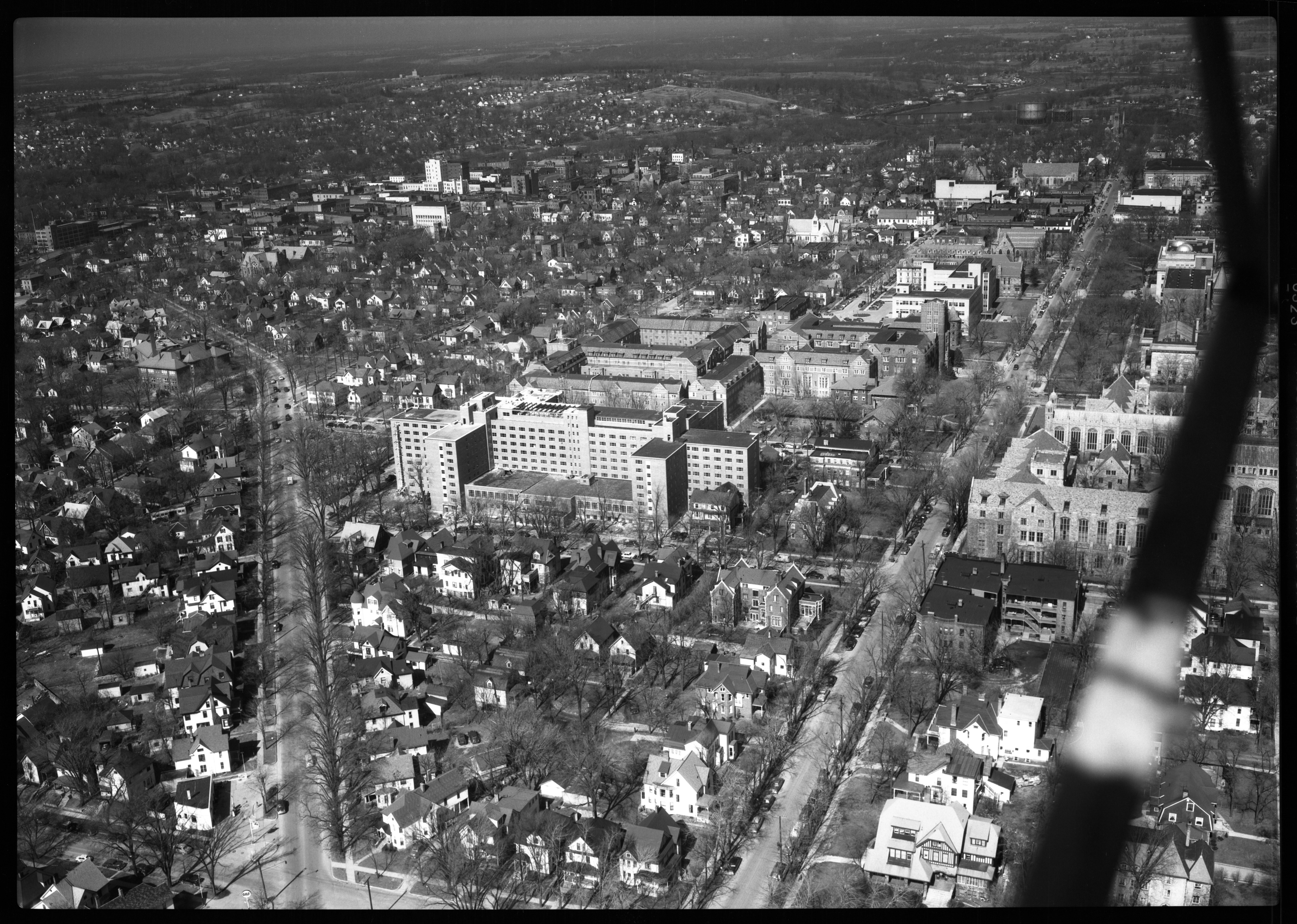 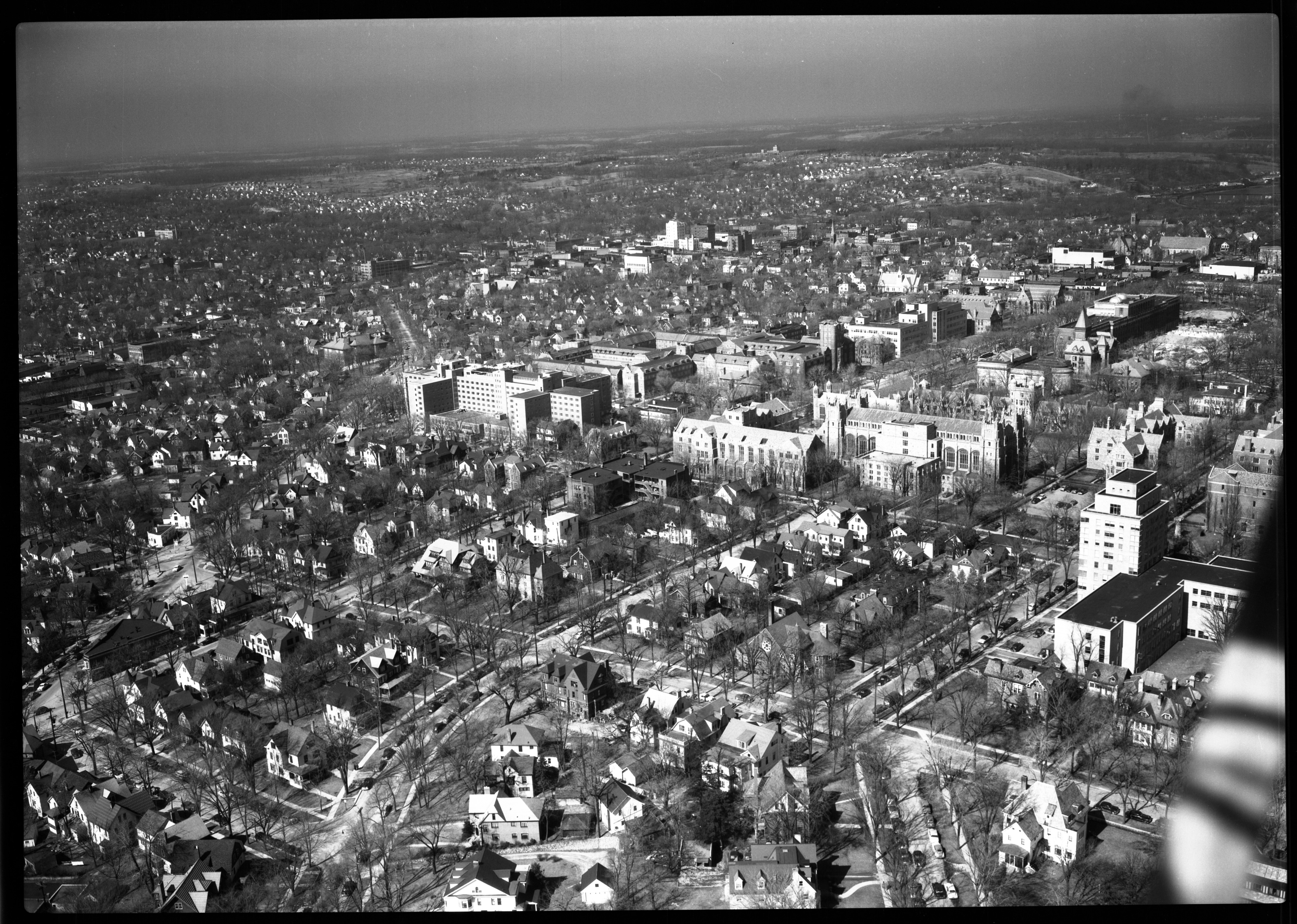 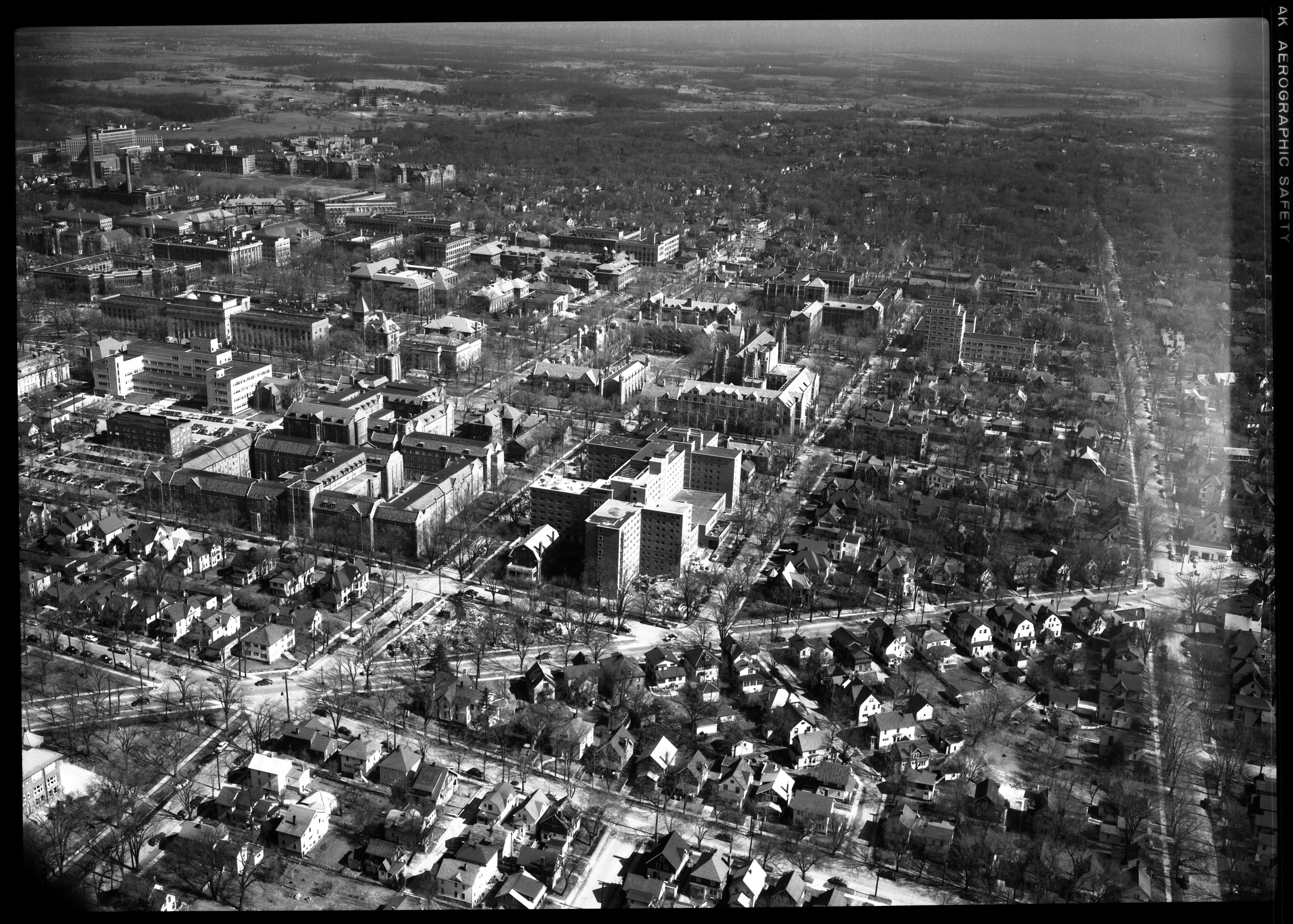 Published In
Ann Arbor News, March 13, 1951
Caption
AIRVIEW OF 'SKYSCRAPER DORMITORY': Only interior furnishing remains before the new South Quadrangle University men's residence, shown in the right foreground, will be ready for occupancy. The eight-story, $5,000,000 structure will house nearly 1,200 students. At the left is the West Quadrangle and Michigan Union, while just beyond the South Quadrangle, to the east, is the Law Quadrangle.
Copyright
Copyright Protected 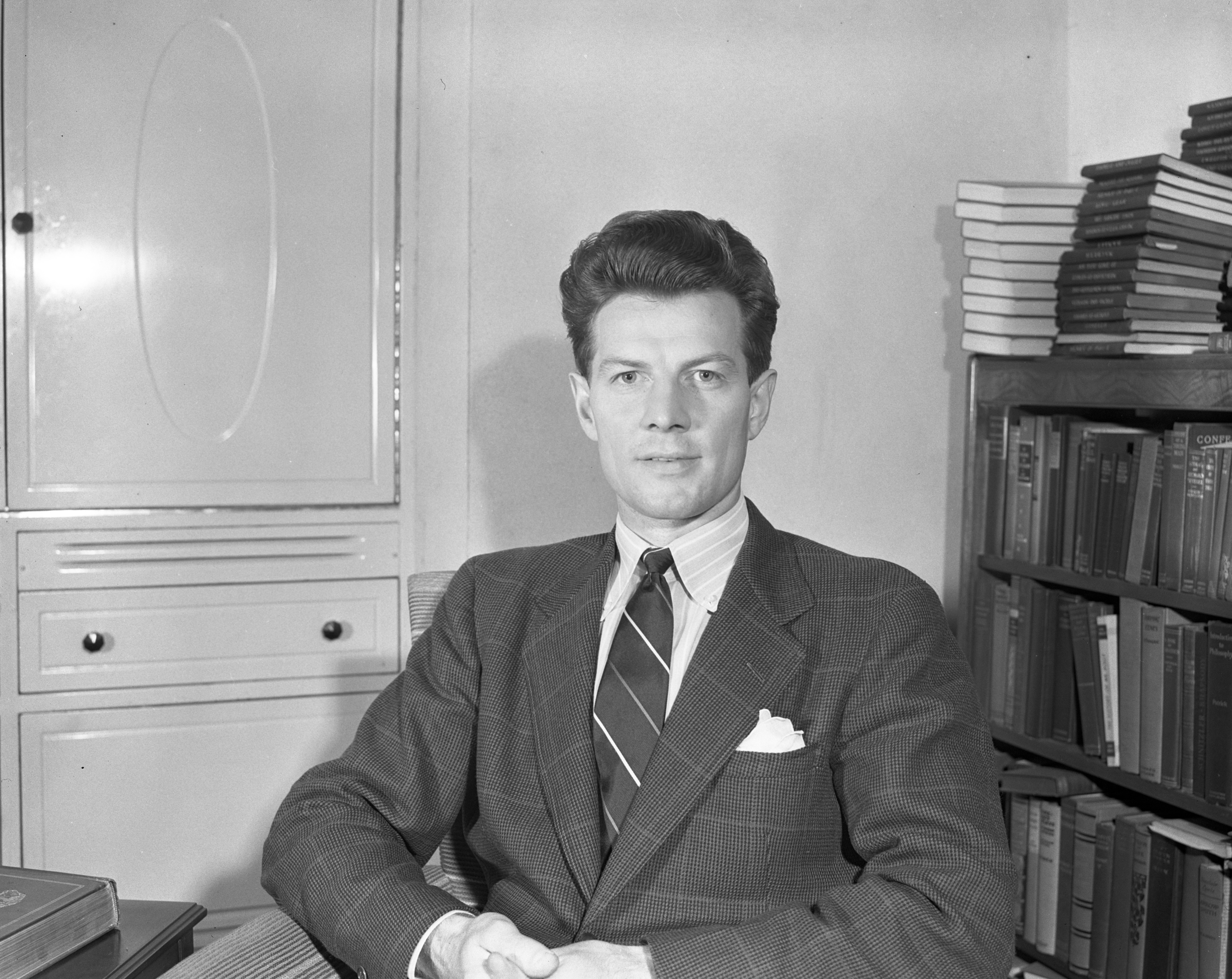 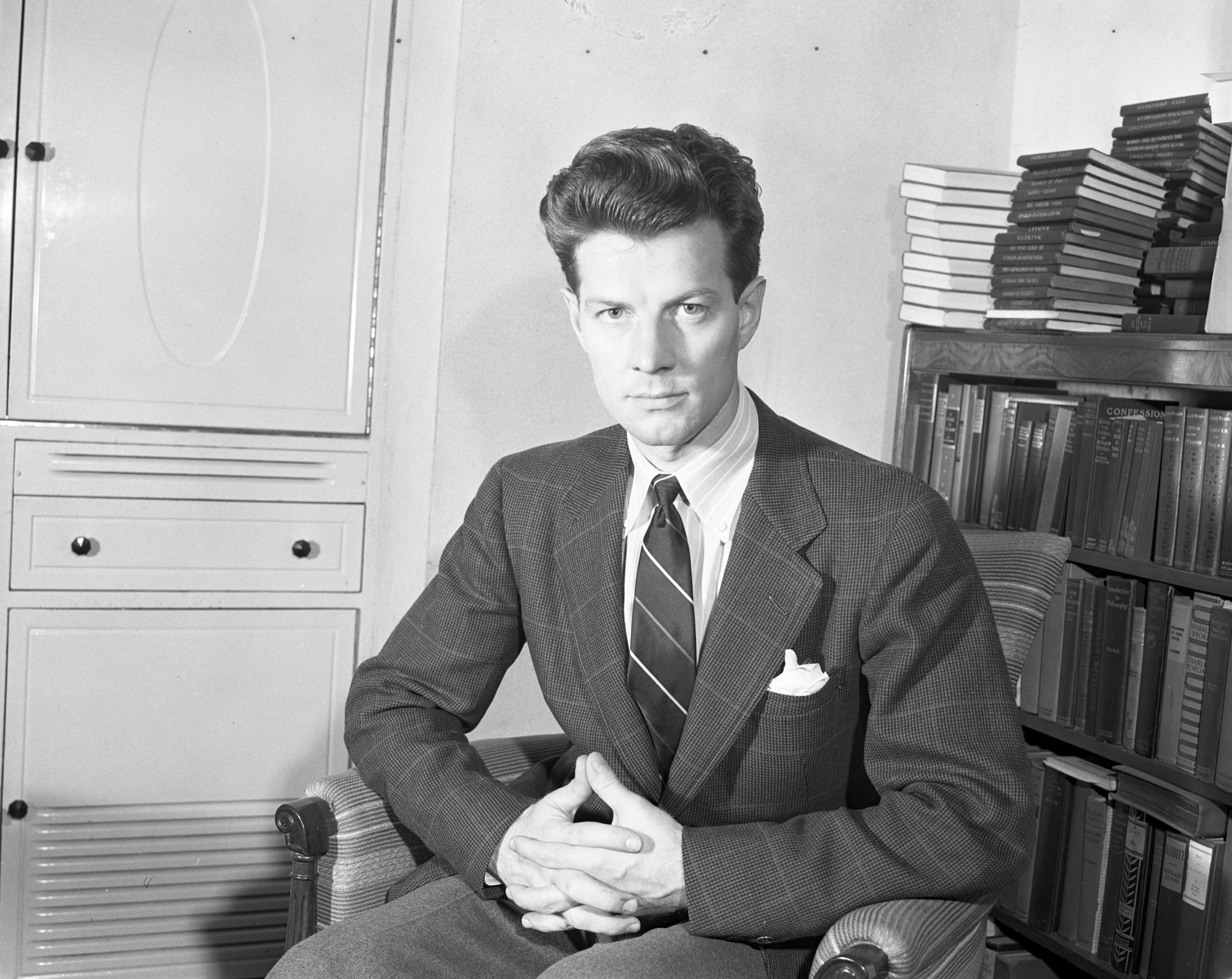 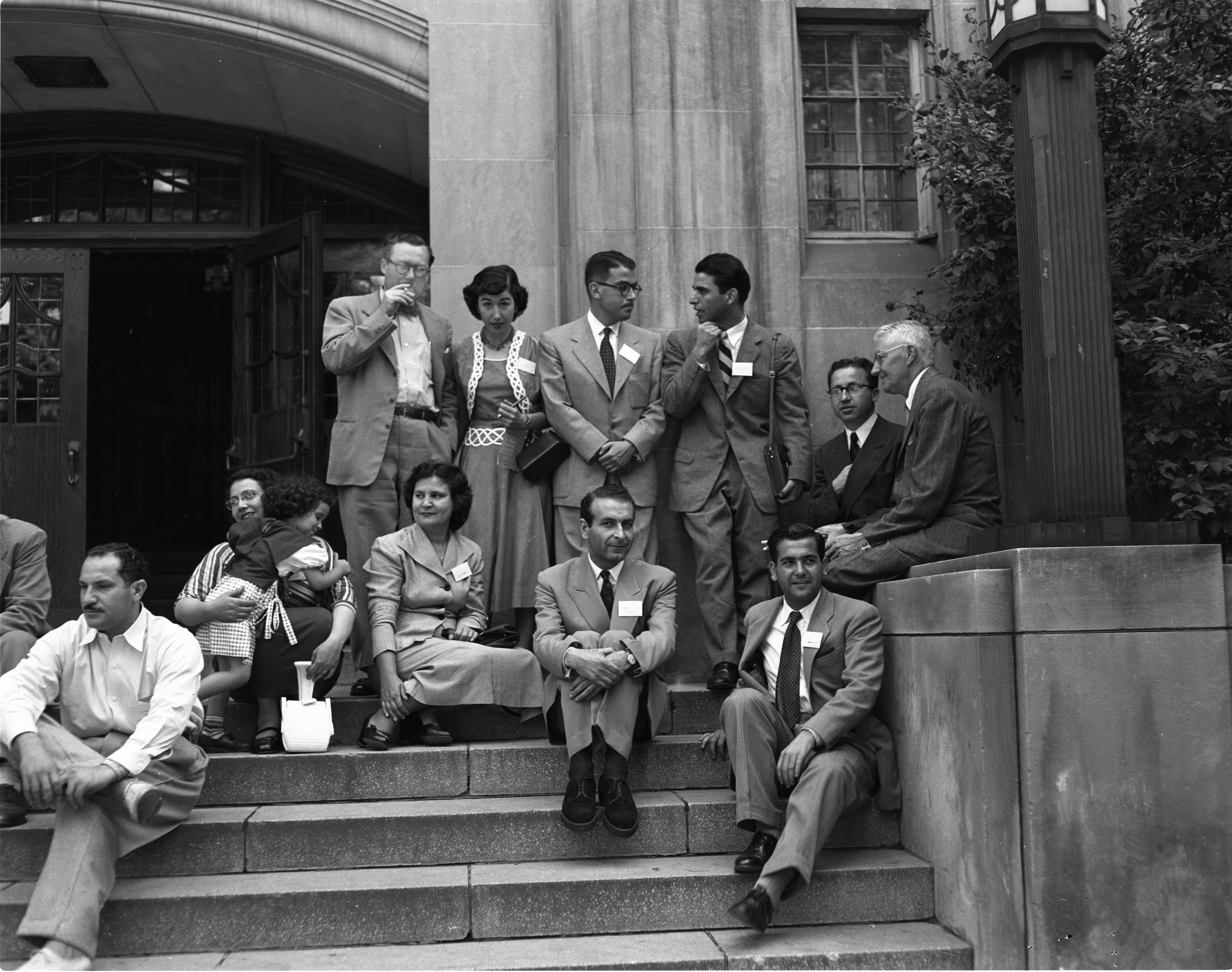 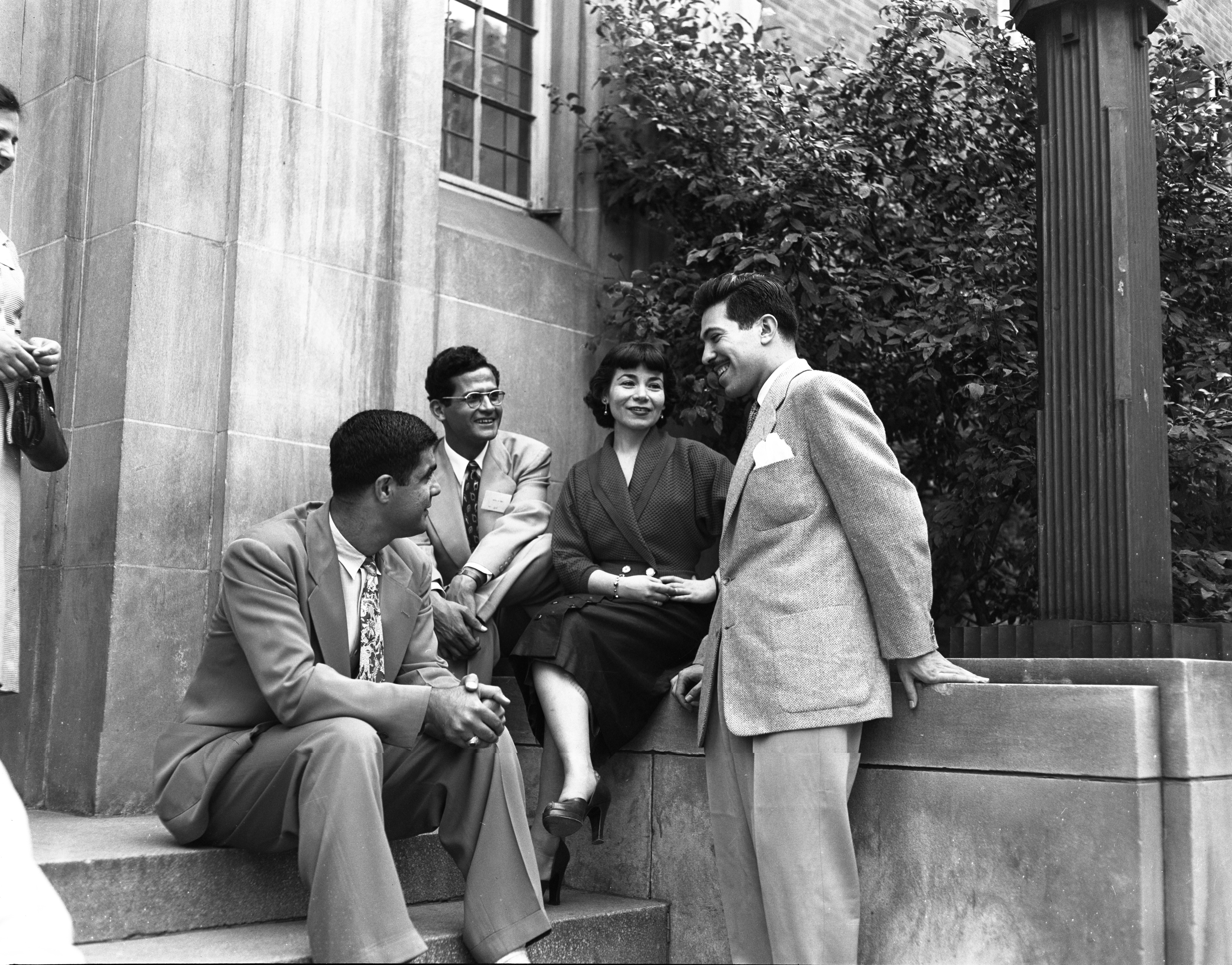 Published In
Ann Arbor News, June 17, 1952
Caption
More than 200 Arab students studying in American colleges are in Ann Arbor for the opening session of a four-day conference, the first of its kind ever held in the country. Officers of the parley talking in front of the West Quadrangle are (left to right) Dr. M. A. Al-Bassam of Iraq, at the University of Texas, Bahgat El-Tawil of Egypt and Inayat Chichakly of Syria, both students at Columbia University, and Kamal Shair of Jordan, at Yale.
Copyright
Copyright Protected
Subscribe to West Quadrangle