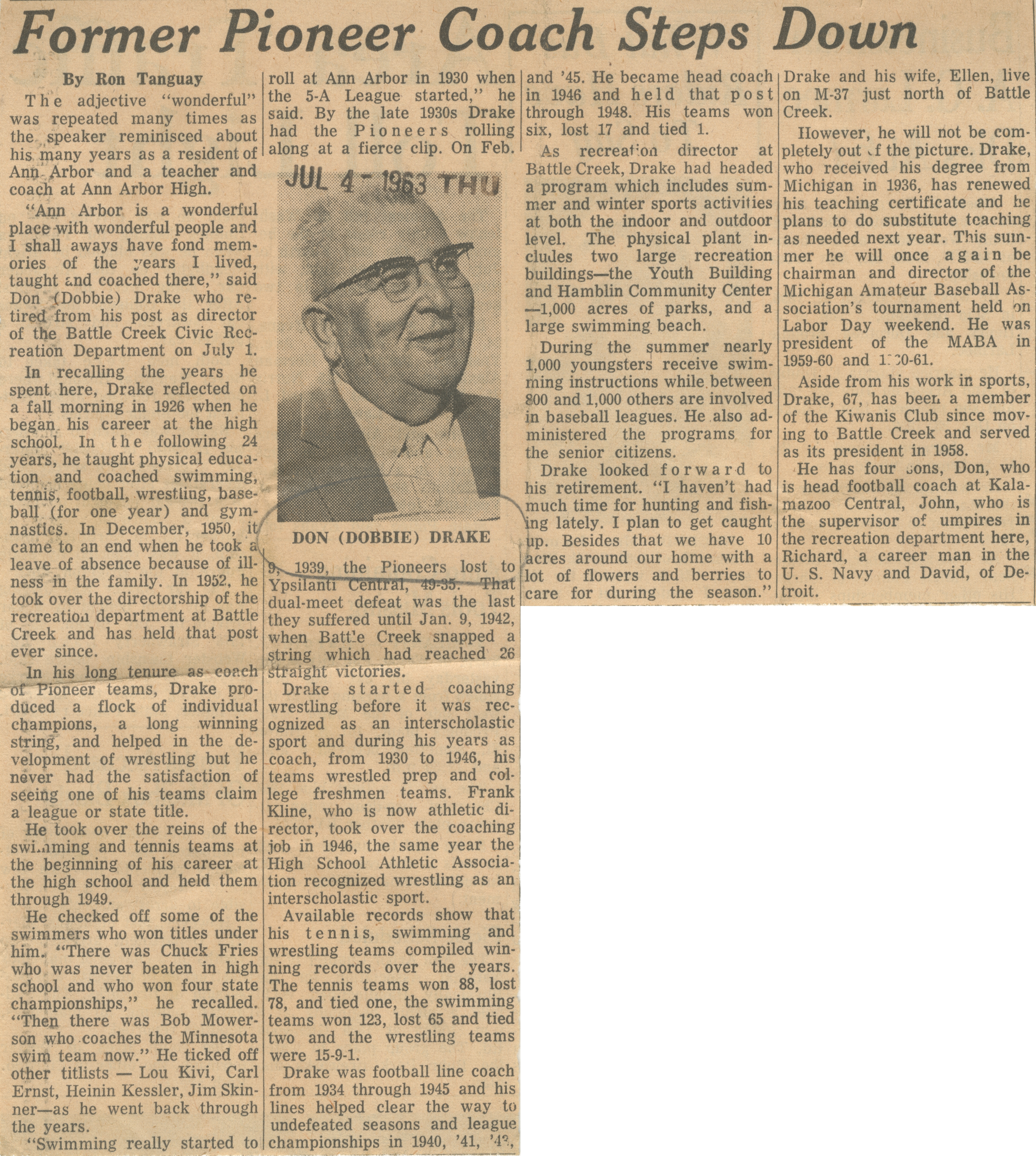 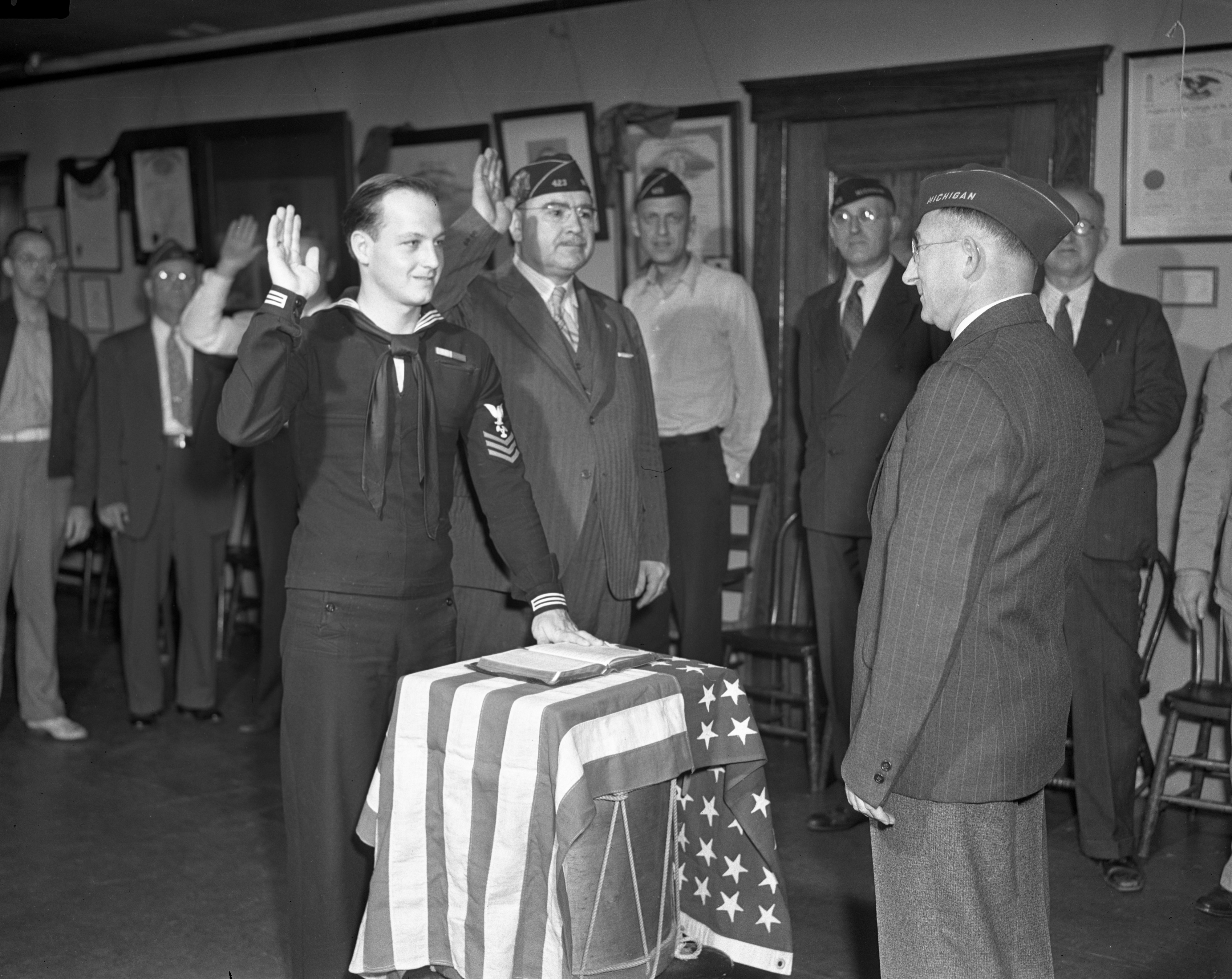 Published In
Ann Arbor News, June 25, 1942
Caption
LOCAL VFW TAKES IN FIRST VETERAN OF THIS WAR: Petty Officer Fred R. Hough, a veteran of the Battle of Pearl Harbor, last night became the first veteran of the Second World war to join Graf O'Hara post of the Veterans of Foreign Wars. Hough, who is home on leave from the Navy's diesel school at Norfolk, Va., is shown alongside Frank Kokenakes, acting officer of the day, as Commander Carl Ernst swore him into membership. The 23-year-old petty officer isn't talking about his part at Pearl Harbor --"official censorship," he explains--but he came back to the mainland in May to enter the Norfolk school. He is here on furlough visiting relatives. He has been in the Navy five years.
Copyright
Copyright Protected 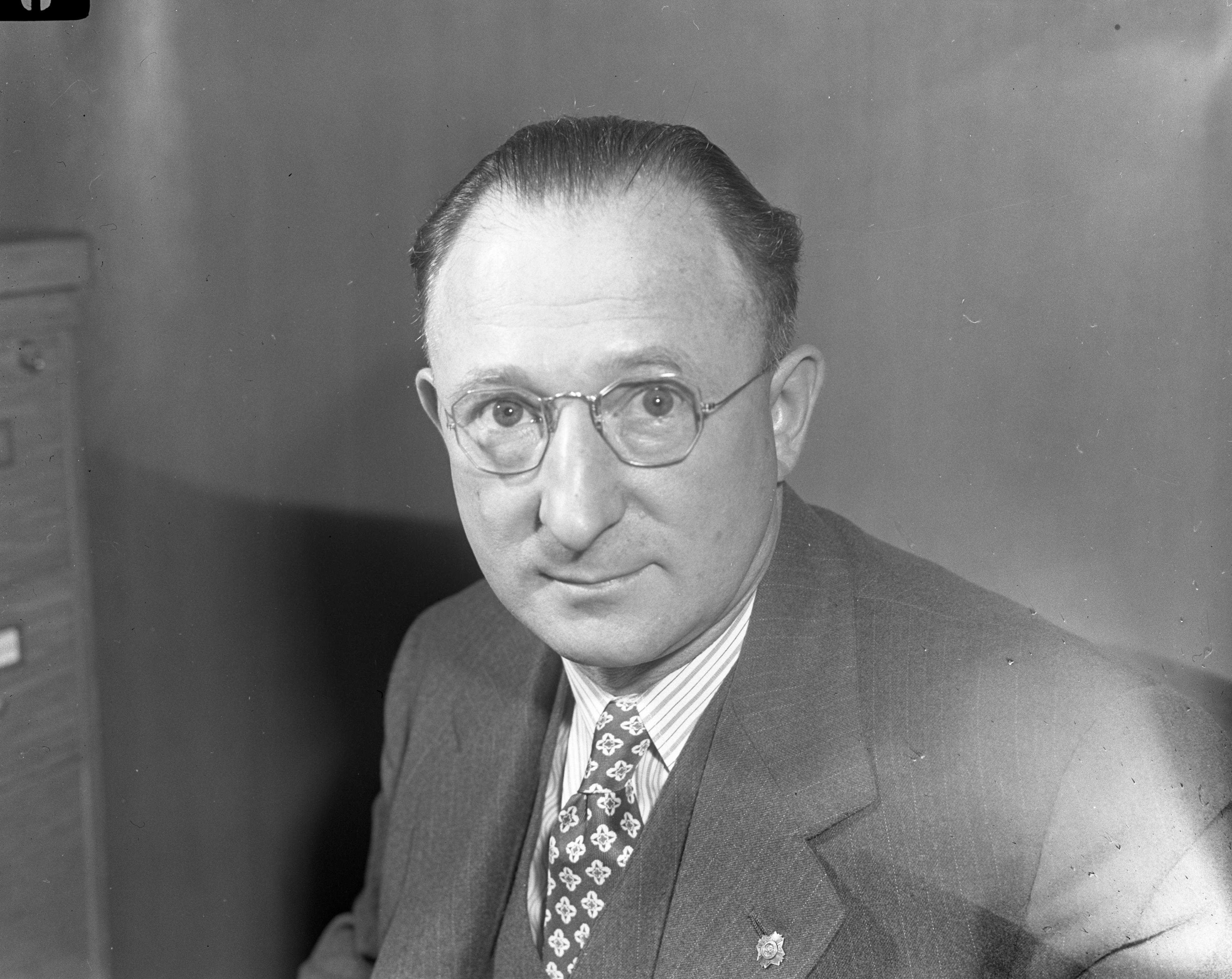 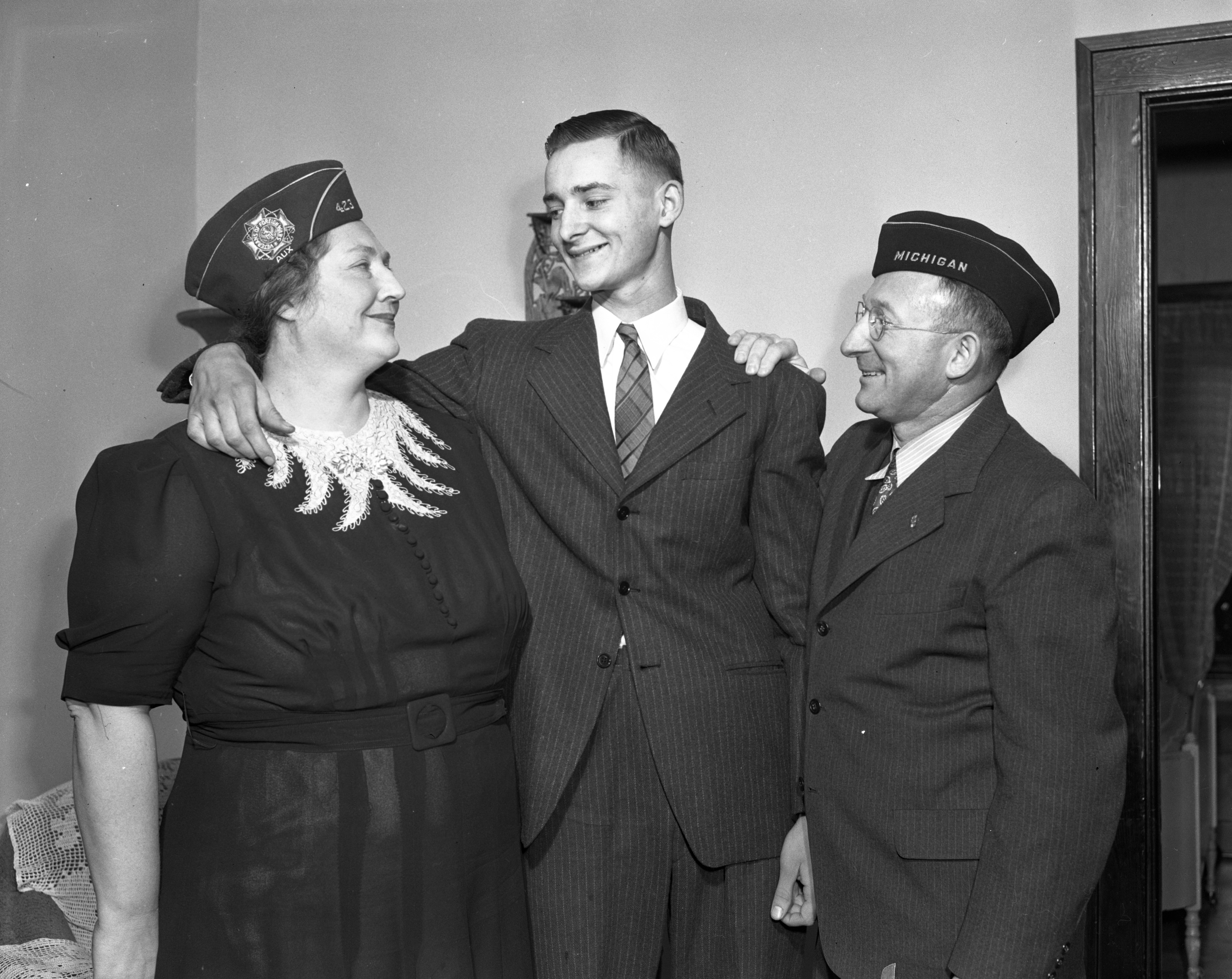