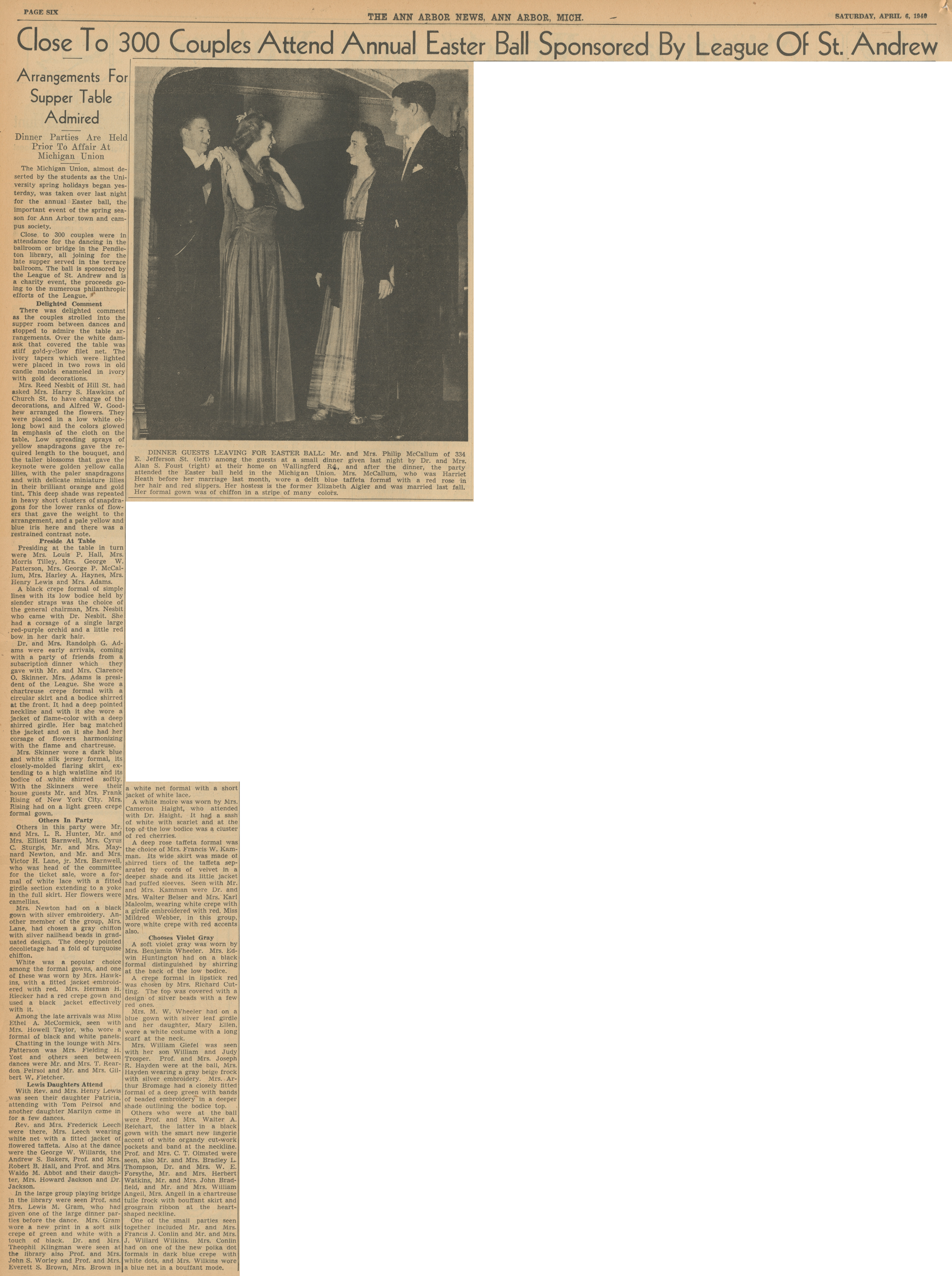 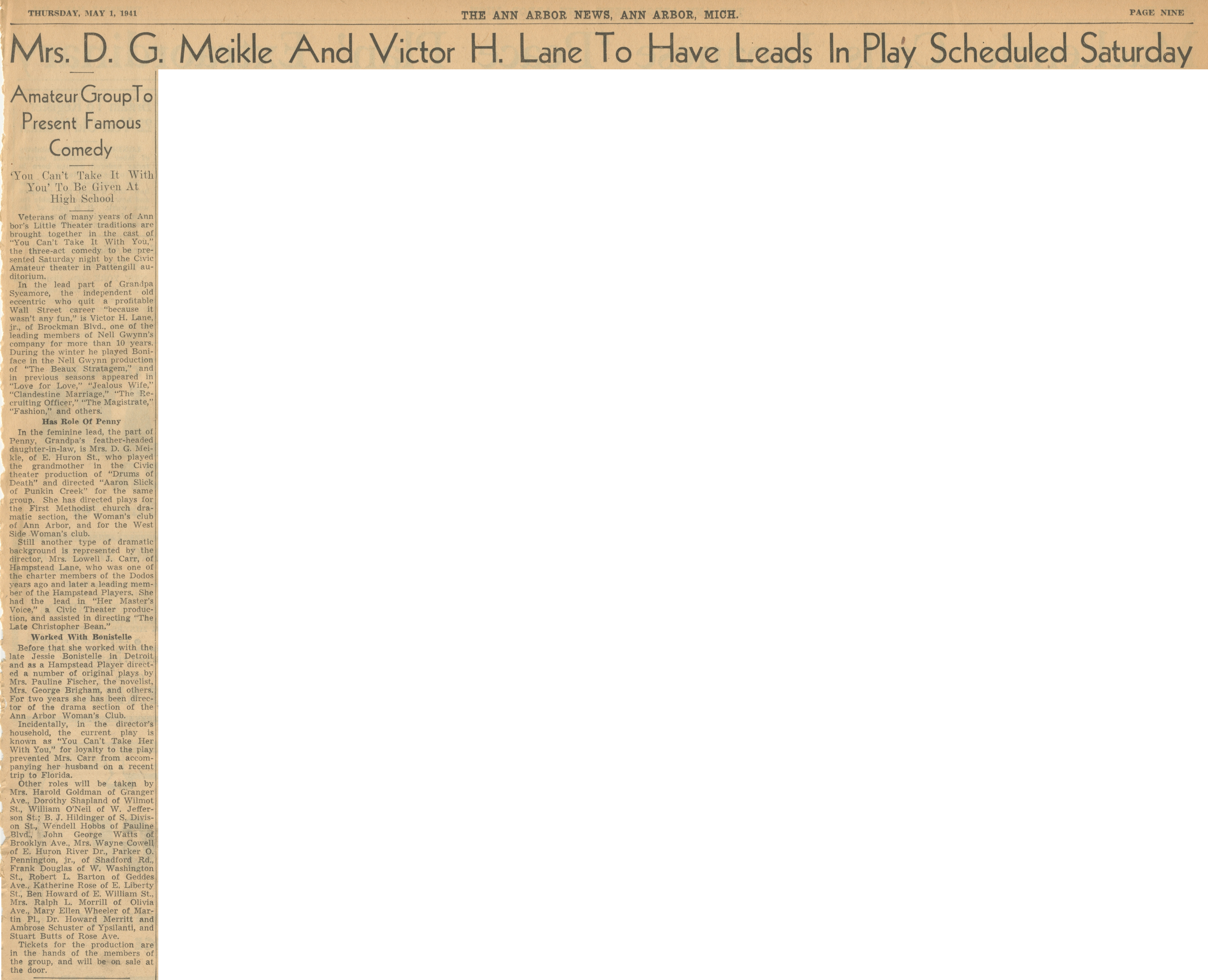 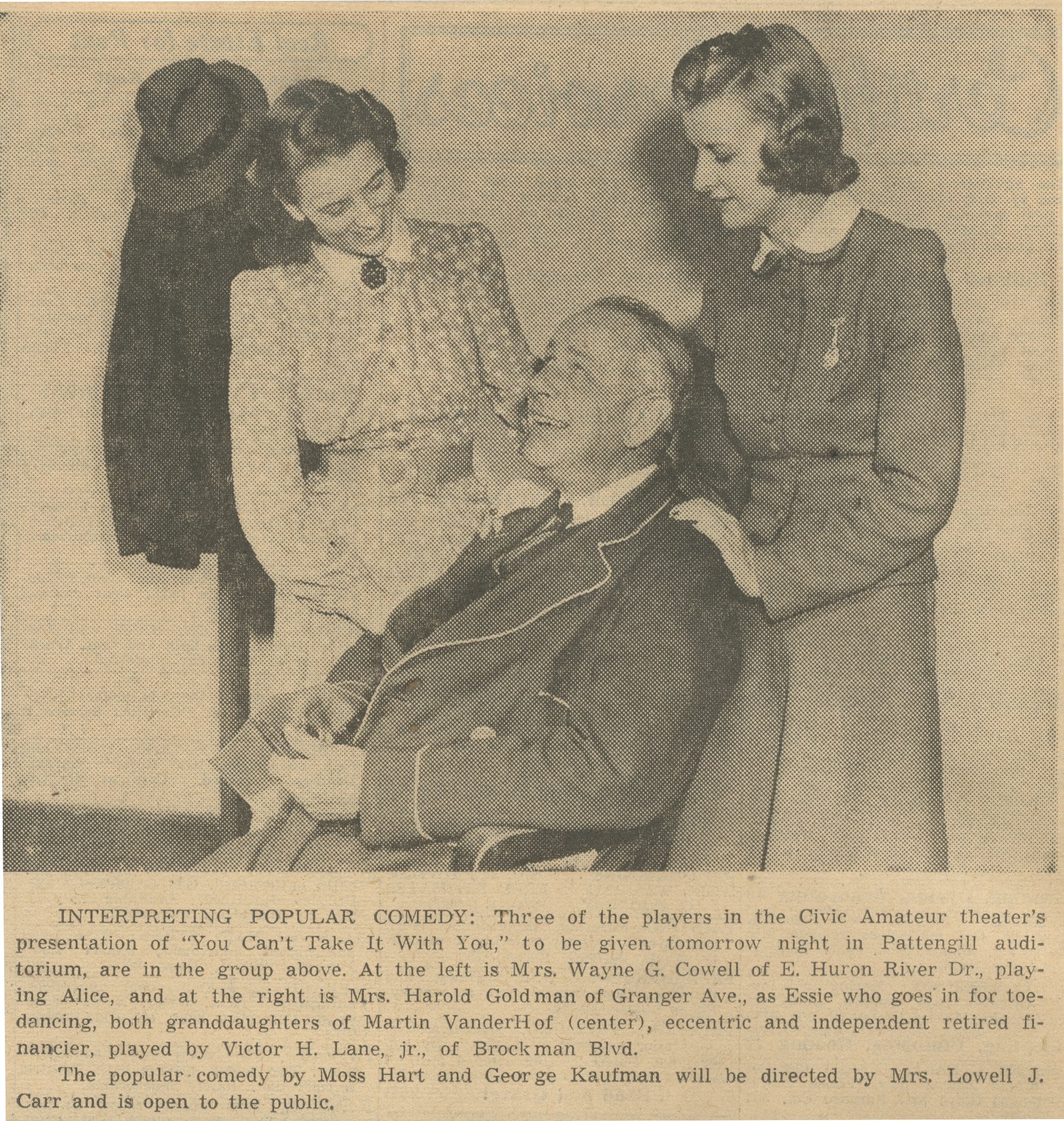 Cast Announced For Next Play Of Theater Group

Ann Arbor Civic Theatre Cast Members Rehearse A Scene From 'You Can't Take It With You,' May 1941 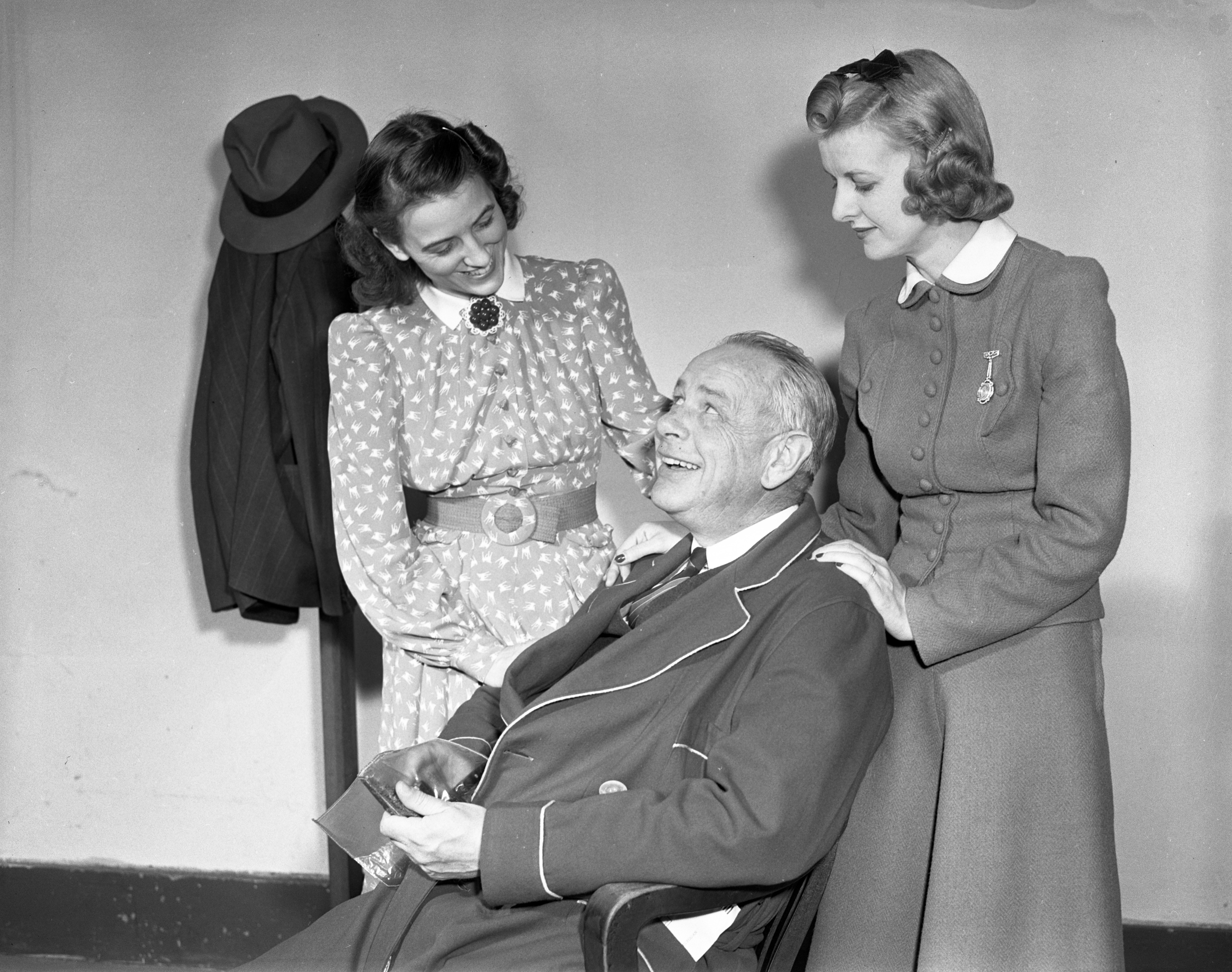 Published In
Ann Arbor News, May 2, 1941
Caption
Interpreting Popular Comedy: Three of the players in the Civic Amateur theater's presentation of "You Can't Take It With You," to be given tomorrow night in Pattengill auditorium, are in the group above. At the left is Mrs. Wayne G. Cowell of E. Huron River Dr., playing Alice, and at the right is Mrs. Harold Goldman of Granger Ave., as Essie who goes in for toe-dancing, both granddaughters of Martin VanderHof (center), eccentric and independent retired financier, played by Victor H. Lane, jr., of Brockman Blvd. The popular comedy by Moss Hart and George Kaufman will be directed by Mrs. Lowell J. Carr and is open to the public.
Copyright
Copyright Protected
Subscribe to Victor H. Lane Jr.