In A Class By Itself ~ New Easy Spindrier 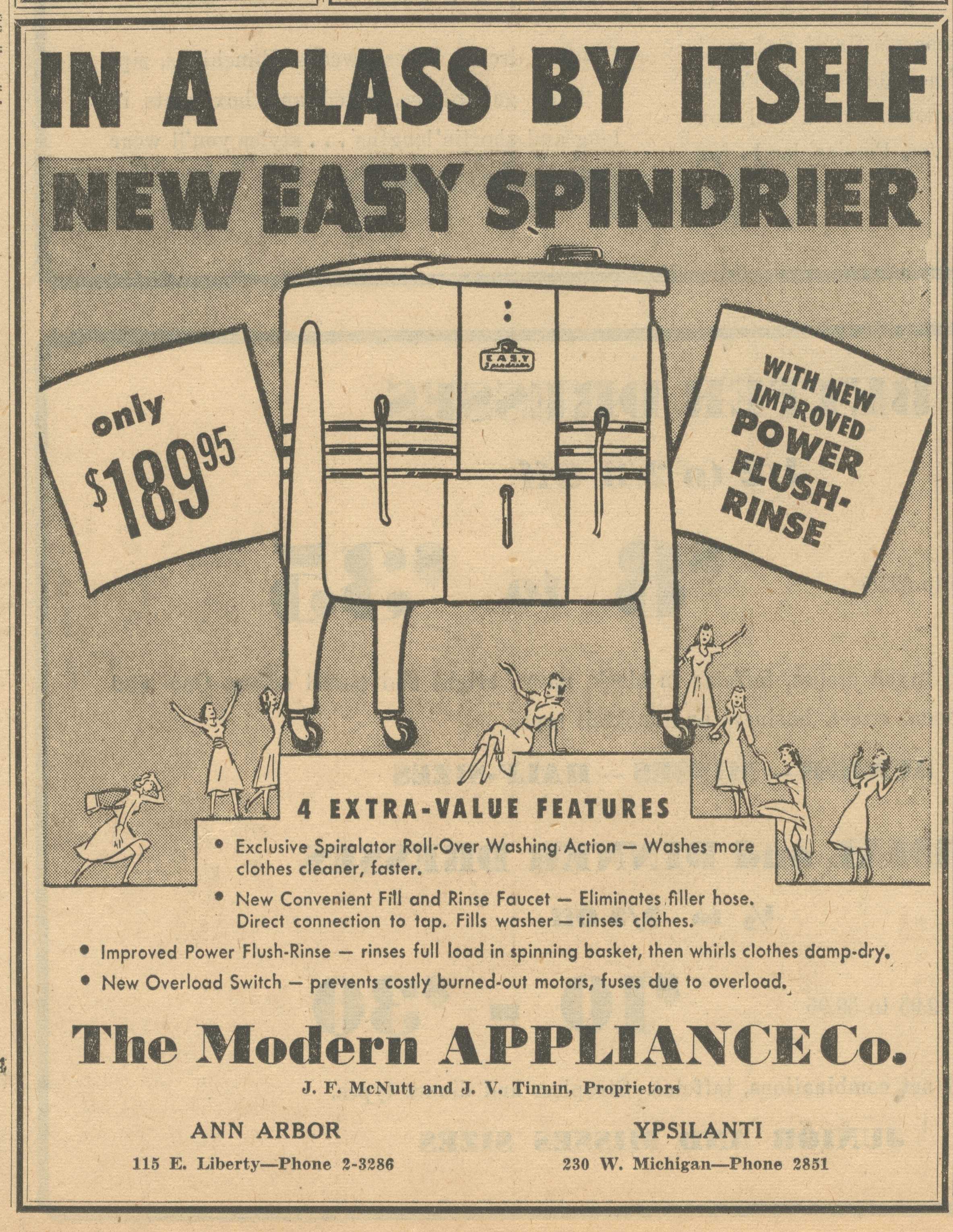 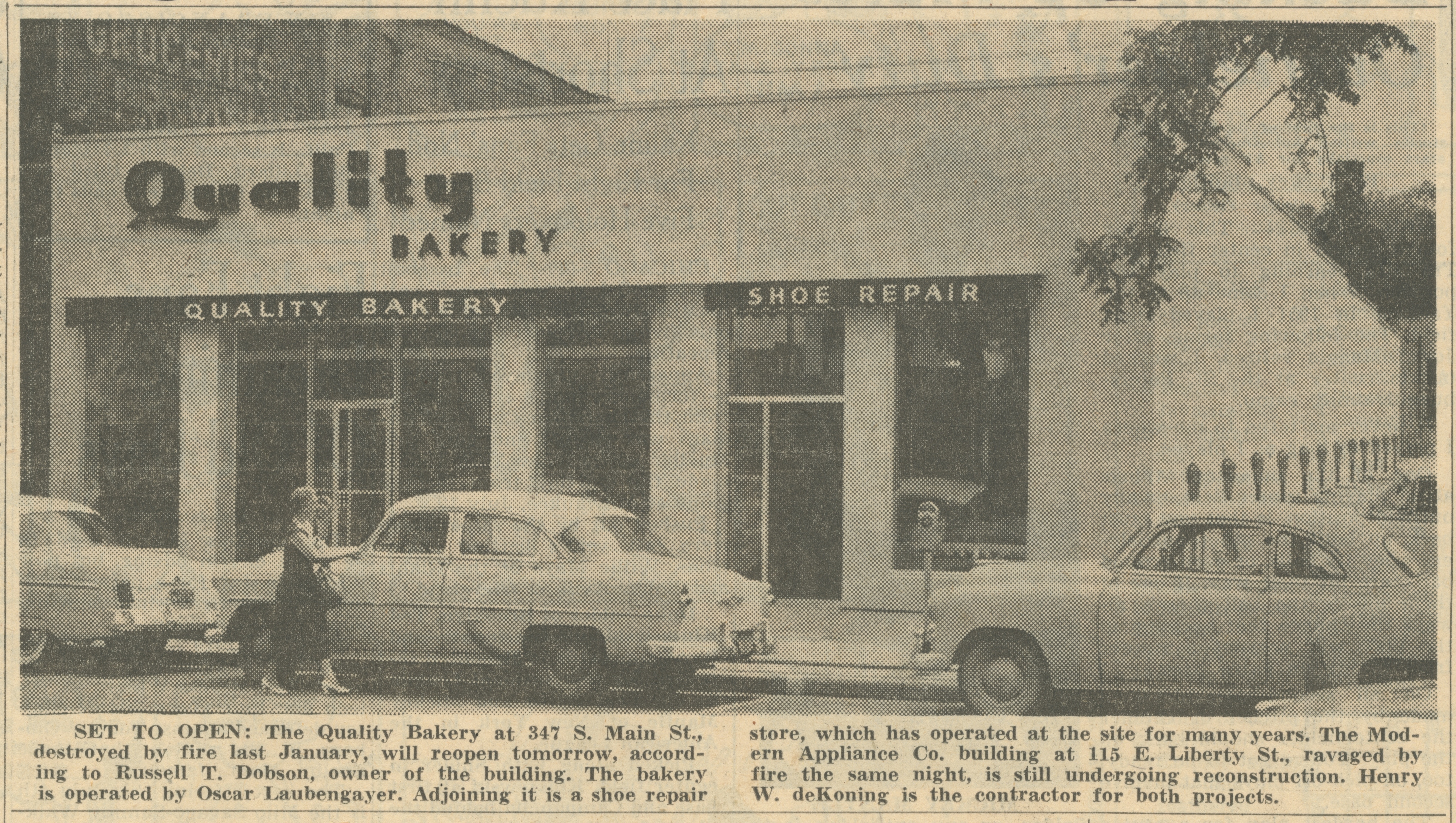 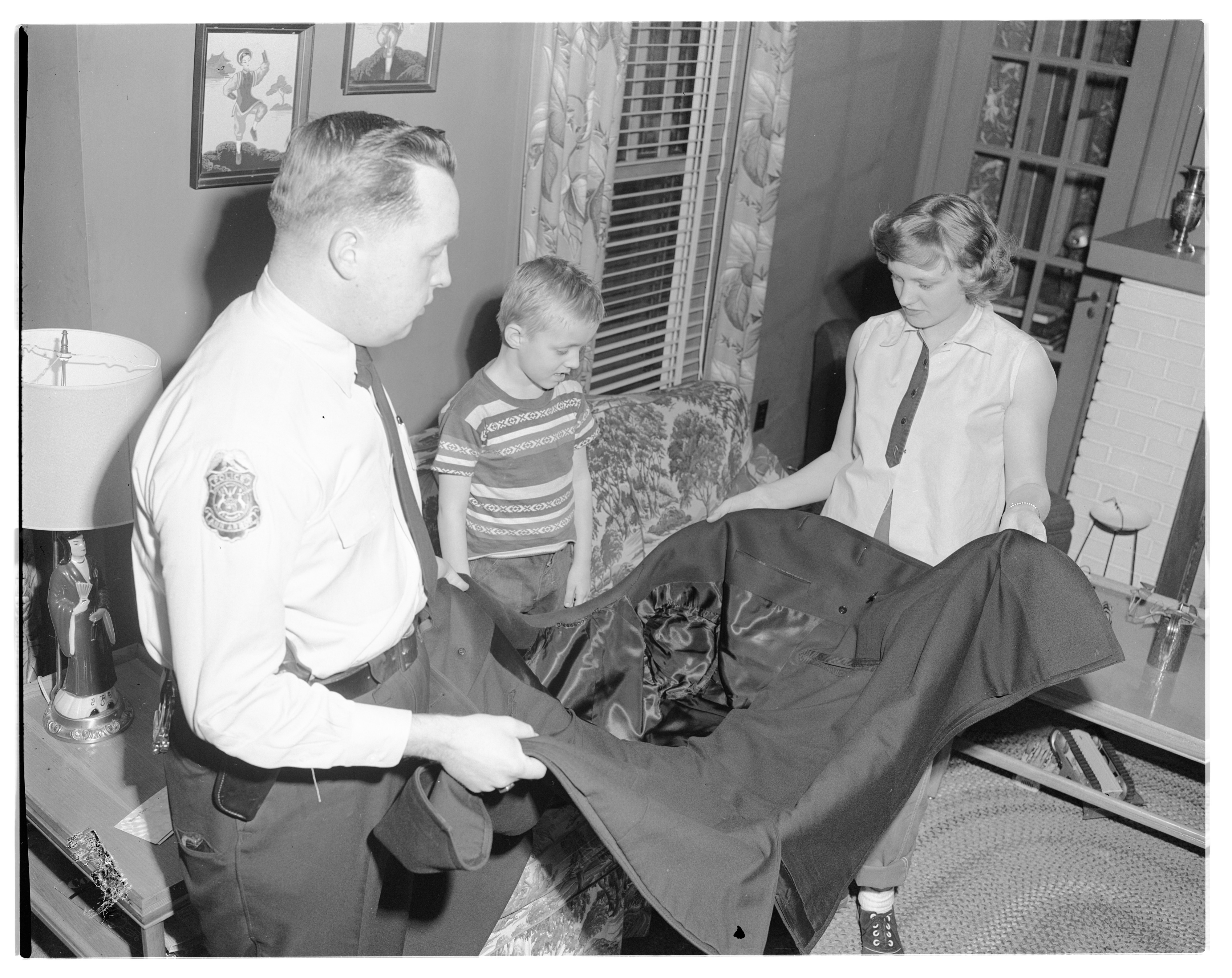 Published In
Ann Arbor News, January 7, 1955
Caption
The Rescuer And His System: The overcoat of Patrolman George Bluhm (left) can be used for more than winter weather, and he was prompt to realize it this morning when seconds could well have meant lives. When the William Bennett family was trapped by fire above the Modern Appliance Co., store, Bluhm whipped off his coat and with the help of a pedestrian, caught an 11-month-old baby girl dropped from the second story above. At right is the infant's mother, while brother Jimmy looks on in the center. The baby was sick from inhaling smoke and could not be photographed. ( full page of fire pictures on page 24.)
Copyright
Copyright Protected

View On Liberty St. Of Charred Storefront After Fire At Modern Appliance, January 1955 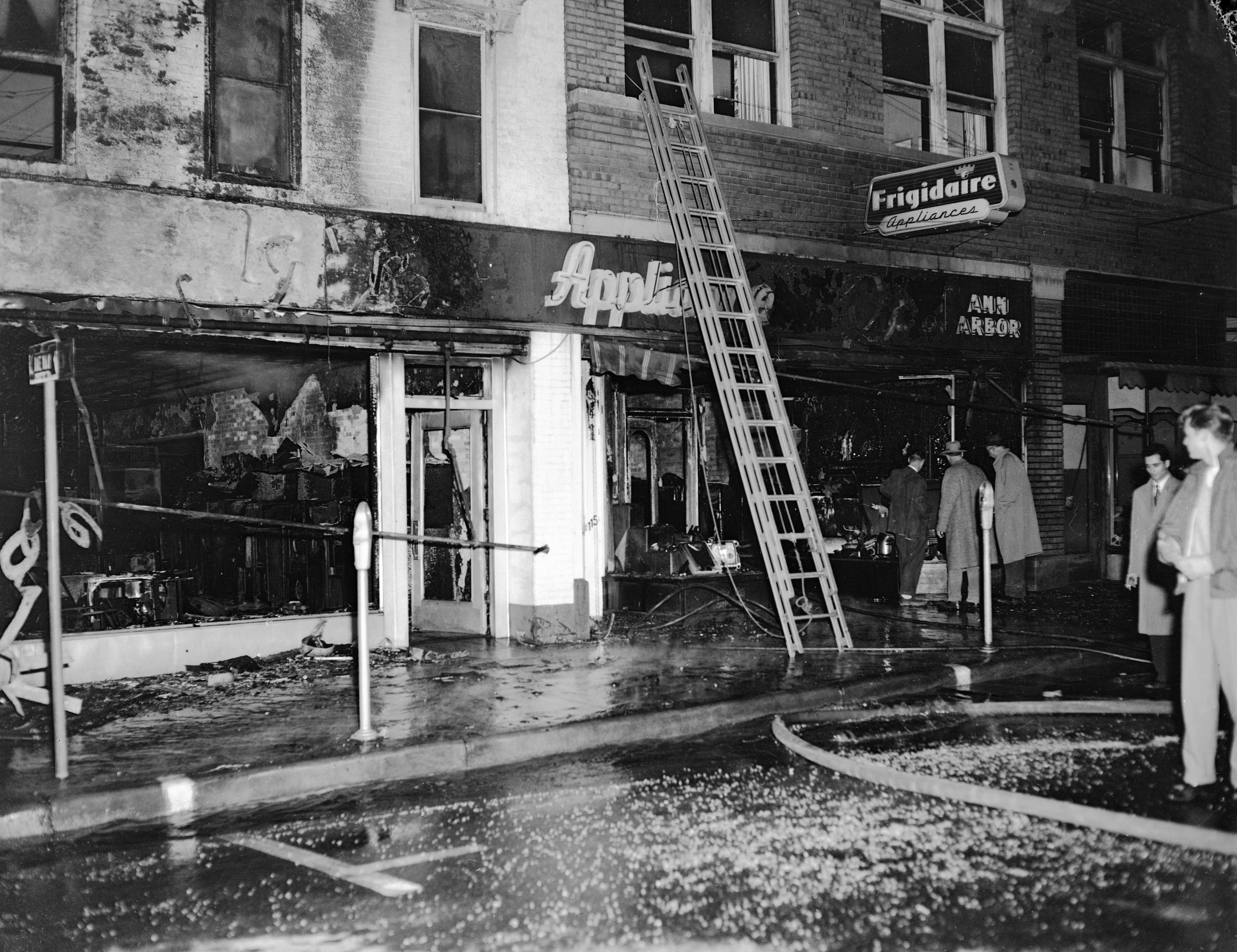 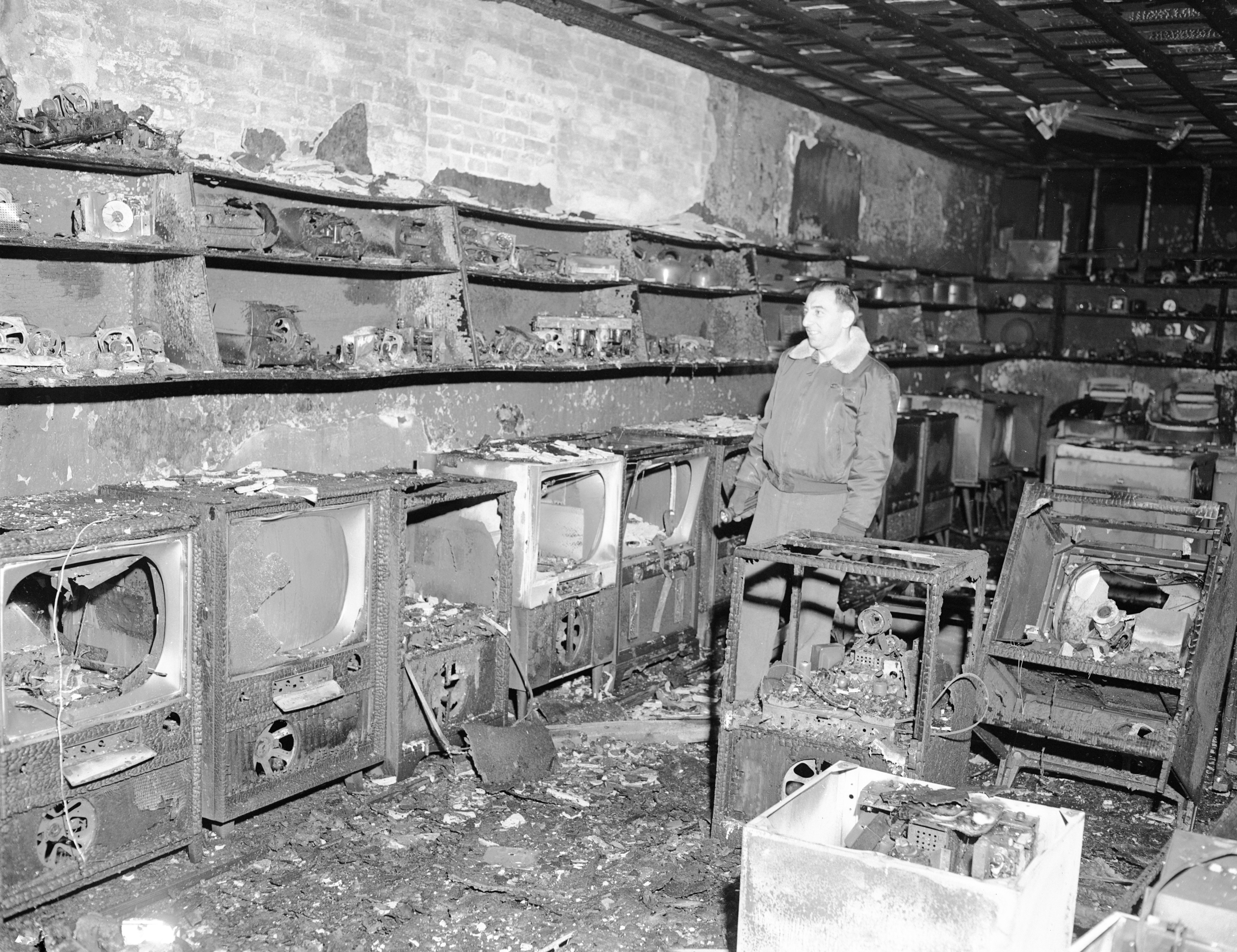 Published In
Ann Arbor News, January 7, 1955
Caption
The Toll On Television: There will be no show, early or late, on these expensive TV sets devoured by flames in the Modern Appliance Co., one of two downtown stores burned out by fire early this morning. Also claimed by flames were scores of radios, washing machines and refrigerators, running the damage toll to many thousands of dollars. Eyeing the destruction above is Ralph (Socko) Bartolacci, a city Water Department meter man.
Copyright
Copyright Protected 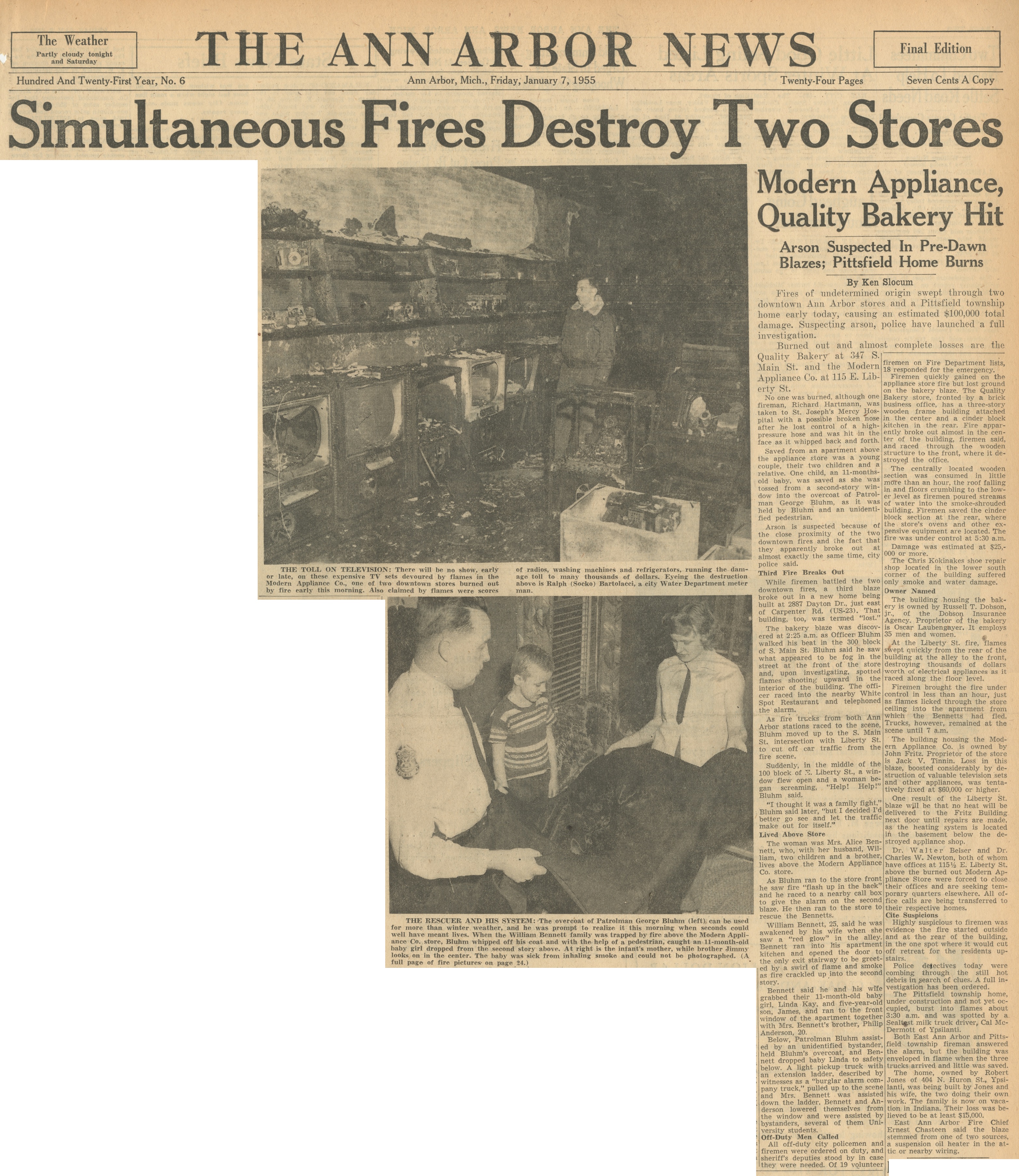 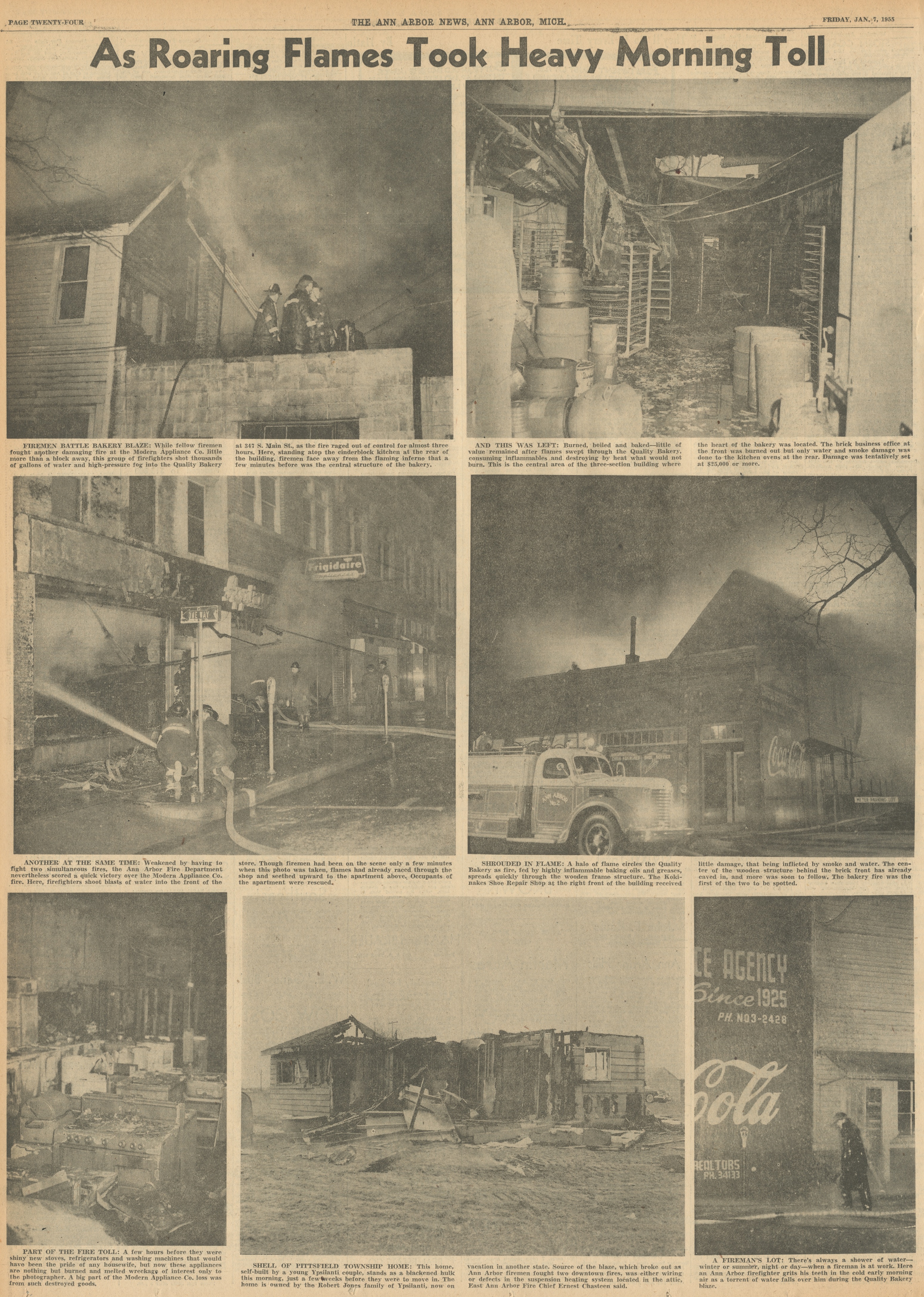