Mother And Son Have Polio 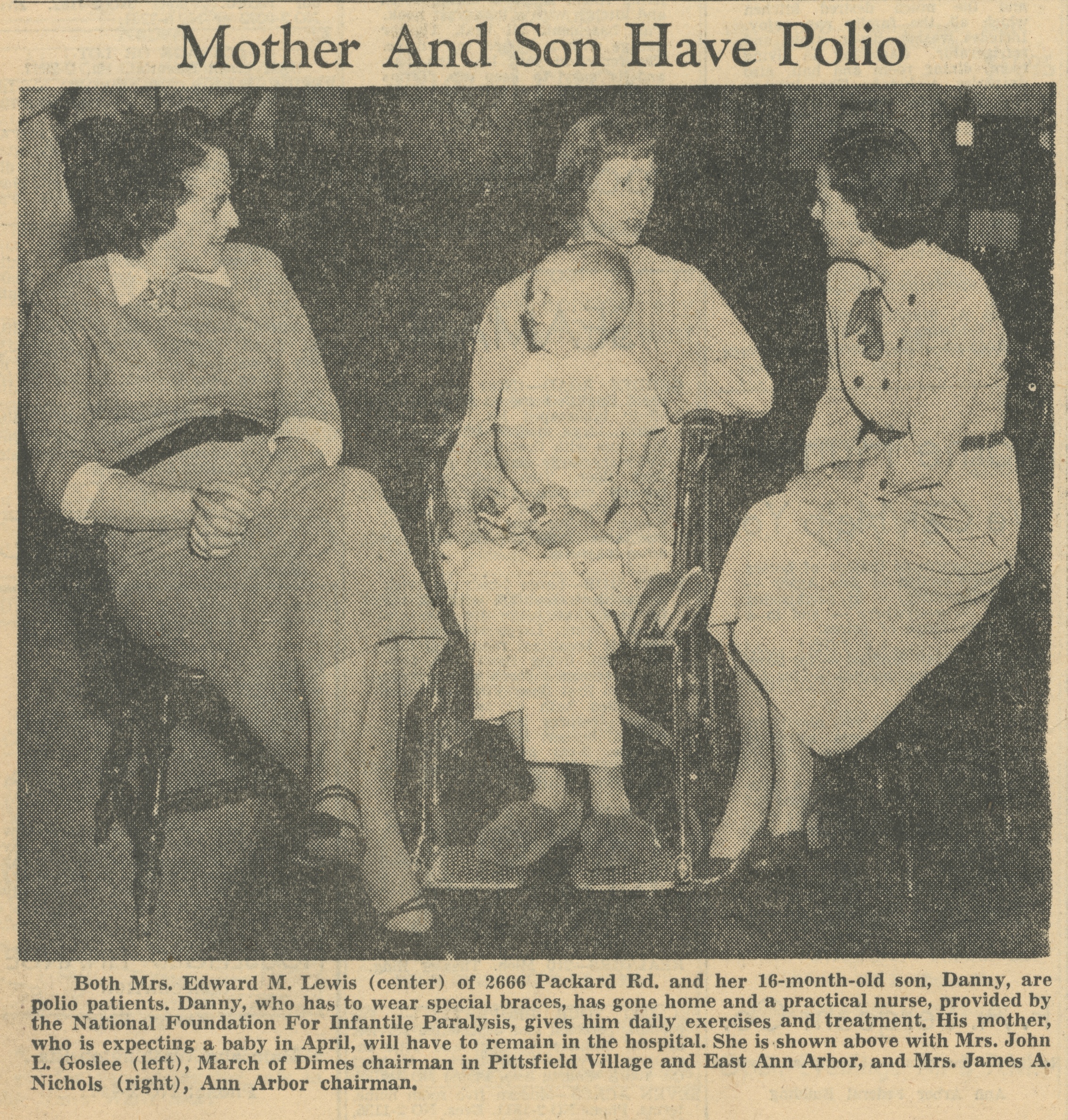 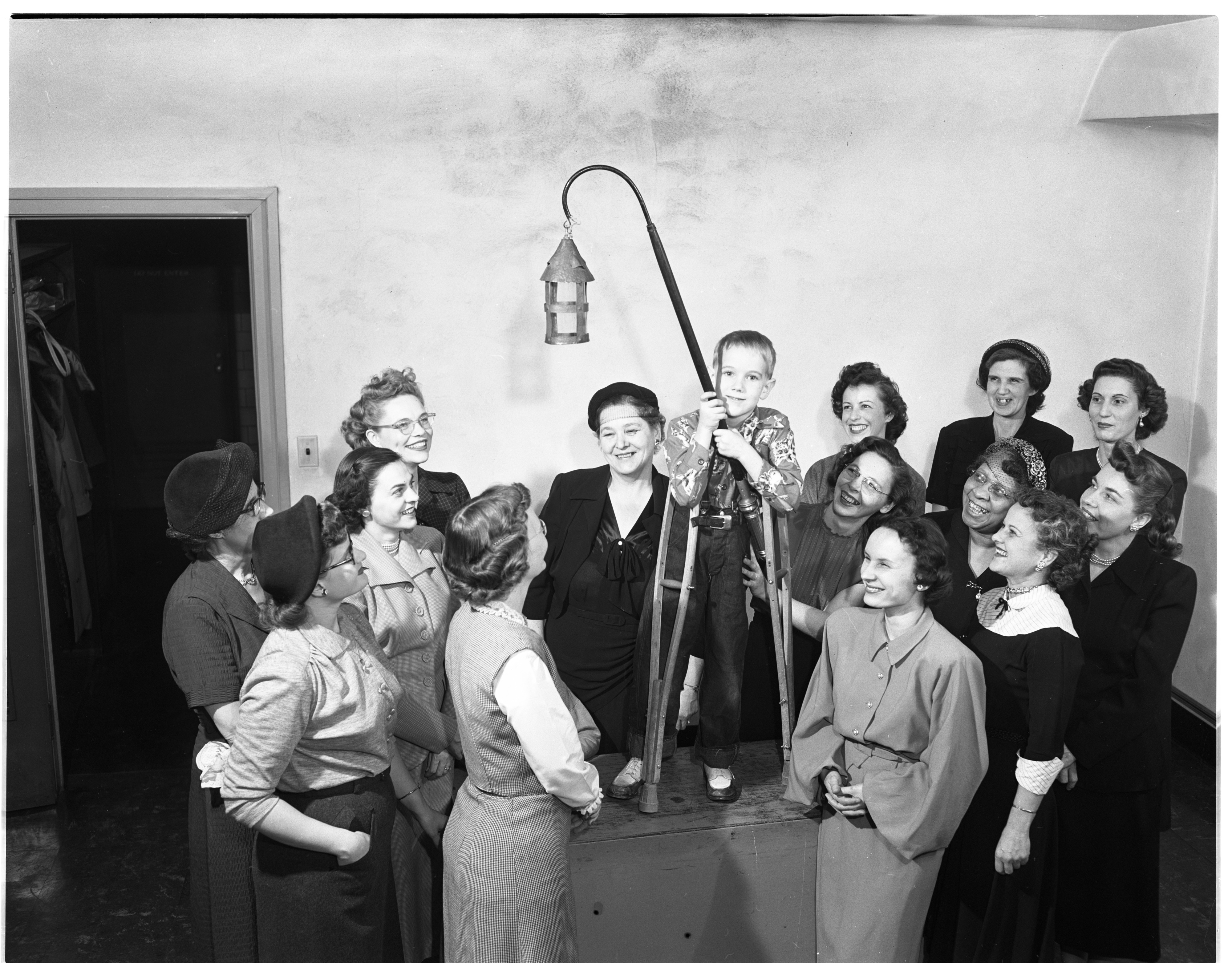 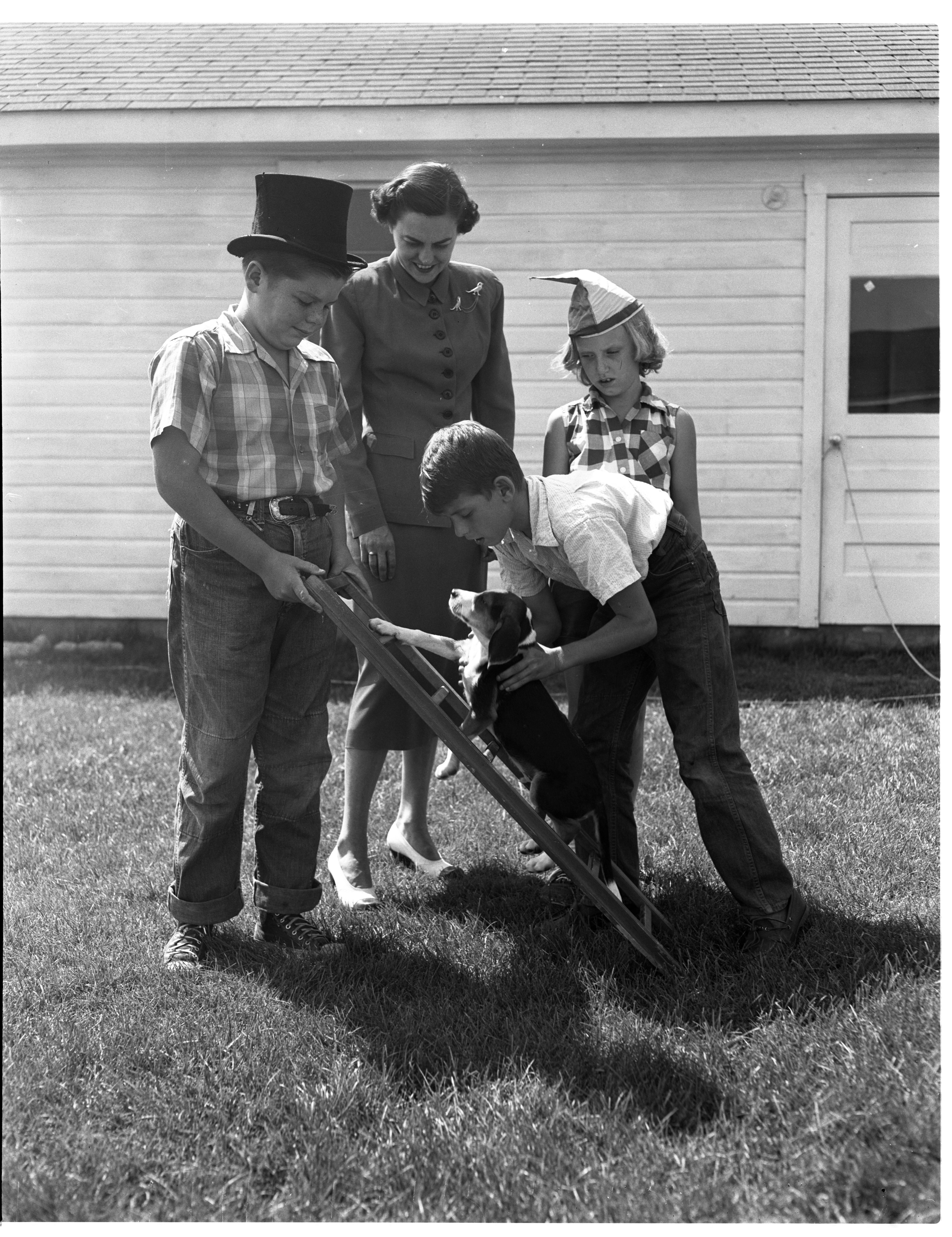 Published In
Ann Arbor News, August 11, 1953
Caption
Early Start For Polio Fund: Mrs. James A. Nichols, Ann Arbor chairman of the 1954 March of Dimes, watches Robert Kirk, 2115 Alice St., put his dog, Tippy, through one of the acts of a circus that neighborhood children staged to aid the polio fund. A circuit and a carnival were held by two groups in the new Northwest elementary school area and $5.74 was turned over to the polio fund. Among others who took part were Gordon Jones (left), 1806 Linwood Ave., and Mary Kay Hamilton, 306 Westwood Ave.
Copyright
Copyright Protected

Kay Dohm and and Mrs. James A. Nichols with first shipment of Salk polio vaccine for Washtenaw county first and second graders, April 1955 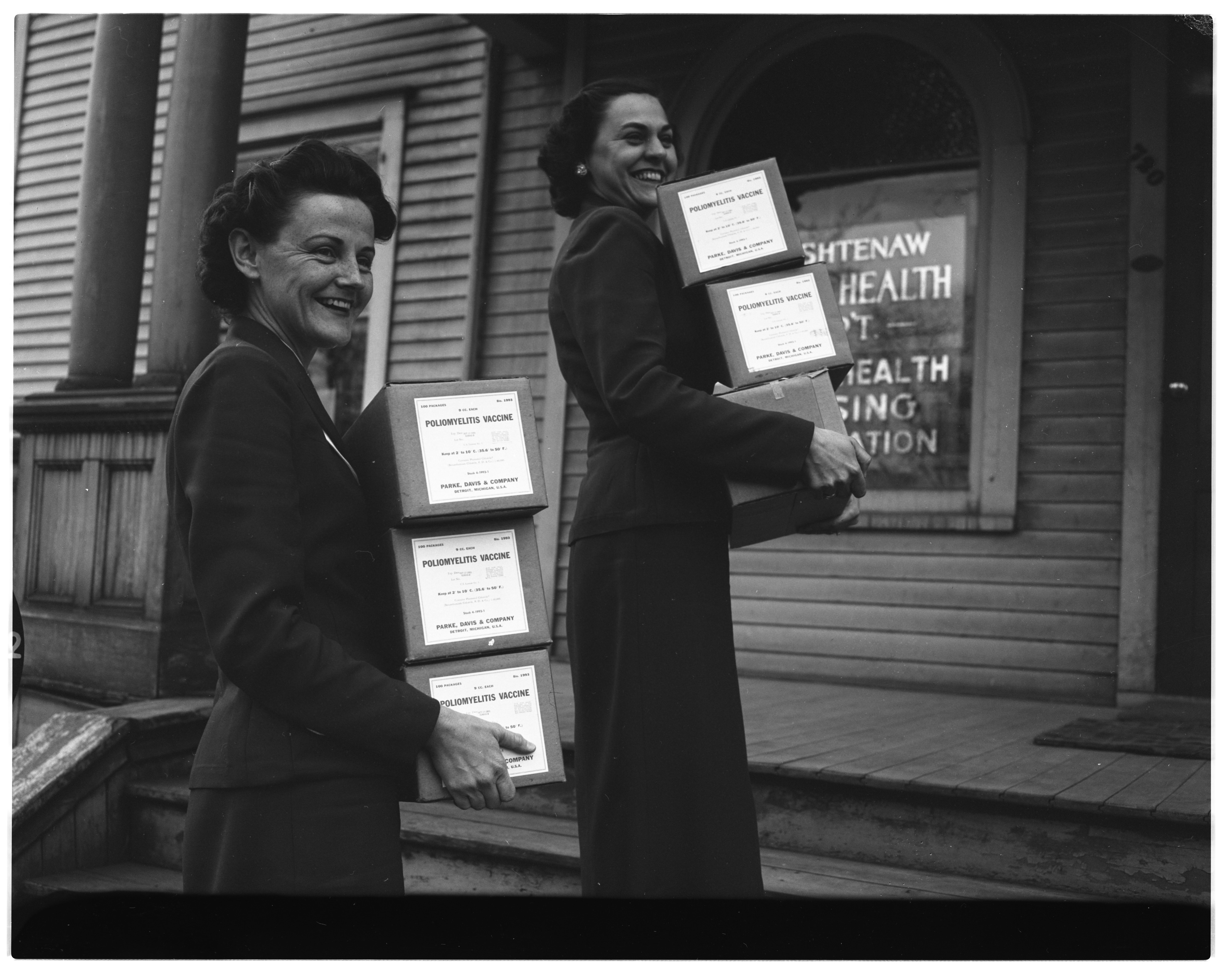 Published In
Ann Arbor News, April 19, 1954
Caption
IT'S HERE: The Salk polio vaccine for Washtenaw county's first and second graders arrived here yesterday in the arms of Miss Kay Dohm (left), of the County Health Department, and Mrs. James A. Nichols, volunteer worker for the National Foundation for Infantile Paralysis. The pair brought the vaccine here from Lansing. These six boxes and another half-box contain enough vaccine to inoculate some 6,000 children. Although 7,000 Washtenaw county first and second graders are eligible for the vaccine, an estimated 10 per cent of parents, for various reasons, will not give consent for their children to be inoculated.
Copyright
Copyright Protected

Salk Polio Inoculations To Start In Ann Arbor May 2 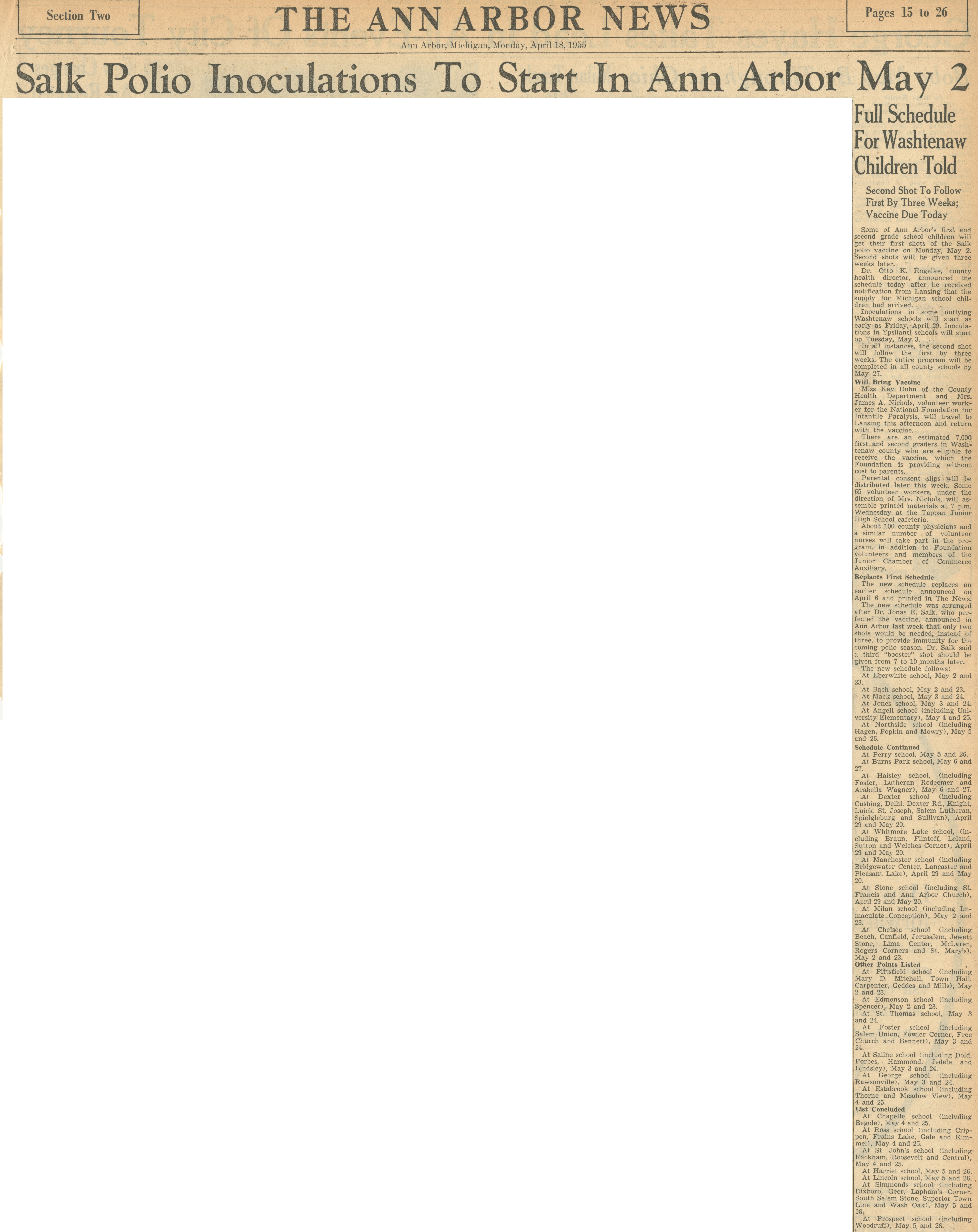 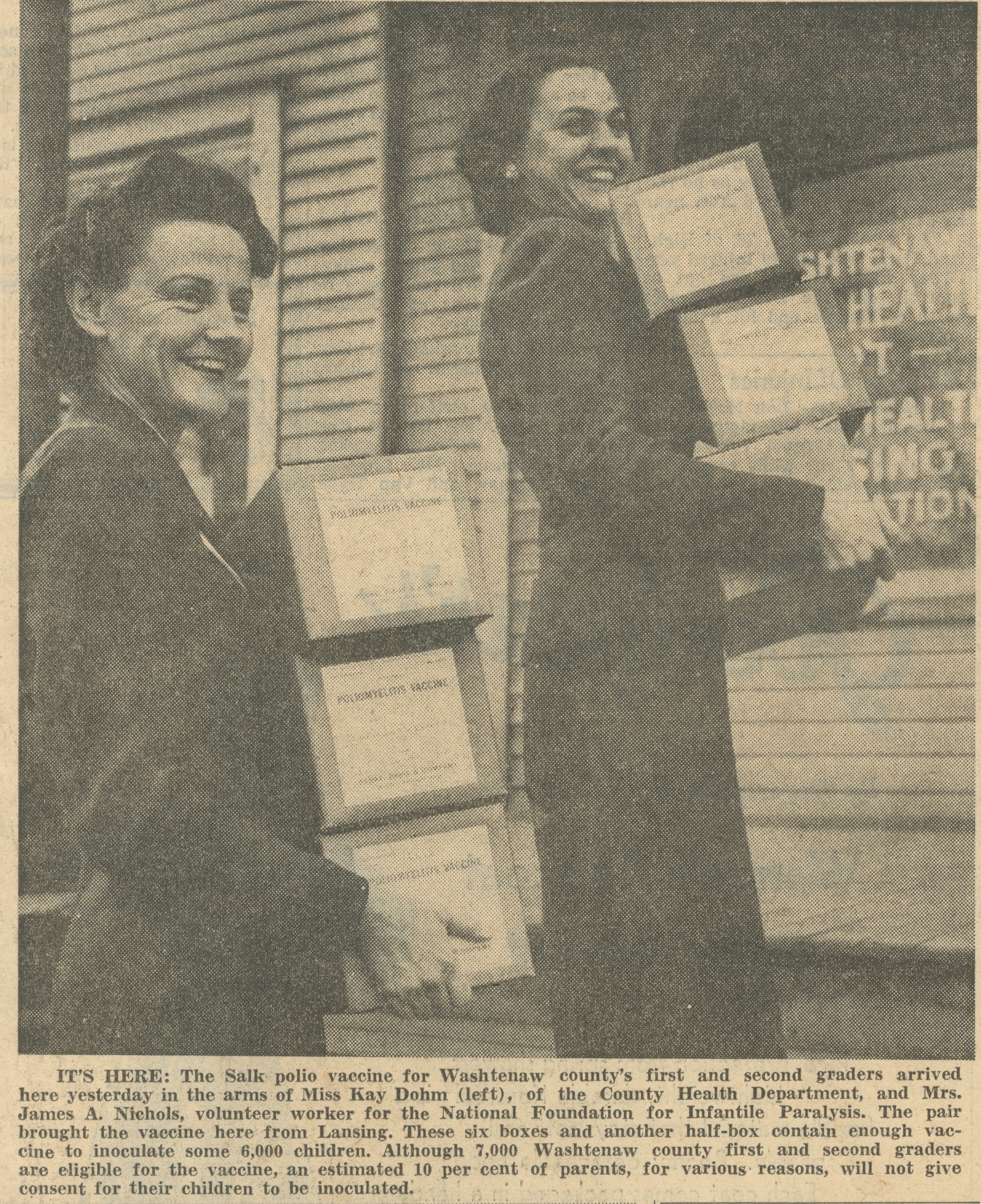