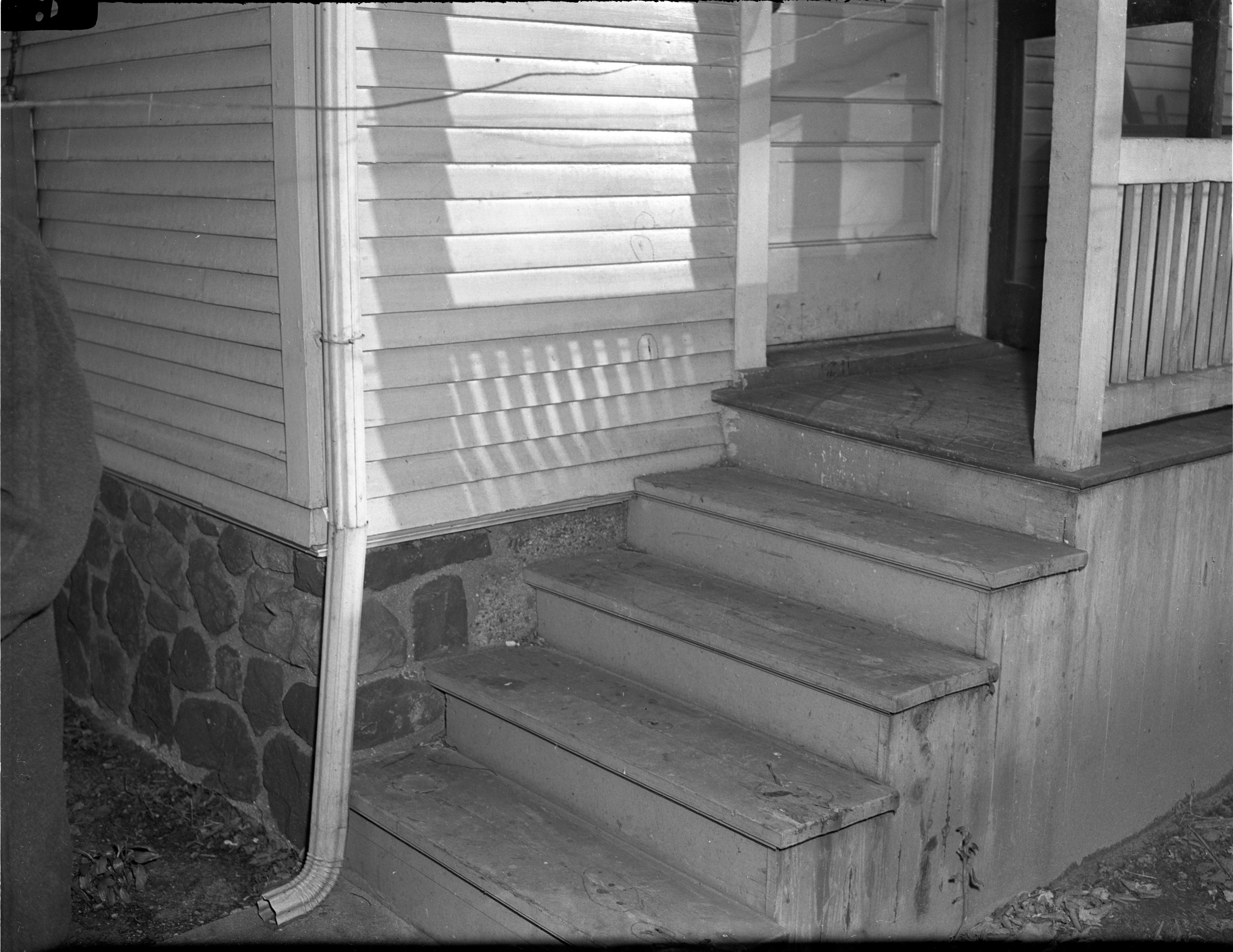 Published In
Ann Arbor News, November 20, 1943
Caption
INVESTIGATORS FOUND BLOODSTAINS HERE: City police, investigating the suspected murder sometime before midnight of Barry Rothstein, 13-year-old son of Mr. and Mrs. Samuel Rothstein, 939 Greenwood Ave., are investigating blood streaks and spots found at the home of Mr. and Mrs. Elbert Wall, 952 Greenwood Ave., across the street from Barry's home and next to 948 Greenwood Ave. where Barry's body was found shortly after 9 o'clock this morning. The large circle on the picture marks two streaks of blood which have streaks of something else, unidentified as yet, beside them. Other circles indicate blood spots where blood had dropped or spattered.
Copyright
Copyright Protected 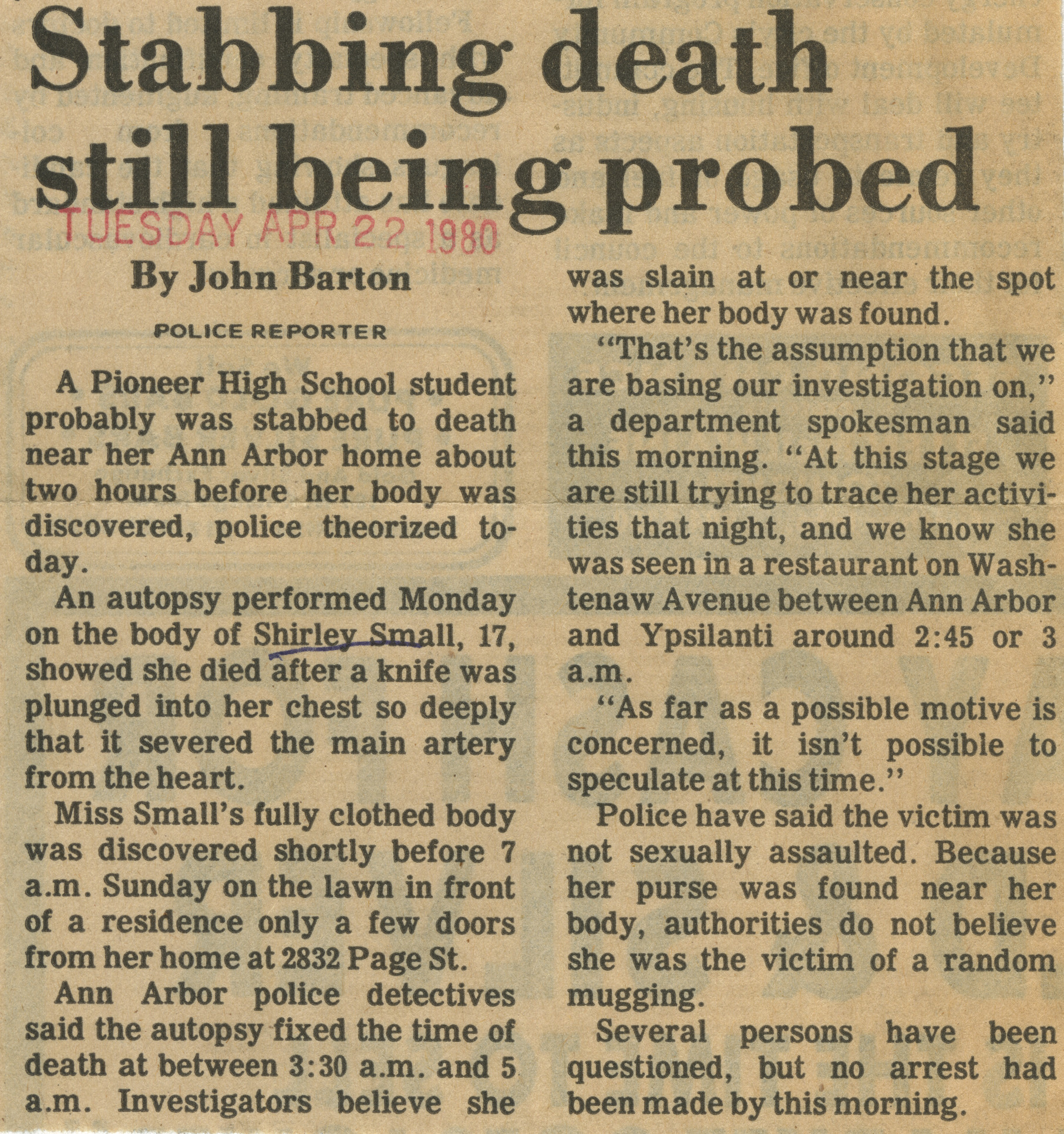 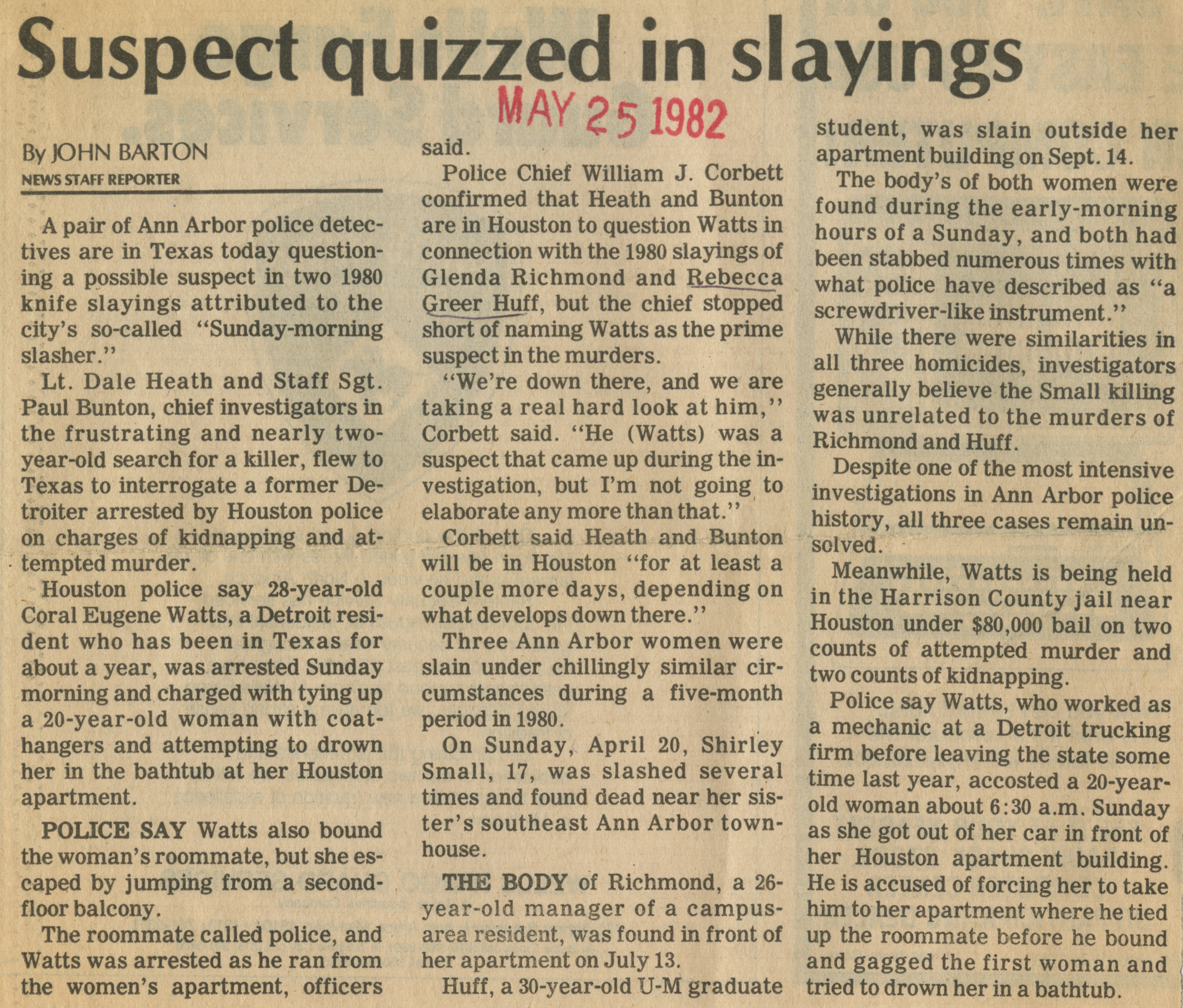 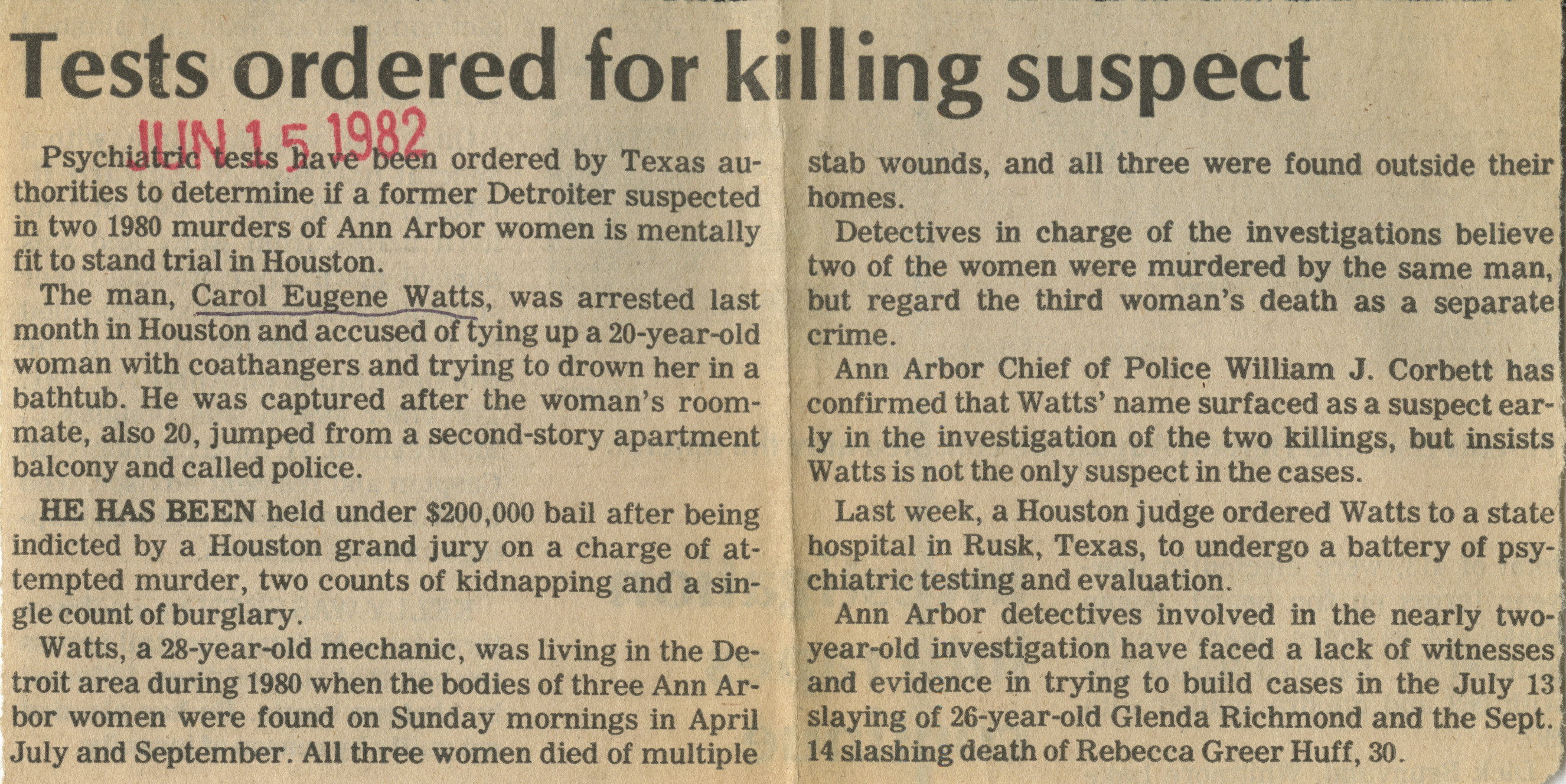