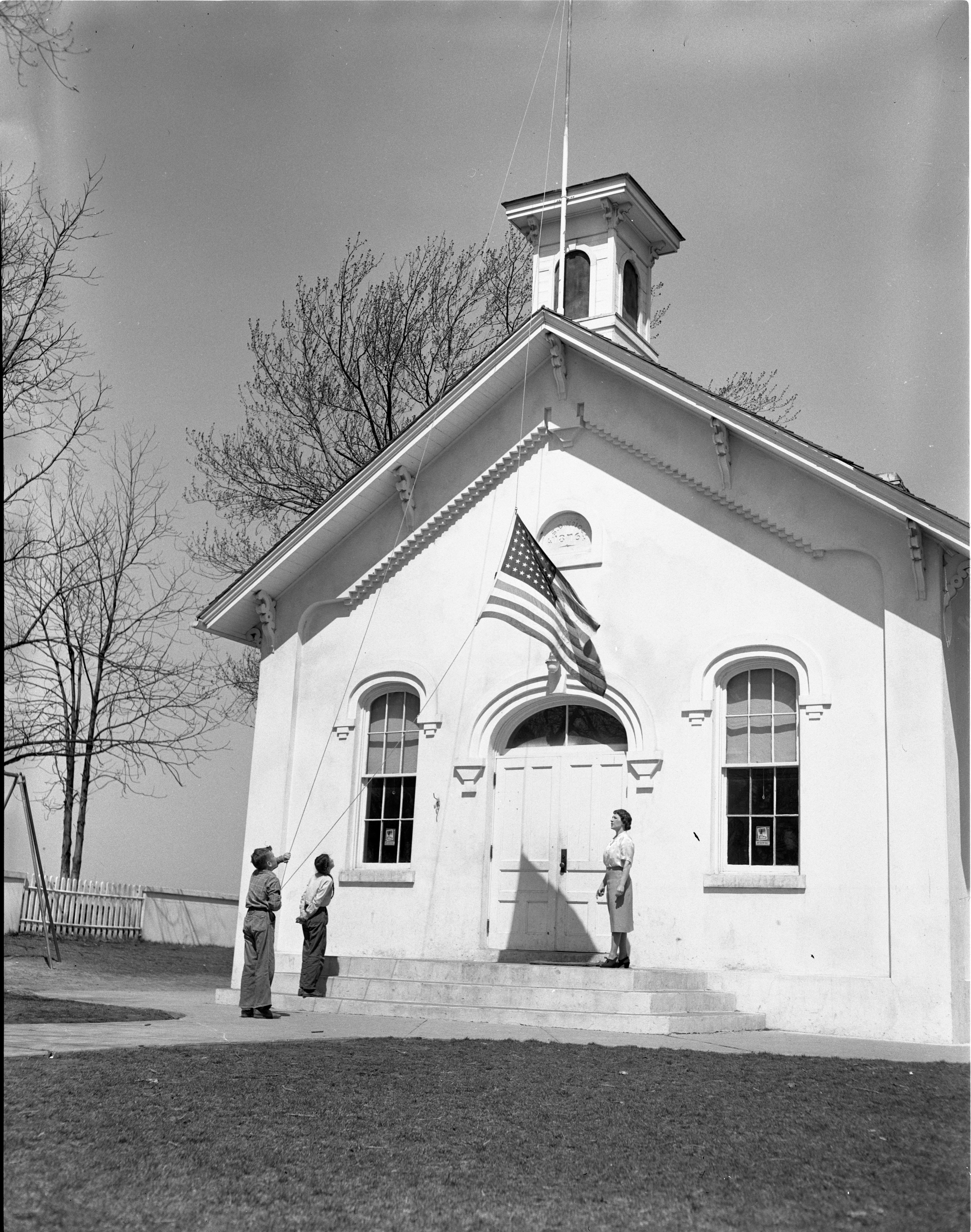 Published In
Ann Arbor News, May 1, 1949
Caption
Proper respect for the American flag is the subject for the first and last lessons of the day in all of Washtenaw county's country schools. Typical of this solemn and symbolic rite was the raising at the Cherry Hill school, near the Wayne-Washtenaw county line by the group shown above. While the teacher, Mrs. Jane W. West, watches approvingly, Harry West (left) and Elizabeth Gustine raise the school's flag before the morning session starts.
Copyright
Copyright Protected 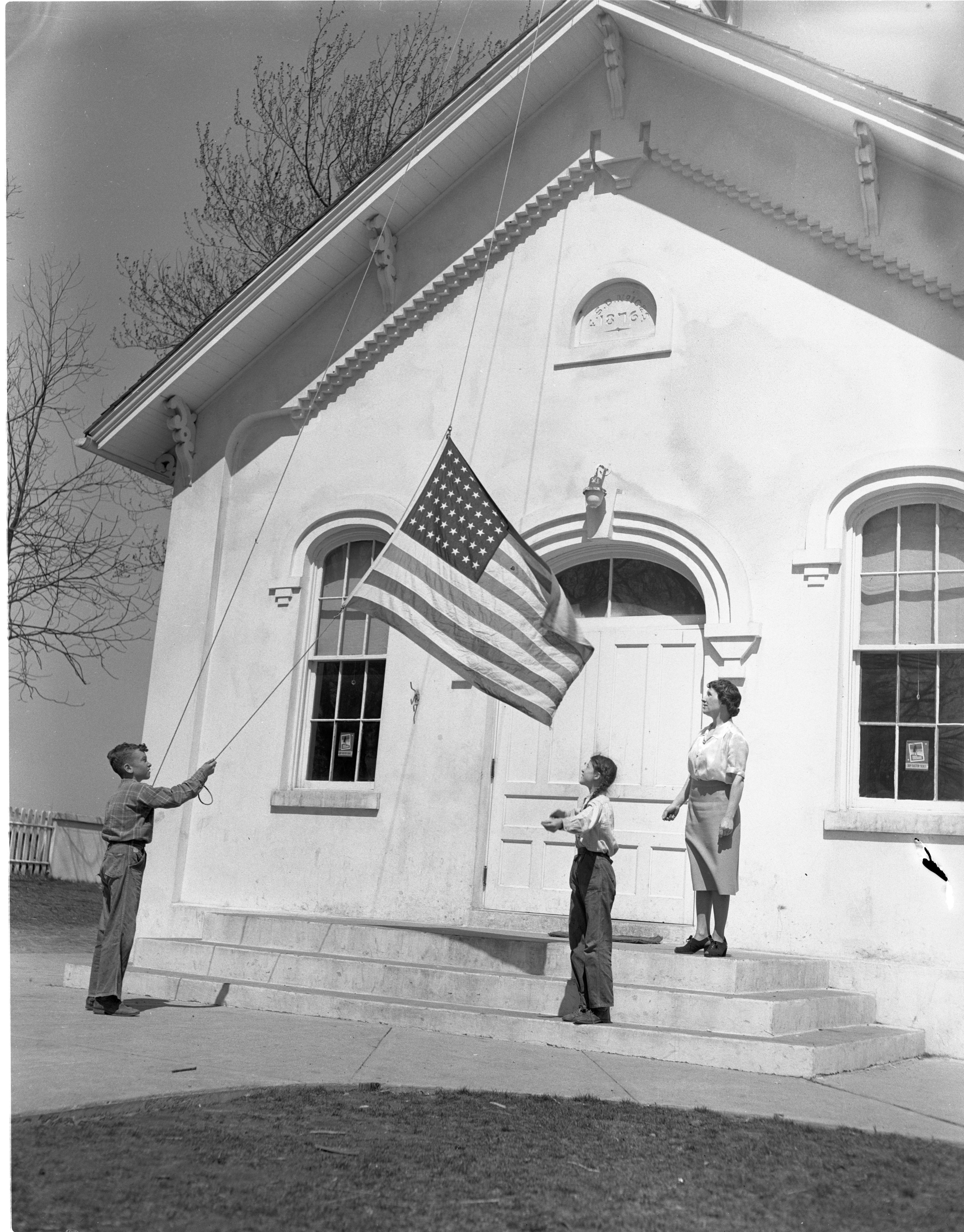 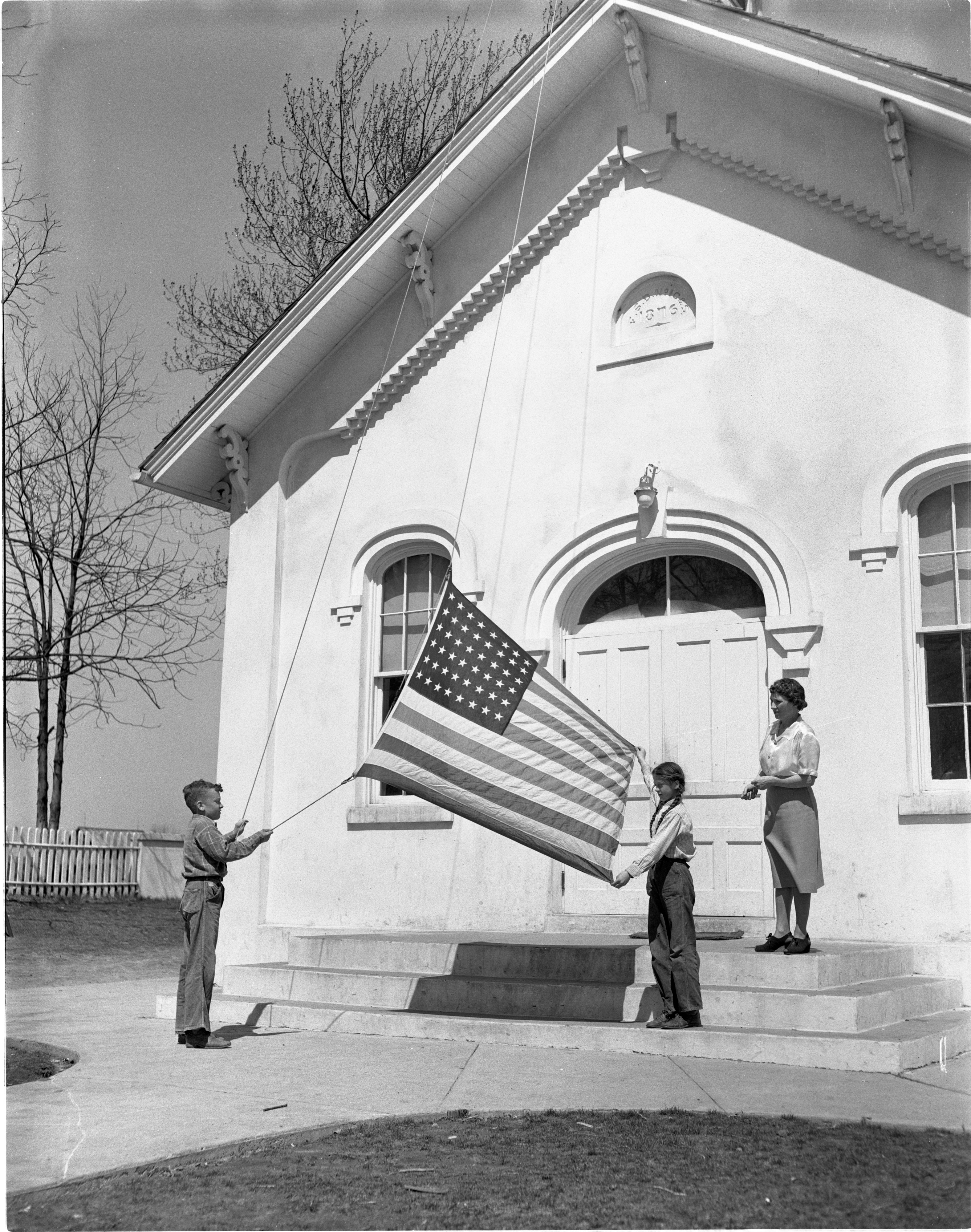 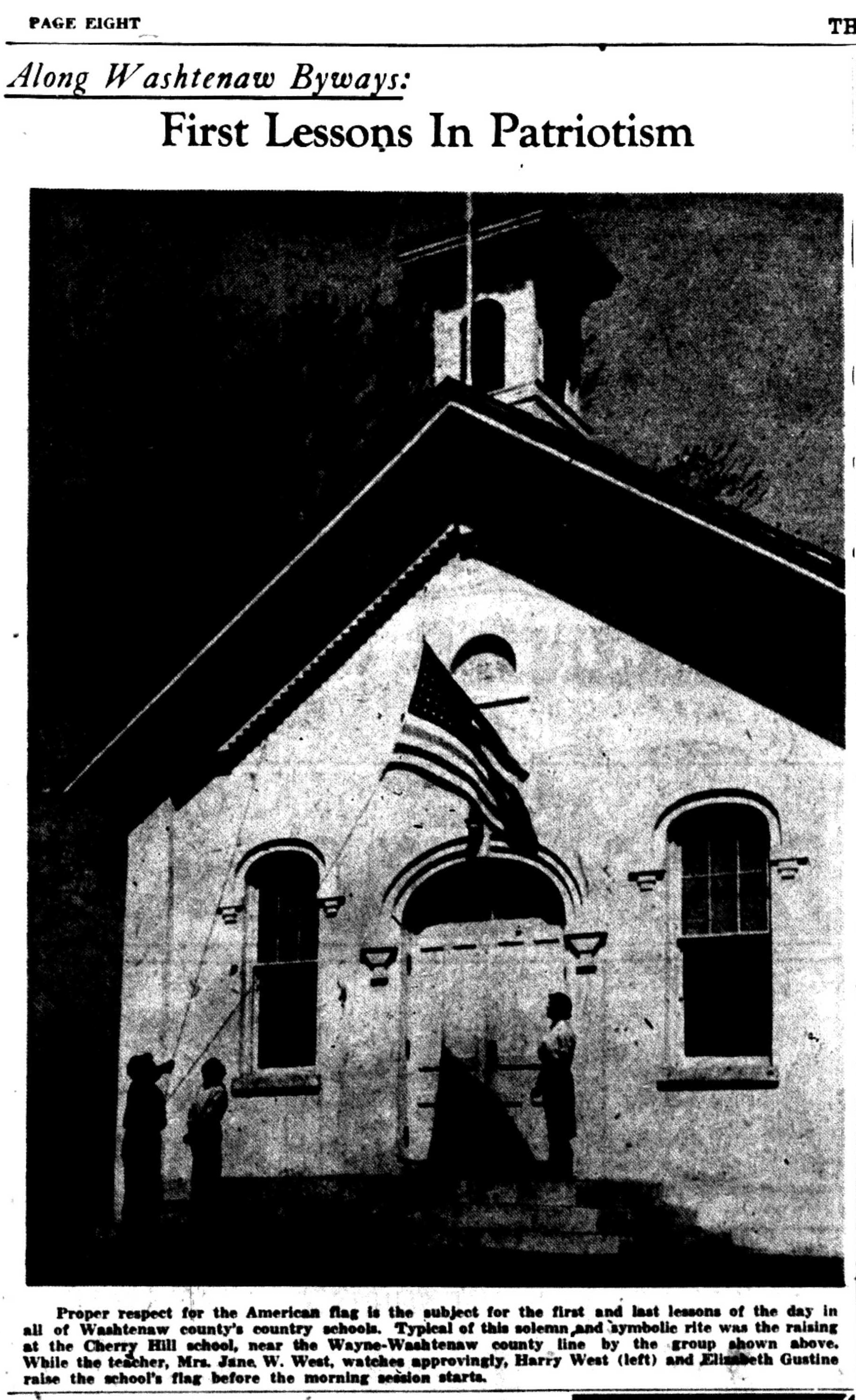 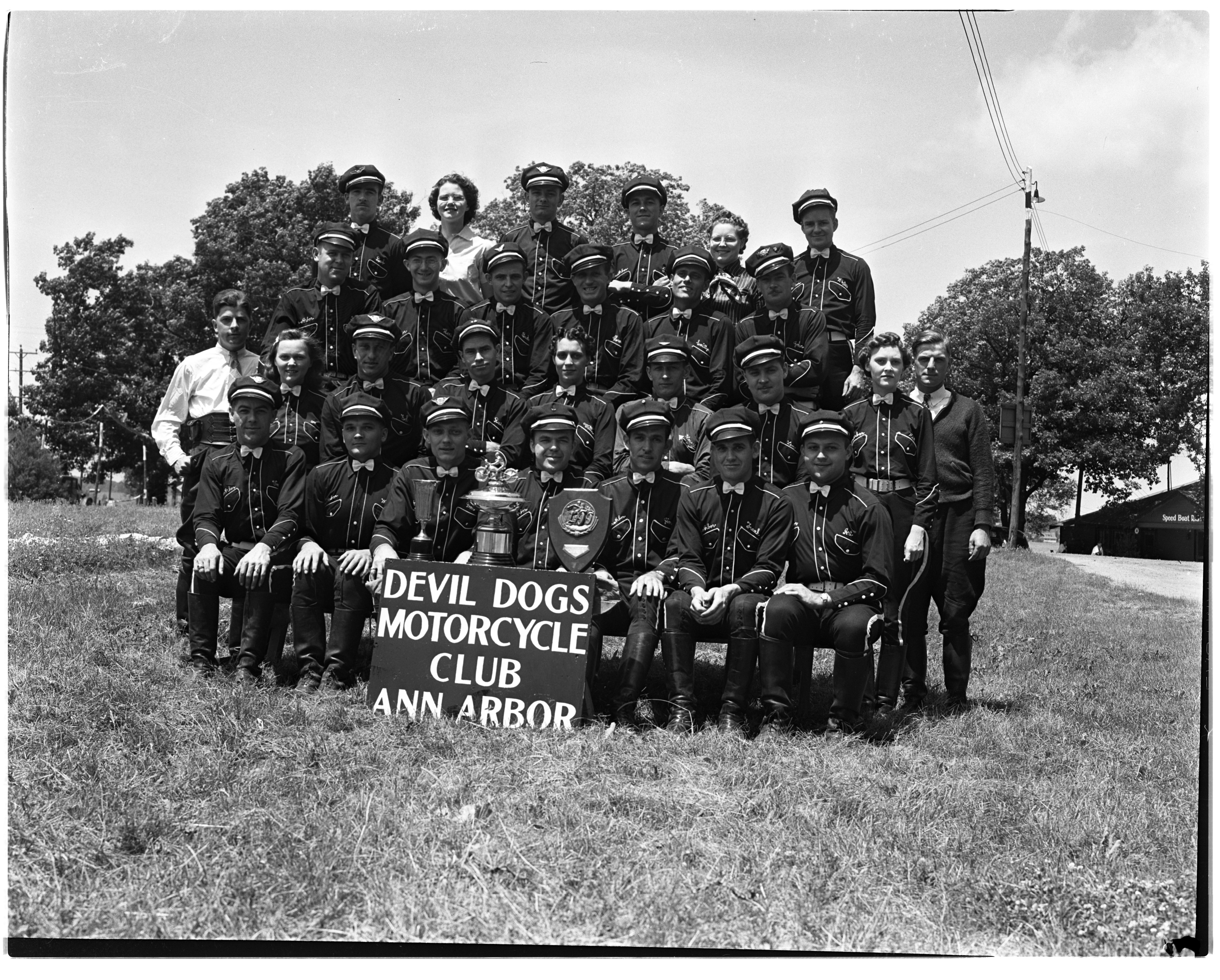