The 2019 Washtenaw Read Has Been Selected!

Reading with Patrick: the 2019 Washtenaw Read 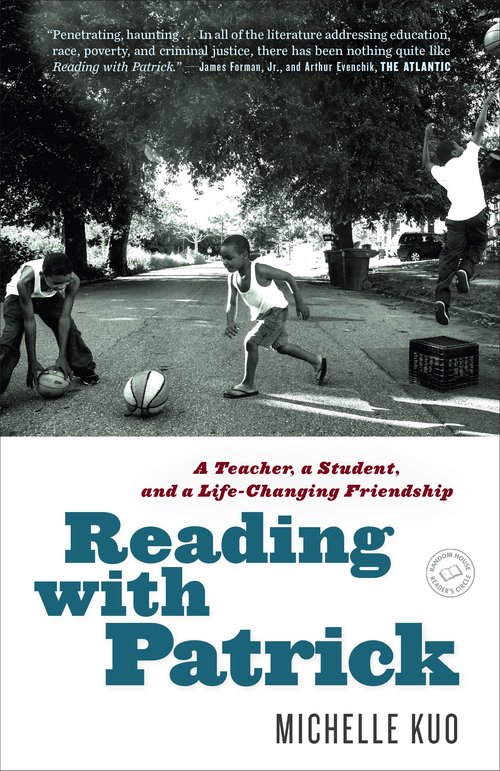 The 2019 Washtenaw Read is the non-fiction memoir Reading with Patrick: A Teacher, A Student, and Life-Changing Friendship by Michelle Kuo. This title was chosen from between the two finalists by a panel of distinguished judges from Ann Arbor, Chelsea, Dexter, Milan, Northfield Township, Saline, and Ypsilanti.

In the final months of 2018, copies of Reading with Patrick will be plentifully available at the library, and you will find a display with books at each of our five locations. Pick up a copy, give it a read, and join us for a full slate of events in the new year, including an author event with Michelle Kuo. (Check back for details about upcoming events as we add them.)

Drawing from the African American Cultural Humanities (AC) curriculum, Educator Victoria Shields leads a workshop for music and art lovers with discussion of the 2018 Washtenaw Read, Homegoing, by Yaa Gyasi. Shields examines the social and historical contexts presented in Homegoing using music — including a focus on how West Africa influenced American music — as well as visual art from the Detroit Institute of Art collection.

Shields is a doctoral student in the Eastern Michigan University Urban Education program focusing on curriculum development and programming. She conducts teacher training at state and national conferences and focuses on the development of Humanities and Social Science curriculum with the integration of music, dance and visual art.

This event is part of programming for the 2018 Washtenaw Read.

The 2018 Washtenaw Reads Title Has Been Selected!

After much deliberation, the book for the 2018 Washtenaw Reads program has been selected. A panel of community members from Ann Arbor, Chelsea, Dexter, Milan, Northfield Township, Saline and Ypsilanti voted on the winner from two finalist titles. Without further ado, this year's title is... 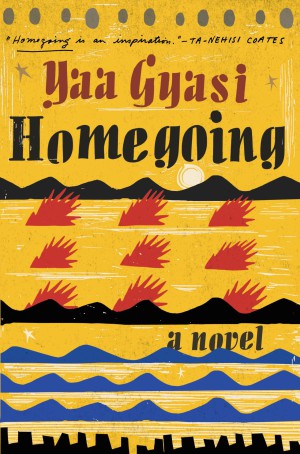 Homegoing follows the parallel paths of two half sisters, born into different villages in 18th century Ghana, and their descendants through eight generations: from the Gold Coast to the plantations of Mississippi, from the American Civil War to Jazz Age Harlem. The book has won many awards, including the PEN/ Hemingway Award, the NBCC’s John Leonard Award, New York Times Notable Book, Washington Post Notable Book and was named one of the best books of 2016 by NPR, Time, Oprah.com, Harper’s Bazaar, San Francisco Chronicle, Mother Jones, Esquire, Elle, Paste, Entertainment Weekly, the Skimm, Minneapolis Star Tribune, and BuzzFeed. One of the highlights of Washtenaw Reads each year is a visit from the author. Yaa Gyasi will appear in Ann Arbor on Tuesday, February 6 at 7:00 pm at Rackham Auditorium in a program entitled "Homegoing: A Conversation with Yaa Gyasi" - The 2018 Institute for the Humanities Jill S. Harris Memorial Lecture." The event includes a book signing and copies of the book will be for sale. Washtenaw Reads is a community initiative to promote reading and civic dialogue through the shared experience of reading and discussing a common book. Copies of Homegoing can be found at AADL and in libraries and bookstores throughout Washtenaw County. Keep an eye on the Washtenaw Reads website, wread.org, for more information on upcoming events, as well as reading and discussion resources.

The two finalist titles for the 2018 edition of Washtenaw Reads have been selected!

The Screening Committee met through the summer to read and discuss some of the top fiction and non-fiction titles of the last few years and to narrow down to two titles for the final selection committee to read. Without further ado, the nominees are:

Homegoing follows the parallel paths of two half sisters from different tribal villages in Ghana and their descendants through eight generations: from the Gold Coast to the plantations of Mississippi, from the American Civil War to Jazz Age Harlem. Yaa Gyasi’s extraordinary novel illuminates slavery’s troubled legacy both for those who were taken and those who stayed—and shows how the memory of captivity has been inscribed on the soul of our nation.

Thank You for Your Service, by David FInkel (Farrar, Straus and Giroux, 2013)

In Thank You for Your Service, Finkel follows a group of soldiers as they return home from the front lines in Baghdad and struggle to reintegrate—both into their family lives and into American society at large. He is with them in their most intimate, painful, and hopeful moments as they try to recover, and in doing so, he creates an indelible, essential portrait of what life after war is like—not just for these soldiers, but for their wives, widows, children, and friends, and for the professionals who are truly trying, and to a great degree failing, to undo the damage that has been done.

Both books are available at the library. You can leave your feedback about the two finalist titles on the Washtenaw Reads Finalist Page, and keep checking the WR site for the announcement of the selected read later this fall!

Thank You for Your Service

Participate in this year's Washtenaw Reads!

$2.00 a Day: Living on Almost Nothing in America is this year’s Washtenaw Reads book selection. Researched and written by Kathryn J. Edin and H. Luke Shaefer, the book details the lives of six different families who barely survive on less than $2.00 a day in various parts of the country. Eye-opening and alarming, the book also explains the laws behind the reasons that some people are forced to live on so little. The authors will speak at Rackham Auditorium on Tuesday, February 7 at 7:00p.m. The event includes time for questions and book signing.

The AADL is also hosting several more intimate discussions of the book. The first of these takes place on Wednesday, January 25 at 7:00 p.m. in the Downtown Library multipurpose room. The second will occur on Sunday, February 12 at 3:00 p.m. at Westgate Branch in the Westside Room. All are welcome to attend these guided discussions, with no registration required. Participants may want to bring a copy of the book—available at all AADL locations—to reference during the discussion.

Looking for resources about $2.00 a Day, including interviews with the authors and related reading? Visit the link here.

The Read has been Selected!

The votes are in, and a decision has been made! The official title for the 2017 Washtenaw Reads is $2.00 a Day: Living on Almost Nothing in America by Kathryn J. Edin and H. Luke Shaefer.

$2.00 a Day explores the deep poverty of families surviving on $2.00 or less per person per day—about 1.5 million households in America, including about 3 million children. Edin and Shaefer try to understand how and where these families live, and what happened to make them so desperately poor. You can learn more about the title on the Washtenaw Reads website.

Washtenaw Reads is a community initiative to promote reading and civic dialogue through the shared experience of reading and discussing a common book. A panel of community members from Ann Arbor, Chelsea, Dexter, Milan, Northfield Township, Saline, and Ypsilanti chose this book from two finalist titles.

The Read will take place in January and February 2017, and will include book discussions and related events. Both authors will appear at the Washtenaw Reads author event, to be scheduled for February 2017 in Ann Arbor.

$2.00 A Day: Living on Almost Nothing in America