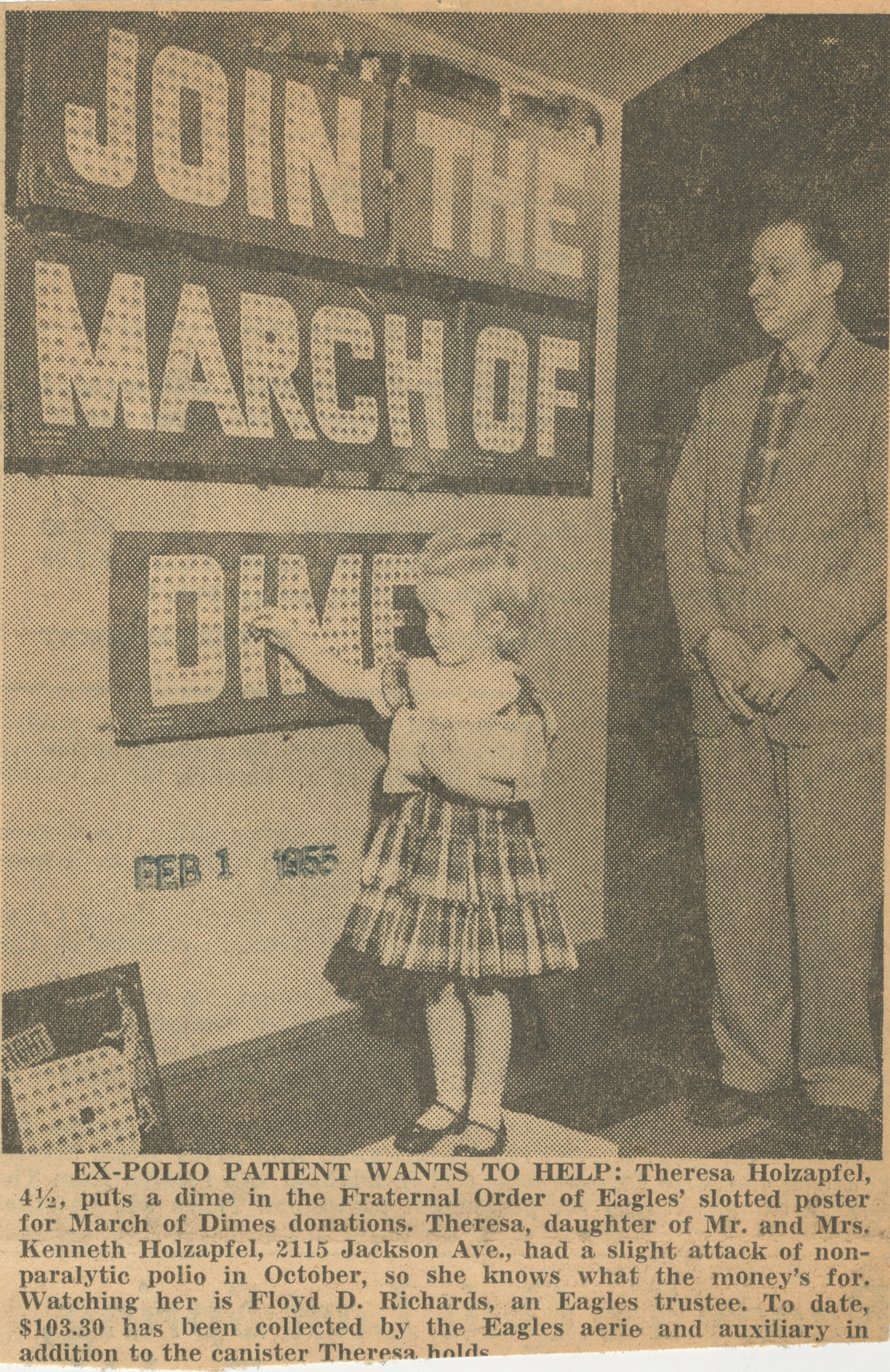 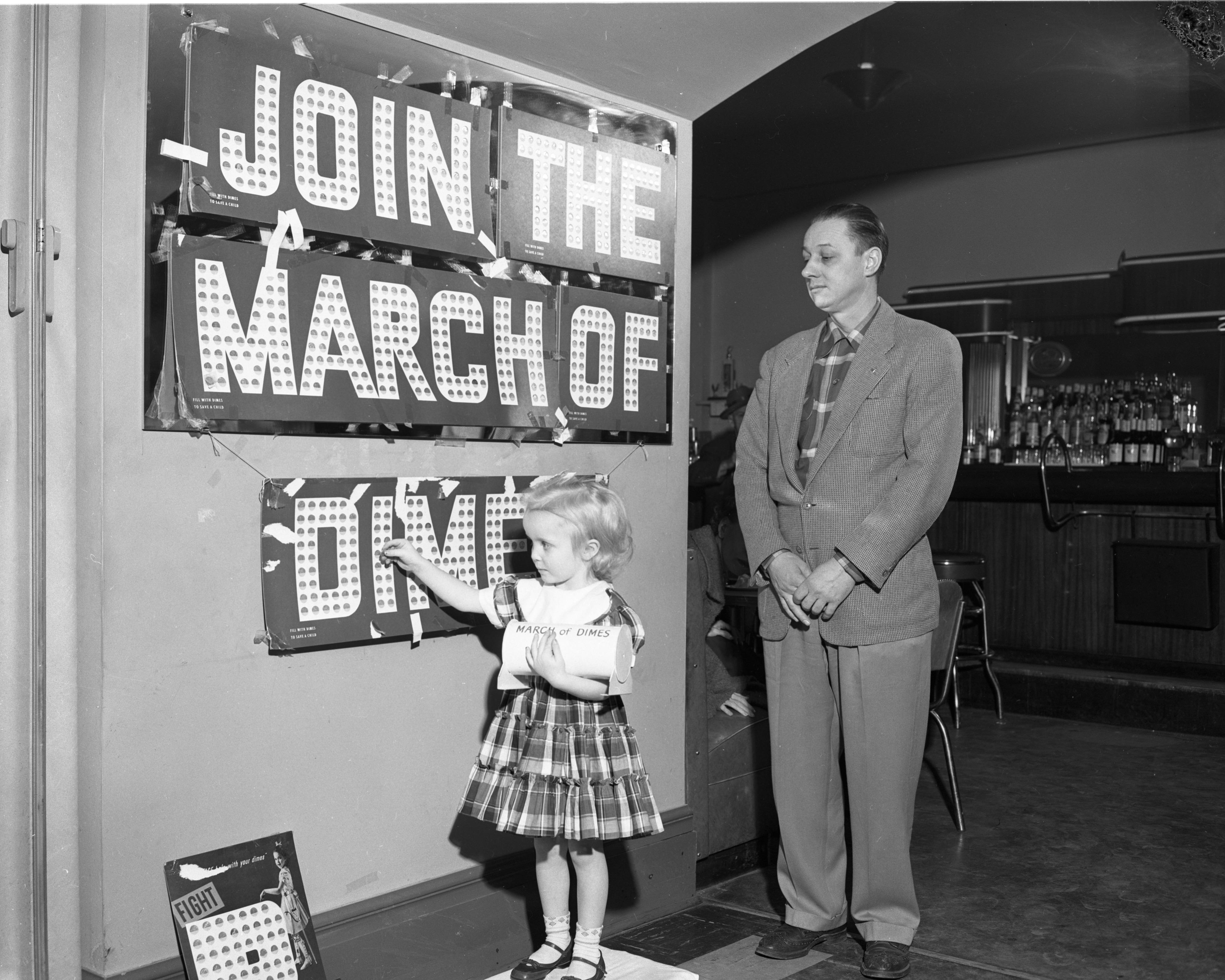 Published In
Ann Arbor News, February 1, 1955
Caption
Ex-Polio Patient Wants To Help: Theresa Holzapfel, 4 1/2, puts a dime in the Fraternal Order of Eagles' slotted poster for March of Dimes donations. Theresa, daughter of Mr. and Mrs. Kenneth Holzapfel, 2115 Jackson Ave., had a slight attack of non-paralytic polio in October, so she knows what the money's for. Watching her is Floyd D. Richards, an Eagles trustee. To date, $103.30 has been collected by the Eagles aerie and auxiliary in addition to the canister Theresa holds.
Copyright
Copyright Protected
Subscribe to Theresa Holzapfel