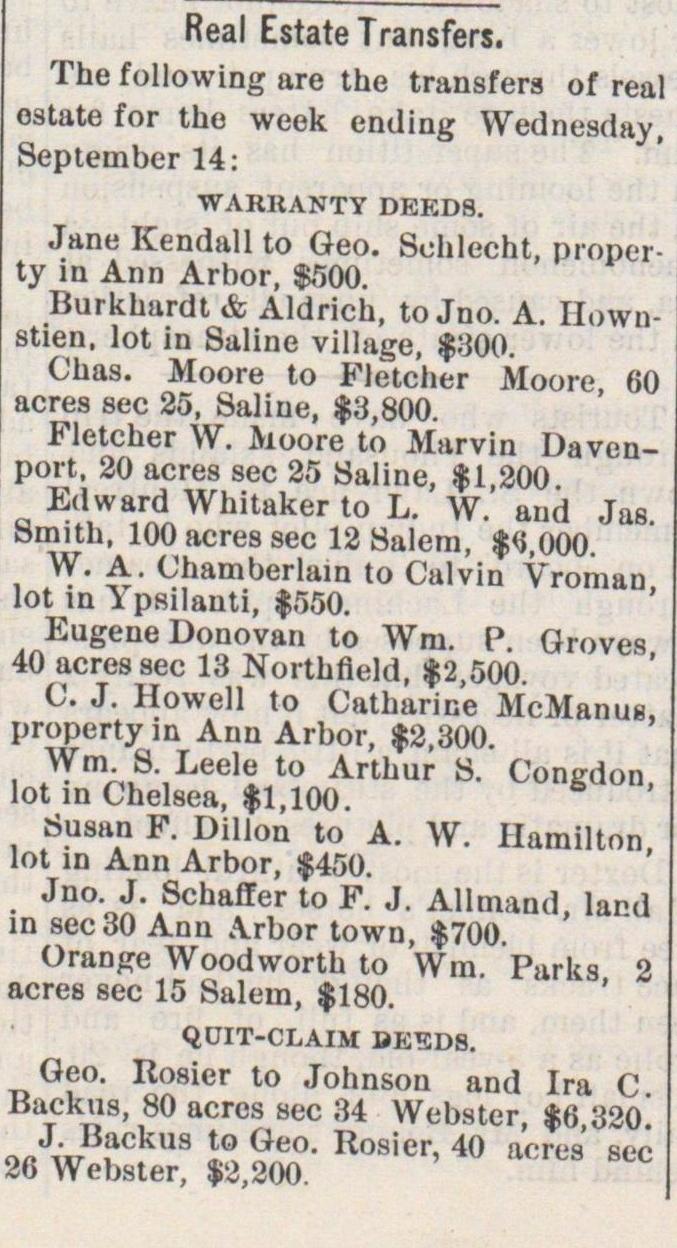 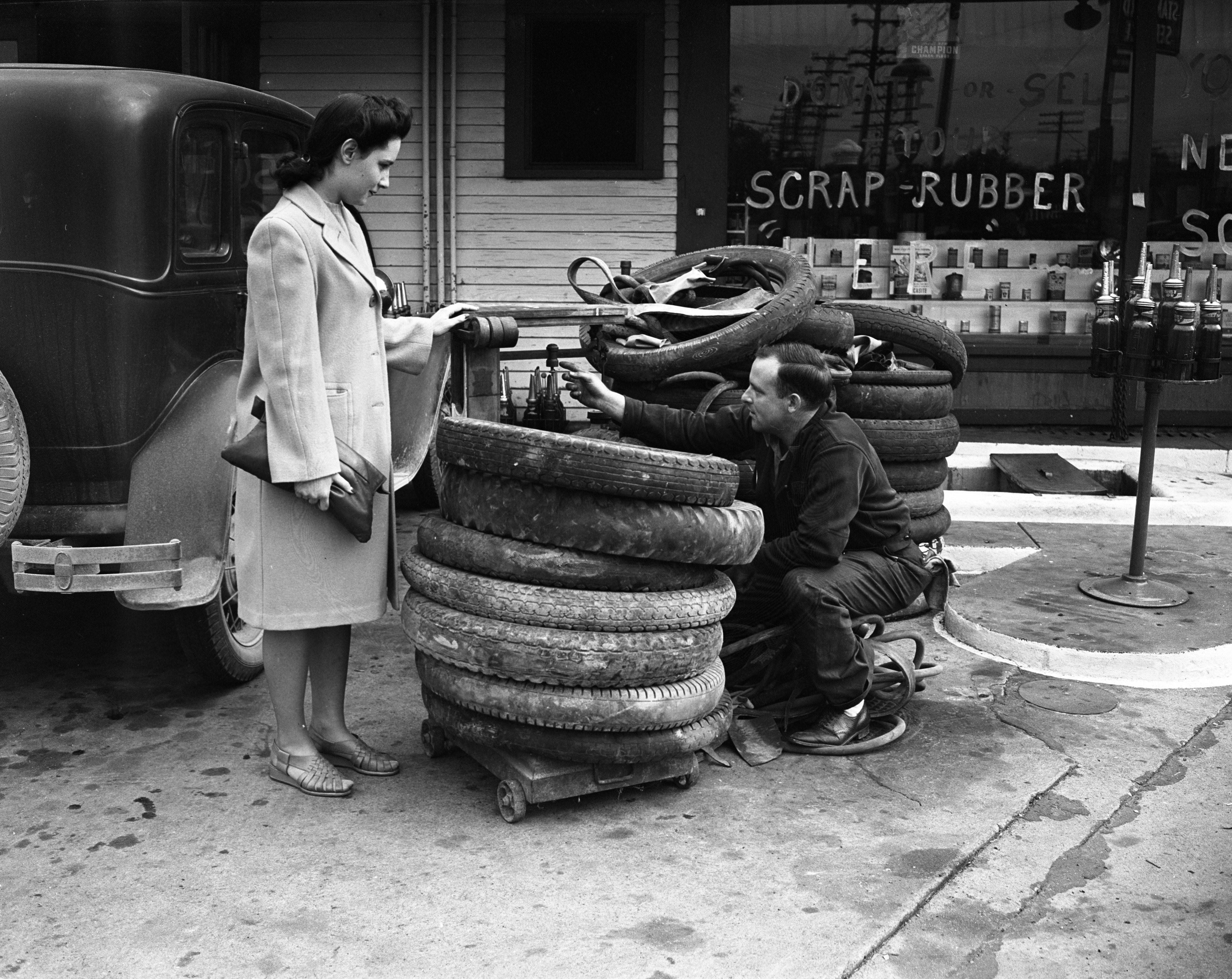 Published In
Ann Arbor News, June 16, 1942
Caption
RUBBER POURS INTO GAS STATIONS: Miss Mary V. Meyers, 1113, Lutz Ave., stopped at Hunter's gas station, W. Liberty and S. First Sts., this morning to watch Attendant Harold Harris weigh up some of the first contributions in the current drive to collect scrap rubber. This service station was lucky enough to be able to borrow a scale, something managers of all stations in the city which are collecting rubber would like to be able to do. The scale on which Mr. Harris is weighing the pile of old tires was loaned by James Smith, a farmer living on Pontiac Trail.
Copyright
Copyright Protected

Volunteers Board Township Fire Truck On The Run 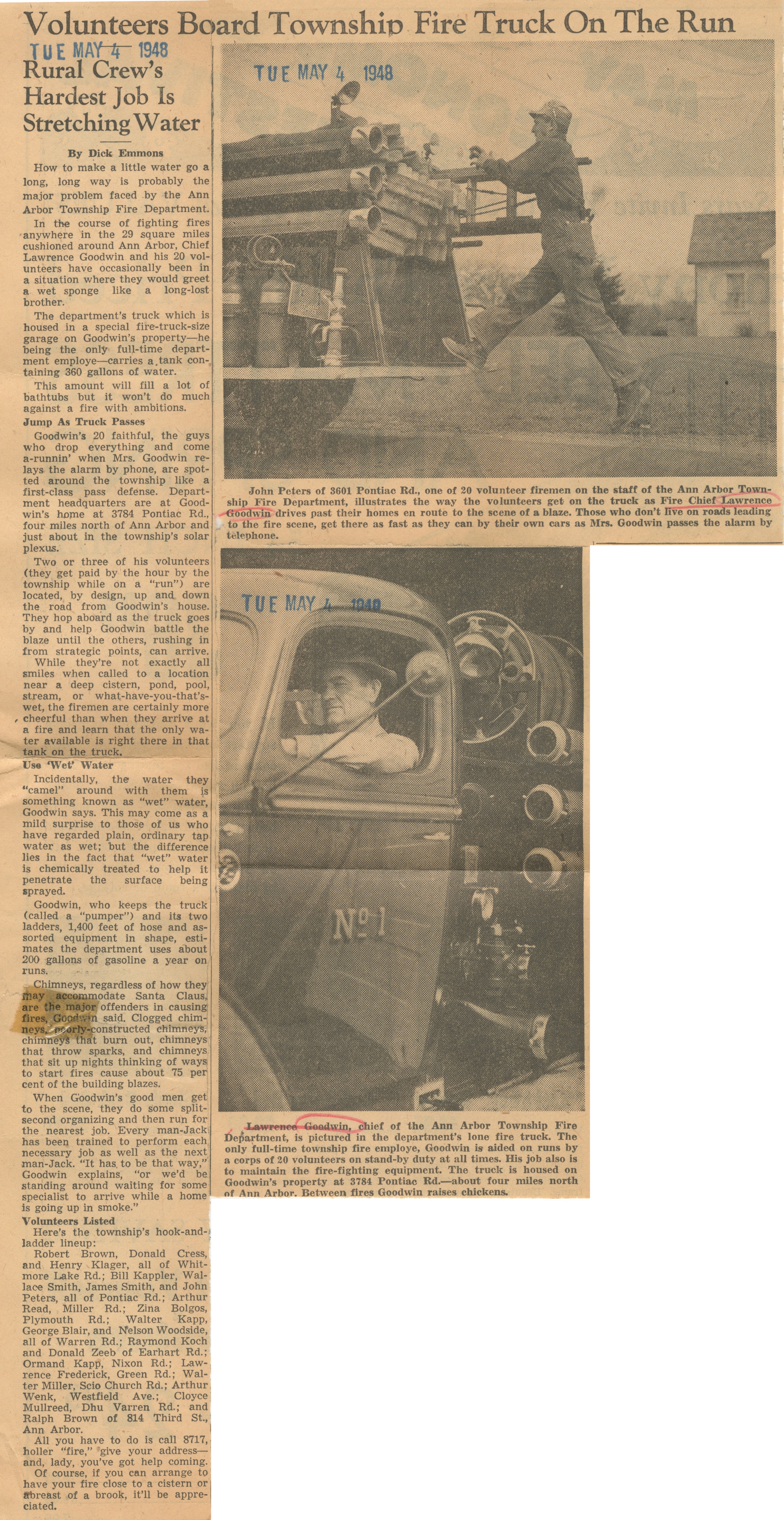 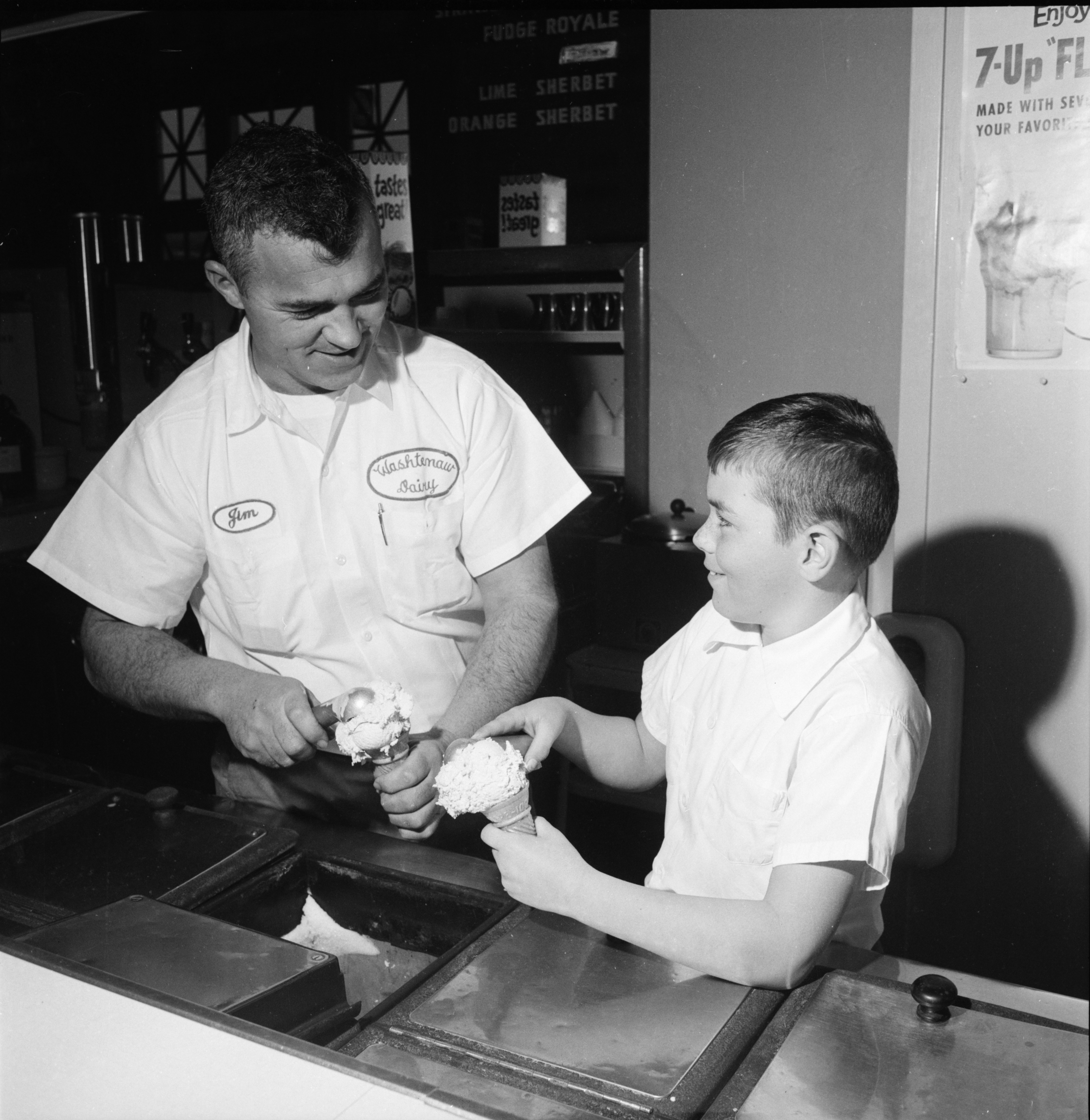 Published In
Ann Arbor News, February 3, 1962
Caption
Doing What Daddy Does: Jim Smith of 2726 Hampshire Rd., a long-time employee of a local dairy stores, gives an expert ice cream eater, his son, Jim, jr., a lesson in the fine art of mounting a scoop of ice cream on a cone. The younger Smith is nine and a fourth grader at John Allen School.
Copyright
Copyright Protected

To Be Installed As Grotto Head

Zal Gaz Officers To Be Installed