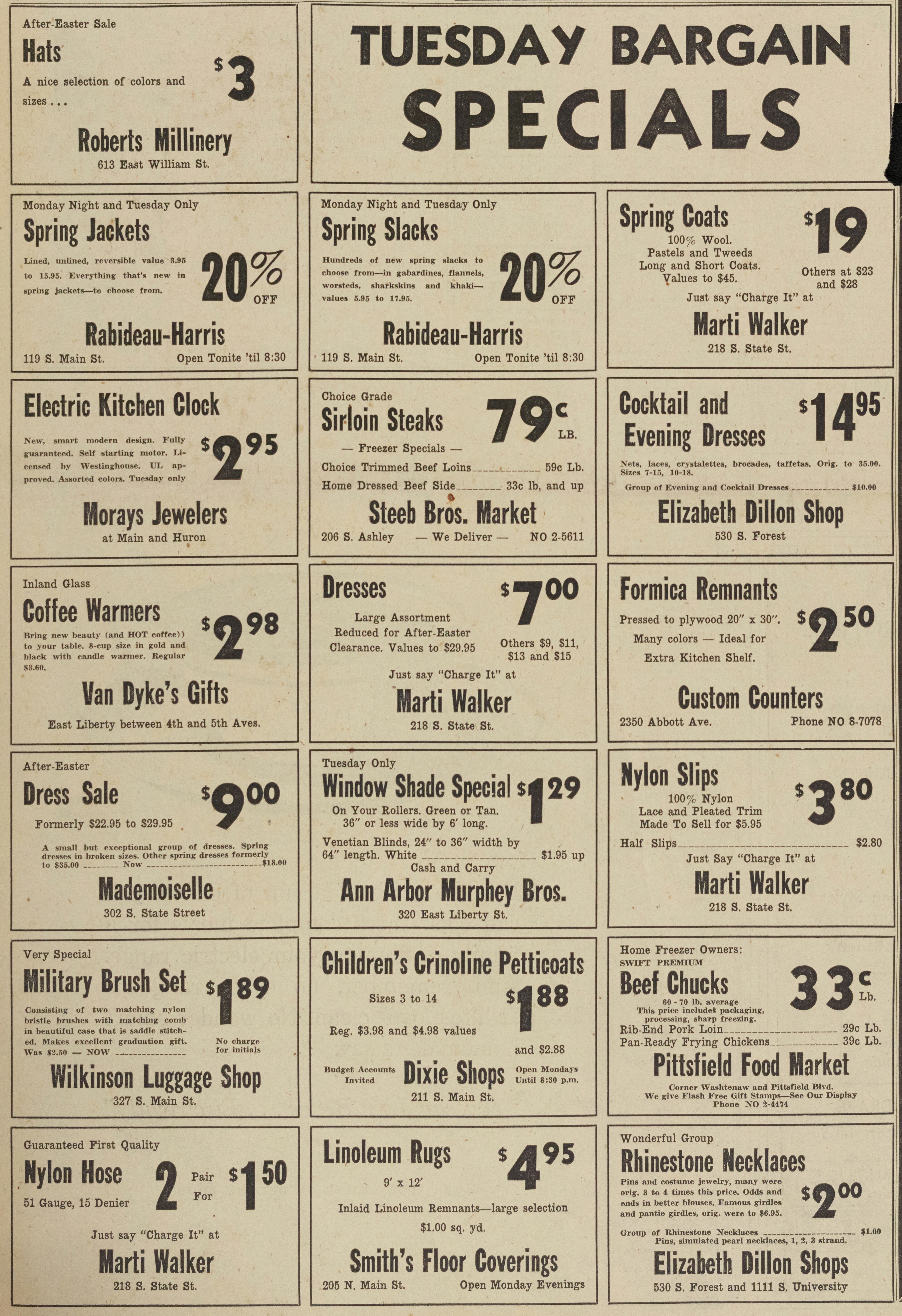 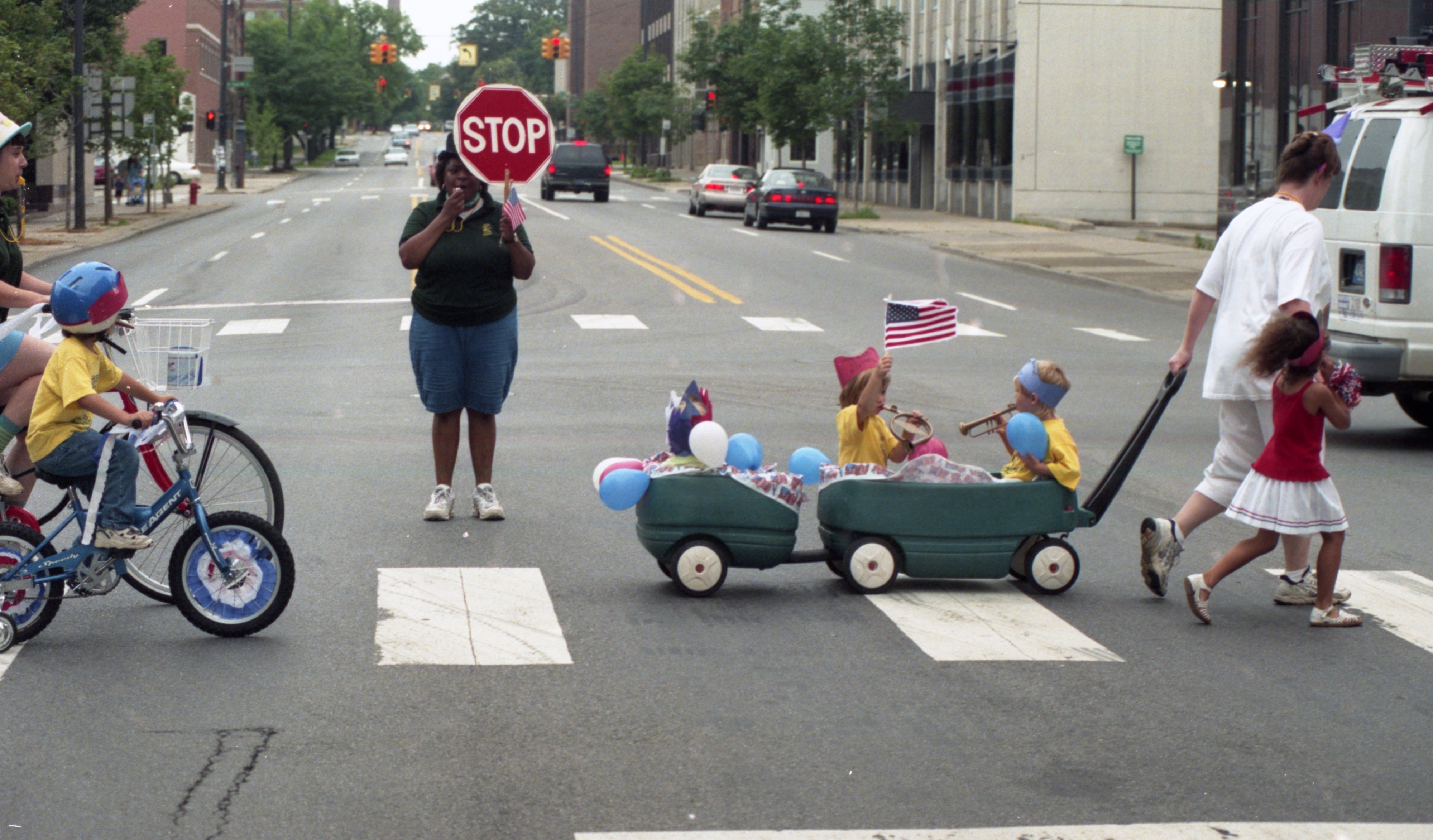 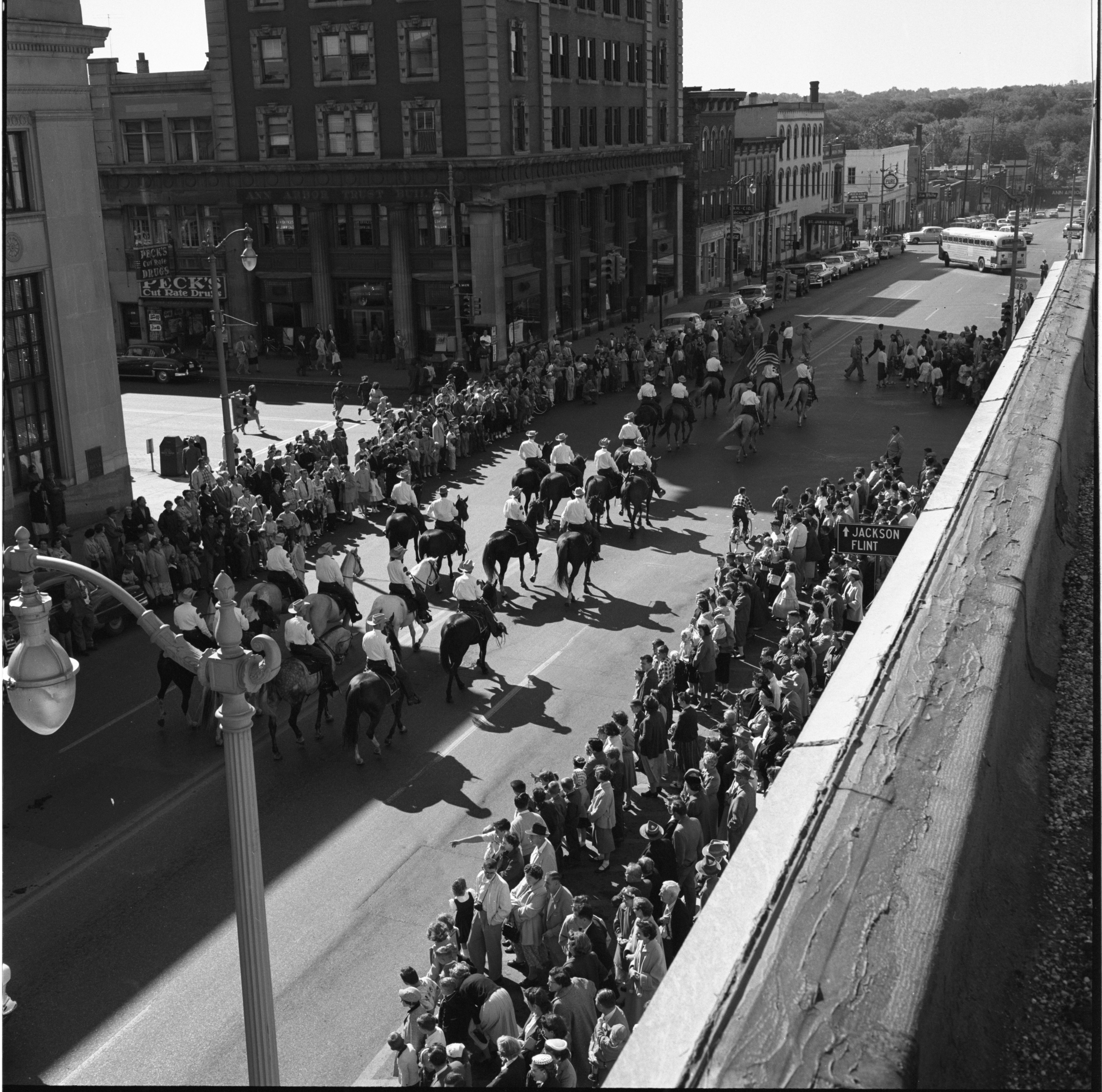 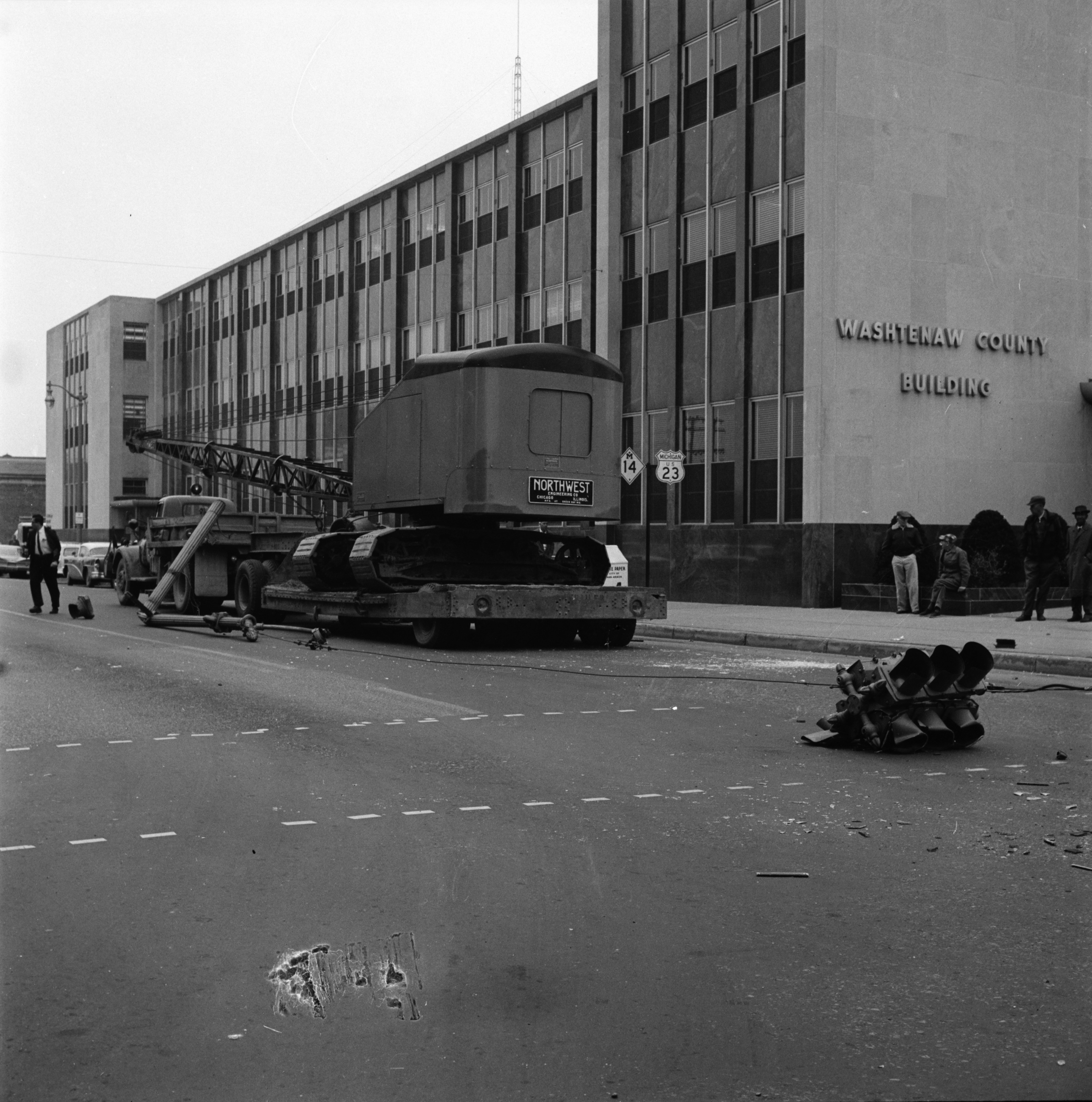 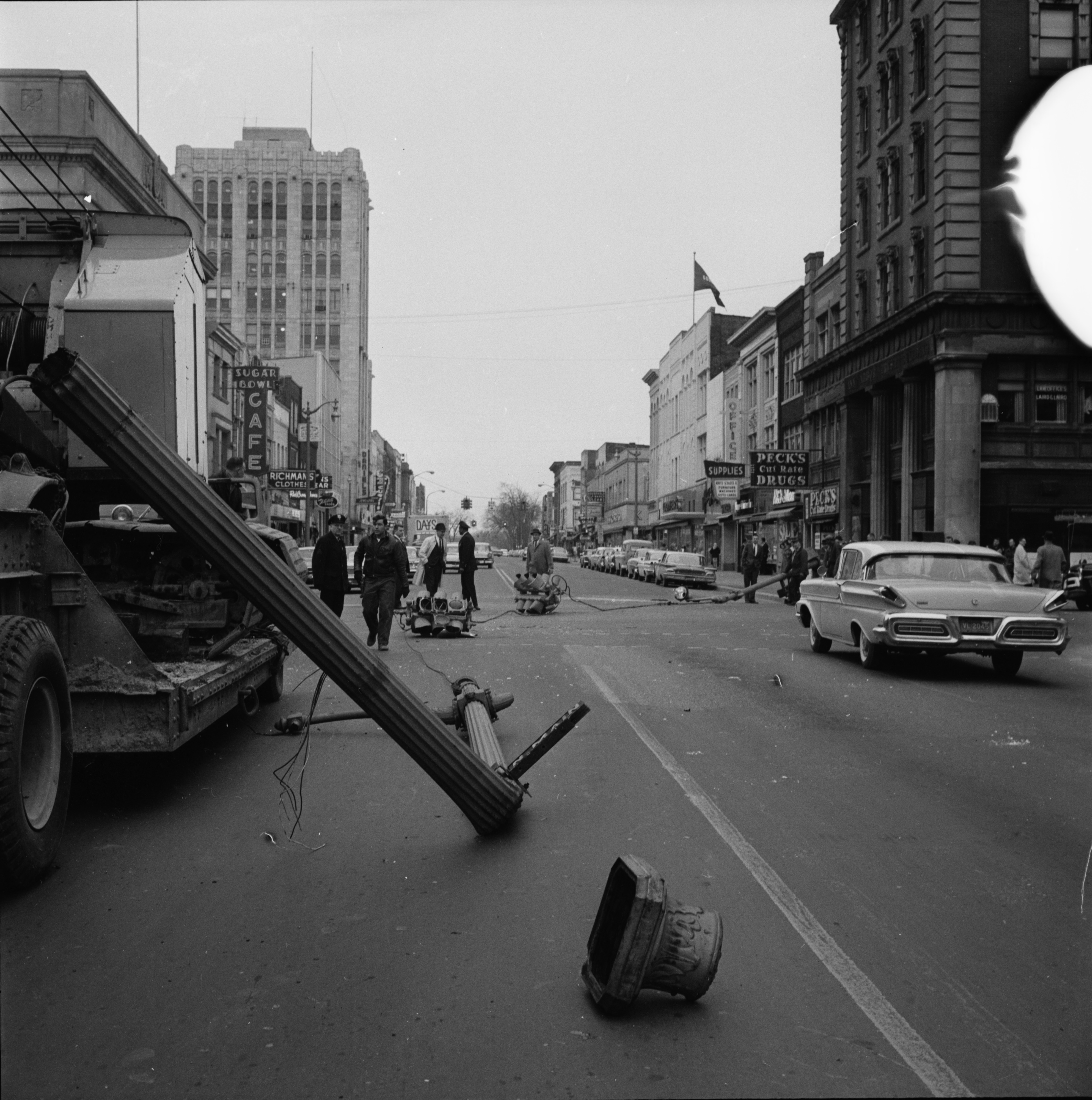 Published In
Ann Arbor News, April 12, 1961
Caption
AFTER POLES CAME DOWN: This was the general scene at Main and Huron Sts. in downtown Ann Arbor this morning after a construction crane pulled two utility poles down in the busy intersection.
Copyright
Copyright Protected 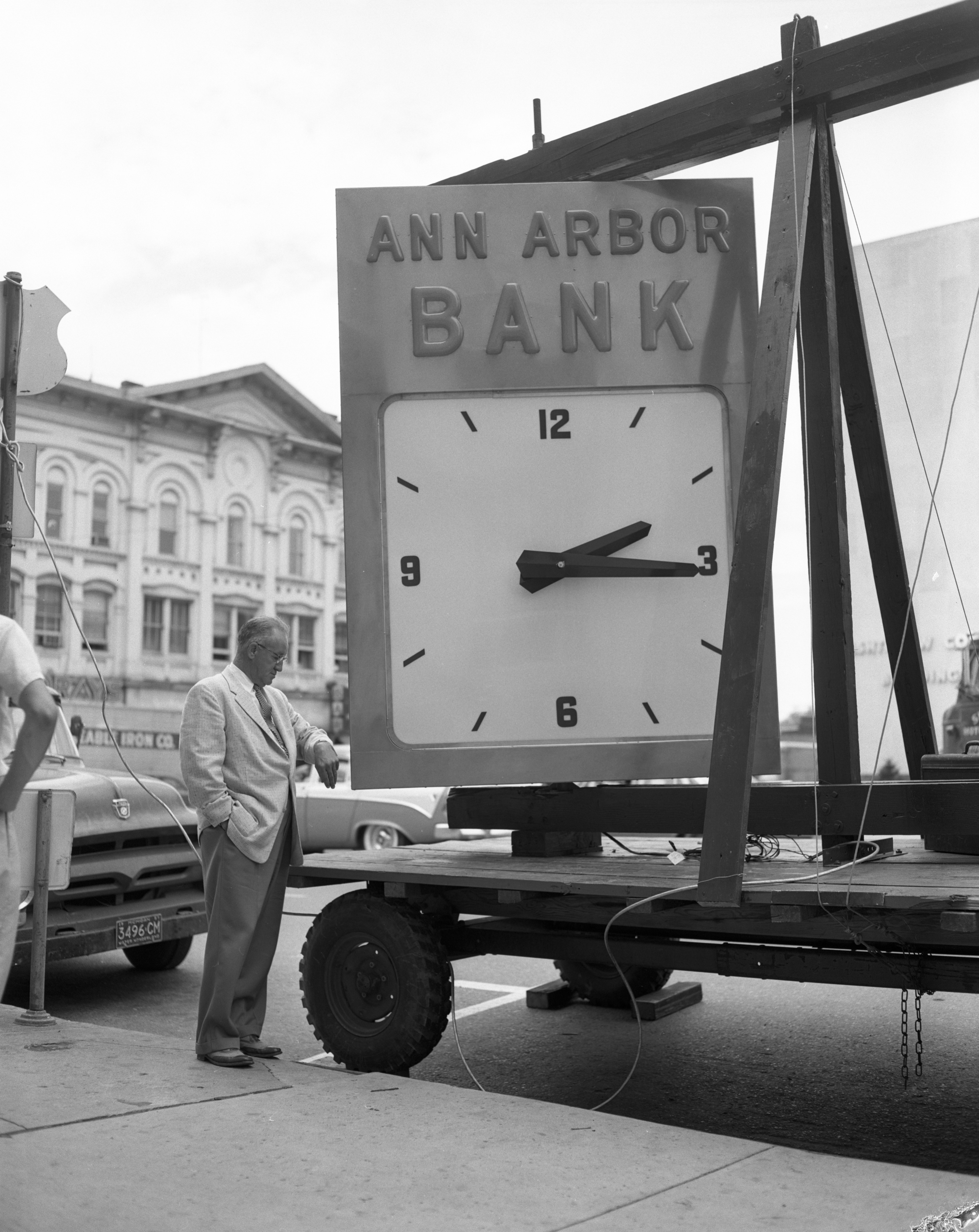 Published In
Ann Arbor News, July 9, 1957
Caption
MODERN LANDMARK: This stainless steel clock -- 7 feet high and weighing more than a ton -- soon will be installed at the Ann Arbor Bank at Main and Huron Sts. It revolves on an axis, making it a timepiece for shoppers on both streets. The new clock will be illuminated at night by 160 feet of neon tubing. Here, A. C. Freeman, who delivered the timepiece, compares the size of his watch with the clock.
Copyright
Copyright Protected

Rain and slush on Main and Huron Sts, January 1959 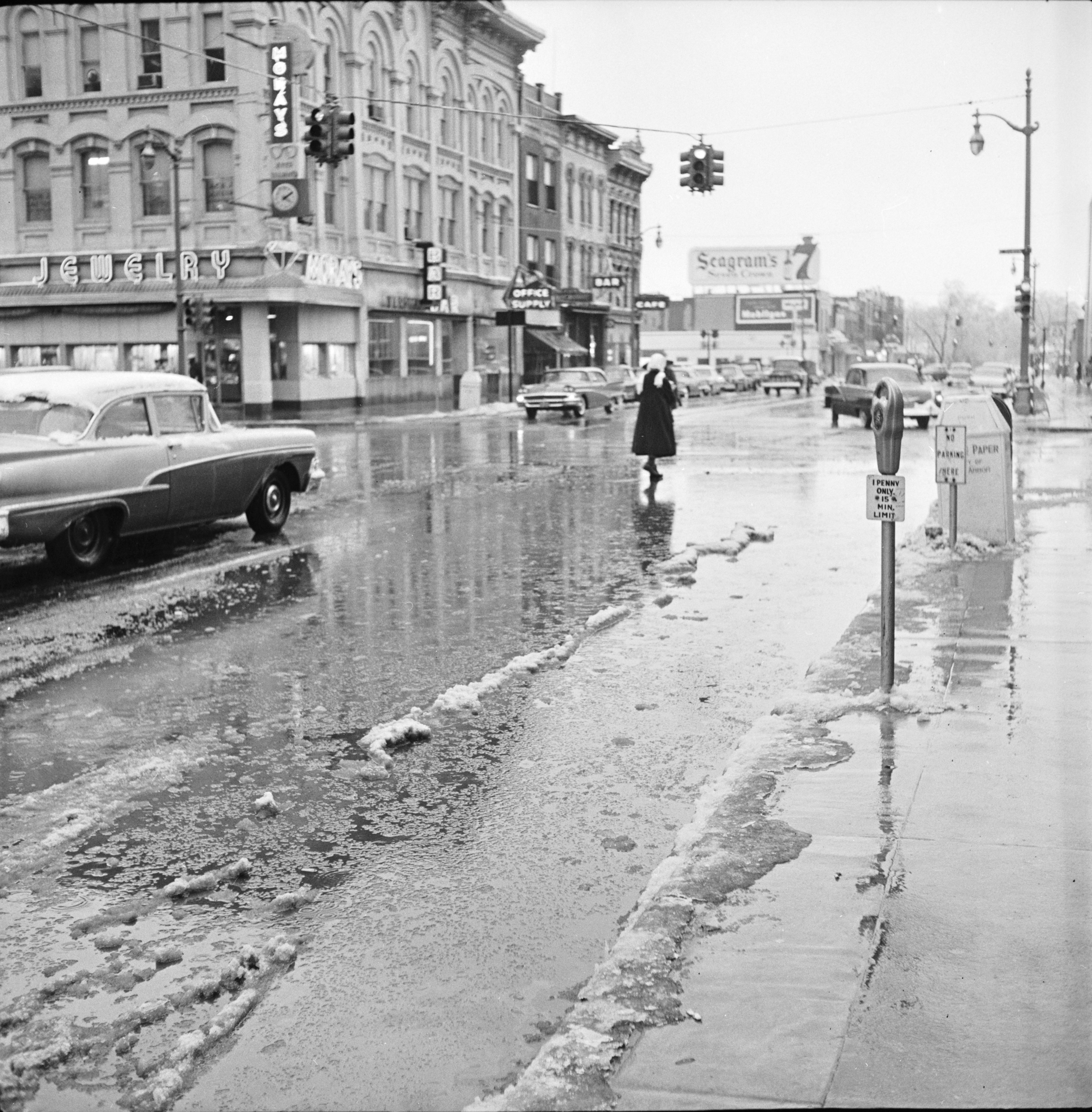 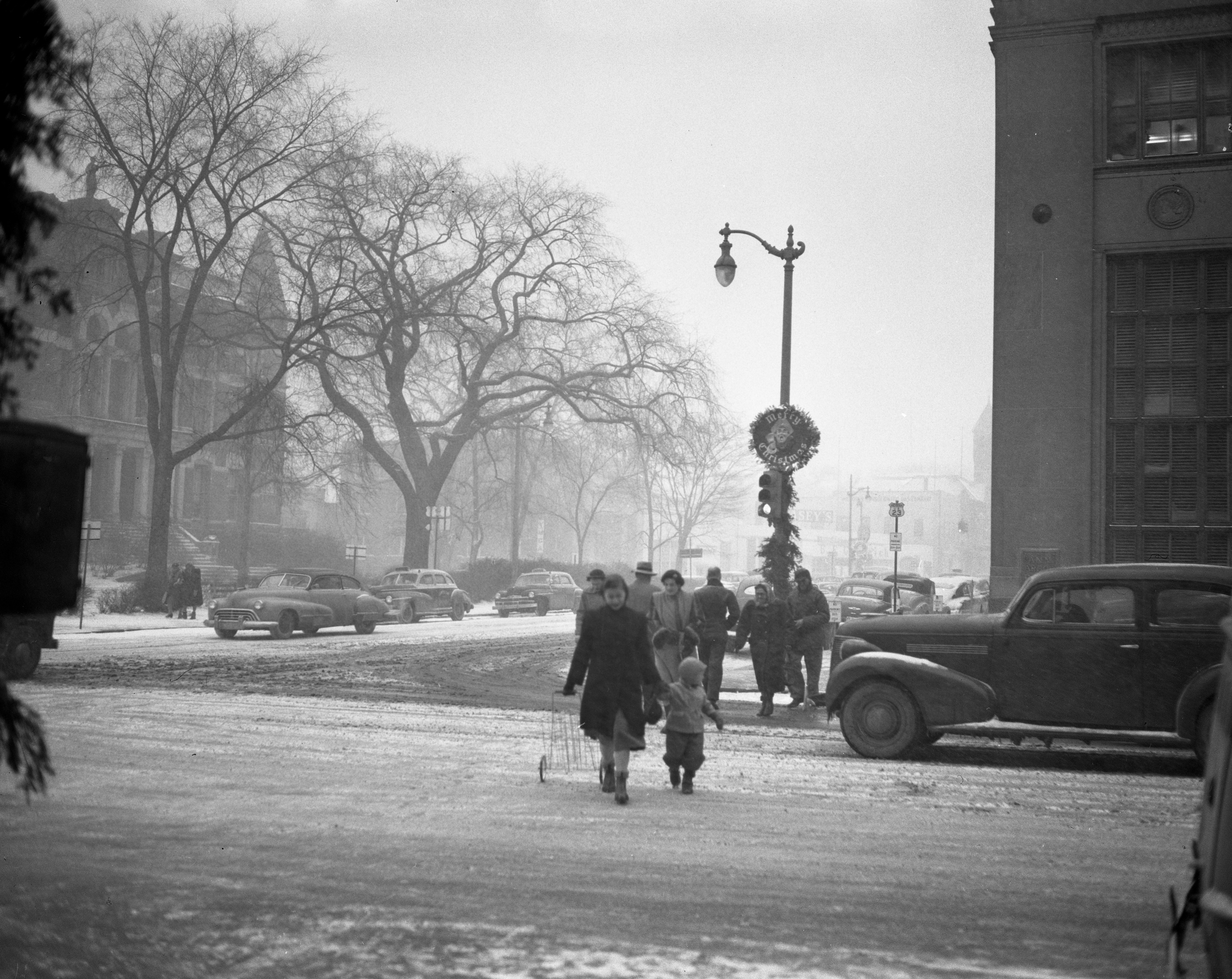 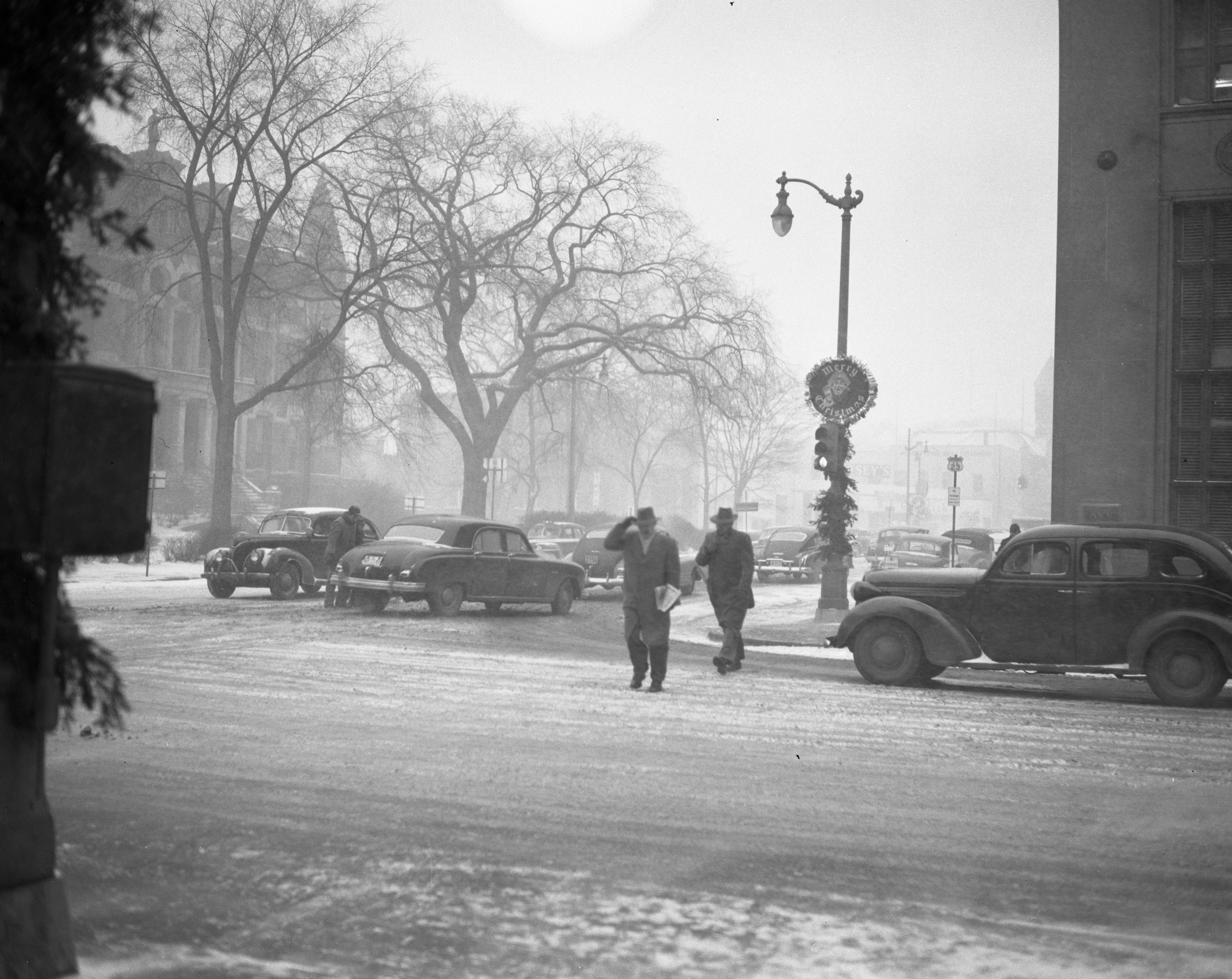 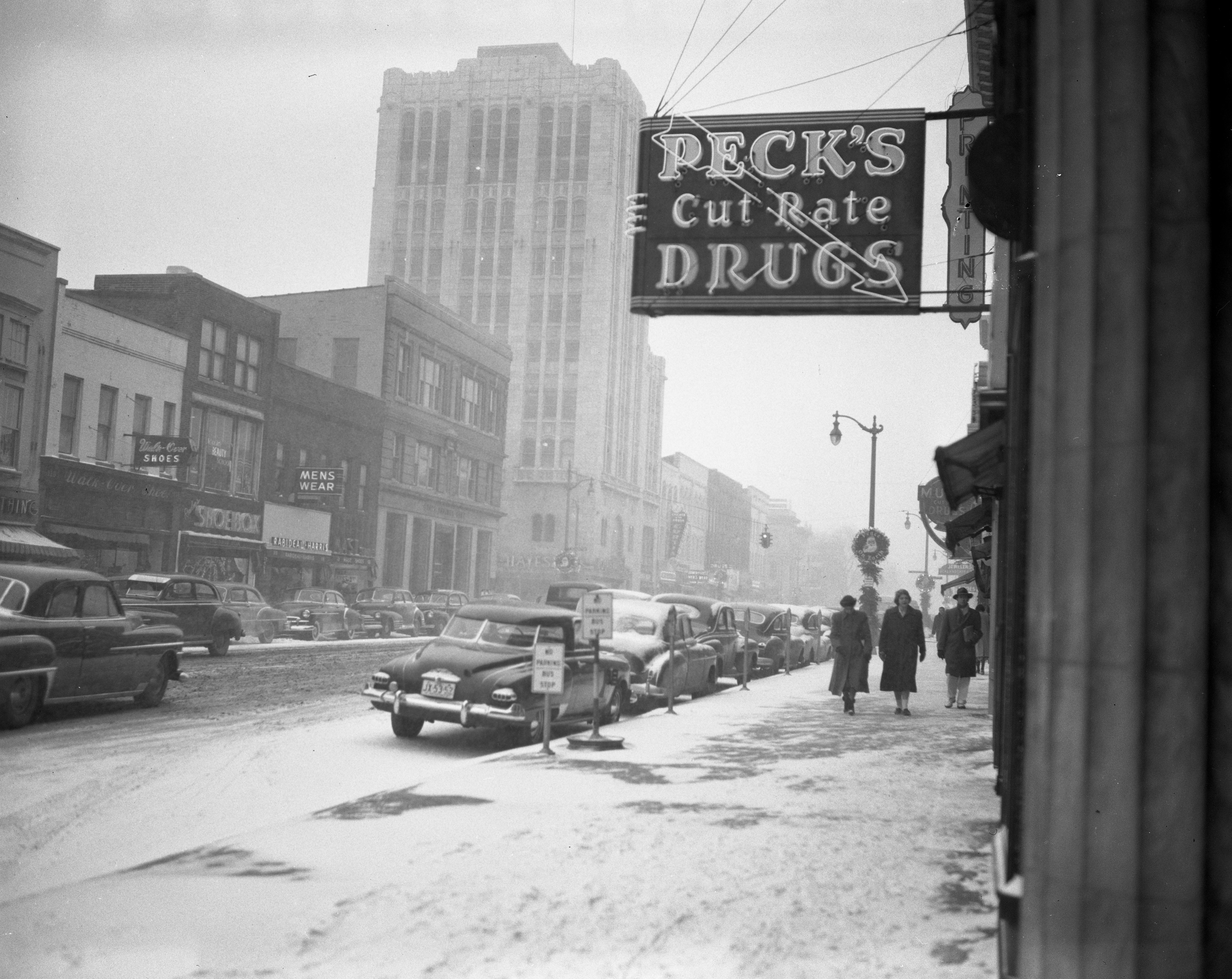