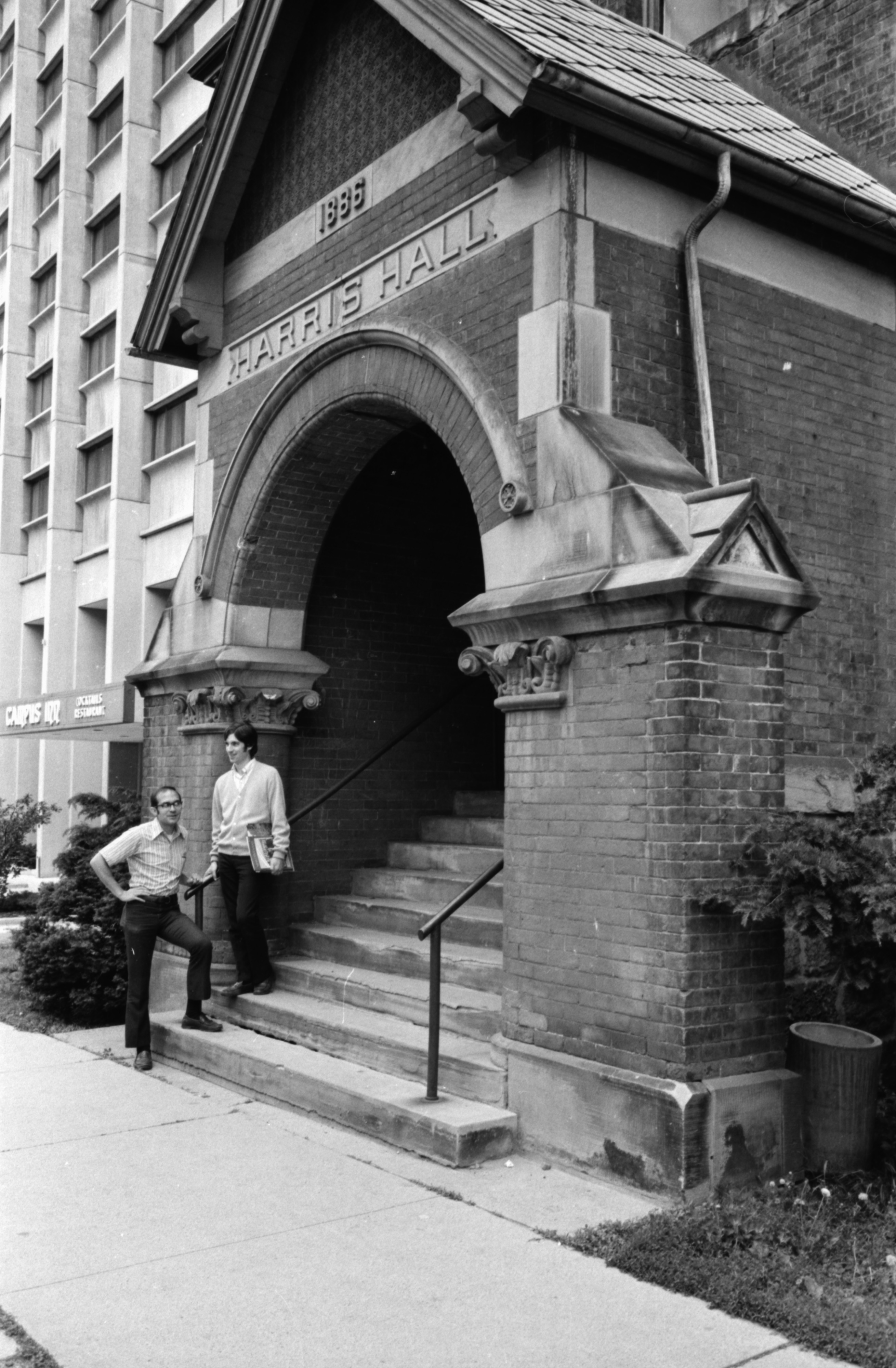 Published In
Ann Arbor News, June 15, 1974
Caption
New Use For Harris Hall Steve Clark (left) and Ralph Martin, leaders of the Word of God community, stand in front of the community's new headquarters, the 88-year-old Harris Hall, on the northwest corner of State and Huron Streets. The building was purchased from the Episcopal Student Foundation, which operated Canterbury House. The hall was originally build by the Episcopal Diocese of Michigan on land purchased by St. Andrew's Episcopal Church in Ann Arbor. Besides its use as an Episcopal student center, the United Service Organization was housed there from 1944-1946, and then the U-M leased the building for use by various musical groups. Previous Word of God headquarters was 122 1/2 E. Liberty, above the Pretzel Bell. Charismatic Renewal Services, a religious organization, made the actual purchase agreement for the hall, but details of the agreement were not available. (News photo by Robert Chase)
Copyright
Copyright Protected 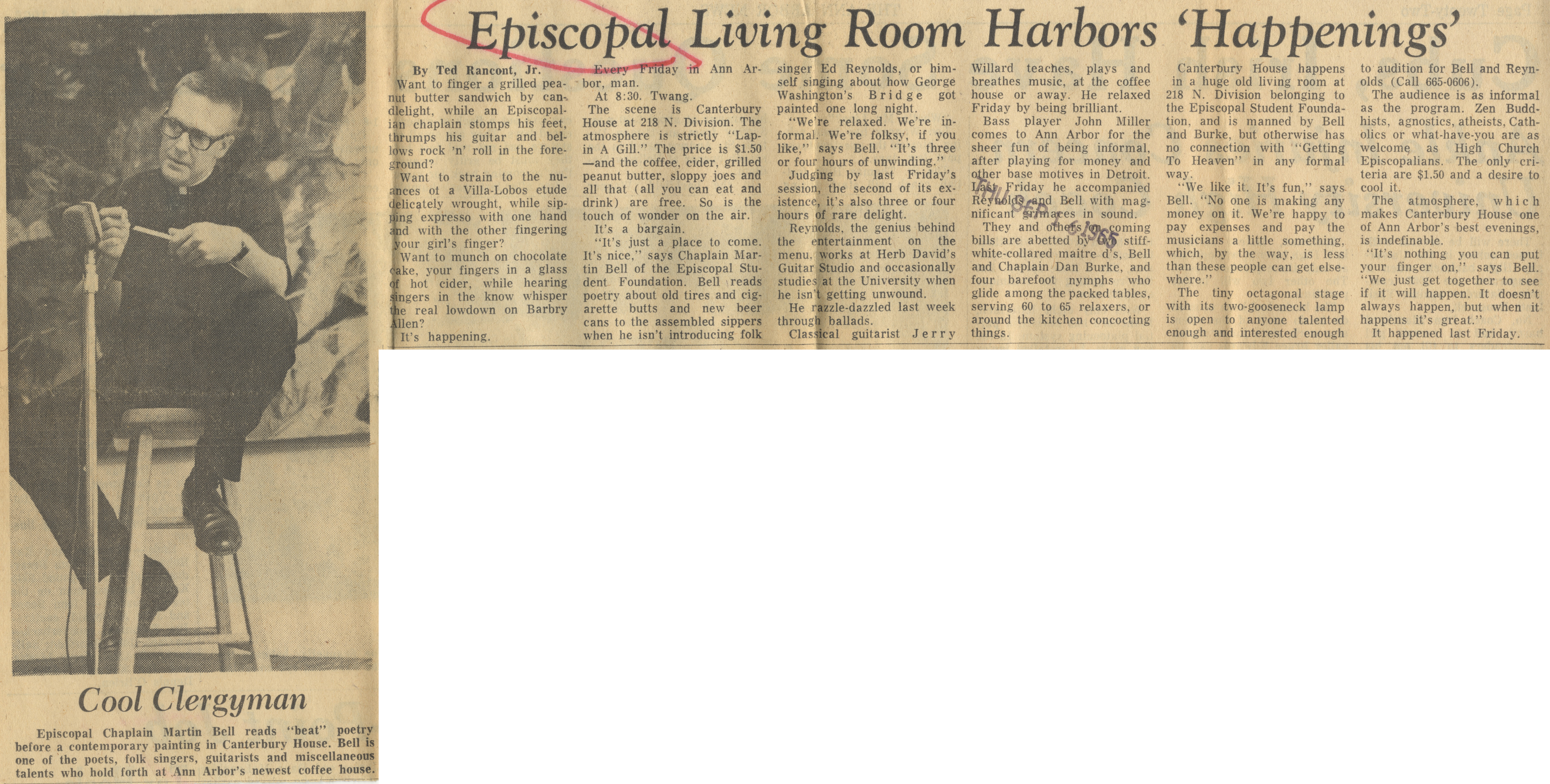 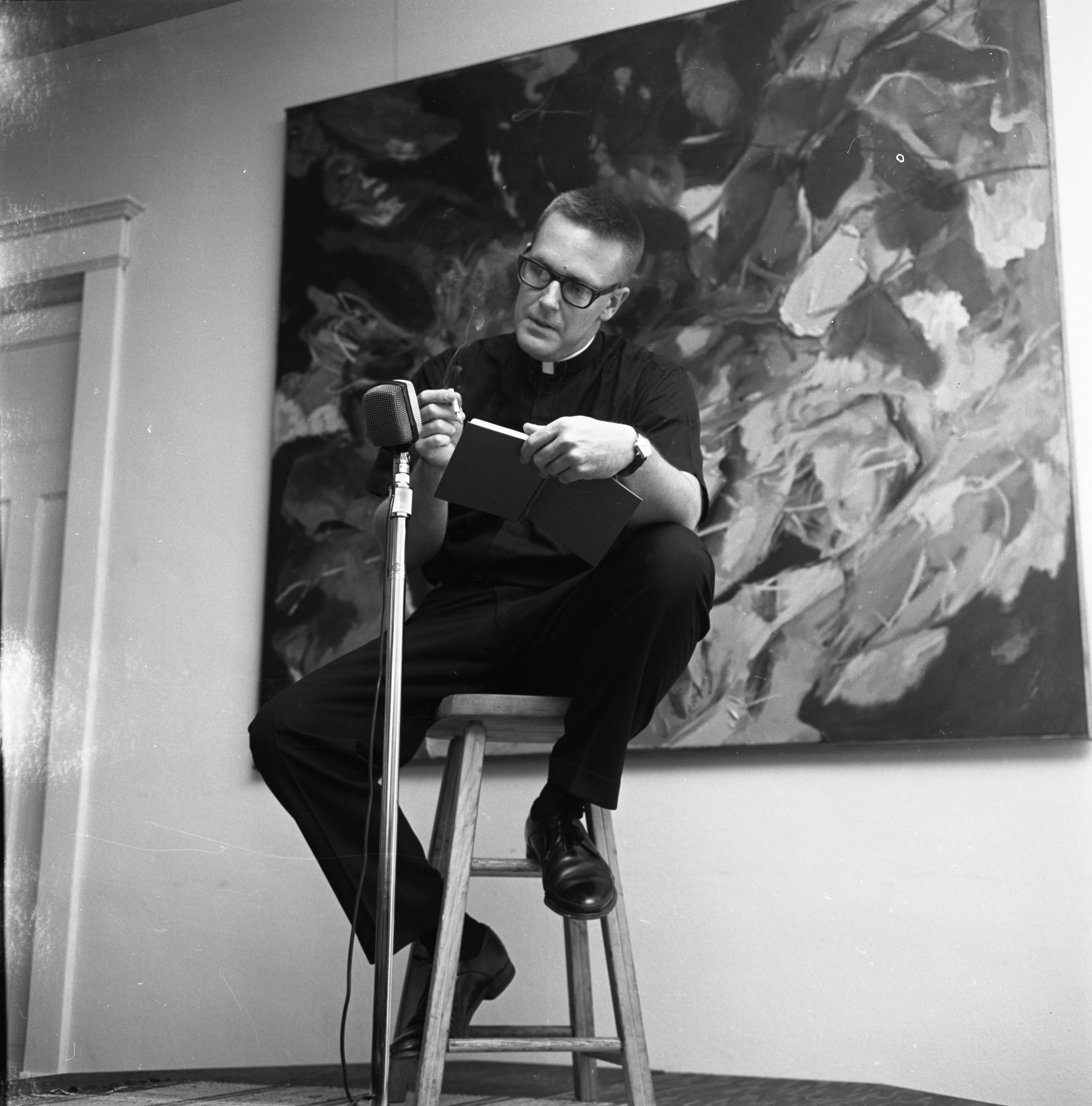 What Goes On At Canterbury House? 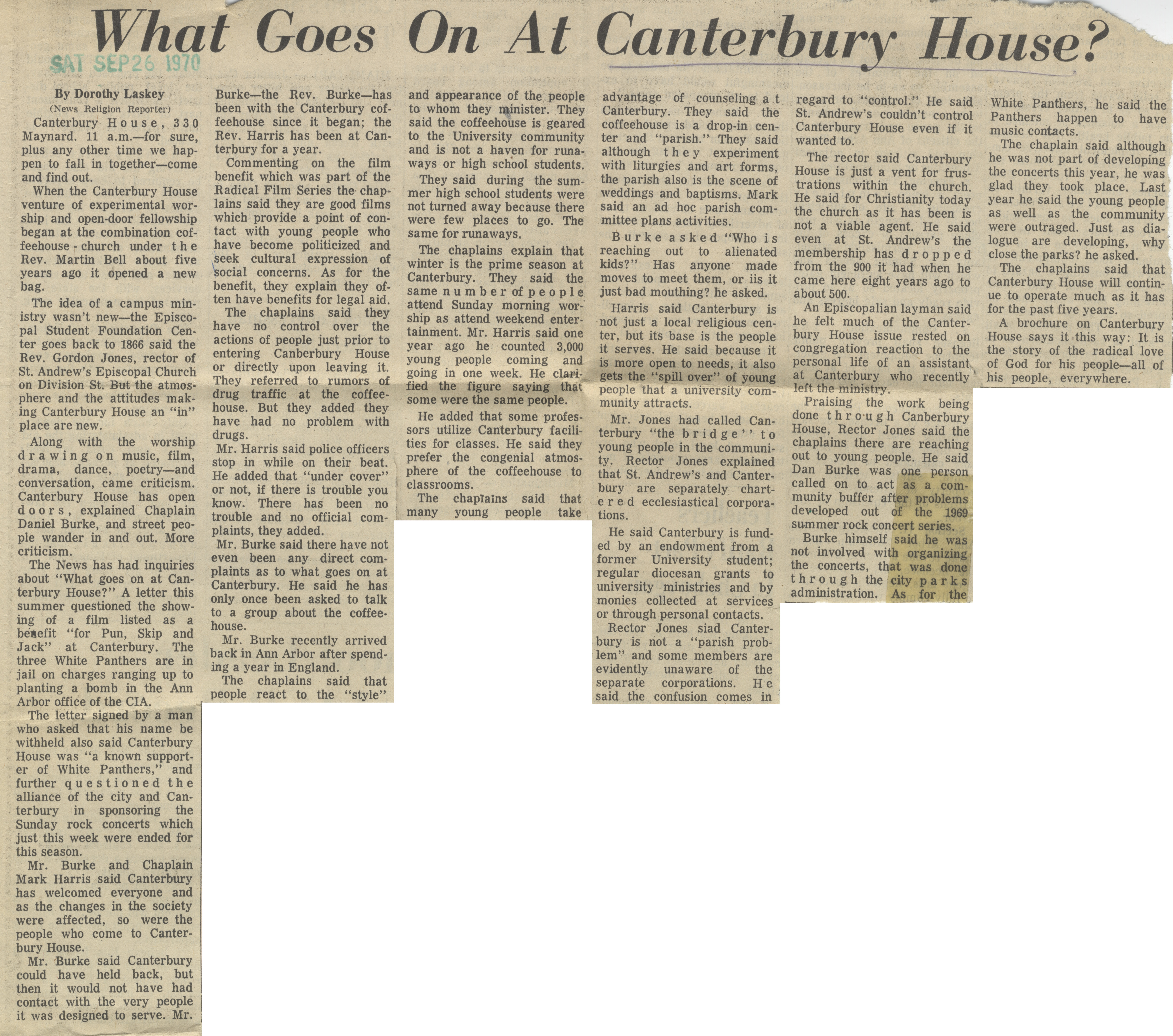 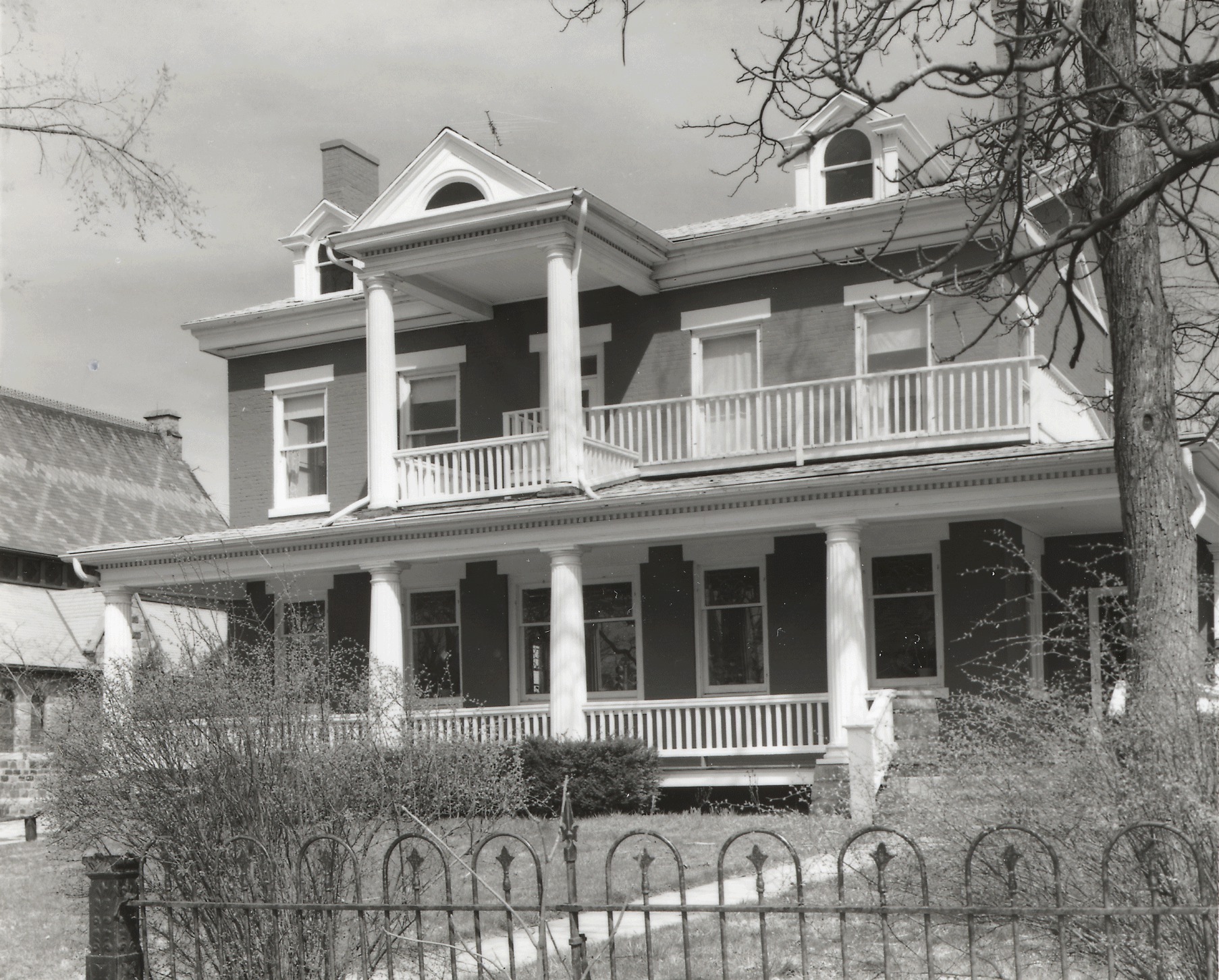 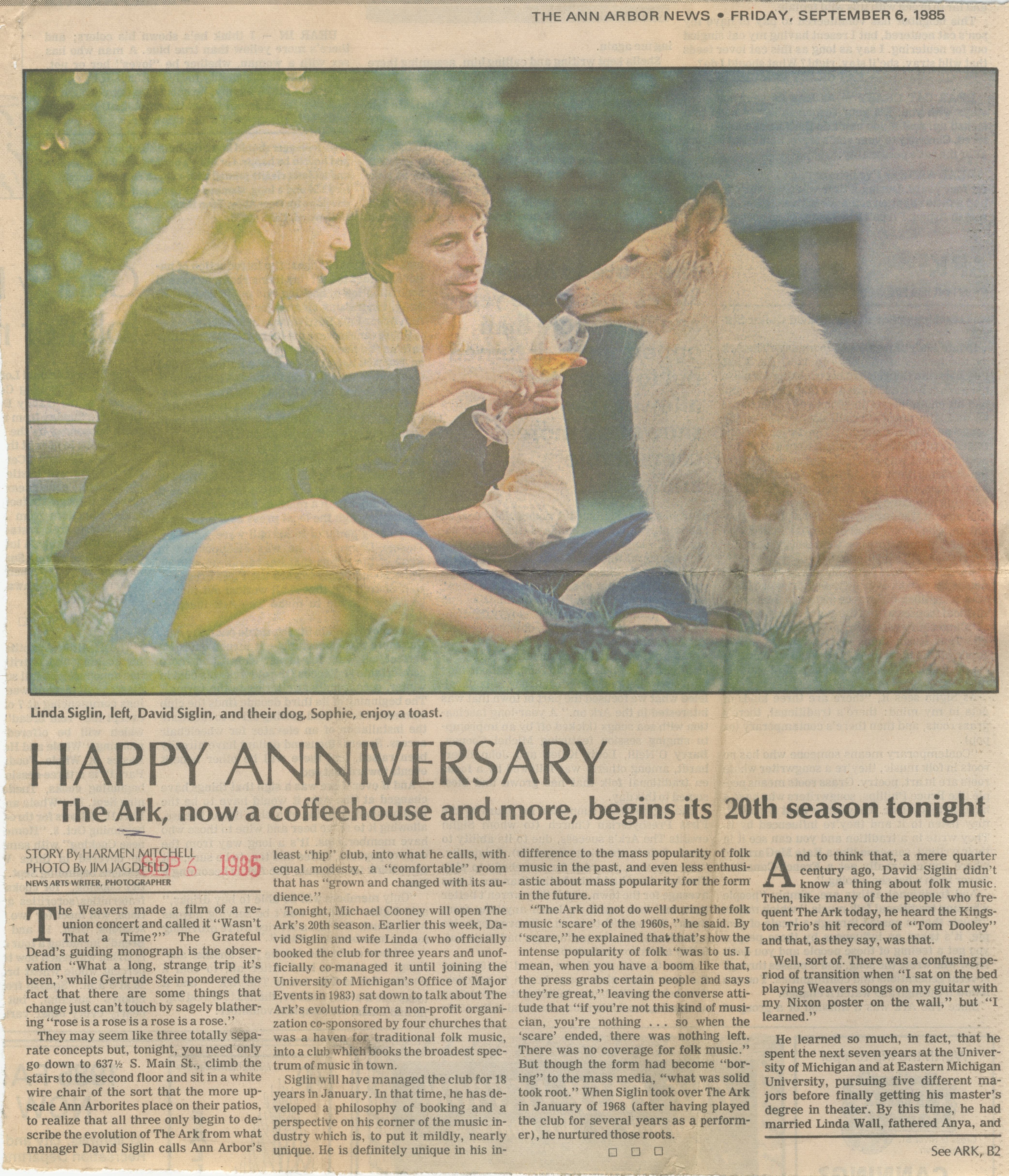 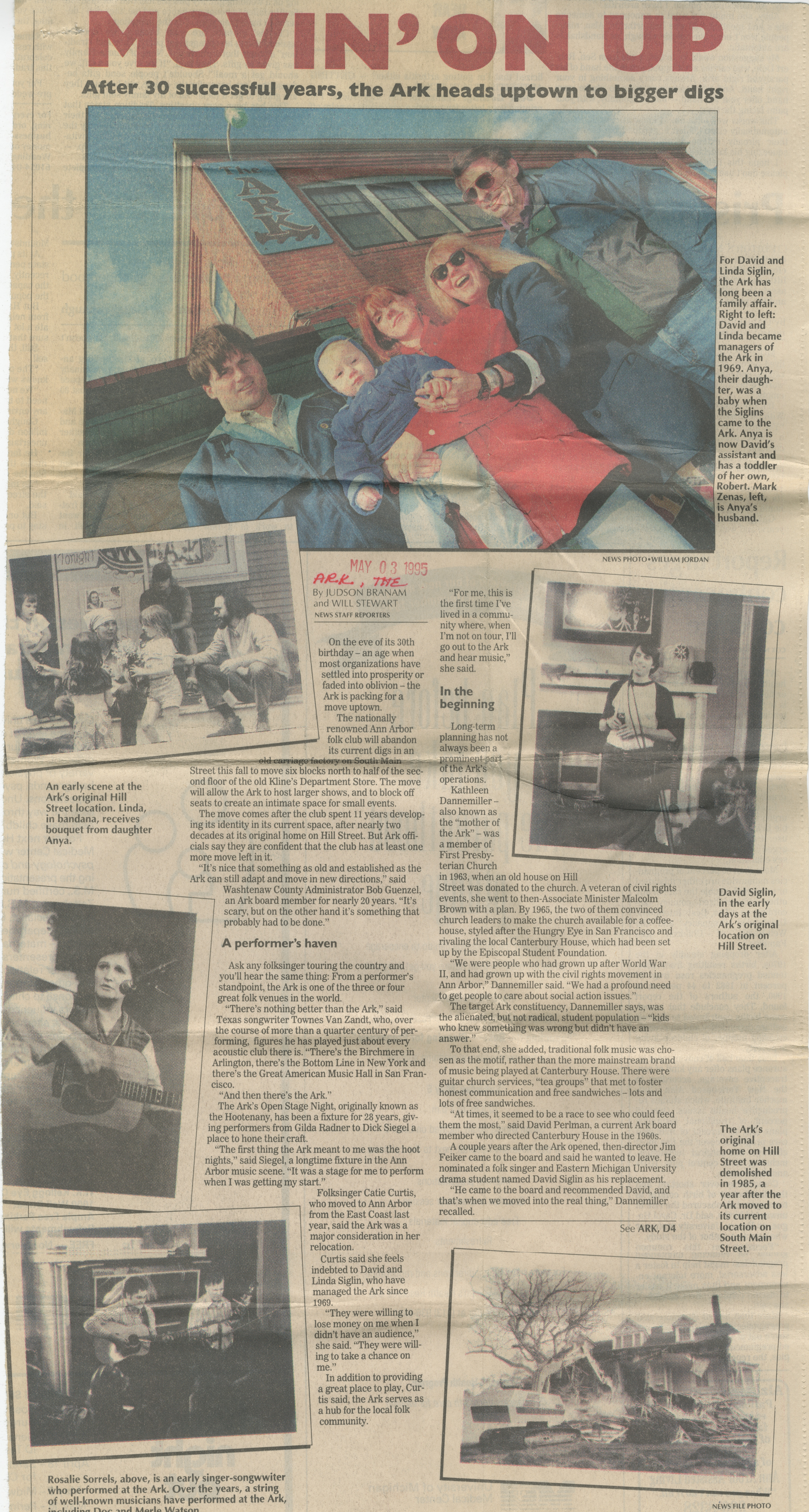 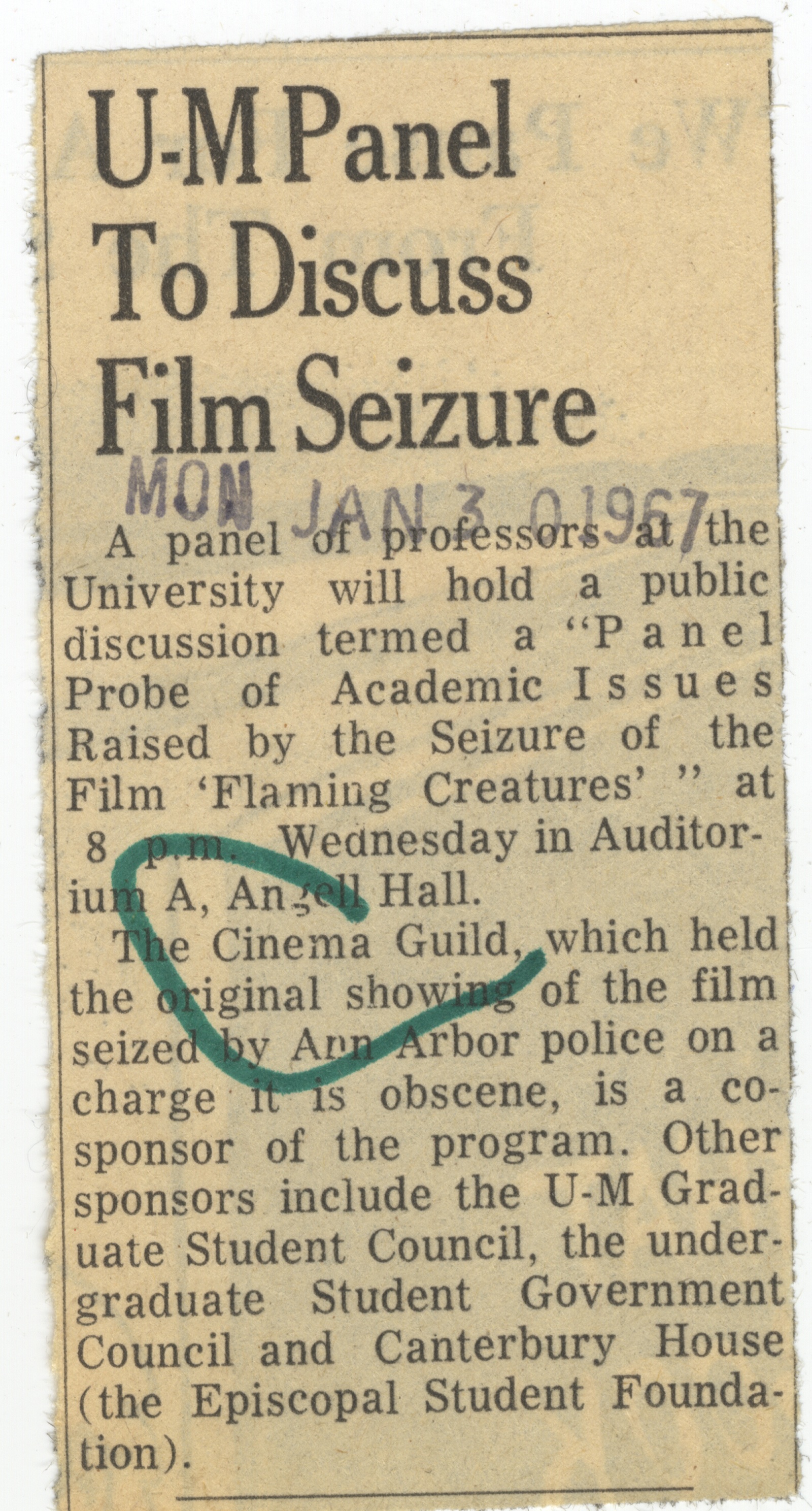