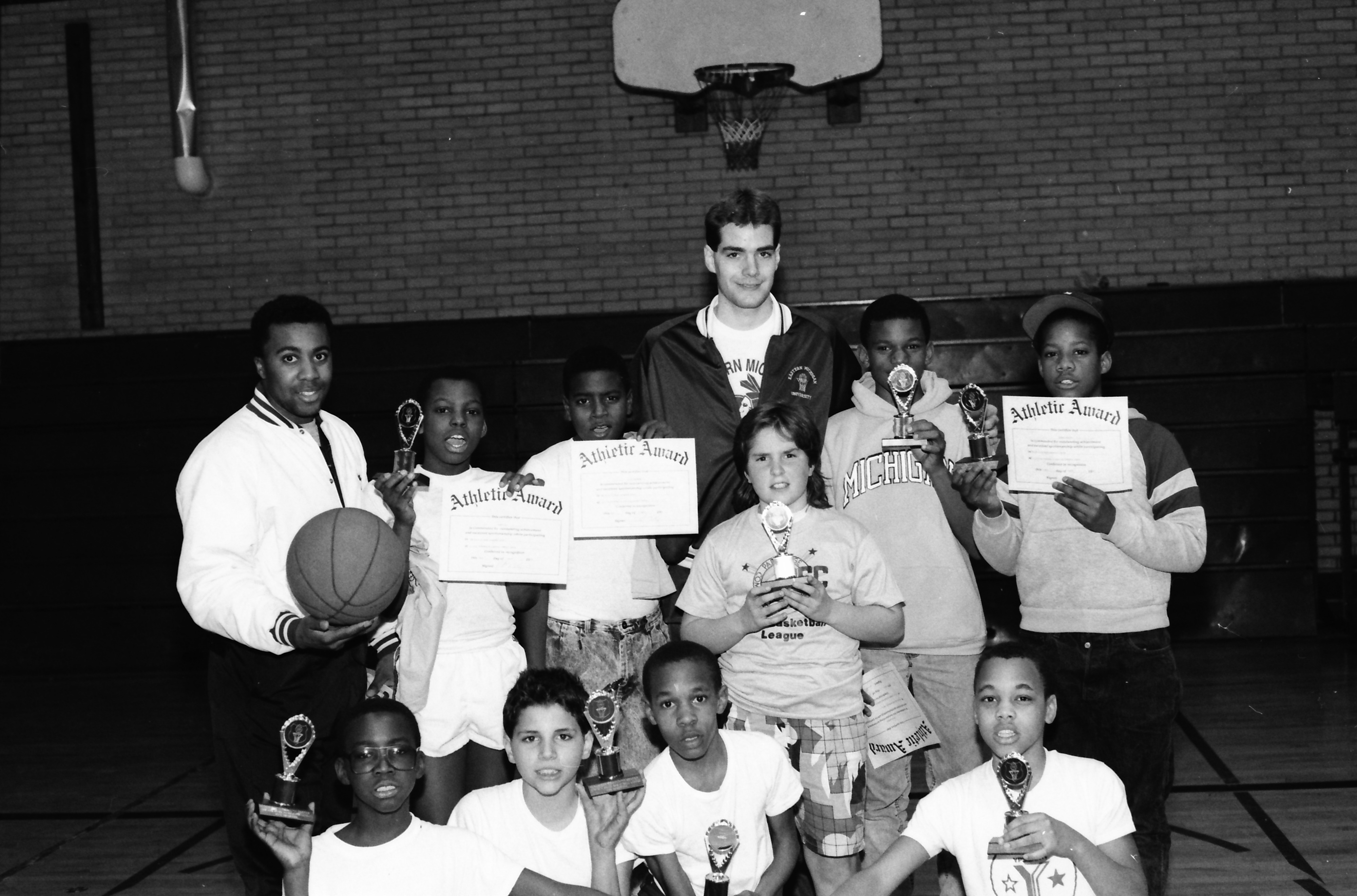 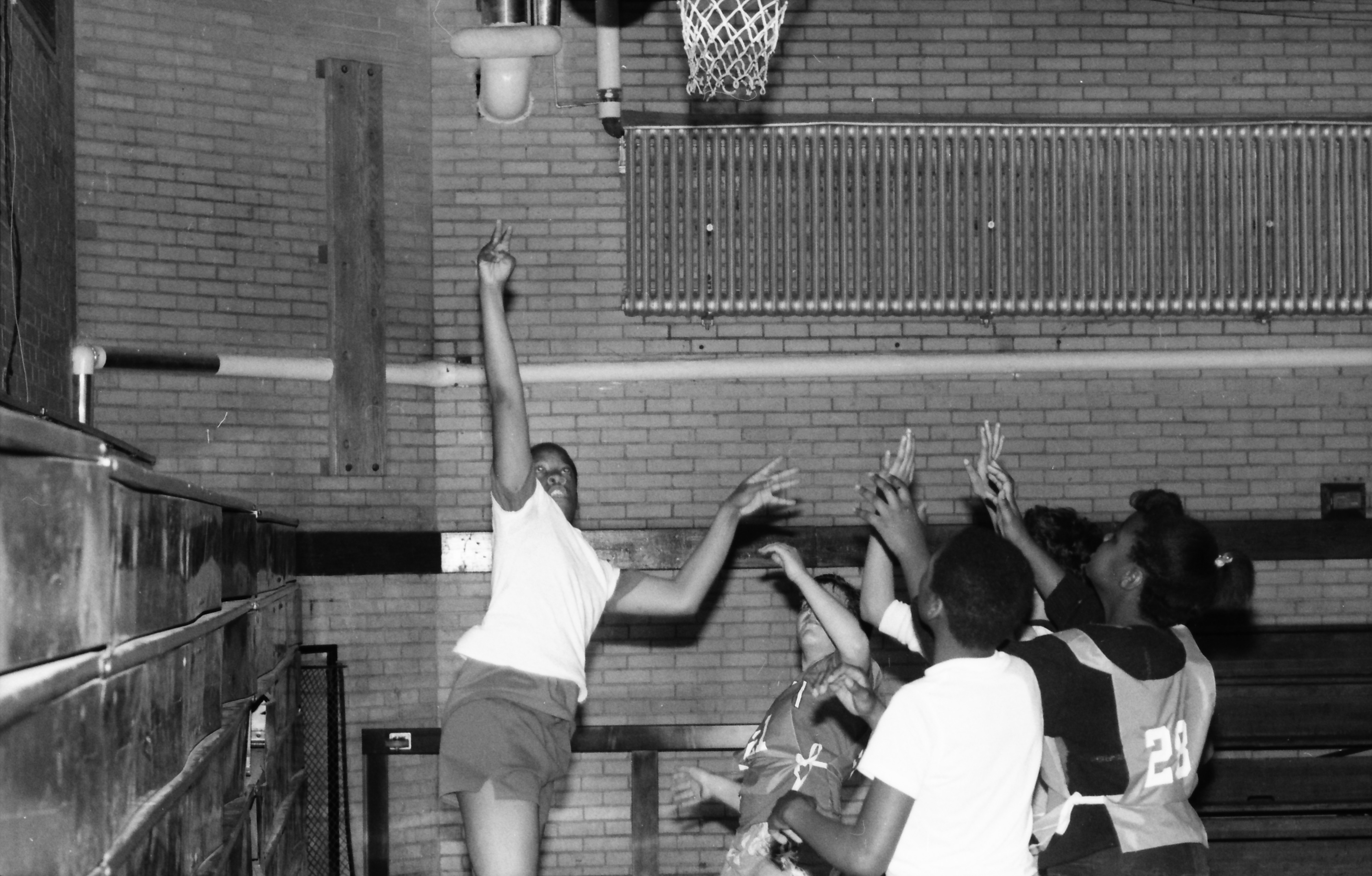 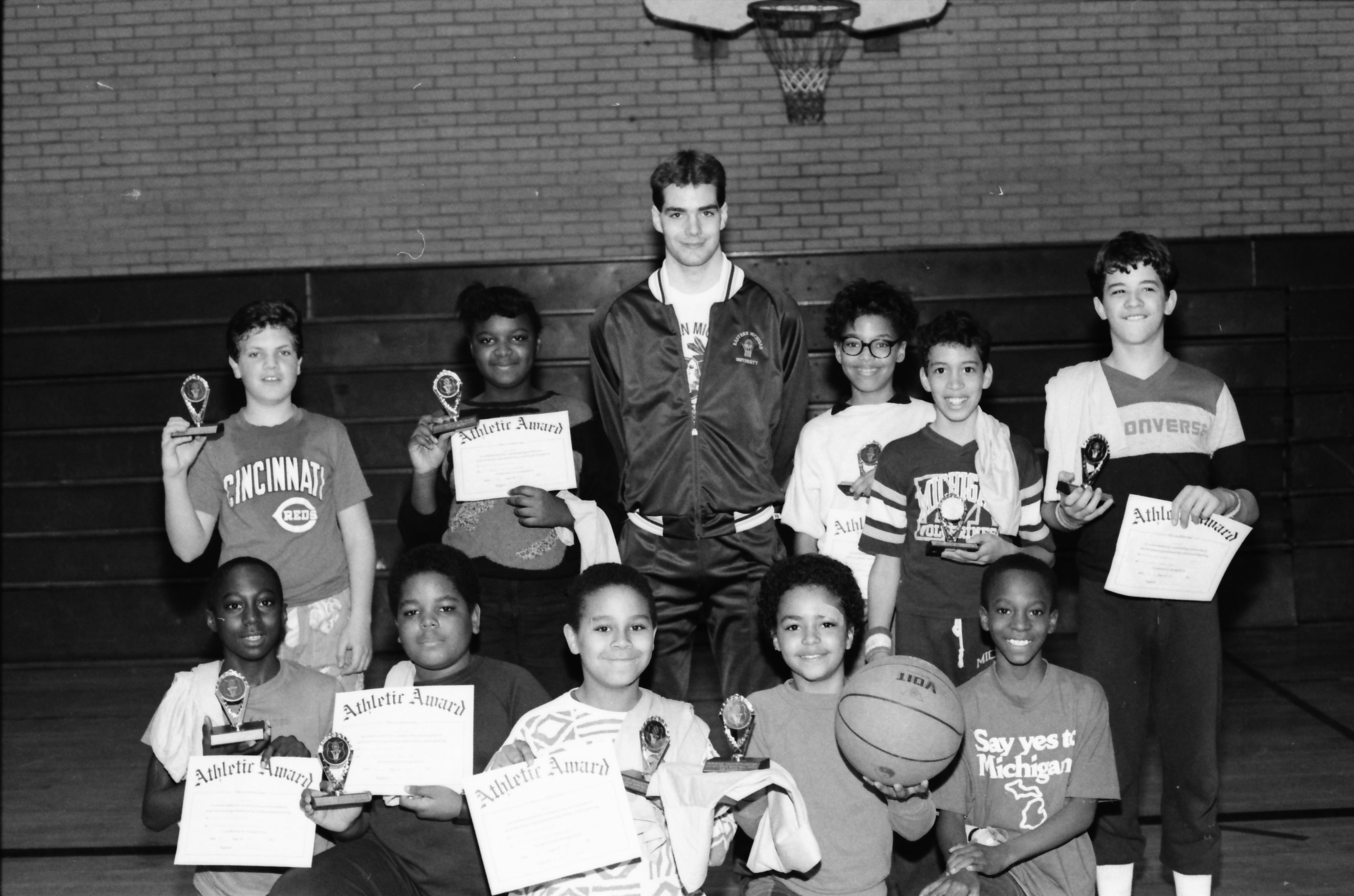 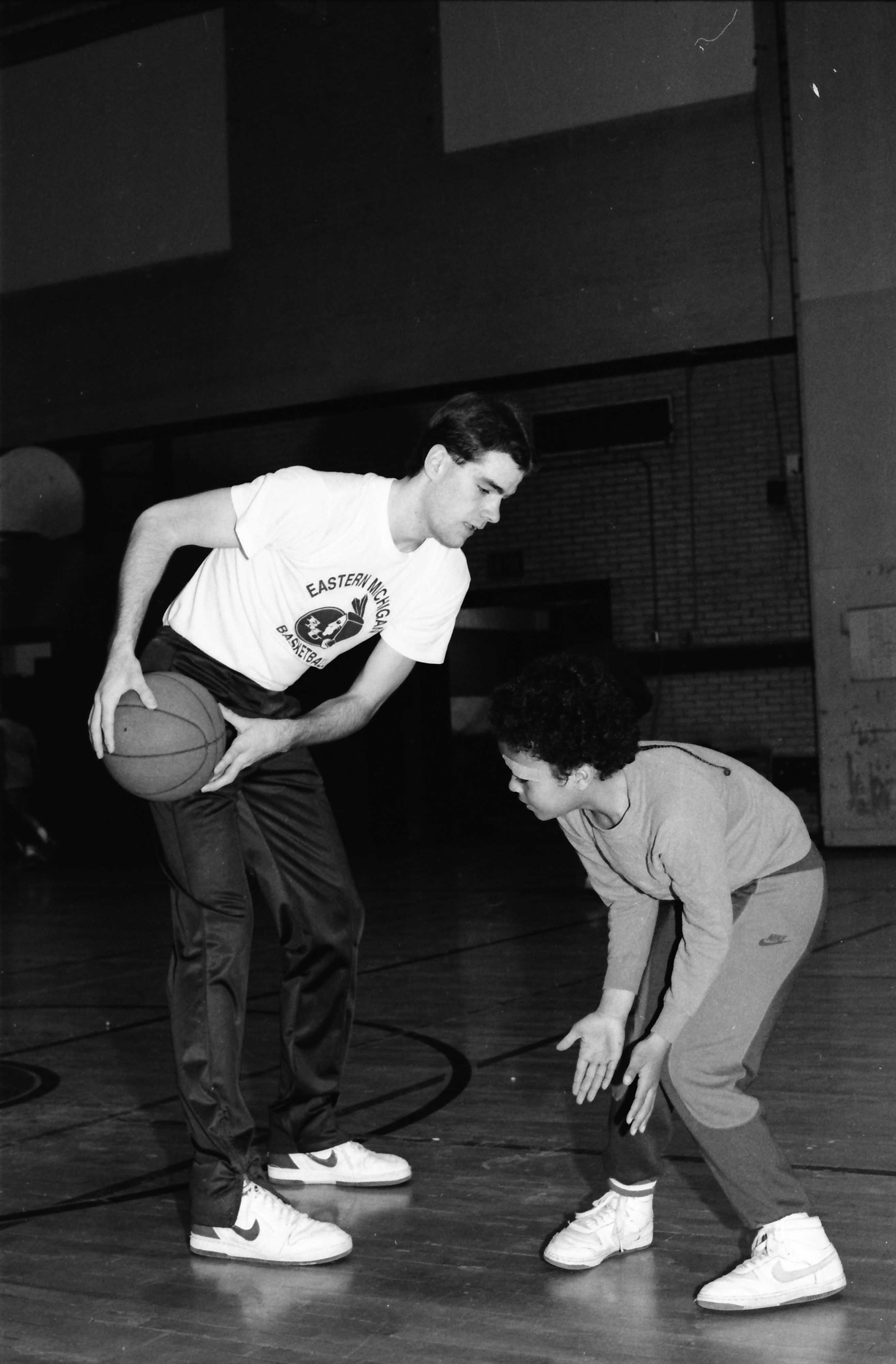 Coach William Peterson congratulates William Heusner at the end of his 1500 meter race in the NCAA Swim Meet, March 1948 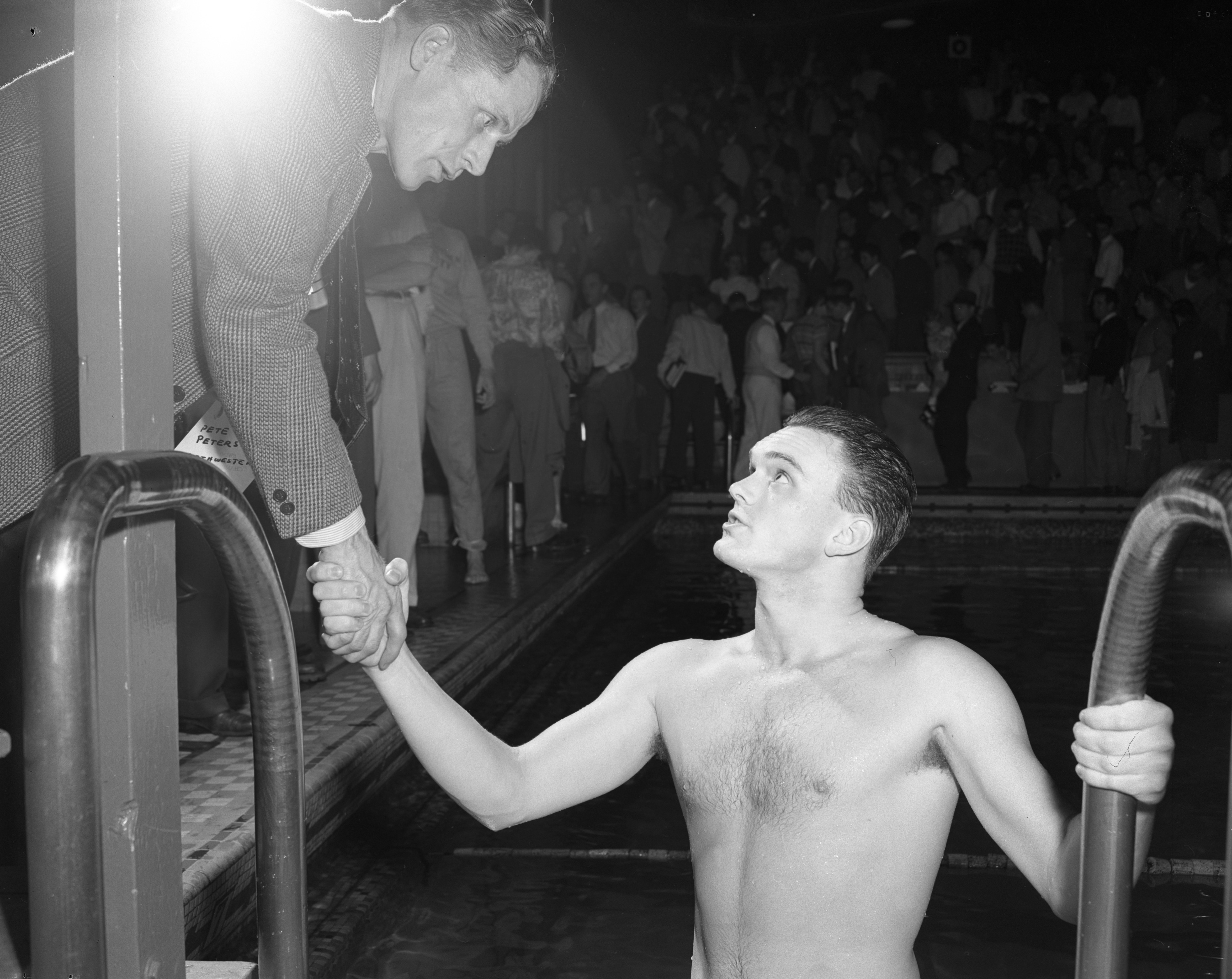 It' Do Or Die For M Today 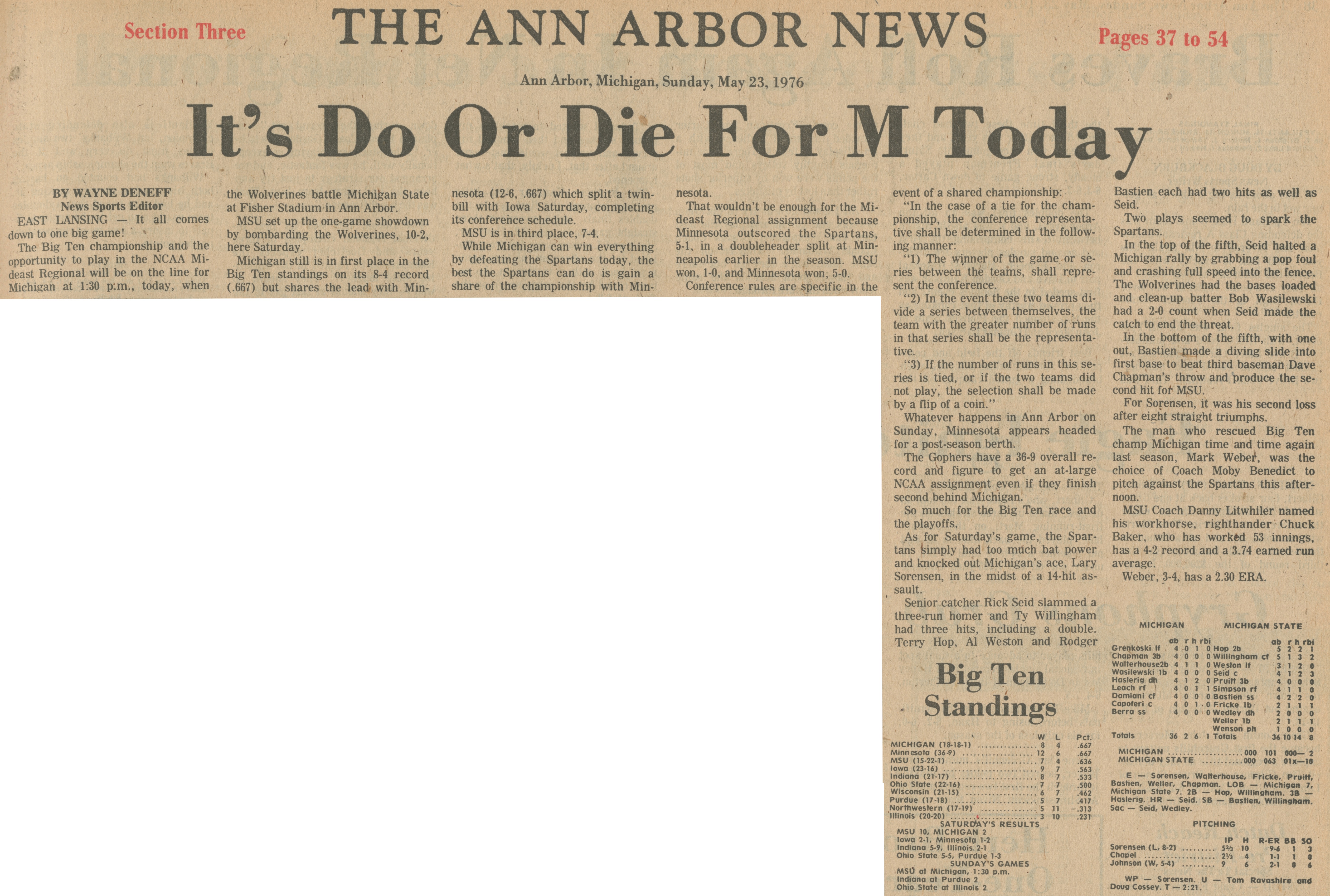 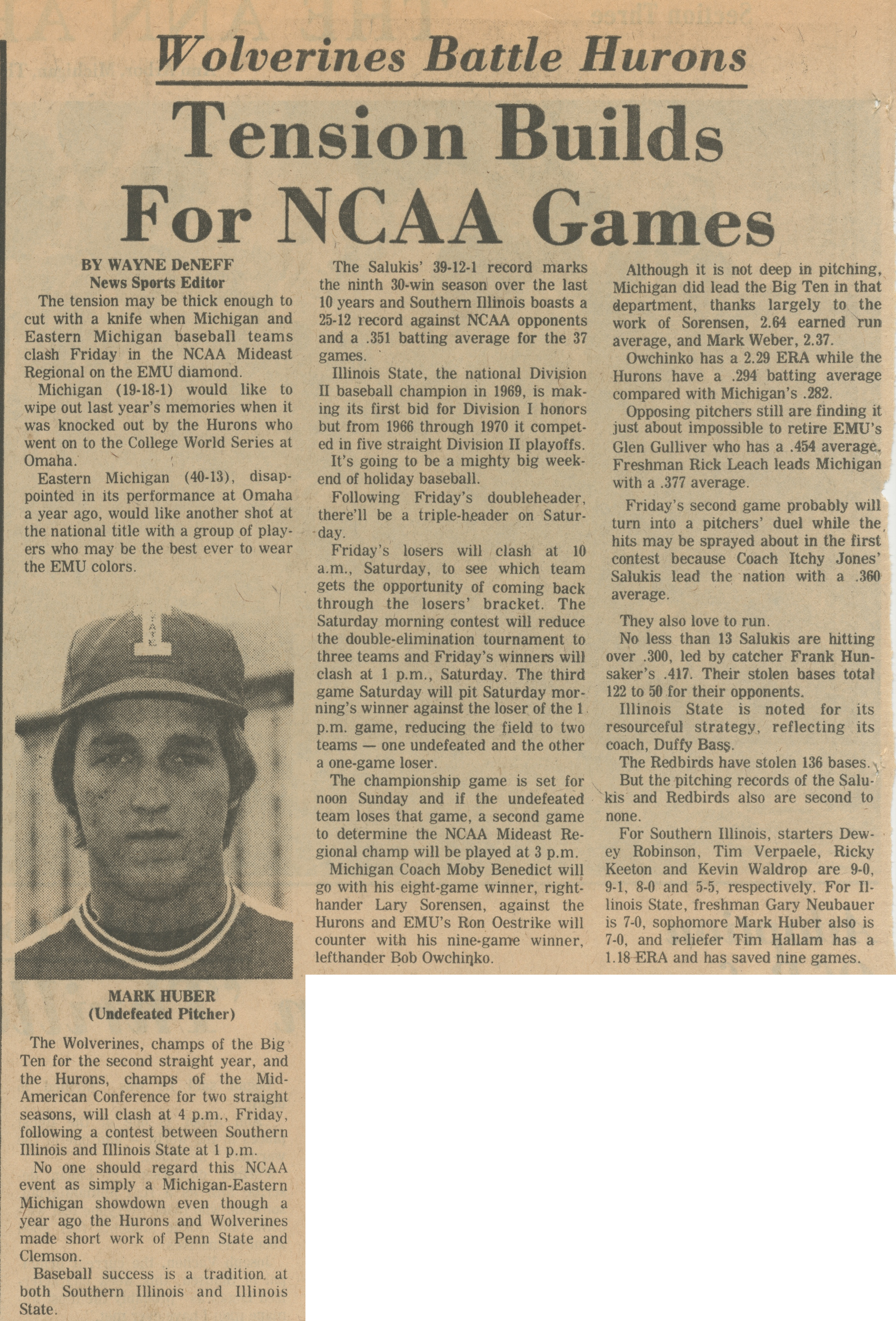 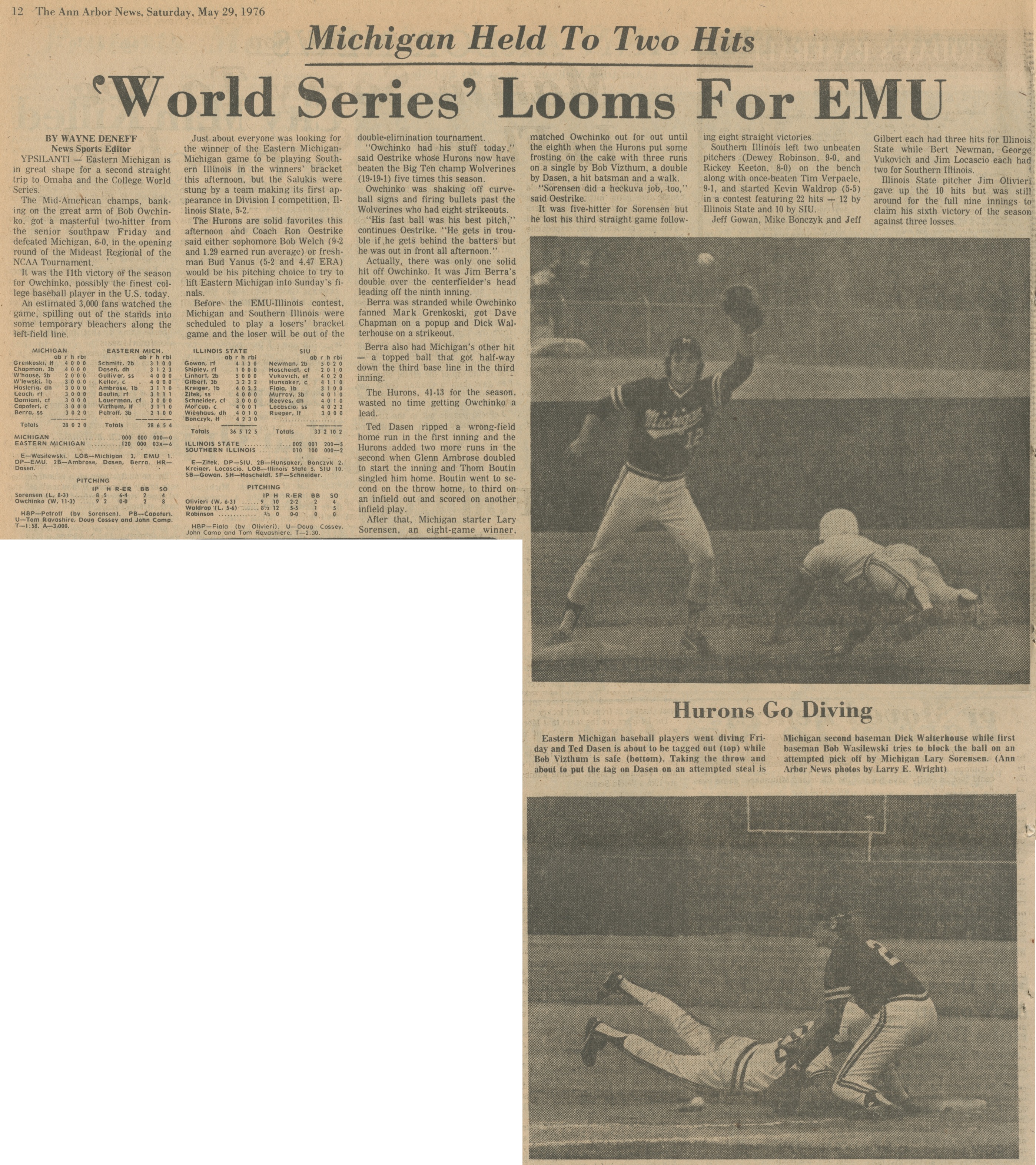