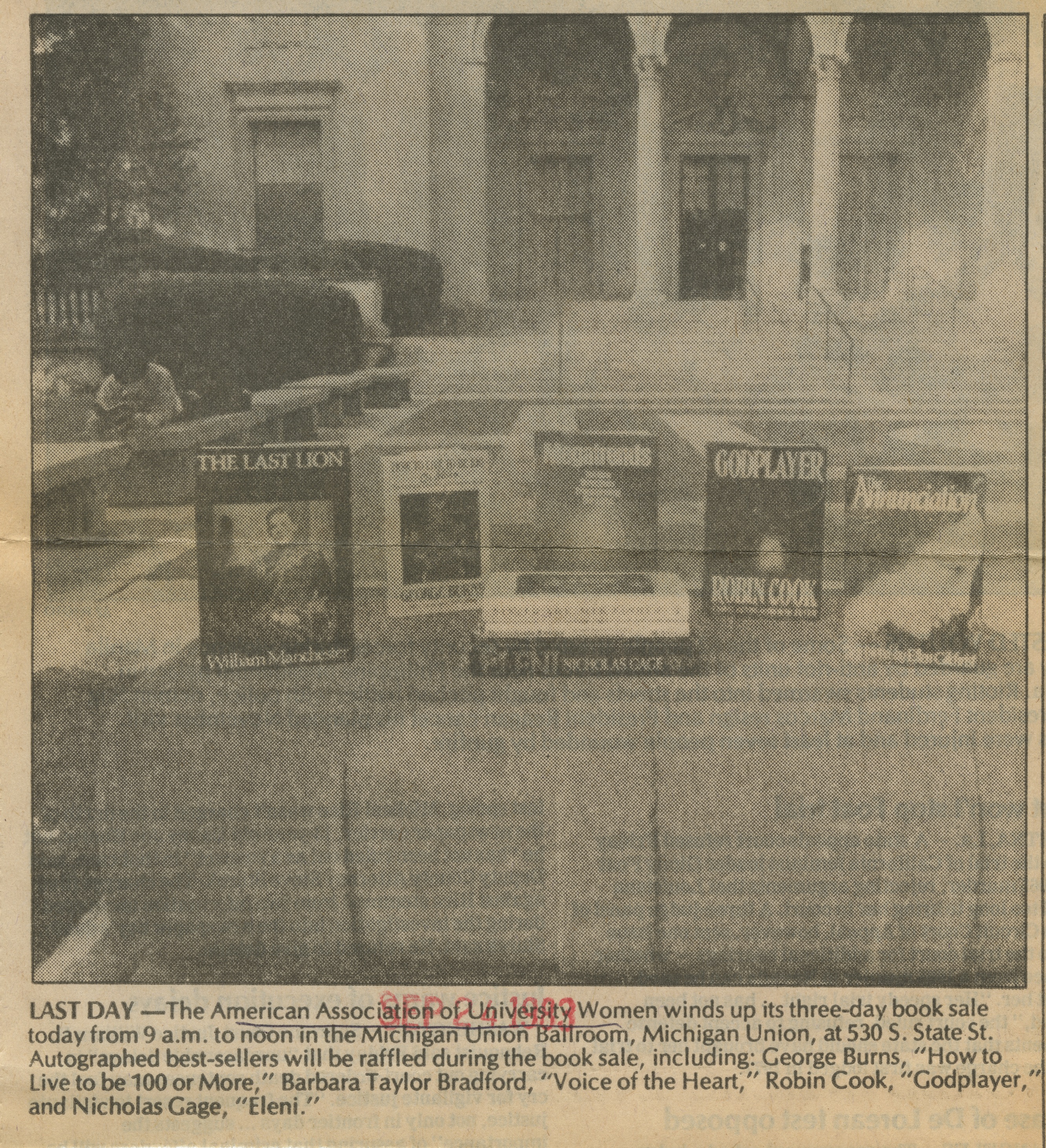 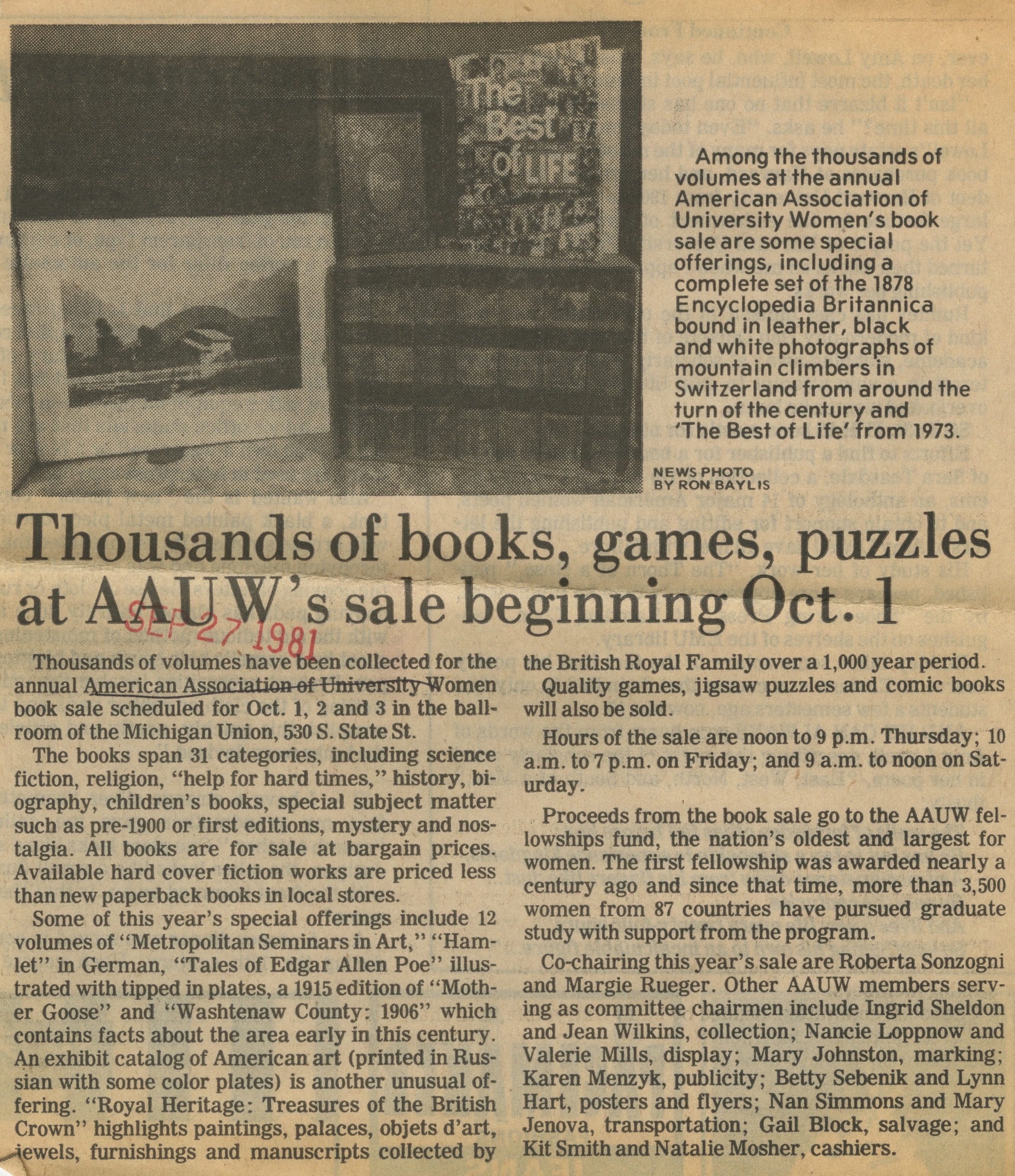 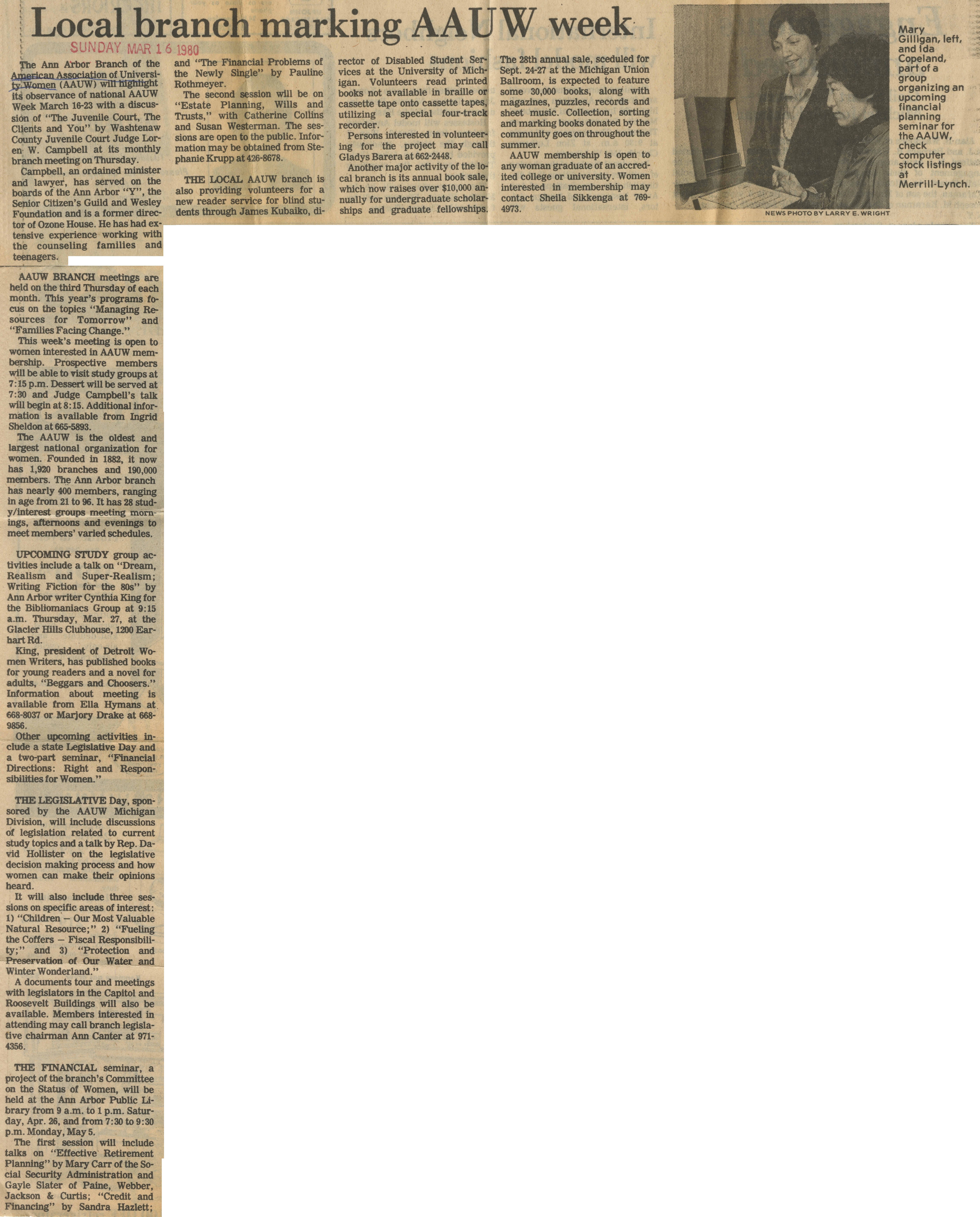 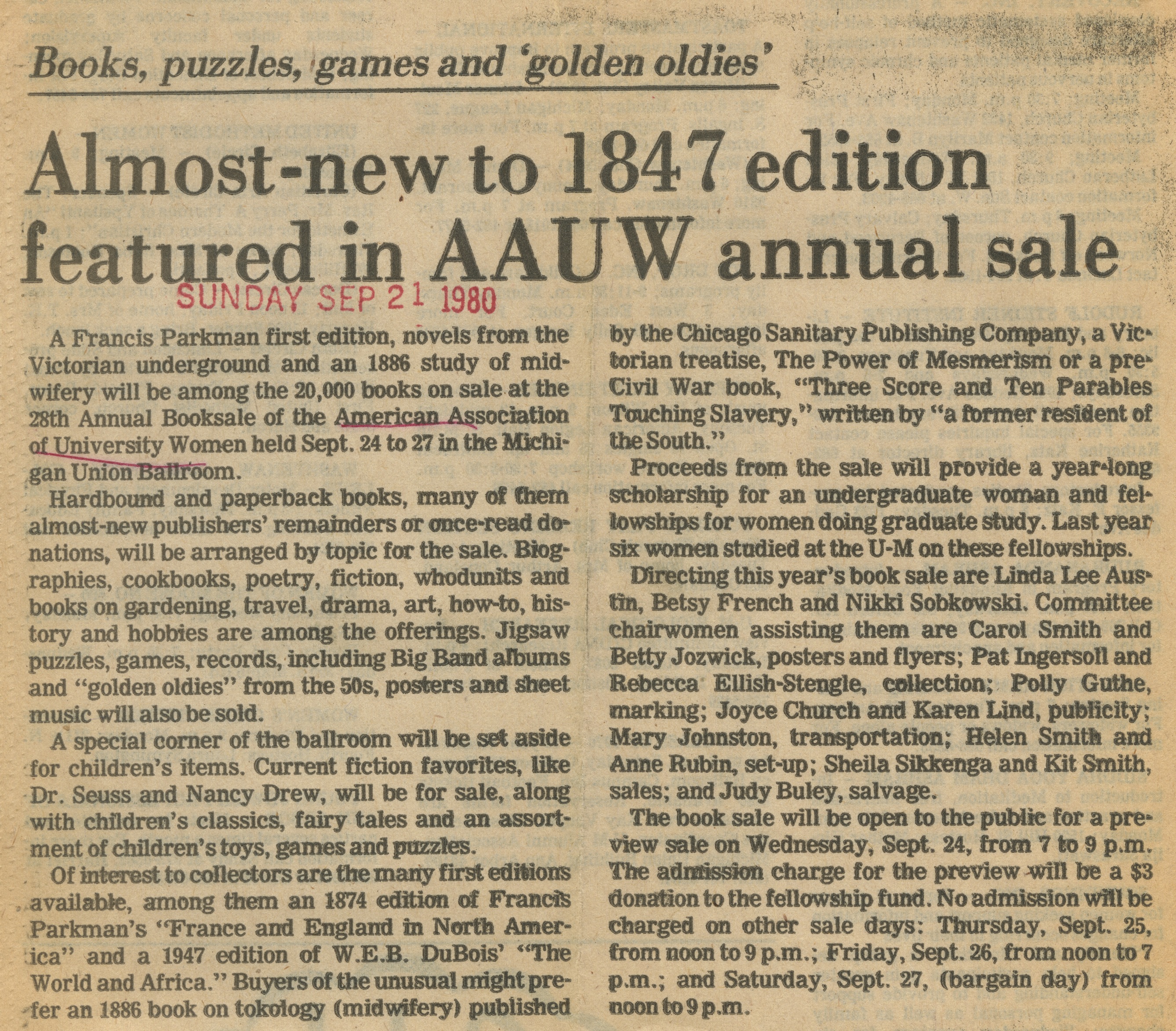 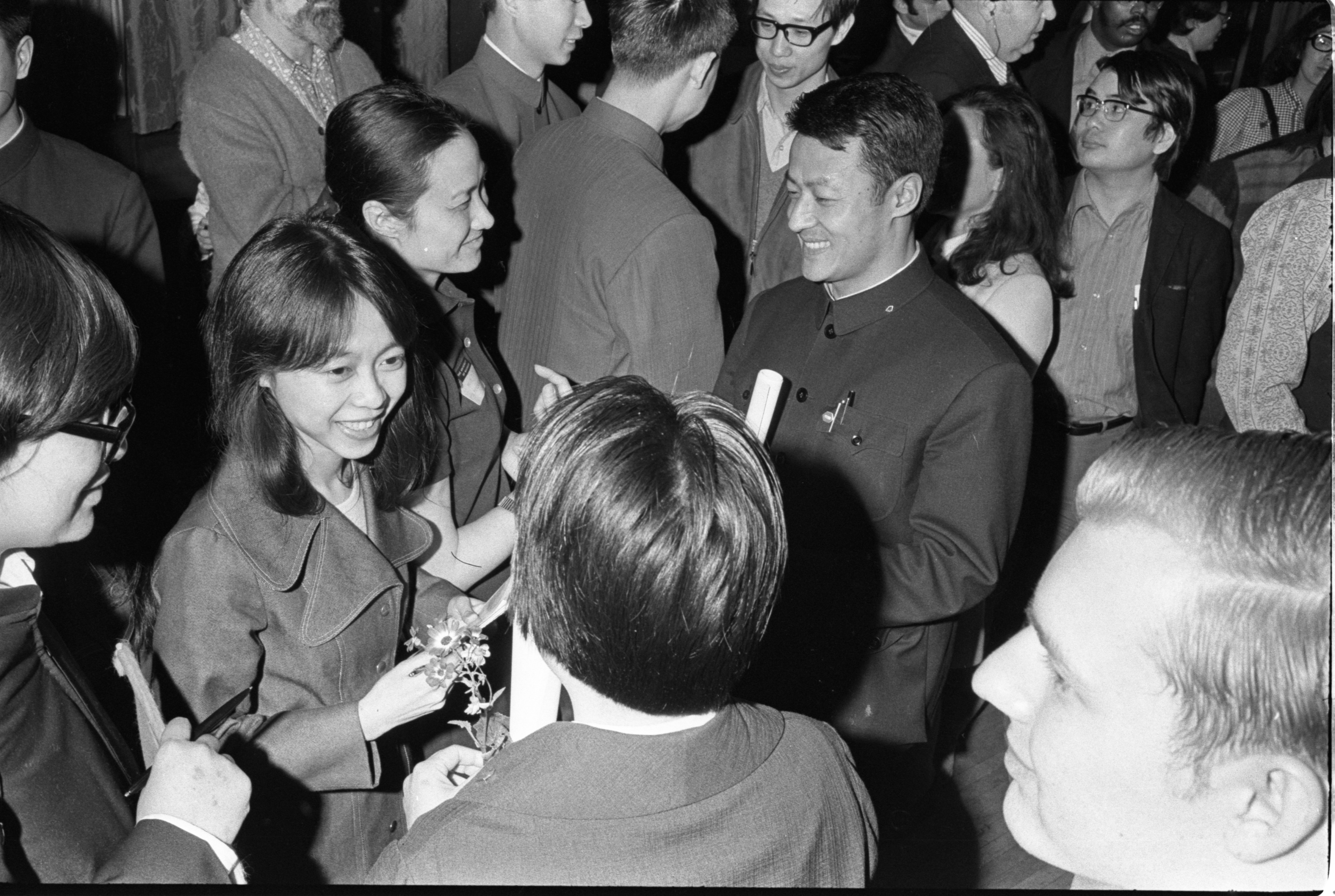 Guests From China Add Signatures To Poster During Reception At Michigan Union, April 1972 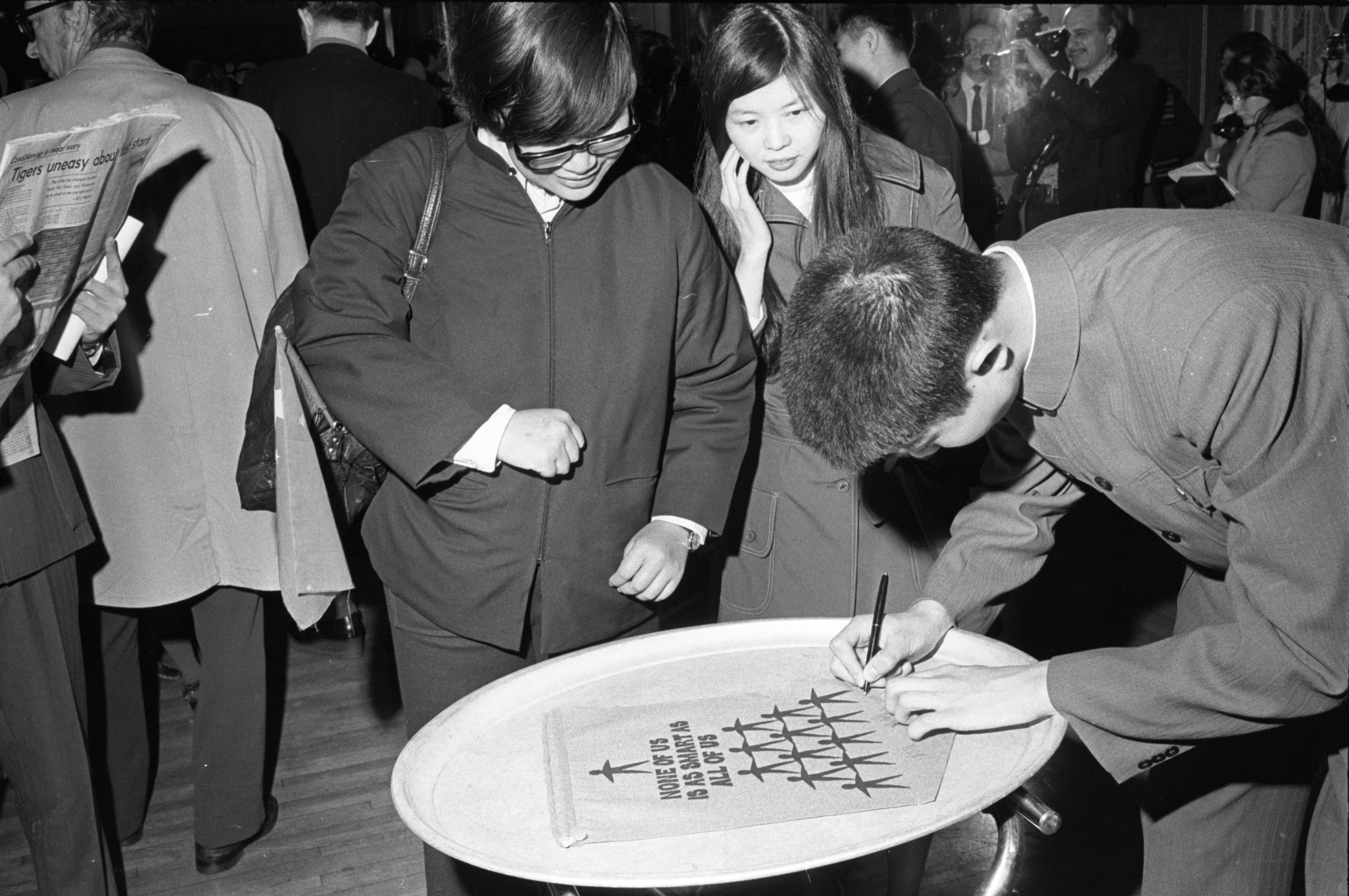 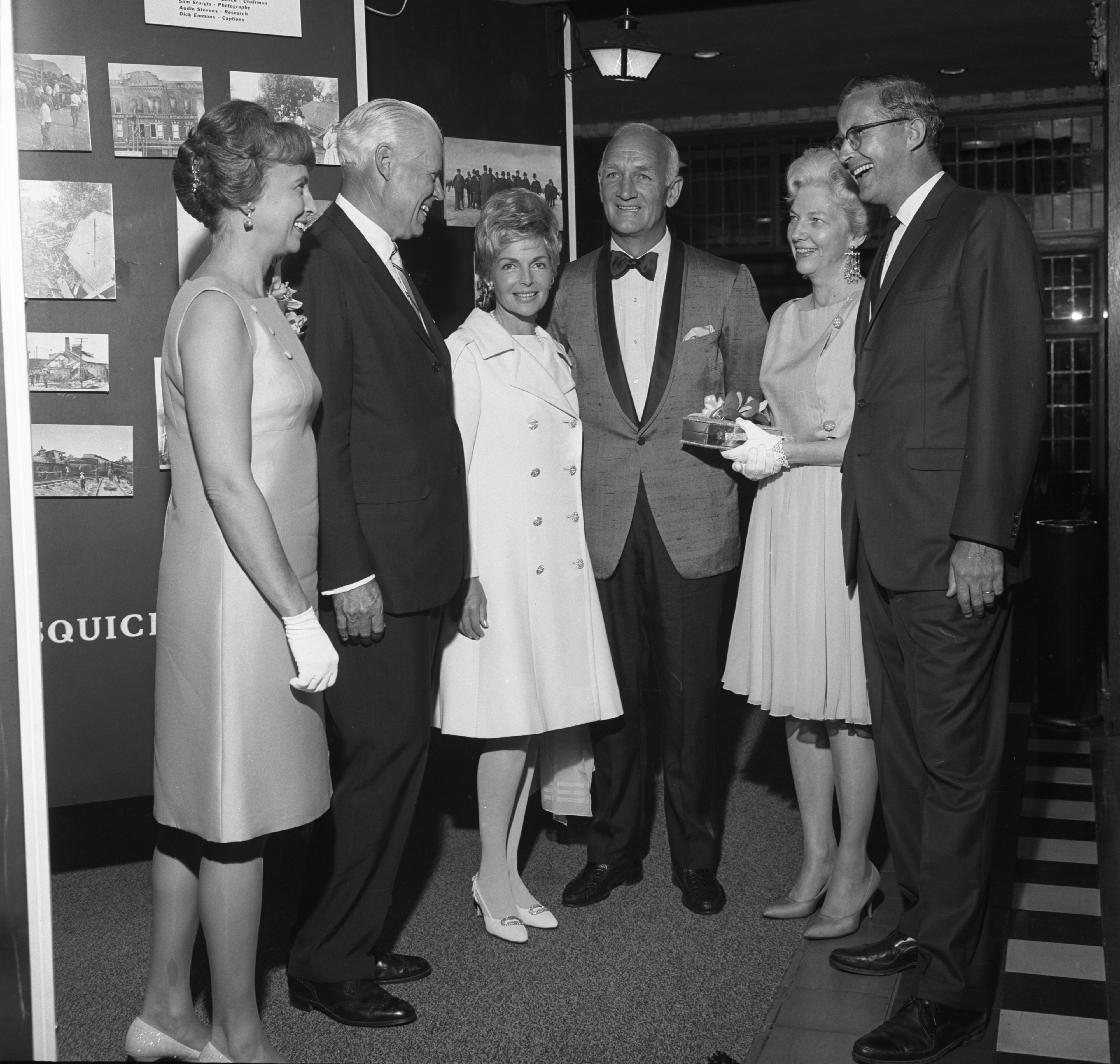 Wendell & Violet Hulcher, On Right, Talk To Guests At The U-M Sesquicentennial Birthday Gala At The Union Ballroom, August 28, 1967 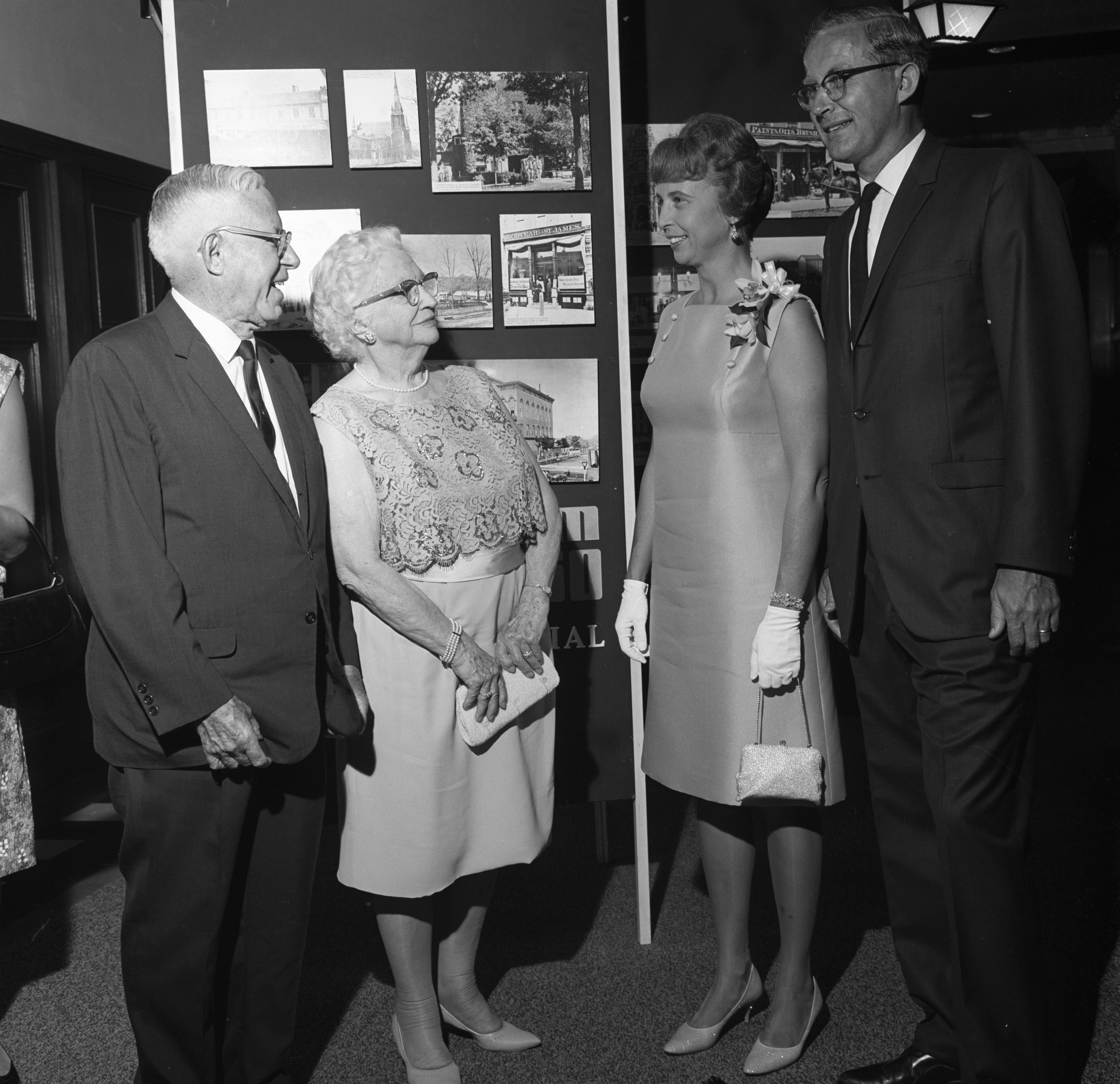 The U-M Sesquicentennial Birthday Gala At The Union Ballroom, August 28, 1967 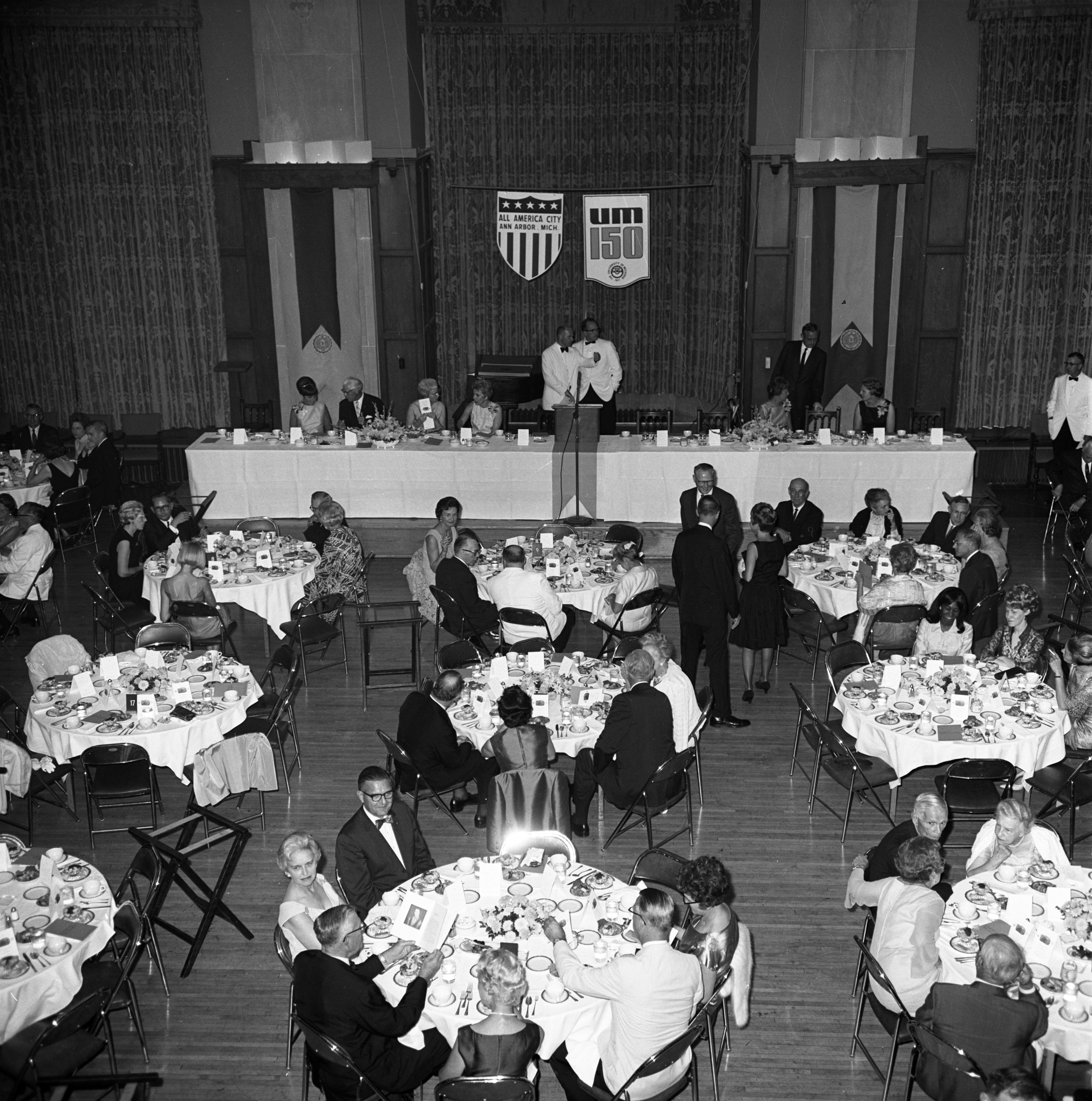 Published In
Ann Arbor News, August 18, 1967
Caption
Guests at the U-M birthday celebration dinner-dance mix and mingle as they arrive at the Union ballroom for the gala affair. At the speaker's table in the background, Mrs. Thomas Conlin (left) speaks with University President and Mrs. Harlan Hatcher, while Mr. Conlin, publicity chairman for the celebration, discusses some last-minute details with Daniel Shurz, chairman of the City Sesquicentennial Committee which sponsored the occasion. To their right Mayor and Mrs. Wendell E. Hulcher chat with Mrs. Gail Rector, whose husband was in charge of the program.
Copyright
Copyright Protected 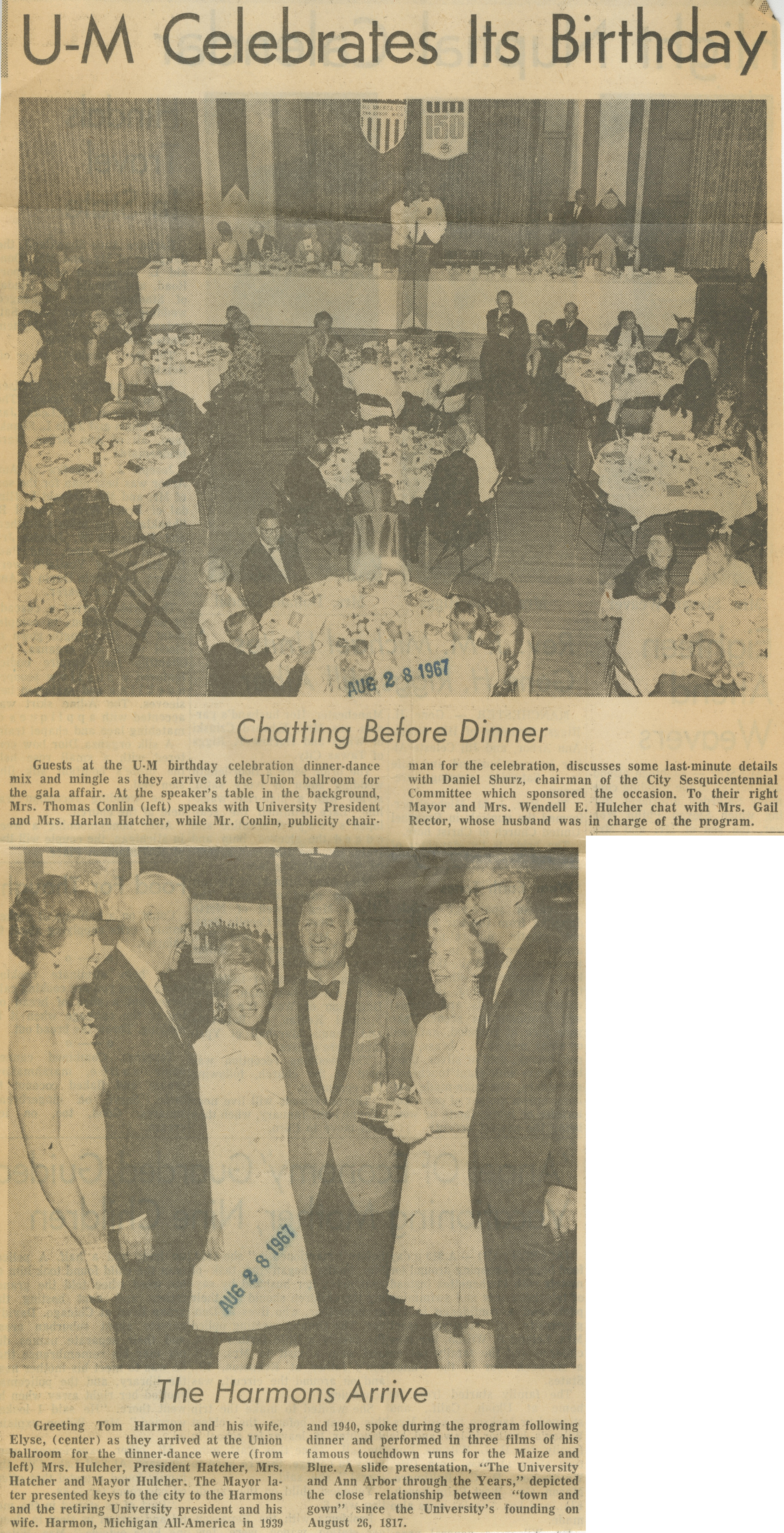