The Village brings people together 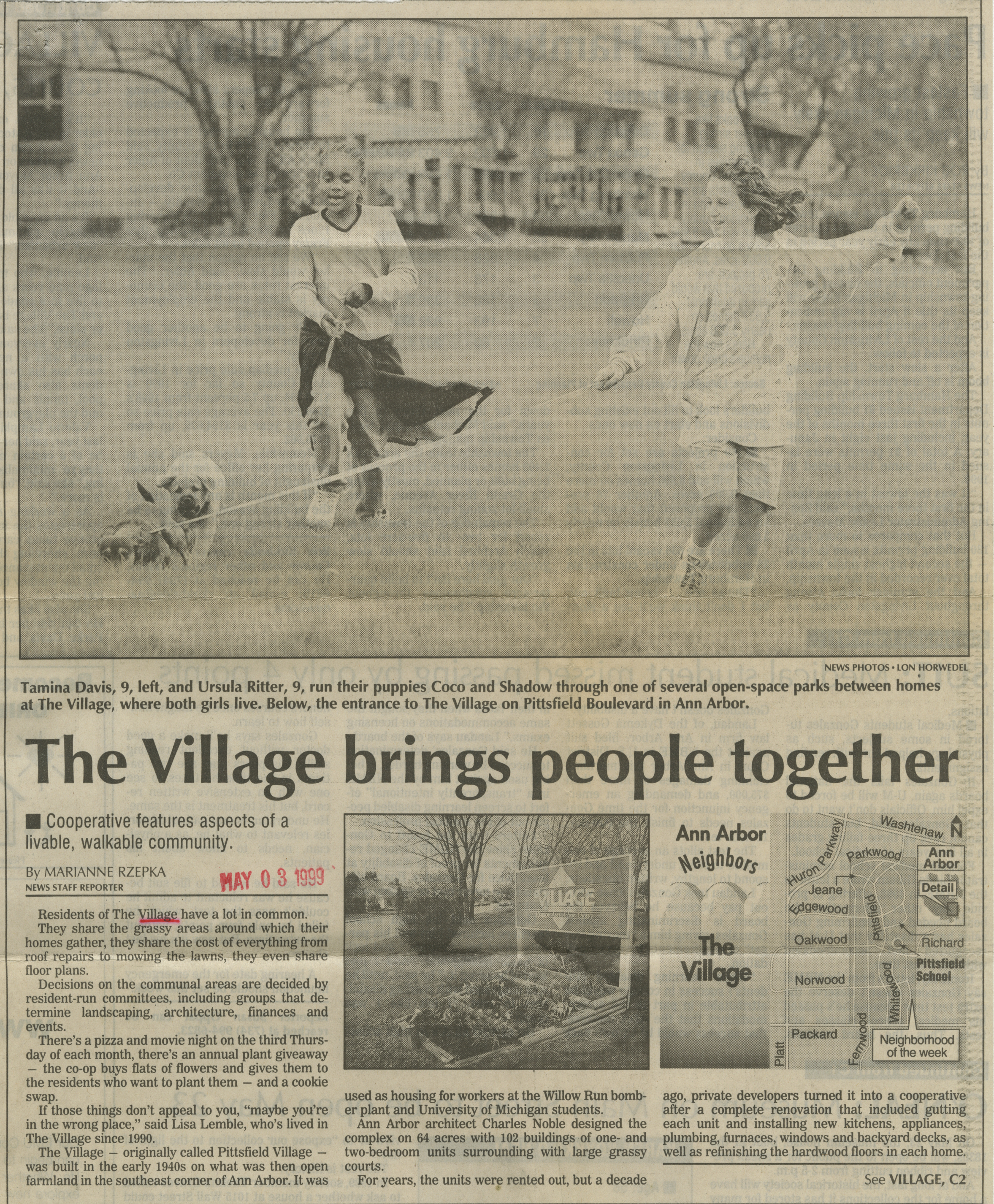 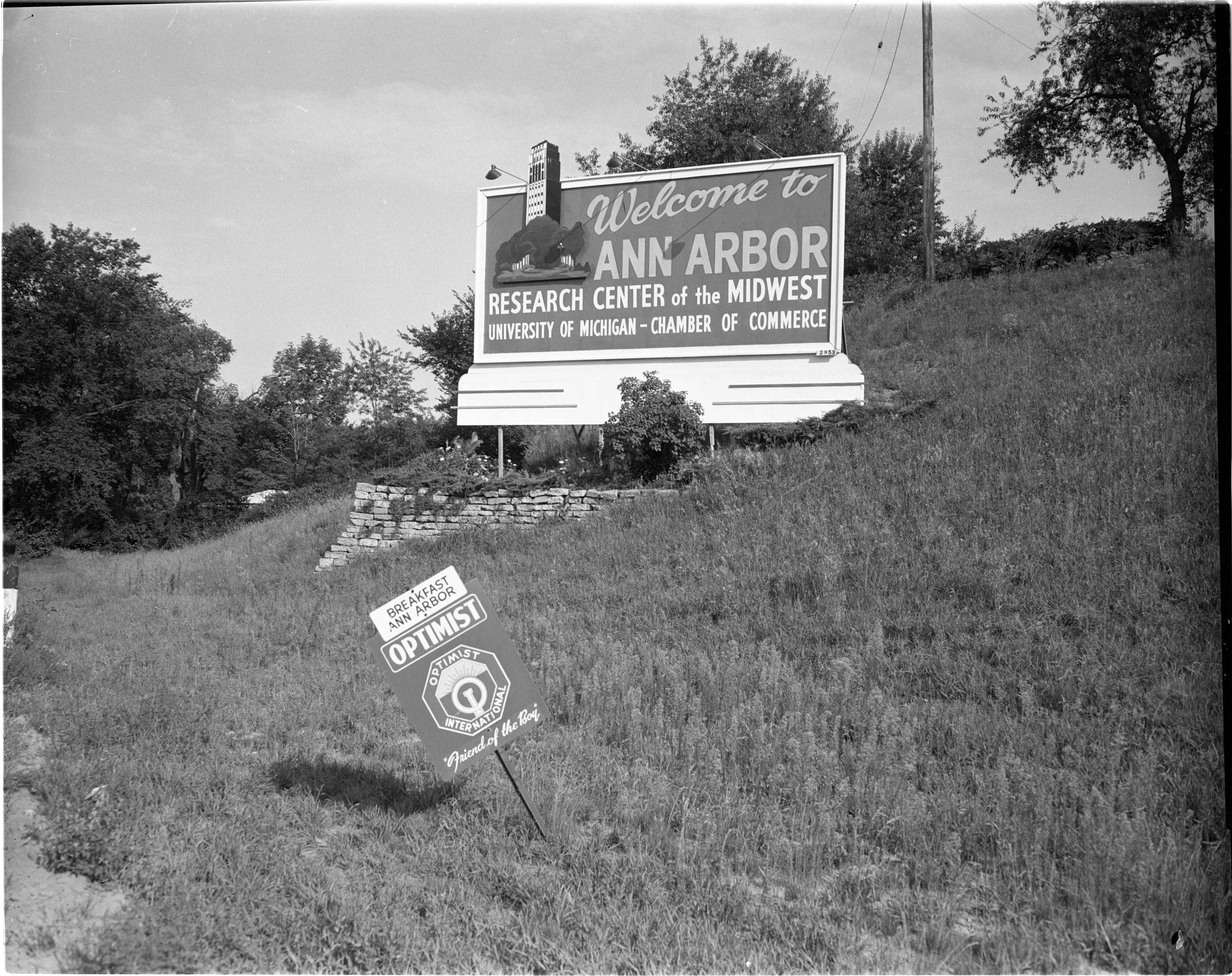 Published In
Ann Arbor News, August 26, 1958
Caption
NEW WELCOME SIGN: The recent establishment here of research plants of Bendix Aviation Corp. and Parke, Davis & Co., together with the increasing research conducted by the University, have caused the Ann Arbor Chamber of Commerce to erect this sign at the Washtenaw Ave. entrance to the city. Similar signs are planned at other entrances.
Copyright
Copyright Protected 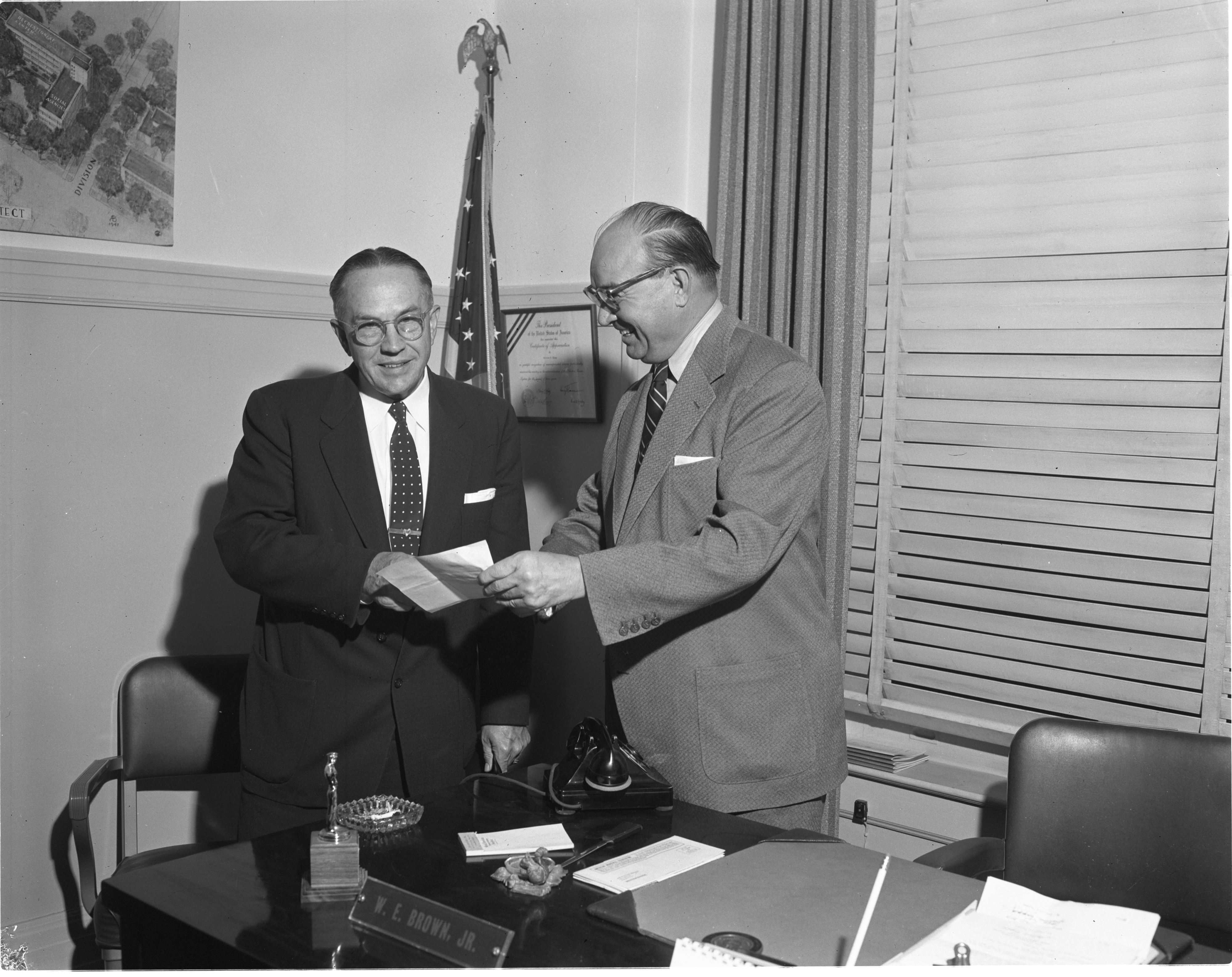 Published In
Ann Arbor News, June 5, 1956
Caption
DISCUSS RESEARCH CENTER: T. C. Anderson (left), a Parke, Davis & Co. vice-president, confers with Mayor William E. Brown, jr., prior to the City Council meeting last night. Anderson, the Detroit firm's director of production and engineering, appeared at the council meeting to express his company's appreciation for co-operation of the council and University on steps to possibly locate a $10,000,000 Parke-Davis Research center in Ann Arbor. The center would be situated in the North Campus area, and its research work would be associated with that of the University. Anderson did not say that Parke-Davis had decided to place the center in Ann Arbor, but he spoke favorably of its location here.
Copyright
Copyright Protected 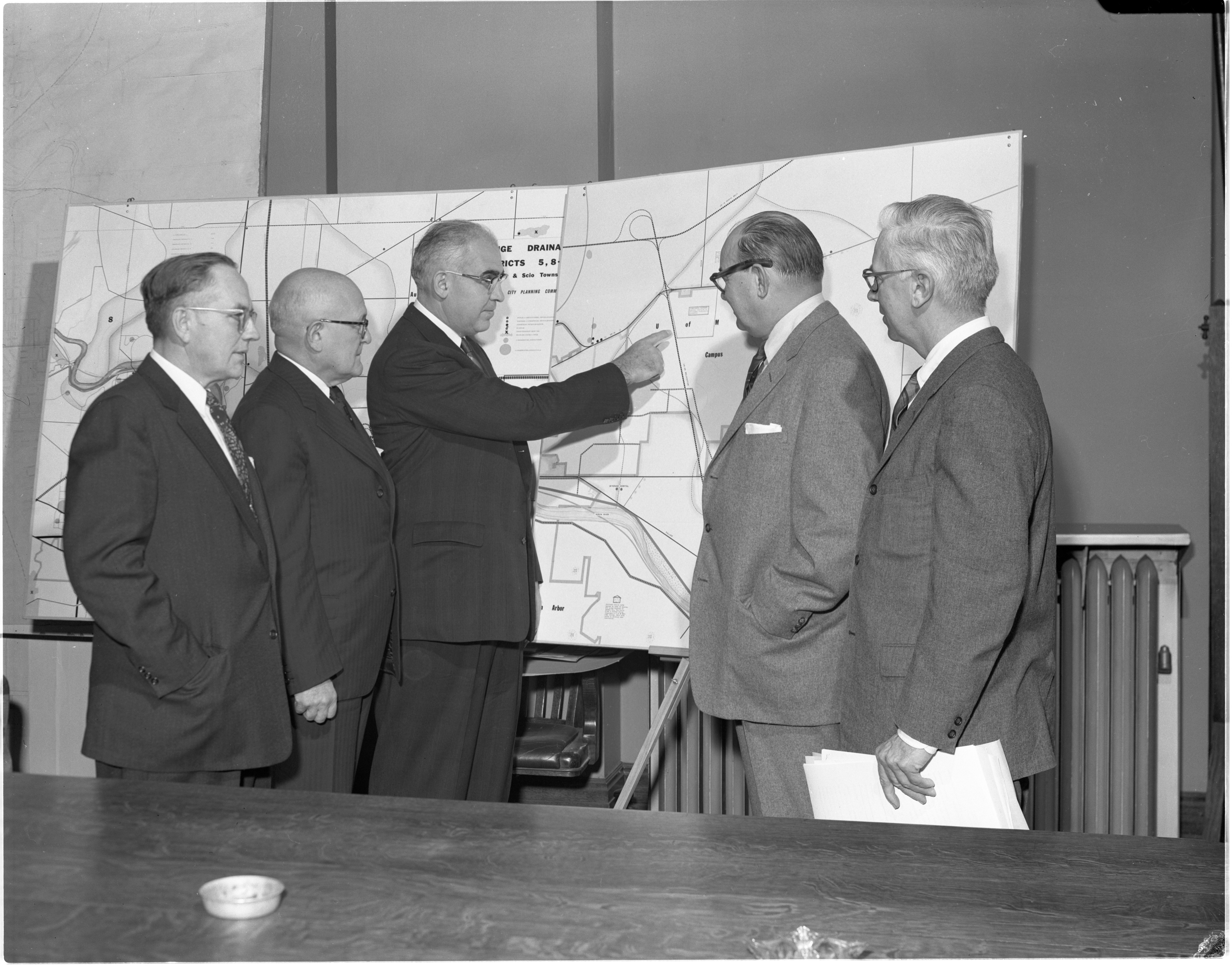 Documents Are Signed Enabling The Location Of Parke Davis & Co. And The Bendix Aviation Corp. In Ann Arbor, December 1956 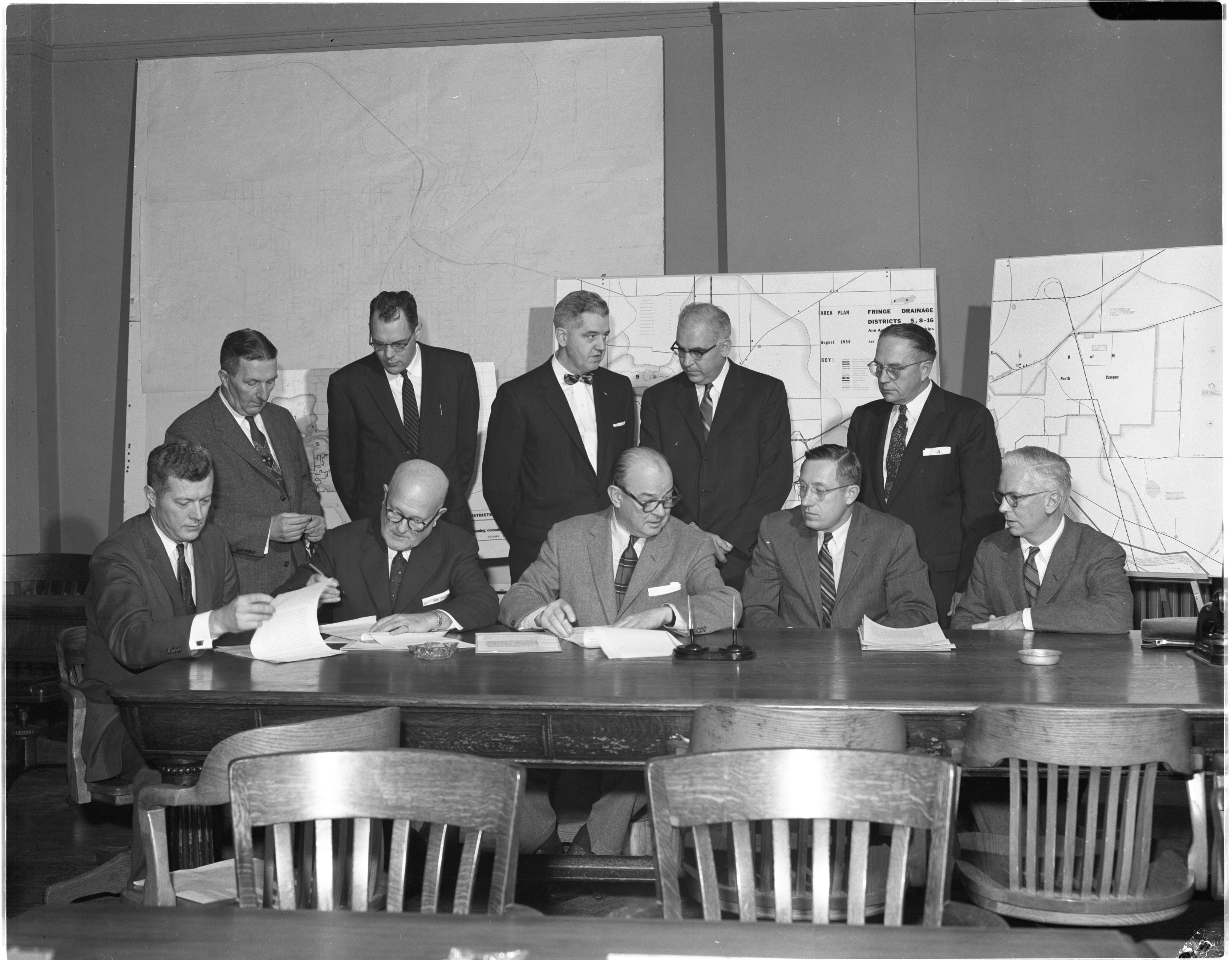 Where Institutions Will Be 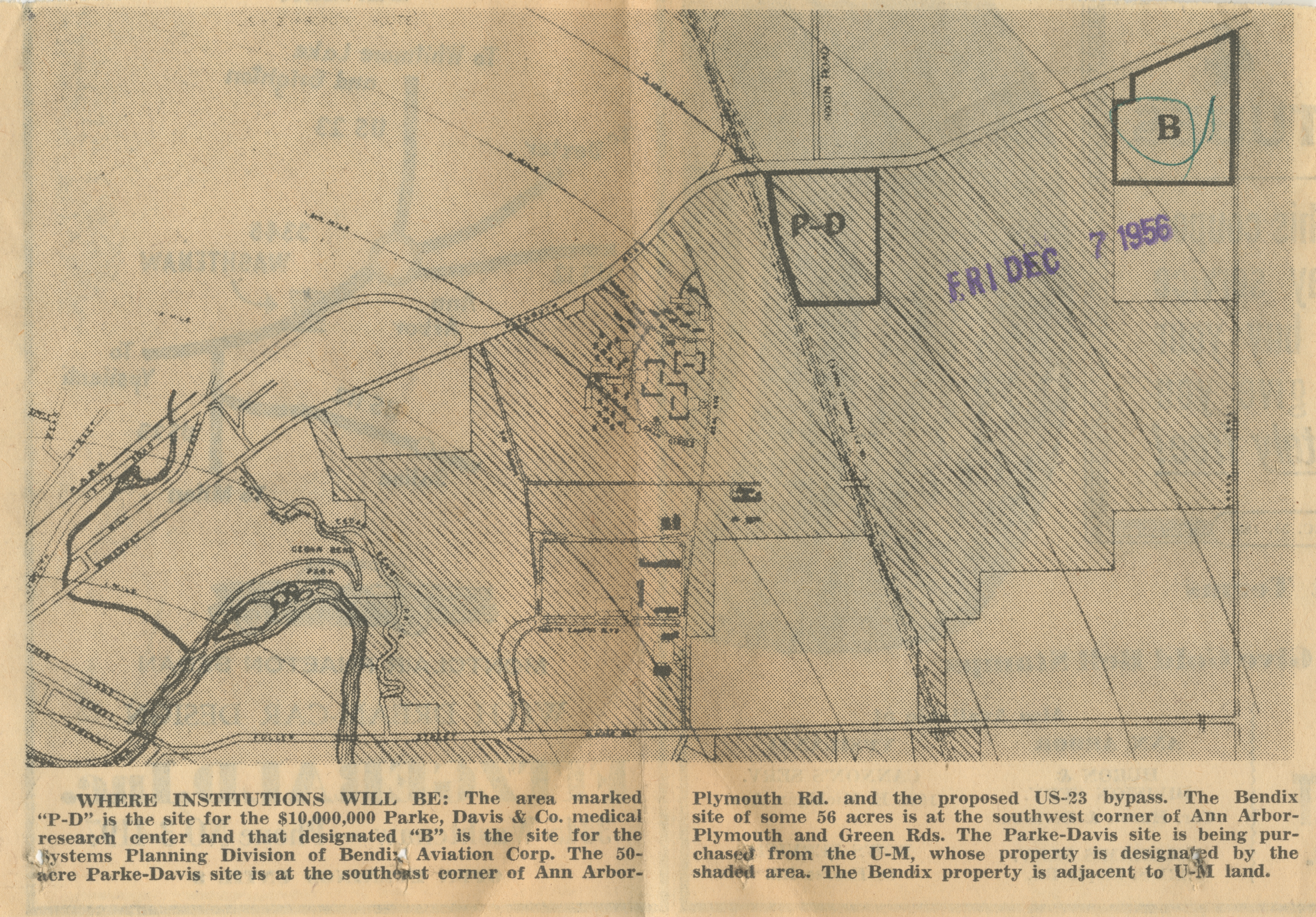