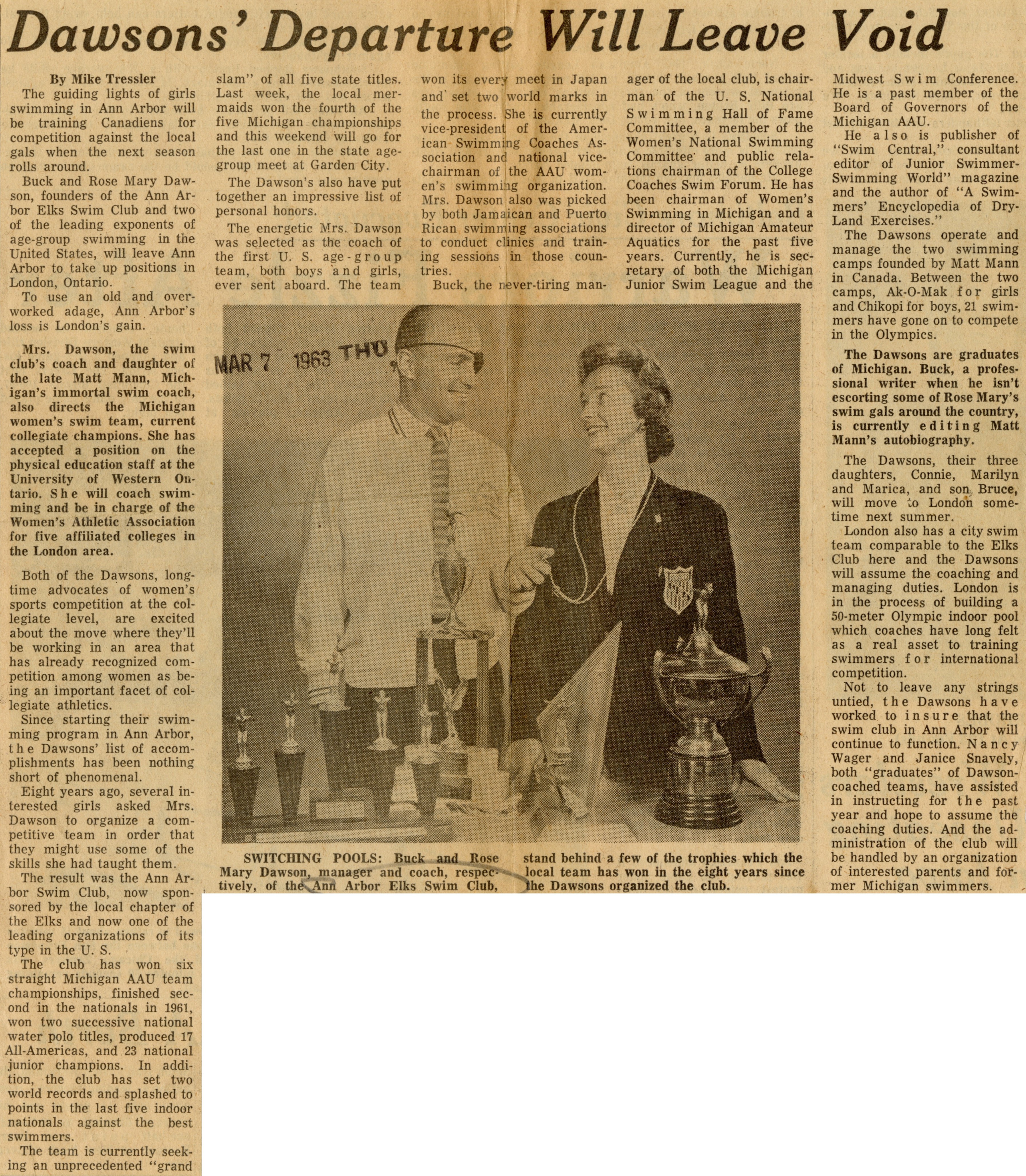 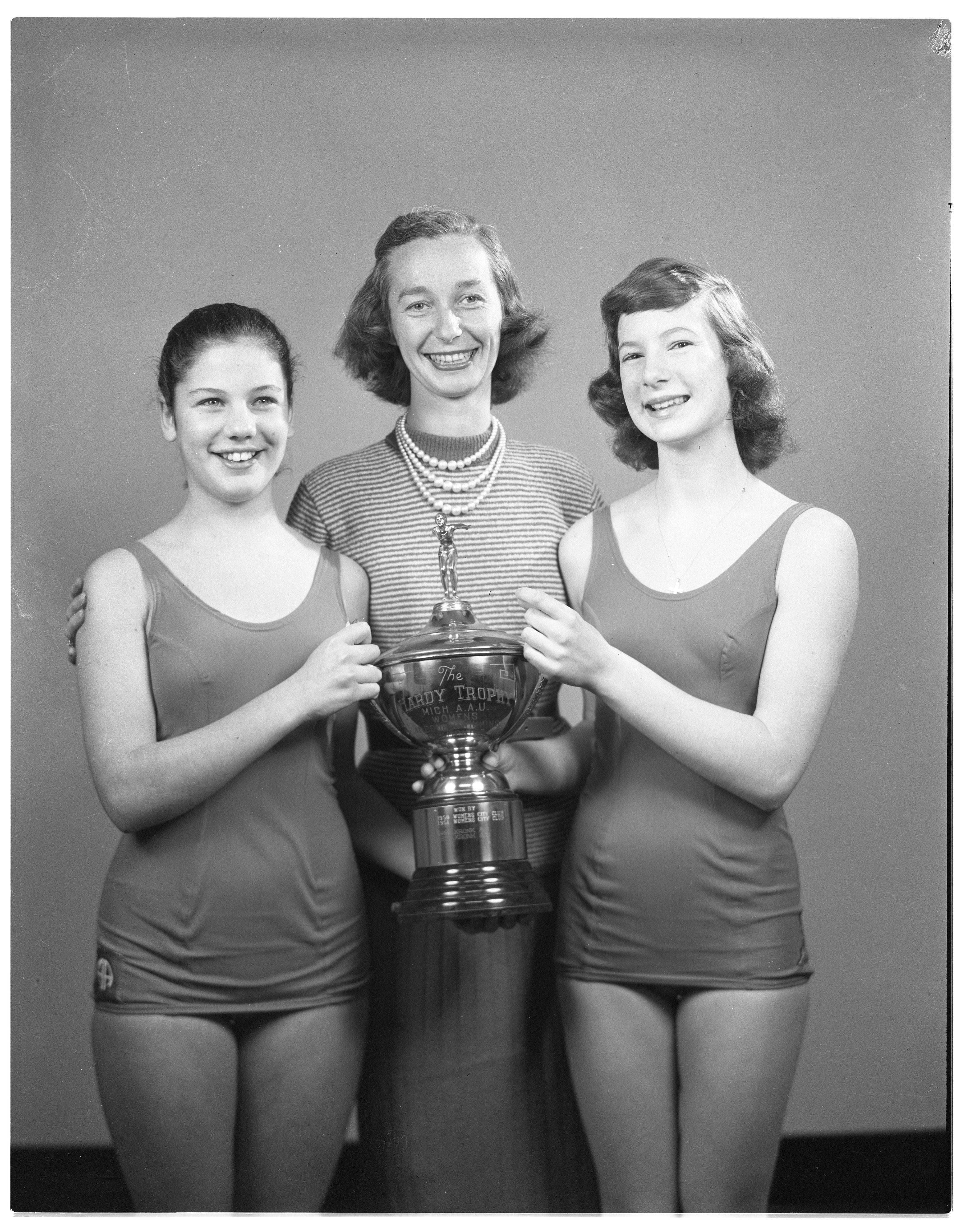 Published In
Ann Arbor News, March 24, 1958
Caption
THE BIG POINT: Twelve-year-old Robin Lawrence (left) and 14-year-old Janice Snavely (right) give each other the credit while their coach, Rose Mary Dawson (center), is impartially pleased with both. But a pointed question could be raised as to whether it was Miss Lawrence's or Miss Snavely's point which accounted for the Ann Arbor Swim Club's team victory, 98-97 over Detroit Turners, in the State Women's Championships. Miss Lawrence picked up a surprise point in the 200-yard back stroke while Miss Snavely gained one in the 500-yard free style. Without their two points, the 96 gained by teammates wouldn't have been enough to bring the Hardy Trophy to Ann Arbor.
Copyright
Copyright Protected 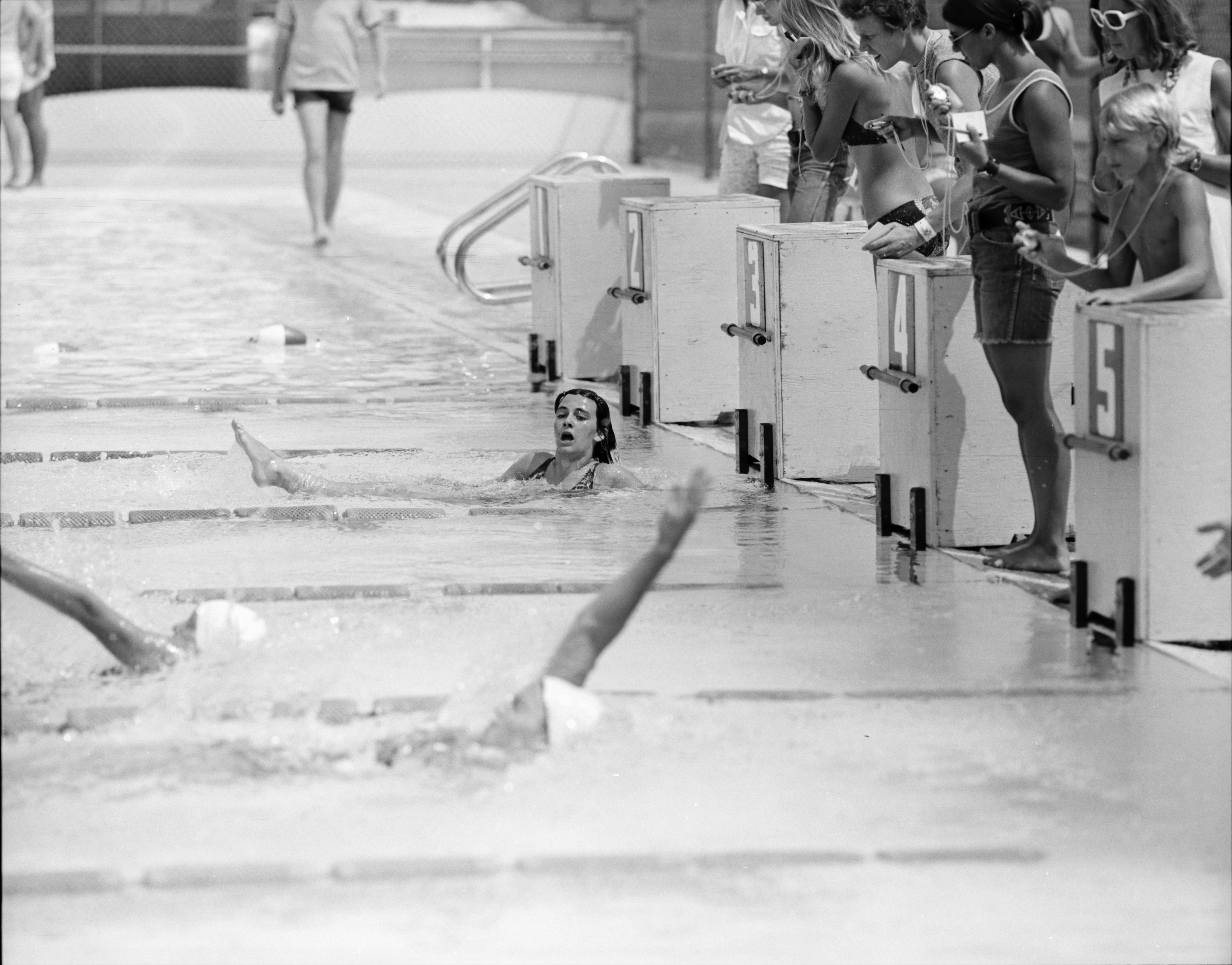 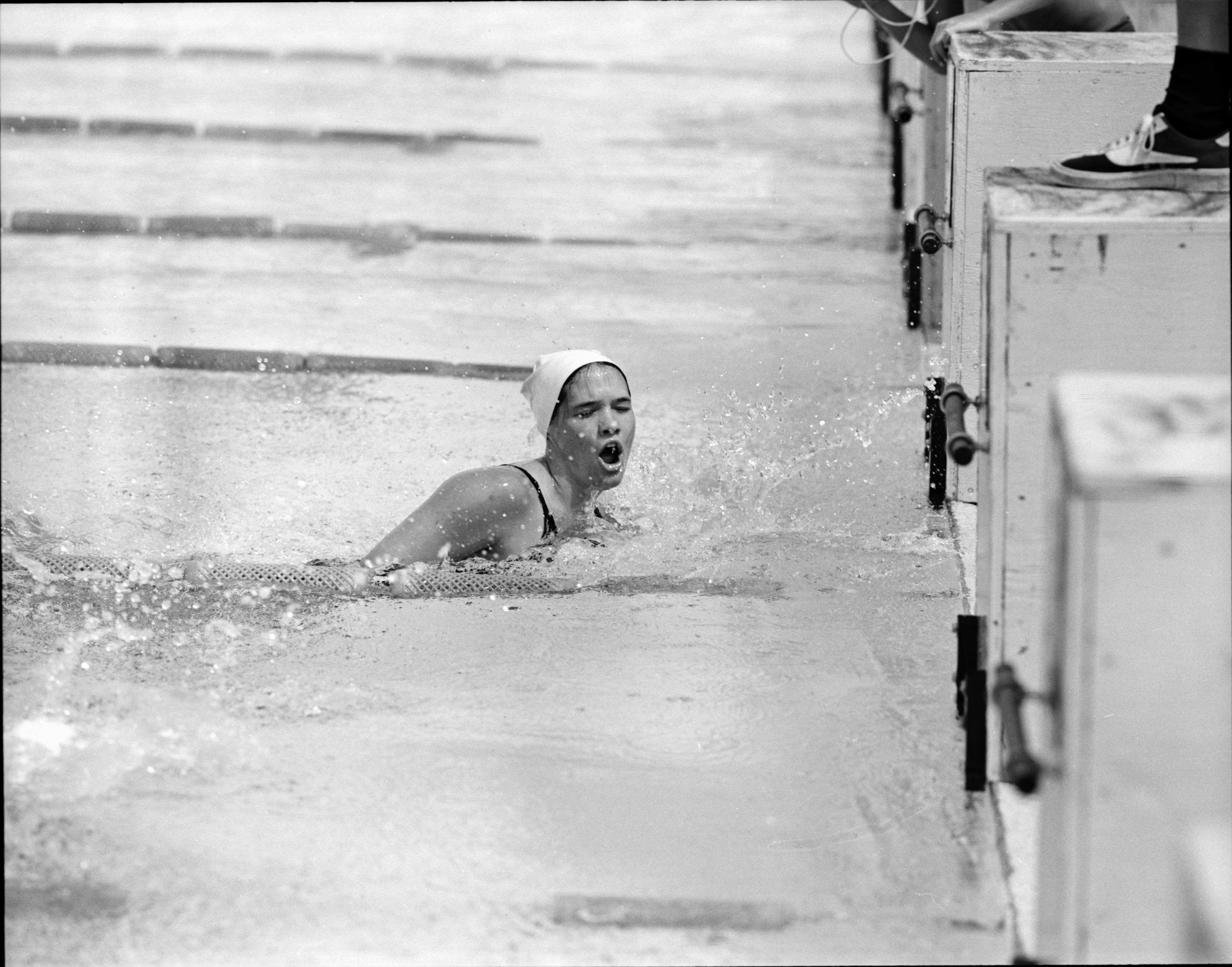 Published In
Ann Arbor News, July 27, 1972
Caption
City Champ: Jenny Ogle reigns as the city's 100-meter freestyle swim champion after beating out her sister, Julie, by a few seconds in the annual City Swim Meet held at Fuller Pool. Jenny was timed in 1:07, and Julie in 1:12.7.
Copyright
Copyright Protected 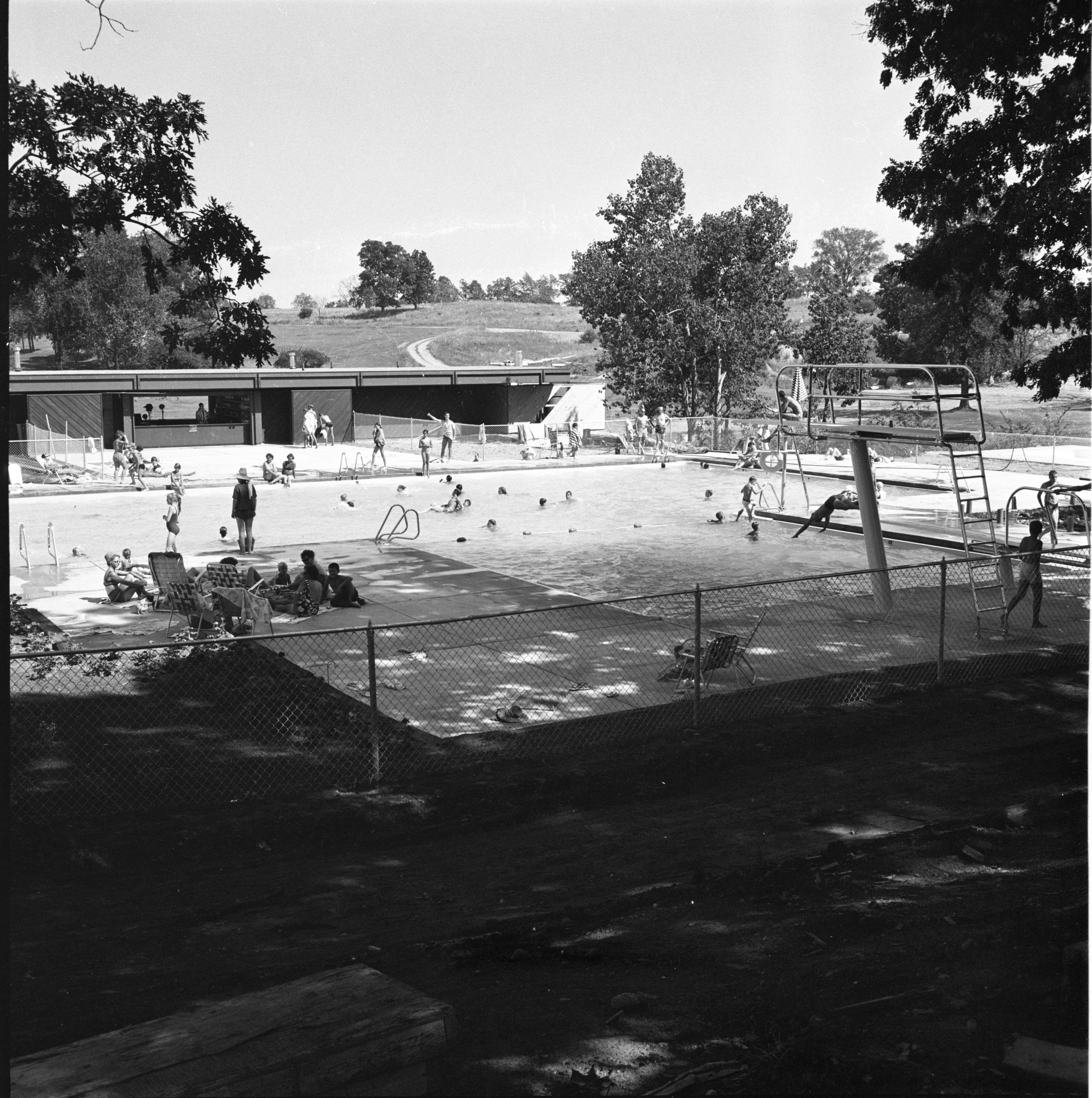 Published In
Ann Arbor News, July 29, 1964
Caption
KEEPING COOL: Ann Arbor Country Club members and their children have this pool and changing houses to use. A new clubhouse is projected. The AACC is seeking additional members.
Copyright
Copyright Protected 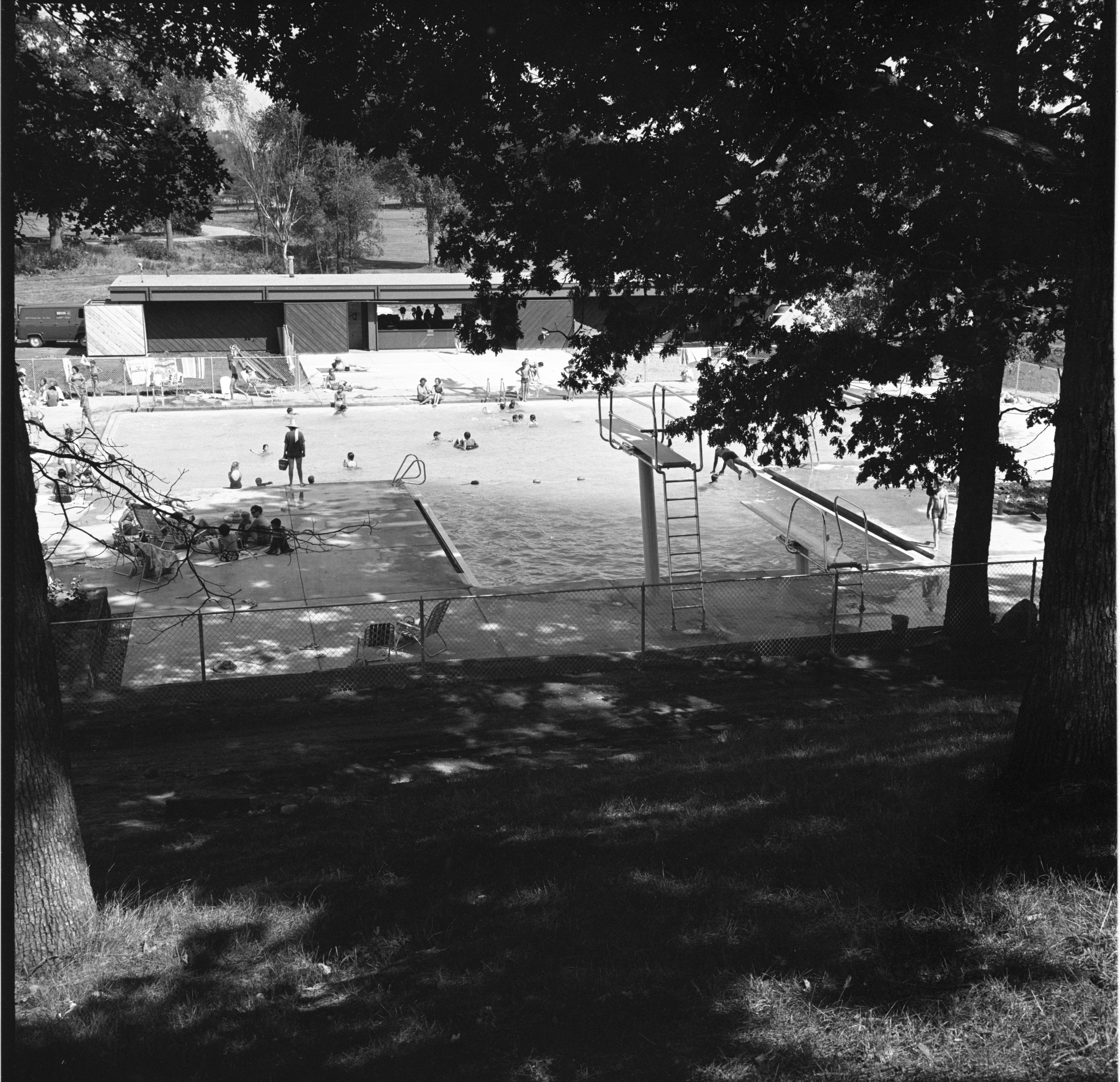 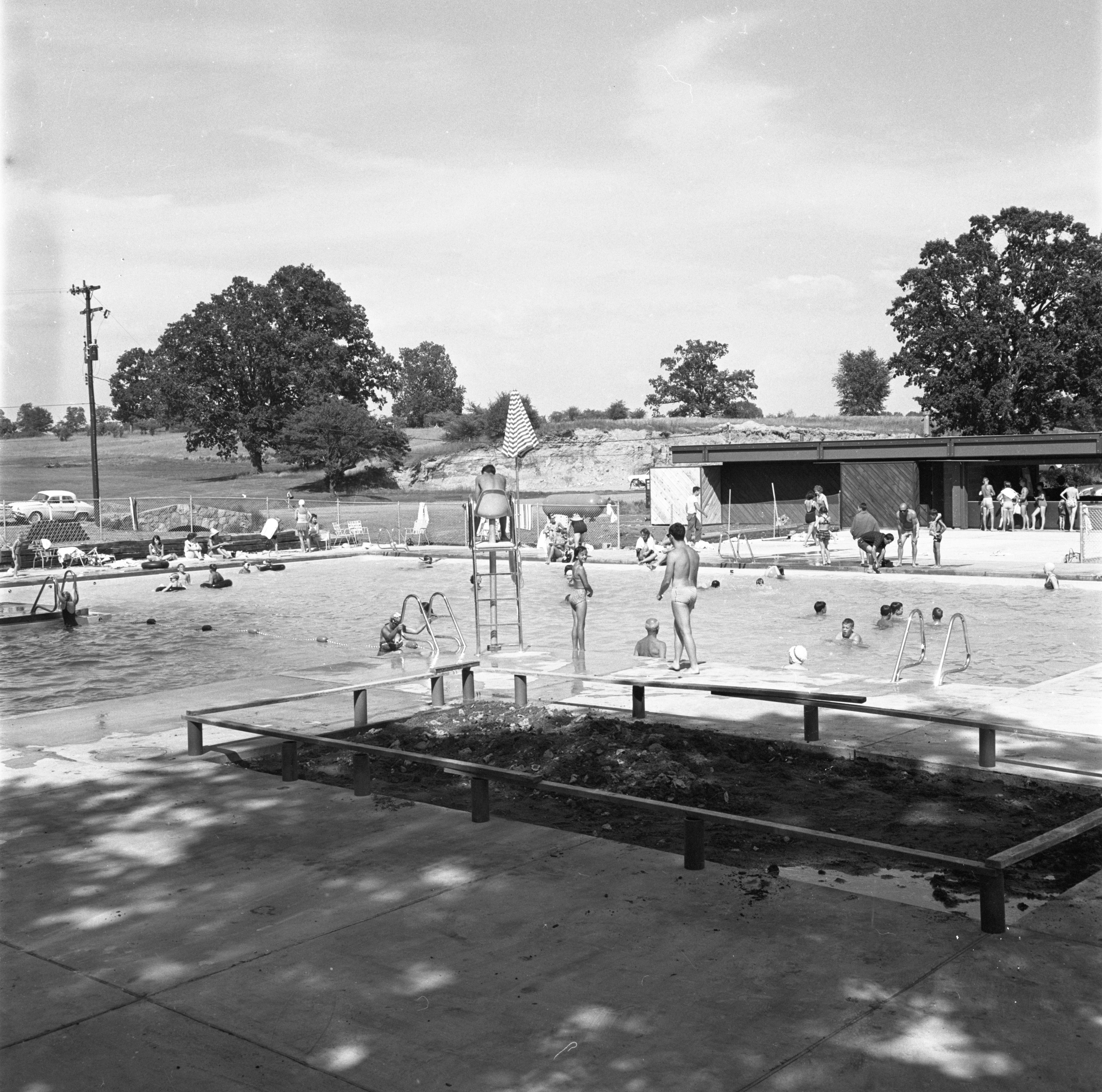 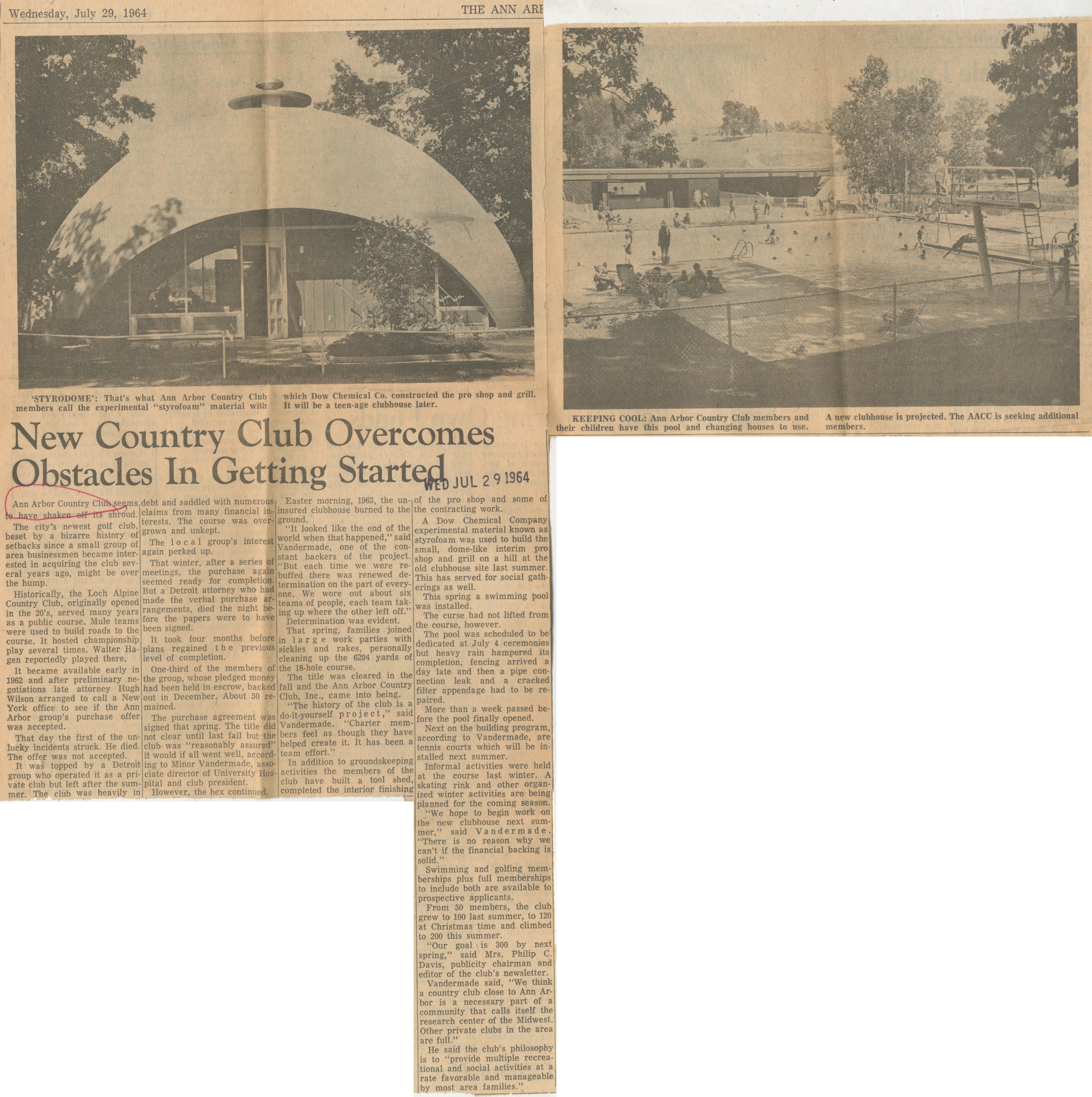 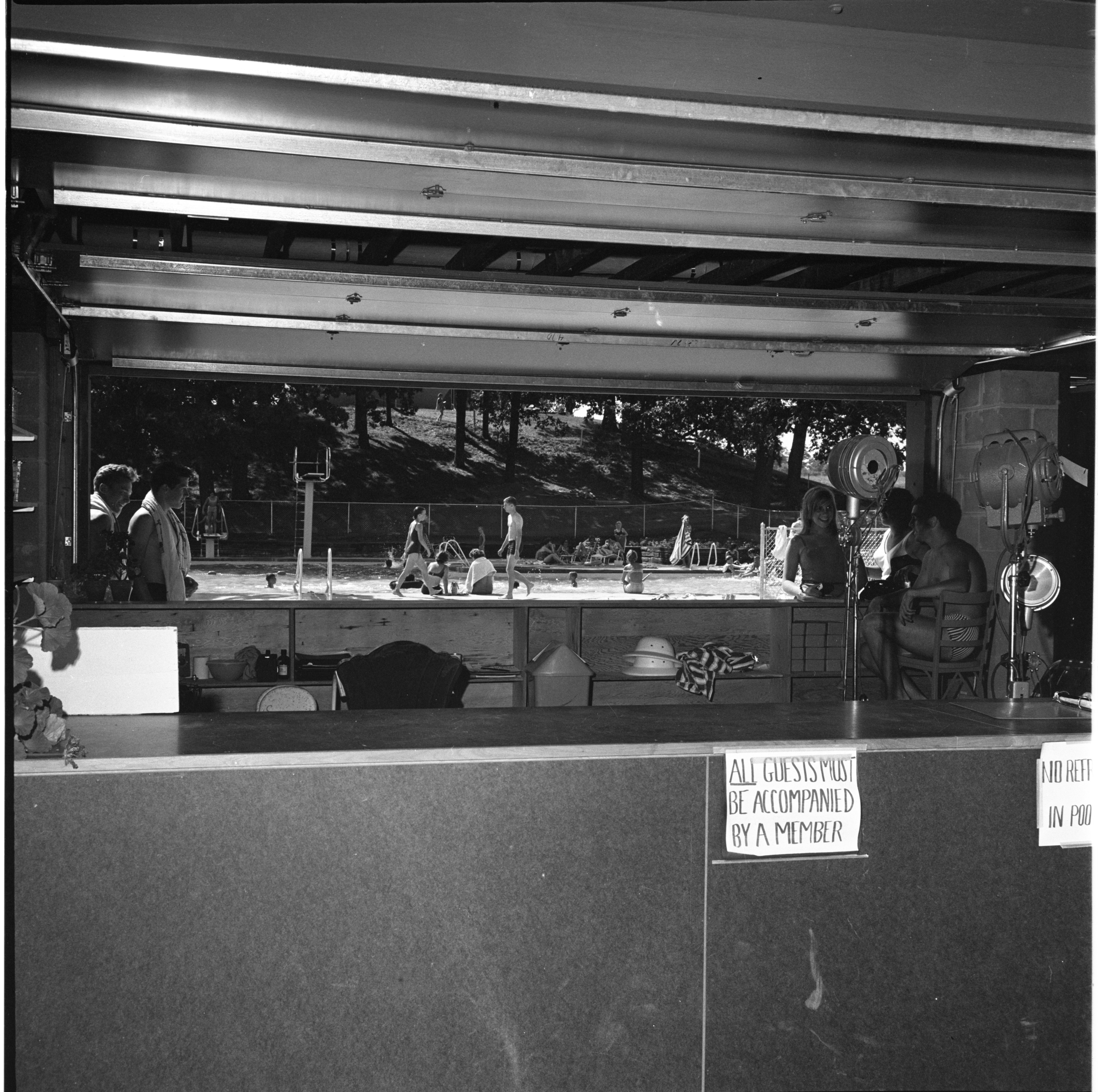 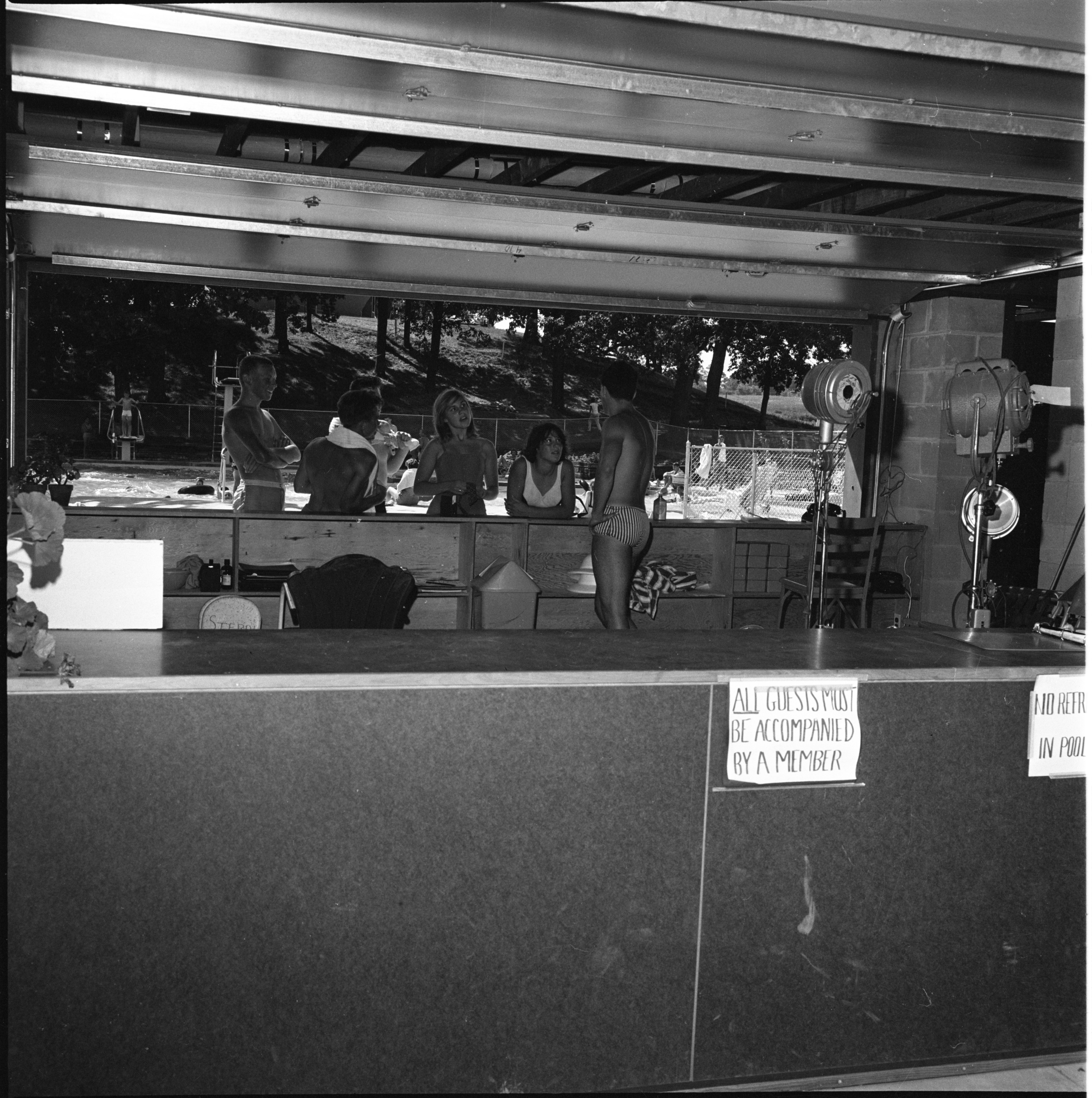