Bill Skelton Drives A Snowmobile Up Division Street After A Snow Storm, February 1965 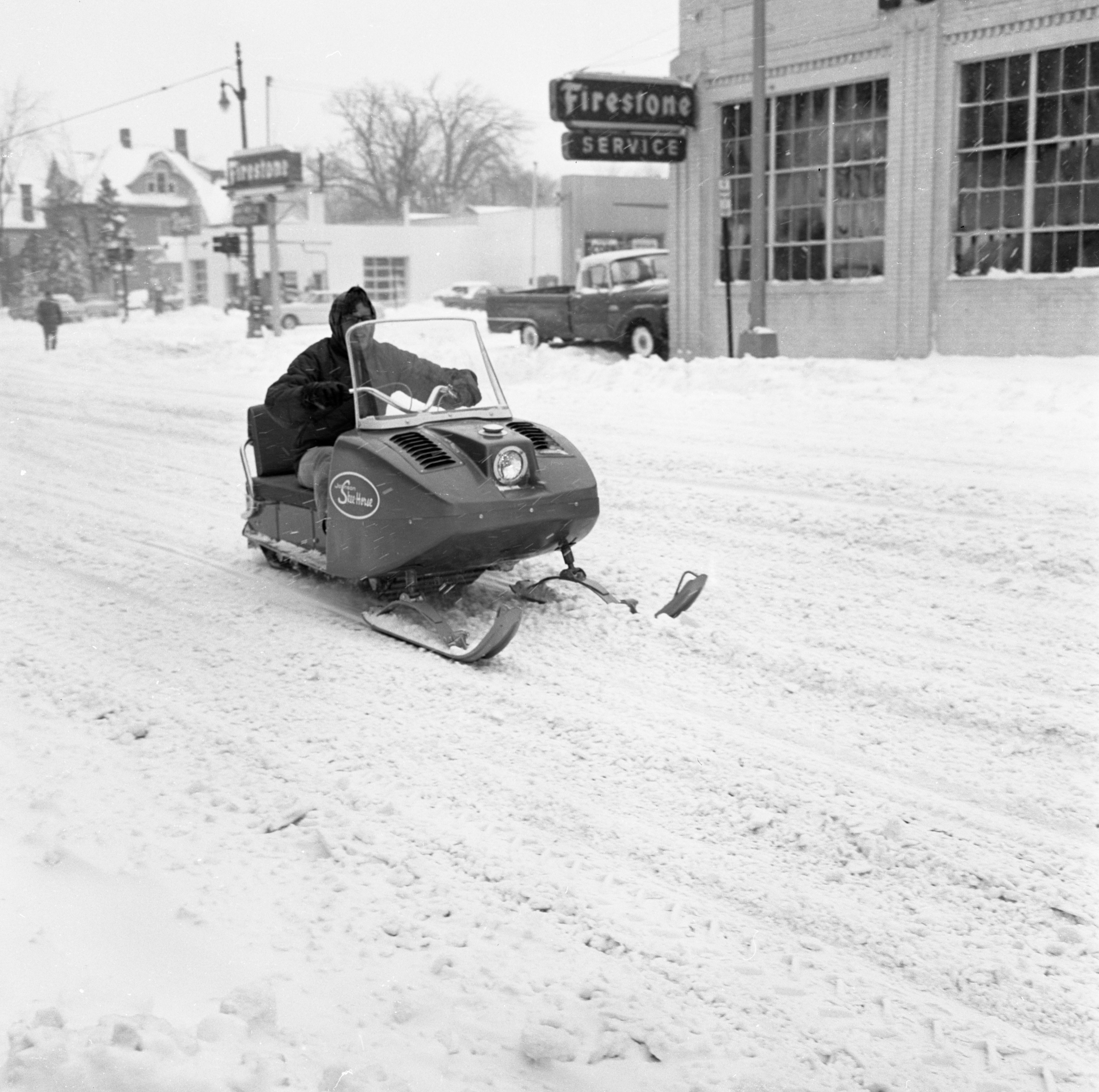 Published In
Ann Arbor News, February 26, 1965
Caption
"What, me worry?" seems to be the attitude of Bill Skelton as he propels his "Skee Horse" past frustrated motorists. The motorized sled breezed through where many car owners feared to tread.
Copyright
Copyright Protected

Photographs Capture Many Facets Of Scene 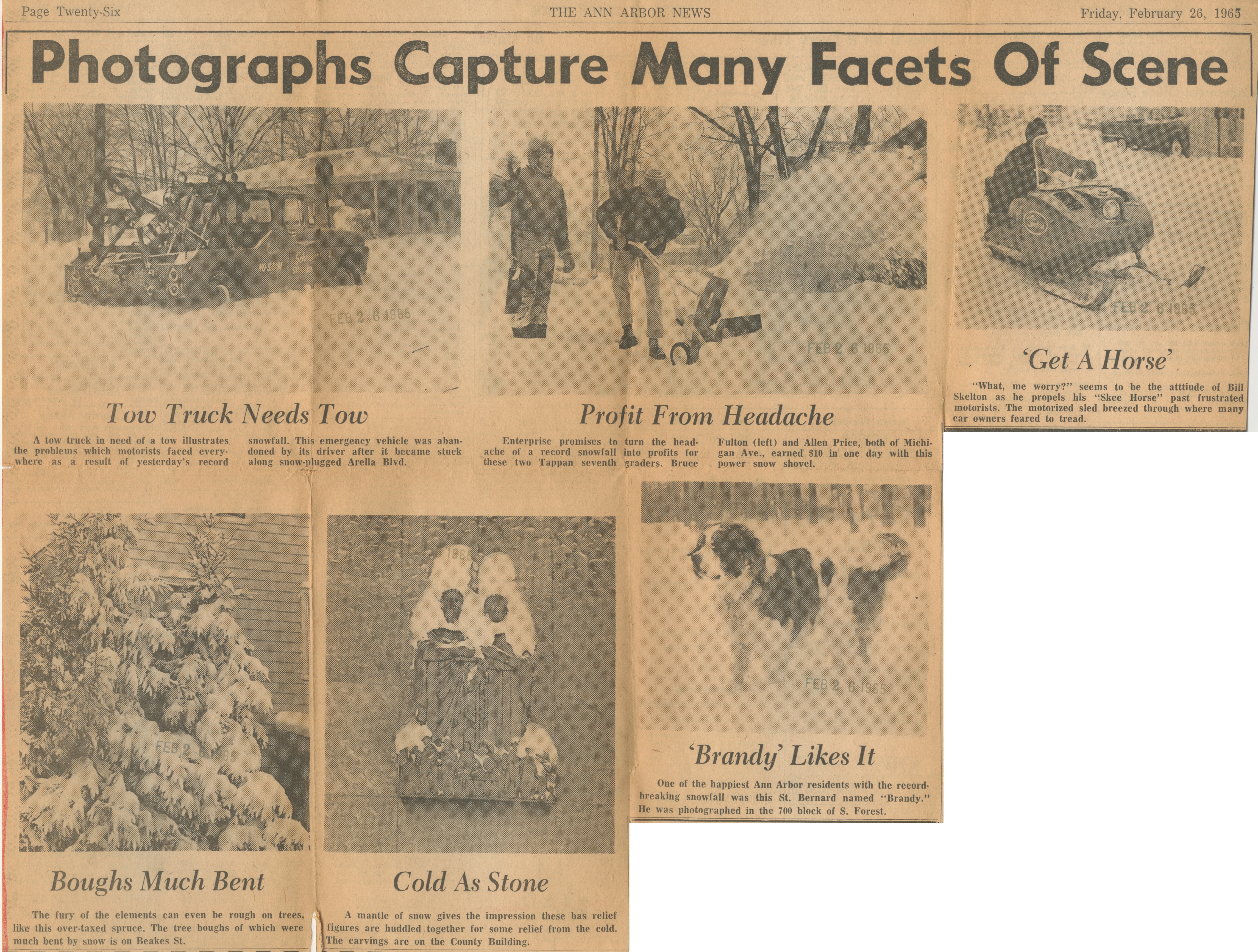 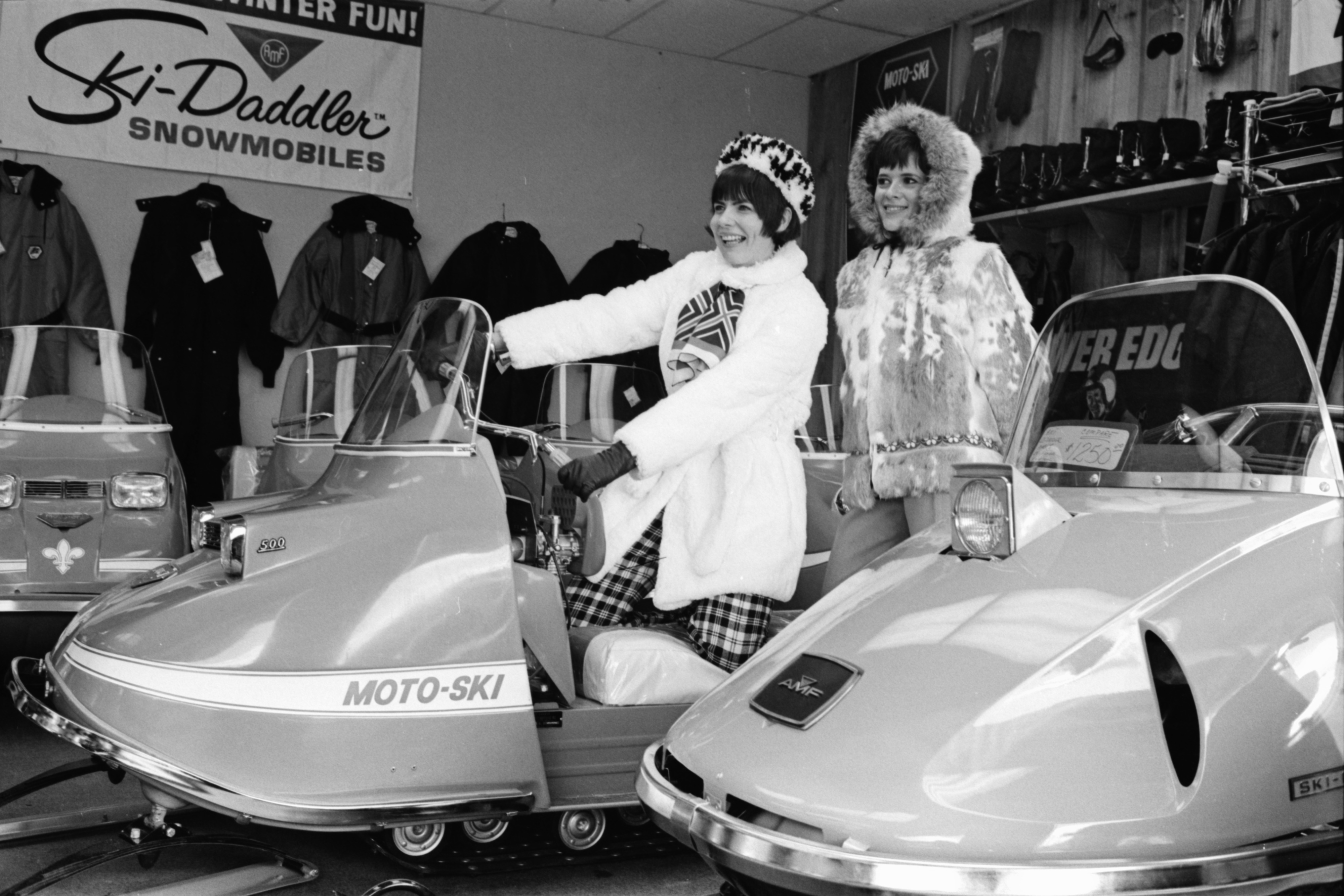