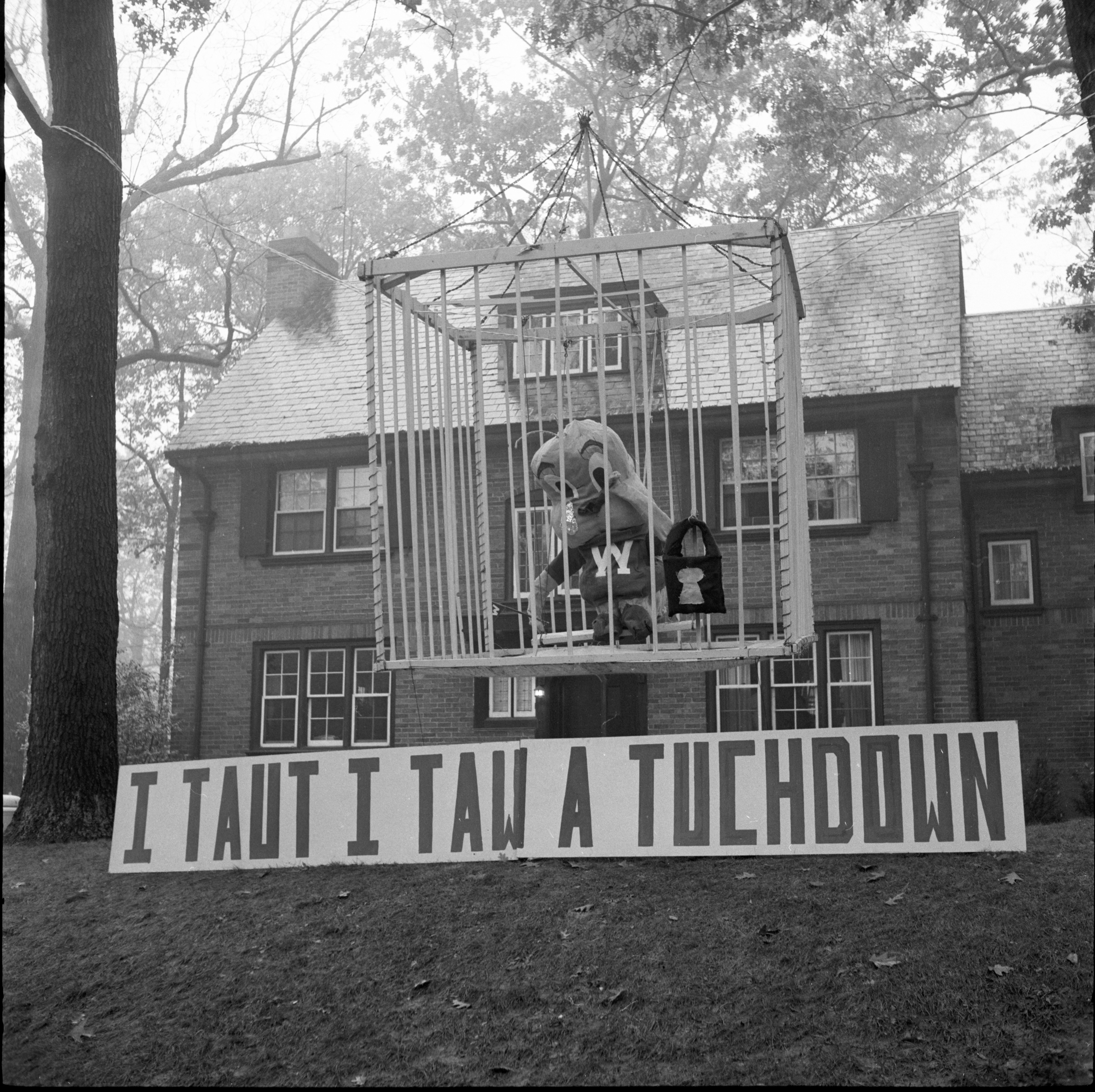 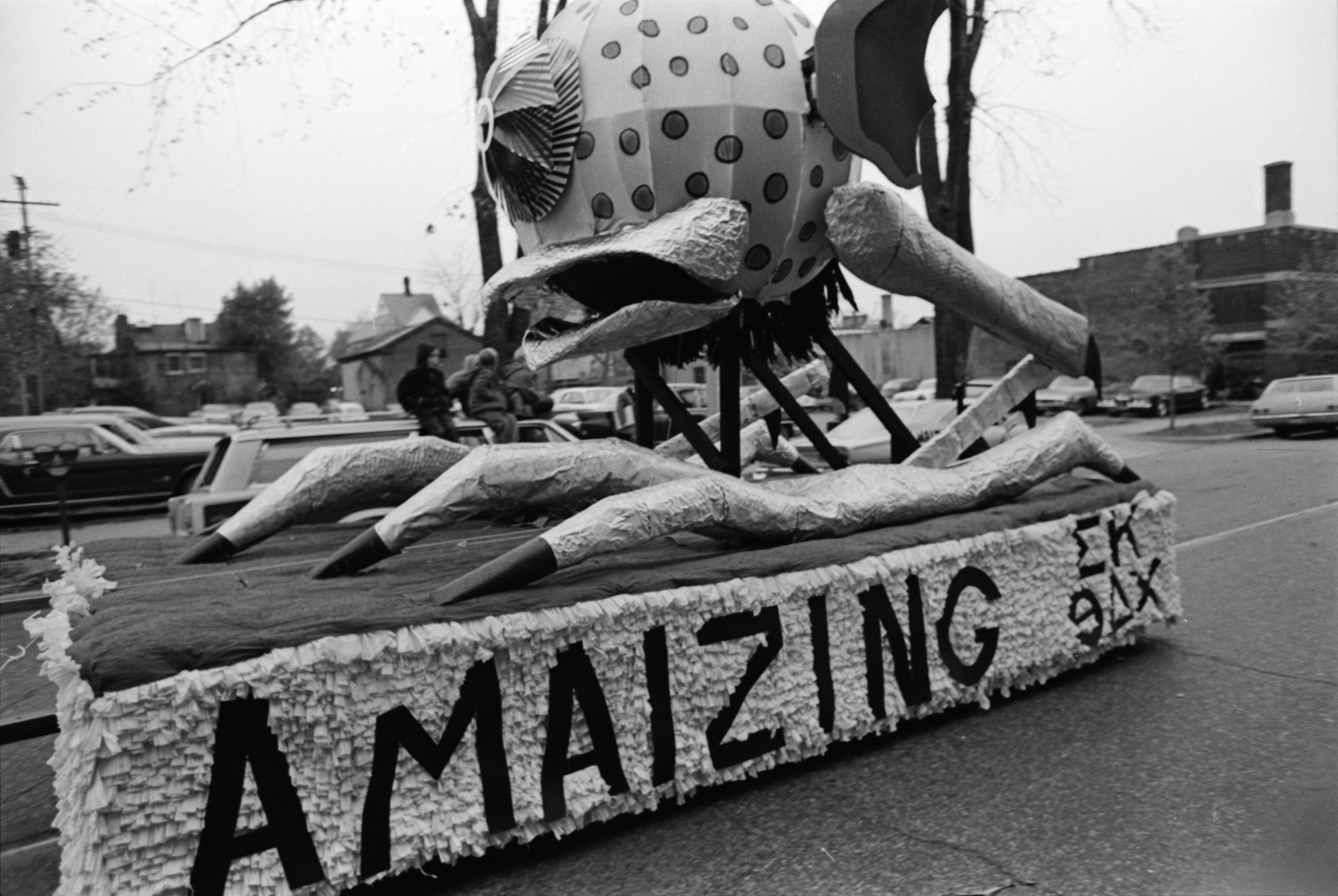 Published In
Ann Arbor News, November 1, 1969
Caption
Float Wins New Alumni Award. This float in the University's Homecoming parade--described by one of its creators as "a make believe yellow monster with a big eye that flaps its ears and squirts steam"--won a new U-M Alumni Association award as superior float of the year. Builders were Theta Delta Chi fraternity and Sigma Kappa sorority. This year's theme for floats was "Motions in Maize." The new award is a plaque which will go to a new winner yearly.
Copyright
Copyright Protected
Subscribe to Sigma Kappa Sorority