Canisters Raise Funds in the Fight Against Polio, January 1940 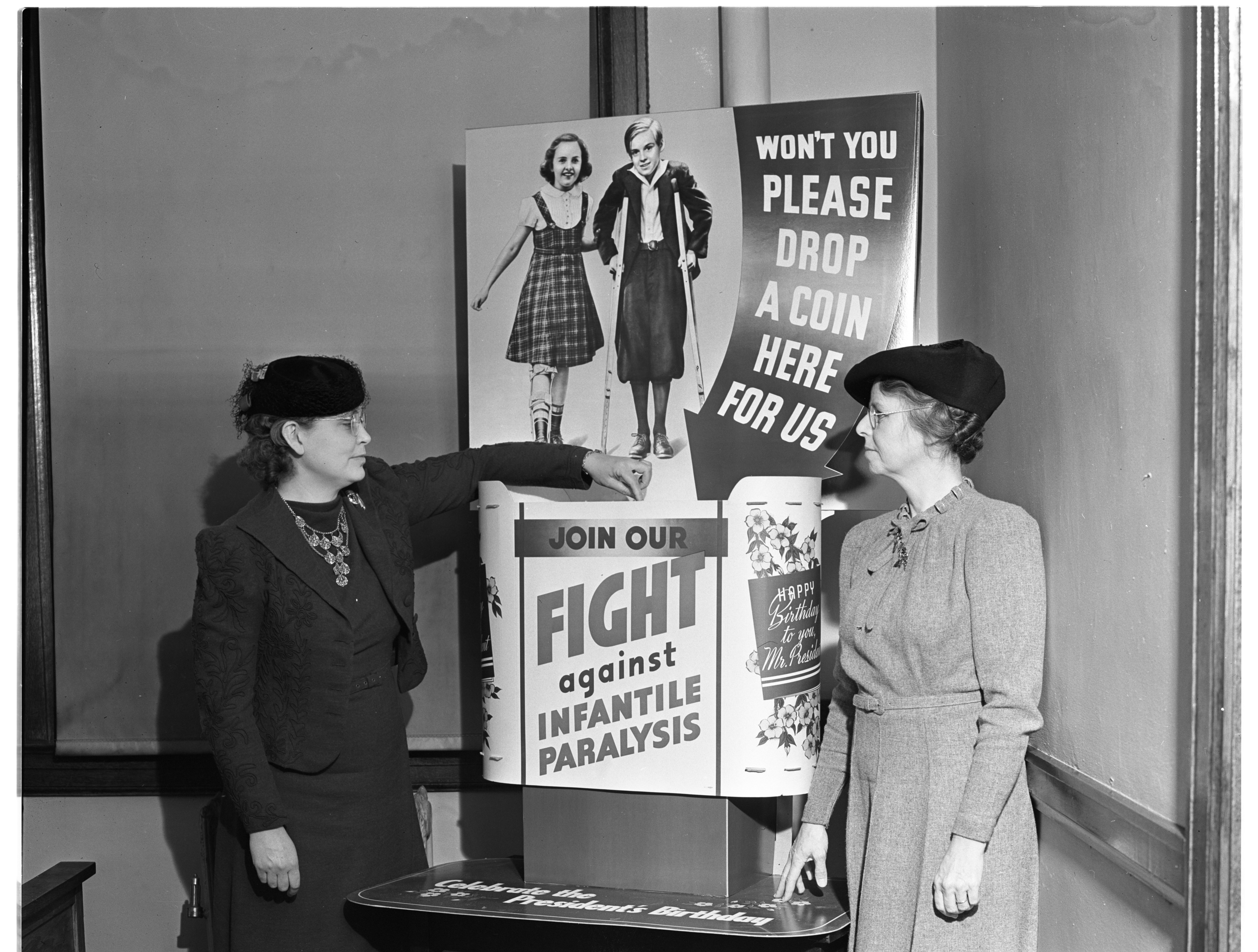 Published In
Ann Arbor News, January 23, 1940
Caption
One Way To Contribute To Paralysis Fund: As one phase of the four-way campaign in Ann Arbor and Washtenaw county to raise funds for the war against infantile paralysis, coin collection boxes similar to, but smaller than, the display size model shown in the above photograph, have been placed in public buildings, banks, stores and schools in every community in the county. Any amount, from one cent up, may be dropped in the boxes. Half of the sum raised will go to the National Foundation for Infantile Paralysis, Inc., for research and half will be returned to Washtenaw to aid local victims. In the above picture are Mrs. James S. Gault (left), chairman of the campaign in the schools, and Mrs. Bradley Patten (right), who is in charge of the coin collectors. The campaign will continue through this week.
Copyright
Copyright Protected
Subscribe to Wilma Smith Gault