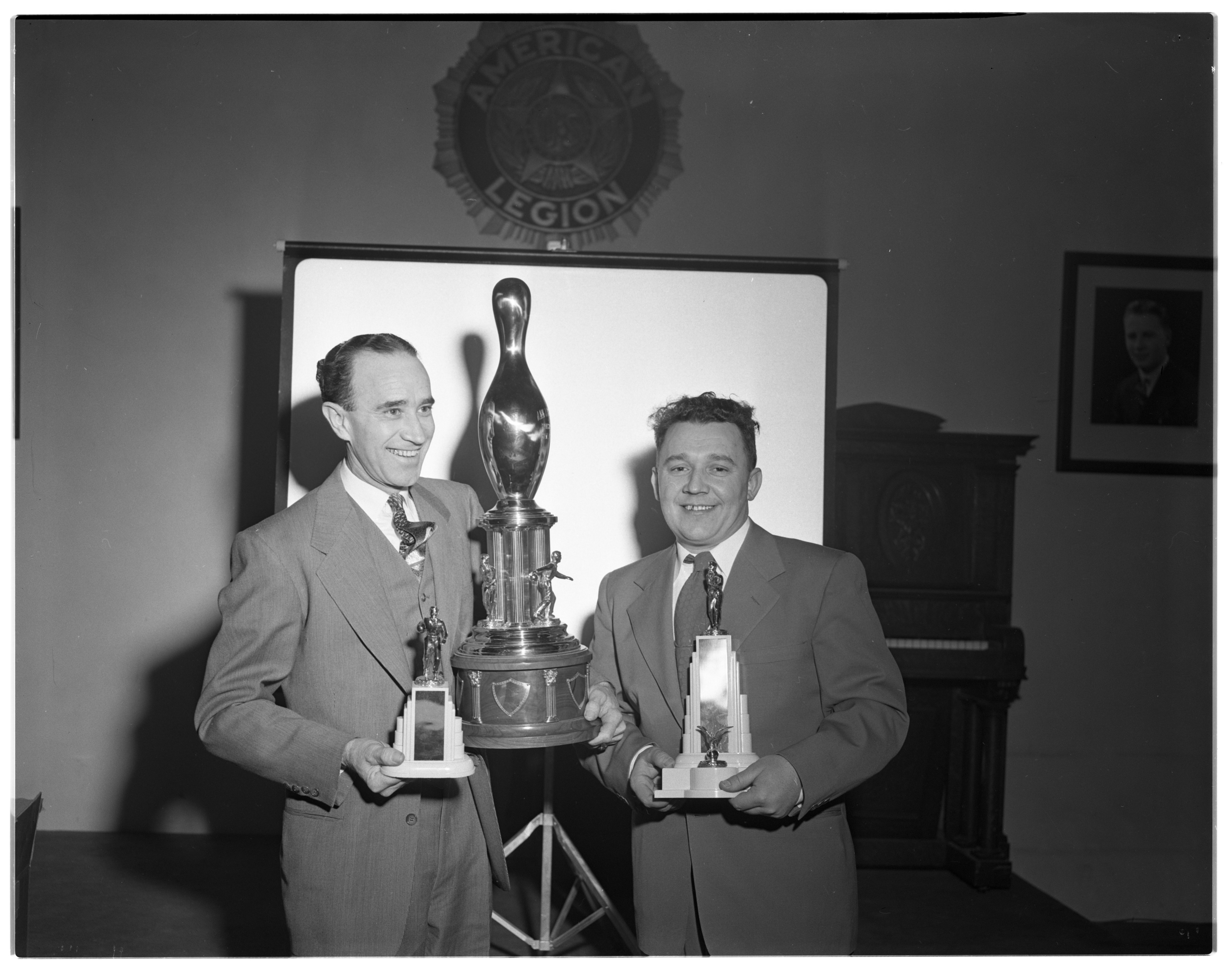 Published In
Ann Arbor News, January 29, 1951
Caption
Wins Sponsor of Year Trophy: Dan Bandrofchak, right, is shown holding a trophy emblematic of Ann Arbor's bowling "Sponsor of the Year." His name was the lucky one drawn from the bowl at the third annual Captain-Sponsor bowling tournament Saturday night at the American Legion Memorial Home. At the left is his captain, Ralph Perkins, holding the big Ann Arbor News trophy on which Bandrofchak's name will be inscribed as well as a small one which goes to Perkins for being the winning captain.
Copyright
Copyright Protected
Subscribe to Ralph Perkins