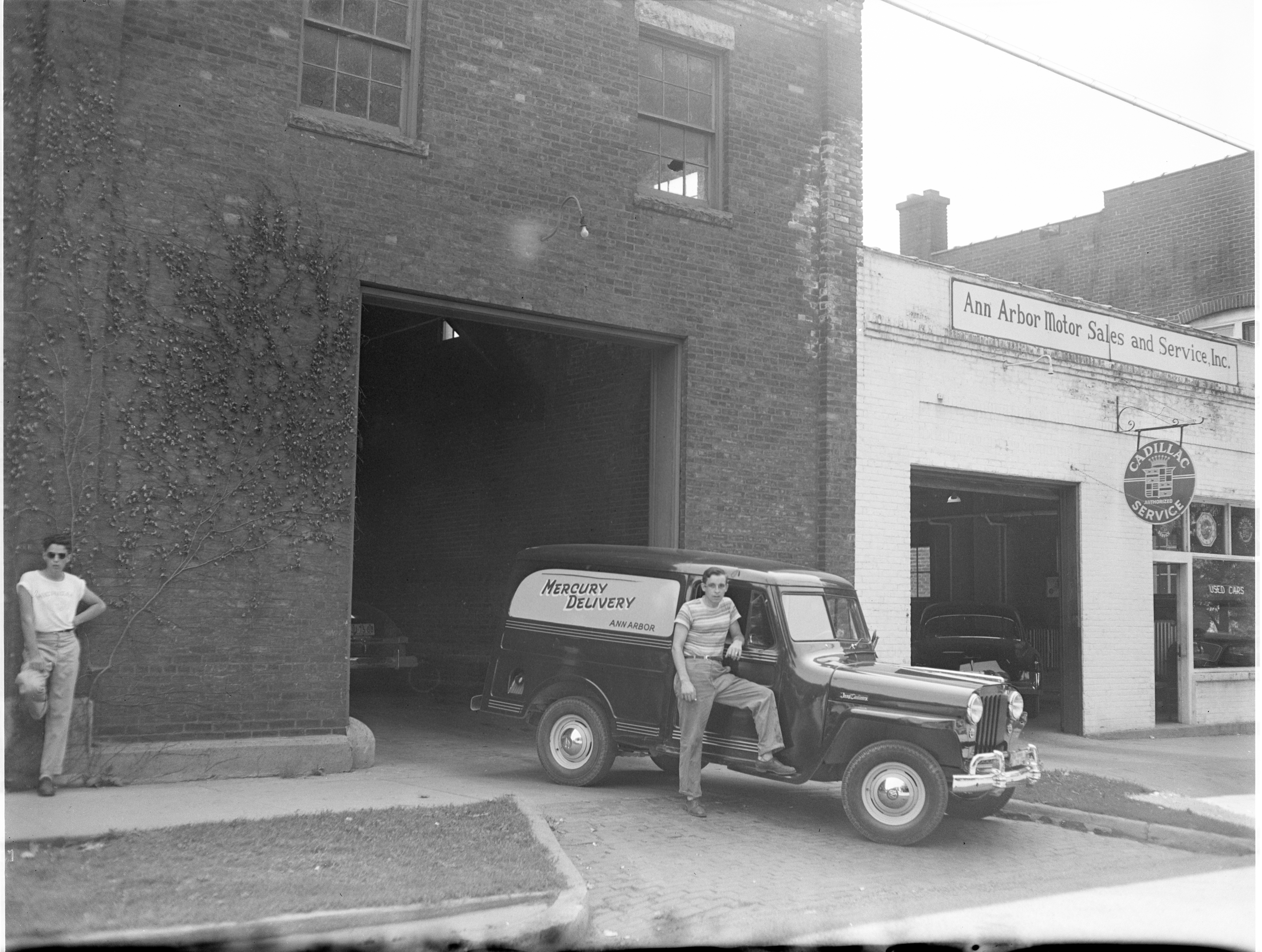 Published In
Ann Arbor News, August 28, 1948
Caption
At the top is a Jeep panel truck, with Ray Shipley, co-owner with Paul Koons of Mercury Delivery, standing along side. Mercury now owns and operates the 41-year-old Merchants' Delivery.
Copyright
Copyright Protected 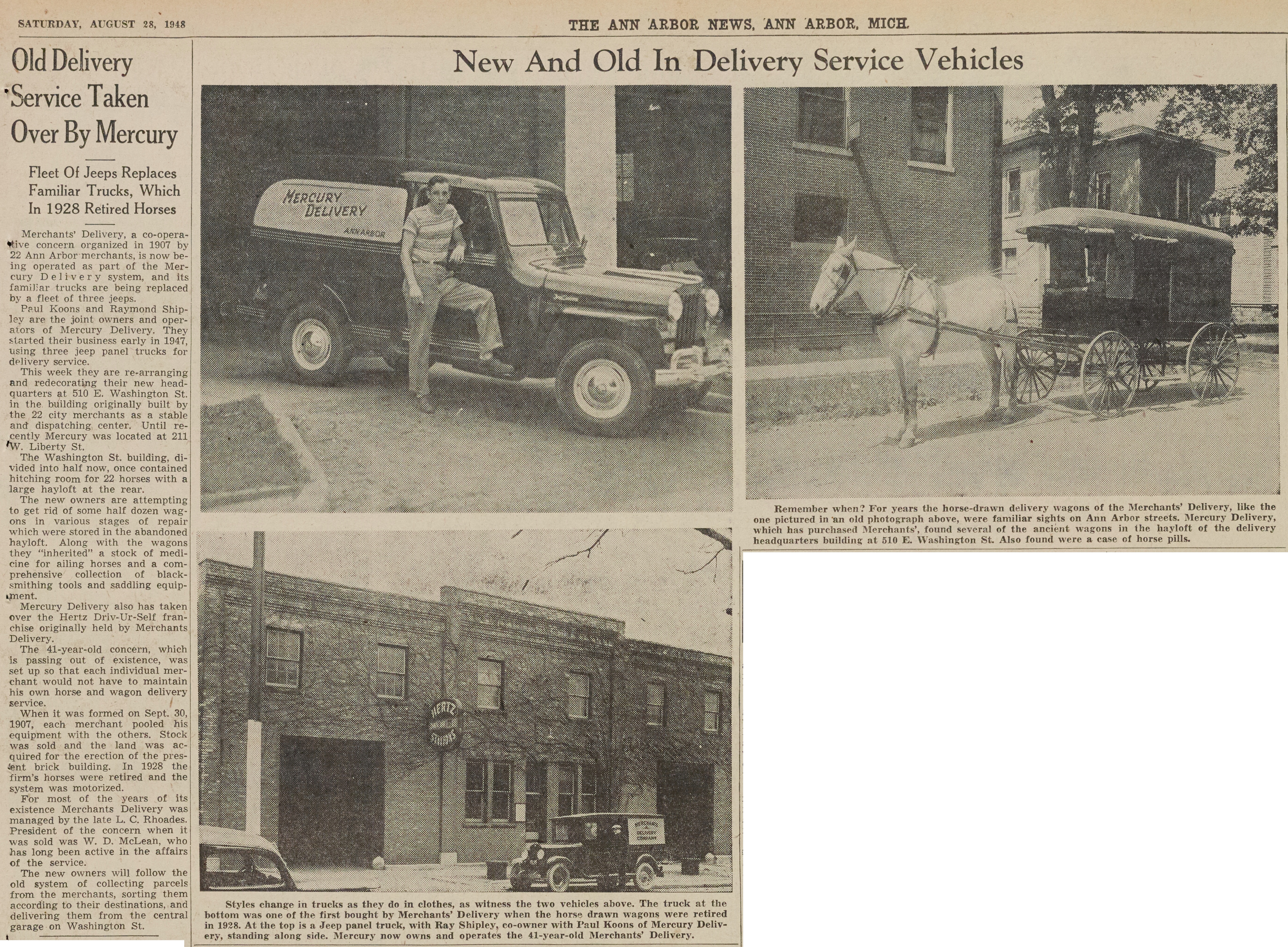 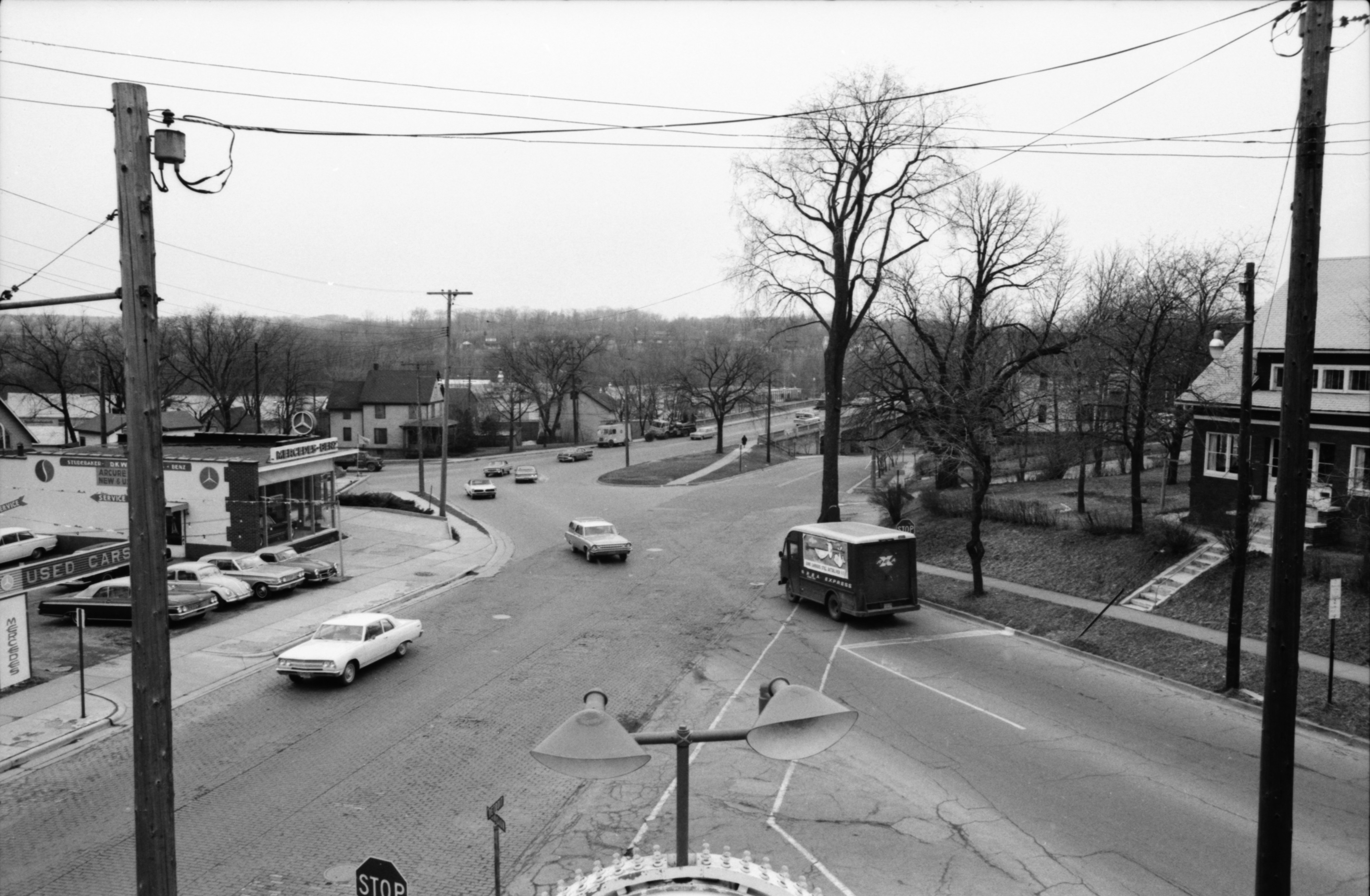 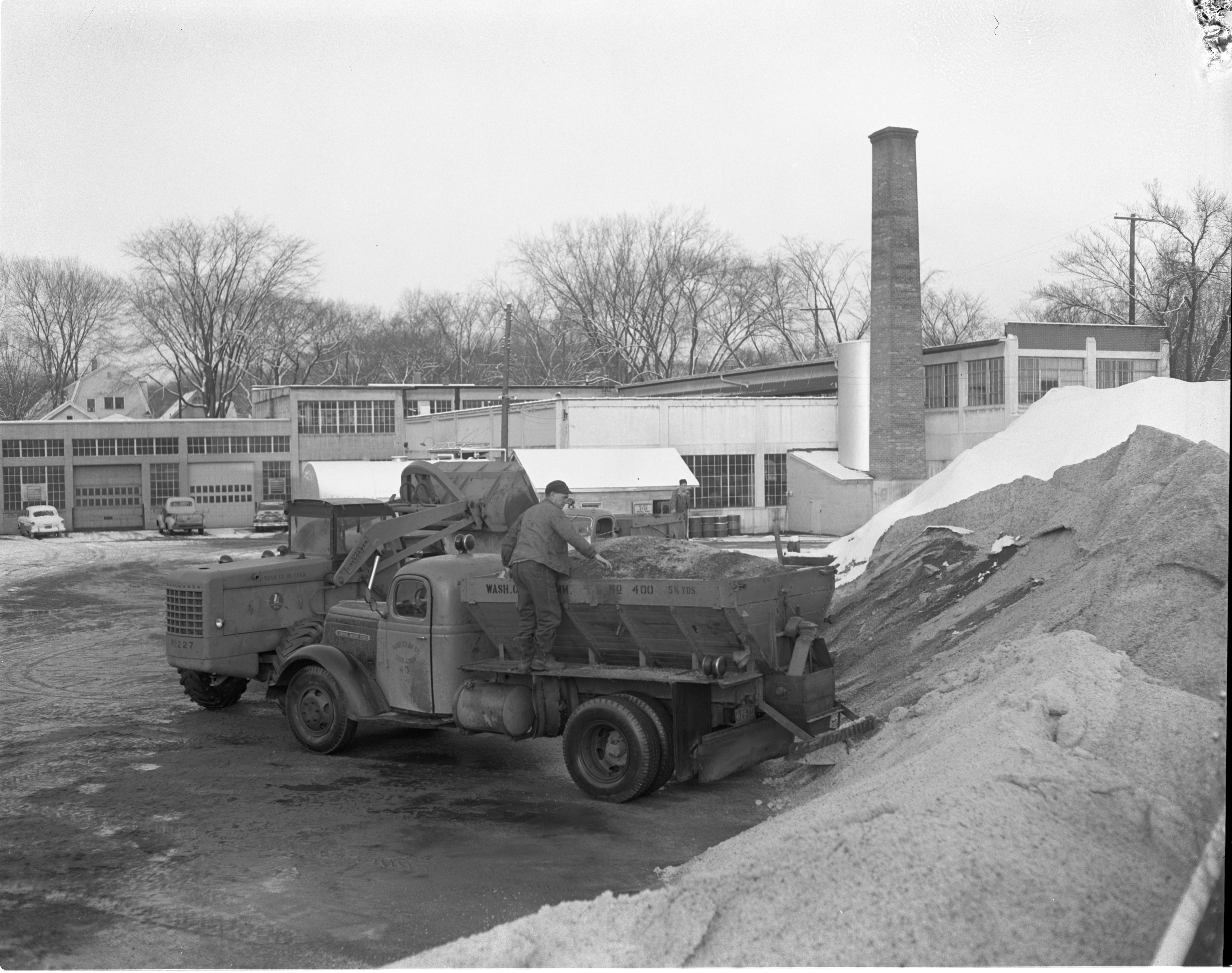 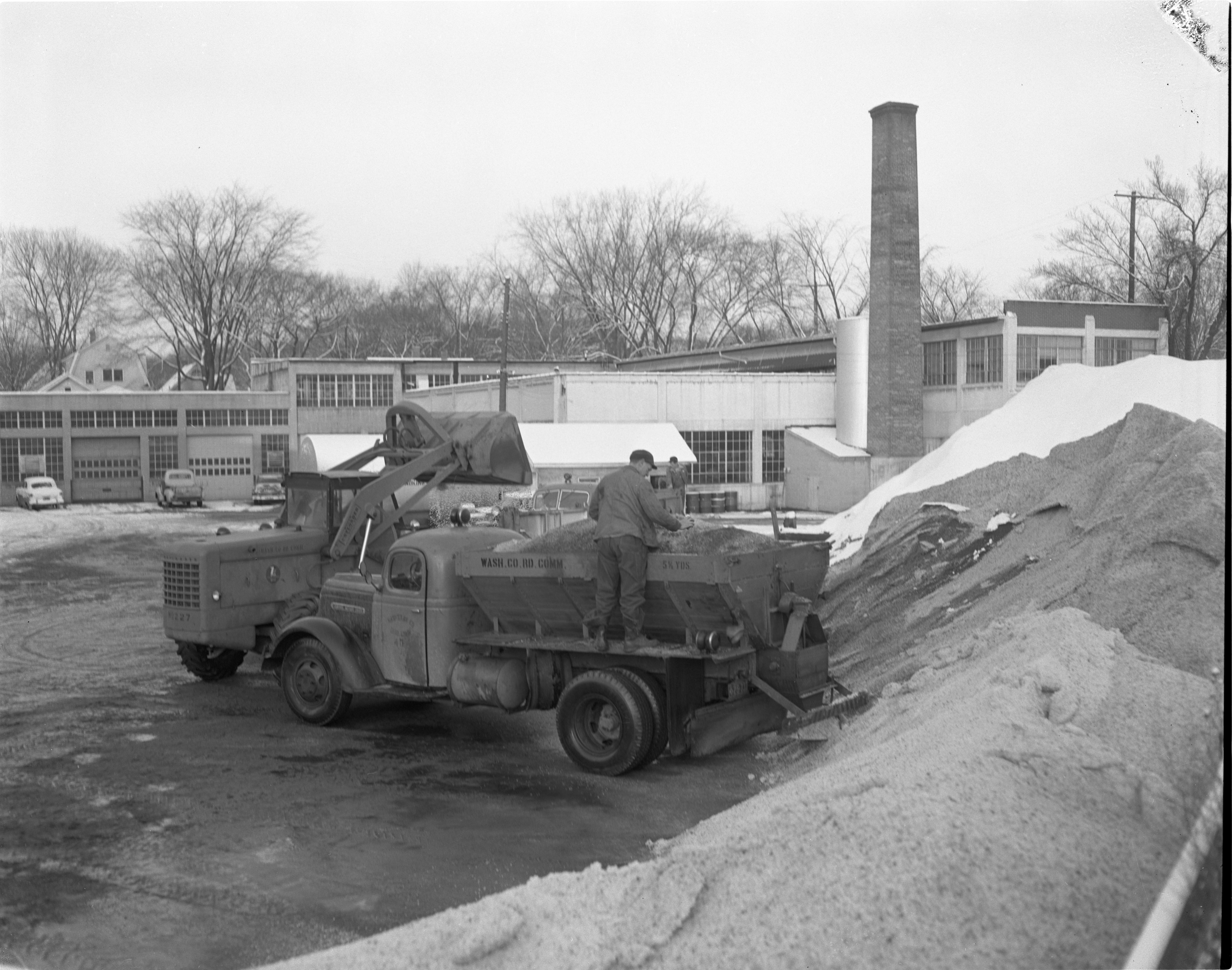 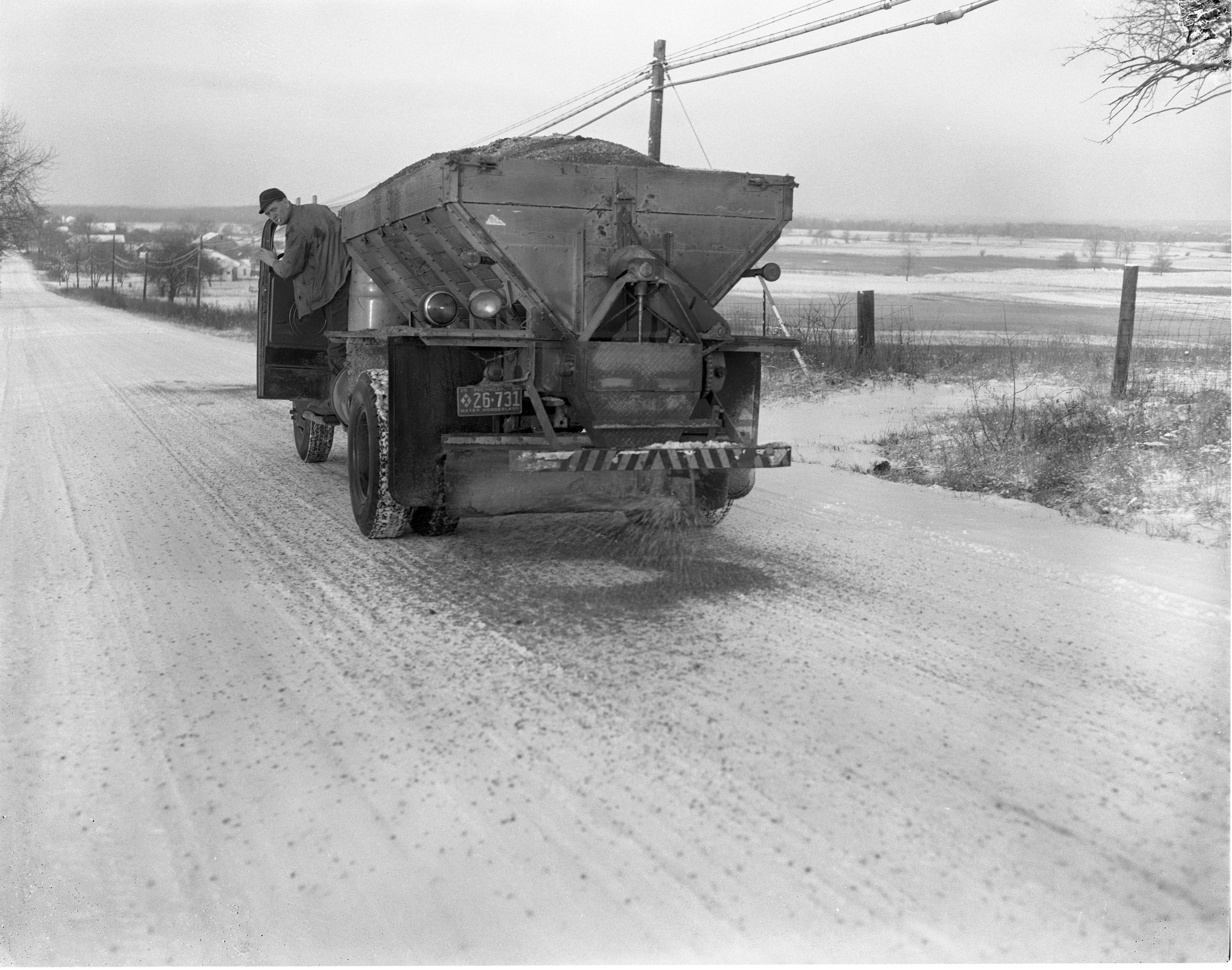 Published In
Ann Arbor News, January 17, 1955
Caption
SPREADING ON ROAD: Salt sprays from the hopper on the truck's rear-end at a rate of half a ton for each mile of road. Equipment operator George Bowens takes a quick peek at the rate of flow on W. Liberty Rd., three miles west of the city limits of Ann Arbor. To keep roads clear of ice and sleet conditions, Washtenaw county pays $18,000 to $30,000 a winter, depending on the number of snowstorms.
Copyright
Copyright Protected 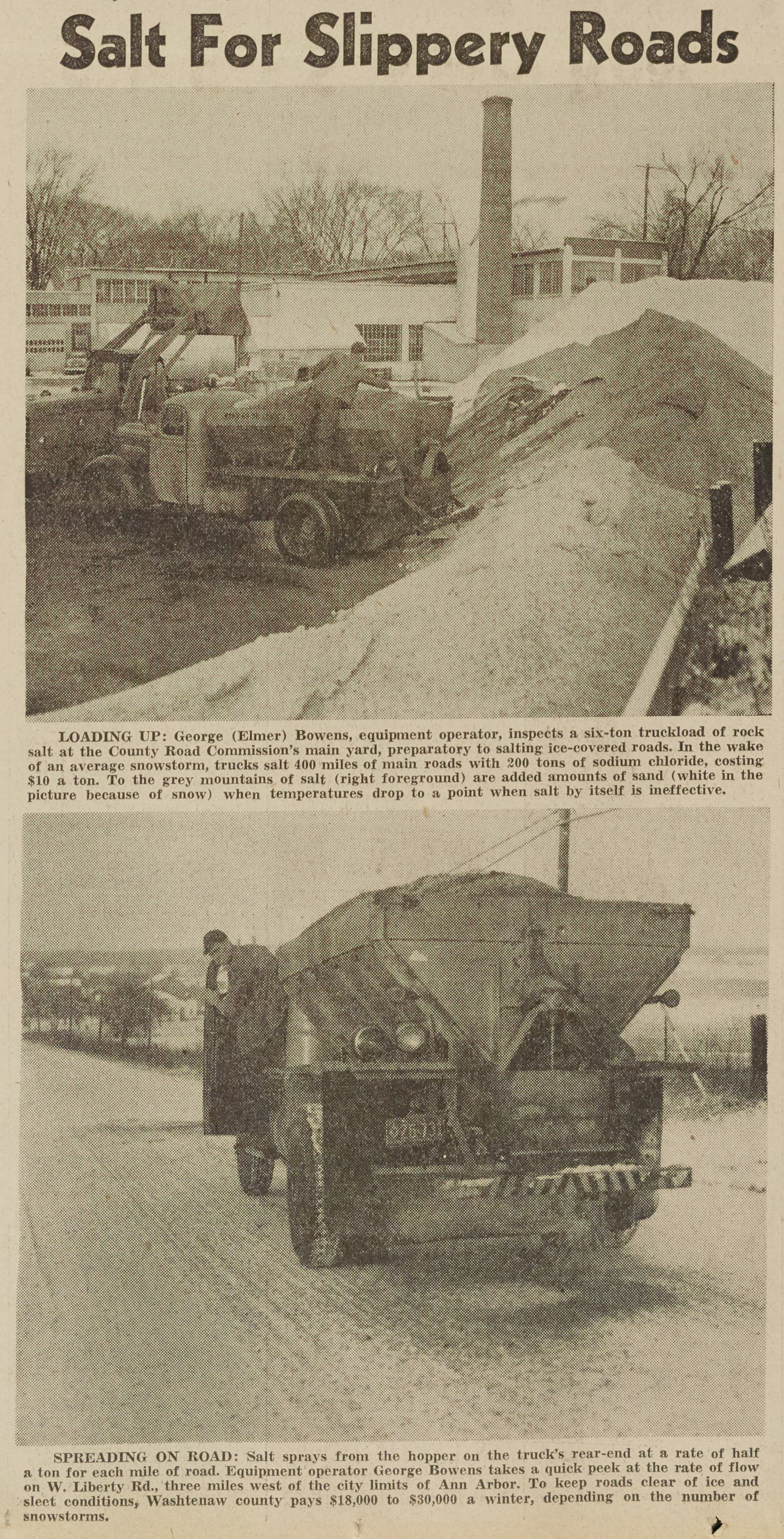 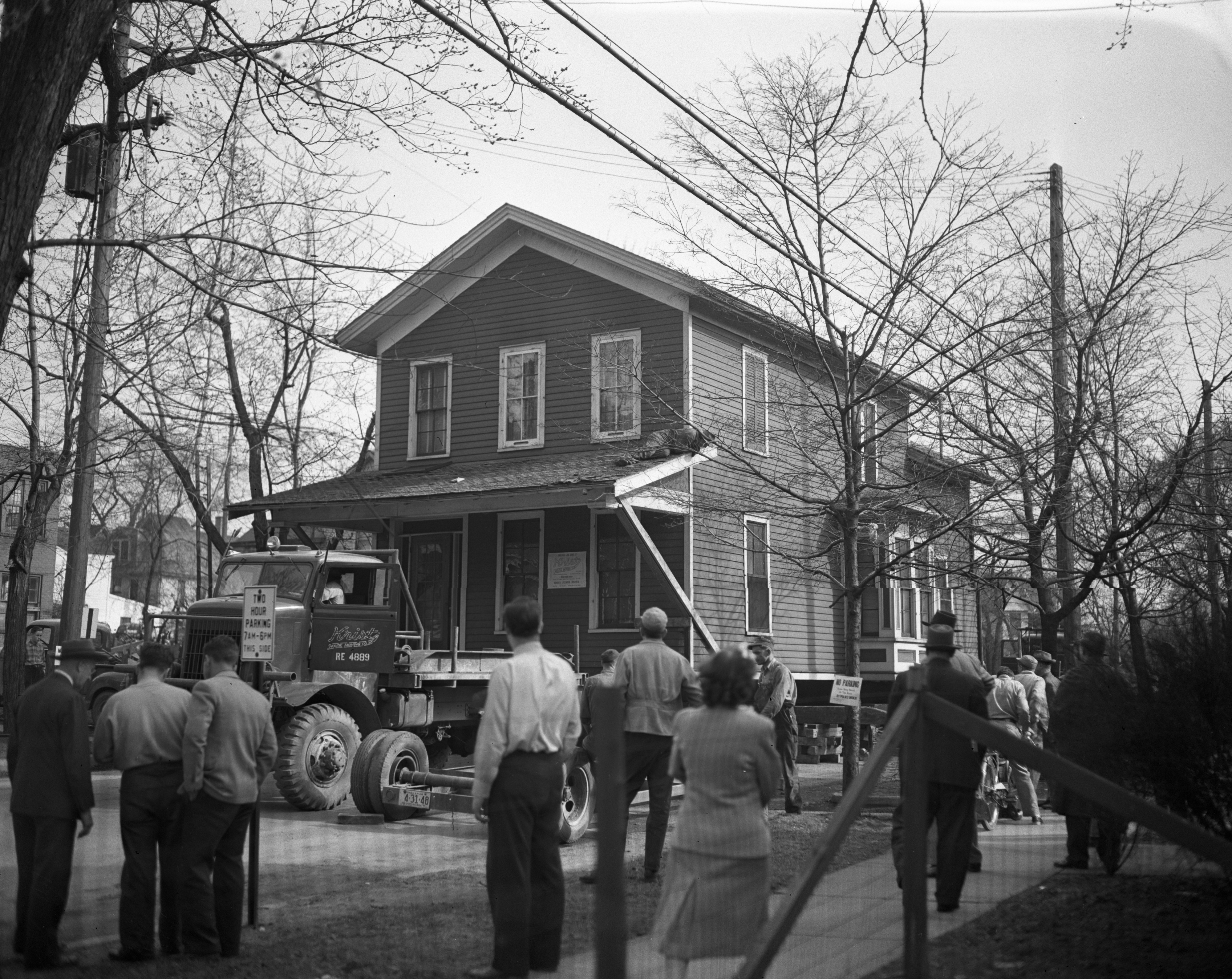 Published In
Ann Arbor News, April 8, 1948
Caption
MOVING DAY FOR HOUSE: This house, reported to be about 80 years old, took a ride yesterday from its long-time location at 331 S. Ashley St. to a new site at 808 Henry St. Owned by the Coca Cola Bottling Co., which has its plant directly behind the structure's former location, the house was moved to provide room for a plant addition. Harold F. Kleis, secretary-manager of the firm, said the addition will be used for a cooler and salesroom. It will be about 50 by 60 feet in size and constructed of cinder block. The transferred house, which has been vacant for several months, will be placed on sale by the company, Kleis said.
Copyright
Copyright Protected 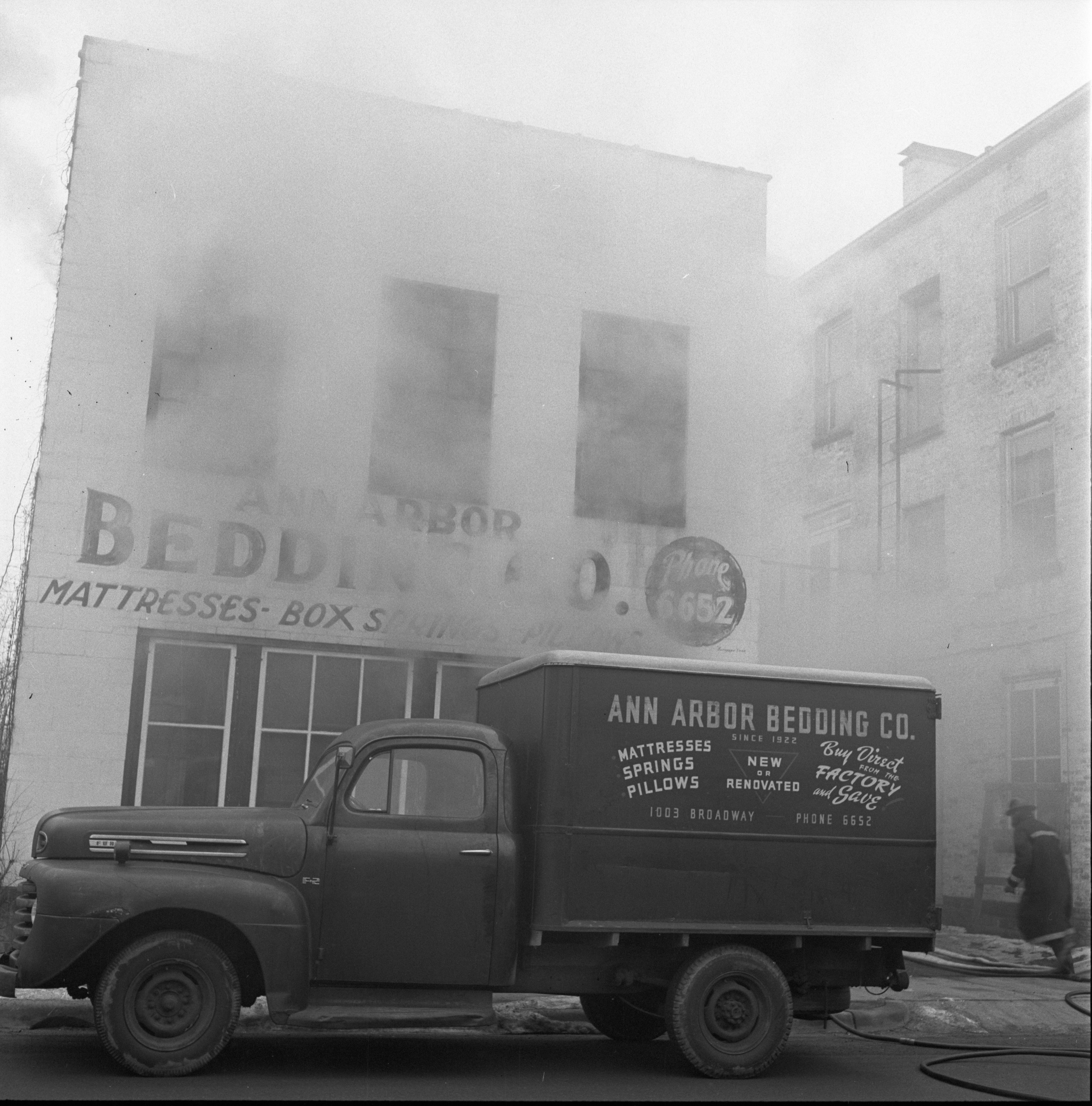