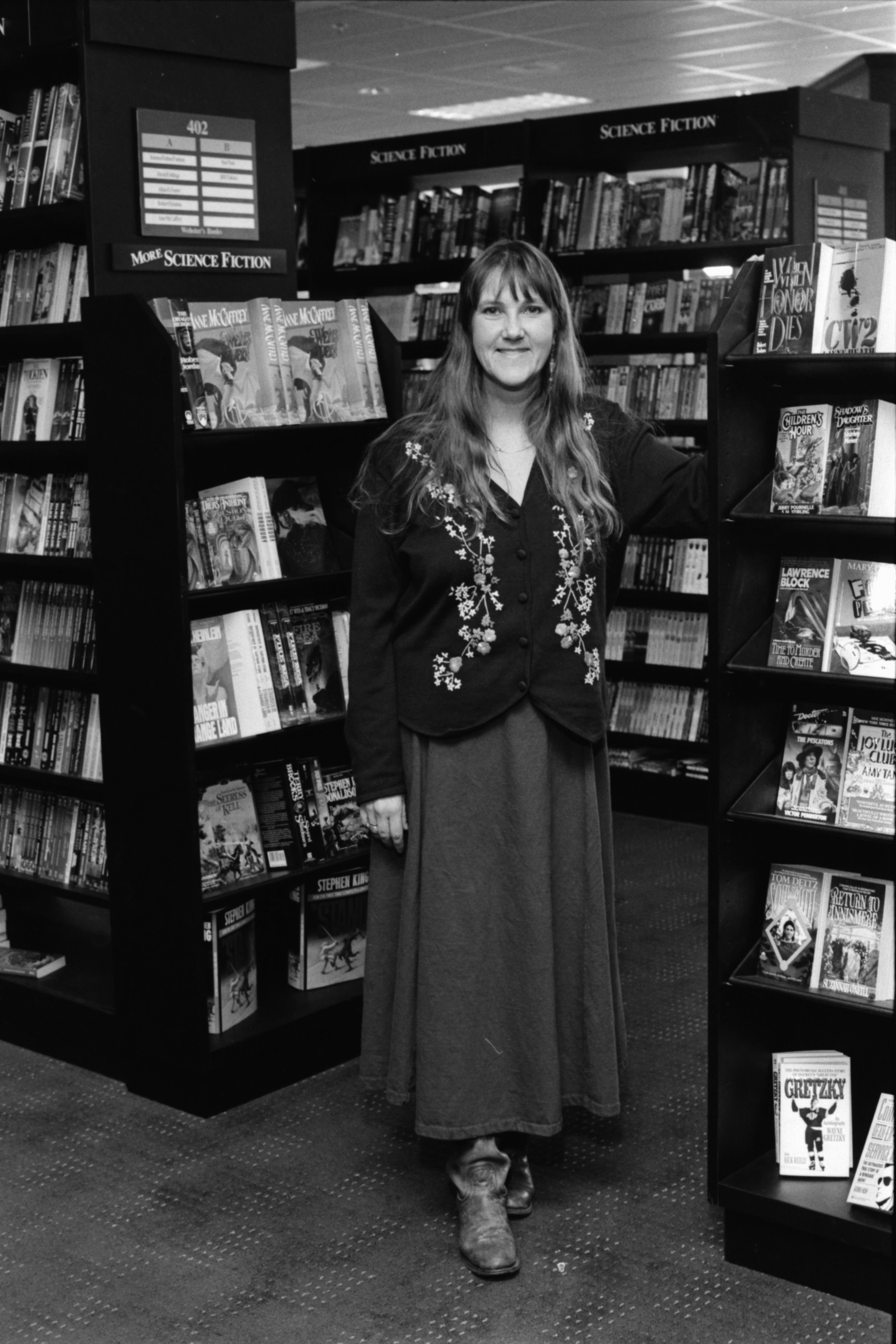 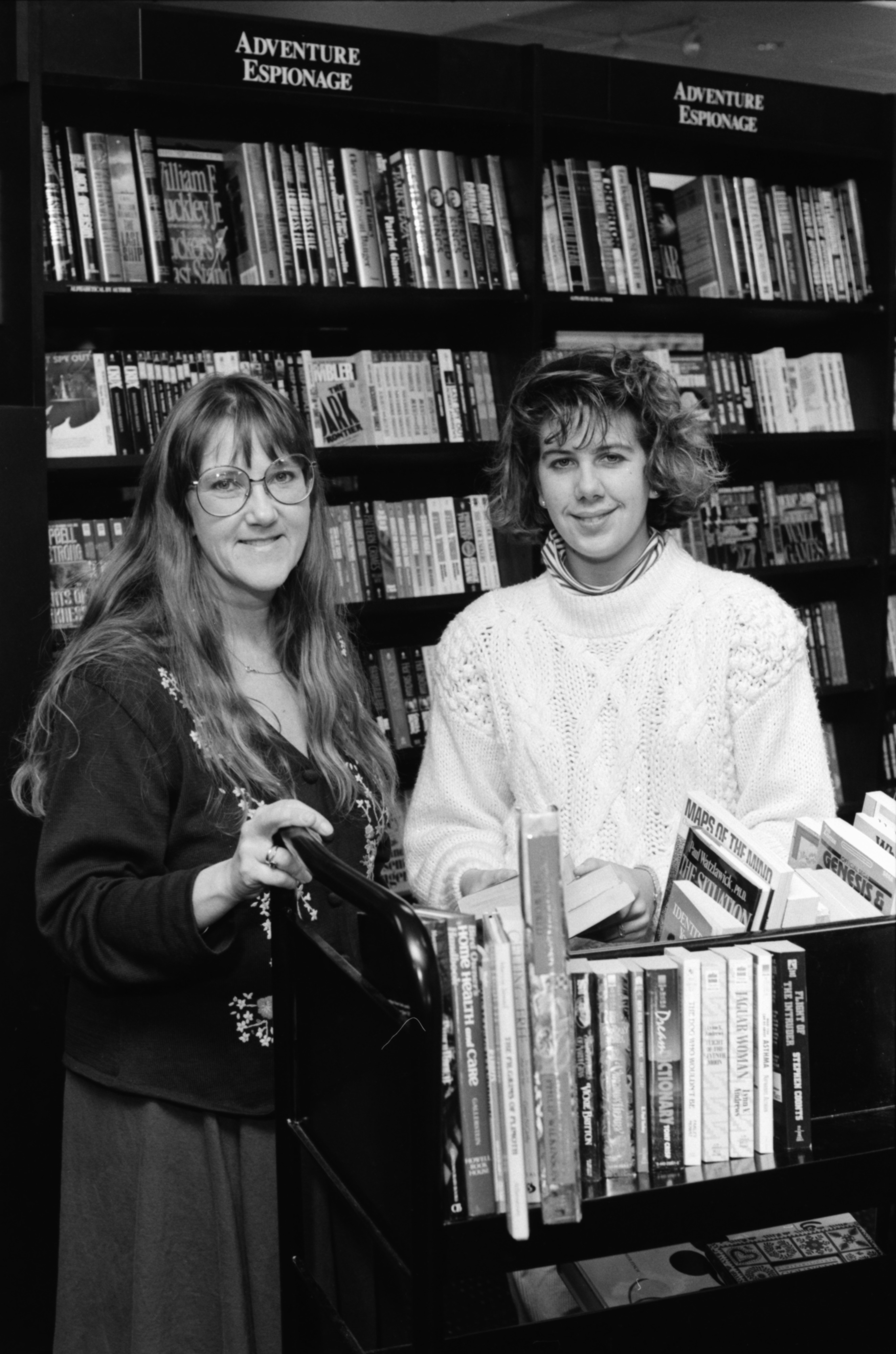 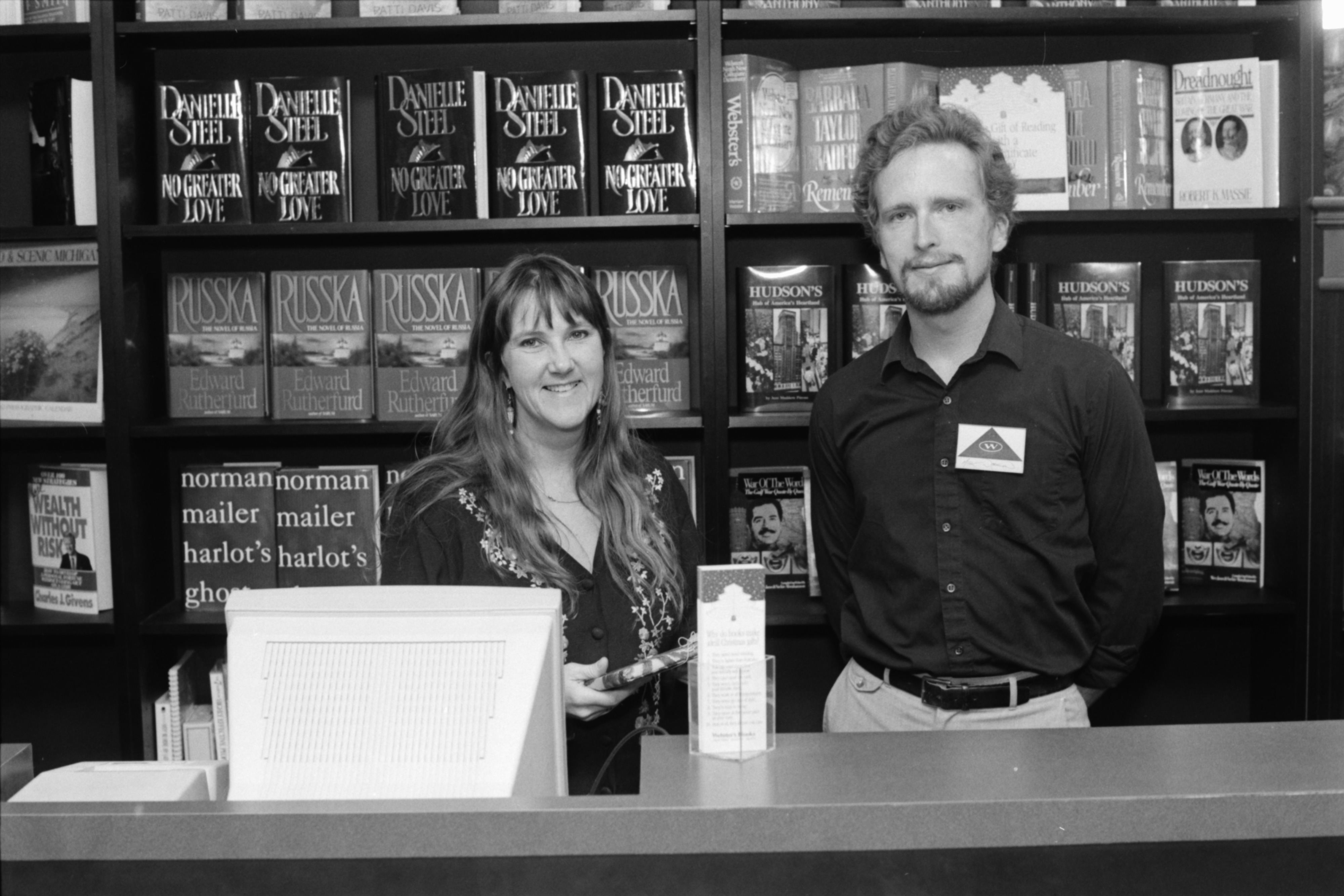 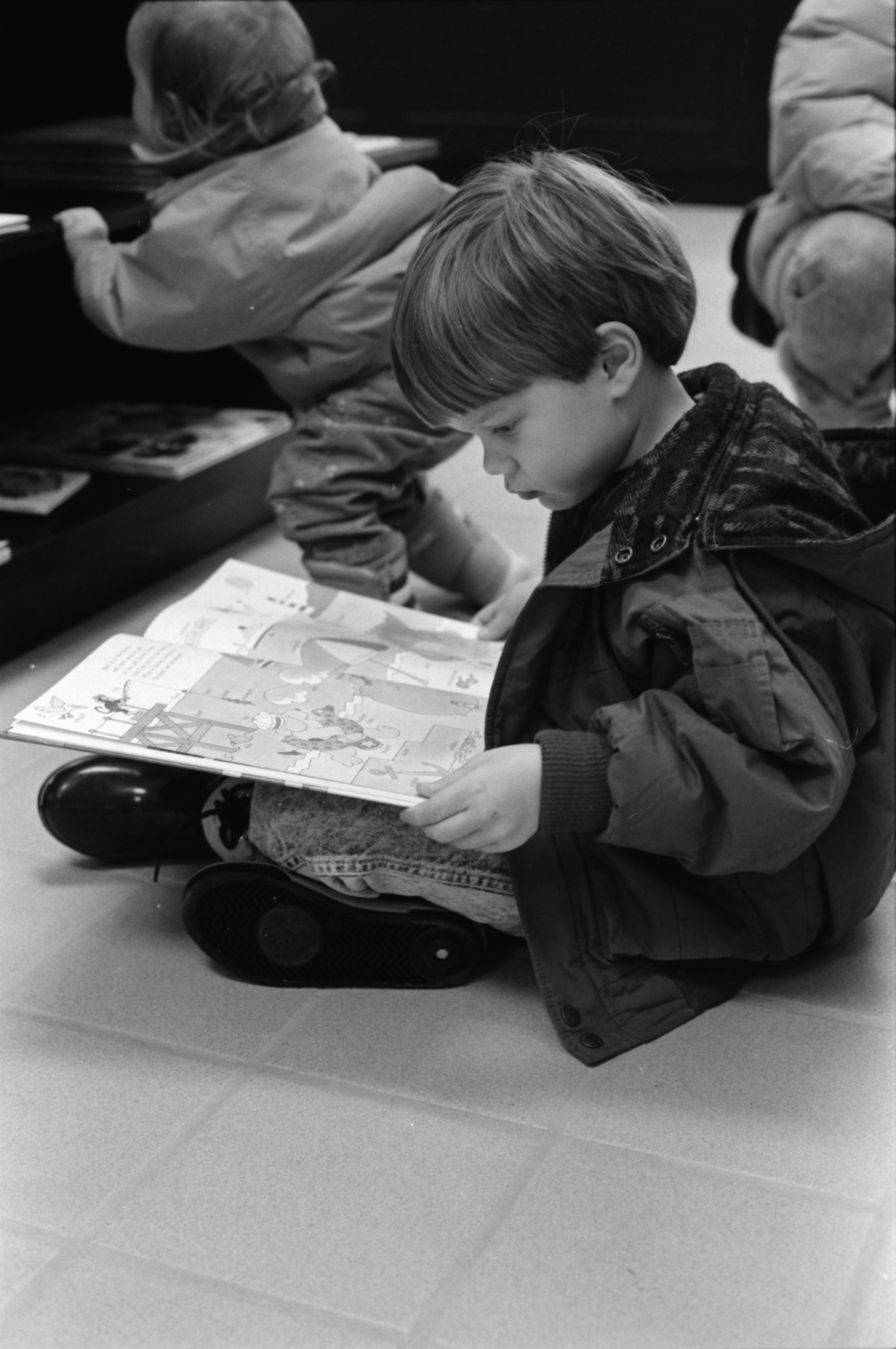 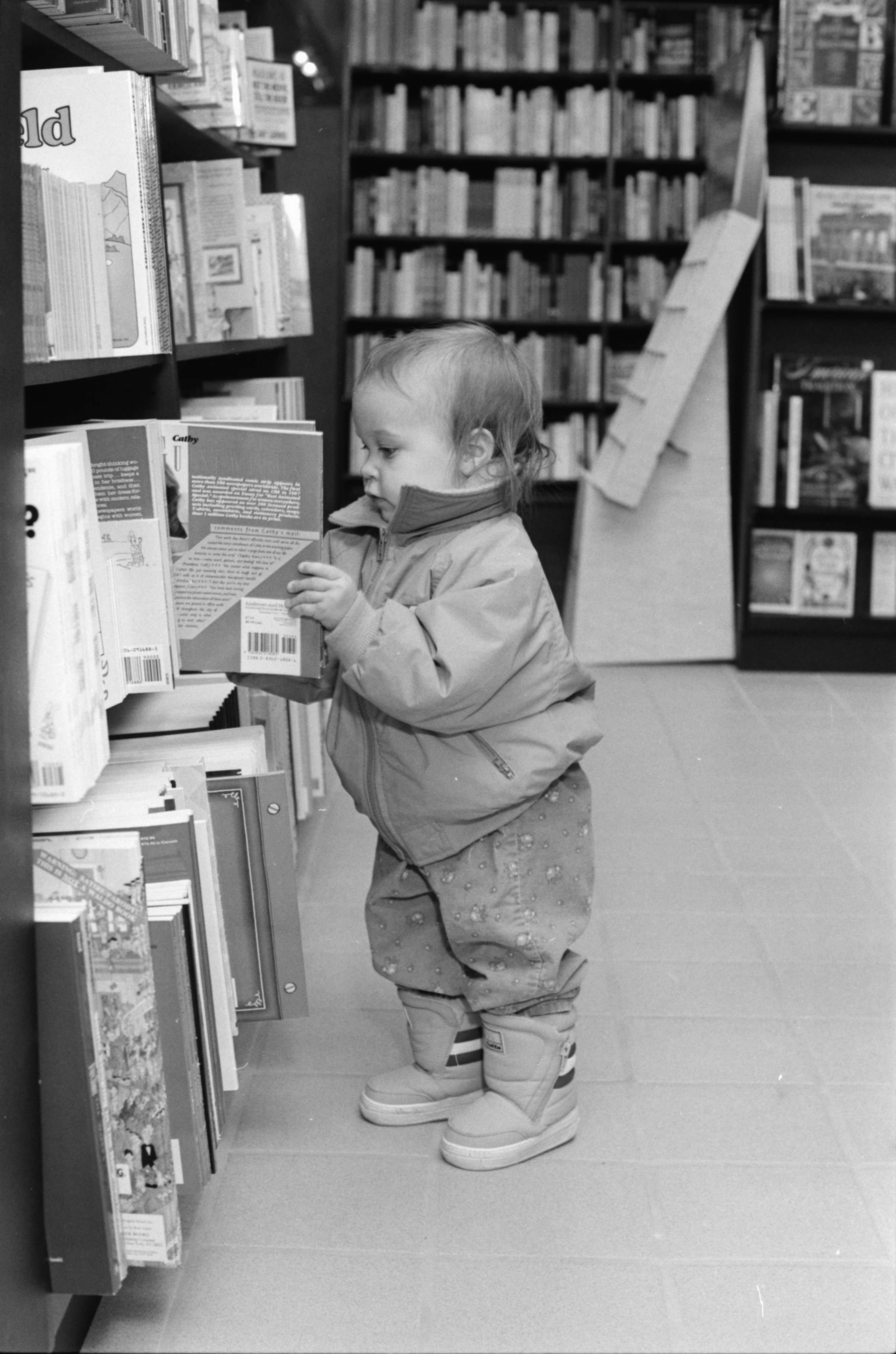 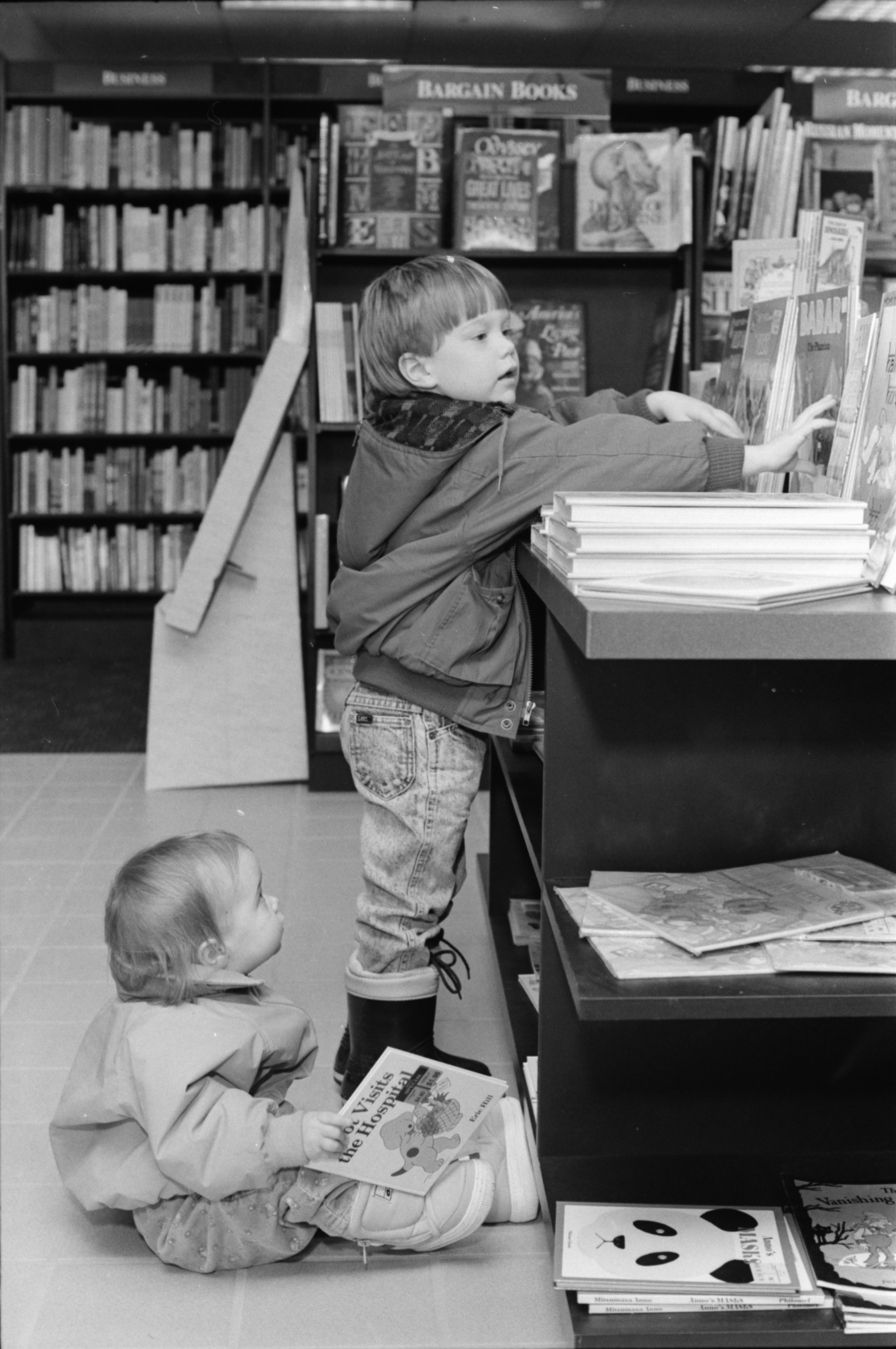 Published In
Ann Arbor News, December 9, 1991
Caption
Rachel Vandermade, who is 20 months old, and her brother Daniel, age 4, can reach books for themselves at Webster's Books, where toddler books are shelved near the floor and selections for older children are higher up.
Copyright
Copyright Protected 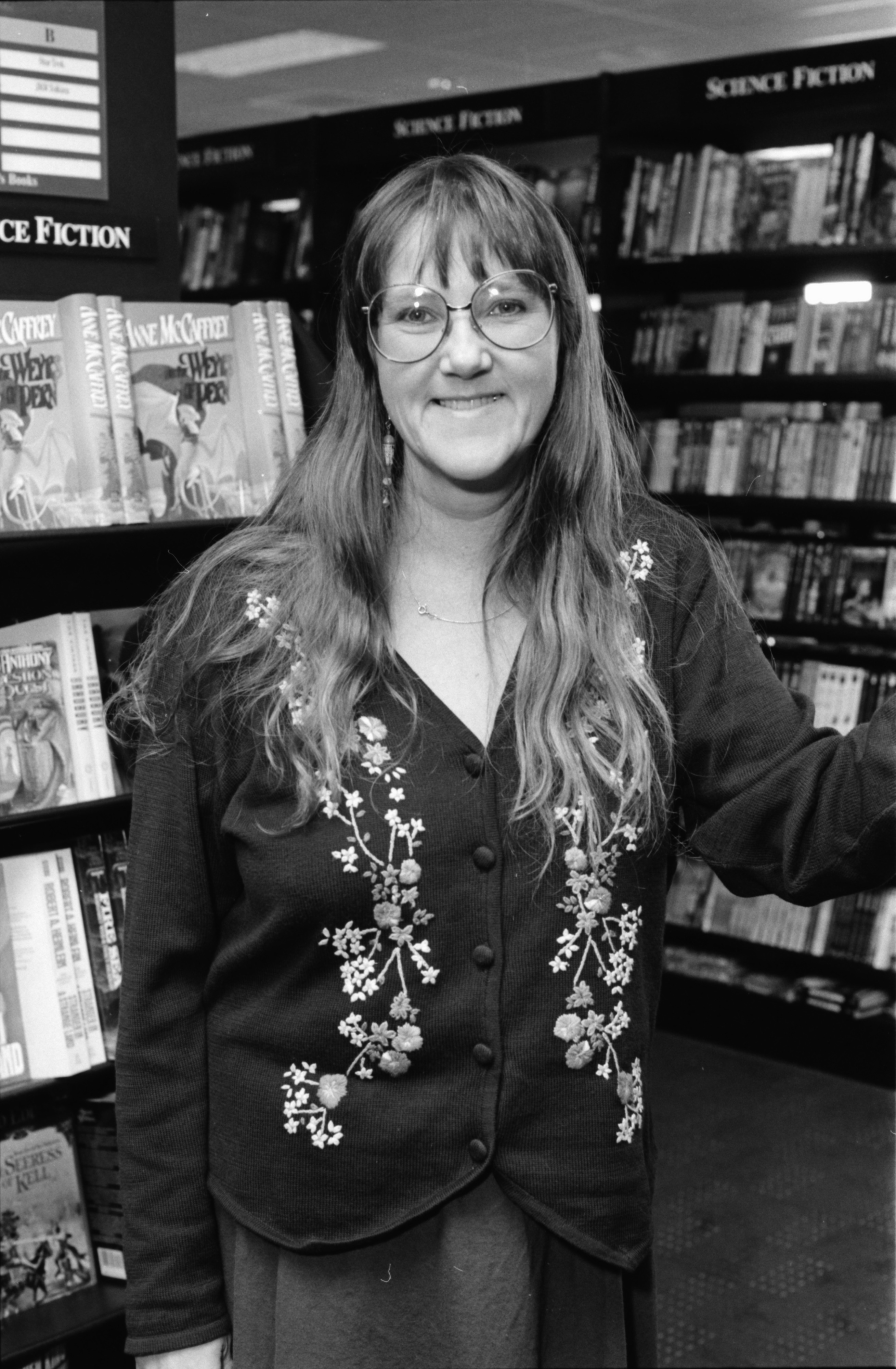 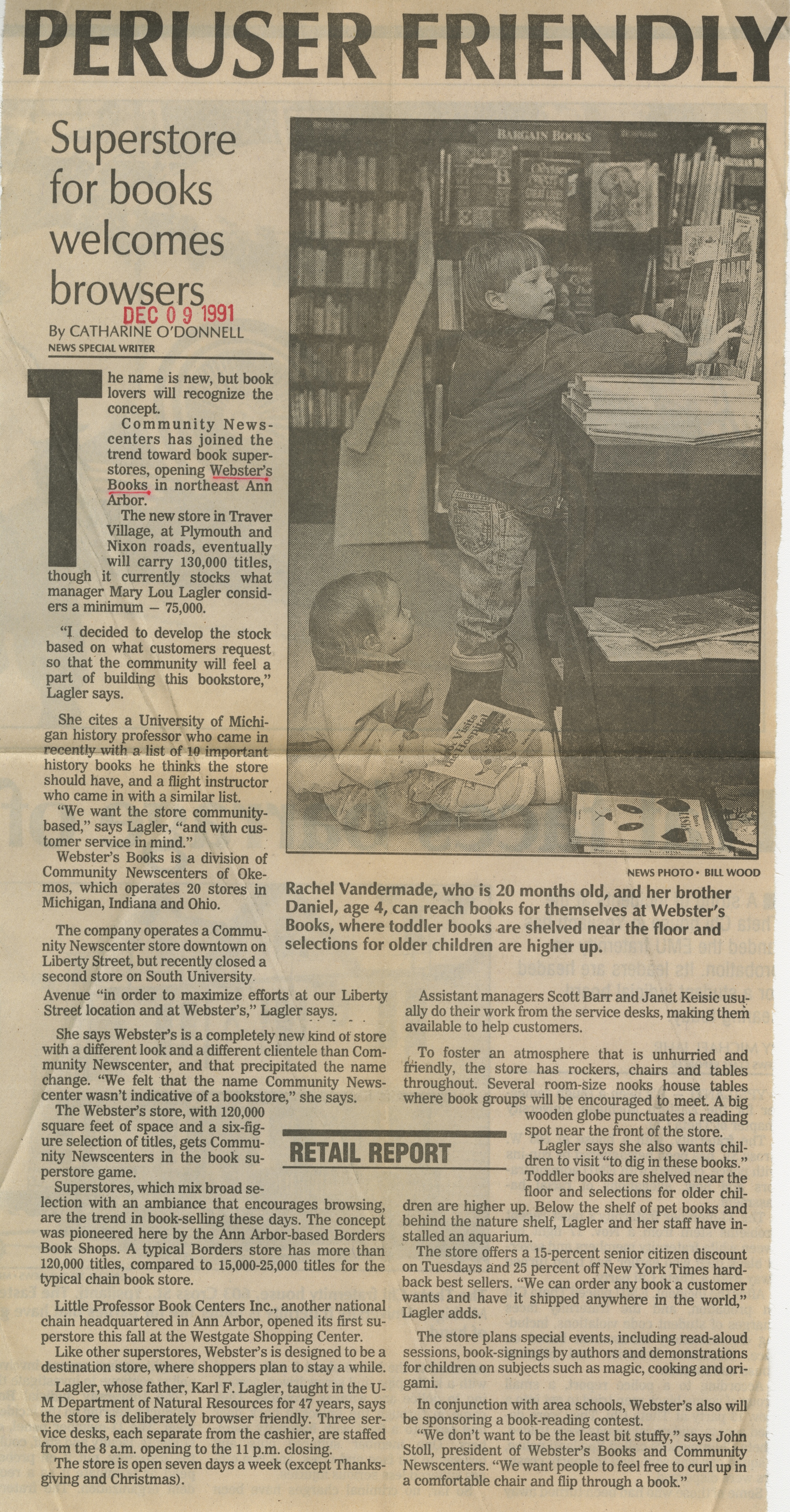 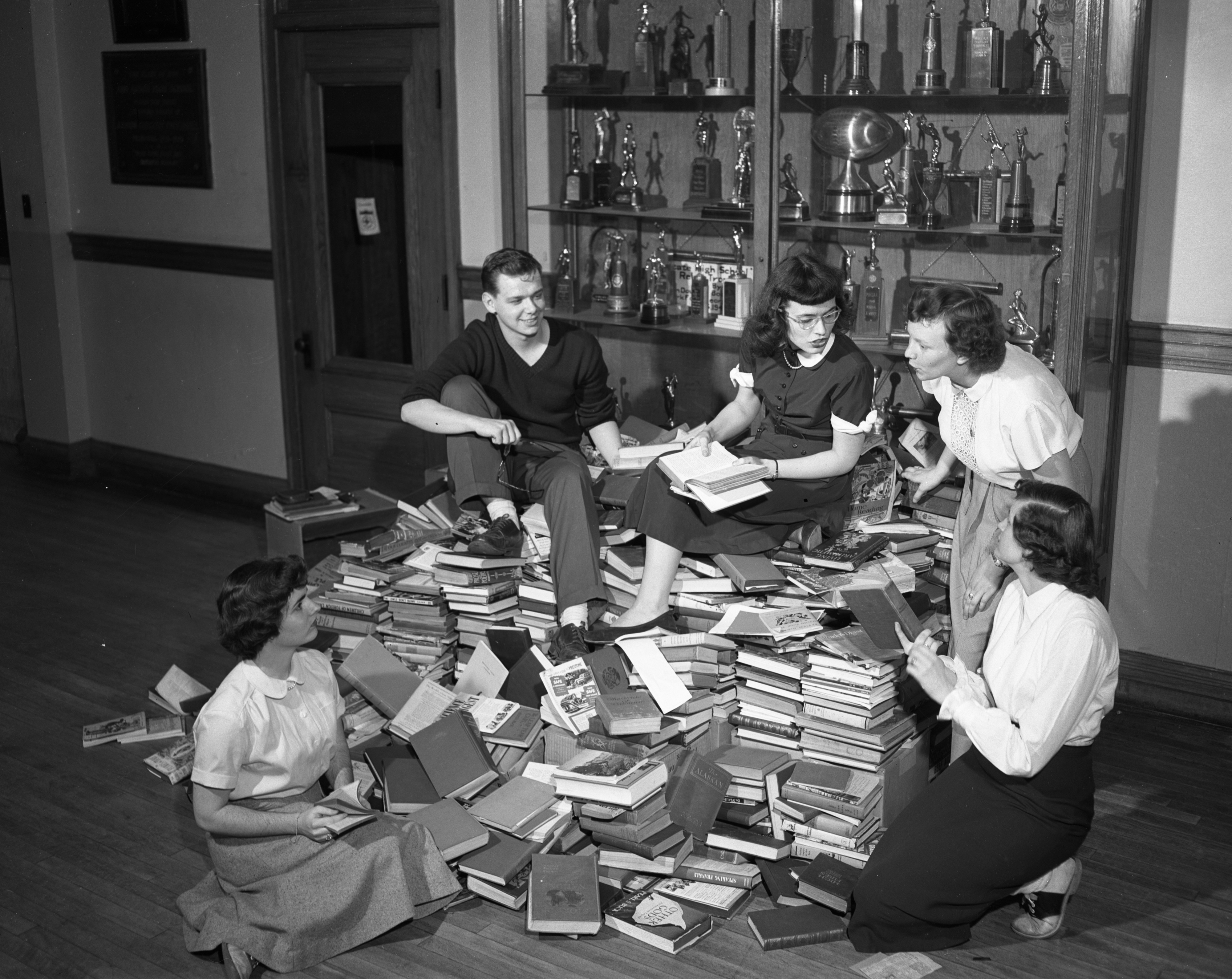 Published In
Ann Arbor News, April 22, 1950
Caption
Ann Arbor High School students' drive to collect books for the library of the State Prison of Southern Michigan at Jackson has been such a success that they are now busy sorting over the 2,000 contributions which have thus far been contributed. Above are (left to right) Adele Godfrey, Neil Remnant, Martha Heusel, Barbara De Wolfe, and Nanette Reganall. The students voted to undertake the project at the suggestion of their principal, Nicholas Schreiber. Schreiber and other school officials learned, when touring the prison recently, that no state funds had been appropriated to buy books for the prison library.
Copyright
Copyright Protected
Subscribe to Books