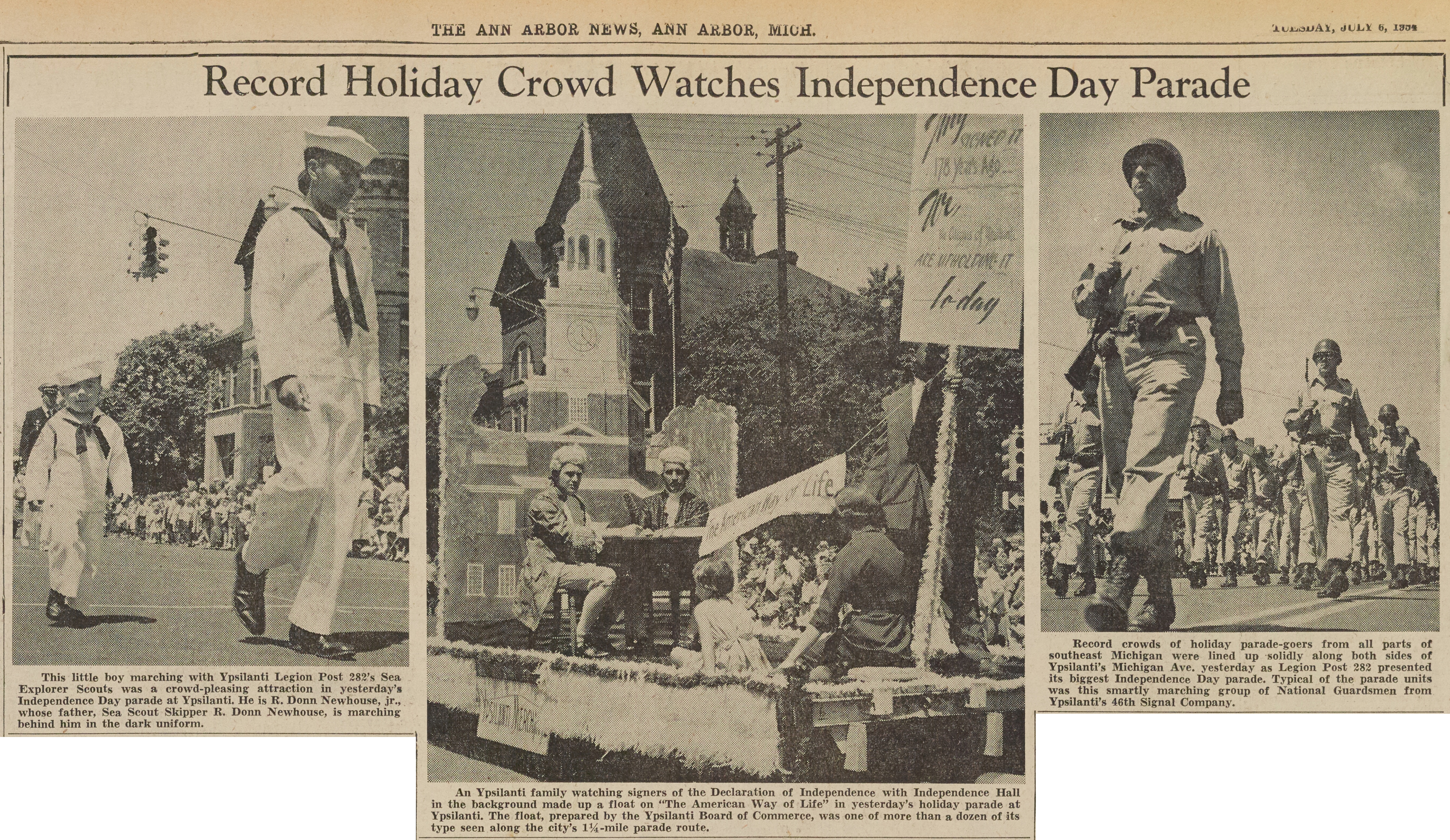 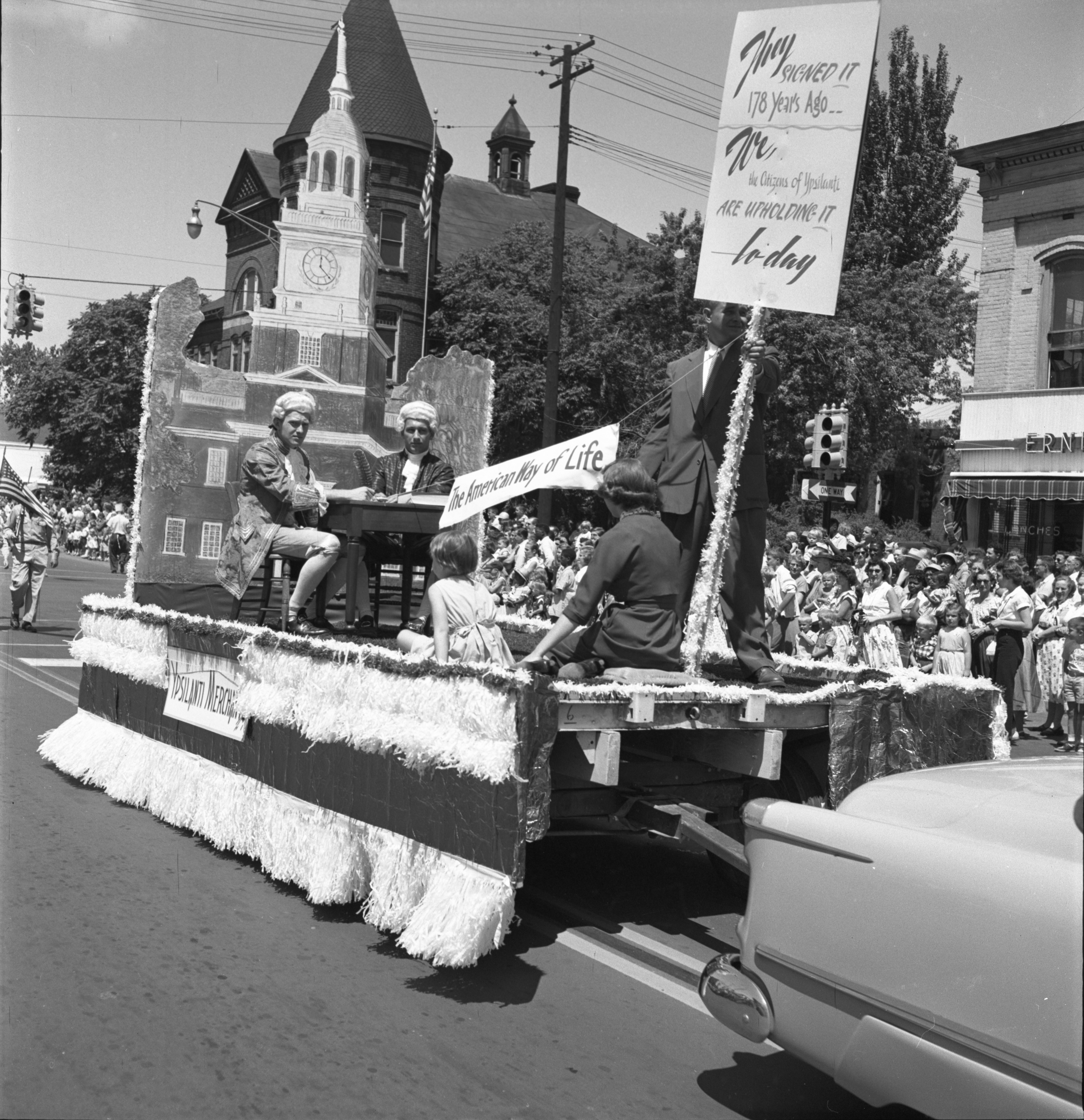 Published In
Ann Arbor News, July 6, 1954
Caption
An Ypsilanti family watching signers of the Declaration of Independence with Independence Hall in the background made up a float on "The American Way of Life" in yesterday's holiday parade at Ypsilanti. The float, prepared by the Ypsilanti Board of Commerce, was one of more than a dozen of its type seen along the city's 1 1/4-mile parade route.
Copyright
Copyright Protected 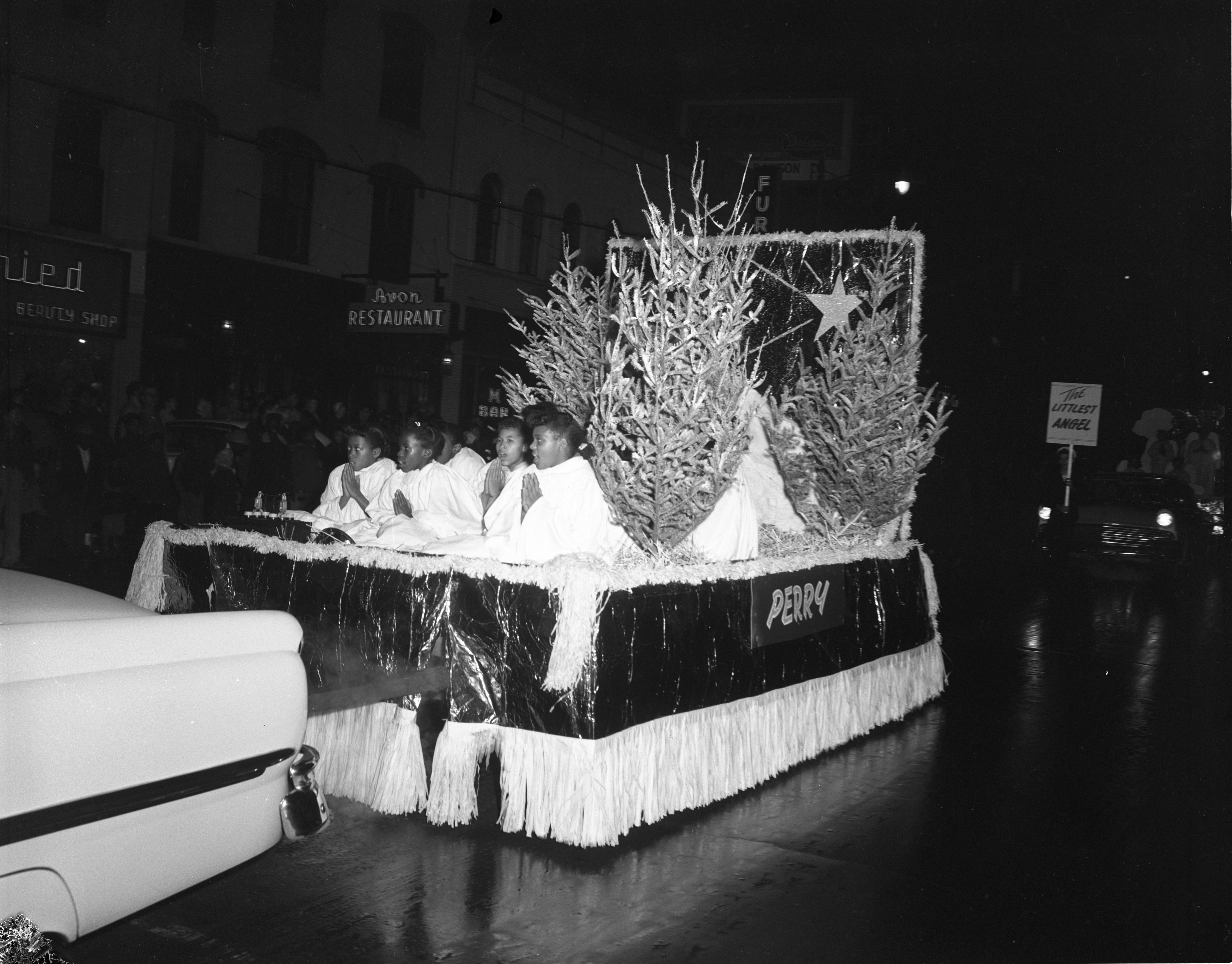 Published In
Ann Arbor News, December 6, 1956
Caption
'SILENT NIGHT' PORTRAYED: These elementary pupils from Perry School were some of the hundreds who took part in the traditional Ypsilanti parade. Eleven area schools entered floats based on a religious theme. The fifth annual parade was sponsored by the schools and Board of Commerce in cooperation with the Recreation Department.
Copyright
Copyright Protected 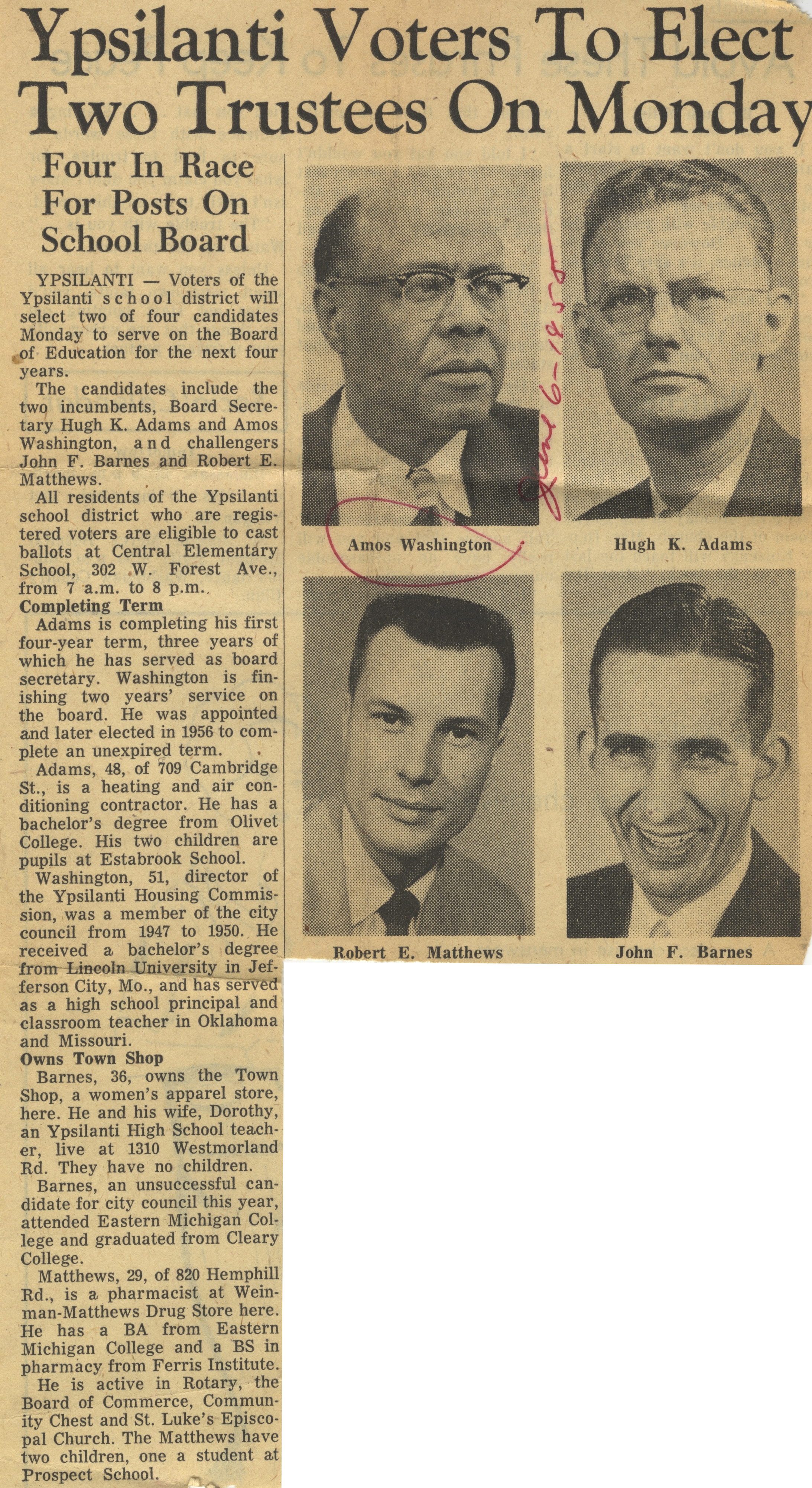 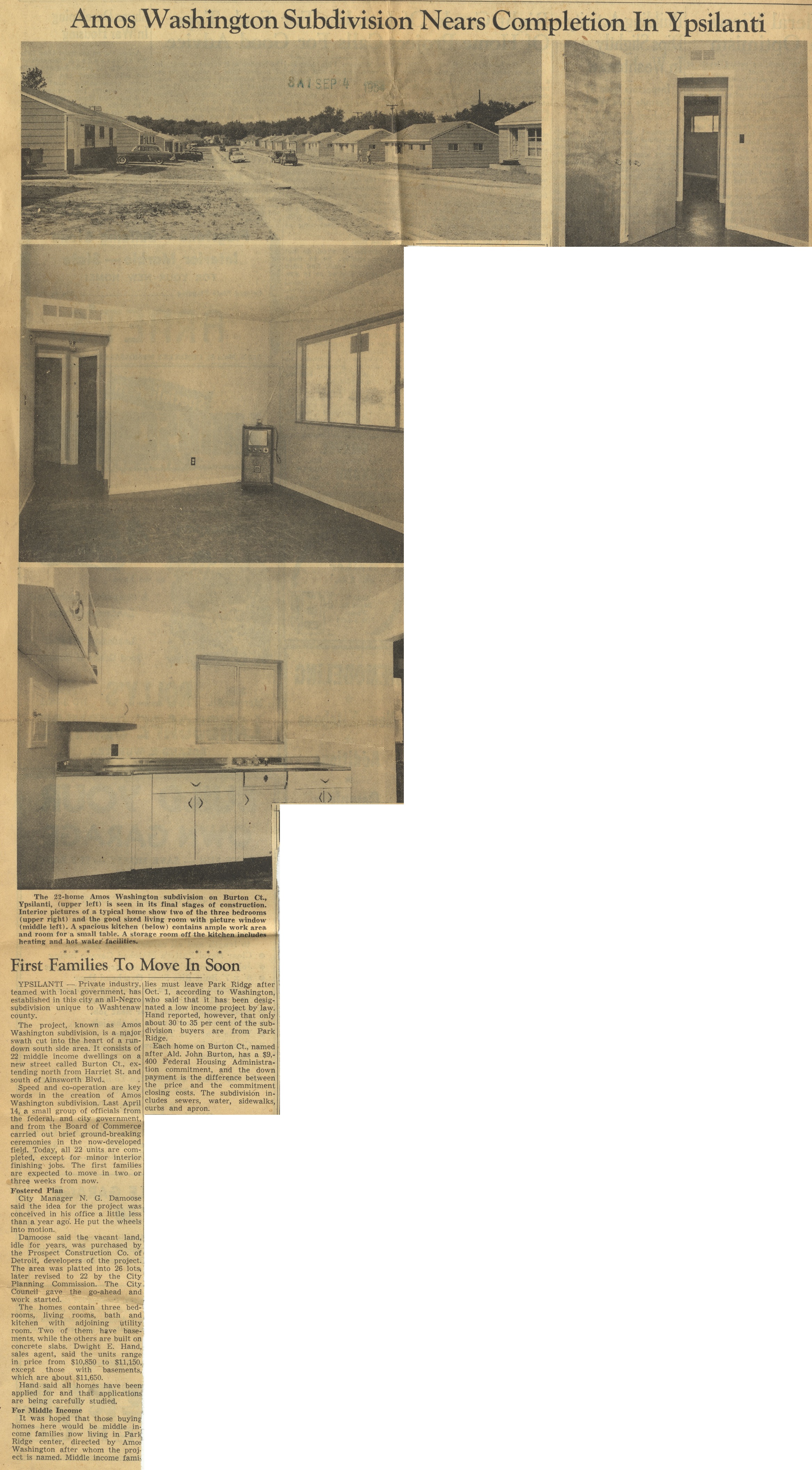