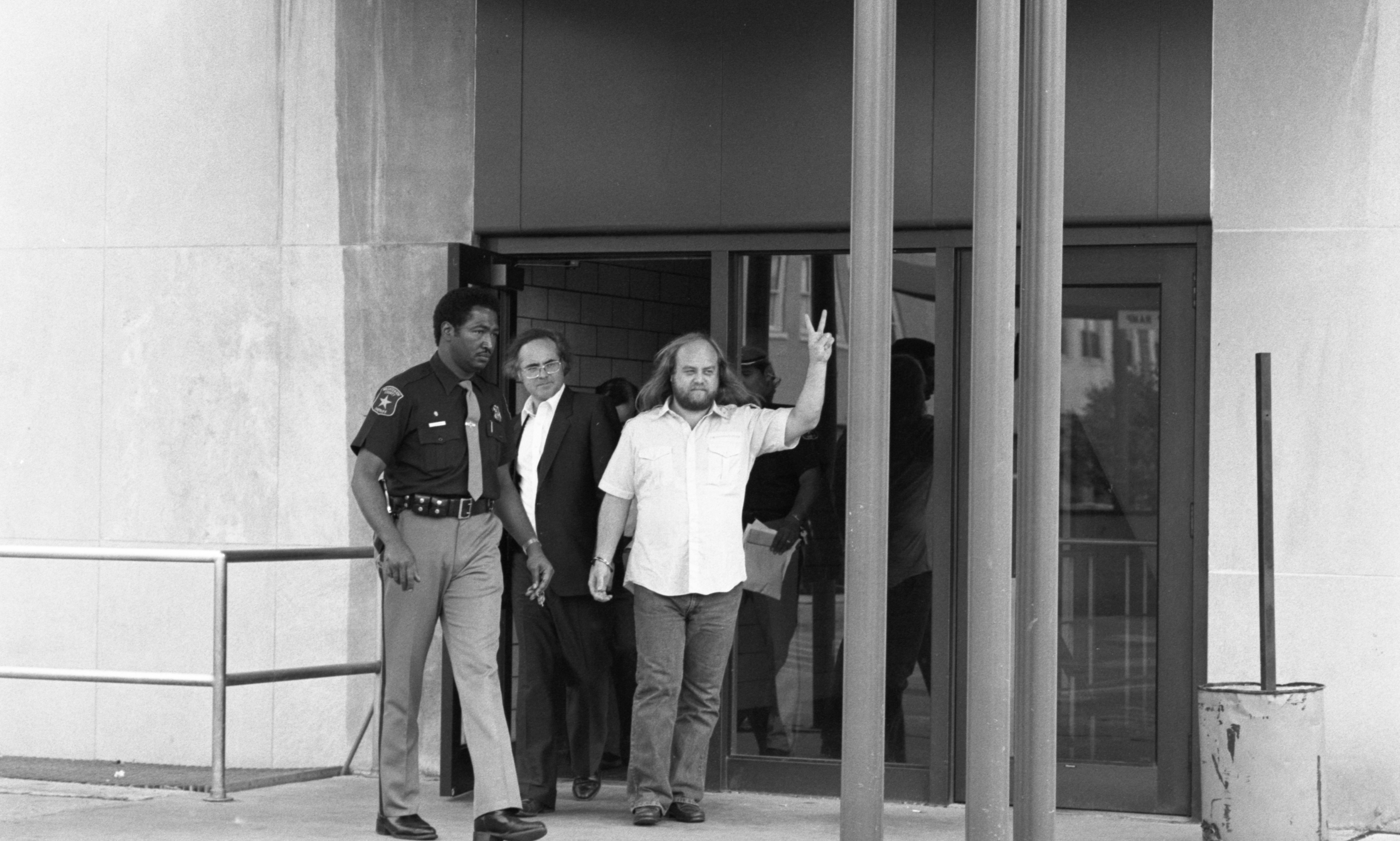 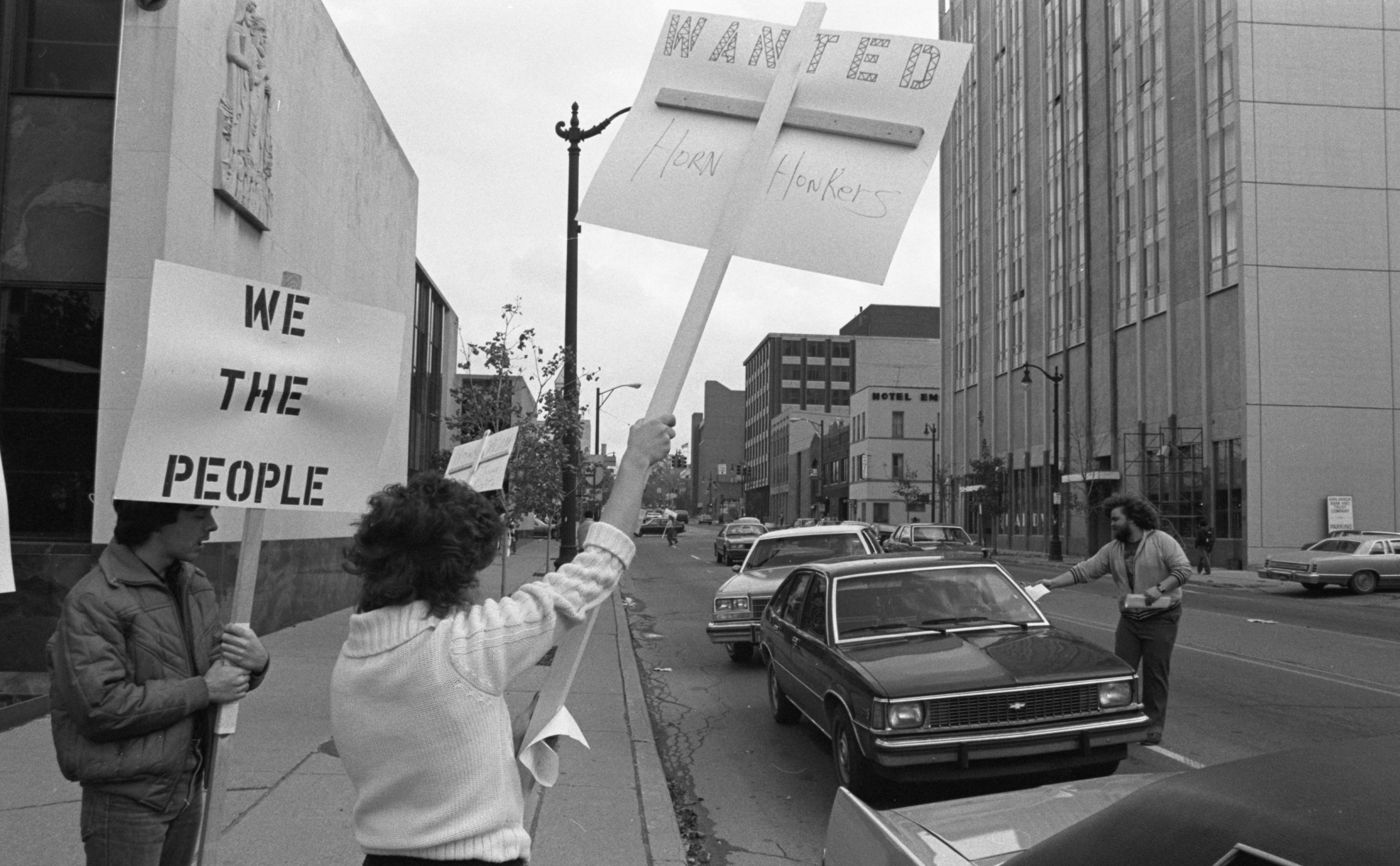 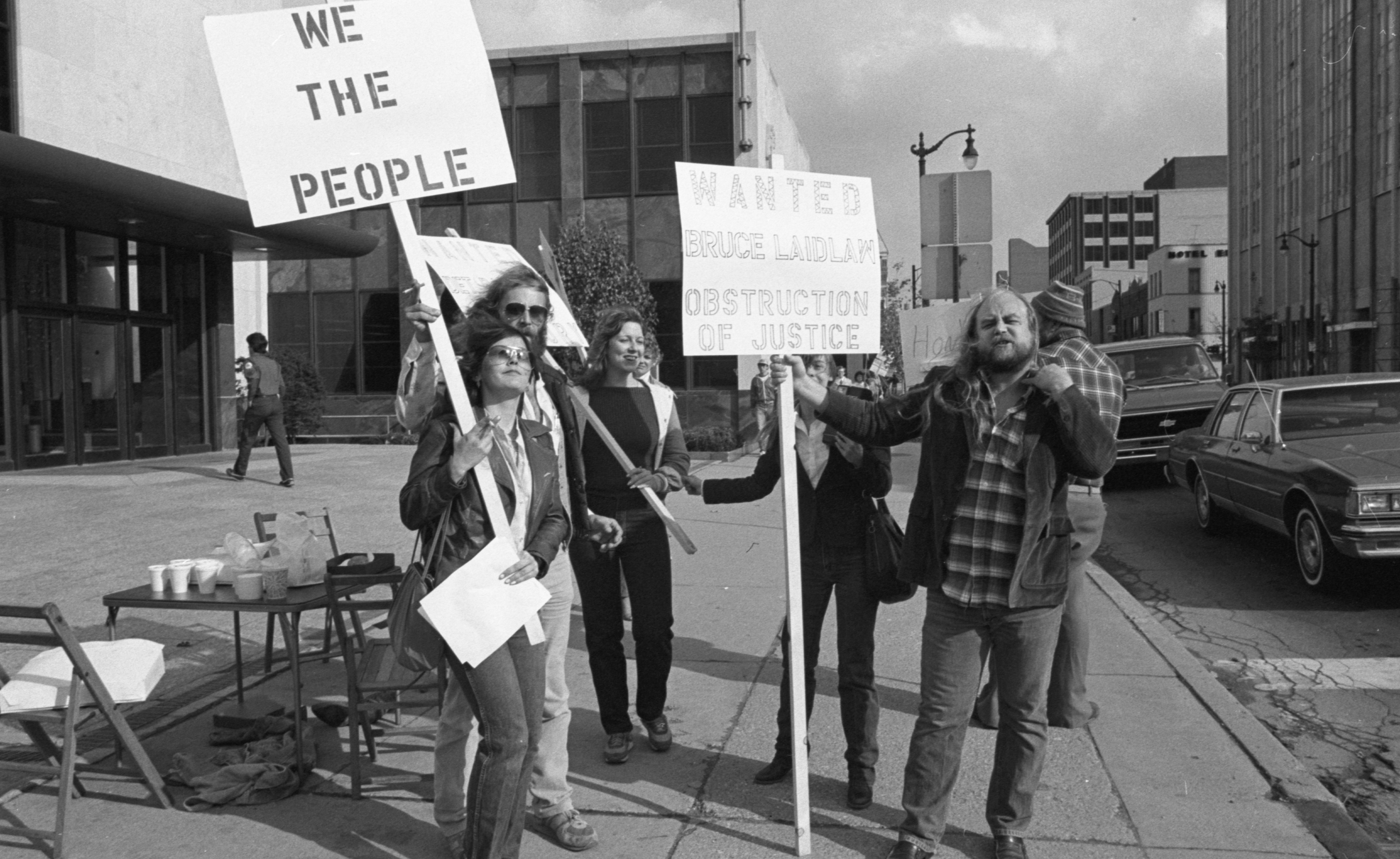 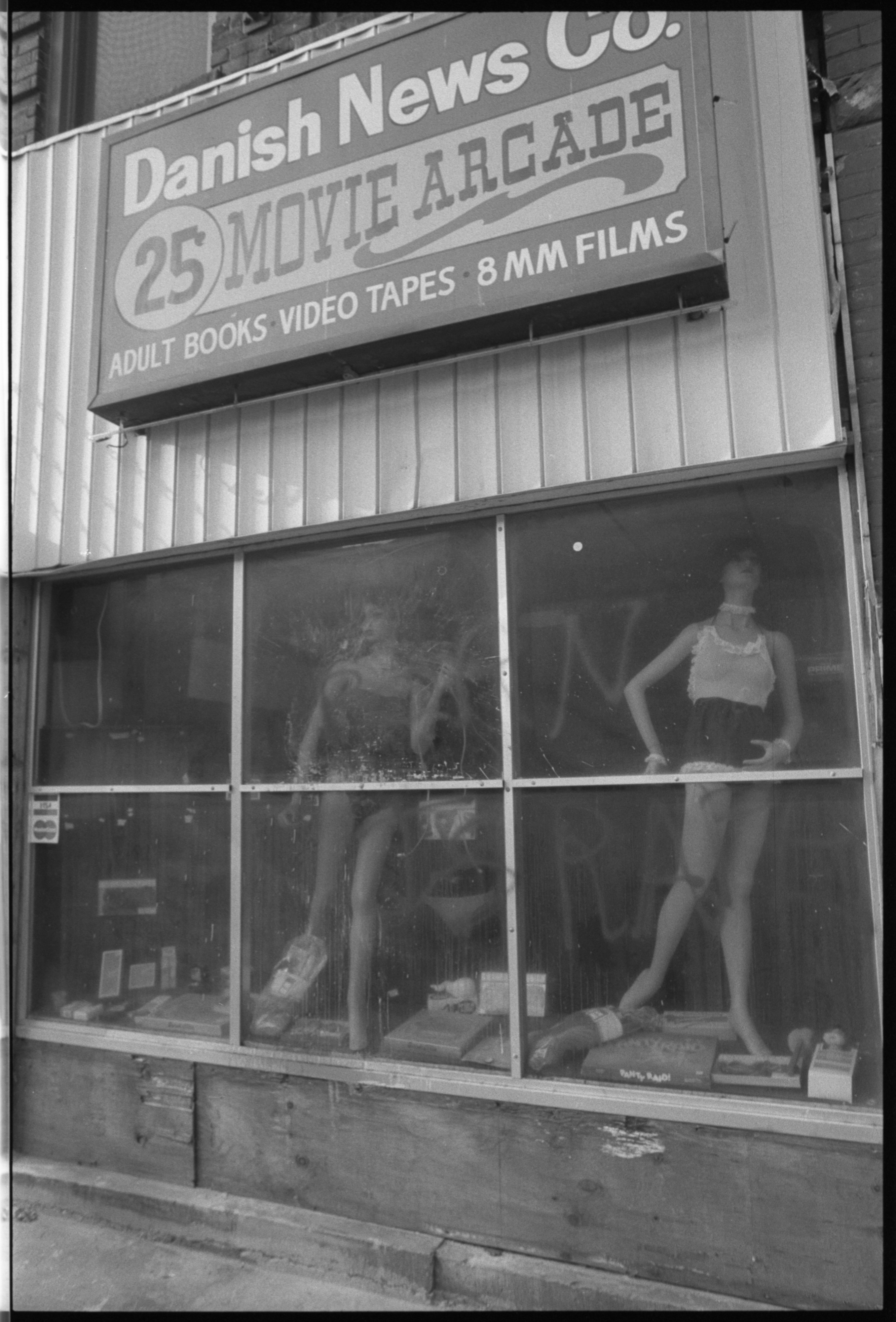 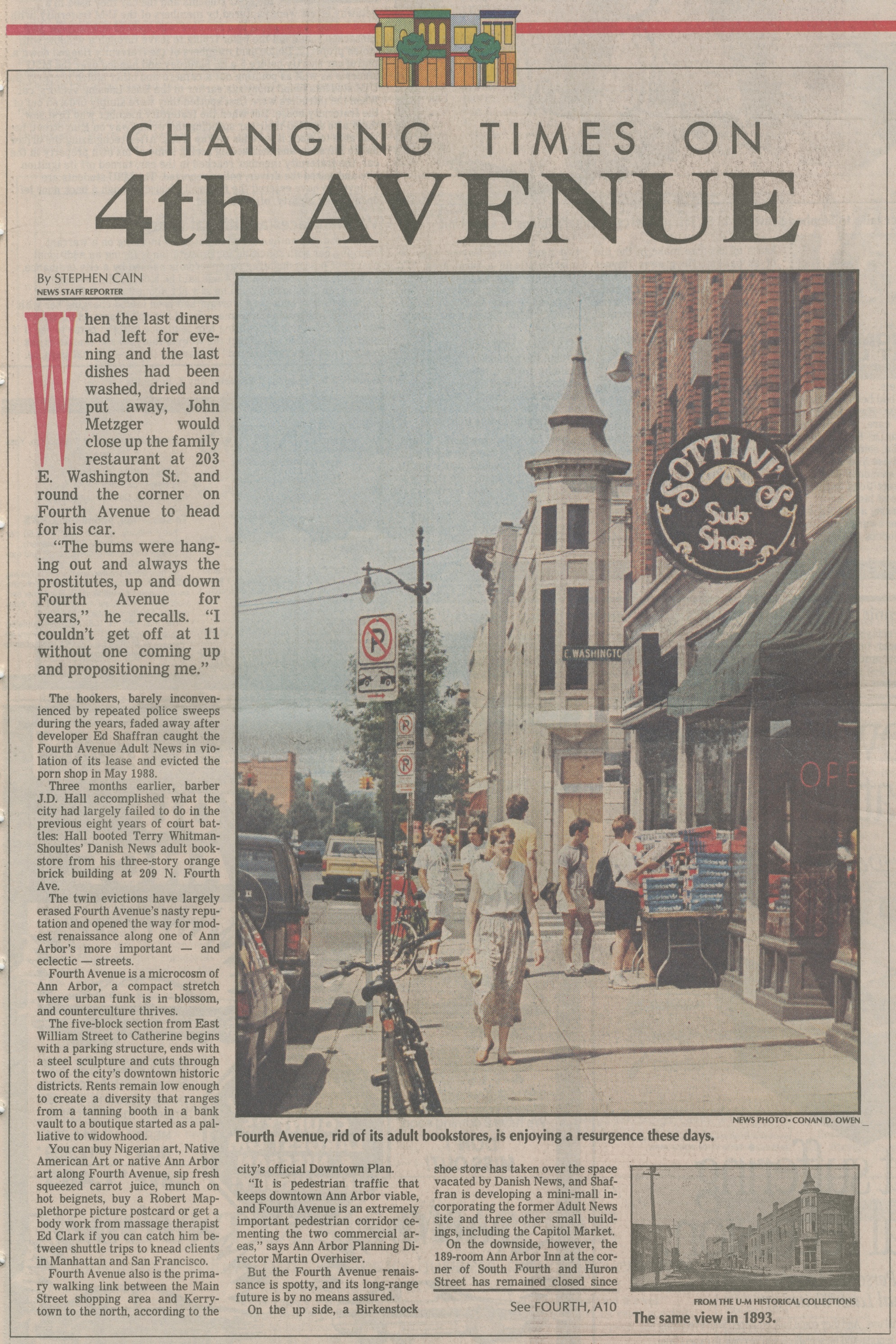 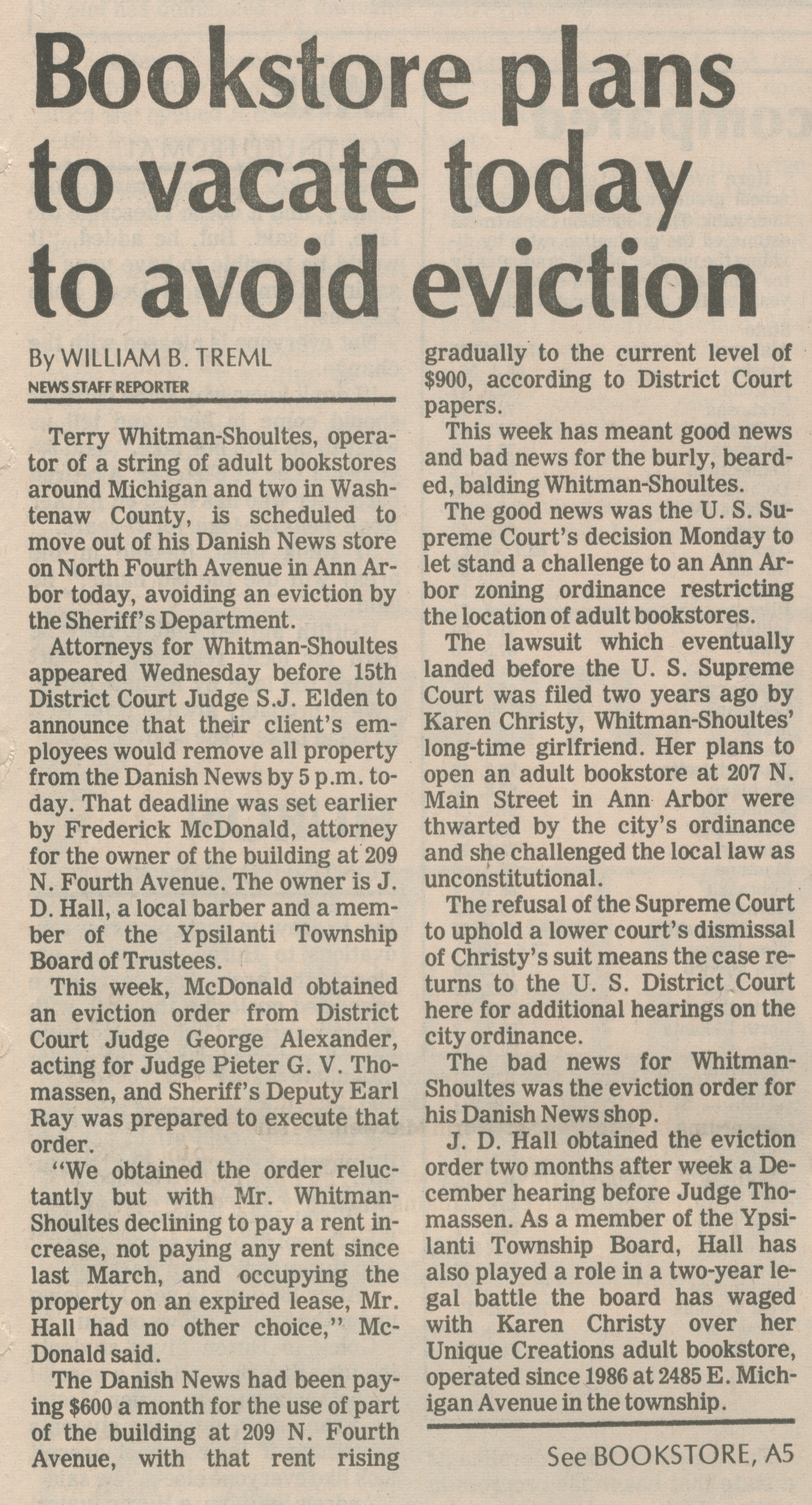 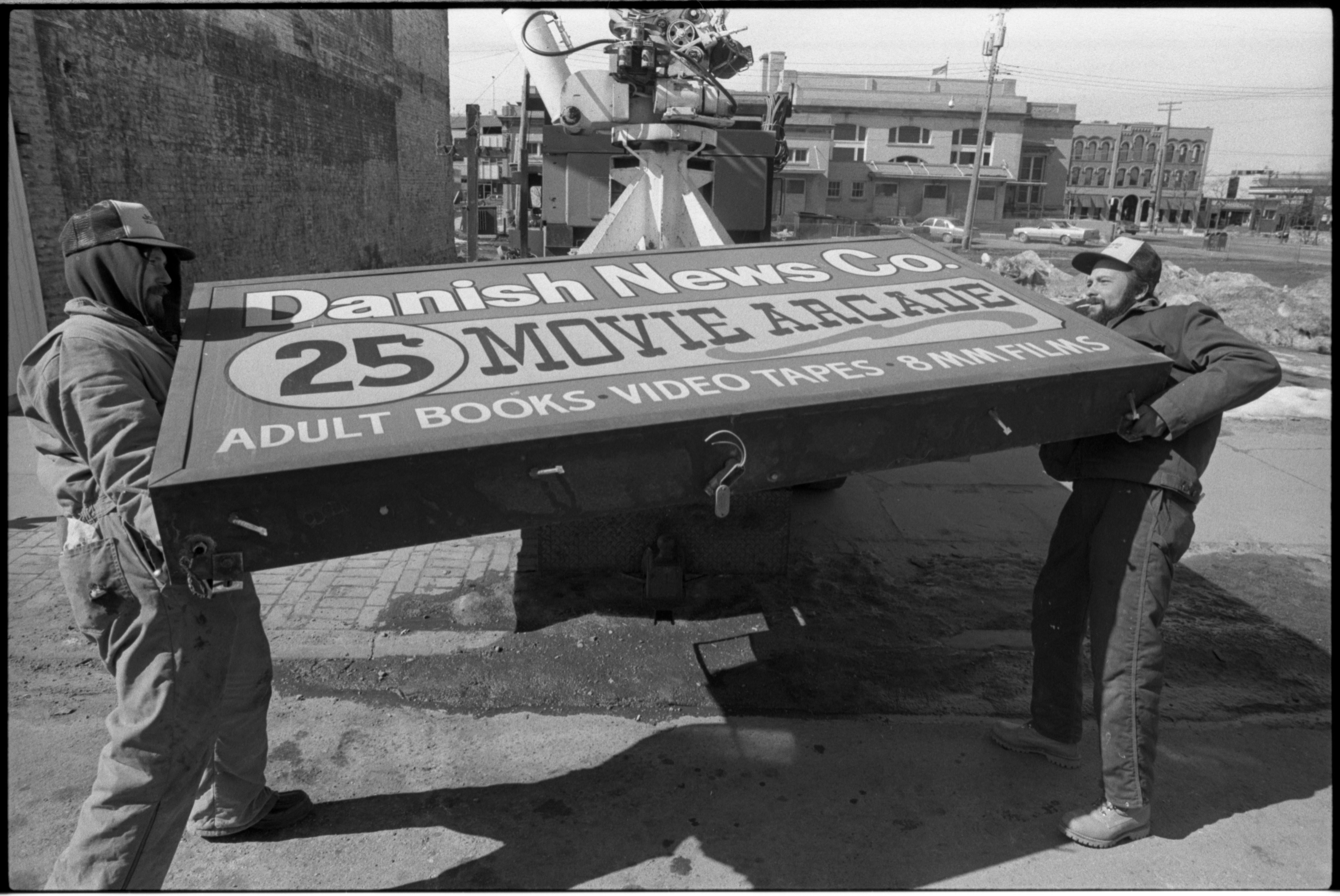 Published In
Ann Arbor News, March 7, 1988
Caption
DOWN AND AWAY - Terry Climie and William Rajewski from the Jones Sign Co. of Flint remove a landmark of sorts - the Danish News adult bookstore sign, which hung above the store's entrance in the 200 block of North Fourth Avenue in Ann Arbor. Terry Whitman-Shoultes, operator of a string of similar stores across Michigan, was evicted from the location last week by the owner of the building, J.D. Hall, whose barber shop is located next door. Hall is a member of the Ypsilanti Township Board, which has been involved in a prolonged legal suit against Whitman-Shoultes' companion, Karen Christy, over a bookstore she runs on East Michigan Avenue in the township.
Copyright
Copyright Protected
Subscribe to Danish News Co. (Adult Bookstore)