4 named to Academy of Arts and Sciences 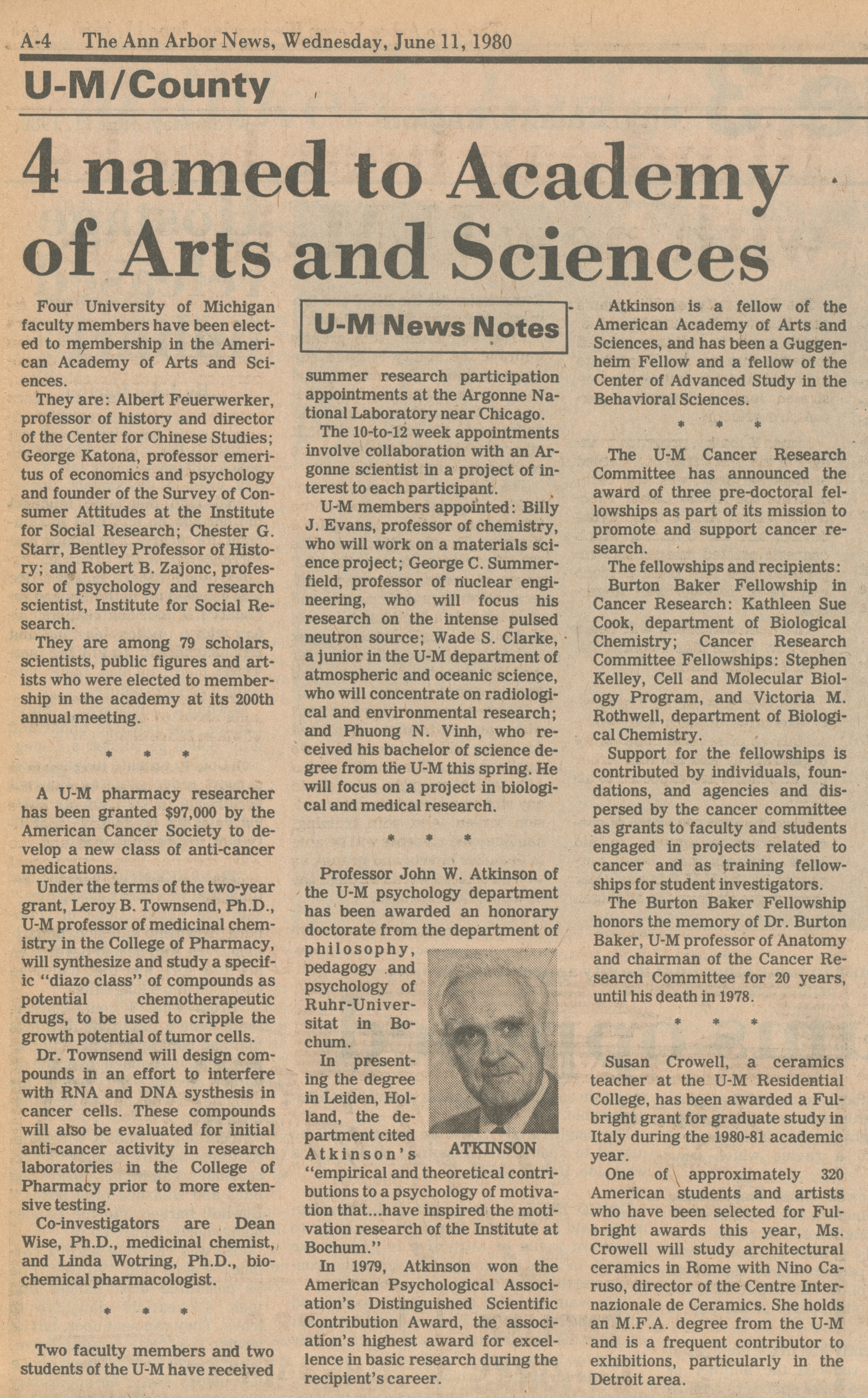 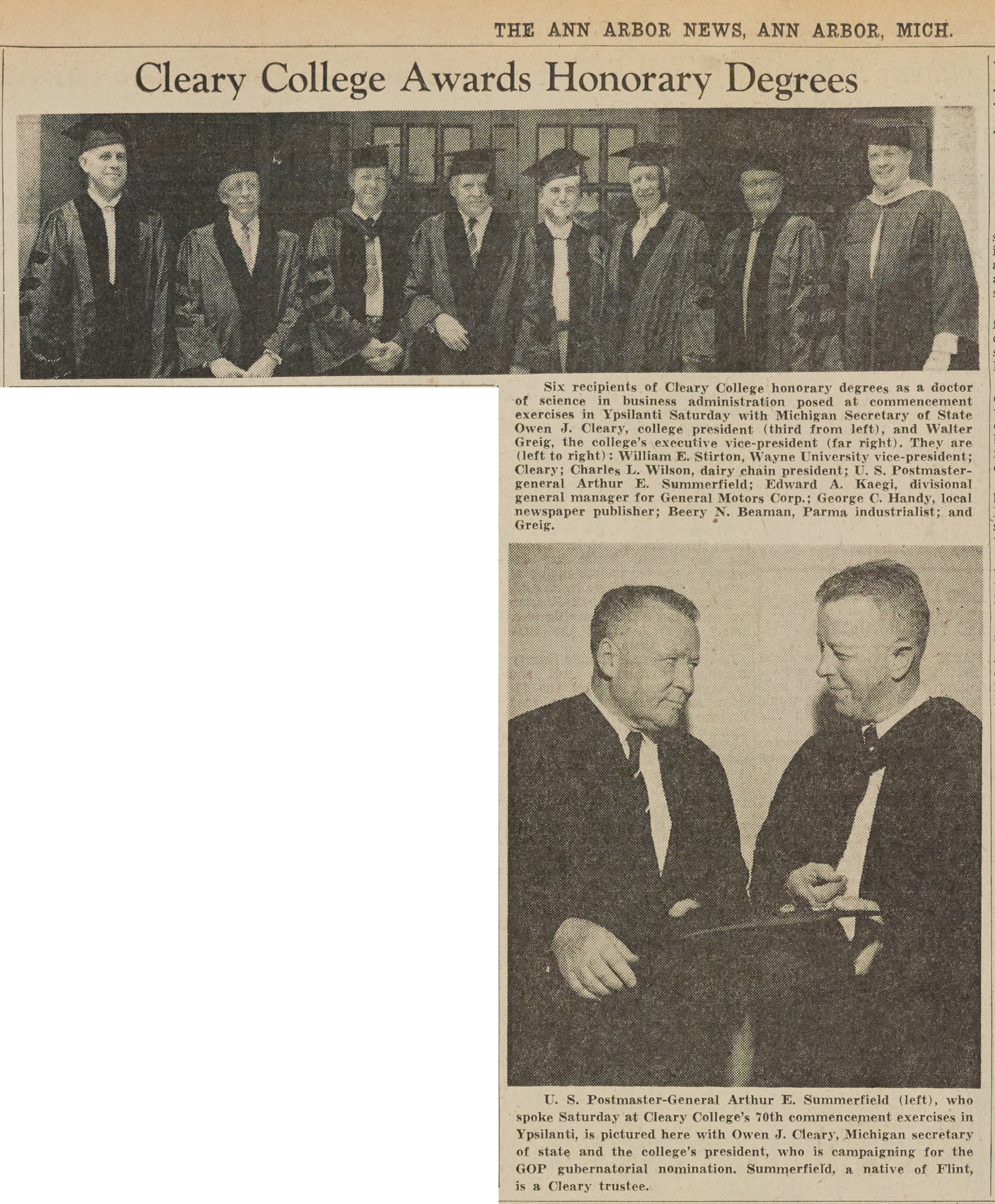 Shirley Smith Given An Honorary Degree 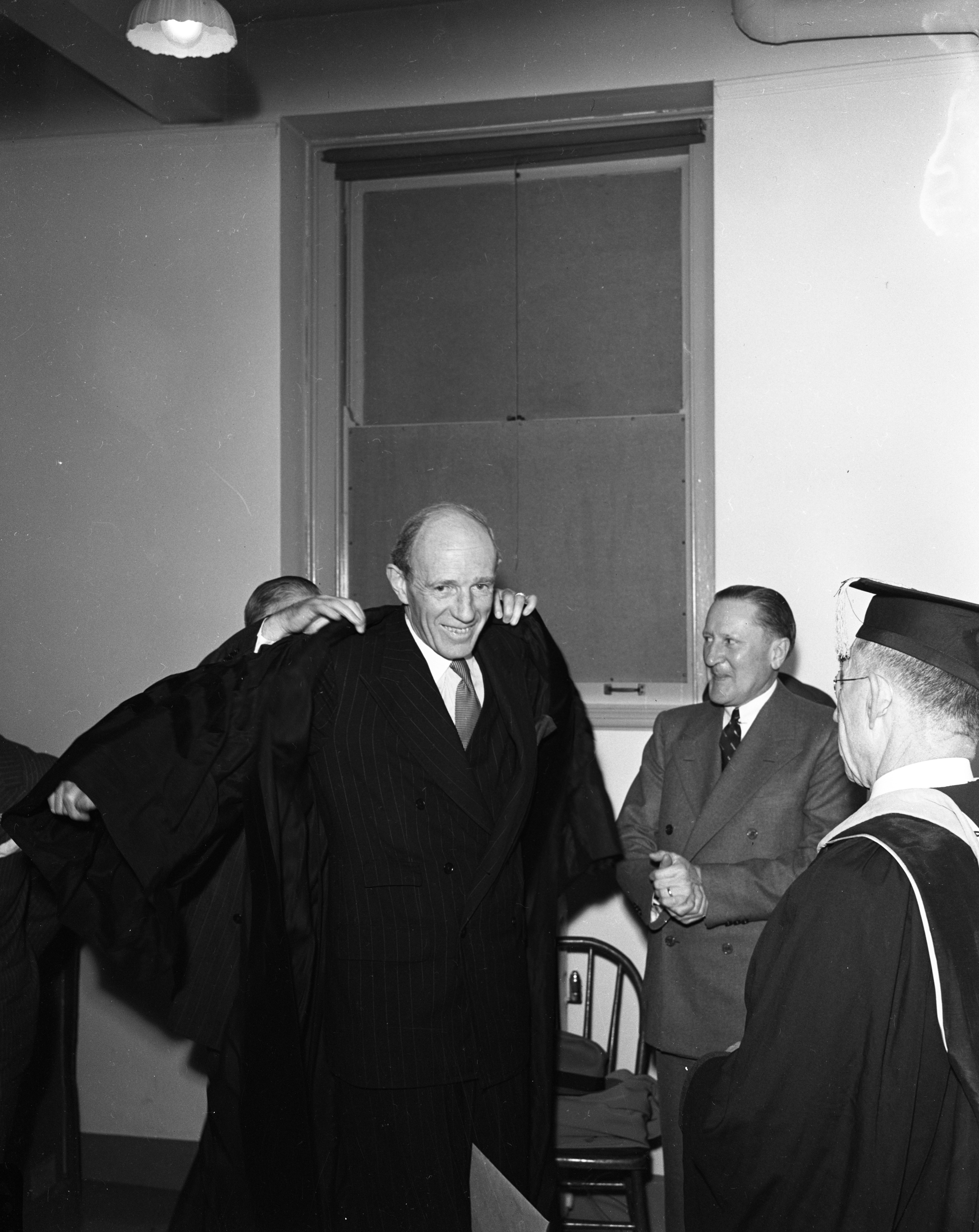 Published In
Ann Arbor News, April 21, 1944
Caption
VISCOUNT DONS ACADEMIC ROBES: Viscount Halifax, British ambassador to the United States, who was the speaker for the annual Honors Convocation held this morning in Hill Auditorium, was assisted into his academic robes in an anteroom, preceding the convocation, while R. Spencer Bishop (center), member of the University board of regents, and Joseph A. Bursley (right), dean of students, look on. The ambassador was awarded an honorary degree by the University
Copyright
Copyright Protected 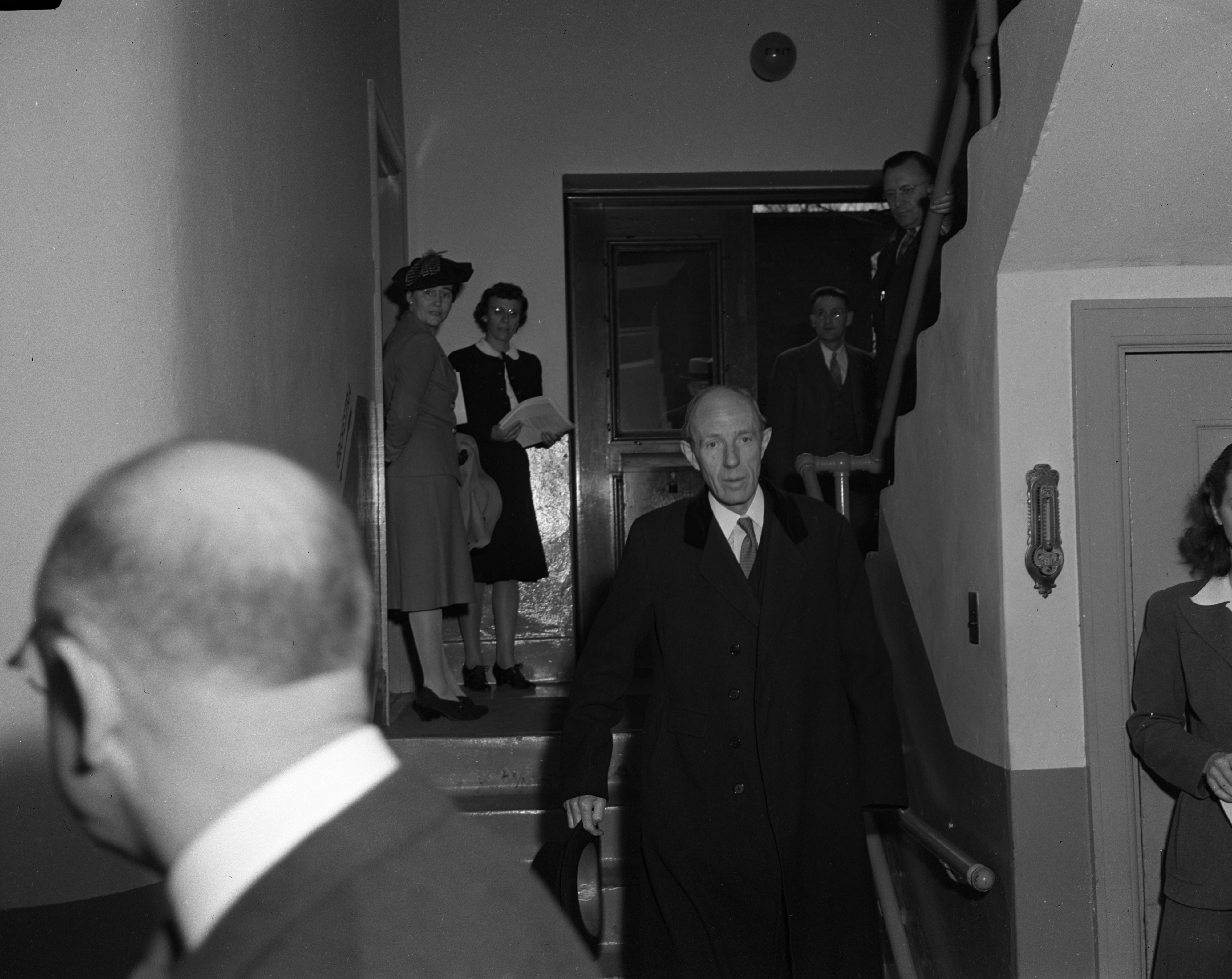 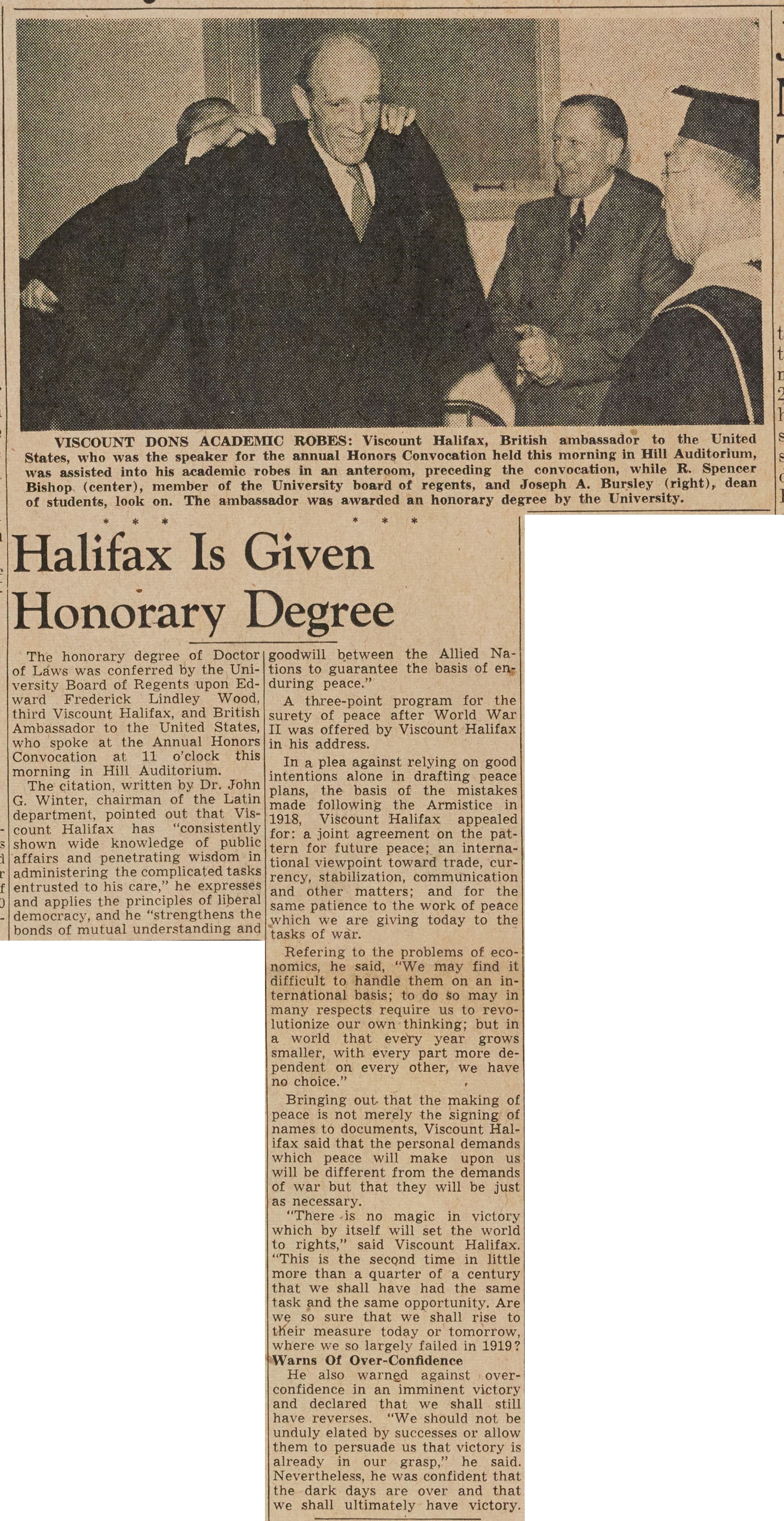 Selassie At U Ceremony 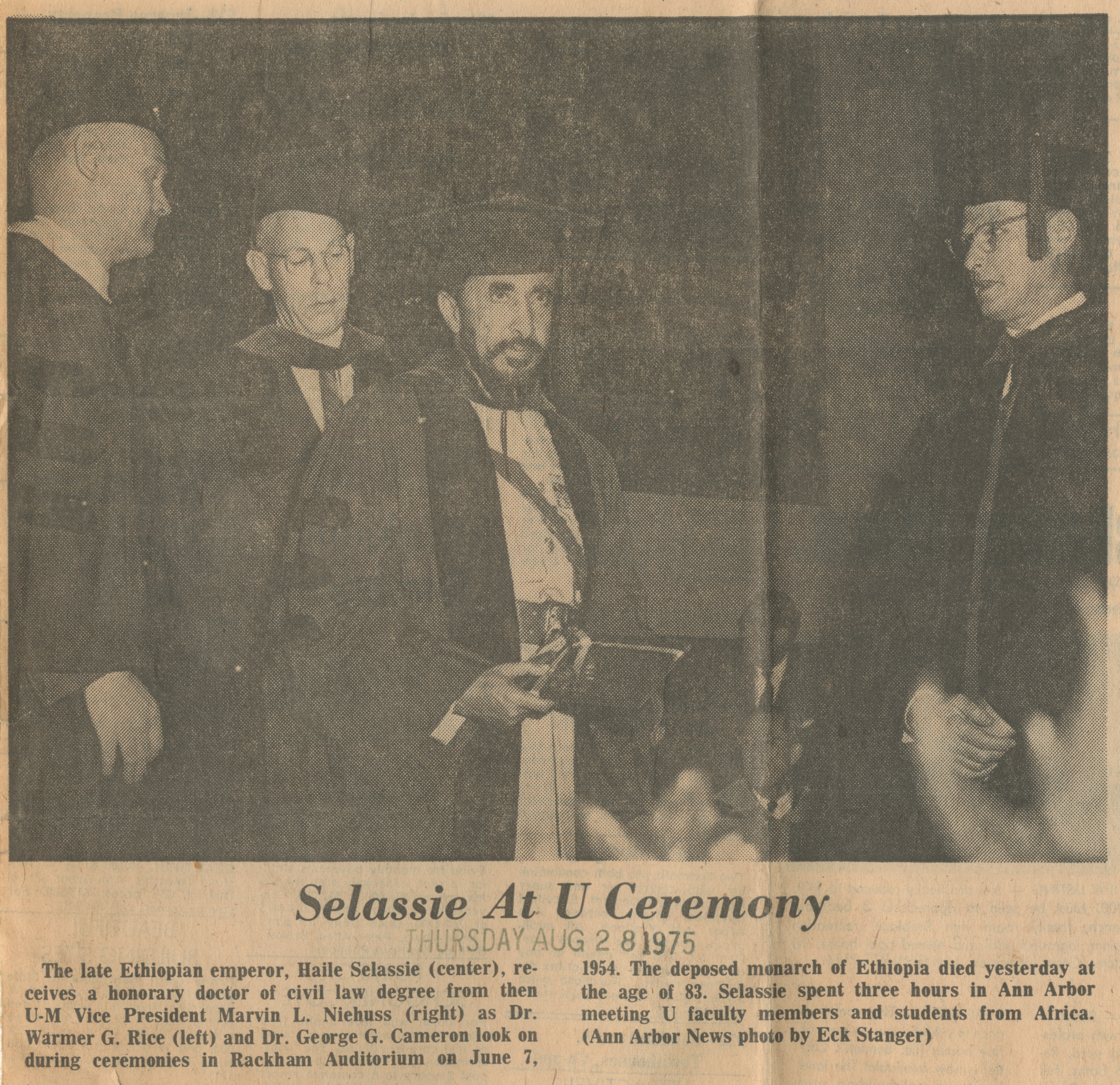 Dr. Sukarno, president of Indonesia, and his son Mohammed Guntur, visit the University of Michigan, May 1956 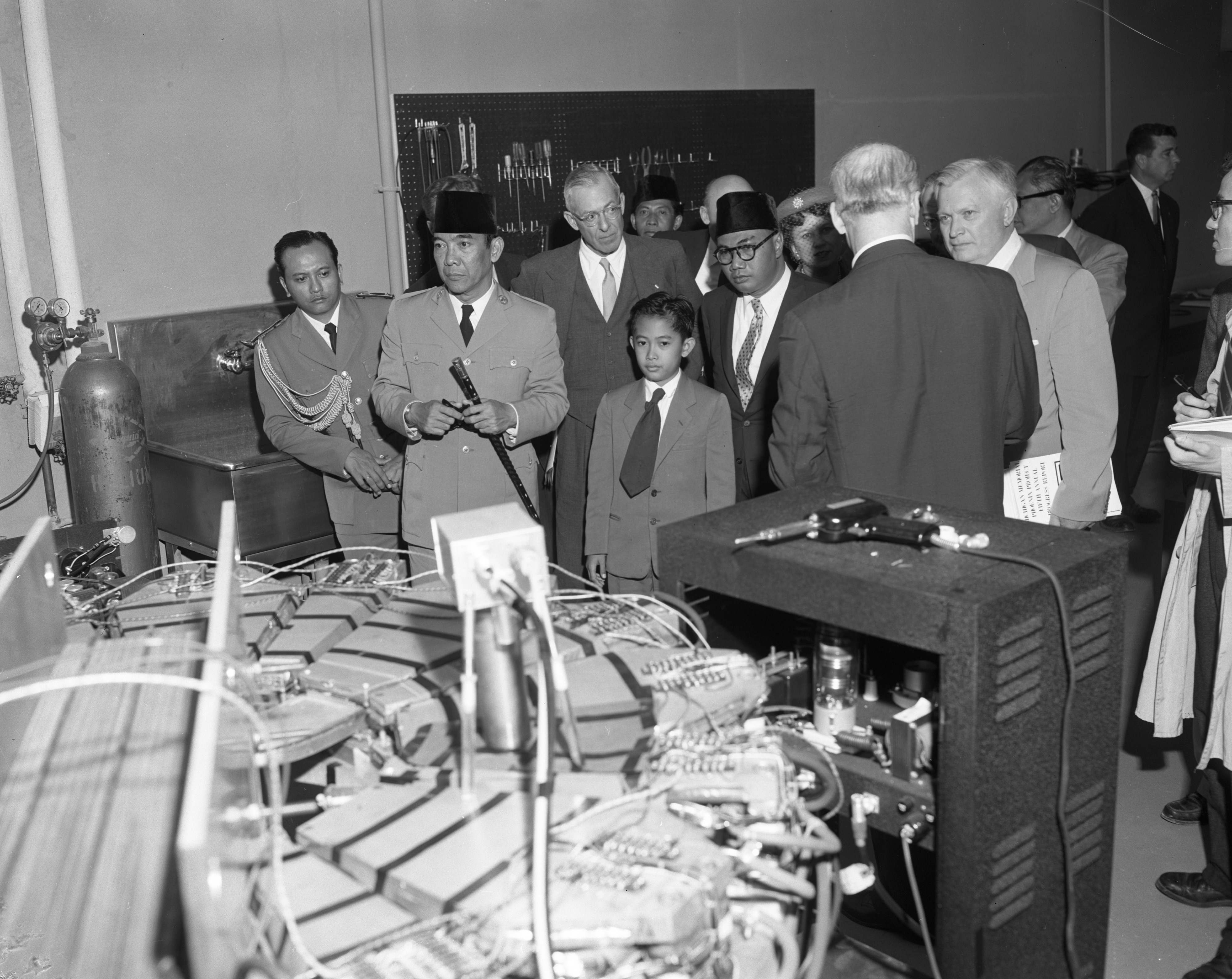 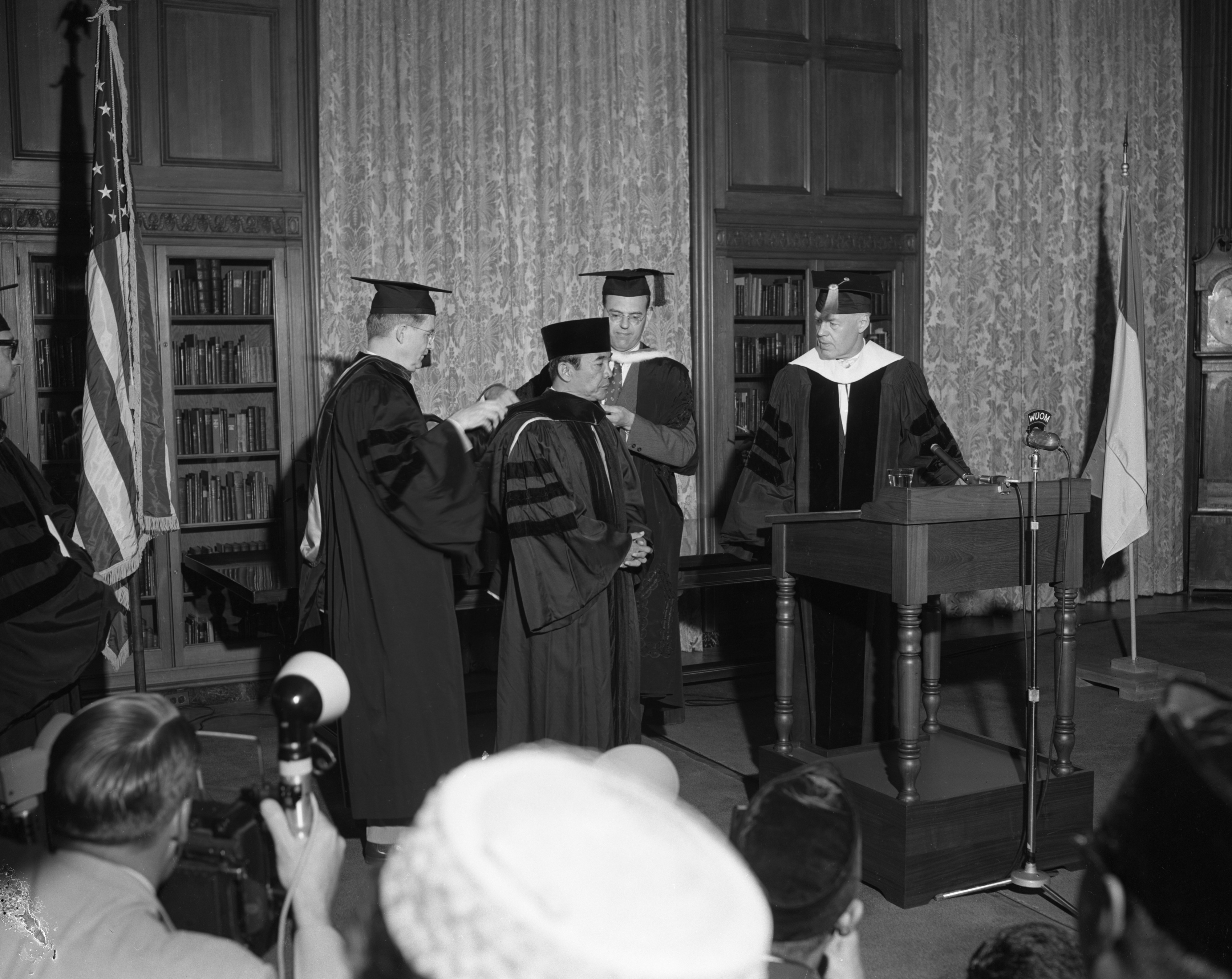