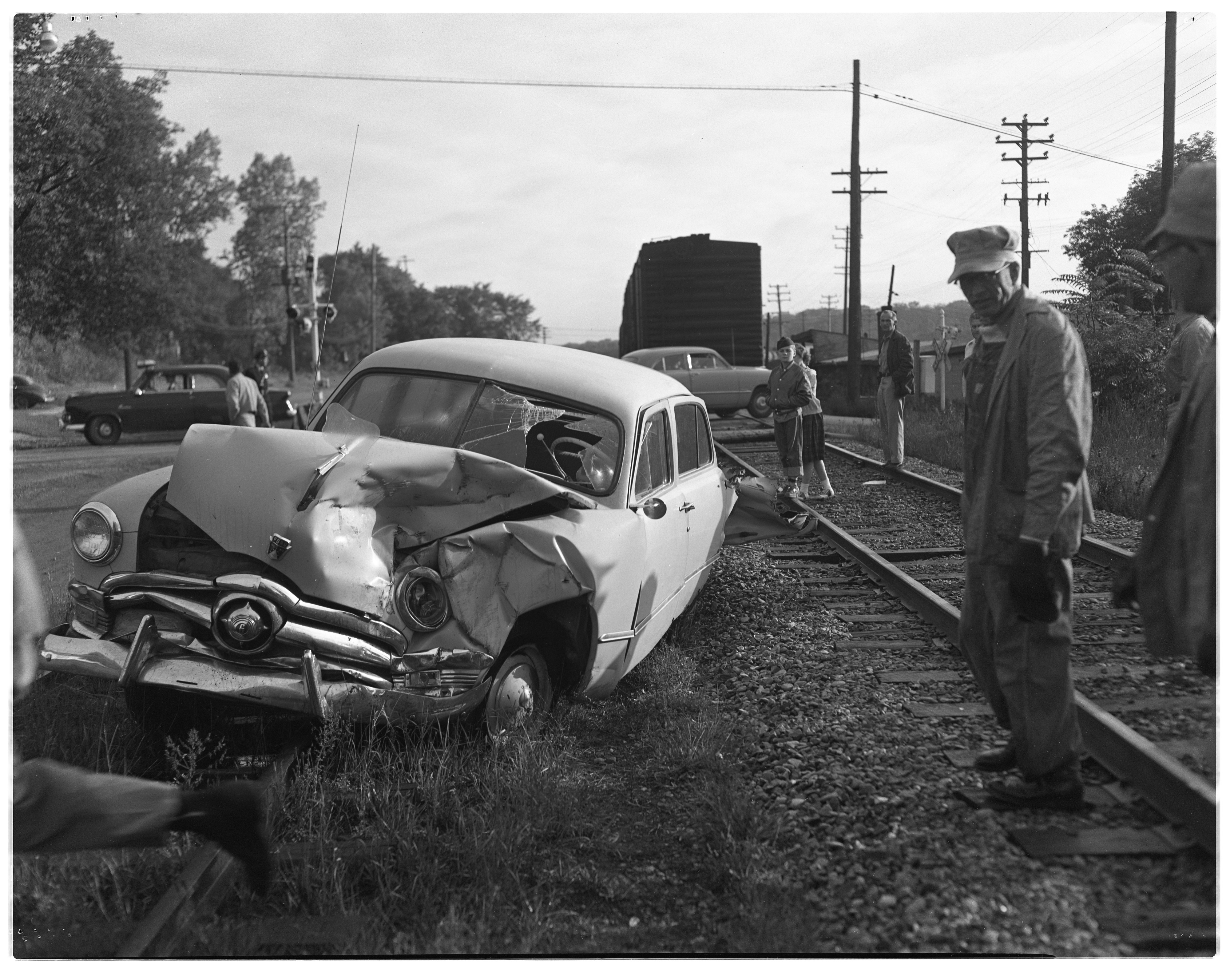 Published In
Ann Arbor News, September 23, 1952
Caption
Car Dragged 50 Feet By Locomotive: An Ann Arbor man escaped with only minor injuries when the car he was driving collided this morning with the engine of a freight train. This is how the car looked after the impact. It was dragged about 50 feet.
Copyright
Copyright Protected 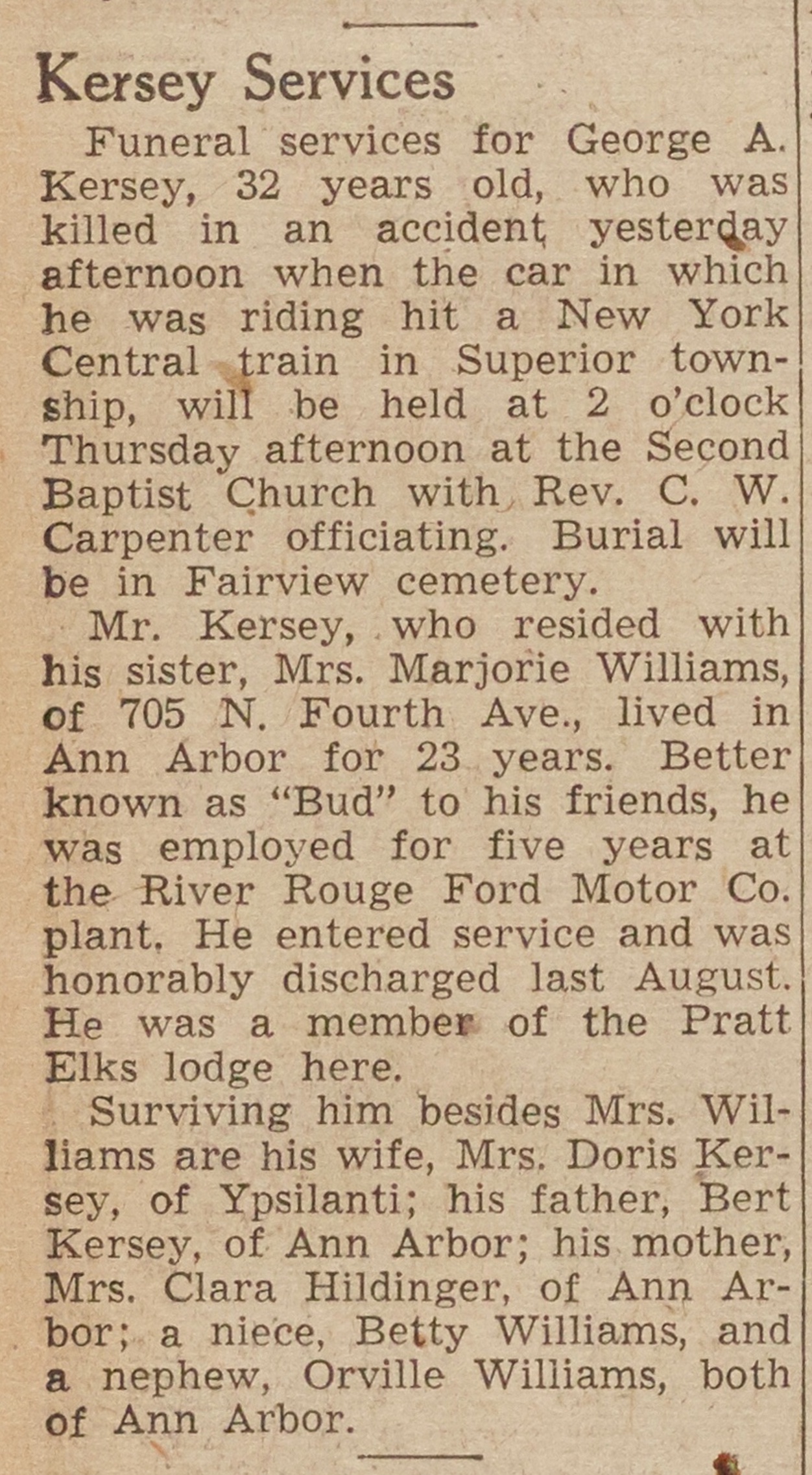 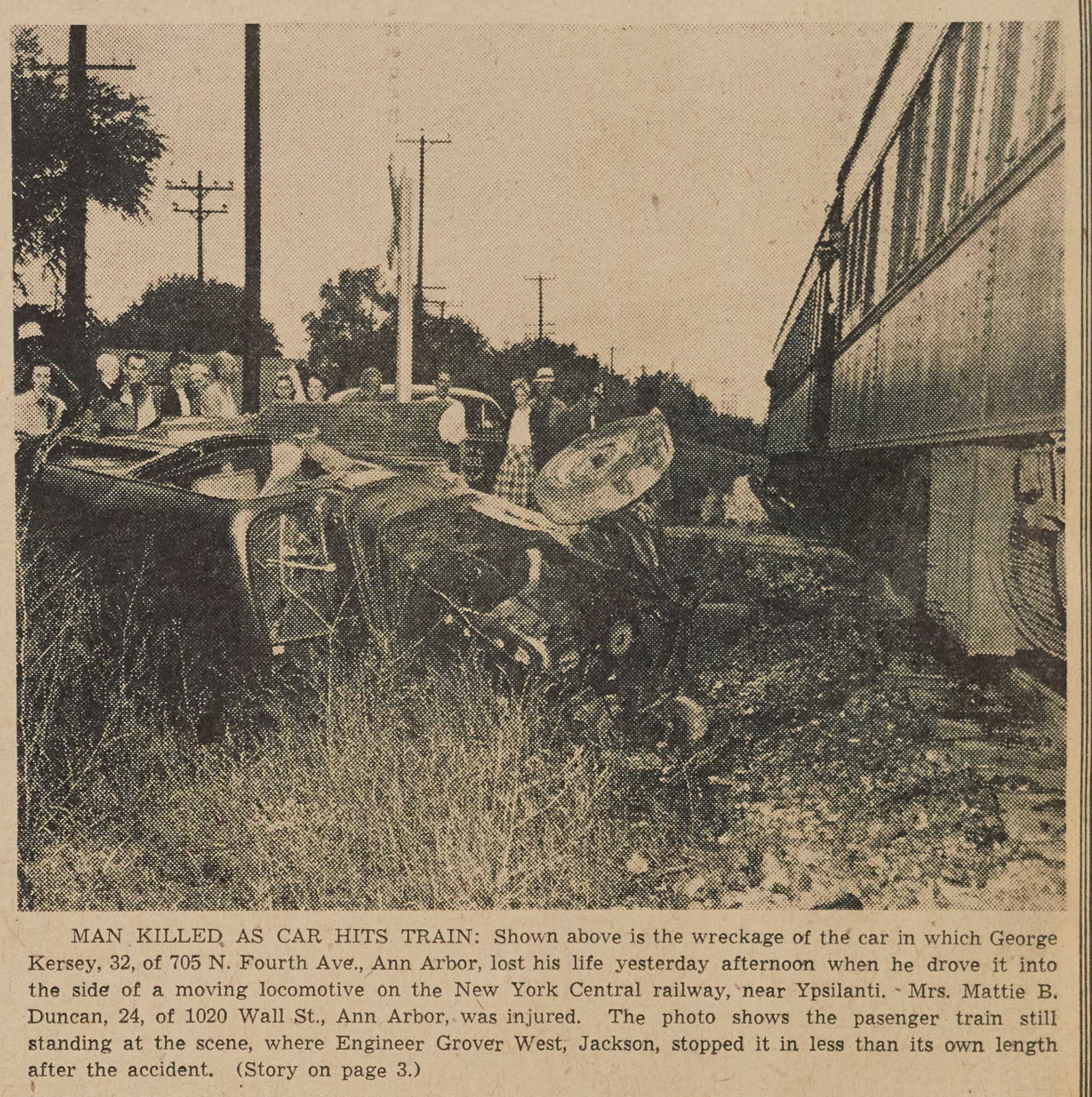 Onlookers Gather Around The Remains Of An Automobile Hit By A Train In Dexter, August 1946 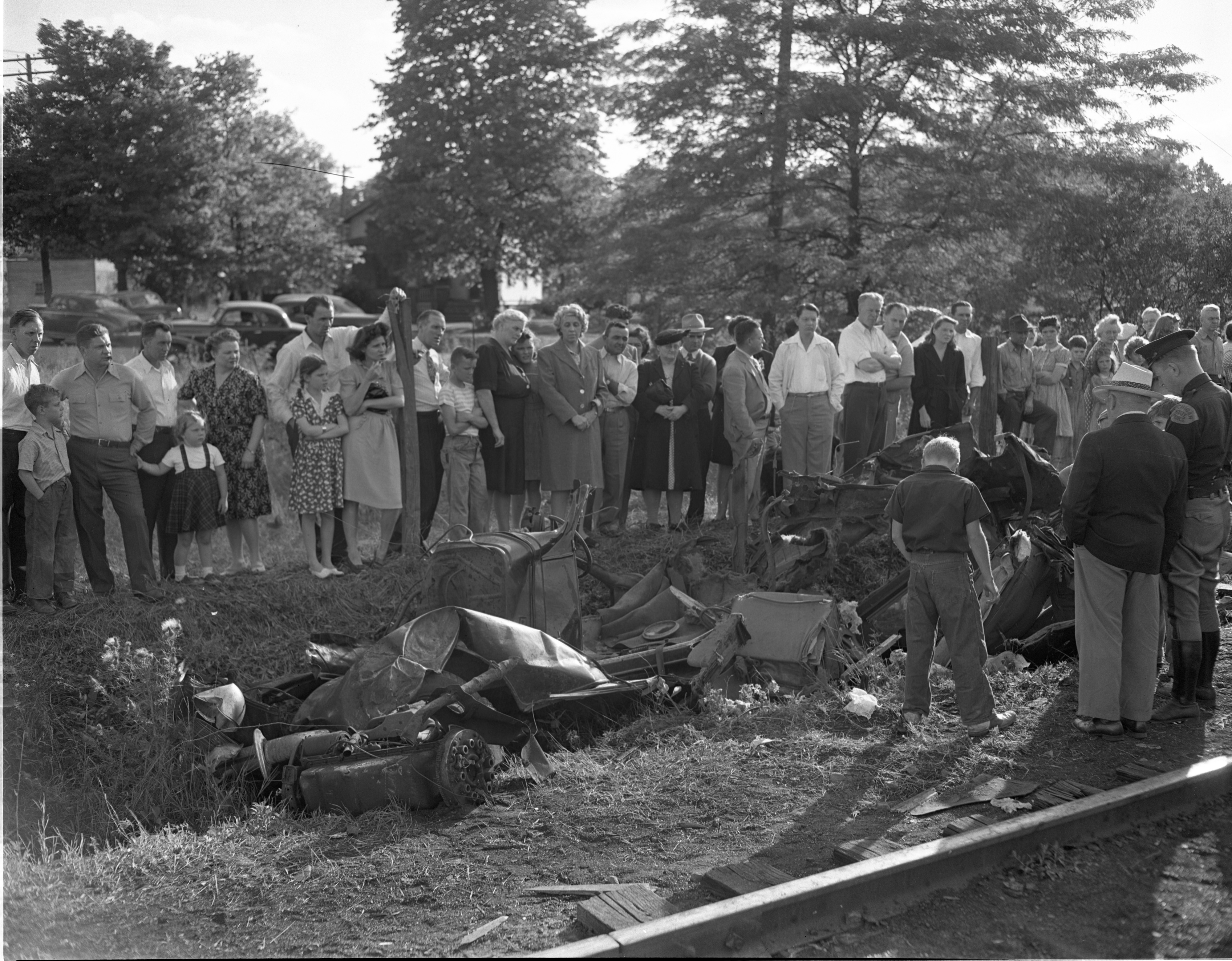 Published In
Ann Arbor News, August 26, 1946
Caption
WRECKAGE OF CAR IN WHICH THREE WOMEN DIED: Onlookers view the scattered remnants of the two-door sedan in which three women, two of them from Ann Arbor, were instantly killed as the New York Central railroad's crack streamliner, the Mercury, crashed into the car at Dexter yesterday afternoon. The dead were Miss Theckla Louise Frank, 68, and Mrs. Minnie F. Drittler, 75, sisters, of 333 S. Division St. and Mrs. Dorothy Sager, 40, wife of Prof. Ward Sager of Central State Teachers College, Mt. Pleasant, who was visiting here during his graduate studies at the University.
Copyright
Copyright Protected

Onlookers Gather Around The Remains Of An Automobile Hit By A Train In Dexter, August 1946 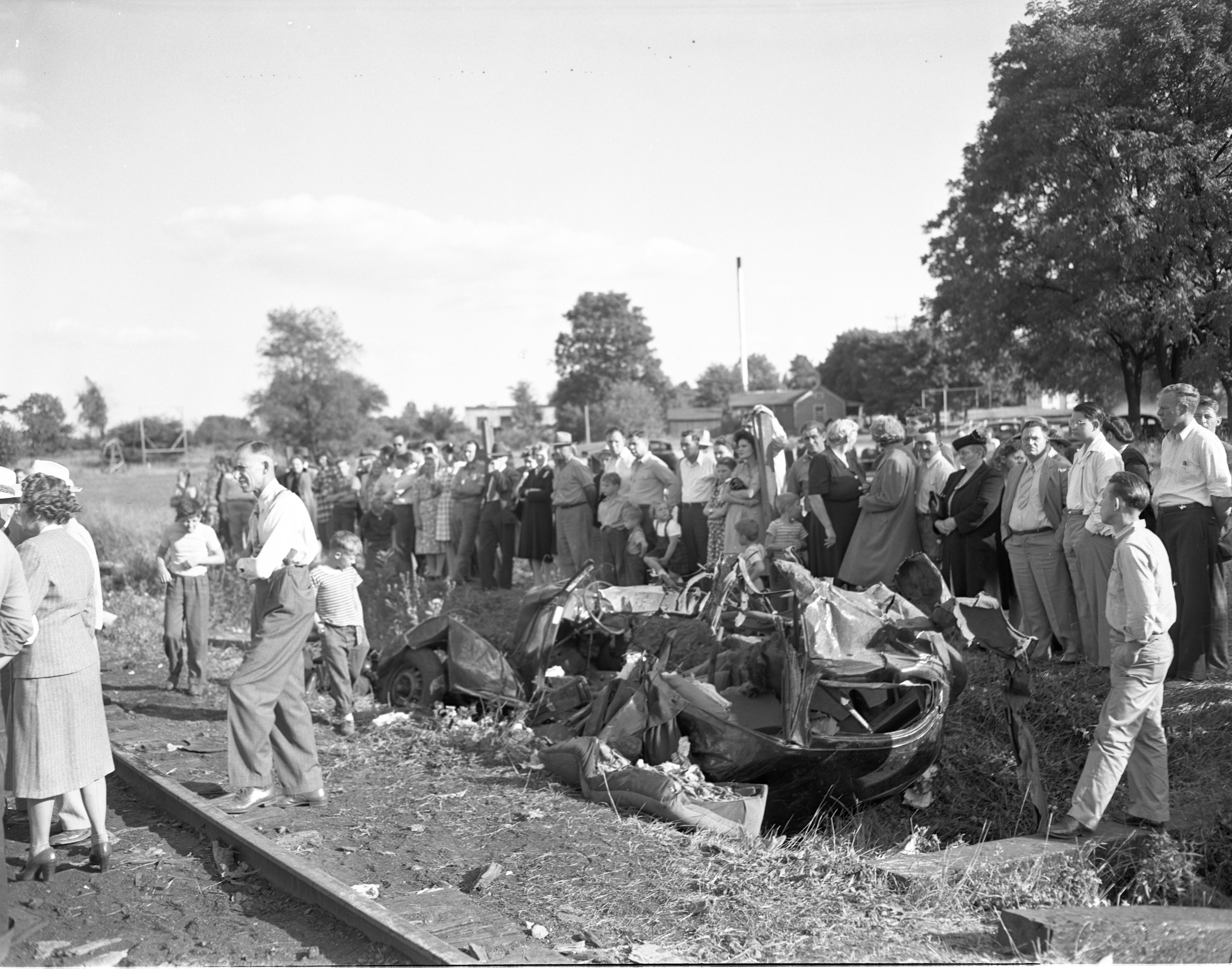 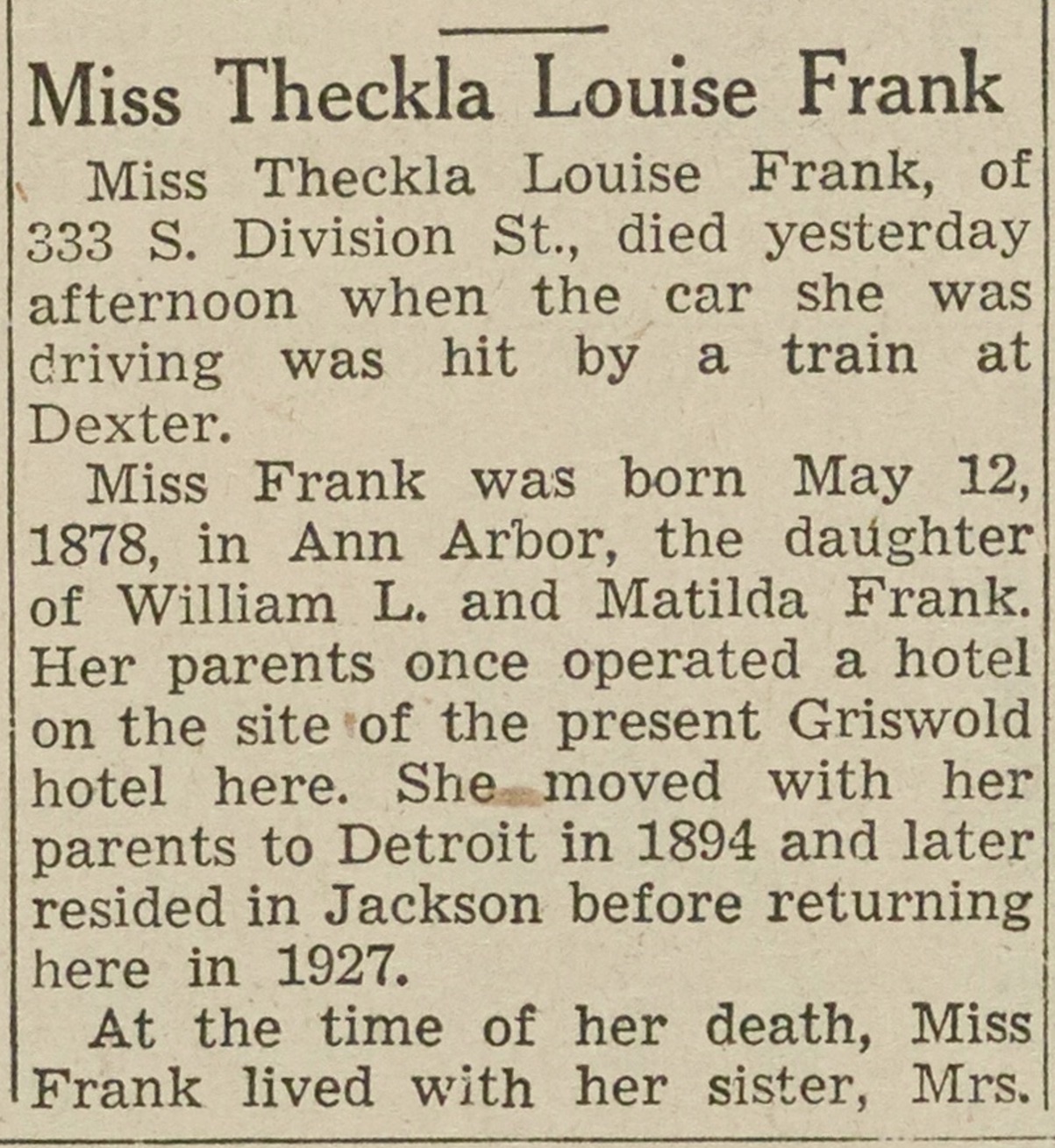 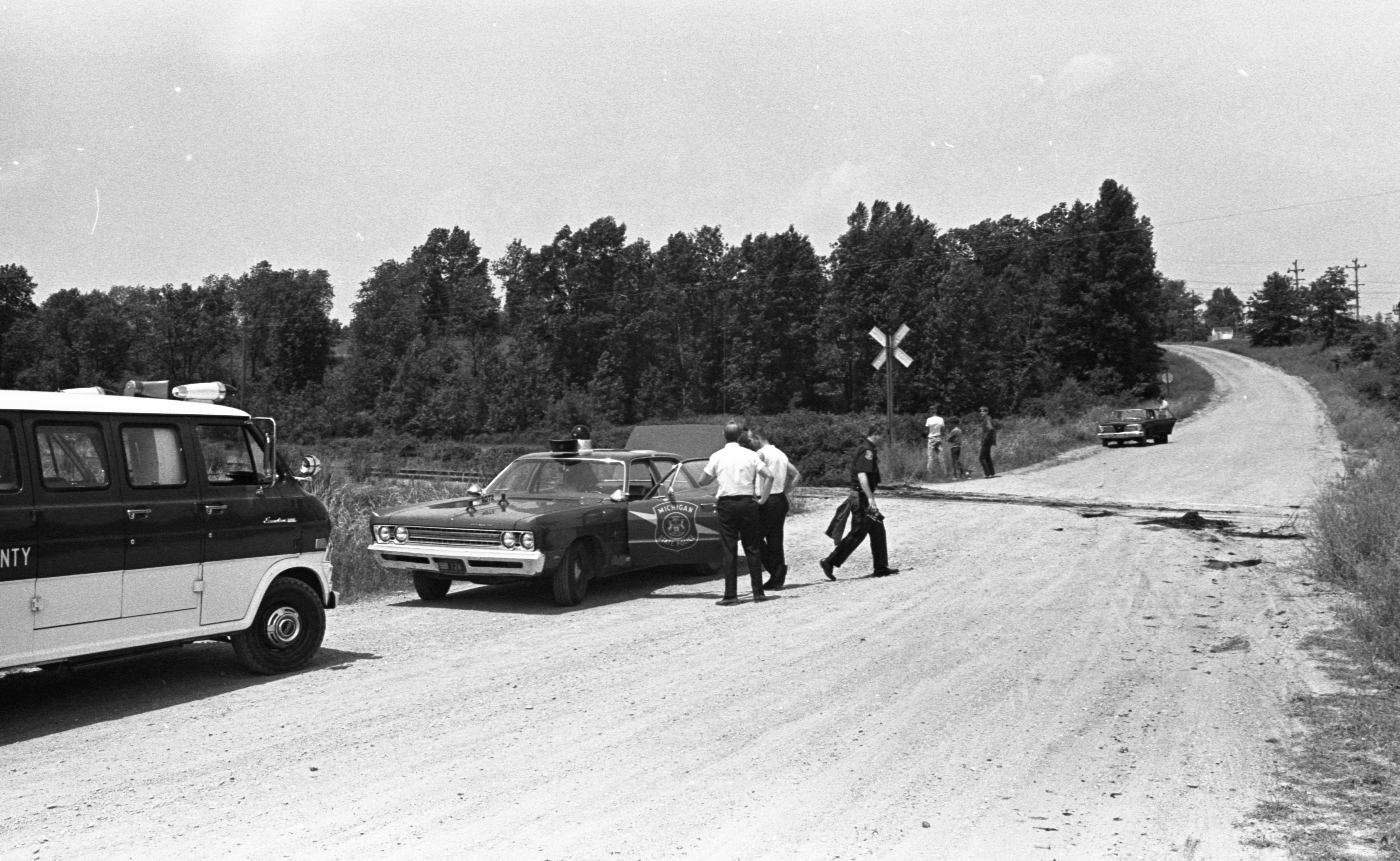