Crossing Guard And Pupil Among 20 Hurt In Mishaps 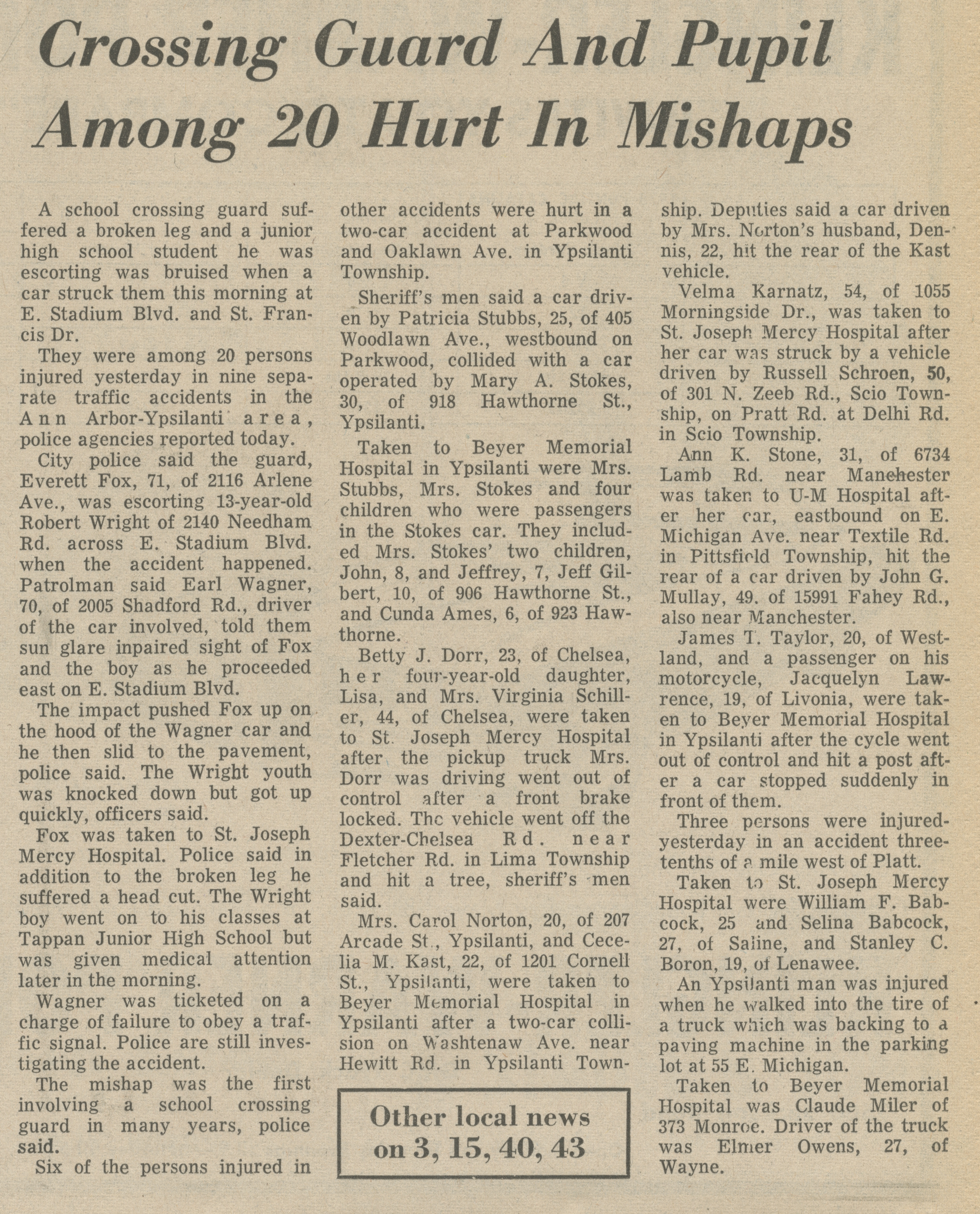