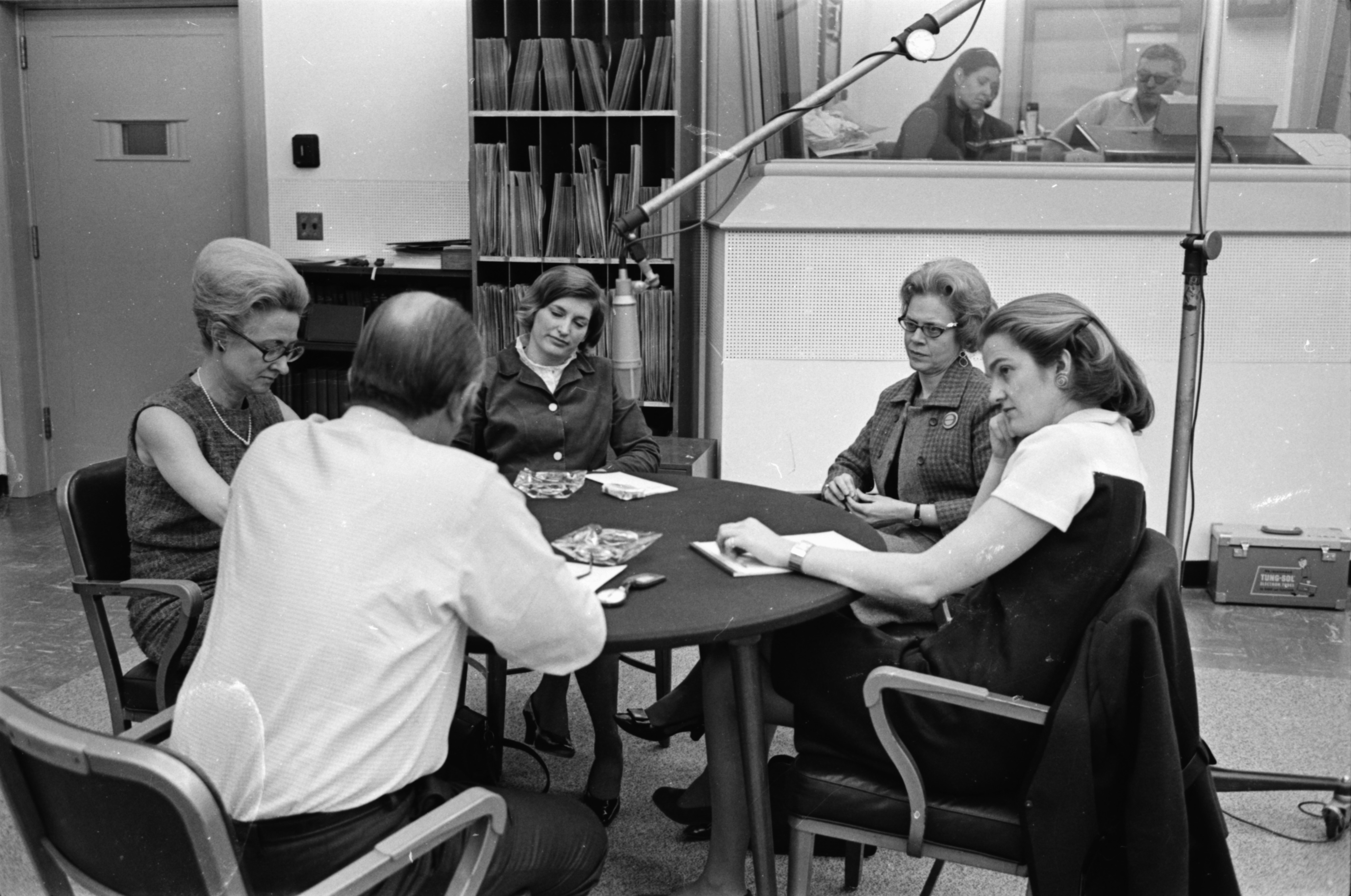 Published In
Ann Arbor News, March 16, 1970
Caption
Women's Rights At Issue Four women with varying opinions on the new feminism confer with "Eleventh Hour" host Ed Burrows. From left, Mrs. Eugene V. Douvan, psychology professor; Mrs. James Dabbs, a housewife and member of FOCUS; Mrs. John A. Bailey, housewife and Mrs. Barbara Newell, acting vice-president for student services at the University. Their comments, which were made in a taped session, can be heard over WUOM, Monday, Wednesday and Friday at 11 a.m. and 7 p.m. They discuss questions involving women's rights and social problems and females' role in the labor force.
Copyright
Copyright Protected 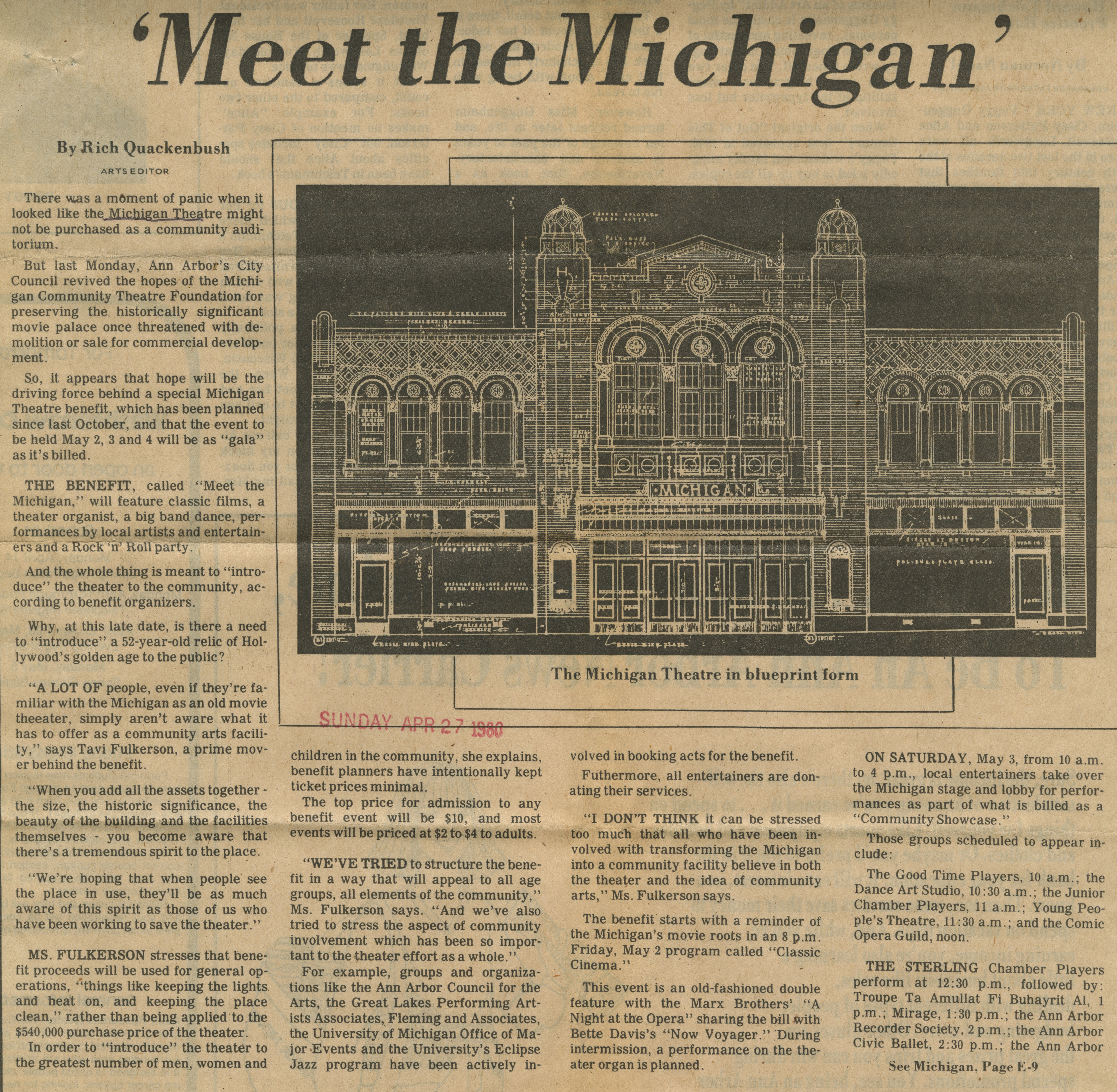 A look back at the best of local theater in 1990 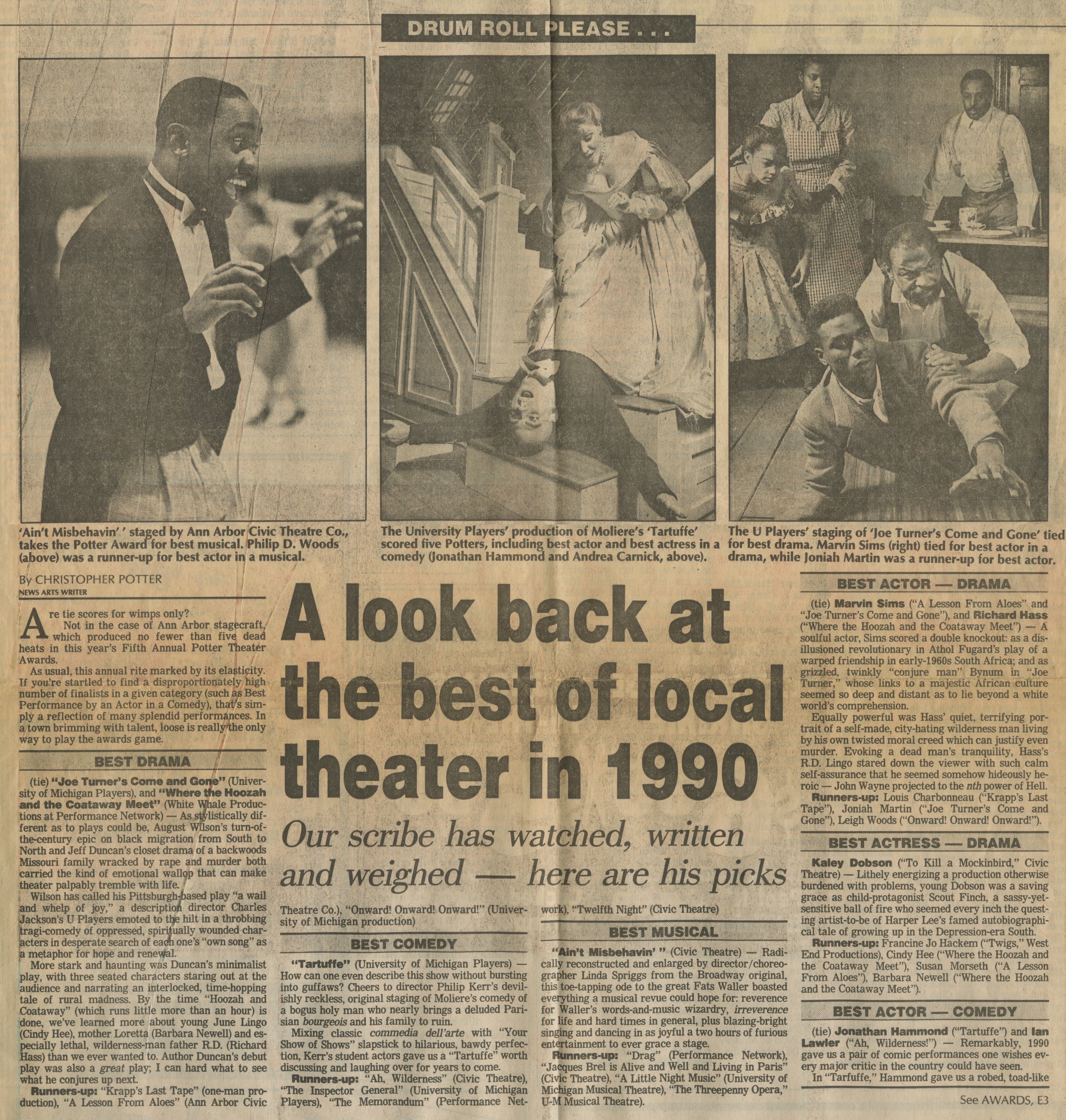 Tailor Made Actors fit roles perfectly in 'That'll be the Day' 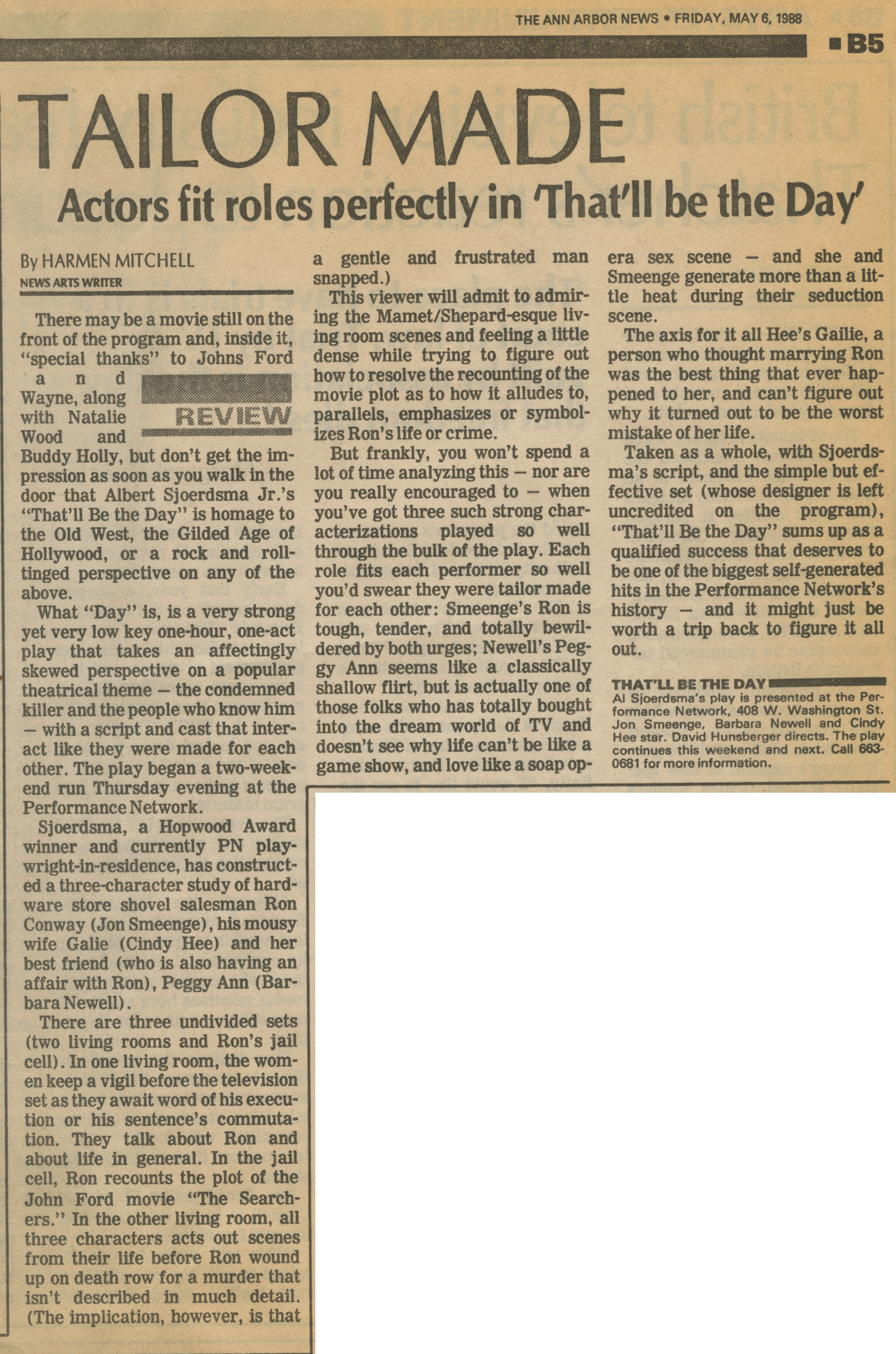 This work has lots of room for progress, but there's a prince lurking inside the frog 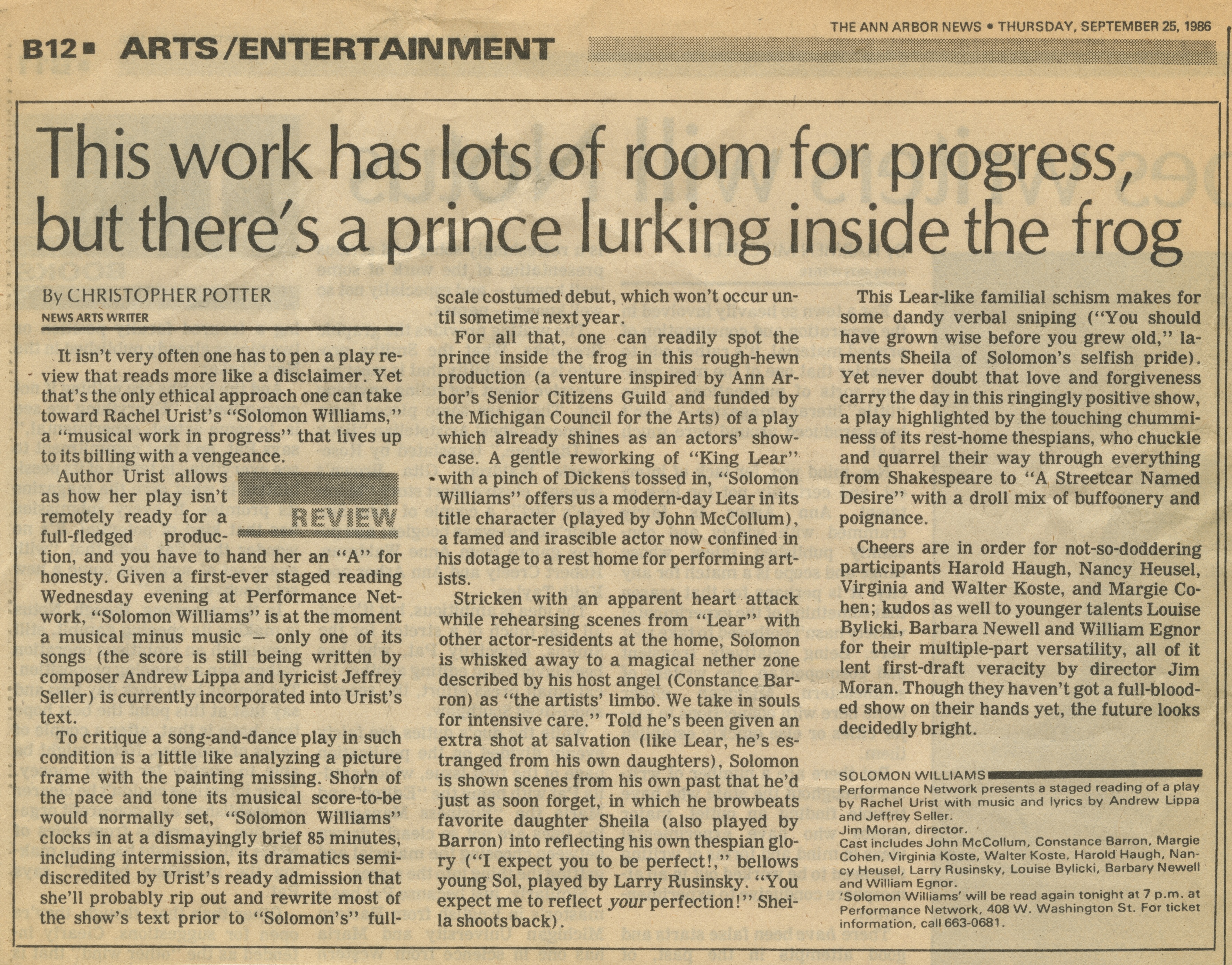 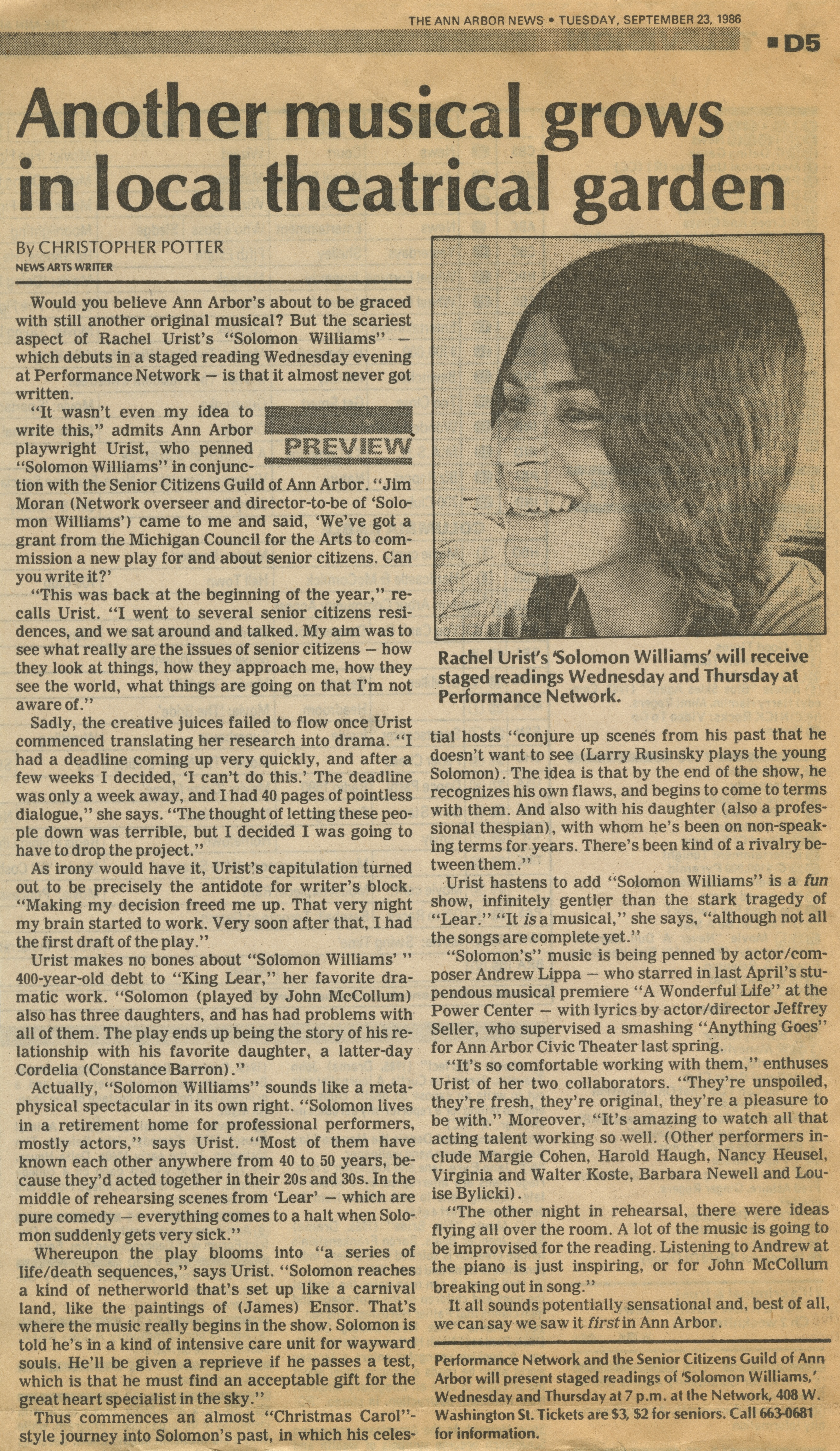 'Marigolds' is beyond this company's capacities 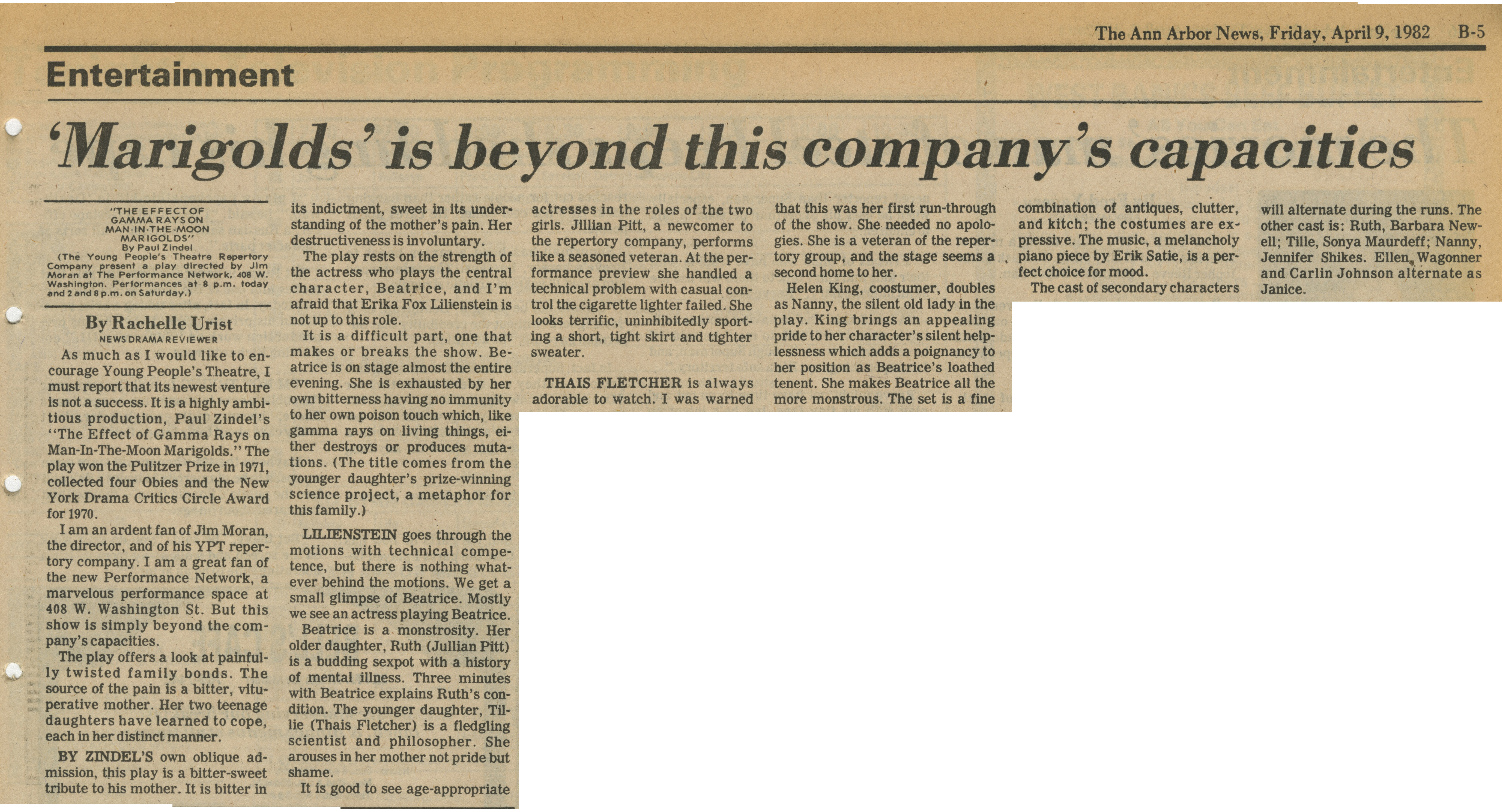 What will she call herself? 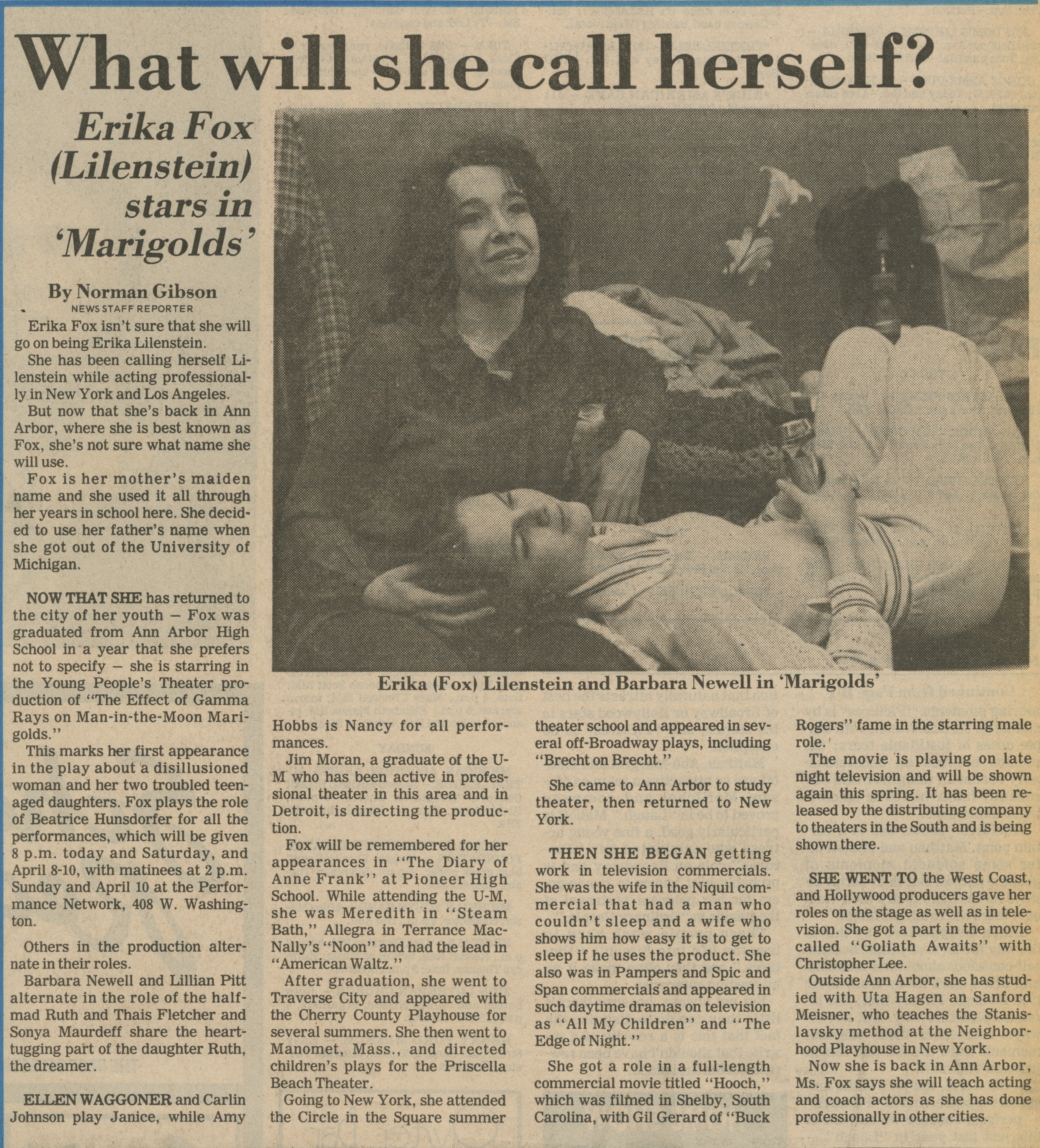