Fifteen Paintings By Lopez In 'Michigan On Canvas' Show 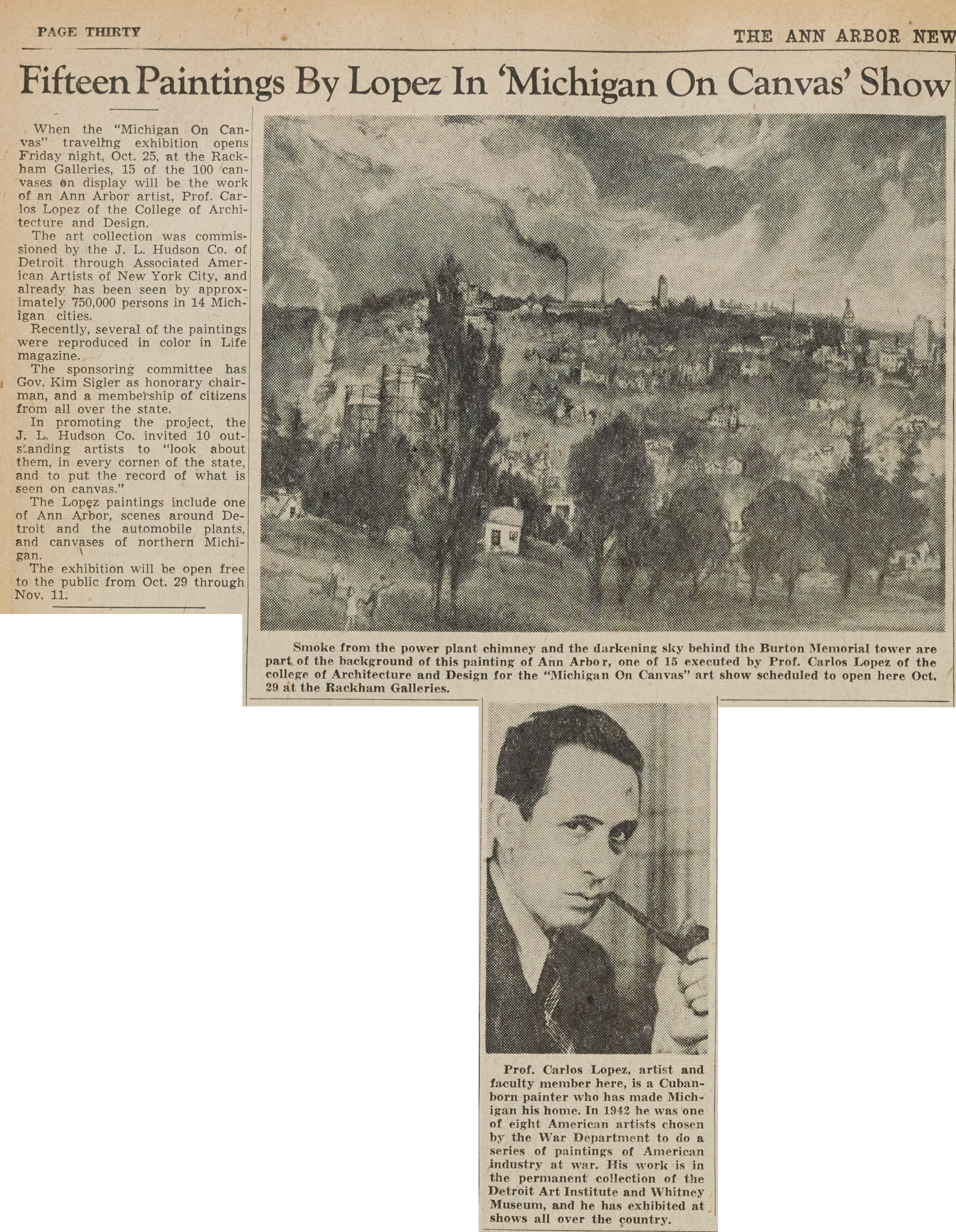 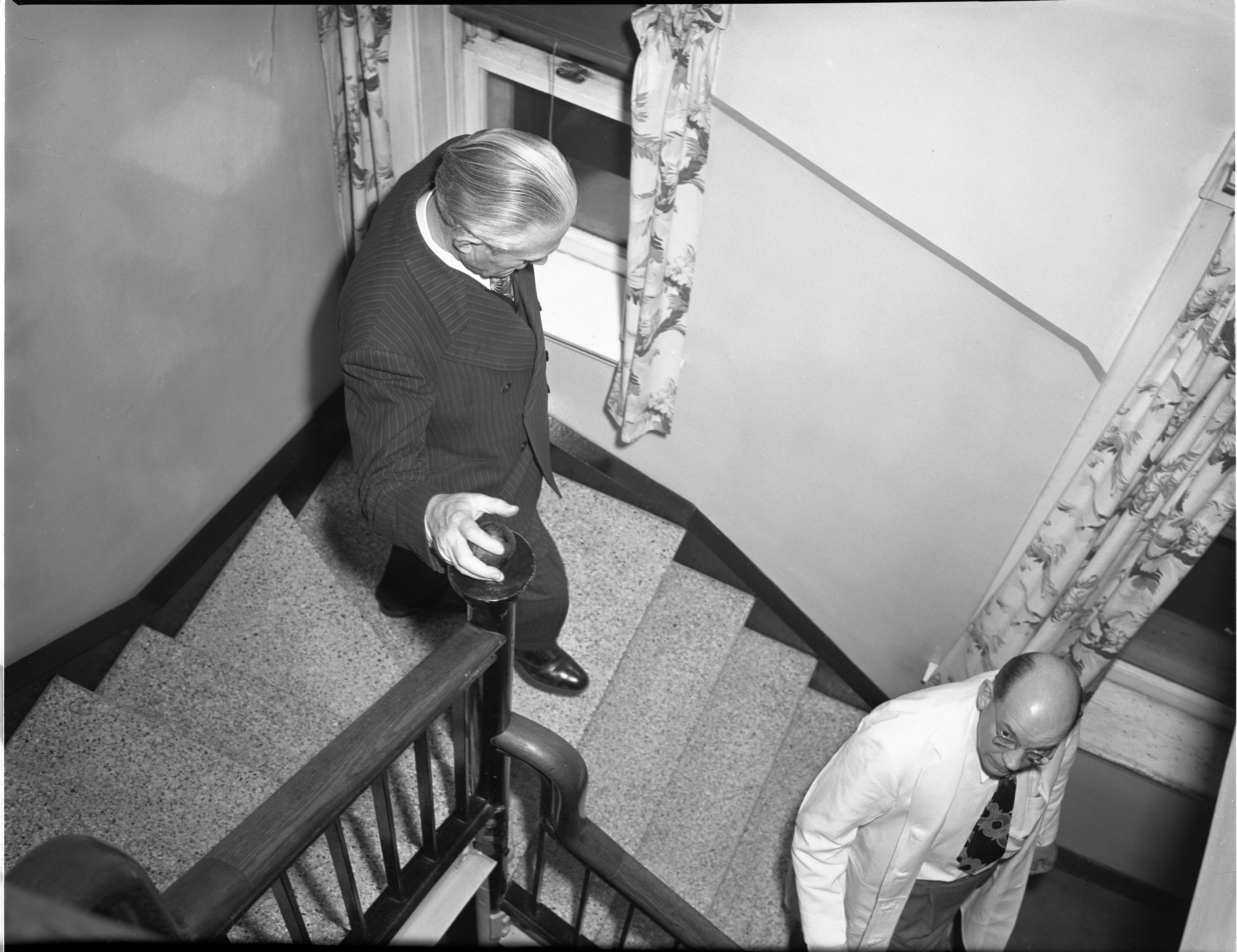 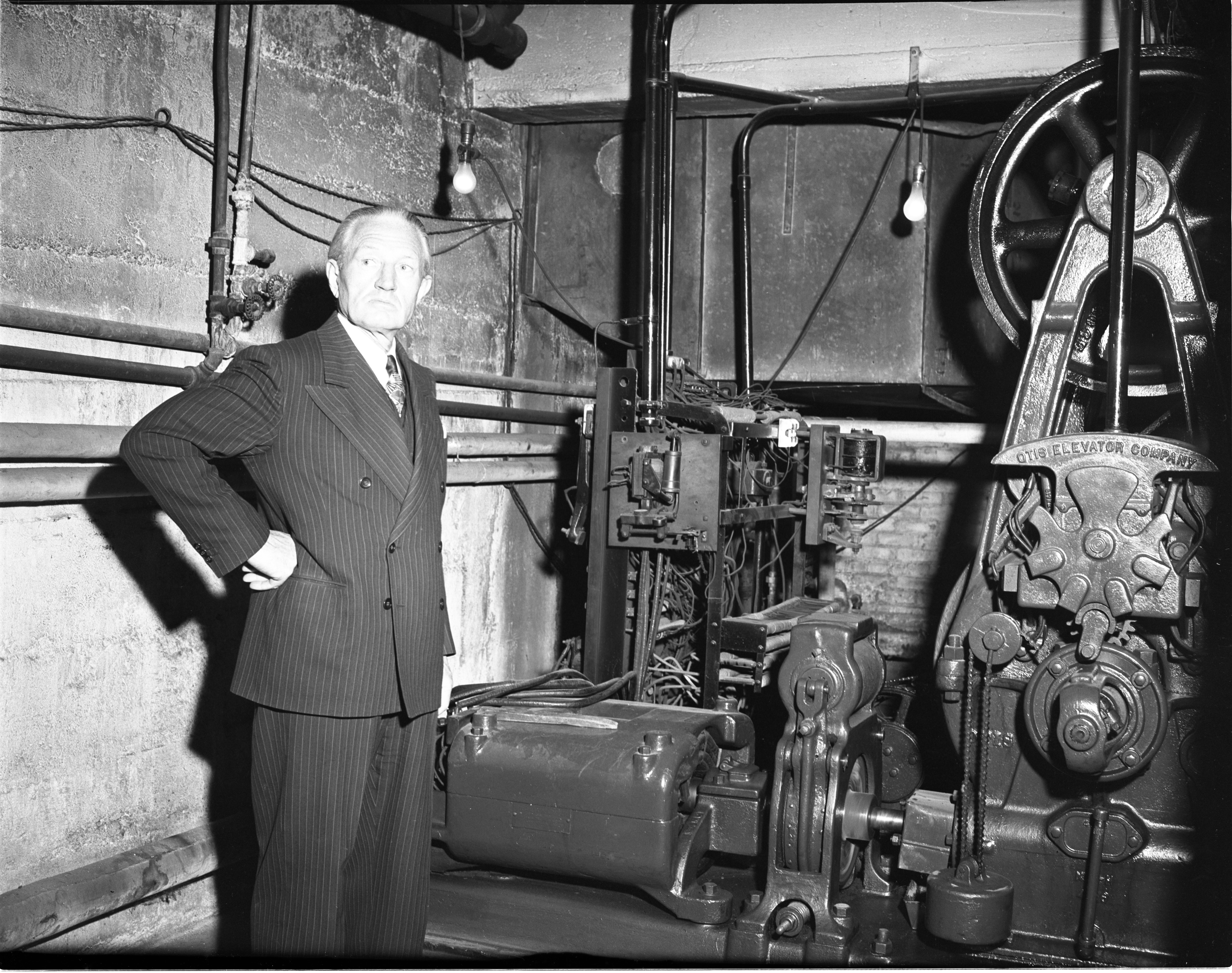 Gov. Kim Sigler Examines A Fire Escape On His Tour Of The University's Maternity Hospital, March 1948 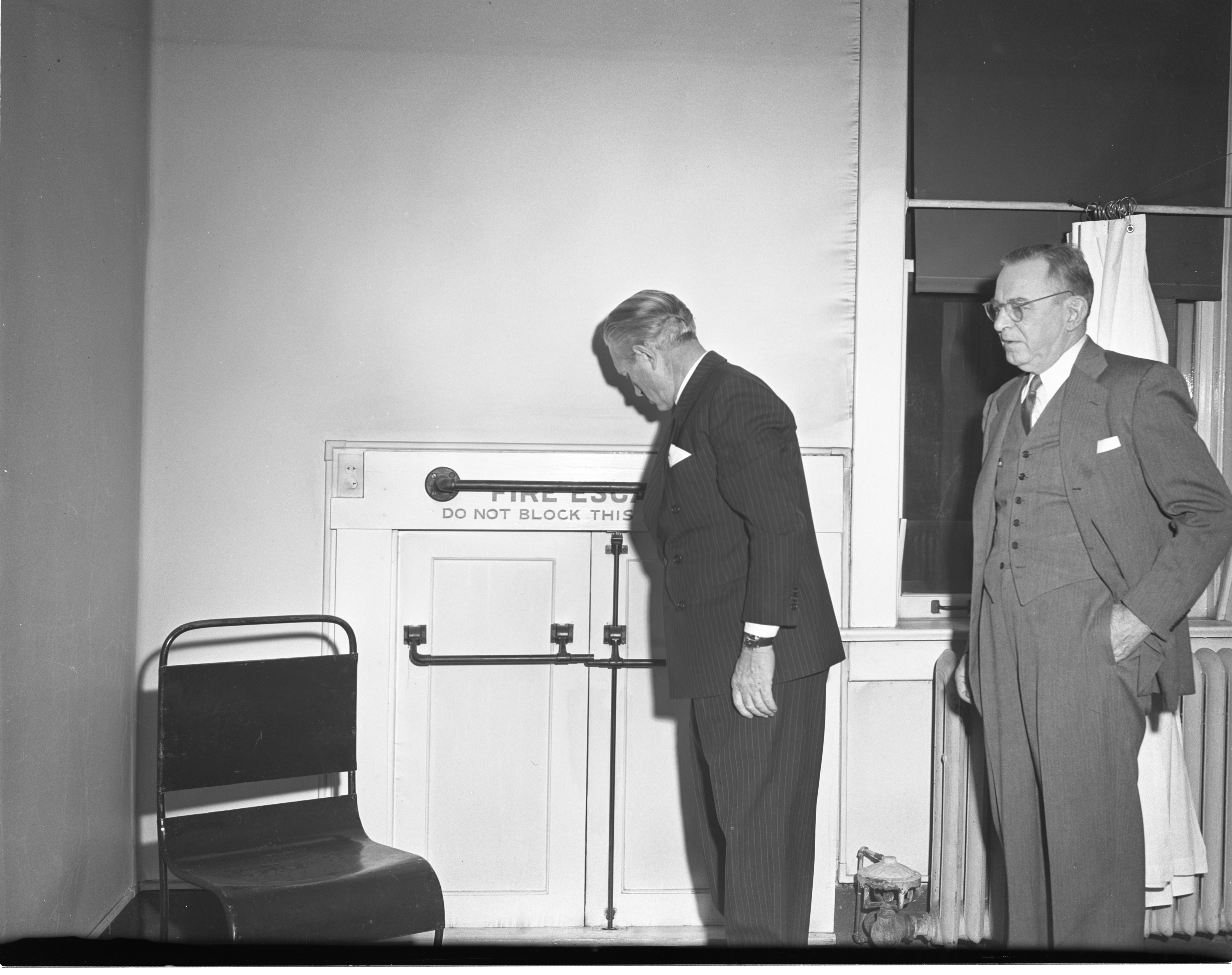 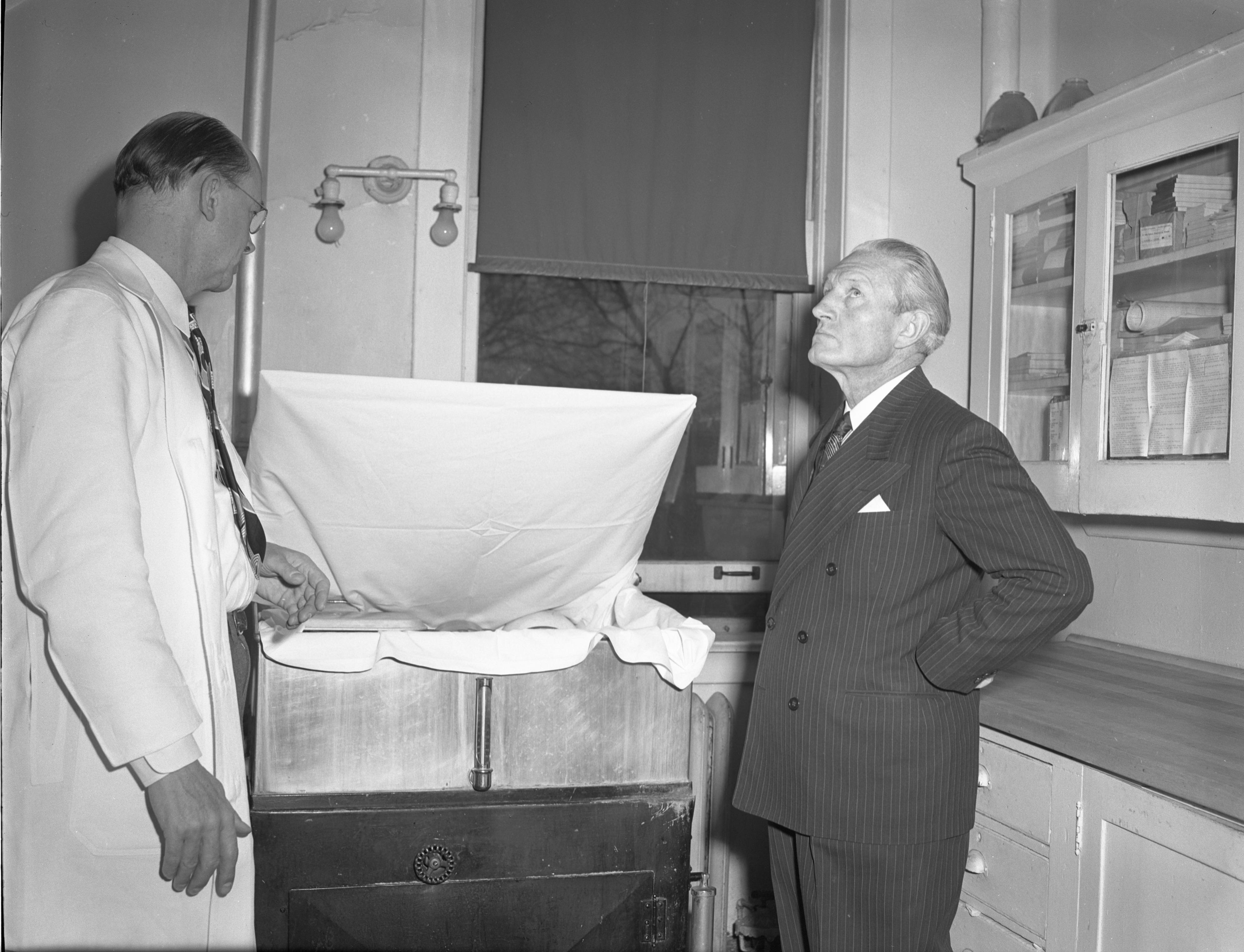 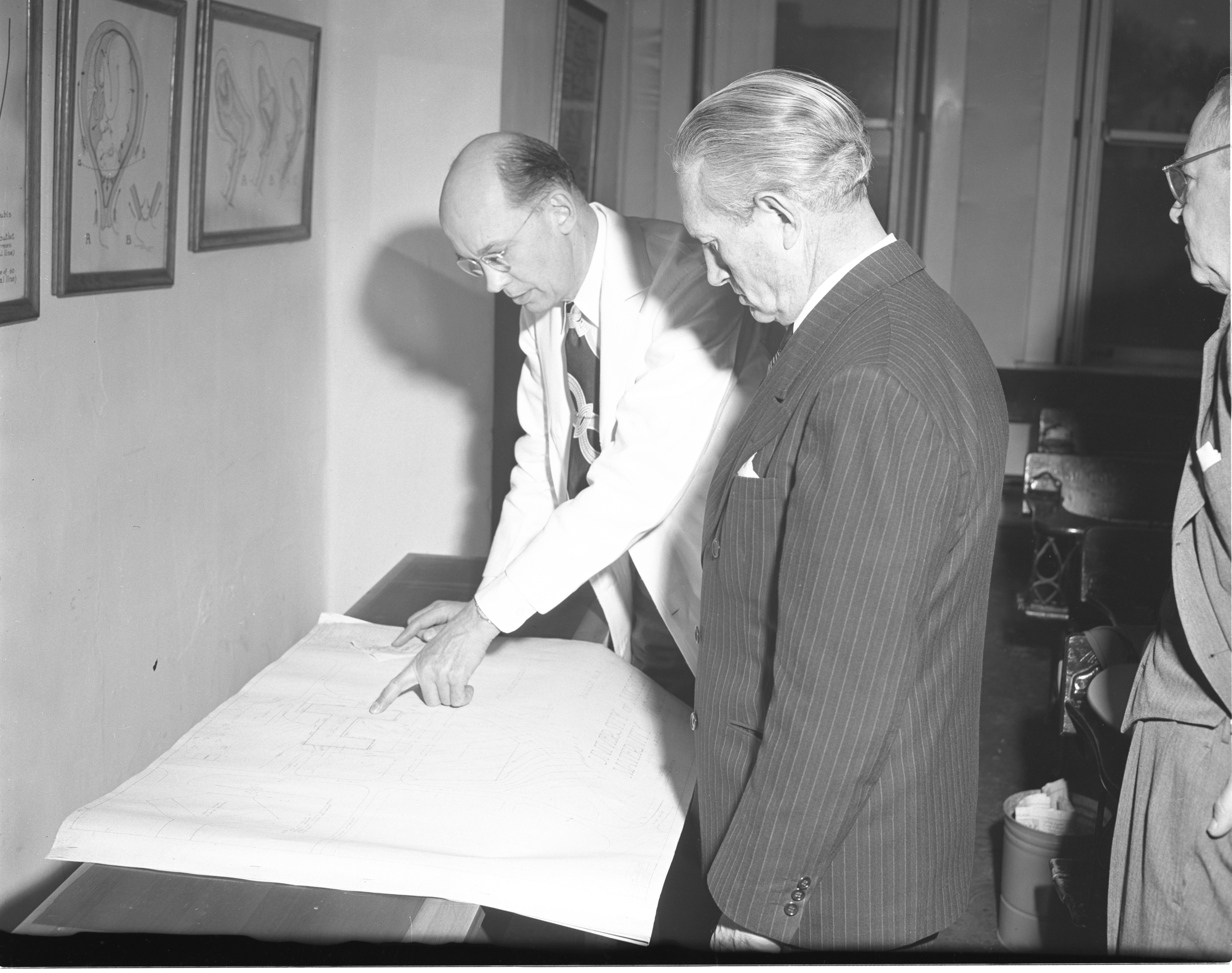 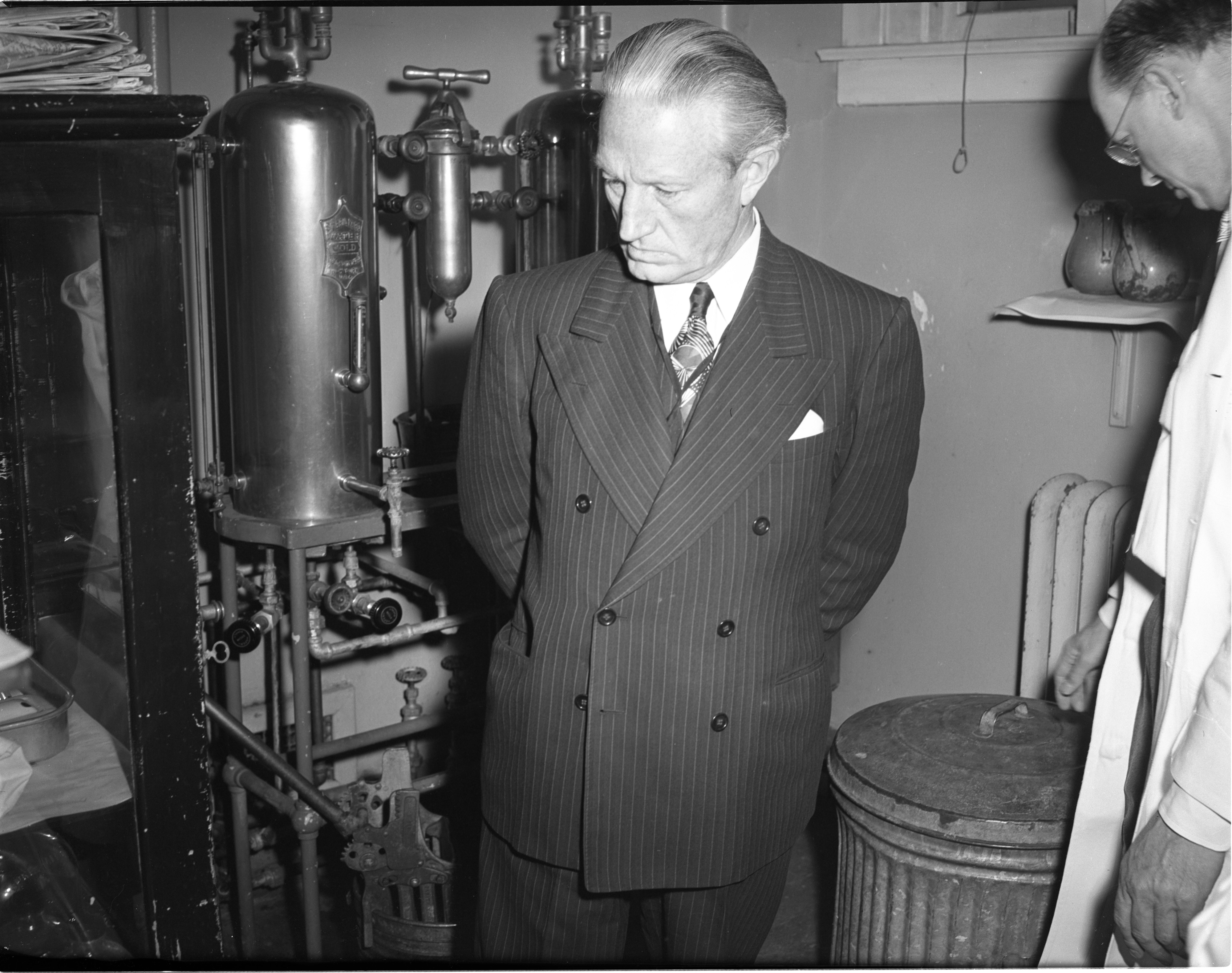 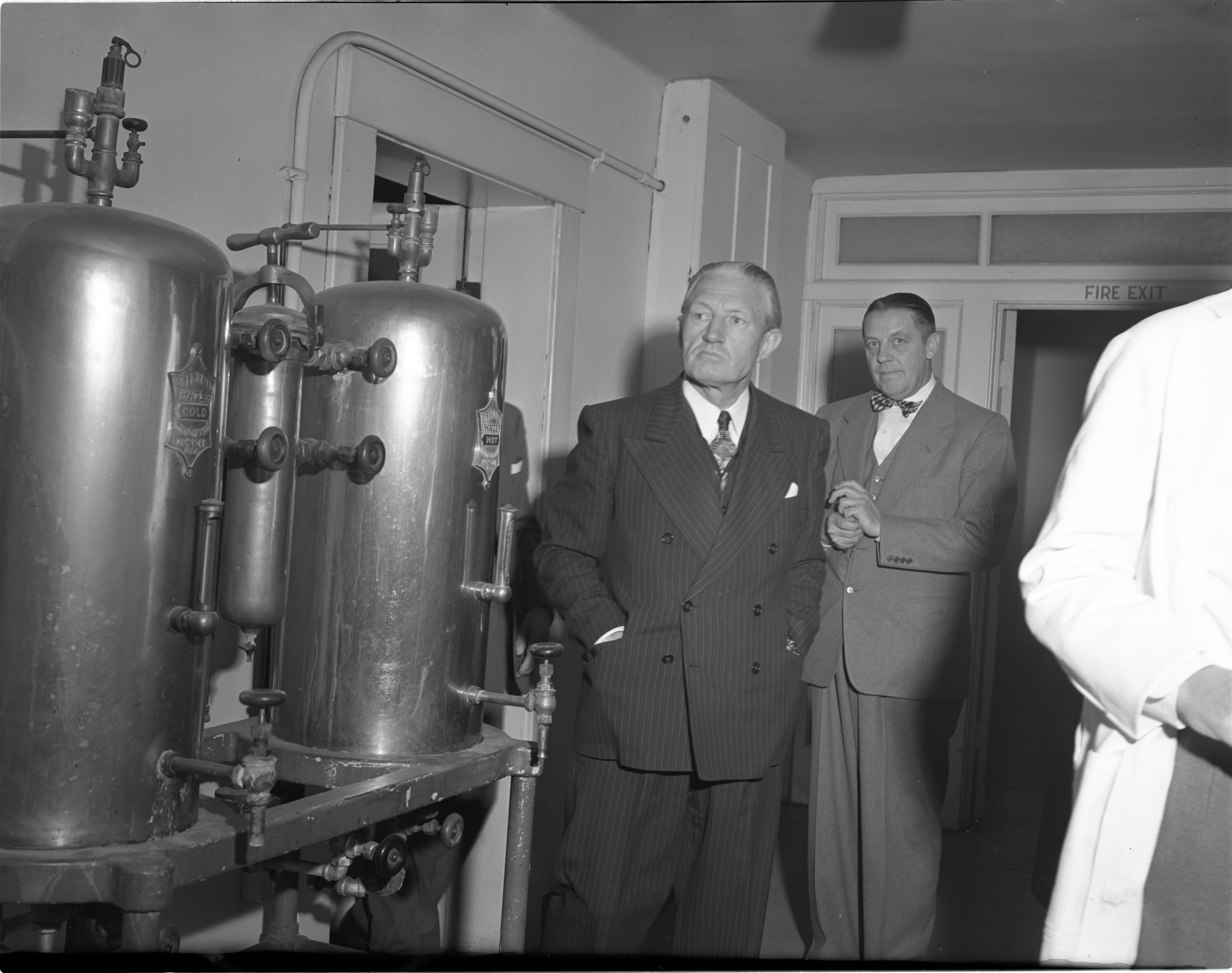 Gov. Kim Sigler Meets The Ryder Family On His Tour Of The University's Maternity Hospital, March 1948 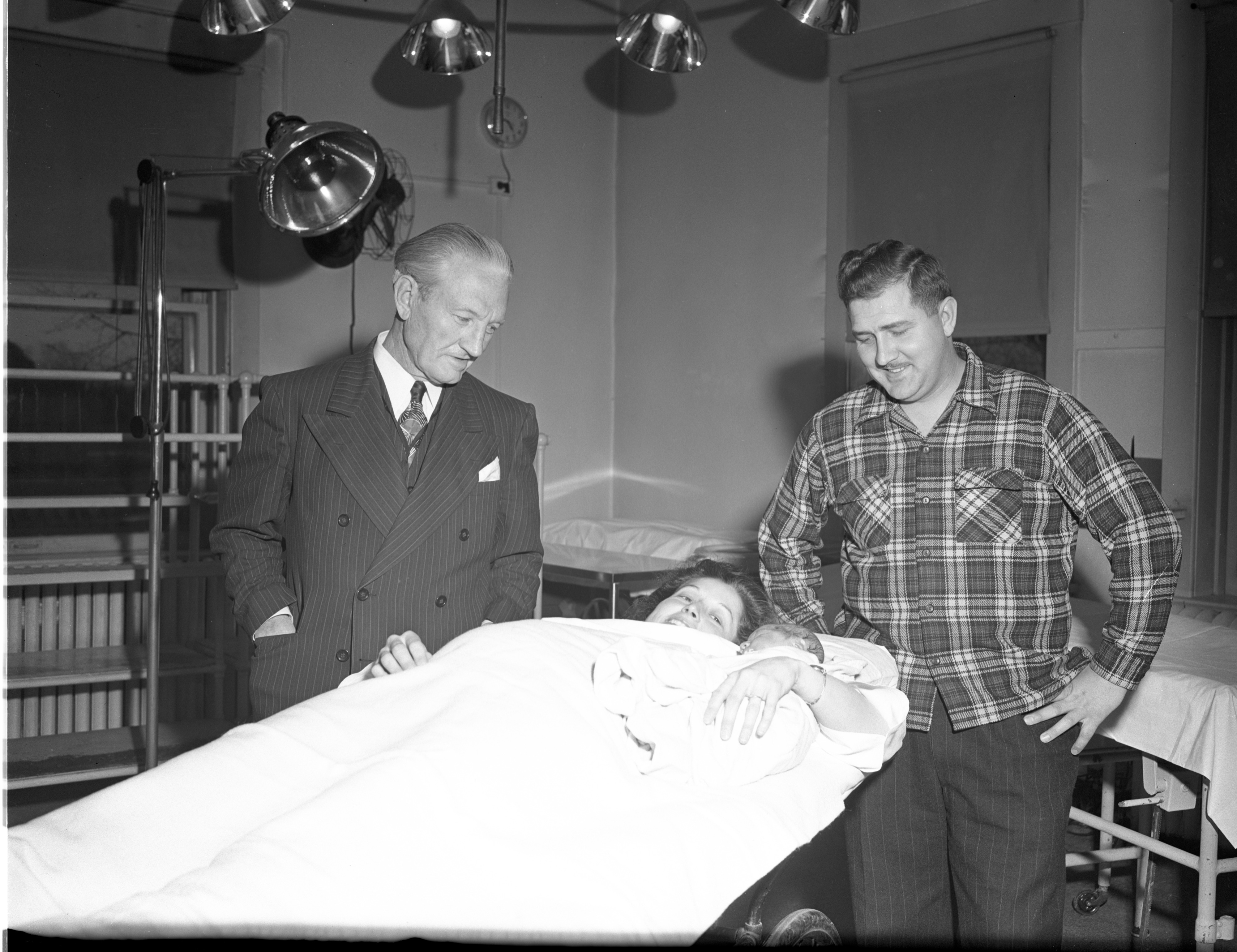 Published In
Ann Arbor News, March 30, 1948
Caption
Mark Ryder had the unusual experience of being greeted by a state governor when he was ushered into the world. Because Michigan's Gov. Kim Sigler was inspecting University of Michigan's Maternity Hospital yesterday when the eight-pound lad arrived, Mark will be called "Kim" for "short." Mark with his parents, Mr. and Mrs. Burwell Ryder of Detroit, and Mr. Sigler are shown in the above picture.
Copyright
Copyright Protected