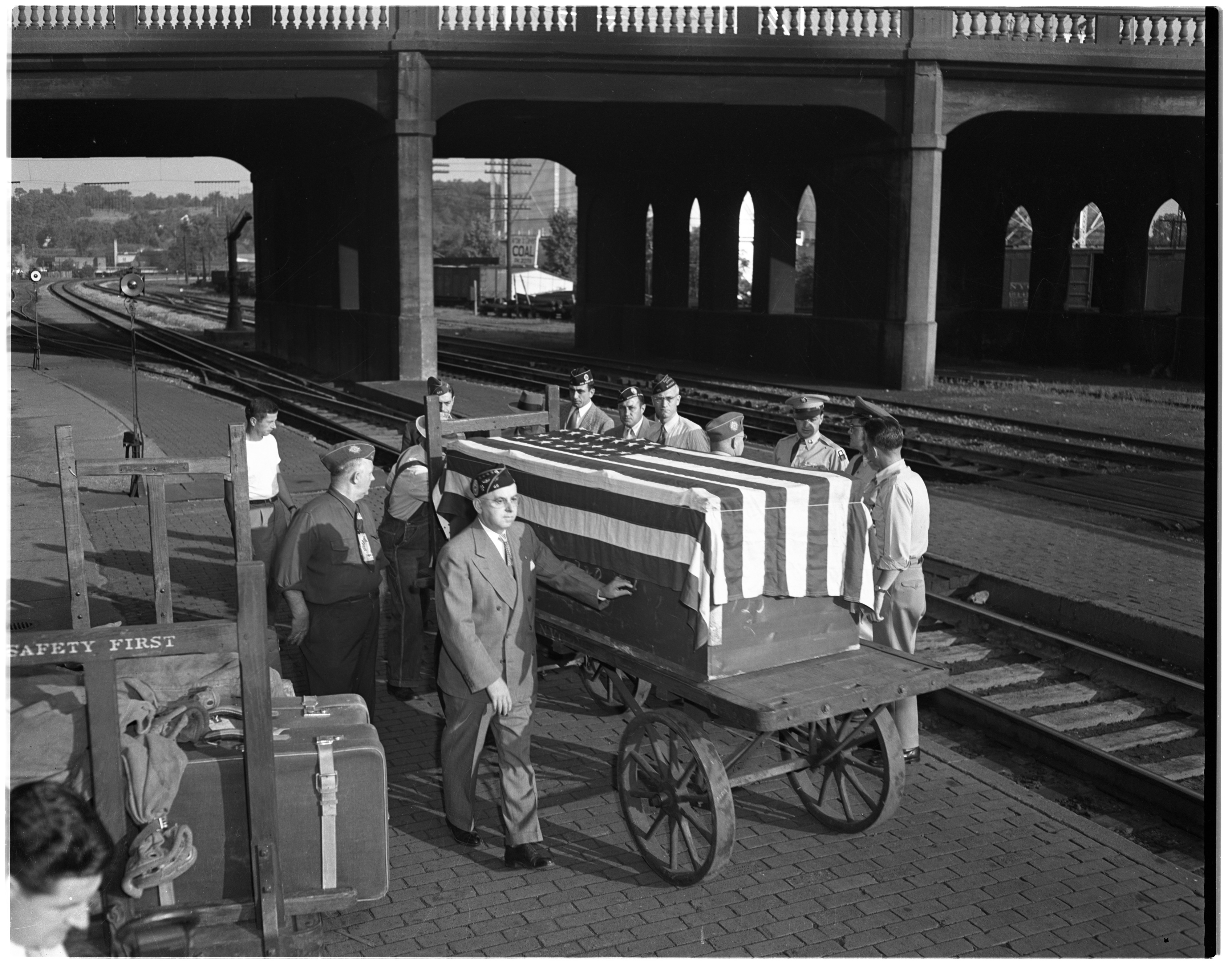 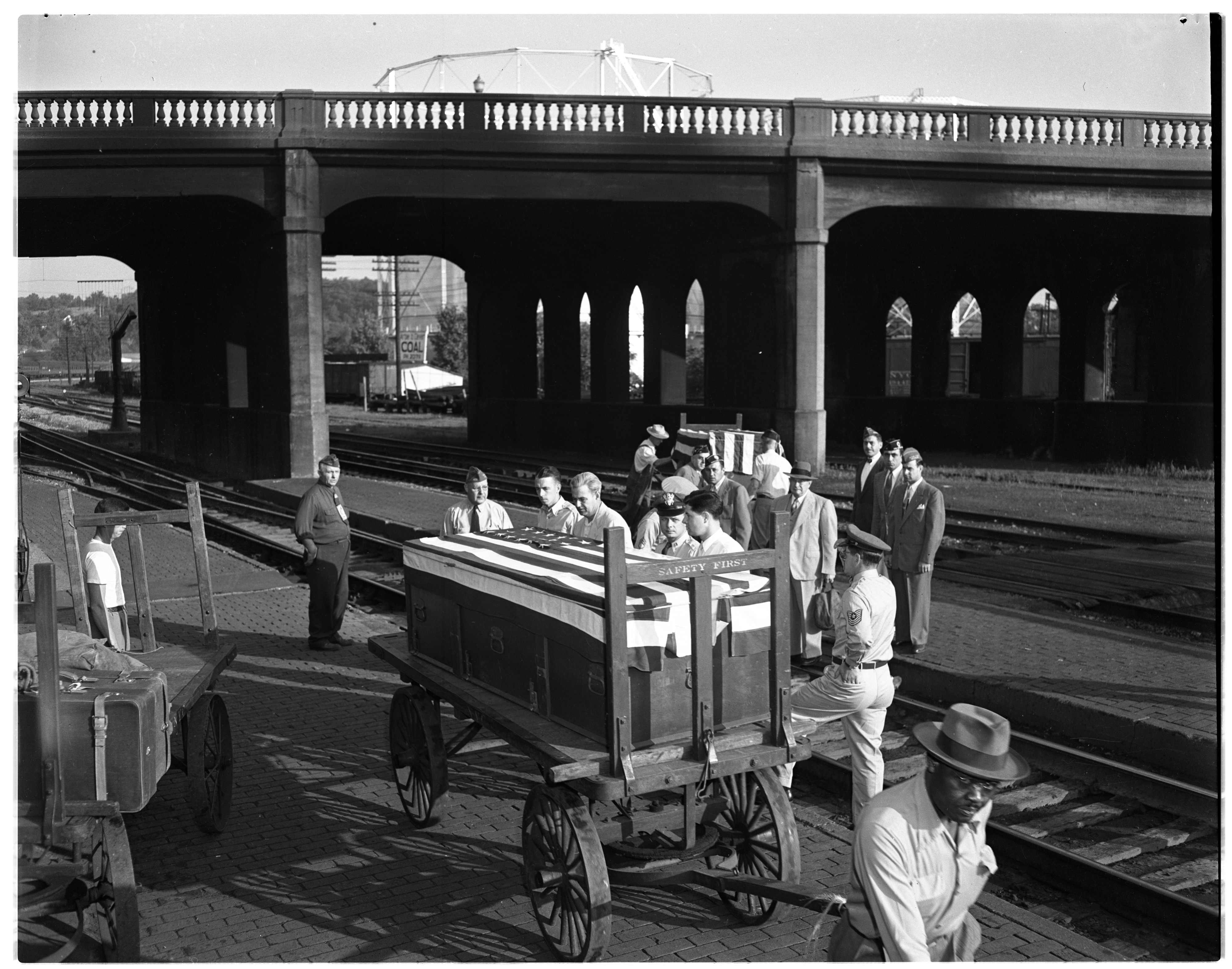 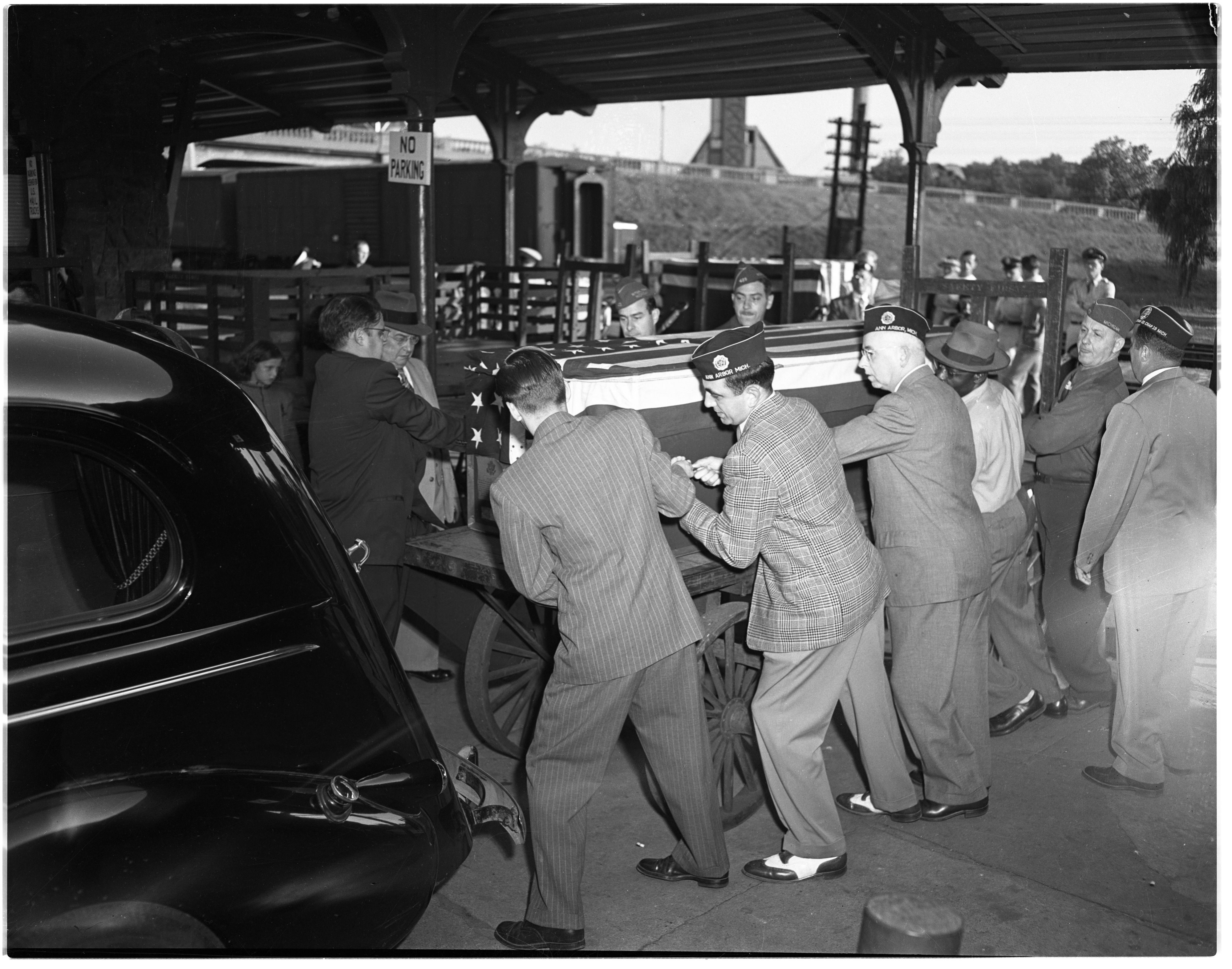 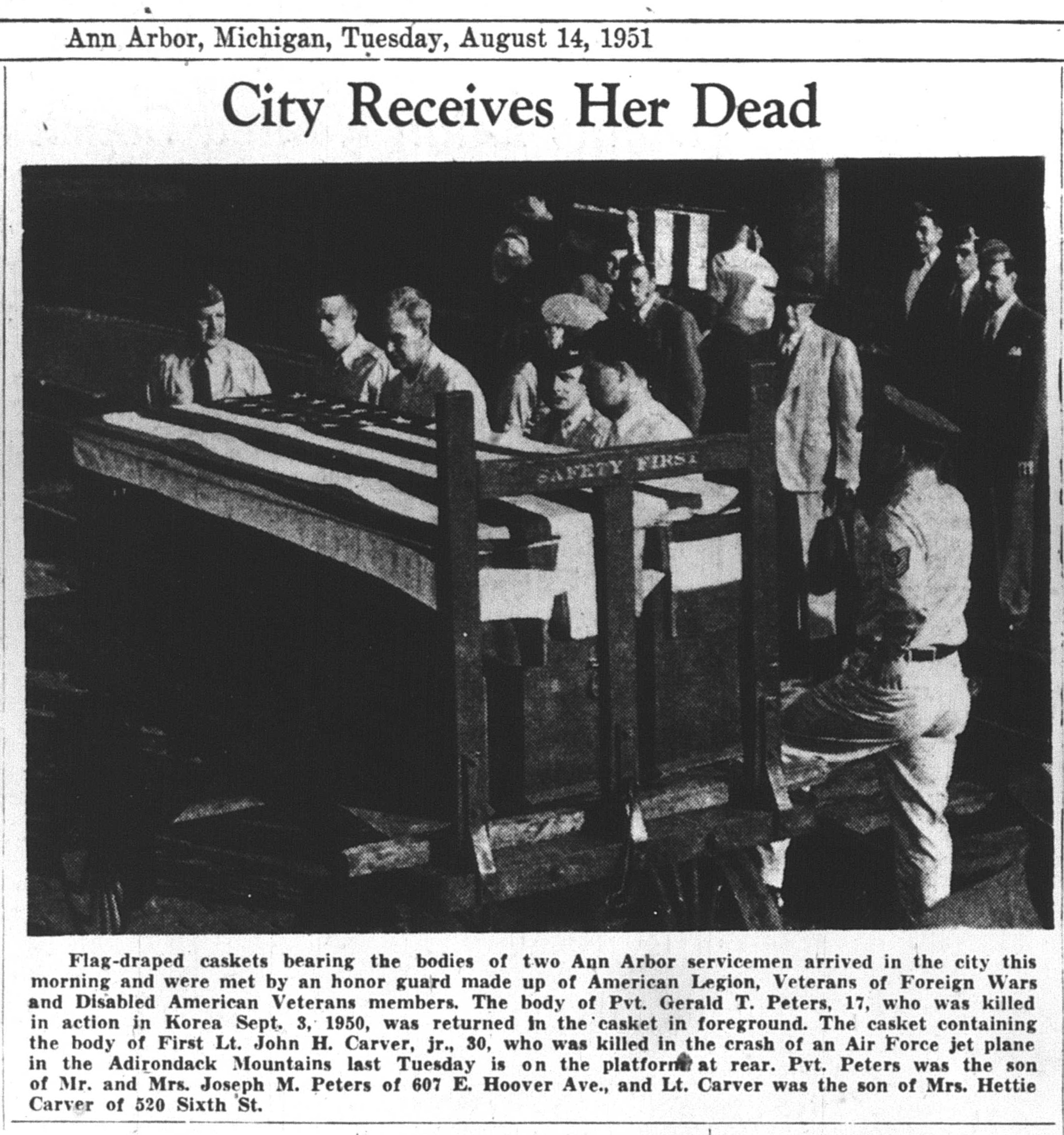 Eugenia Stegath Receives A Certificate Of Merit For Her Work With Disabled Veterans At University Hospital, July 1951 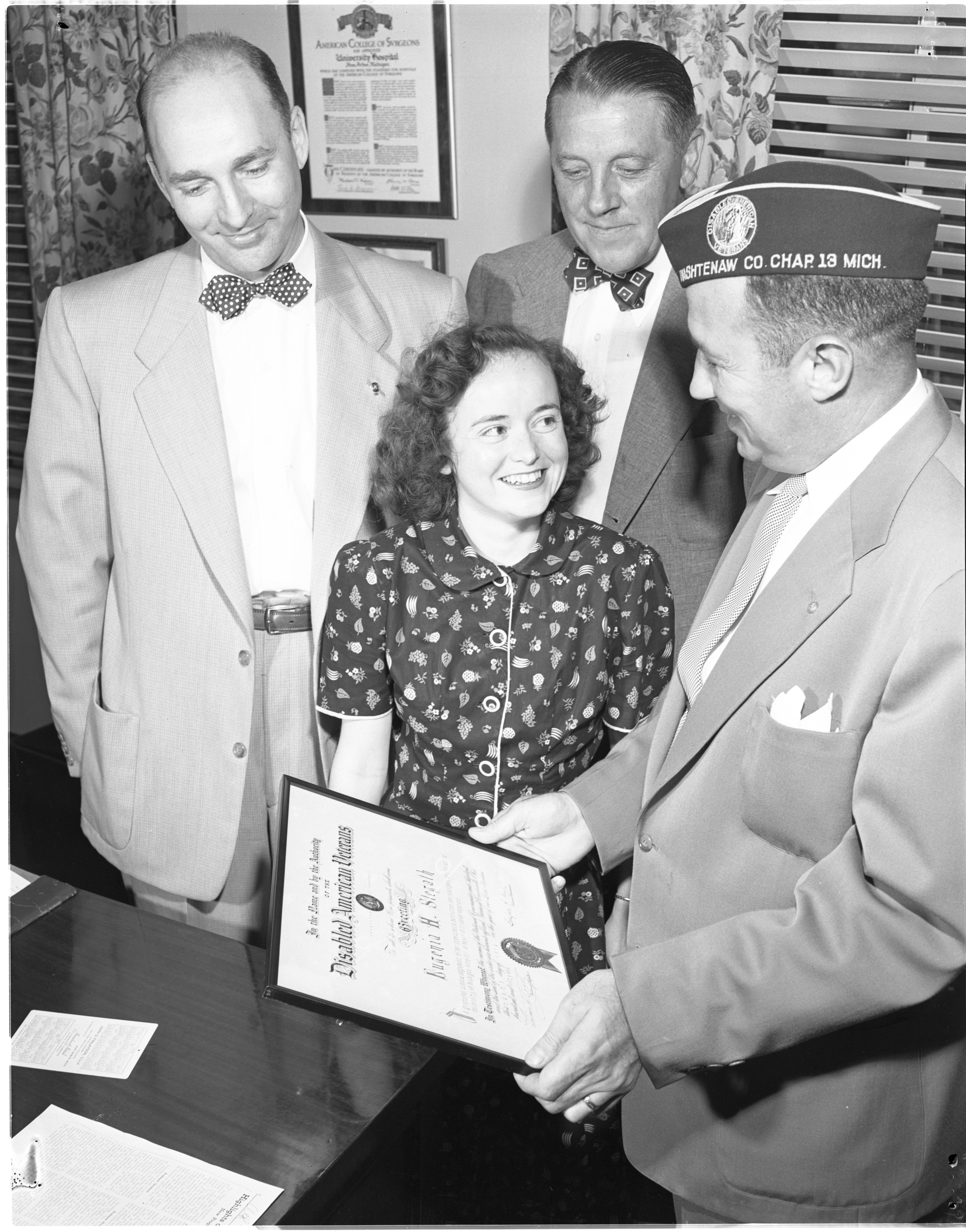 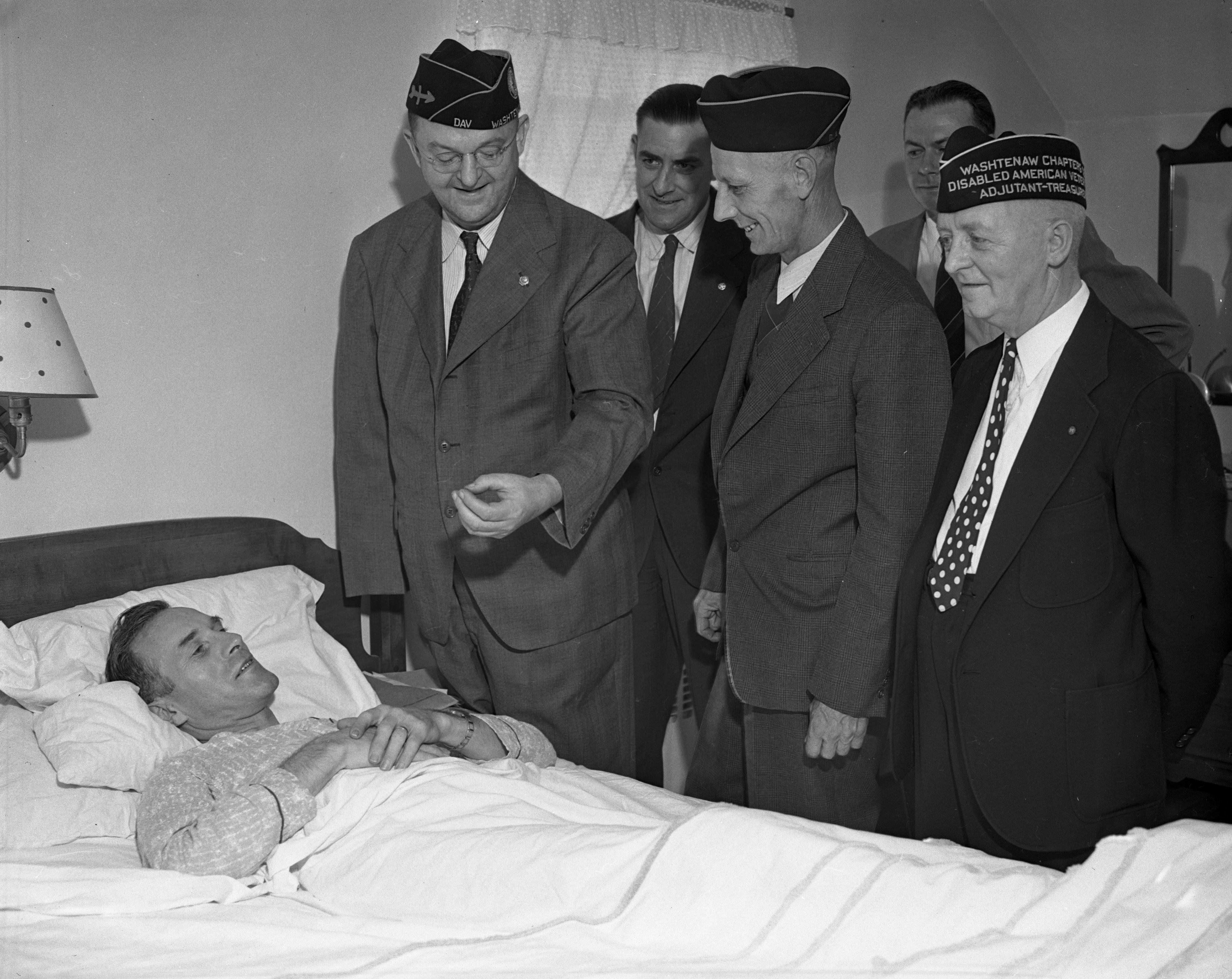 Published In
Ann Arbor News, July 4, 1970
Caption
Garnet J. Burlingame, or "Burley" as his friends call him, was recovering from World War II injuries back in 1943 when he became Washtenaw County's first Disabled American Veteran of that conflict. Presenting him his DAV pin in above photo were (left to right) Emil Schlenker, Fred Viegel and Julius Nimke. Burley wasn't bitter about his war-inflicted disability and the sacrifice he made no doubt heightened his sense of patriotism -- a pride in his country which led to a daily flag-raising ritual in front of his home at 1410 E. Stadium. Burlingame had obtained the flag from former Congressman George Meader. It had once flown over the U.S. Capitol. When Burley moved from the house on Stadium to his present address at 2131 Medford, his daughter and grandchildren moved into the Stadium Blvd. house and the tradition of the flag-raising was interrupted. Burlingame has been ill recently and his doctors have given their approval to a July 4 car ride, his first trip out since coming home from the hospital. When his trip takes him past his old house on Stadium there will be a sentimental surprise waiting for him. This week, his 13-year-old granddaughter, Mary Gay Bernard, (right), revived the patriotic tradition Burley started nearly 30 years ago.
Copyright
Copyright Protected
Subscribe to Disabled American Veterans (DAV)