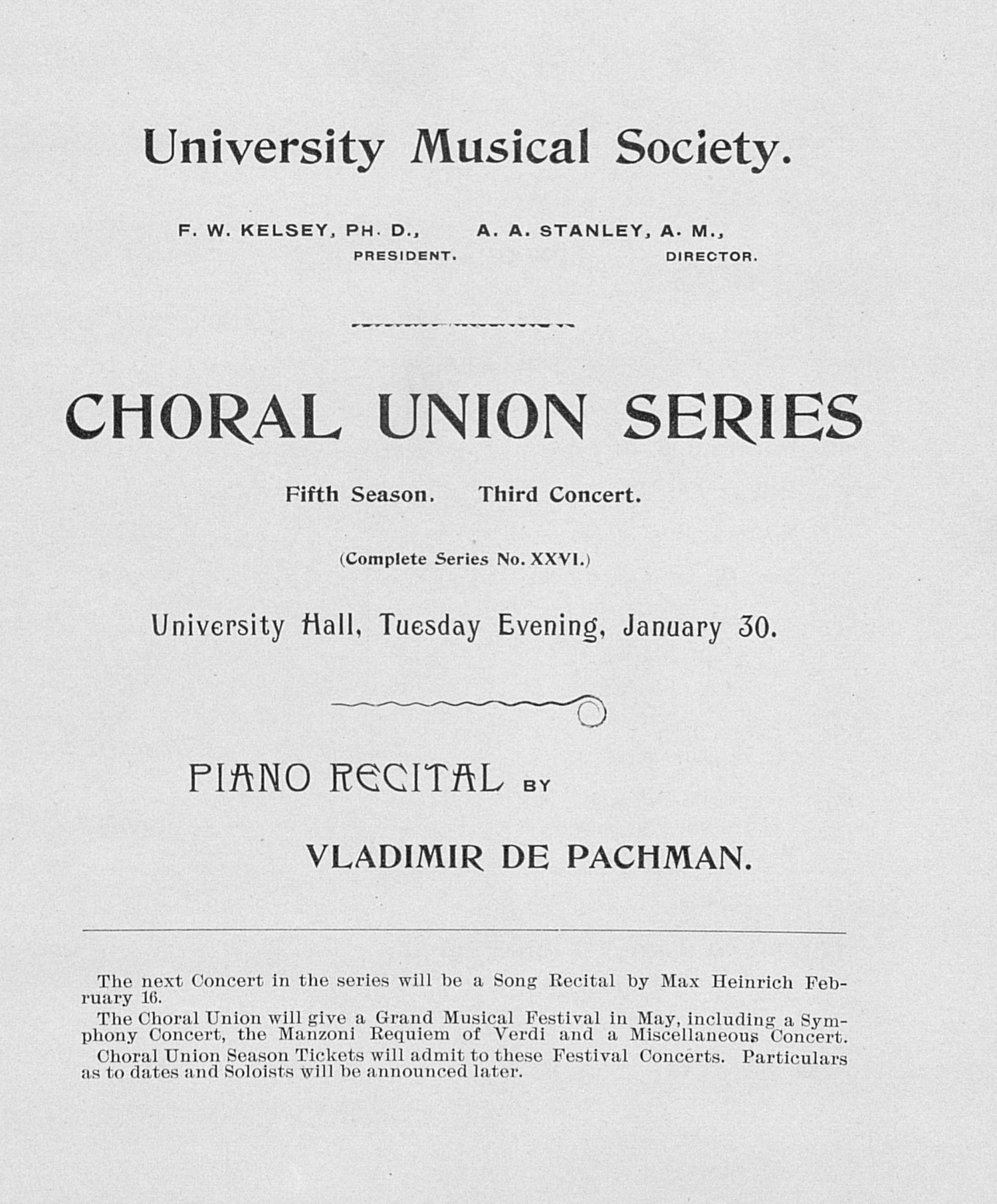 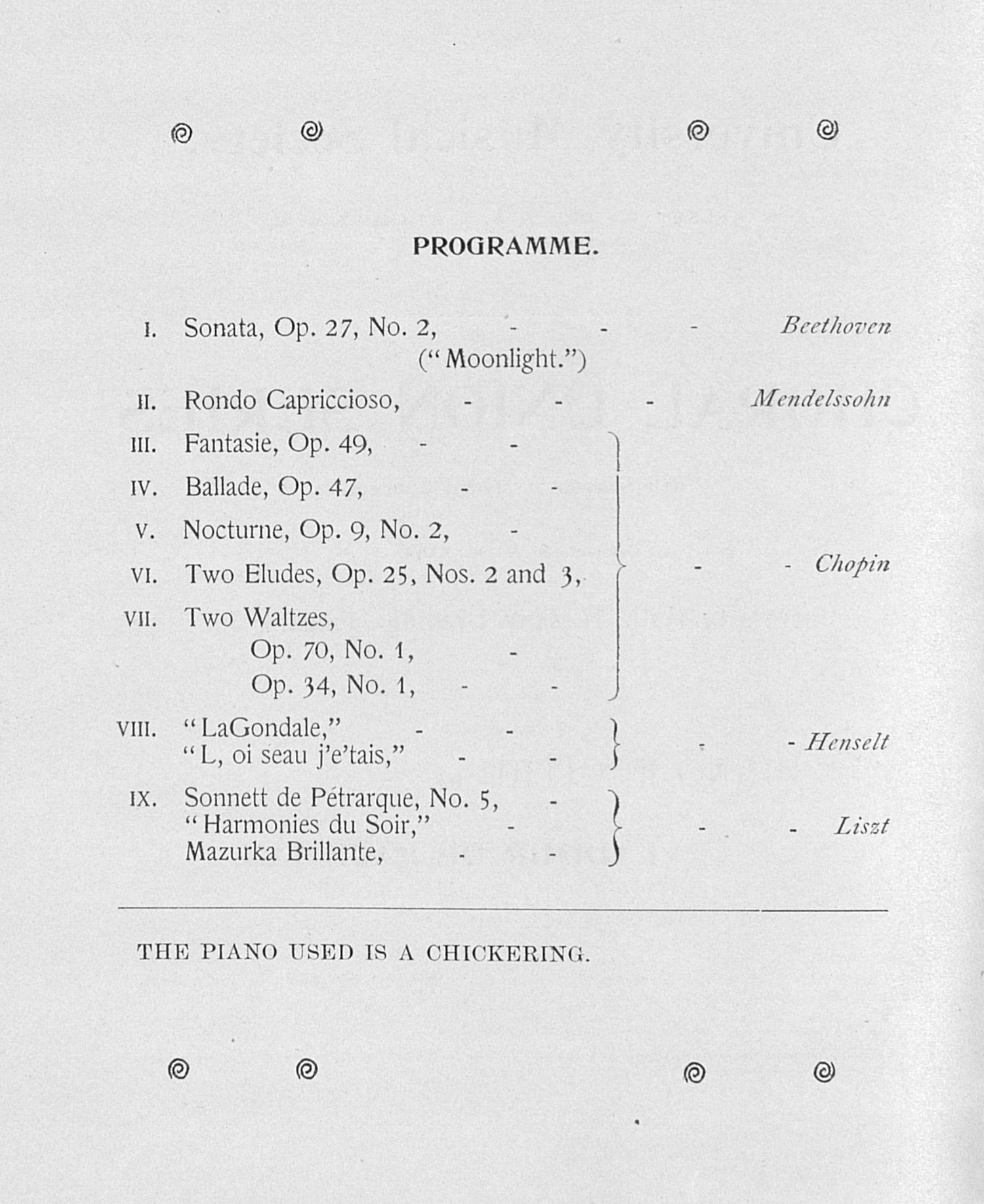 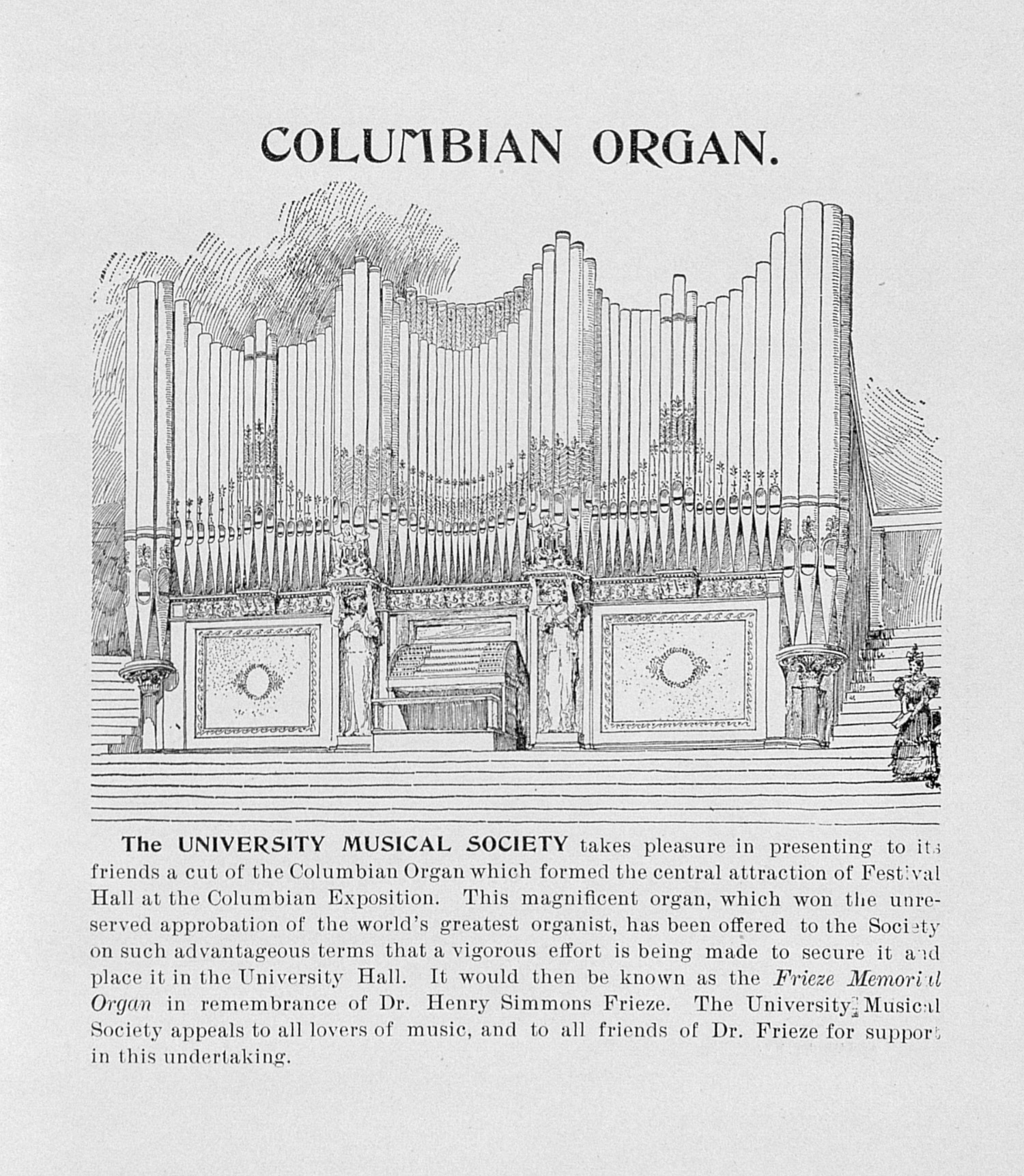 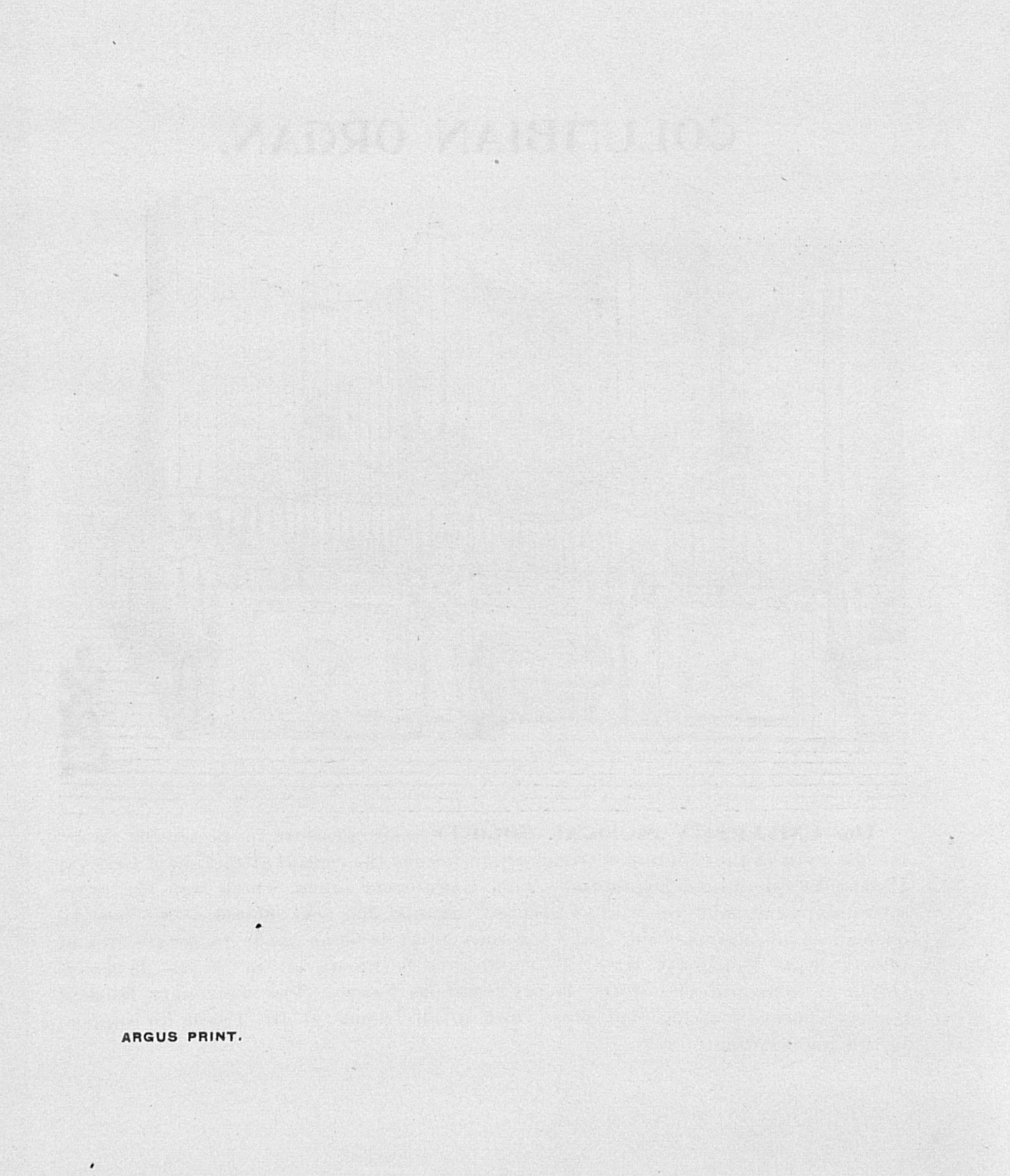 University Musical Society.
F. W. KELSEY, PH. D., A. A. STANLEY, A. M.,
PRESIDENT. DIRECTOR.
CHORAL UNION SERIES
Fifth Season, Third Concert.
(Complete Series No. XXVI.)
University fiall, Tuesday Evening, January 30.
PIftNO
VLADIMIR DE PACHMAN.
The next Concert in the series will be a Song Recital by Max Heinrich February 16.
The Choral Union will give a Grand Musical Festival in May, including a Symphony Concert, the Manzoni Requiem of Verdi and a Miscellaneous Concert.
Choral Union Season Tickets will admit to these Festival Concerts. Particulars as to dates and .Soloists will lie announced later.
PROGRAMME.
I. Sonata, Op. 27, No. 2,
(" Moonlight.")
II. Rondo Capriccioso, in. Fantasie, Op. 49, IV. Ballade, Op. 47,
v. Nocturne, Op. 9, No. 2,
vi. Two Eludes, Op. 25, Nos. 2 and 3,
vn. Two Waltzes,
Op. 70, No. 1, Op. 34, No. 1,
vm. "LaGondale,"
" L, oi seau j'e'tais,"
IX. Sonnett de Petrarque, No. 5, " Harmonies du Soir," Mazurka Brillante,
Beethoven Mendelssohn
Chopin
Henselt
Liszt
THE PIANO USED IS A CHIOKERING.
COLUflBIAN ORGAN.
The UNIVERSITY MUSICAL SOCIETY takes pleasure in presenting to it.; friends a cut of the Columbian Organ which formed the central attraction of Festival Hall at the Columbian Exposition. This magnificent organ, which won the unreserved approbation of the world's greatest organist, has been offered to the Society on such advantageous terms that a vigorous effort is being made to secure it aid place it in the University Hall. It would then be known as the Frieze Memorid Organ in remembrance of Dr. Henry Simmons Frieze. The University-Musical Society appeals to all lovers of music, and to all friends of Dr. Frieze for support in this undertaking.
ARGUS PRINT.