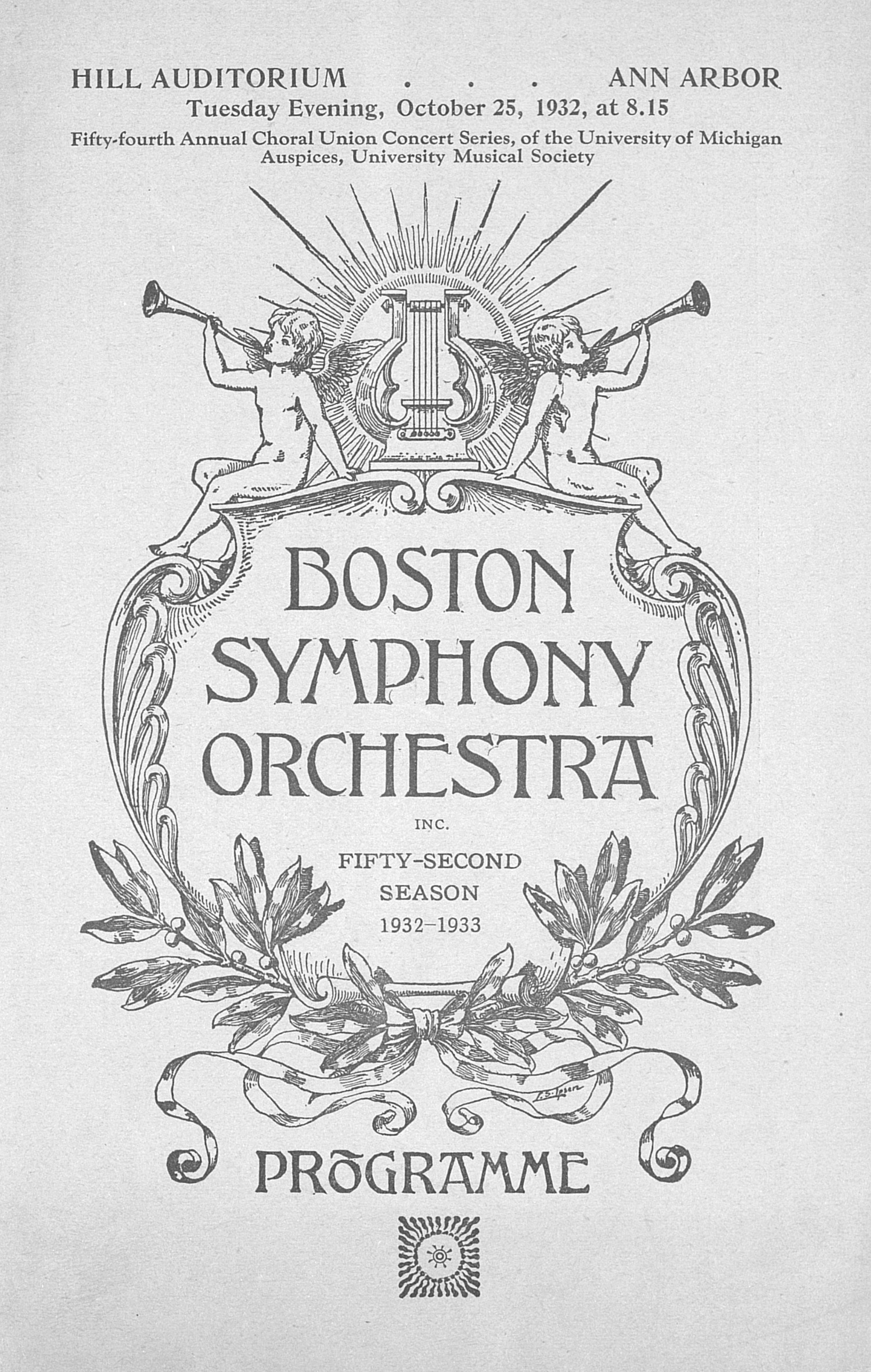 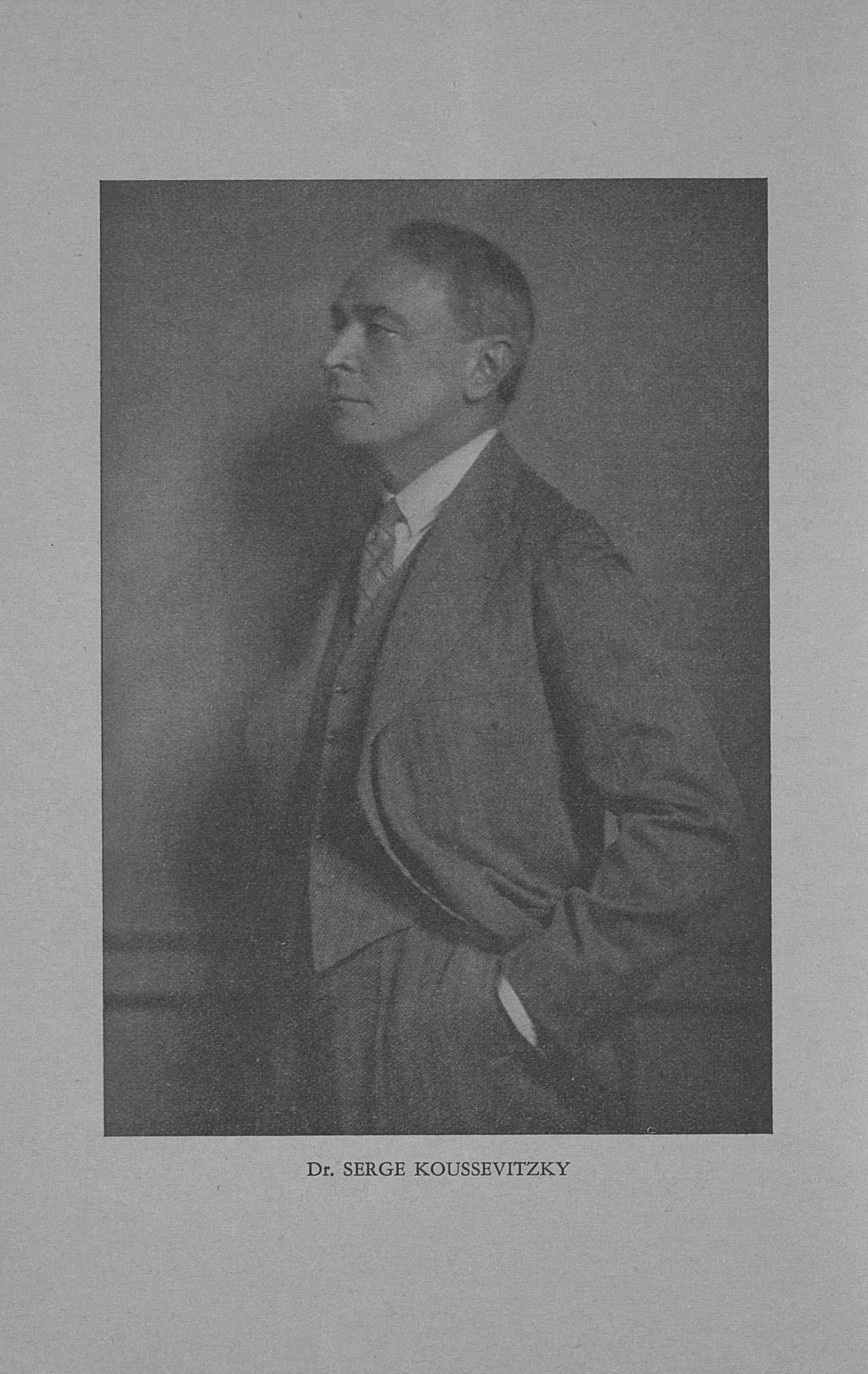 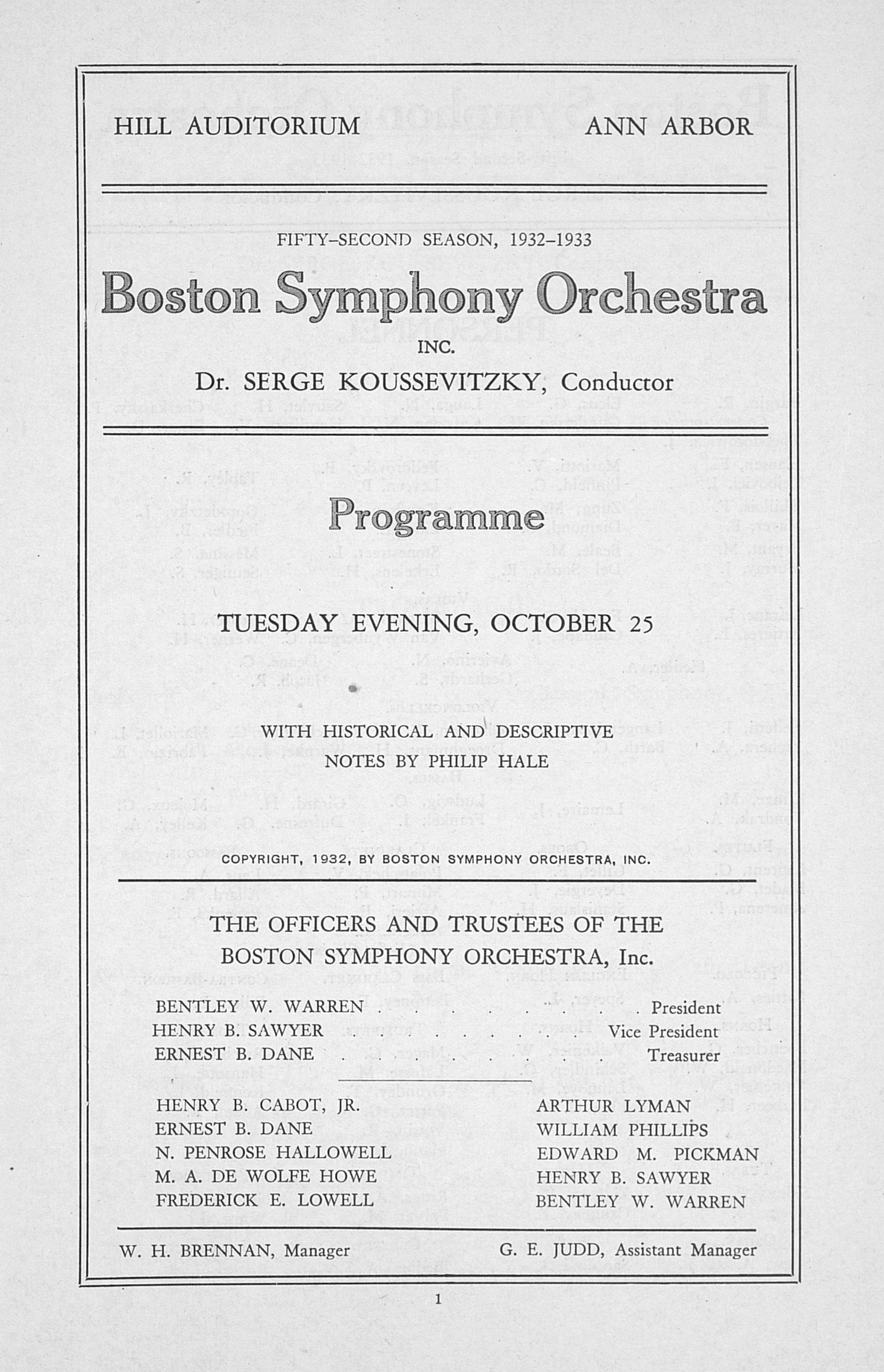 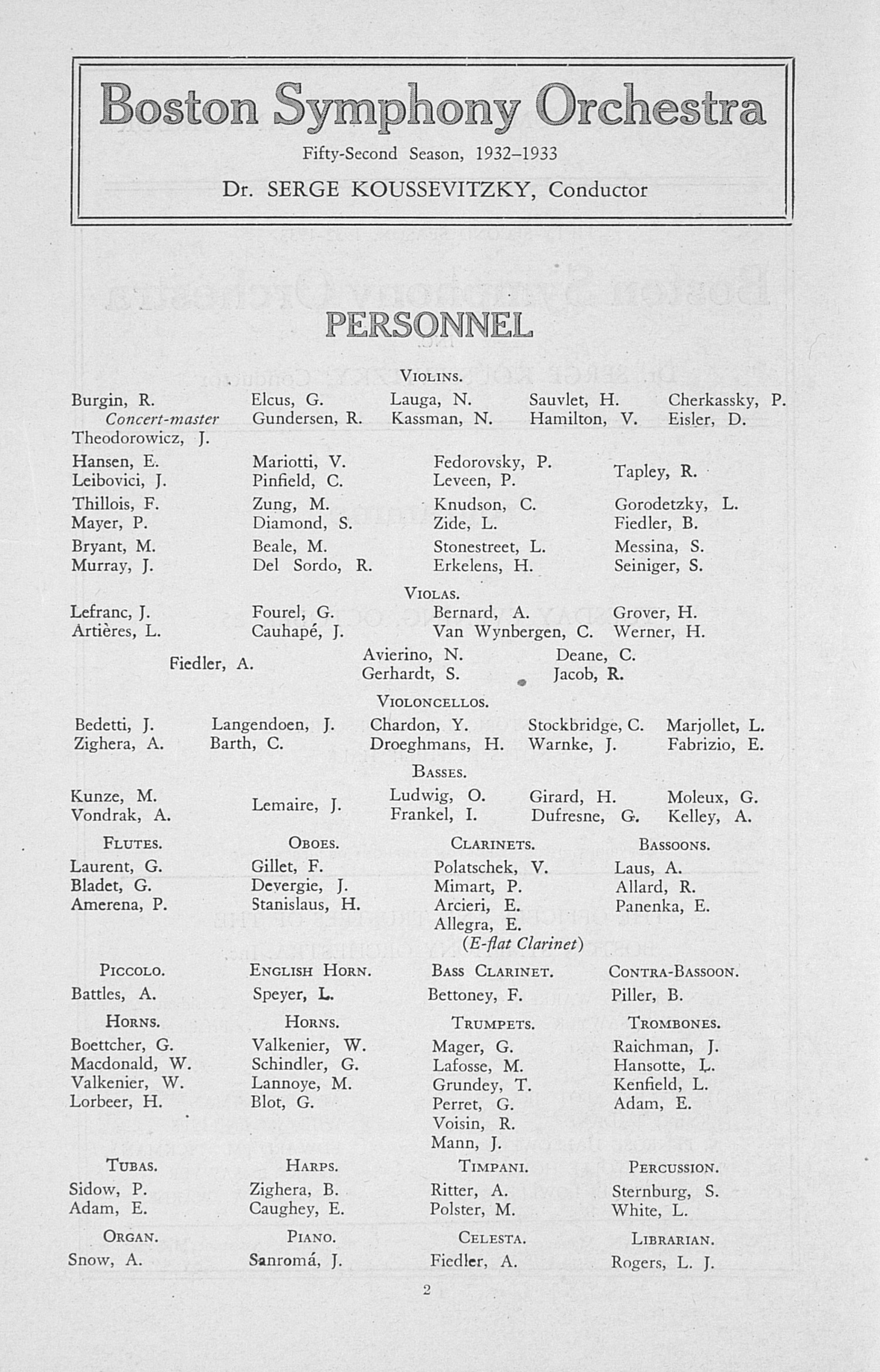 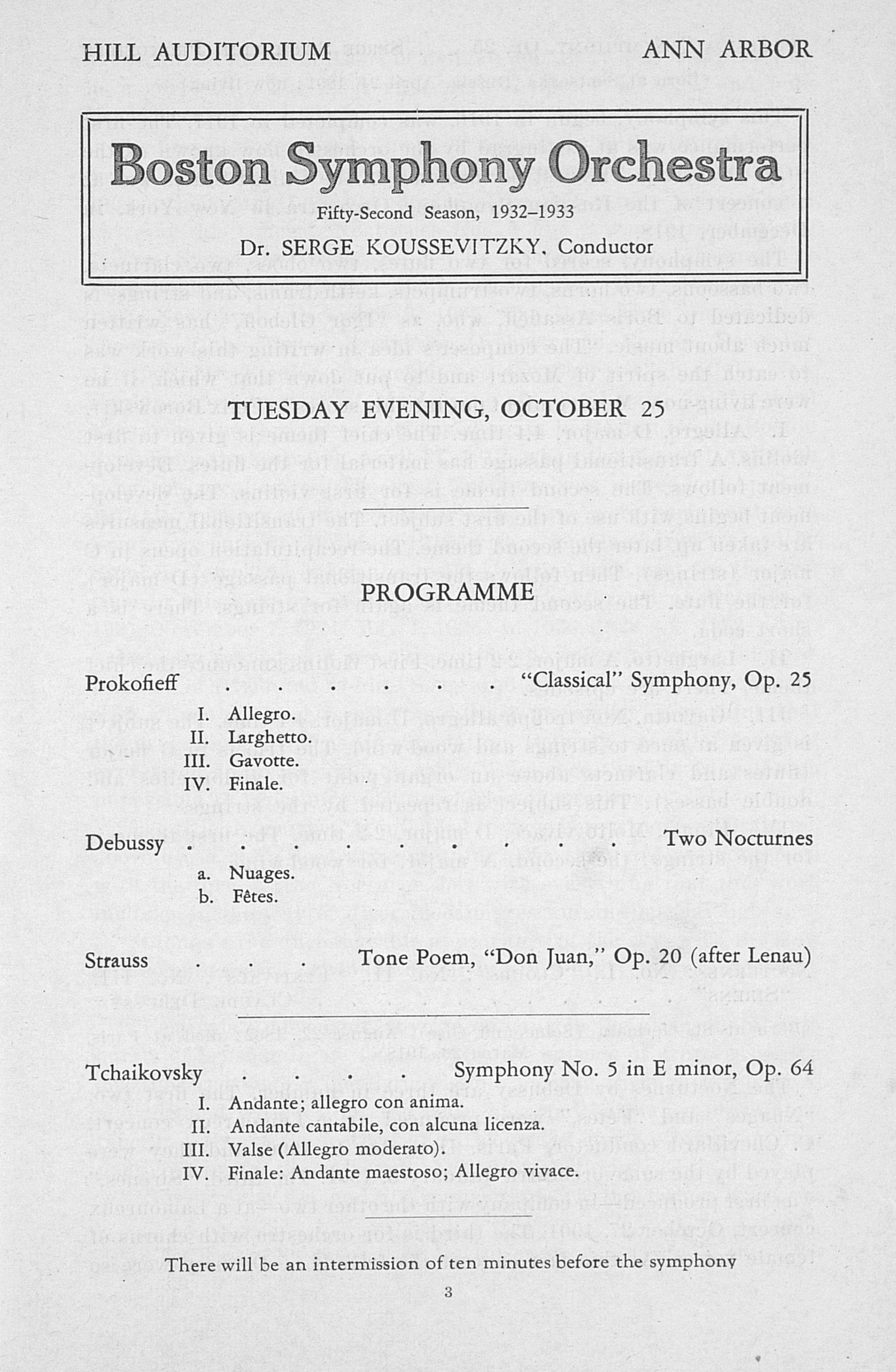 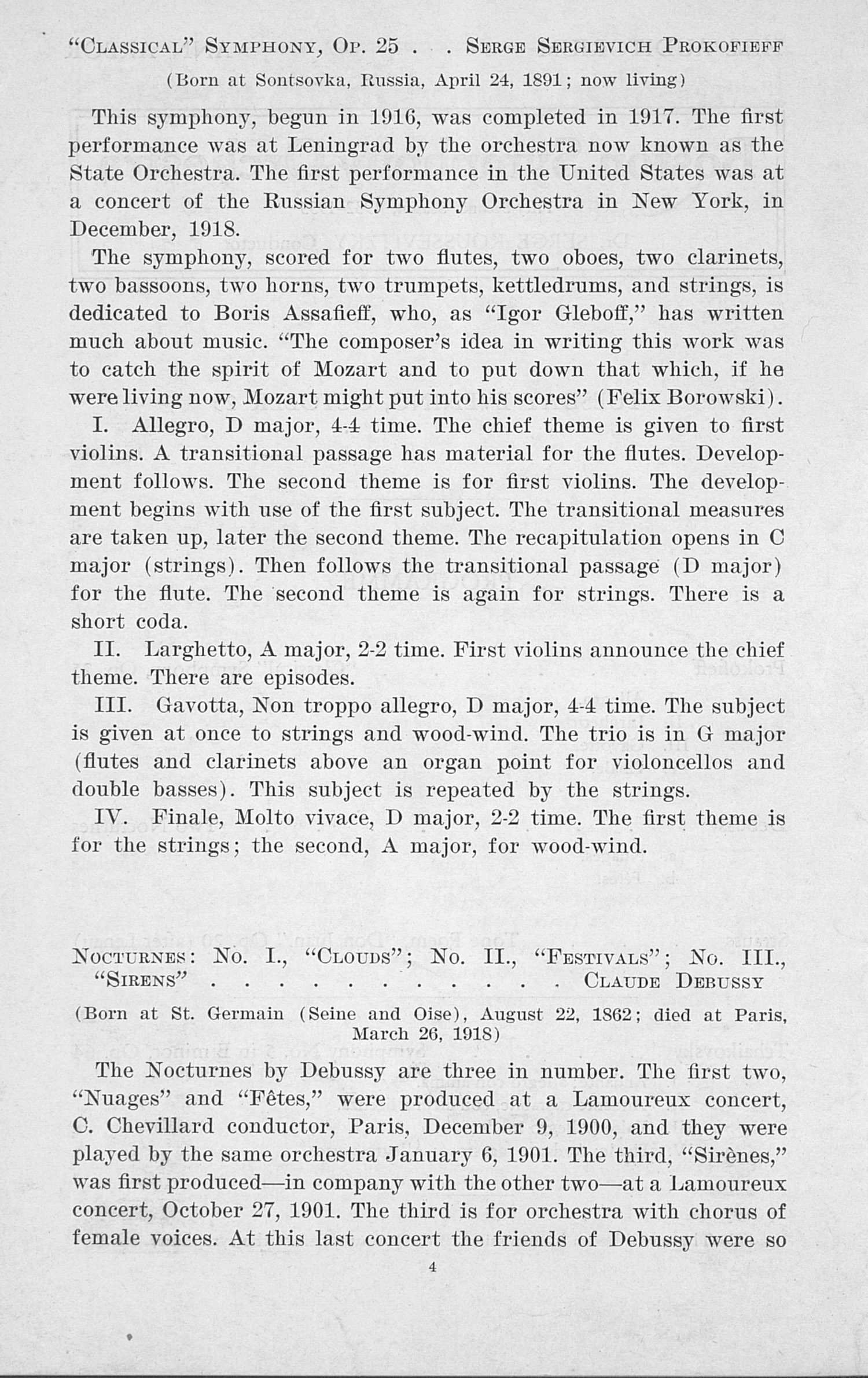 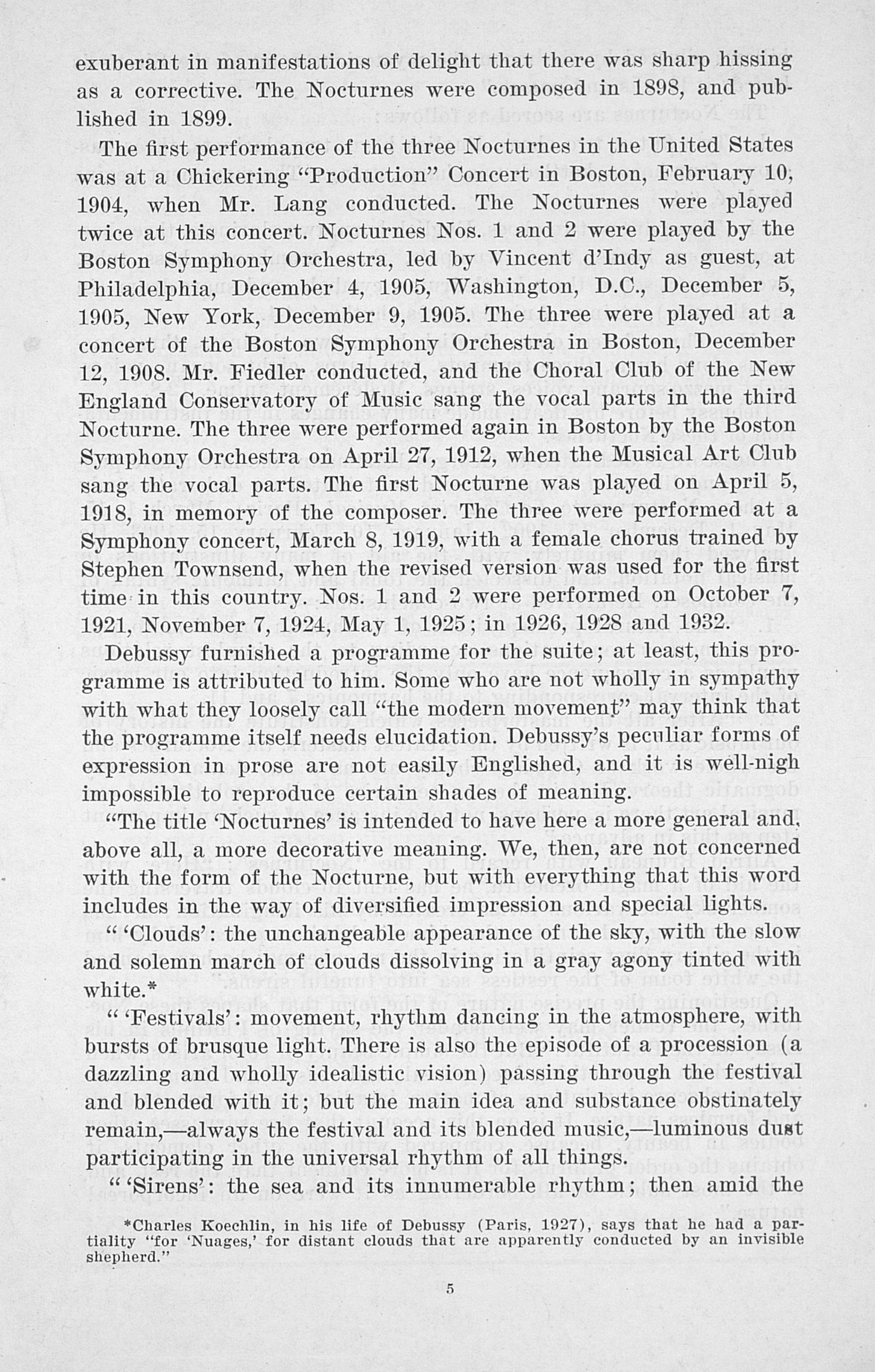 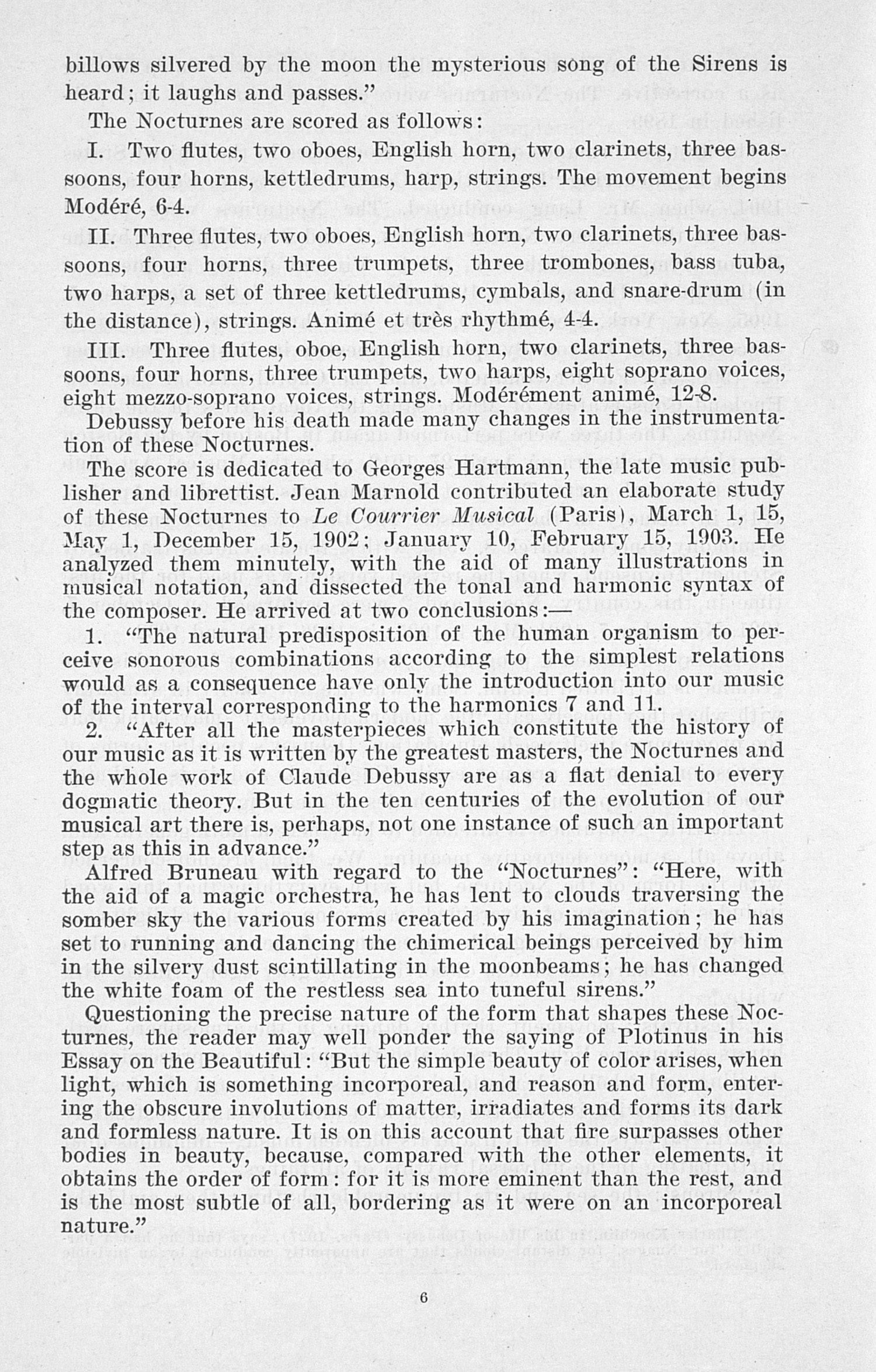 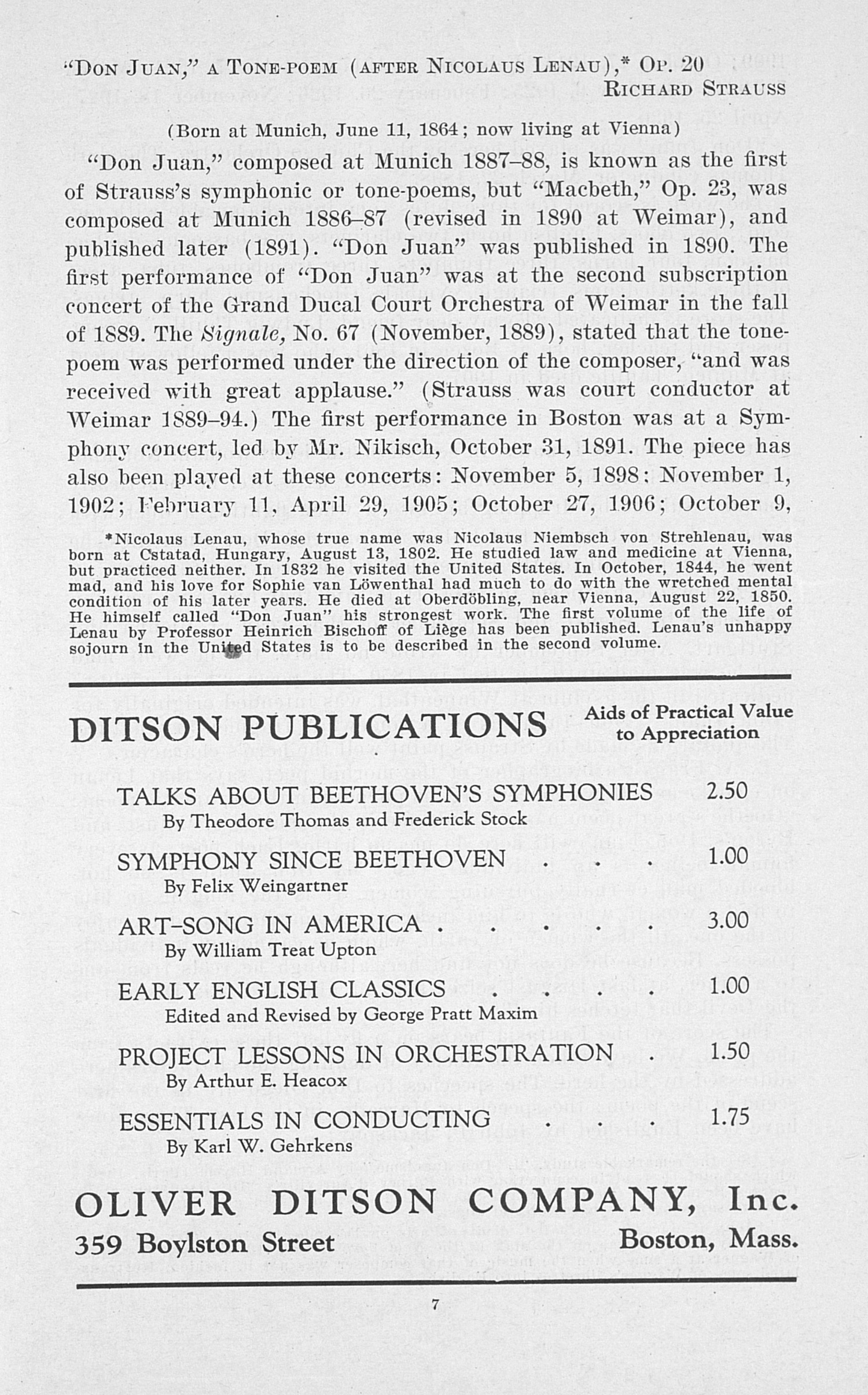 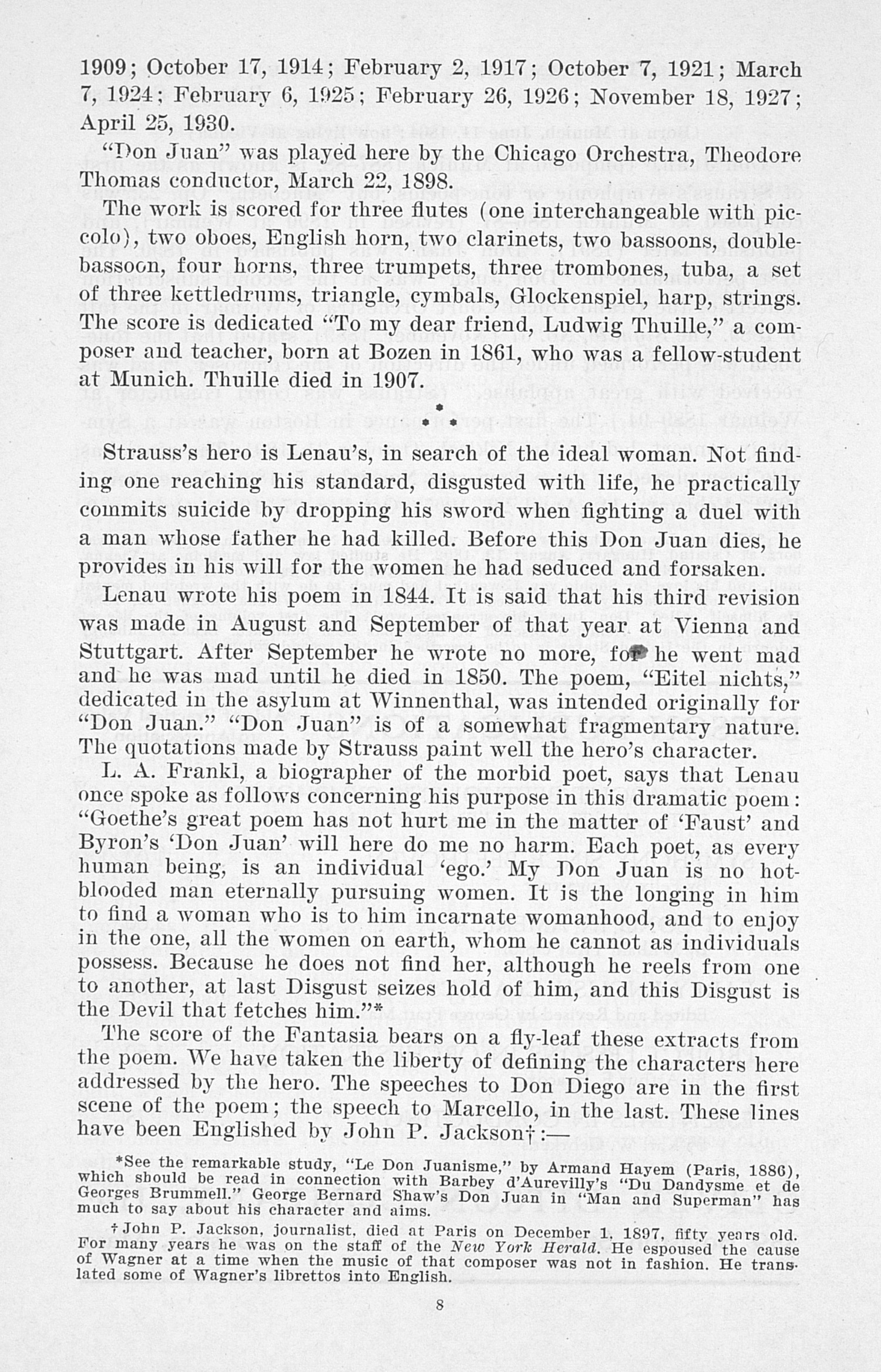 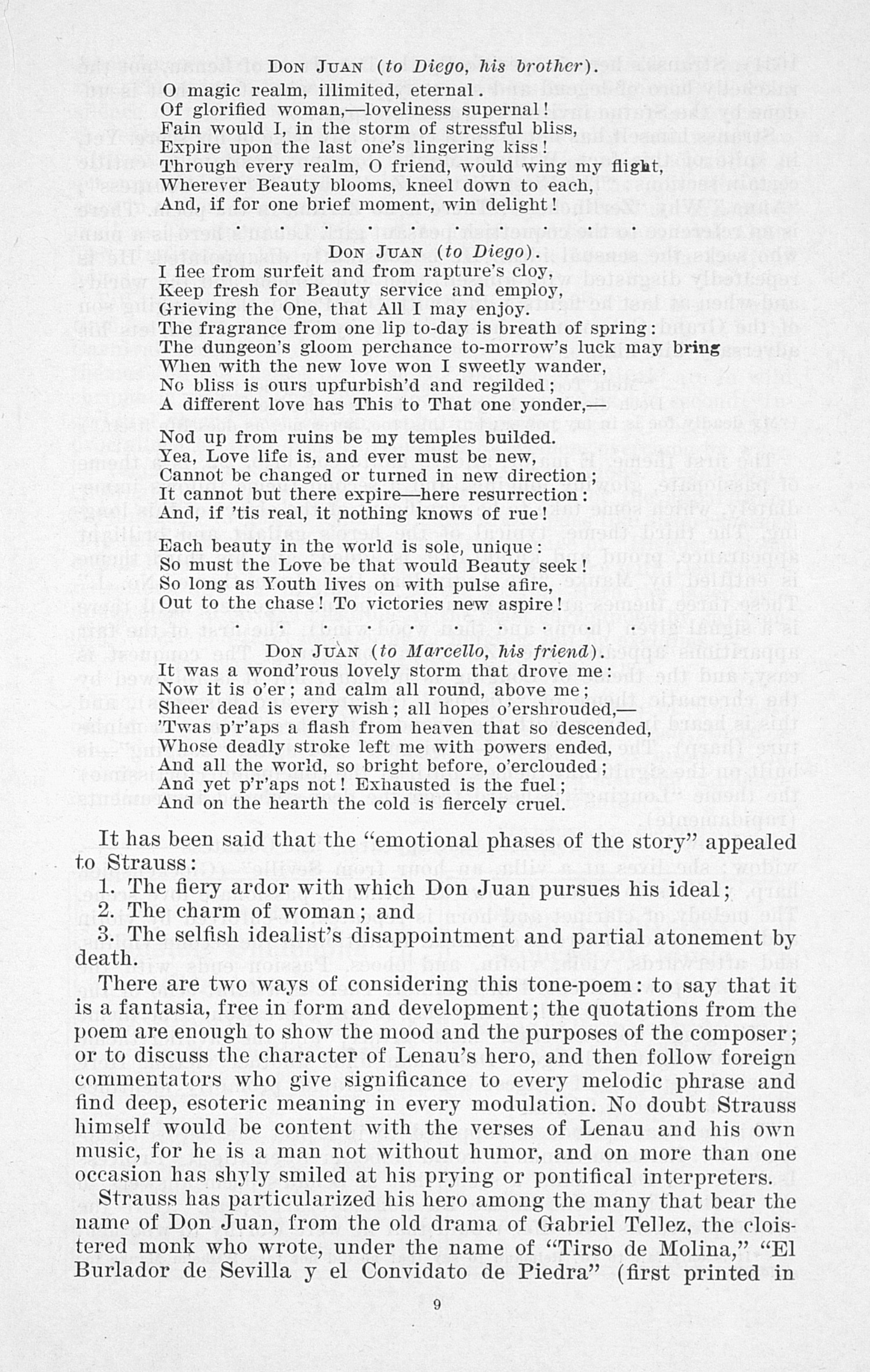 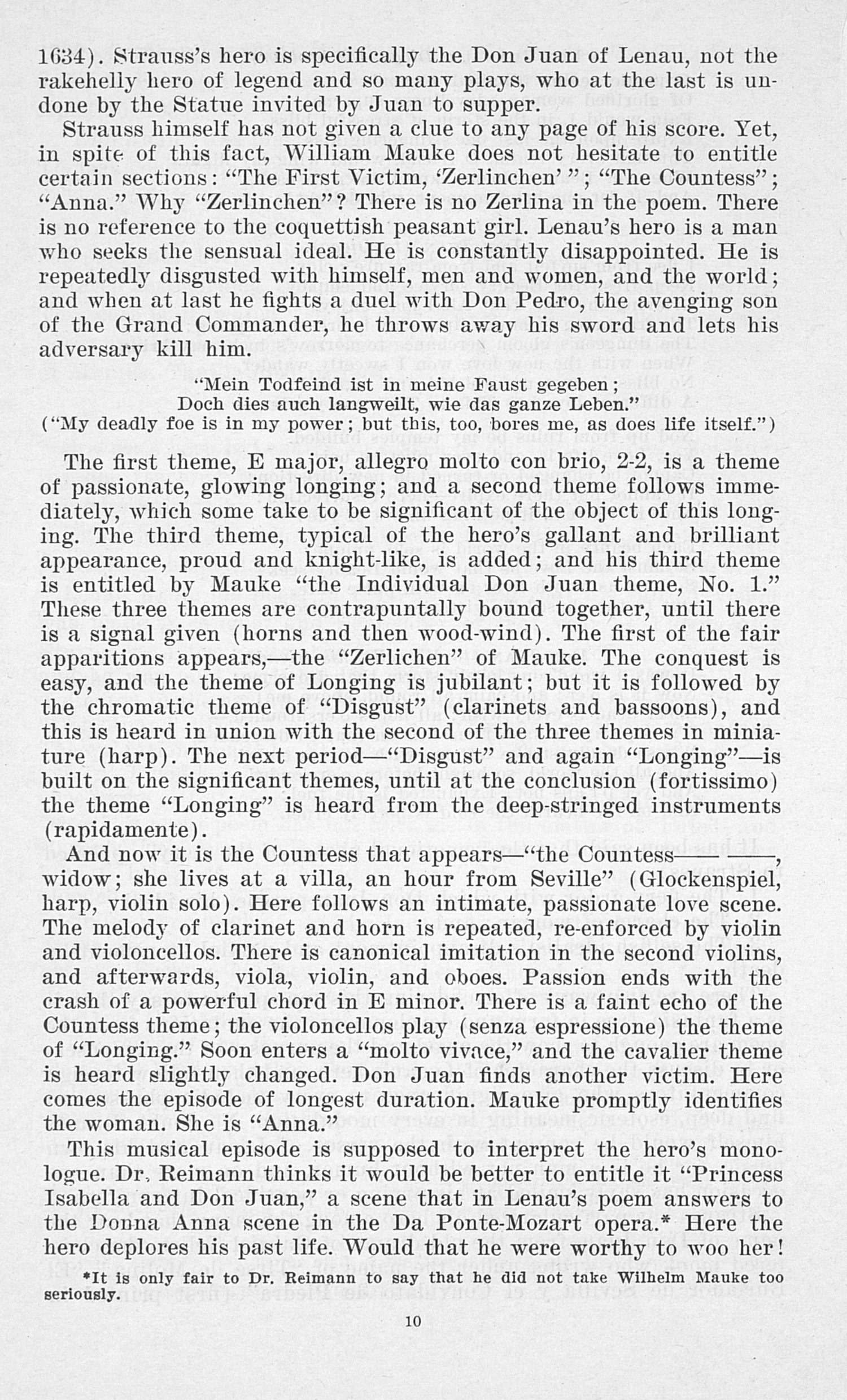 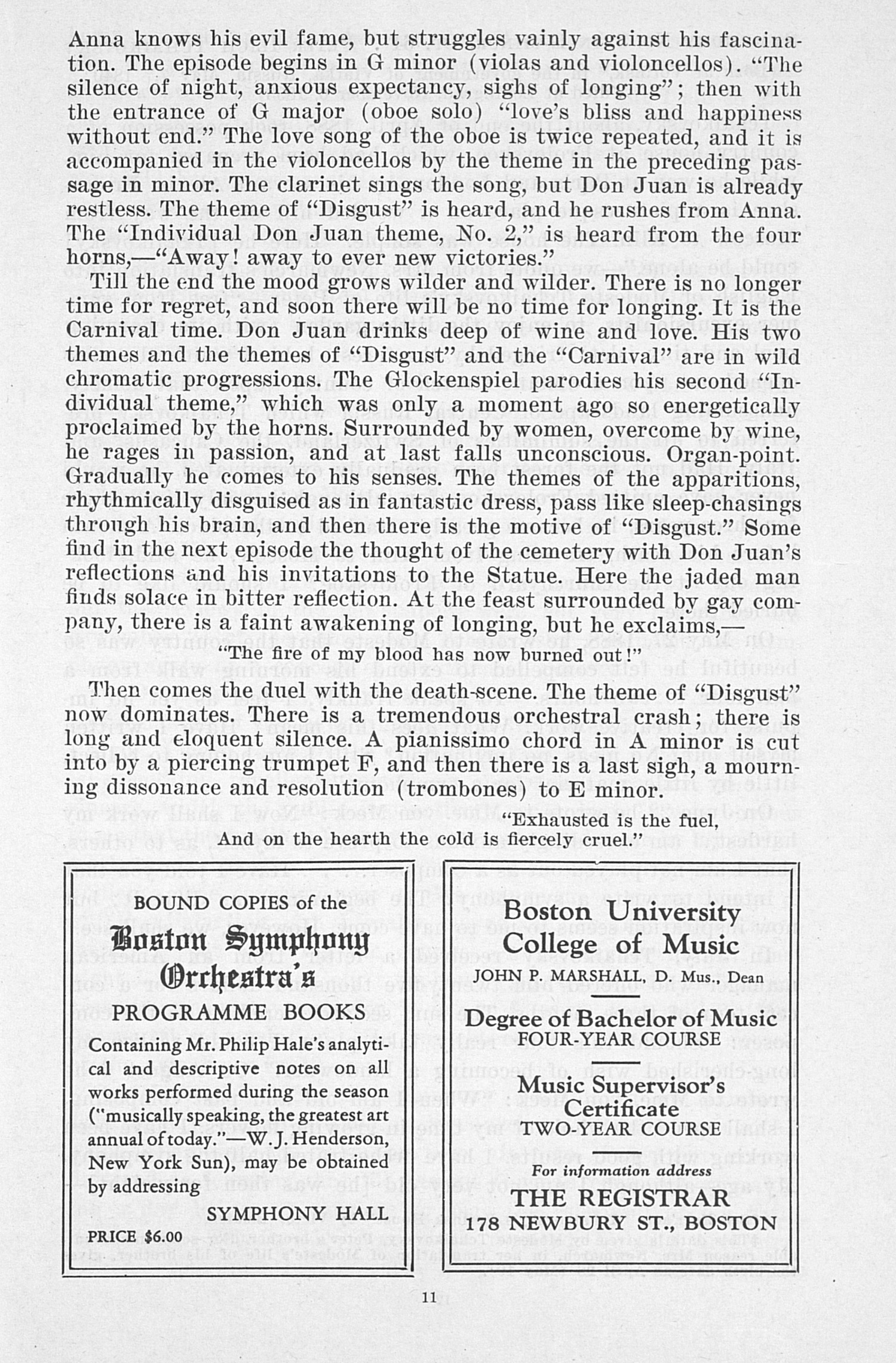 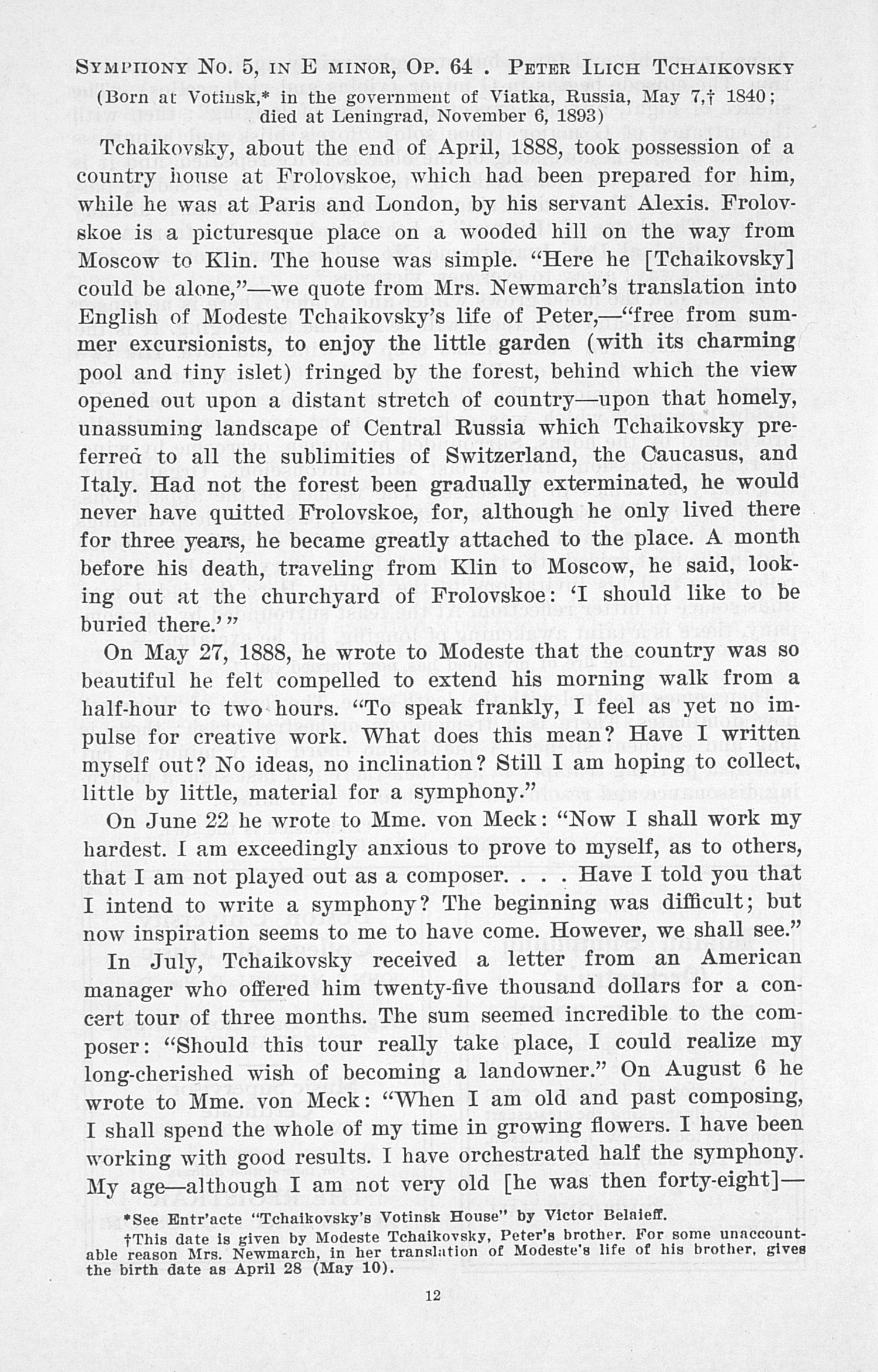 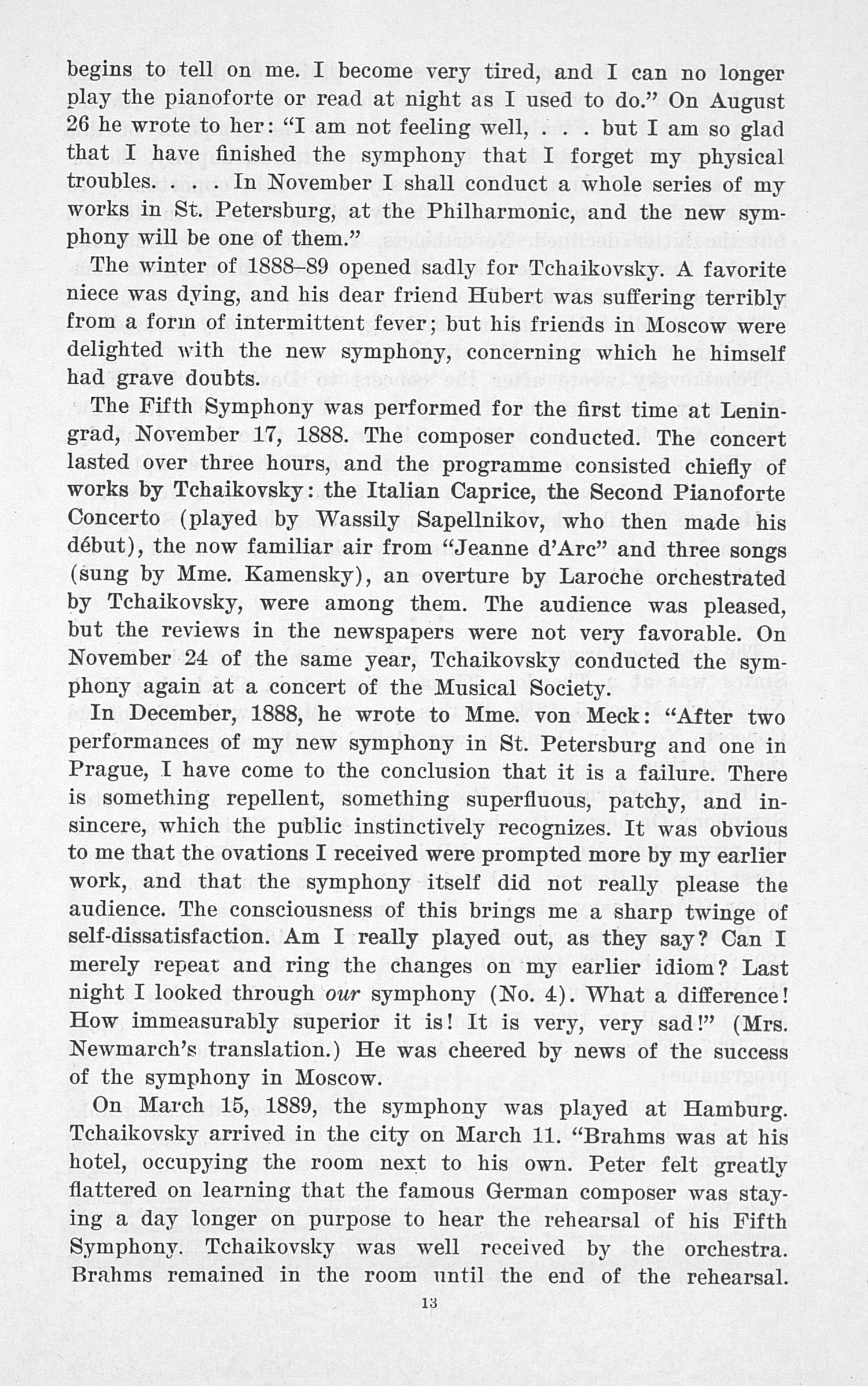 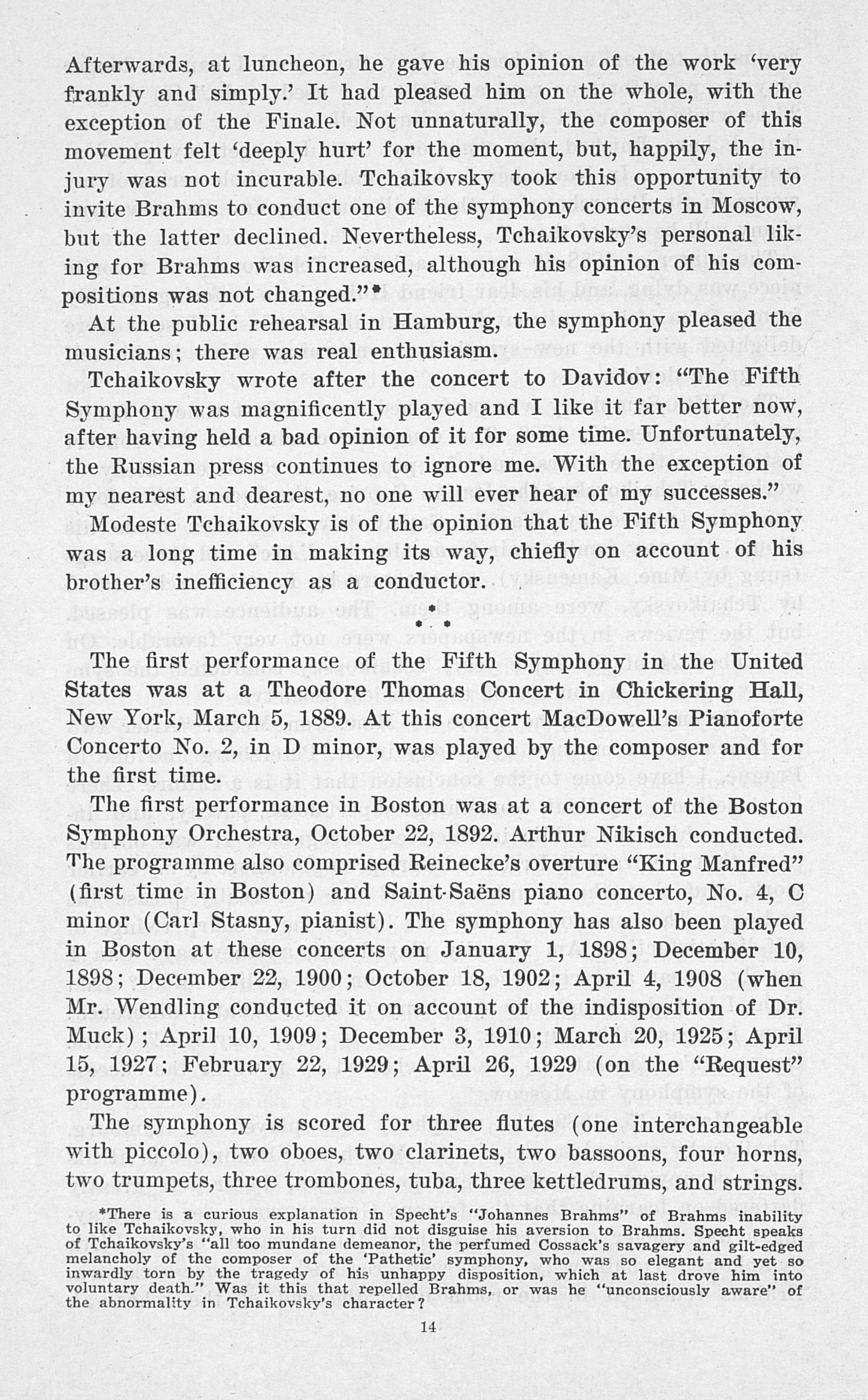 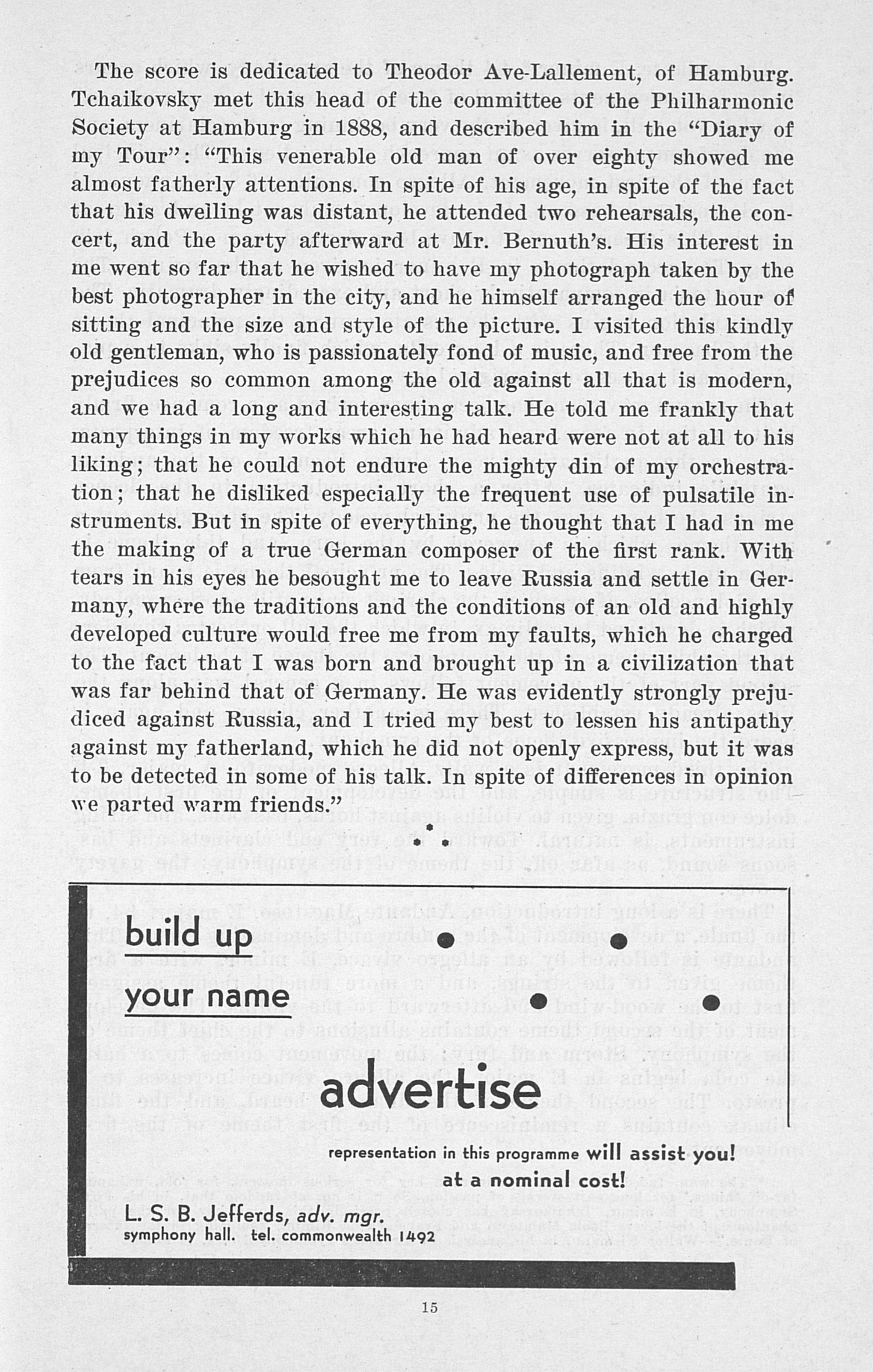 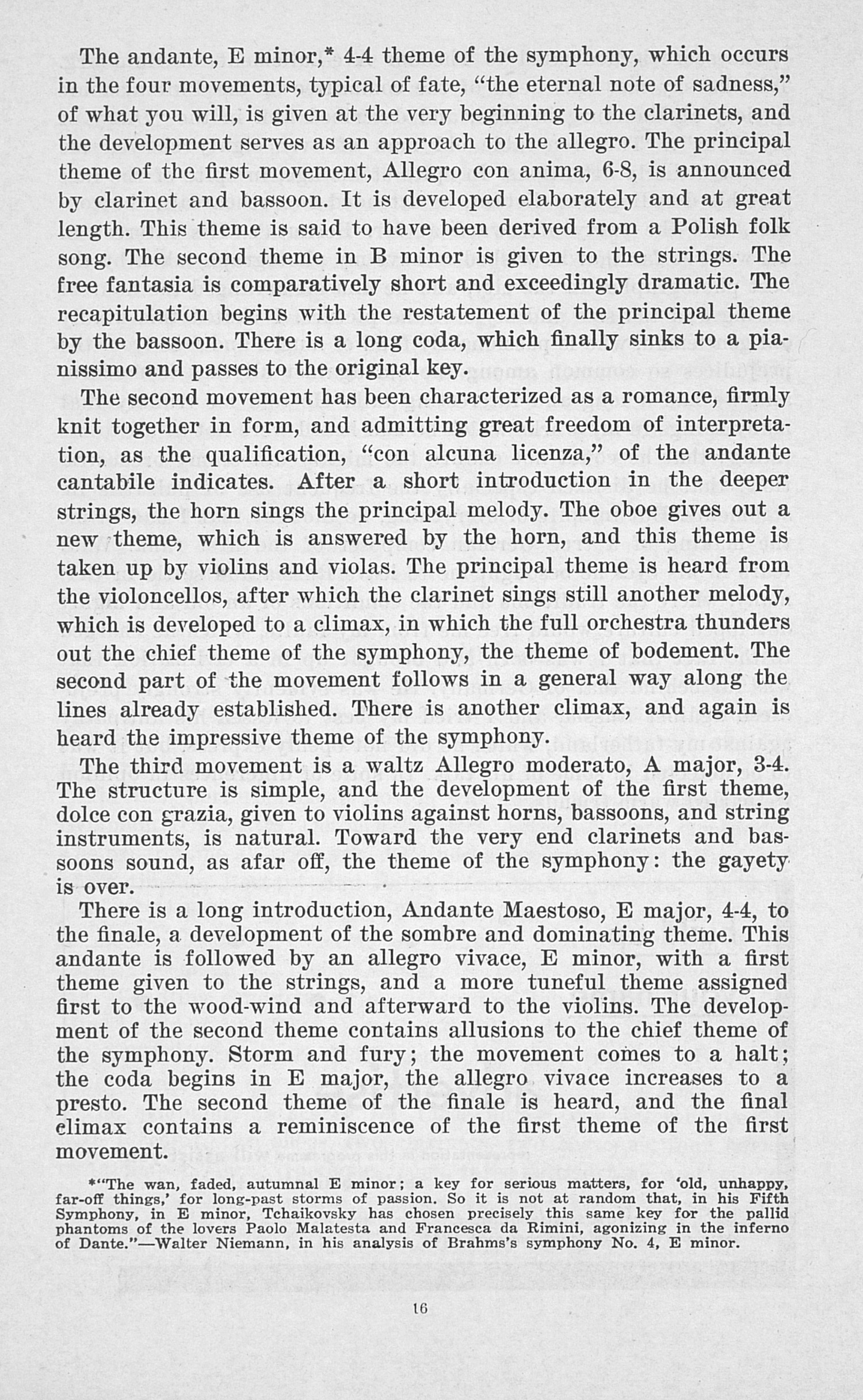 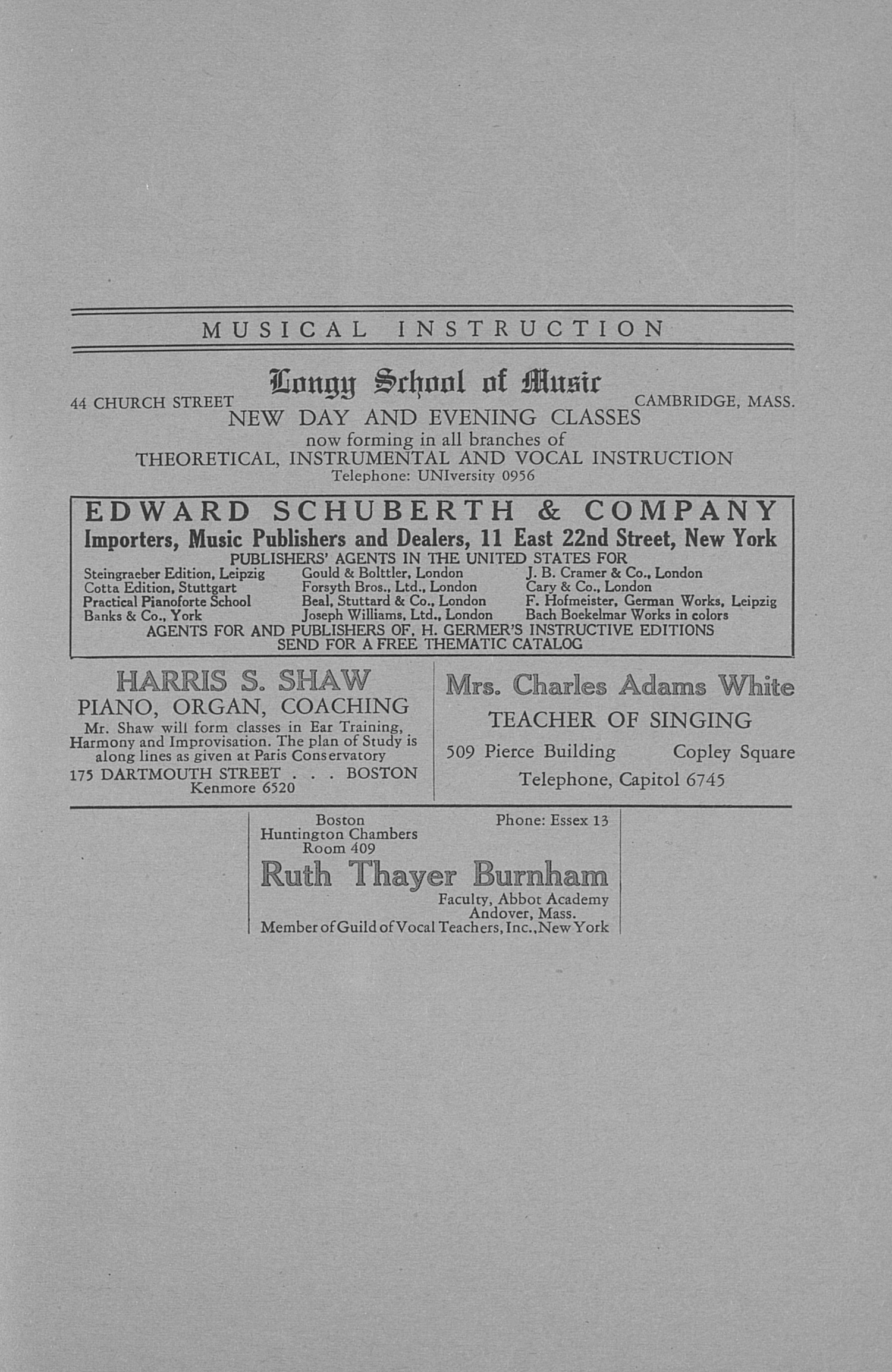 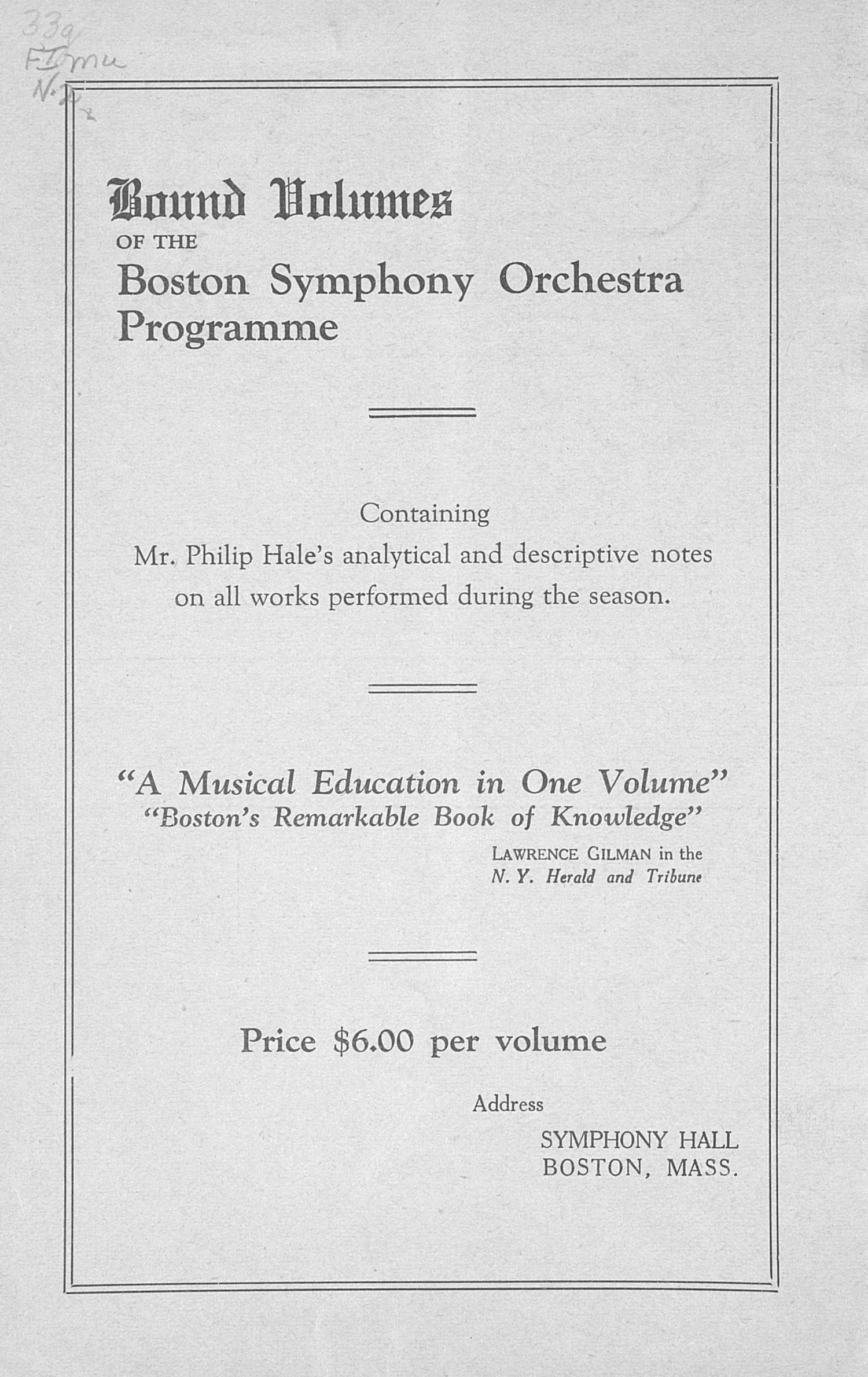 The andante, B minor, 4-4 theme of the symphony, which occurs in the four movements, typical of fate, "the eternal note of sadness," of what you will, is given at the very beginning to the clarinets, and the development serves as an approach to the allegro. The principal theme of the first movement, Allegro con anima, 6-8, is announced by clarinet and bassoon. It is developed elaborately and at great length. This theme is said to have been derived from a Polish folk song. The second theme in B minor is given to the strings. The free fantasia is comparatively short and exceedingly dramatic. The recapitulation begins with the restatement of the principal theme by the bassoon. There is a long coda, which finally sinks to a piaÂ­nissimo and passes to the original key.
The second movement has been characterized as a romance, firmly knit together in form, and admitting great freedom of interpretaÂ­tion, as the qualification, "con alcuna licenza," of the andante cantabile indicates. After a short introduction in the deeper strings, the horn sings the principal melody. The oboe gives out a new theme, which is answered by the horn, and this theme is taken up by violins and violas. The principal theme is heard from the violoncellos, after which the clarinet sings still another melody, which is developed to a climax, in which the full orchestra thunders out the chief theme of the symphony, the theme of bodement. The second part of the movement follows in a general way along the lines already established. There is another climax, and again is heard the impressive theme of the symphony.
The third movement is a waltz Allegro moderato, A major, 3-4. The structure is simple, and the development of the first theme, dolce con grazia, given to violins against horns, bassoons, and string instruments, is natural. Toward the very end clarinets and basÂ­soons sound, as afar off, the theme of the symphony: the gayety is over.
There is a long introduction, Andante Maestoso, E major, 4-4, to the finale, a development of the sombre and dominating theme. This andante is followed by an allegro vivace, E minor, with a first theme given to the strings, and a more tuneful theme assigned first to the wood-wind and afterward to the violins. The developÂ­ment of the second theme contains allusions to the chief theme of the symphony. Storm and fury; the movement coines to a halt; the coda begins in E major, the allegro vivace increases to a presto. The second theme of the finale is heard, and the final climax contains a reminiscence of the first theme of the first movement.
"The wan, faded, autumnal E minor; a key for serious matters, for 'old, unhappy, far-off things,' for long-past storms of passion. So it is not at random that, in his Fifth Symphony, in E minor, Tchaikovsky has chosen precisely this same key for the pallid phantoms of the lovers Paolo Malatesta and Francesca da Rimini, agonizing in the inferno of Dante."'--Walter Niemann, in his analysis of Brahms's symphony No. 4, E minor.
16
MUSICAL INSTRUCTION
44 CHURCH STREET -'J r CAMBRIDGE, MASS.
NEW DAY AND EVENING CLASSES
now forming in all branches of THEORETICAL, INSTRUMENTAL AND VOCAL INSTRUCTION
Telephone: UNIversity 0956
EDWARD SCHUBERTH & COMPANY Importers, Music Publishers and Dealers, 11 East 22nd Street, New York
PUBLISHERS1 AGENTS IN THE UNITED STATES FOR
Steingraebcr Edition. Leipzig Gould & Bolttler, London J. B. Cramer & Co., London
Cotta Edition, Stuttgart Forsyth Bros., Ltd., London Cary & Co., London
Practical Pianoforte School Beal, Stuttard & Co., London F. Hofmeister, German Works, Leipzig
Banks & Co., York Joseph Williams, Ltd., London Bach Boekelmar Works in colors
AGENTS FOR AND PUBLISHERS OF. H. GERMER'S INSTRUCTIVE EDITIONS SEND FOR A FREE THEMATIC CATALOG
HARRIS S. SI
PIANO, ORGAN, COACHING
Mr. Shaw will form classes in Ear Training, Harmony and Improvisation. The plan of Study is
along lines as given at Paris Conservatory
175 DARTMOUTH STREET . . . BOSTON
Kenmore 6520
TEACHER OF SINGING
509 Pierce Building Copley Square
Telephone, Capitol 6745
Boston
Huntington Chambets Room 409
Phone: Essex 13
Iff .
Faculty, Abbot Academy
Andover, Mass. Member ofGuild ofVocal Teachers, Inc..New York
OF THE
Boston Symphony Orchestra Programme
Containing
Mr. Philip Hale's analytical and descriptive notes on all works performed during the season.
"A Musical Education in One Volume"
"Boston's Remarkable Book of Knowledge"
Lawrence Gilman in the N. Y. Herald and Tribunt
Price $6.00 per volume
Address
SYMPHONY HALL BOSTON, MASS.