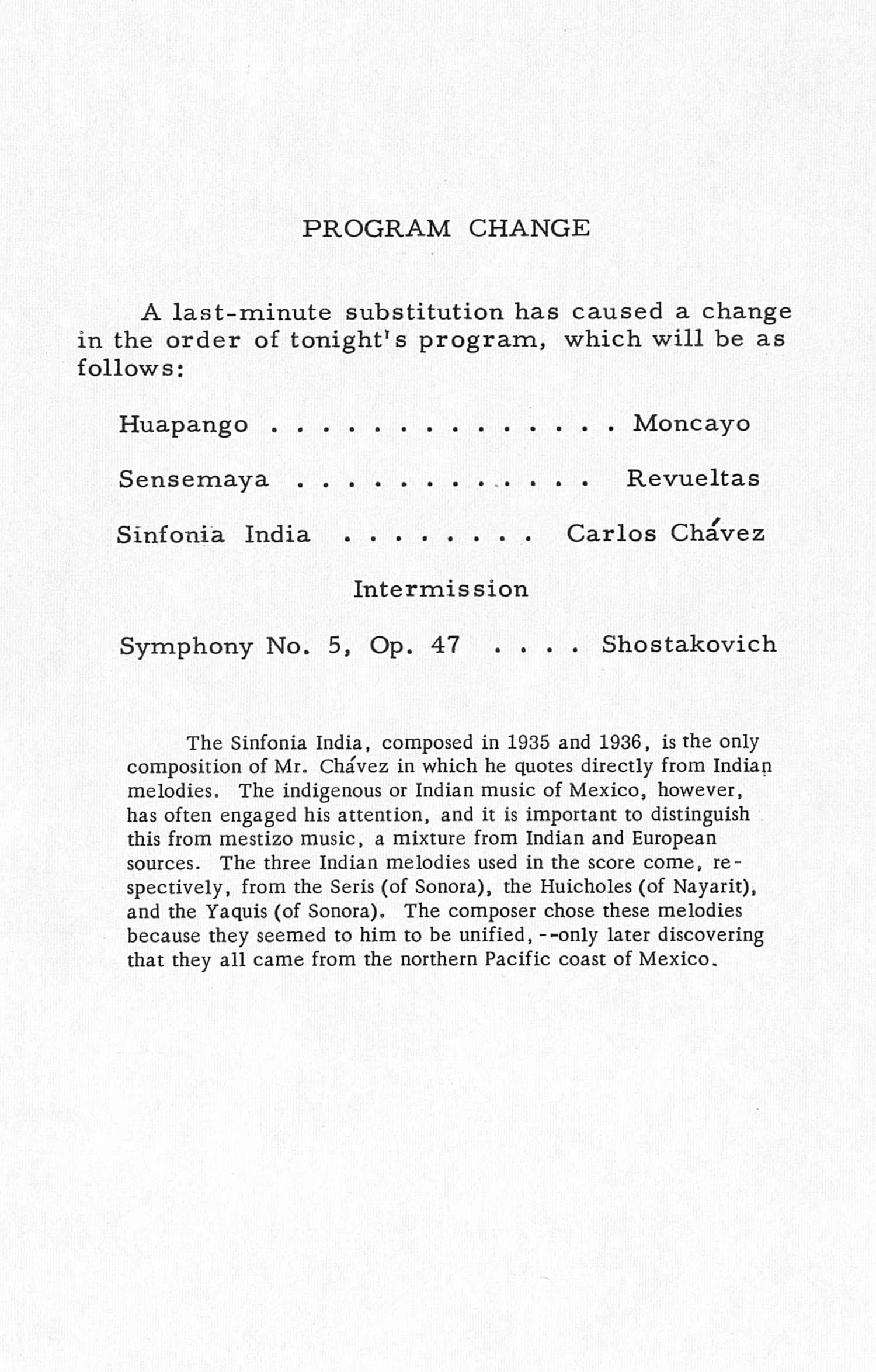 PROGRAM CHANGE
A lastminute substitution has caused a change in the order of tonight's program, which will be as follows:
Huapango..............Moncayo
Sensemaya............ Revueltas
Sinfonia India........ Carlos Chavez
Intermission Symphony No. 5, Op. 47 .... Shostakovich
The Sinfonia India, composed in 1935 and 1936, is the only composition of Mr. Chavez in which he quotes directly from Indian melodies. The indigenous or Indian music of Mexico, however, has often engaged his attention, and it is important to distinguish this from mestizo music, a mixture from Indian and European sources. The three Indian melodies used in the score come, re?spectively, from the Seris (of Sonora), the Huicholes (of Nayarit), and the Yaquis (of Sonora). The composer chose these melodies because they seemed to him to be unified, only later discovering that they all came from the northern Pacific coast of Mexico.