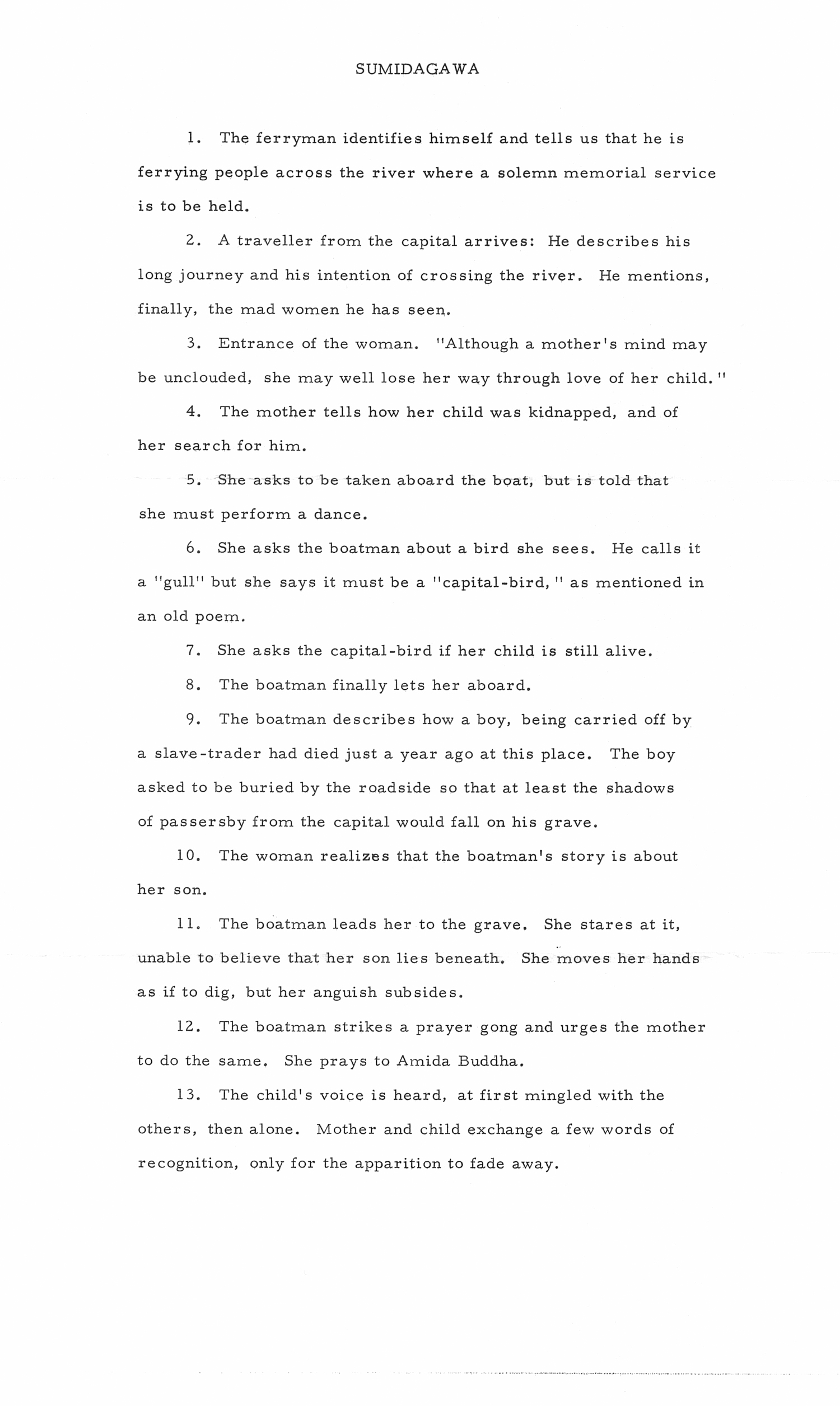 SUMIDAGAWA
1. The ferryman identifies himself and tells us that he is ferrying people across the river where a solemn memorial service is to be held.
2. A traveller from the capital arrives: He describes his long journey and his intention of crossing the river. He mentions, finally, the mad women he has seen.
3. Entrance of the woman. "Although a mother's mind may be unclouded, she may well lose her way through love of her child. "
4. The mother tells how her child was kidnapped, and of her search for him.
5. She asks to be taken aboard the boat, but is told that she must perform a dance.
6. She asks the boatman about a bird she sees. He calls it a "gull" but she says it must be a "capitalbird, " as mentioned in an old poem.
7. She asks the capitalbird if her child is still alive.
8. The boatman finally lets her aboard.
9. The boatman describes how a boy, being carried off by a slavetrader had died just a year ago at this place. The boy asked to be buried by the roadside so that at least the shadows of passersby from the capital would fall on his grave.
10. The woman realizes that the boatman's story is about her son.
11. The boatman leads her to the grave. She stares at it, unable to believe that her son lies beneath. She moves her hands as if to dig, but her anguish subsides.
12. The boatman strikes a prayer gong and urges the mother to do the same. She prays to Amida Buddha.
13. The child's voice is heard, at first mingled with the others, then alone. Mother and child exchange a few words of recognition, only for the apparition to fade away.